4 Comments Posted by infinitezenith on November 25, 2020

“Christmas is doing a little something extra for someone.” –Charles M. Schulz

While on patrol, Eila and Sanya encounter a Neuroi capable of producing a copious amount of fog. They decide to turn back and report to base, and Eila begins making himmeli ahead of the Saturnus Festival. As it turns out, the same Neuroi had been responsible for blanketing the entire Kiel area, preventing reconnaissance aircraft from obtaining aerial photographs of the Neuroi’s placement. The original plan had been to use these photos and perform precision airstrikes on these targets to capture Kiel, but with the fog, the higher ups feel that a strategic bombing operation will be required. Gertrude confronts Minna after the briefing and expresses her displeasure: as she and Minna grow older, their capabilities as Witches will begin dropping off, and Gertrude had wanted to at least see Karlsland liberated before they retired. The two reluctantly agree to escort Allied bombers to Kiel for a strategic bombing operation. Upon overhearing this, Sanya decides to draft out her own plan – Orussia had similarly been occupied by the Neuroi, and she empathises with both Gertrude and Minna. Because the fog severely reduces visibility, she has Eila, Yoshika and Shizuka drill in low visibility exercises, and despite initial setbacks, the four are ready to go. When they encounter the Neuroi, Sanya orders the others to hold fire until they are close enough to the Neuroi. However, Eila senses something is off, and after feeling Sanya is in danger, opens fire. With the element of surprise lost, the four are forced to retreat. Sanya and Eila argue on which course of action was correct, and Sanya decides to attempt the operation again without Eila. Without anything else to do, Eila continues working on her Saturnus ornaments, sharing a conversation with Minna before learning why Sanya had failed to detect the Neuroi. In the skies over Kiel, Sanya, Yoshika and Shizuka are overwhelmed by the Neuroi: its main body is largely hollow, explaining why Sanya could not detect it. Eila arrives just in time to save them, and uses her precognition magic to determine where the Neuroi’s core is located, allowing Sanya to destroy the Neuroi. With the Neuroi eliminated, the fog begins clearing, and the bombers, now with a clear line of sight, are able to destroy Neuroi anti-air emplacements with pinpoint precision. Kiel is swiftly captured, and as the 501st celebrate Saturnus, Eila receives a surprise gift from Sanya, leaving her overjoyed. Road to Berlin is back on track – with Kiel in Allied hands, we’re now a stone’s throw away from Strike Witches‘ feature presentation.

Generally speaking, the Sanya-Eila episodes are a fan favourite, and Road to Berlin demonstrates that it is for good reason – second to the Karlsland Witches, Sanya and Eila’s stories are a touching story of closeness between the soft-spoken night Witch and an energetic Seer who is all too happy to look after her. Sanya’s quiet and stoic mannerisms means that it is rare to see her express any emotions, especially since as a night Witch, Sanya is often sent on night missions and sleeps during the day. As such, episodes like this week’s Road to Berlin offer a fantastic chance to see more of Sanya – beyond her reserved, taciturn personality, she is as determined and resolute as Gertrude and Minna are about taking back their homelands from the Neuroi, and even goes to the lengths of clashing with Eila when their initial operation fails. For her part, Eila’s anger stems from Sanya not trusting her: it would have come as a shock for Eila, as the two have been flying together for a long time. The episode is therefore a demonstration that in combat, the Witches must have enough faith in one another to trust one another’s judgements; Eila had counted fully on Sanya’s detection magic to help them navigate, and in the heat of a situation, the precognition magic Eila has is reliable enough to help her keep teammates out of harm’s way and locate a Neuroi’s core. When separated, the Witches fare poorly against Neuroi because individually, their powers are highly specialised; it is together that creative and adaptive use of everyone’s skill set that things get done, and this week, through Sanya and Eila, viewers are reminded again that the 501st’s greatest strength lies in their teamwork, and a core part of this teamwork is both following orders where appropriate, as well as having faith in the judgement of the other Witches once combat begins. 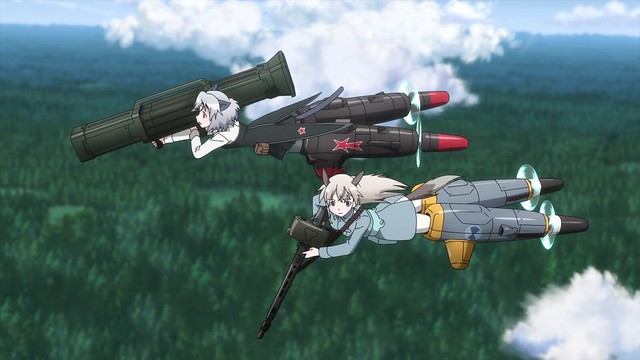 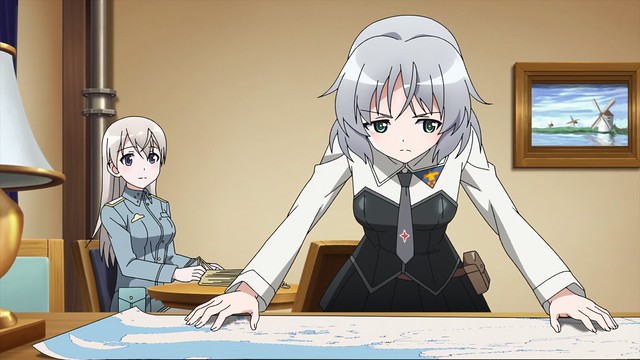 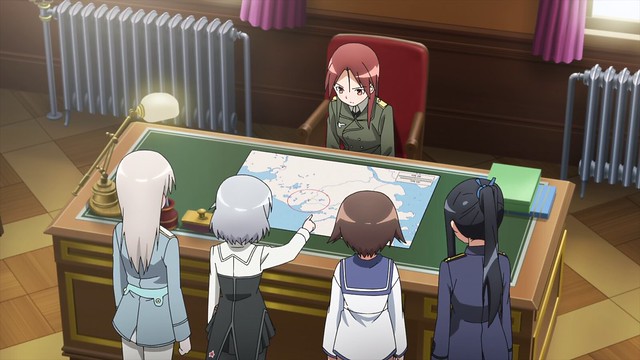 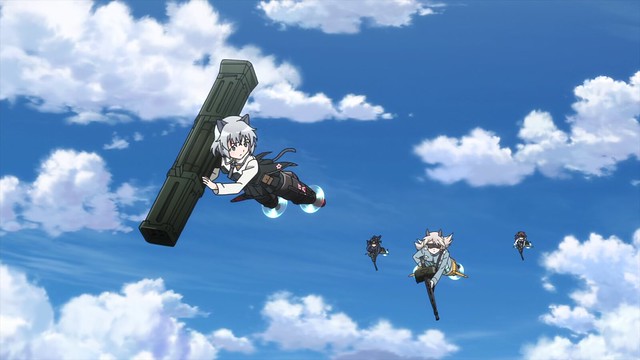 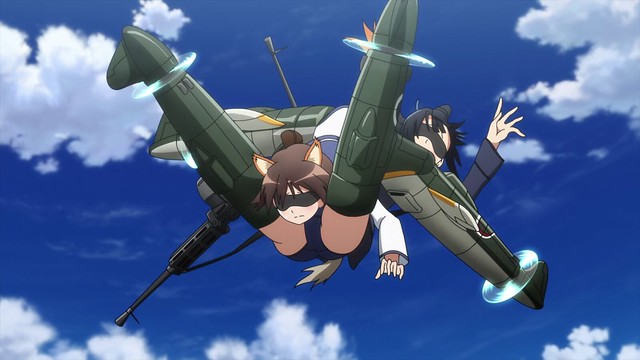 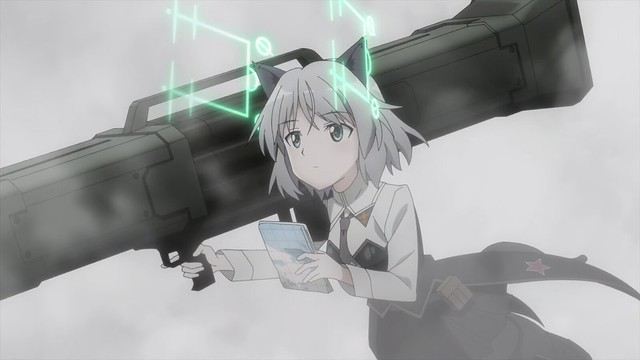 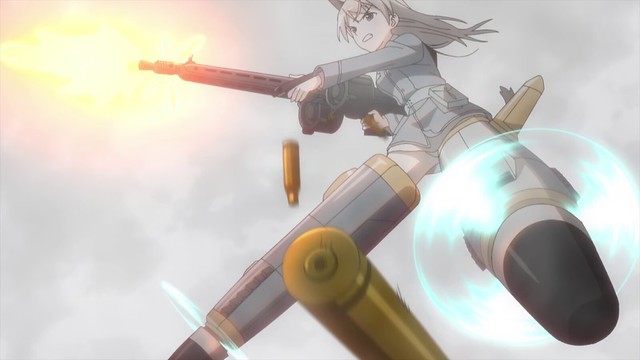 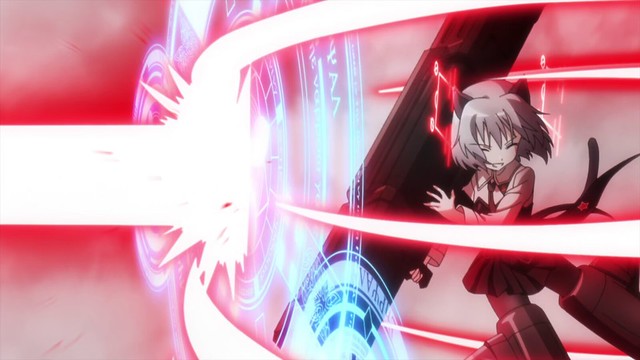 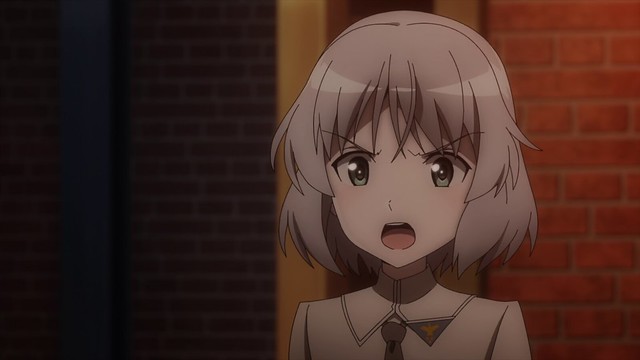 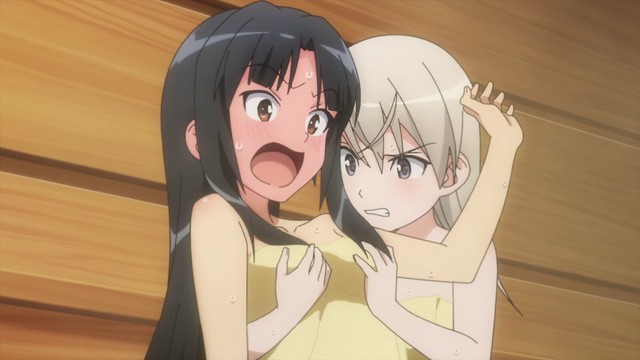 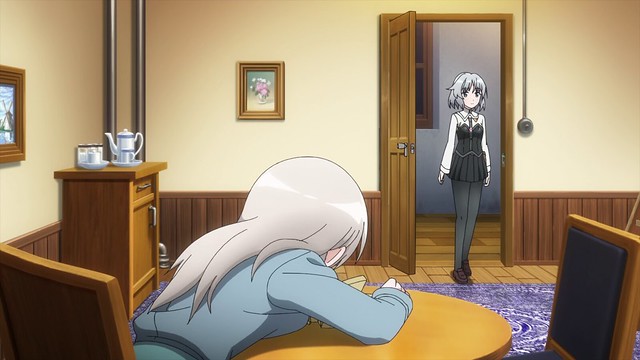 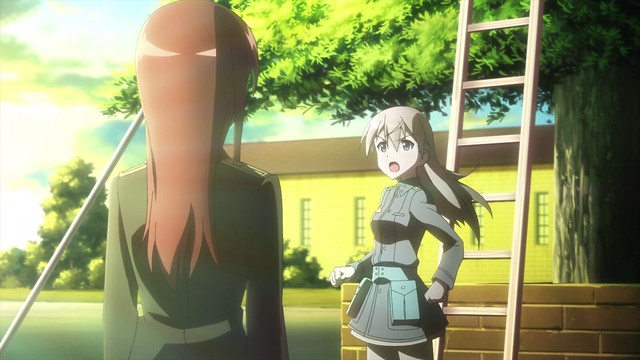 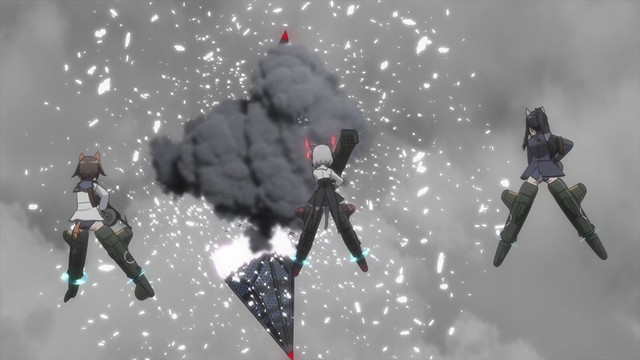 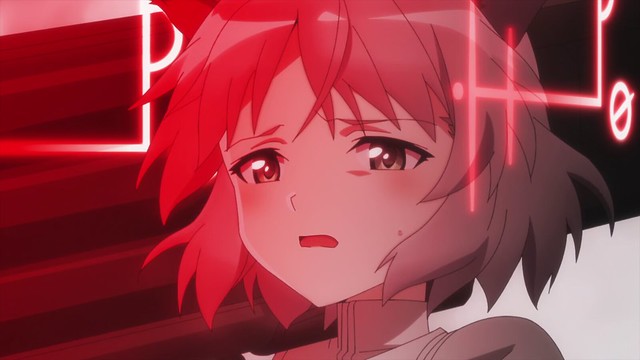 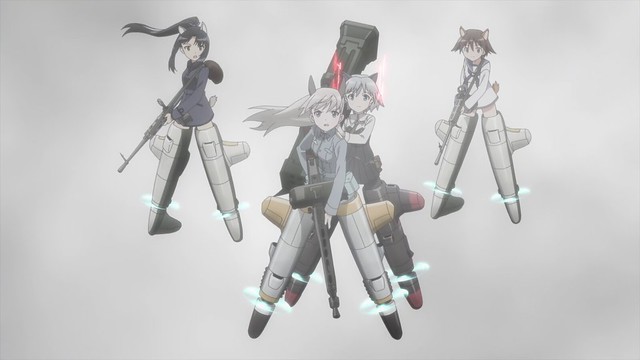 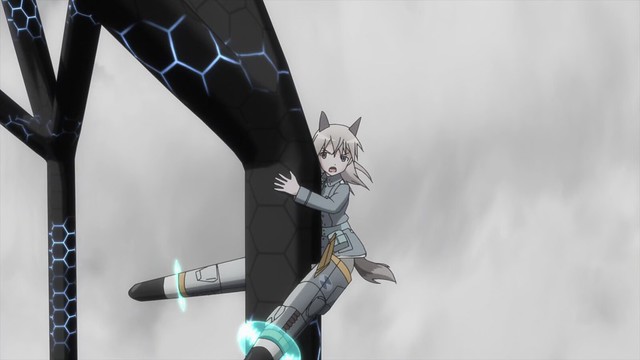 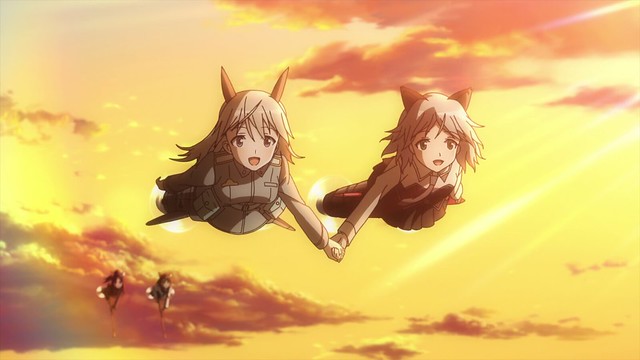 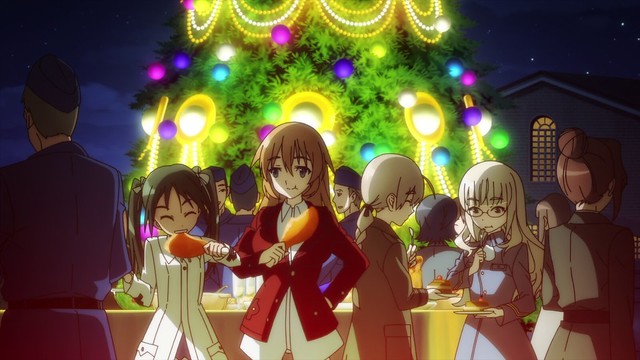 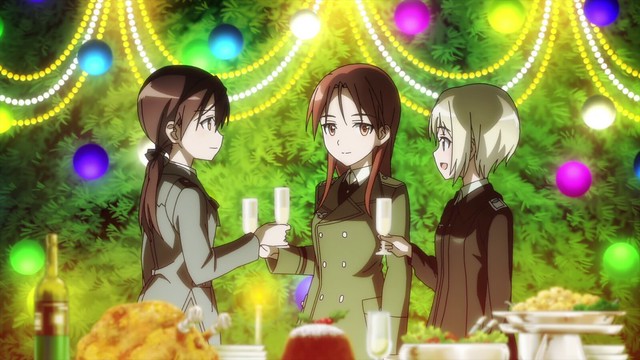 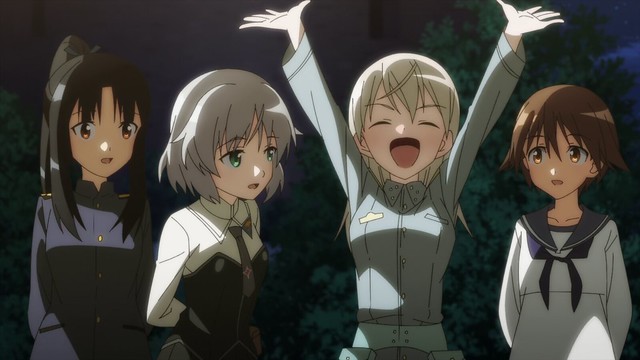 Today is one month before Christmas Day: it is especially fitting that in Road to Berlin, the episode was framed around the Saturnus Festival, which is functionally equivalent to Christmas. In my talk for Brave Witches‘ seventh episode, I touched on what the original Saturnus Festival entailed: it is Roman in origin, being a time of celebration and cheer. In the Strike Witches universe, Saturnus diverged from its Roman background and became more similar to the Christian celebration of Jesus Christ’s birth, as well as various European winter festivals. Being a time of togetherness, the Saturnus Festival acts as a fantastic opportunity to bring Eila and Sanya together; traditionally, Strike Witches had always been fond of ruining any quiet moments the two had for comedy’s sake, but Road to Berlin chooses to go with a different route, and in doing so, it creates a very satisfying moment towards the episode’s end. For Eila, there is no greater gift than seeing Sanya happy, and since she typically gets shafted by circumstance or bad luck where Sanya is concerned, it was especially rewarding to see the two share a Saturnus moment together. While things are quite rosy in Road to Berlin on their equivalent of Christmas (Minna, Gertrude and Erica are pleased to learn that things are progressing according to plans), the fact remains is that there will be an uphill battle leading up to the liberation of Berlin. Next week’s episode will deal with Minna: being the oldest of the Witches, her ability in combat was brought up this episode, and recalling how determined she’d been to keep Mio safe during the events of season one, it will be interesting to see if the next episode follows how she handles the inevitability of time.