2 Comments Posted by infinitezenith on November 28, 2020

“Teachers have three loves: love of learning, love of learners, and the love of bringing the first two loves together.” –Scott Hayden

When Rize’s father laughs at her for having decided on becoming an elementary school teacher, Rize runs away from home. Takahiro agrees to have Rize stay at Rabbit House for a while as Rize and her father work things out. In the meantime, after Rize tells Cocoa and Chino of her aspirations, they decide to help her train for the role. Beyond duties like maintaining a schedule and encouraging students with her energy, Rize is also resourceful and creative, finding new ways to keep Chino and Cocoa motivated when they study. Later, the girls break up into small groups to prepare for their upcoming exams. As the day draws to a close, Rize takes Chino, Megu and Maya to the local pool, where Megu reveals she’s been a little worried about losing sight of Maya and Chino as they pursue their own futures. Upon returning to Rabbit House, Chiya, Cocoa and Sharo surprise Rize with a dinner party as thanks for everything she’s done for them. Happy, but exhausted, Rize falls asleep, and her father comes to pick her up. On the way back home, Rize’s father apologises to Rize after an awkward attempt at conversation and reveals he had been so overjoyed, he was tearing up. Father and daughter reconcile, and Rize gives her father a stamp in appreciation. If last week’s episode was about looking to answers from the past for how to face the future, this week’s episode is entirely about taking that step forwards and embracing a new journey, in addition to how one’s experiences play a strong role in influencing one’s own interests. Rize has found her calling in life as a result of the irreplaceable, priceless memories she’s had with Chino, Maya and Megu, feeling happiness in looking after them and organising things to ensure their success. As someone who takes joy in watching others succeed, Rize is presented as possessing the temperament and mindset of a teacher.

While this episode of BLOOM makes it openly known that Rize intends to pursue a career in education, GochiUsa has done a phenomenal job of setting things up and foreshadowing this decision. Throughout the entire series, small, seemingly trivial details have been presented that indicate Rize’s affinity for looking after children and instructing them. When she first meets Chino, she crafts her a stuffed rabbit and also goes about trying to help Chino speak more loudly: Rize is a disciplinarian who believes very much in rules and protocol, and isn’t afraid to impose this on her environment to ensure things go smoothly, but she also appreciates how to win people over. In the carrot-and-stick analogy, Rize shows people the stick but gives them the carrot, indicating she knows how to balance discipline and reward. Upon meeting Megu and Maya, Rize is swift to nickname them Chimame for brevity, showing she cares for those around her sufficiently to want to learn their names as soon as possible, and using a mnemonic to help her with this. After Cocoa leaves town to visit home in Dear My Sister, Rize helps to organise Chino, Maya and Megu’s days so they don’t fall to lethargy, tasking them with a heavy schedule and promising to make stuffed rabbits for them if they should stick to it. Rize helps Chino to train for her choral performance in Sing For You, and motivates Chiya to prepare for a school marathon earlier this season. Along the way, she finds ways to inspire and motivate those she works with. Altogether, GochiUsa has laid down the foundations for Rize’s career choice, and looking back at everything that’s happened in GochiUsa, Rize’s goals are admirable, well-chosen. This character growth, however, does not happen in a vacuum: Rize’s also long envied Cocoa for her ability to get along with most everyone, and seeing this side of Cocoa, in conjunction with advice from Tippy, helps Rize to understand that she can get along with others to in her own way. The discipline and order Rize possesses is balanced by a genuine love for those around her, and it is this that makes Rize suited to take on the role of an elementary teacher. 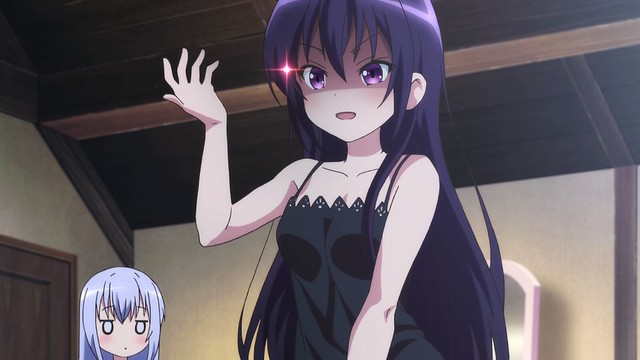 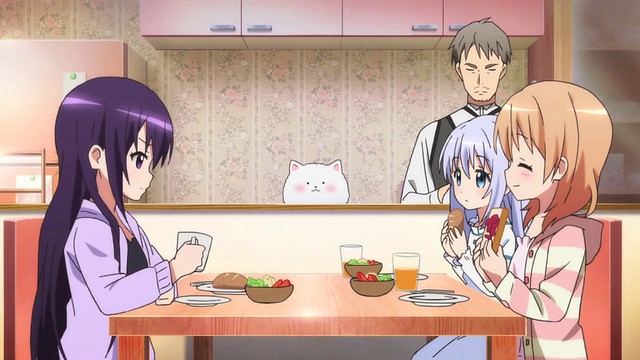 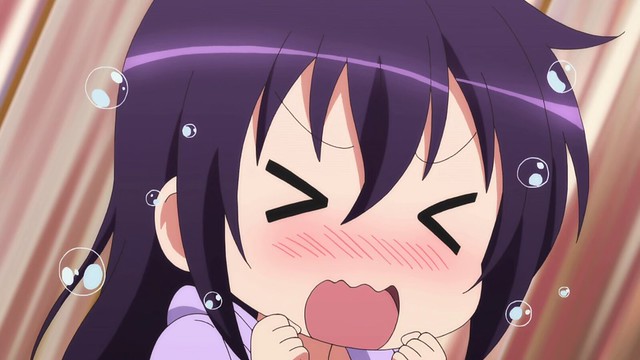 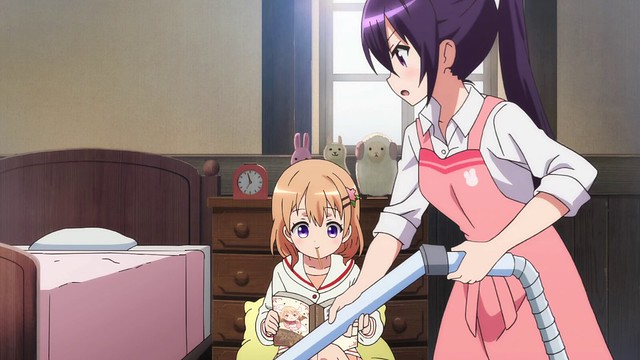 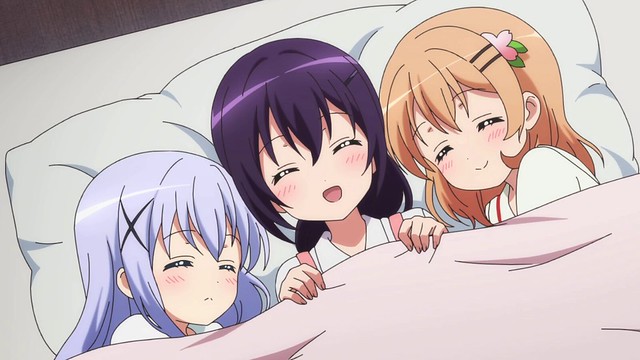 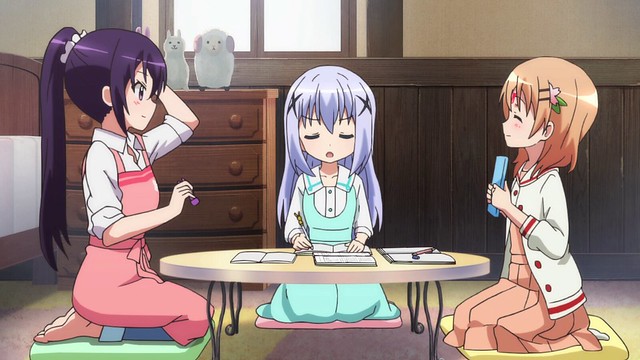 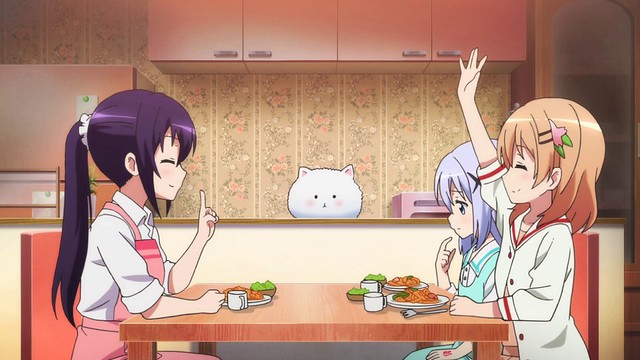 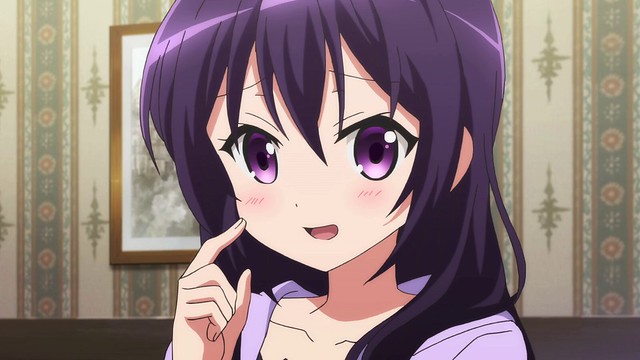 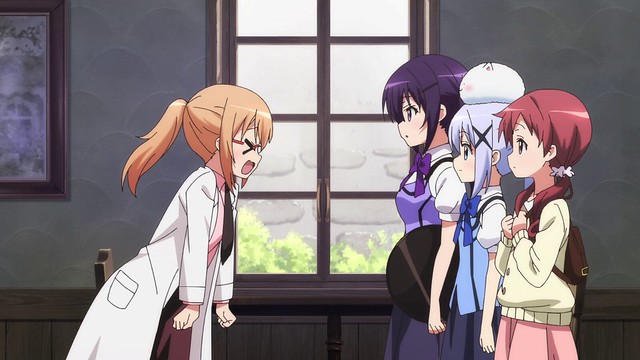 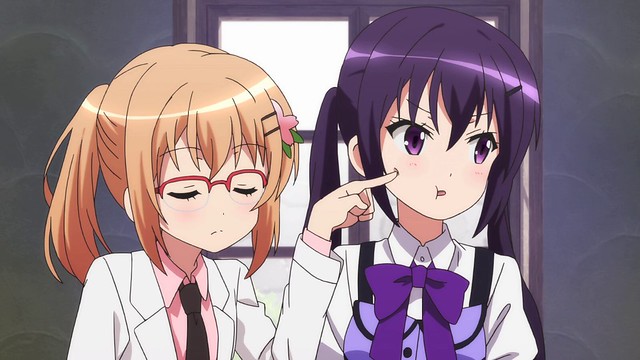 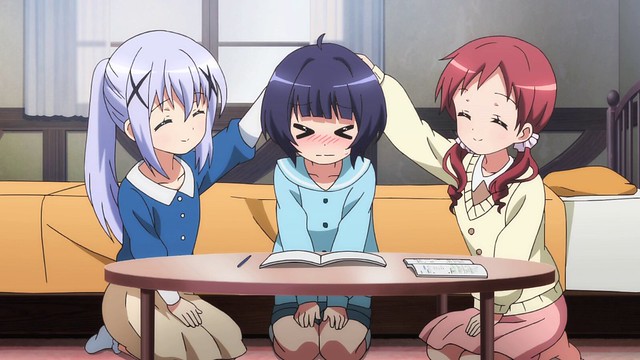 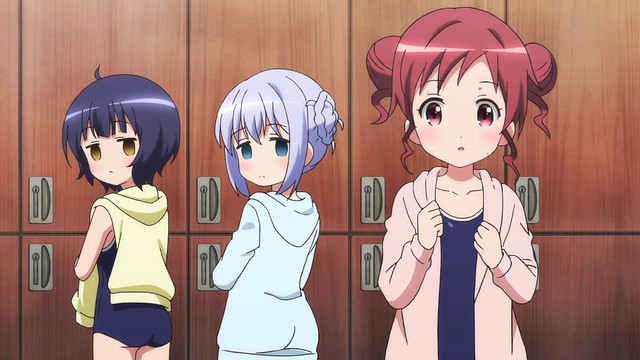 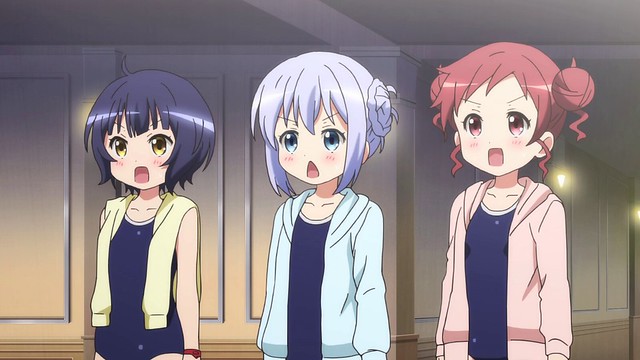 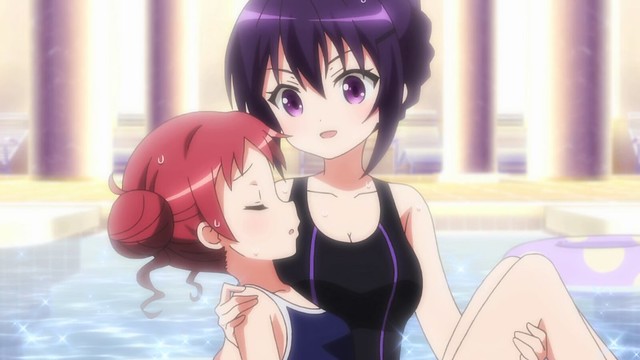 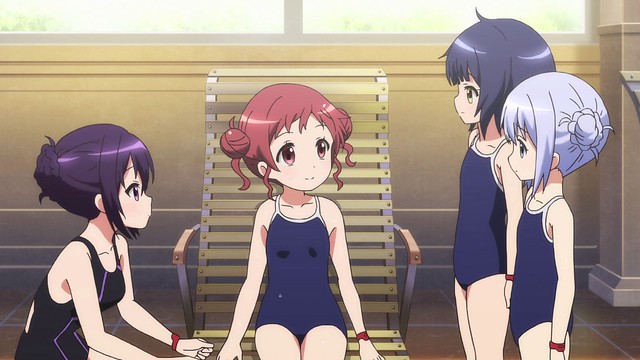 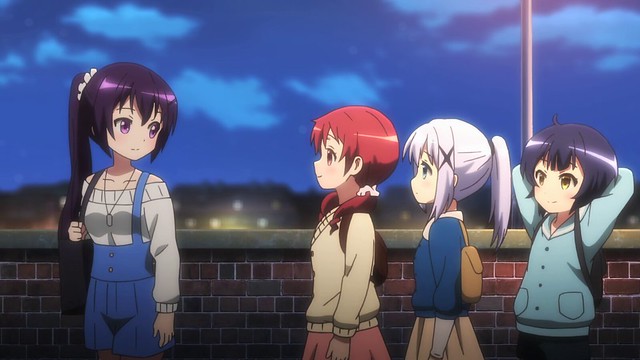 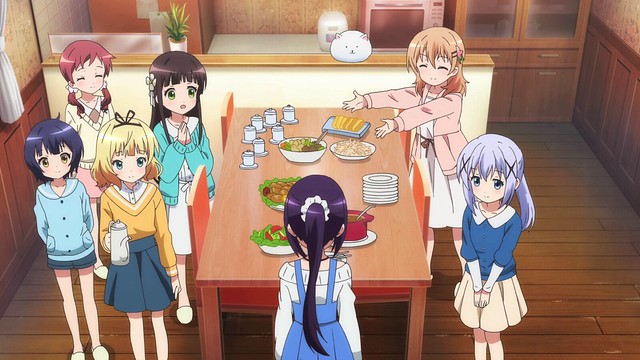 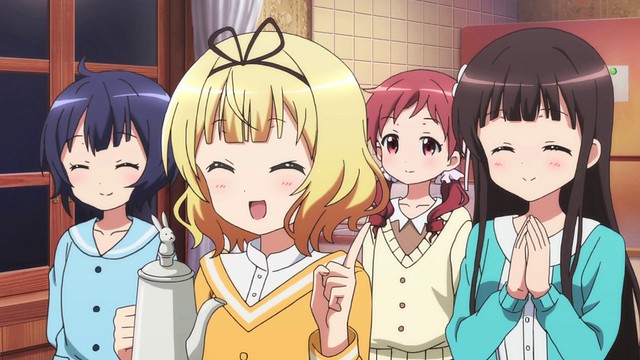 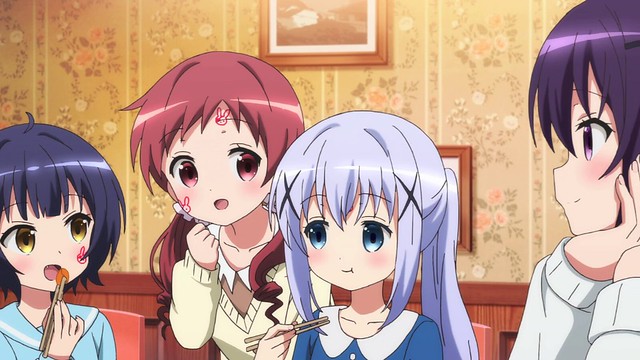 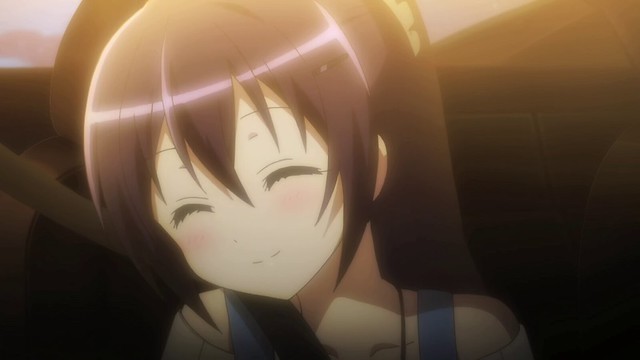 In an episode focused on Rize, BLOOM continues to explore the idea that meetings with others are important. For Rize, her meeting with Chino sets the stage for her to befriend Cocoa, Maya and Megu, as well, which has a tangible impact on her career choices. This is something that people can universally relate to: there are certain individuals in everyone’s lives that have made the present possible, and the future feasible. BLOOM thus indicates that those moments are worth treasuring, and no moment is too small to make memories out of. This week’s episode marks a return to the more down-to-earth setup that GochiUsa typically portrays, and while featuring no supernatural elements or uncommonly distinct scenery as last week’s Halloween episode had, the episode continues to be engaging and joyful to watch. GochiUsa masterfully combines the extraordinary and the mundane to do what very few slice-of-life series can do. In this way, BLOOM represents the progression of the moé genre towards a much more mature and meaningful direction: fluffy moé series have long been counted as being little more than cathartic entertainment or light-hearted comedy, but of late, it’s become apparent that such series utilise their setting to explore a variety of life lessons in a gentle, optimistic fashion. The goal of series like GochiUsa is no longer solely to make viewers laugh out loud or relax, but on top of this, consider important lessons in life. As the world continues hurtling along at a breakneck pace, there are times when these lessons are forgotten in our haste for progress: series like GochiUsa can remind viewers to take a step back and count our blessings, to be thankful for the things that we often take for granted.