Minna’s Sky- Strike Witches: Road to Berlin Review and Reflection at the ¾ mark

6 Comments Posted by infinitezenith on December 2, 2020

“Every job will demand some sacrifice. The key is to avoid unnecessary sacrifice.” –Sheryl Sandberg

En route to Kiel from Hamberg, Minna’s waves off Gertrude’s concerns after the latter asks if she’s having difficulties flying. When they land in Kiel, Erica, Minna and Gertrude meet with General Patton, who is eager to lead his armoured division out to confront the hive in Berlin, dubbed “Wolf”. Ursula is also present, and while she is demonstrating some experimental concepts, the group notices a rocket impacting a nearby area. Although General Patton is okay, the Witches realise that the Neuroi Hive’s now launching long-range ballistic missiles, and if any of those impact Kiel, it would undo all of their progress. Ursula has the perfect countermeasure: a specialised Striker Unit with a modified engine that allows for superior acceleration and top speed, capable of intercepting the Neuroi’s rockets. Minna decides to fly the unit, knowing that her unique detection magic will allow her to make use of the new Striker Unit. While she is successful, use of the unit leaves her exhausted. Gertrude confronts Minna about the latter’s dwindling magic, and while Minna appreciate her concern, she resolves to do whatever it takes to recover Berlin before her time as a Witch ends. When another rocket strikes a kilometre from Kiel, the 501st decide to clandestinely move closer to the hive in an attempt to intercept the next rocket, using the Karlsland Autobahn. En route, Minna promises to take the two to her favourite Berlin café once they recover the city after Erica complains about the dandelion coffee Ursula is sharing. When they arrive at the designated launch point, Ursula immediately begins fuelling the Striker Unit up, while Erica and Gertrude square off against the Su-47 type Neuroi dispatched to handle them. The Neuroi, being altered to their presence, launches earlier than expected, although Minna is able to take to the skies and destroy the rocket. When the Neuroi prepares a barrage in retaliation, Minna pushes herself to the limit, eliminating all of the rockets before succumbing to exhaustion. Gertrude manages to rescue her before Minna can fall into the Neuroi hive, and the three head rejoin Ursula, who, in her haste to greet them, trips on the fuel cable, showering all four of the Witches in the highly corrosive fuel, destroying their clothes.

It seems only a long time ago that Mio’s age was causing her magic to rapidly atrophy and deplete: back when this was an issue, Minna had even resorted to drawing her sidearm when confronting Mio in the hopes of getting her to stand down, but ultimately, Mio was able to fly alongside and lead the 501st for another full season before use of her custom katana fully drained her magic. Mio ahd since accepted that she’s no longer a Witch, but continues to help out where she could. For Minna, experiencing this weighs heavily on her mind; although she attempts to put on a brave face for her subordinates, it’s evident that Minna’s biggest wish is to see her promise through, avenging her country and lover by taking back Berlin before her magic is exhausted. While Minna intended to go things alone, this ninth episode of Road to Berlin shows that even as her powers dwindle, Minna still has a group of dedicated Witches in her corner, absolutely intent on keeping their word and liberating Berlin from the Neuroi hive: demonstrating the extent of their faith and trust in one another, Gertrude declares that Minna’s safety is the one time where she will disobey a direct order, and even Erica notes that Minna’s actions in trying to shoulder everything herself isn’t appropriate. With this, it becomes clear to Minna that in the 501st, the Witches are fighting for one another’s sakes, on top of everything else, and as such, victory is only meaningful if everyone is around to see the results of their effort. With this optimistic message, Road to Berlin establishes that no matter how challenging the final confrontation with “Wolf” will be, everyone will survive the battle and find a way to succeed – it would be contradictory to Strike Witches‘ messages, then, to see any deaths, as these would fundamentally go against what Strike Witches had set to indicate about friendship and teamwork during its run. 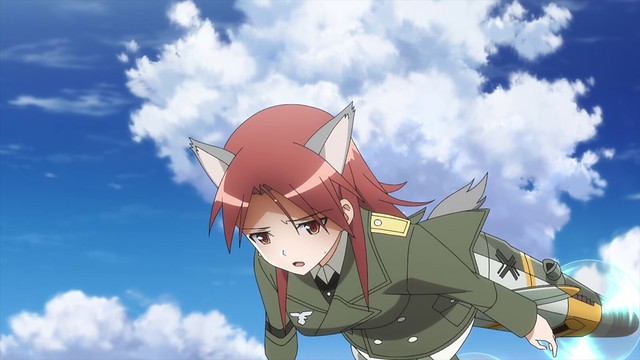 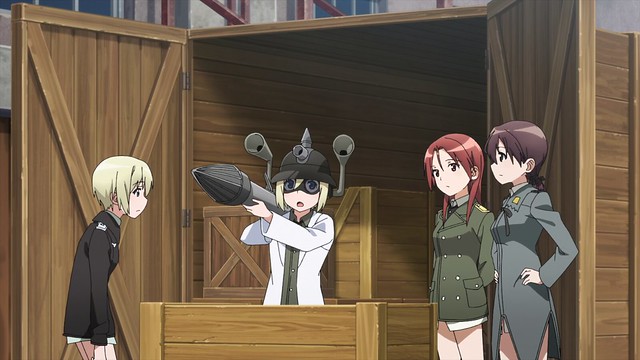 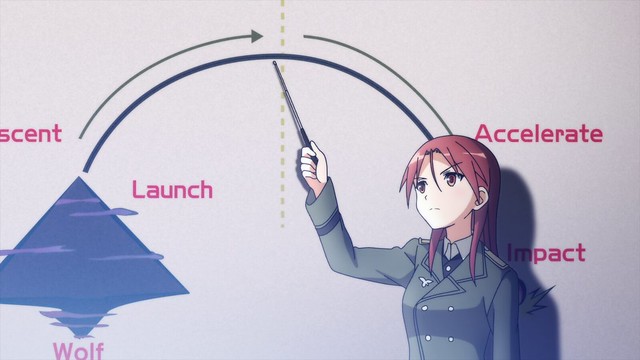 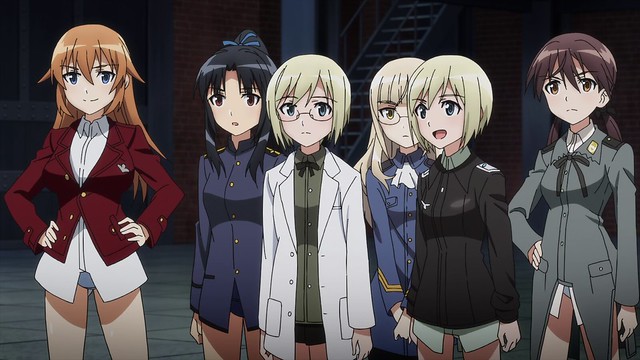 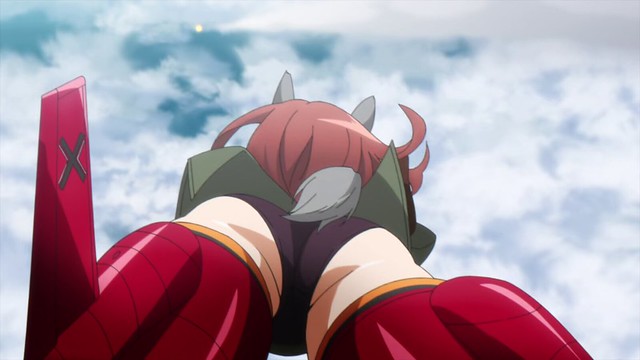 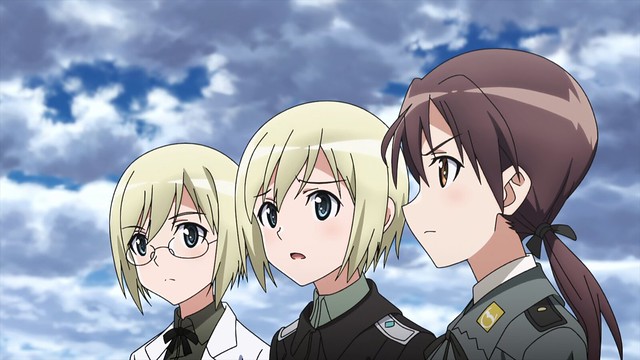 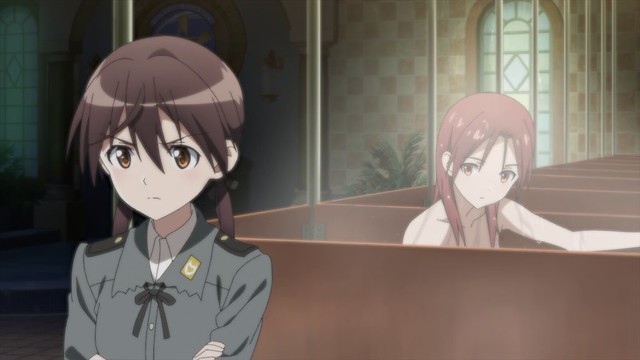 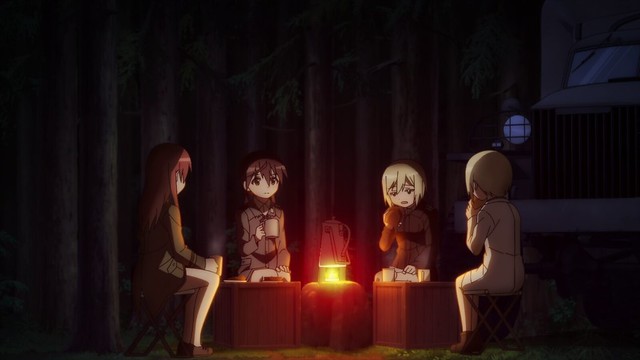 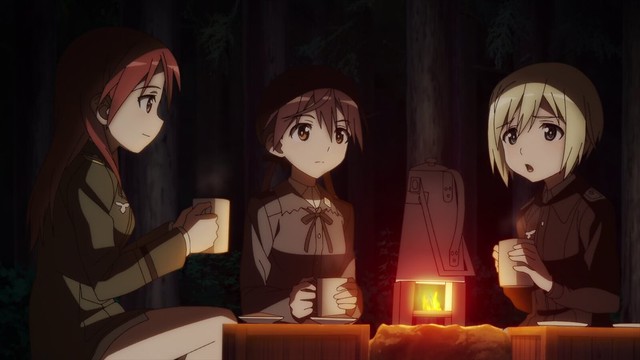 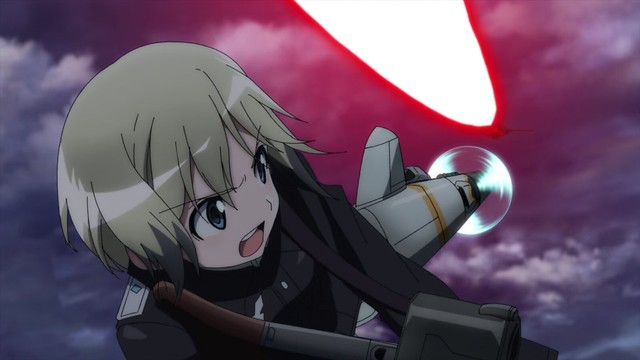 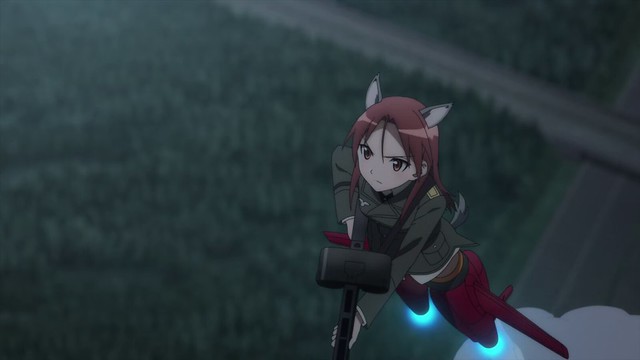 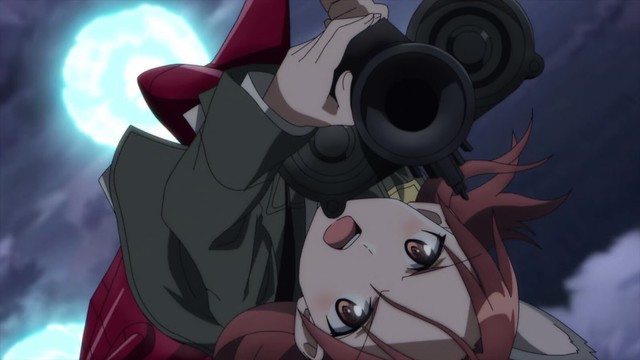 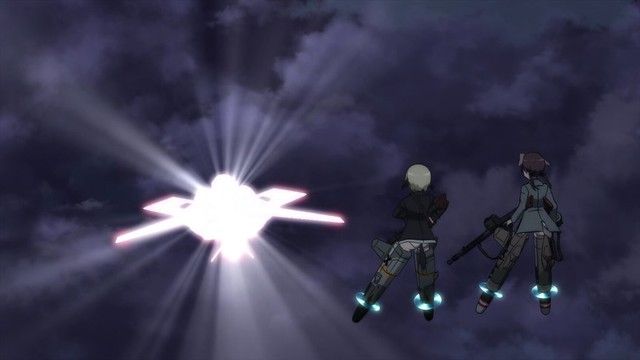 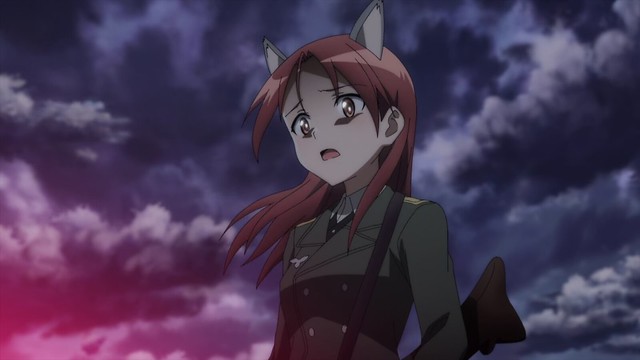 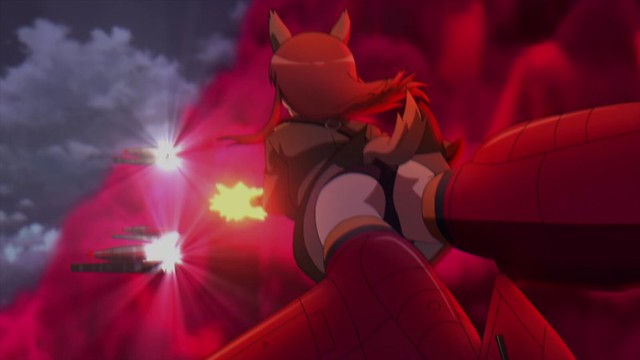 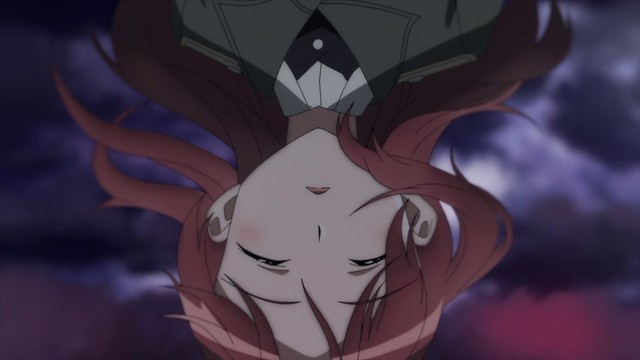 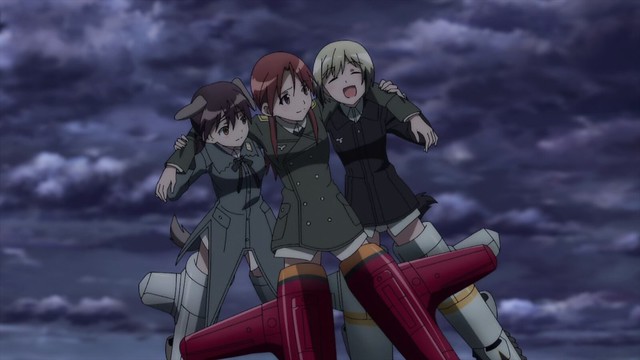 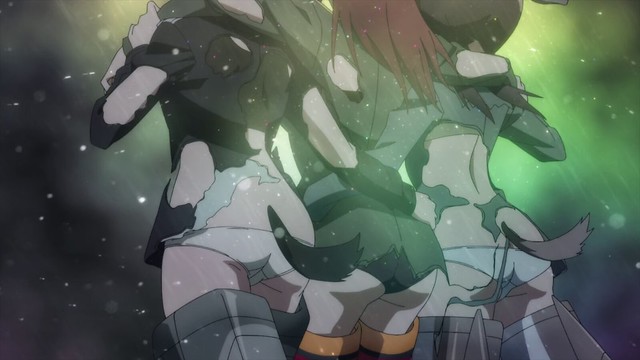 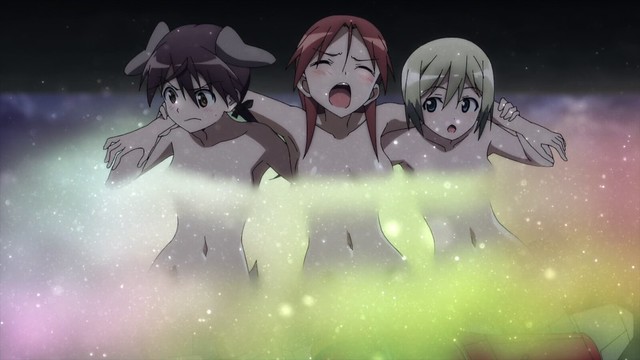 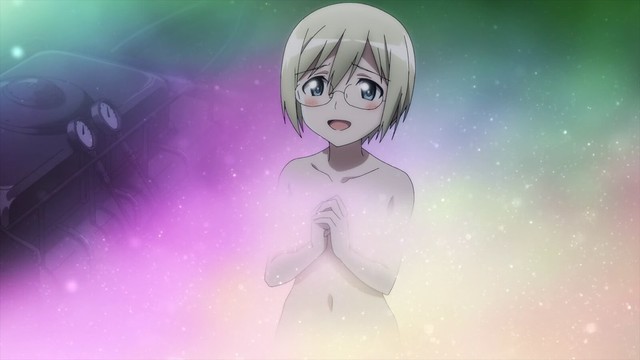 Road to Berlin will very likely follow in the footsteps of its predecessors – next week’s episode deals predominantly with Yoshika and Miyafuji, whom, after getting the limelight in the first few episodes, were given background roles while the other Witches’ stories were explored. For better or worse, the Fuso Witches are at the heart of the Strike Witches series, and so, the time has come to give Yoshika and Shizuka the spotlight again as Operation Southwind kicks into high gear. Strike Witches has typically left the tenth episodes as a bit of a wildcard: season one had Yoshika struggle to understand the Neuroi’s intent when they deployed Witch-sized Neuroi with an enigmatic intent, and season two was a fun episode that introduced Hanna-Justina Marseille to help with an operation that sets the stage for the liberation of Venezia. In Brave Witches, Hikari had to prove her worth as a member of the 502nd against Takami, her older sister. Without much precedence, Road to Berlin‘s tenth episode simply looks to be an exciting one, and from what the preview shows, Road to Berlin might actually break tradition and see the Witches deploy a full episode early ahead of preparations to take back Berlin: all previous instalments of Strike Witches (and Brave Witches) spent their final two episodes wholly dedicated towards the fight against their series’ respective hives, with the eleventh episode always pushing Witches to the brink before spirit arising from teamwork, commitment and a bit of luck allow the Witches to find a way to victory. There is no reason to suspect that Road to Berlin will deviate from the route its predecessors have established, and as such, the journey that awaits viewers as we enter Road to Berlin‘s final quarter will certainly be a familiar, but enjoyable one.

6 responses to “Minna’s Sky- Strike Witches: Road to Berlin Review and Reflection at the ¾ mark”