Chamomile with a Dash of Jealousy: Gochuumon wa Usagi Desu Ka? BLOOM Review and Reflection at the ¾ mark

2 Comments Posted by infinitezenith on December 5, 2020

“The battles that count aren’t the ones for gold medals. The struggles within yourself – the invisible, inevitable battles inside all of us – that’s where it’s at.” –Jesse Owens

Chiya becomes saddened that she’s lost the crown that Sharo had given her when they were younger. Later, Chiya is nominated as a candidate for the role of student council president, and she wonders how to best prepare her campaign speech. Meanwhile, Rize considers modifying her look so she appears more mature and runs into Chiya, who helps her pick out clothing. When Cocoa and Chino encounter the transformed Rize, they immediately assume it’s Rose (Rize with her hair down) and invite her to Rabbit House. Rize decides to play along, intent on figuring out if Cocoa and Chino are messing with her. When Rize is surprised by Takahiro and draws her Glock on instinct, Cocoa finally figures it out. Chino is embarrassed not to have recognised Rize, and the latter learns that on her off days, things at Rabbit House take on a different pace. As it turns out, Sharo had also been nominated to run for student council president, but didn’t feel that she was able to take on more responsibilities on top of her work and time with the others. After the others help Chiya prepare her campaign, Chiya’s grandmother gifts them kohaku manjū. Sharo notices that Chiya’s grandmother had inadvertently used Chiya’s crown as a hairpin and returns it to Chiya. A few days later, Sharo arrives at Ama Usa An and learns that Chiya had also withdrawn her candidacy, preferring instead to focus on Ama Usa An and her friends, as the two had promised when they were children. GochiUsa BLOOM‘s ninth episode represents a relaxing, light-hearted break in that, even amongst preparations for the future and suggests the prospect of more responsibilities, folks should not lose sight of what matters to them, striking a balance between taking on more duties while properly tending to the duties they already have.

With three-quarters of BLOOM now in the books, the ninth episode illustrates the conflict between new responsibility and existing obligations, which is very much a challenge that adults face. Chiya and Sharo both are nominated as the student council president, a role demanding leadership, teamwork, conflict management and organisational skills. If the two accepted, they would also take on increasing roles to ensure school activities and clubs are properly handled. Throughout GochiUsa, there has been never any doubt that Chiya and Sharo were not up to the task: Sharo is responsible, has an eye for detail and does her best with everything, while Chiya enjoys innovation, works well with others and similarly puts in her all for whatever task is given to her. However, being a part of their respective school’s student councils wouldn’t help to accentuate this in BLOOM: this is, after all, a series predominantly set outside of school. Chiya and Sharo are capable individuals already, and so, there is no need to overburden them; their commitment and sense of duty to their friends and cafés has already been firmly established, leaving BLOOM to explore another side of the coin in having the two choose what duties and responsibilities they wish to prioritise. Episode nine shows how talking it out and spending time with those important to one can help people to make a decision and accept which tasks they will take, allowing them to give the selected tasks their undivided attention. Not overwhelming oneself and picking battles is a sign of maturity, so BLOOM‘s presentation of this aspect was particularly strong. 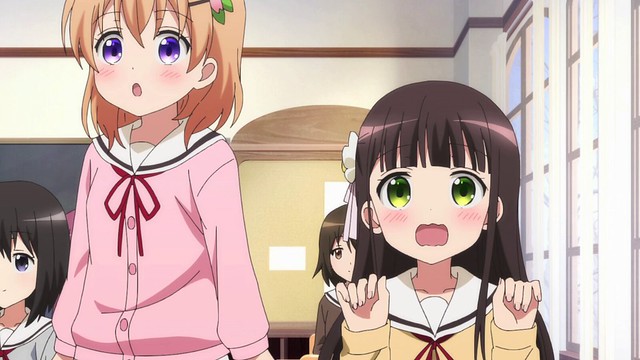 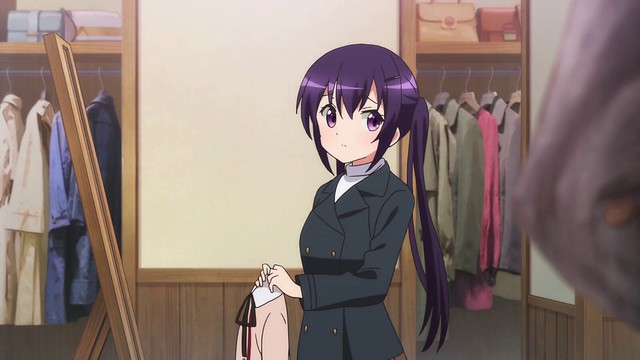 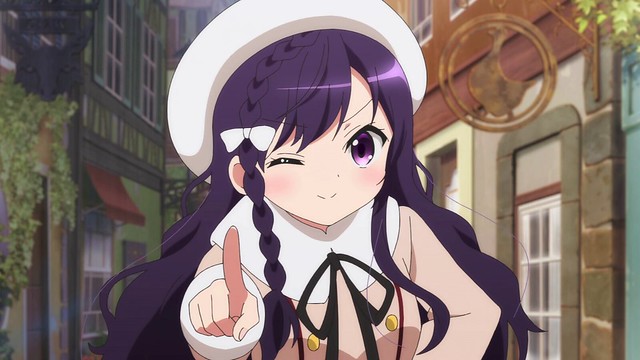 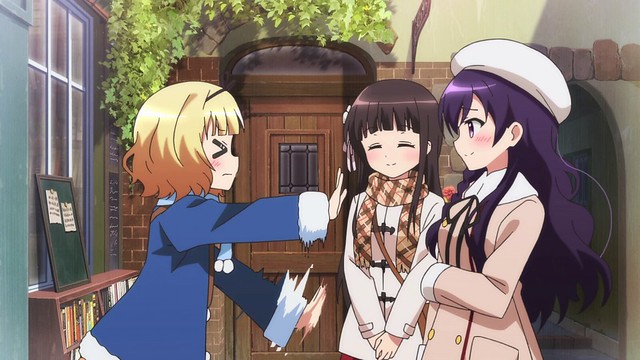 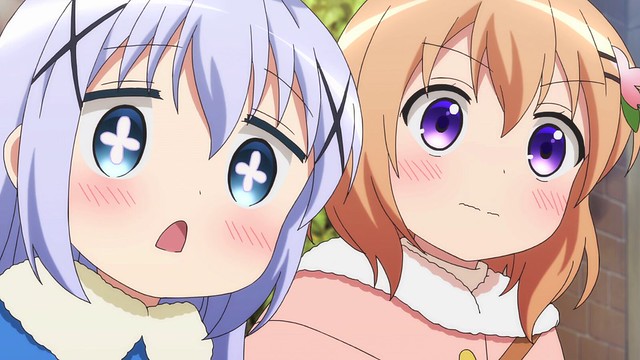 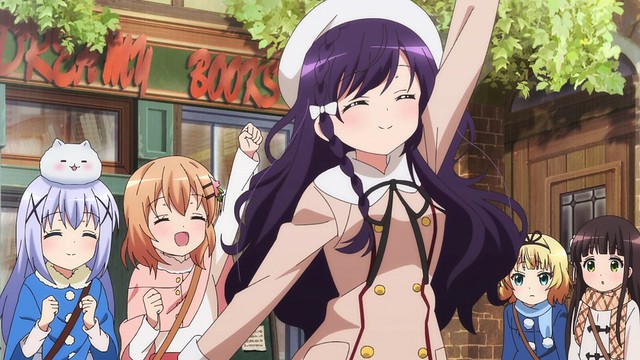 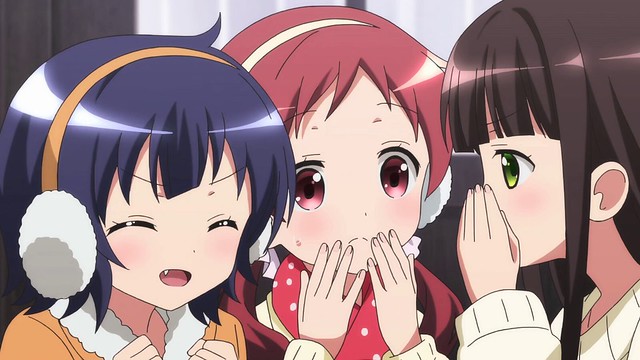 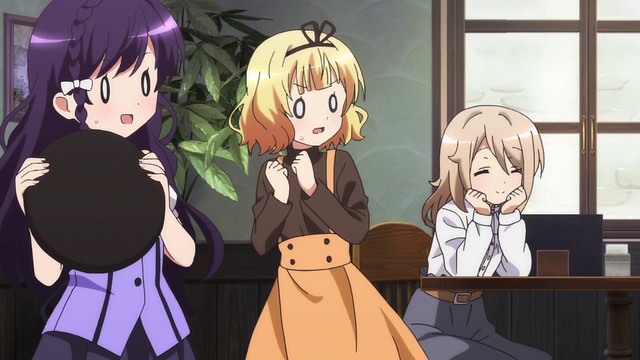 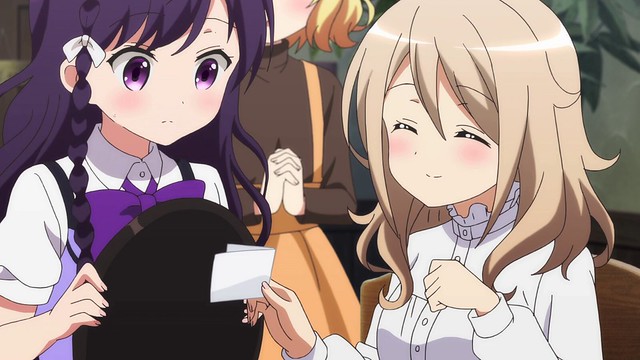 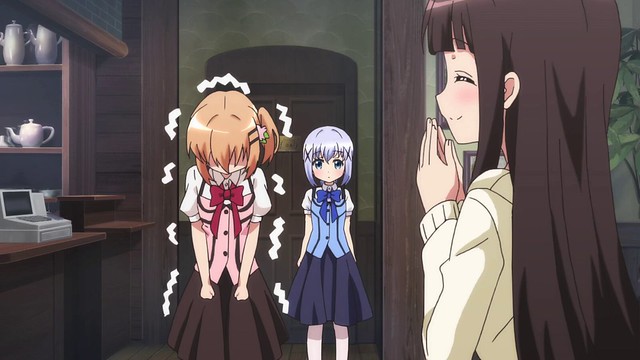 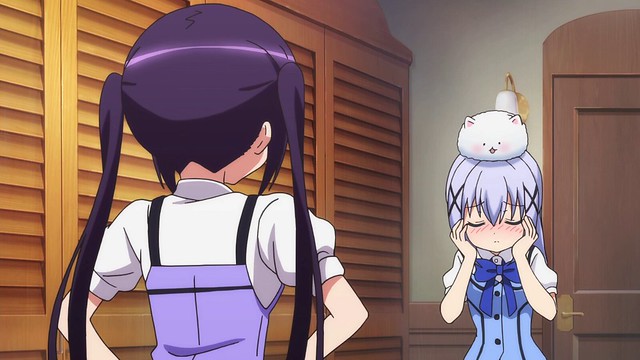 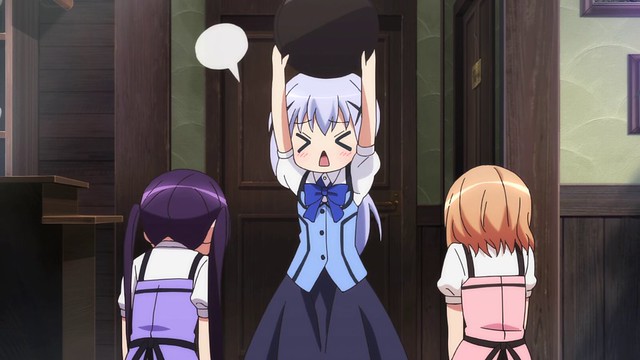 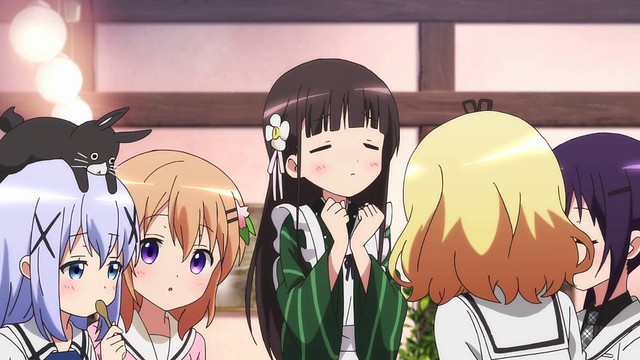 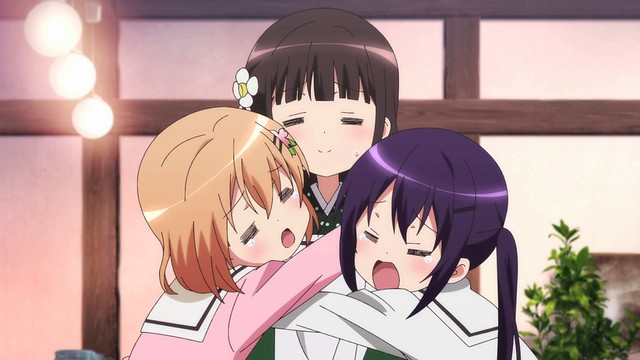 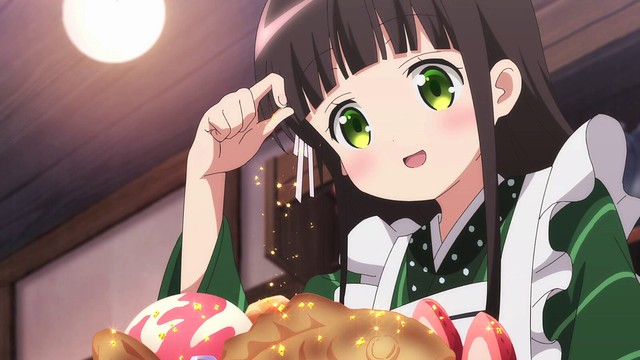 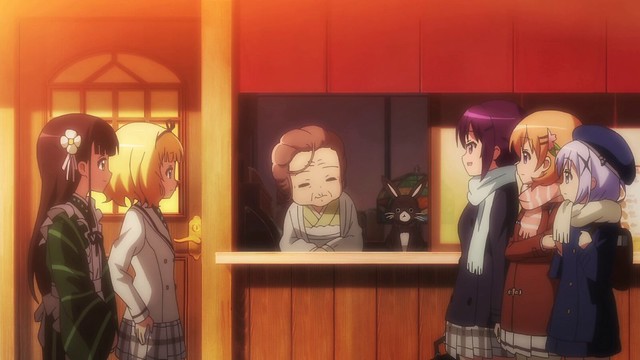 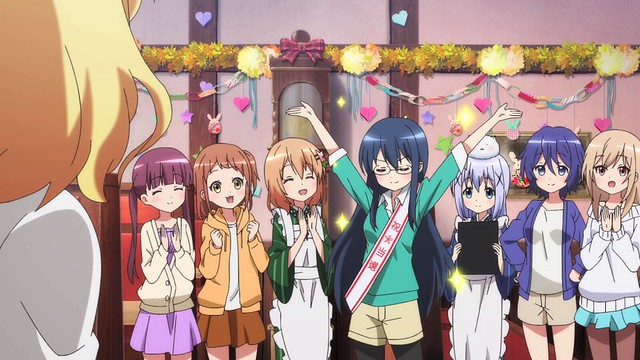 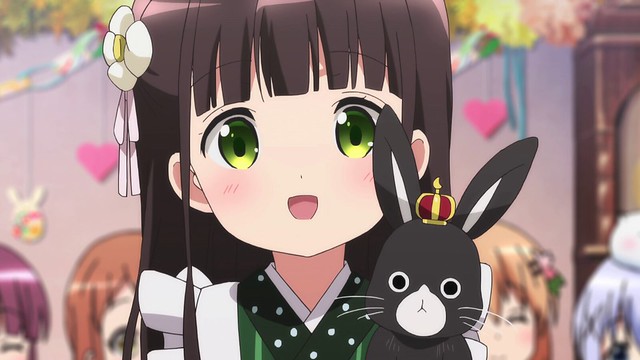 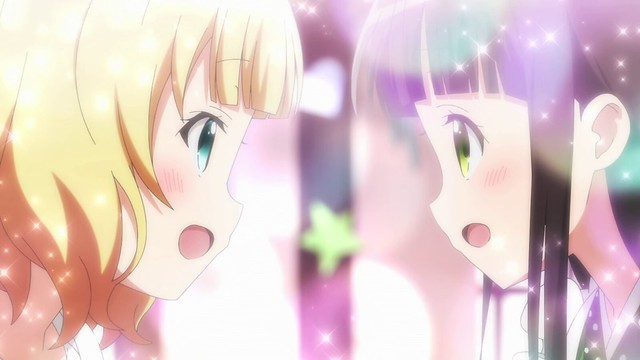 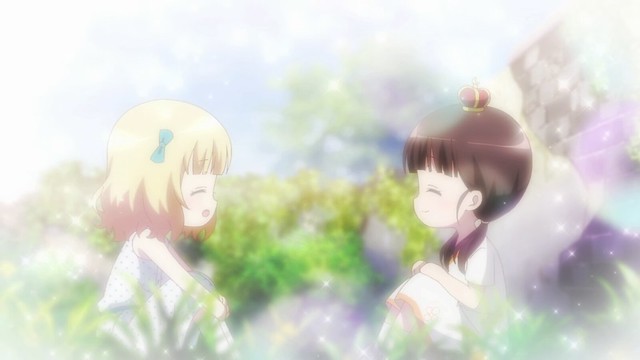 Besides the episode’s main theme, episode nine also gave viewers a chance to finally see what happened when Rize revealed that she is in fact, Rose. “Rose” had made a brief appearance during the first season, so it is impressive to see that Cocoa and Chino still remember someone from a year earlier. This indicates that, especially for Cocoa and her innate disposition, she very much has an eye for detail, as well. Similarly, Rize’s own effort to look more like a post-secondary student, and the fact that Maya and Megu now appear often at Rabbit House to study together, is a not-so-subtle sign that BLOOM is very much pushing towards the future. However, with flashbacks figuring in the episodes, BLOOM also seeks to remind viewers that each of the past, present and future are important; the past offers lessons and knowledge, the present is to be enjoyed and acted upon, and the future must be planned for, but also anticipated rather than feared. Taken together, BLOOM speaks to the passage of time and its impacts on people as one of its overarching themes. In a series that prima facie appears to be about bunnies and coffee, GochiUsa continually impresses with the depth of the topics that it covers. However, these themes are not openly presented; instead, they are subtly hinted at through the characters’ time with one another, their thoughts and dialogue. However, while subtle, the themes are never convoluted or hidden, allowing viewers to swiftly piece together what’s happening for themselves and draw their own conclusions In this way, GochiUsa can be thought of as being a textbook example of what slice-of-life anime can accomplish despite having a seemingly simple premise, and in allowing viewers to enjoy the series in whatever manner they choose, creates an experience that everyone will find meaningful in their own way.

2 responses to “Chamomile with a Dash of Jealousy: Gochuumon wa Usagi Desu Ka? BLOOM Review and Reflection at the ¾ mark”