I Can Take That Step Forward Because You Are Watching: Gochuumon wa Usagi Desu Ka? BLOOM Finale Impressions and Whole-Series Review

7 Comments Posted by infinitezenith on December 26, 2020

“One stage of your journey is over, another begins.” –Gandalf, The Lord of the Rings: The Two Towers

At the Hoto Bakery, Mocha wishes she could’ve spent Christmas with Cocoa, Chino and the others. Mocha and Cocoa’s mother decides to write Cocoa a letter to describe Mocha’s adventures back home, and Mocha becomes sad when her latest attempt to brew coffee fails spectacularly. They end up sending Cocoa her old middle school uniform and a home-made Stollen. Mocha and Cocoa’s mother reveals that she once went to the same high school as Mocha did, and had been friends with Saki, as well. While browsing a photo album, Chino realises that her mother hadn’t always lived in the wood-framed town: Cocoa also received Mocha’s old high school uniform, and Chino recognises it as the same uniform Saki had worn. During New Years’ Day, Cocoa and Chino share a warm drink together before running into Maya, Megu, Rize, Sharo and Chiya: the latter has brought a homemade Galette des Rois to welcome the New Year, and Chino winds up getting the ring that makes her king-for-a-day. Chino struggles to think of a wish, and the others head off to explore the town’s market, where Chino begins to develop a wish to travel the world and see what’s out there. Chino later decides that her wish is to see a graduation trip with Maya and Megu, as well as Rize. As it turns out, Rize’s already been offered admissions to her post-secondary of choice, and Chino makes her request: to spend the evening with everyone at Rabbit House. Some time later, Cocoa and Chino spend some time together reminiscing about how much things have changed. Feeling that Cocoa’s influence has set her down a more joyful path, Chino thanks Cocoa. This brings GochiUsa BLOOM to a close – BLOOM concludes on a very definitive and meaningful note, while at the same time leaving open the possibility of a continuation: similarly to the first and second seasons, this finale did not particularly feel like a finale, and instead, shows a tightly-knit group of friends doing what they do best. However, much is mentioned in this episode to suggest that each of Cocoa, Chino, Rize, Chiya, Sharo, Maya and Megu’s futures will be an enjoyable and eventful experience.

BLOOM has never taken a subtle approach with respect to its themes, and in this finale, the culmination of experiences in GochiUsa has led Chino to realise the scope of her world as being vastly greater than just the wood-framed town she’d spent her entire life in. That Chino’s begun to look in this direction acts as a metaphor for her yearning for new experiences; having spent the past year and some with Cocoa and the others, Chino’s found her own happiness. With this joy comes a wish to really understand what exploration means: Saki had, after all, come from a different town and went to high school with Cocoa and Mocha’s mother, and must have therefore overcome the challenges of being in a new place. That Chino is now ready to do the same shows how far she’s come in GochiUsa – no longer focused solely on keeping Rabbit House thriving, Chino’s horizons have broadened, and she begins to understand how this can help her to reach her own dreams. As with the episodes before, past, present and future come together to form the finale’s main theme. This sets the stage for an episode that perfectly captures what the future looks like: Chino’s plans to go on a graduation trip with Maya, Megu and Rize create a sense of excitement, and even though viewers do not see the planning, it does serve to create anticipation amongst viewers: something new is just around the corner, and the path leading to this destination is just as meaningful as the destination itself. GochiUsa BLOOM captures these feelings elegantly to leave viewers on a high note in its finale; there is definitely room to see the story expanded upon, but simultaneously, with Chino looking back and demonstrating an appreciation for what Cocoa has done for her, BLOOM also provides closure for this current season. BLOOM had detailed Chino’s coming to terms with Saki’s passing and the new joy Cocoa’s brought into her life. By decisively showing that Chino is aware of this, viewers are assured that the Chino leaving BLOOM is much happier than the Chino Cocoa had met on her first day at Rabbit House

Overall, BLOOM‘s main themes of past, present and future are well-presented in each and every episode: the characters live in the moment, plan for the future and draw upon past experiences to make the most of the present and guide their decisions for the future. Amidst themes of acceptance and healing, BLOOM shows the importance of being mindful of each element, as well as how friendship is the true magic in helping individuals to understand the past, make the most of the present and plan ahead for the future. The reason why BLOOM is able to so elegantly present its messages lies in the fact that GochiUsa has firmly established its characters and setting in its two earlier seasons: returning viewers are immediately familiar with Cocoa, Chino, Rize, Chiya, Sharo, Maya and Megu, so after one season, it was possible to show more of their everyday life together, and by season three, viewers know the characters well enough so that more meaningful and moving storylines can be covered. Expanding upon the elements seen in Sing For You, BLOOM accentuates the idea that friendship and healing go hand-in-hand. In taking this direction, BLOOM shows how the characters in a slice-of-life series each have their own unique points, being more than their initial archetypes suggest. Seeing such life-like, multi-faceted characters was one of the many highlights about GochiUsa, and really helped viewers to get behind the characters. Viewers root for the characters’ success, hope that their dreams are realised and understand how they feel about certain things. This is the mark of an excellent slice-of-life series: with its third season, GochiUsa BLOOM capitalised on its world to showcase the characters in new ways, with the inevitable result that BLOOM becomes a very welcome addition to GochiUsa and impressing viewers in newfound ways. 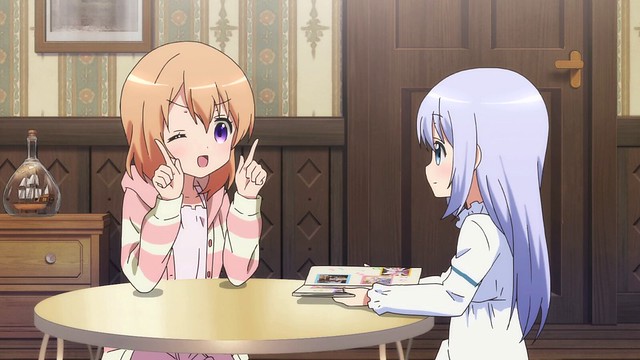 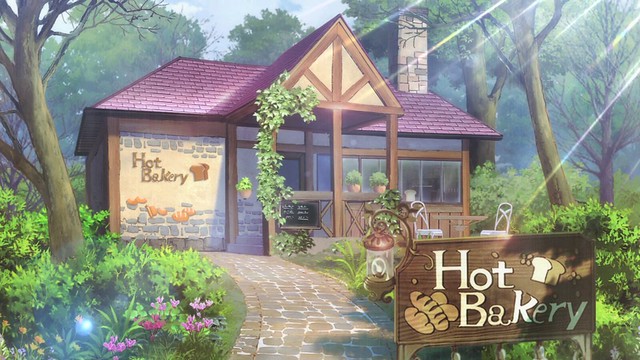 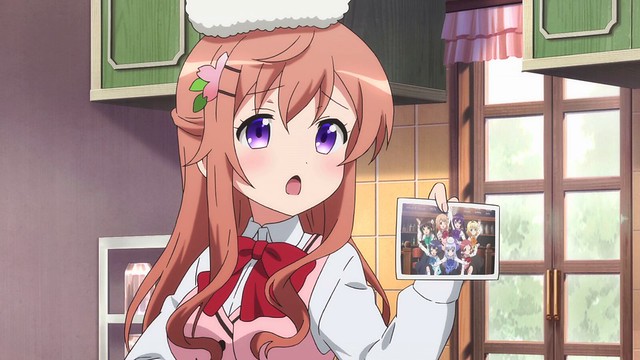 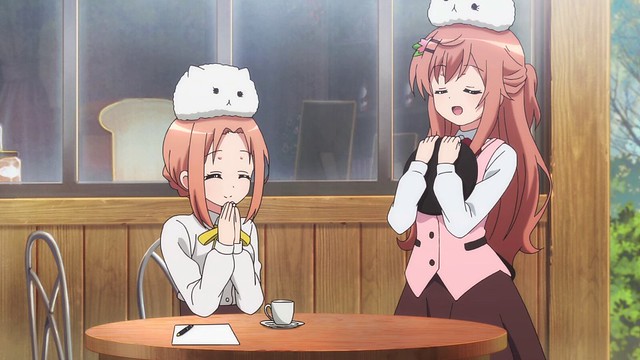 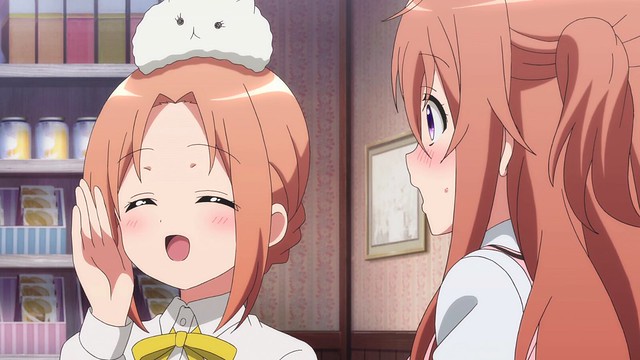 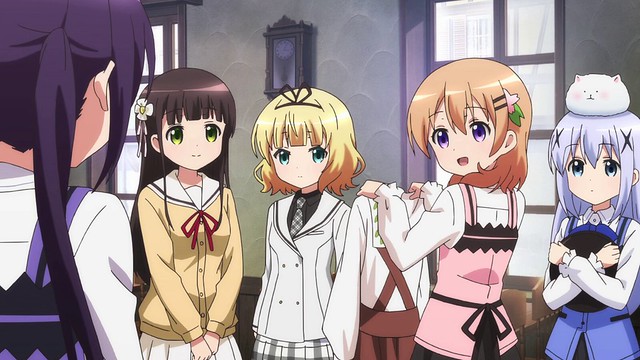 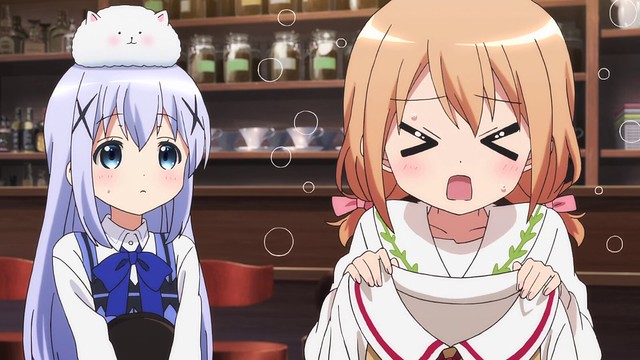 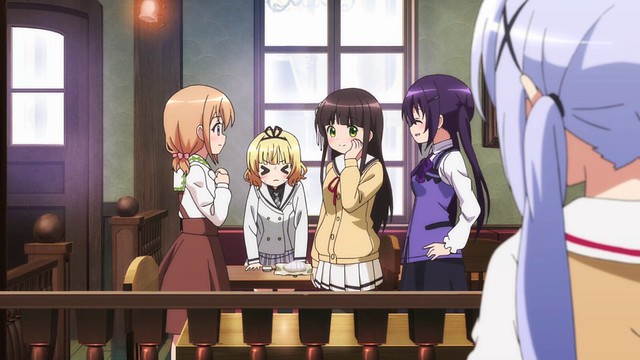 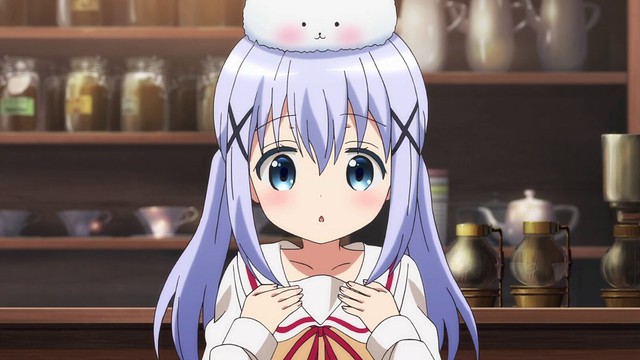 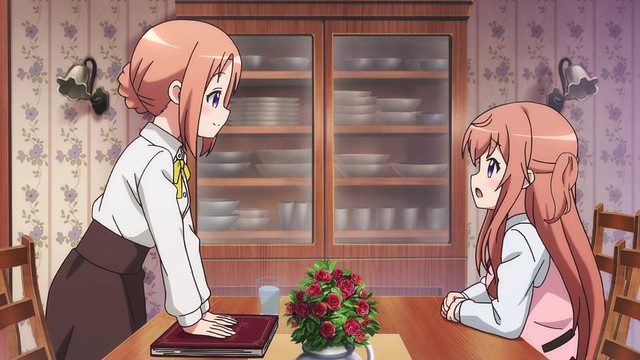 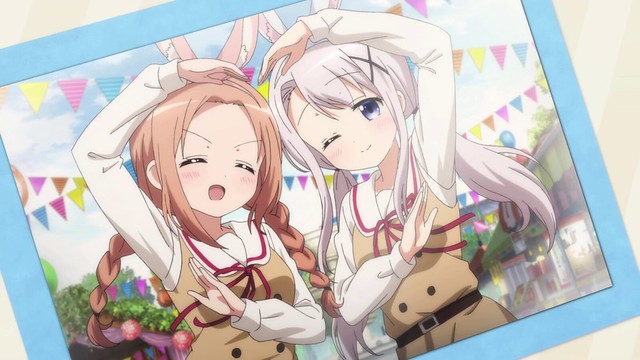 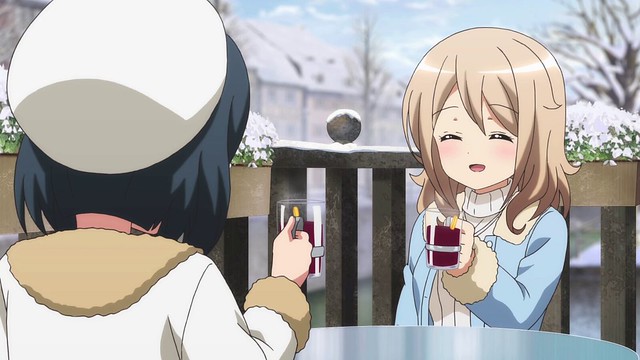 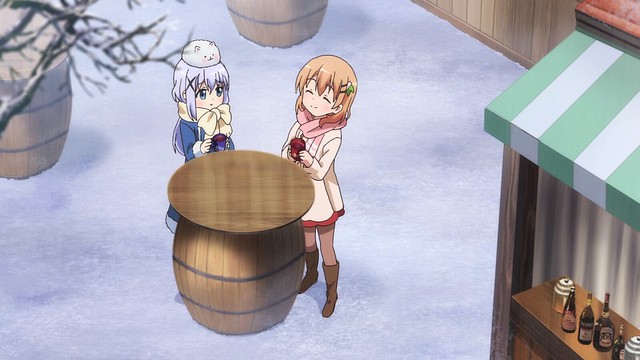 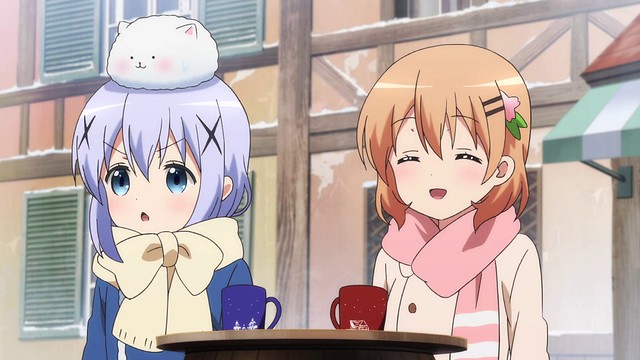 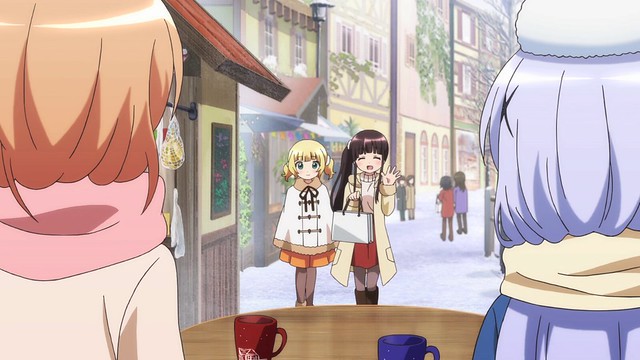 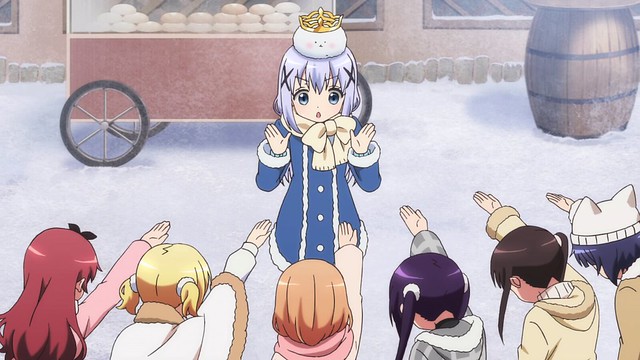 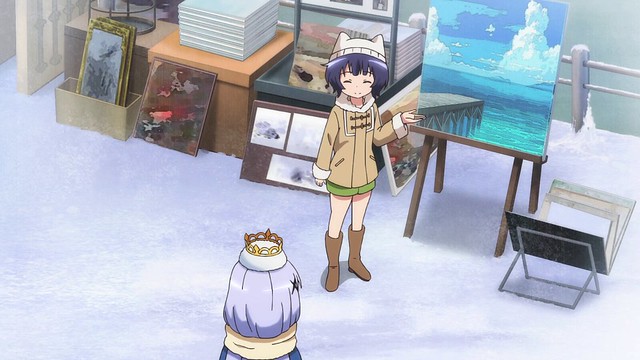 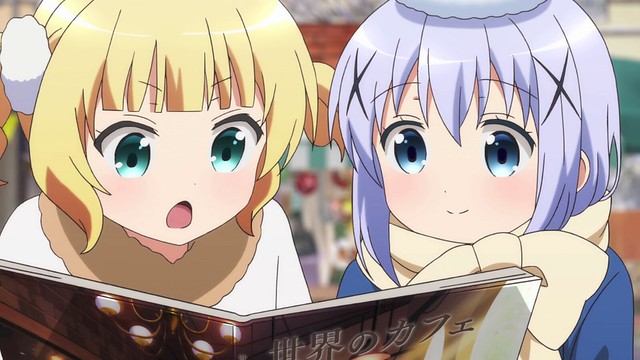 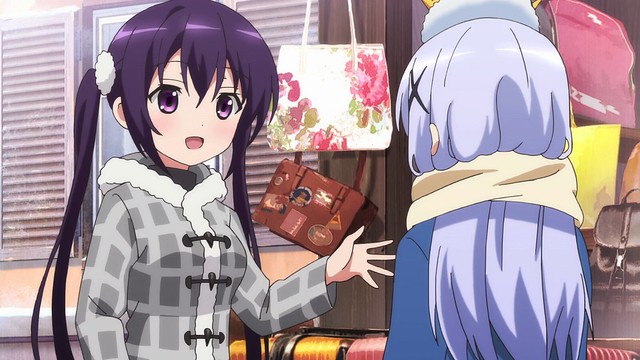 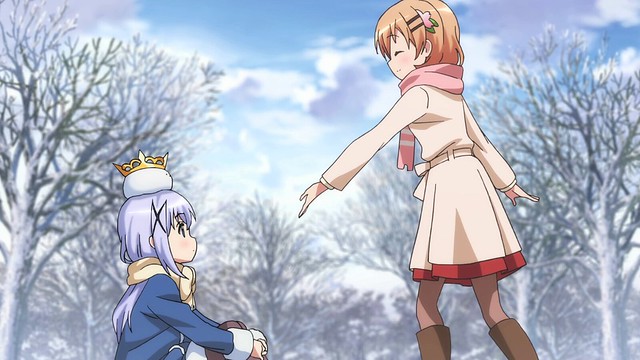 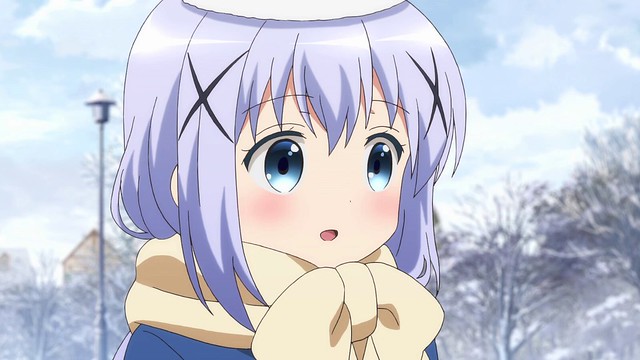 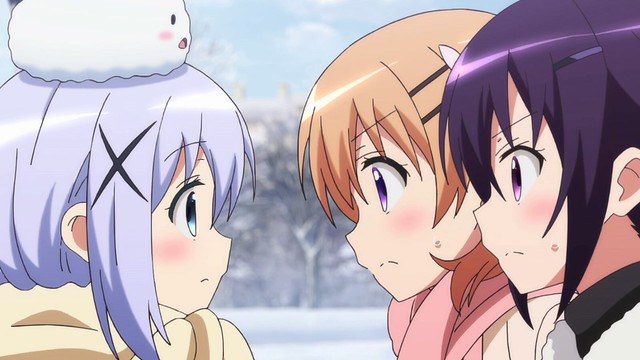 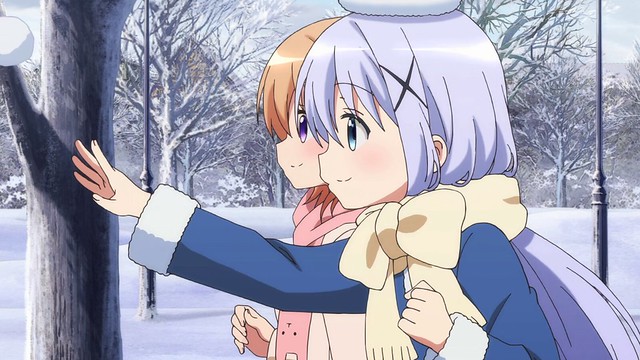 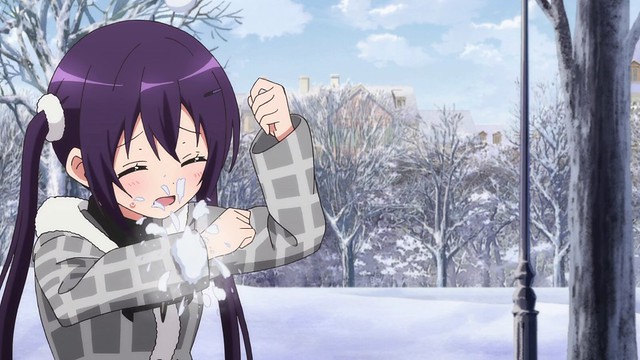 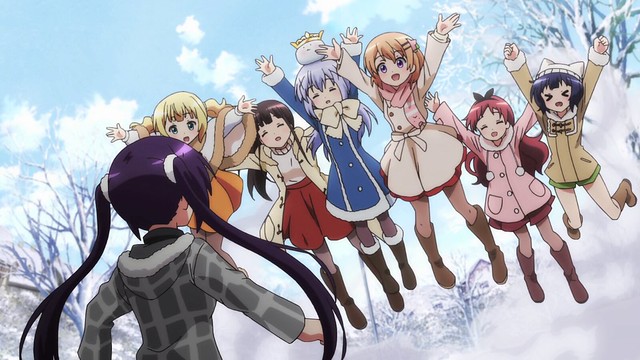 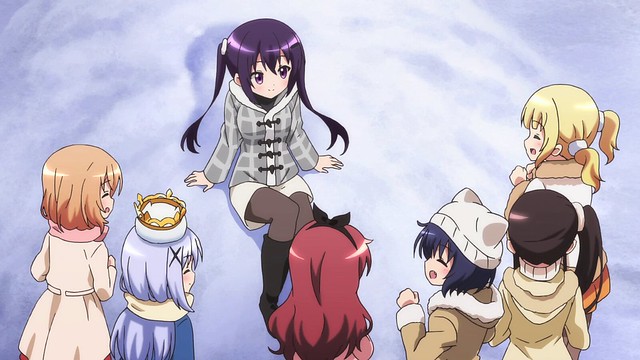 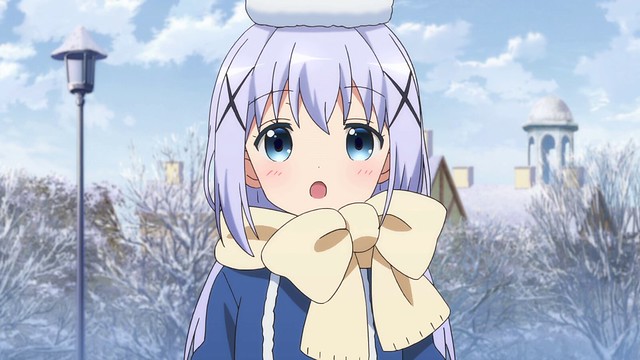 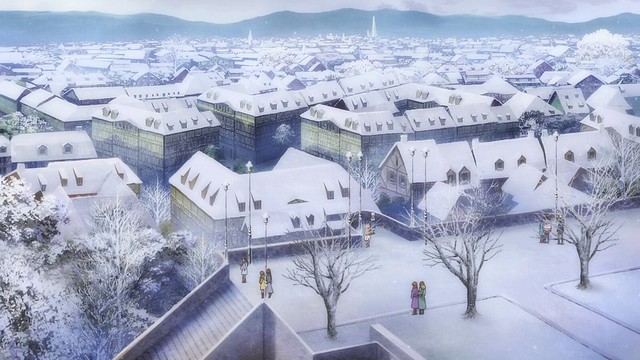 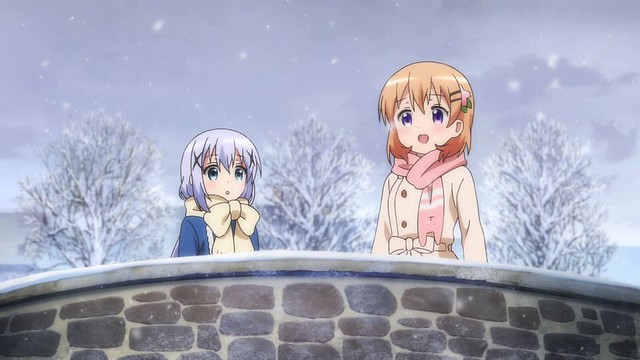 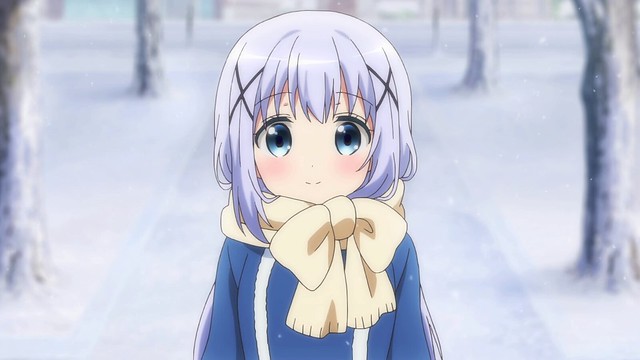 With BLOOM‘s finale done and the third season of GochiUsa now in the books, the question invariably becomes whether or not a continuation is likely. Much of the events in BLOOM correspond with volumes five and six of the manga, plus a few early chapters of volume seven, and there are nine manga volumes in total. Given the success that GochiUsa has seen previously, BLOOM‘s BD sales are expected to be strong, and a fourth season covering the events of volumes seven and eight could very well be a reality. There are numerous stories in the future volumes that I’d love to see brought to life. The fact that GochiUsa‘s manga continues shows that life is indeed a journey, with no defined destination, and where the process matters infinitely more than the goal itself. As such, I wouldn’t be too surprised if a fourth season of GochiUsa was announced at some point in the future to continue on what has been the strongest slice-of-life experience this year: amidst the global health crisis, shows like GochiUsa simultaneously serve to help viewers to relax and regroup, as well as to take store of their situation and appreciate what they do have. Consequently, there is no doubt in my mind that GochiUsa BLOOM is probably my favourite anime of 2020 – BLOOM not only does everything right, but it surpassed all expectations. Besides featuring a moving story, meaningful experiences, stepping outside of the series’ usual realm into topics that are more serious and executing those in a mature, thoughtful manner, GochiUsa BLOOM portrays the wood-framed town in much greater detail than before, making use of lighting and framing to really capture the tenour of a moment. The visual quality and depth of the stories in BLOOM evidently are maturing with the characters. With all of this in mind, GochiUsa BLOOM becomes a must-watch for all fans of the series, and for folks who’ve yet to see GochiUsa, the events of this third season are worth reaching: the first and second seasons are highly enjoyable in their own right, and the outcomes of the third season makes this journey all the more meaningful. The praises of GochiUsa are universal for a reason, and one could spend a lifetime exploring what makes GochiUsa so effective. Of course, I imagine that readers will have little interest in reading a post that is a life-age in length, so I will conclude this finale talk with the remark that GochiUsa BLOOM is a veritable masterpiece, and leave it to the reader to determine whether or not this is something they’d wish to check out.

7 responses to “I Can Take That Step Forward Because You Are Watching: Gochuumon wa Usagi Desu Ka? BLOOM Finale Impressions and Whole-Series Review”