3 Comments Posted by infinitezenith on January 6, 2021

We have a plan: six planes, three teams, one shot. Five weeks ago, we lost: all of us. We lost friends. We lost family. We lost a part of ourselves. Today, we have a chance to take it all back. You know your teams, you know your missions. Destroy this false god. One objective each: no mistakes, no do-overs. Most of us going somewhere we know, that doesn’t mean we should know what to expect. Be careful; look out for each other. This is the fight of our lives and we’re going to win, whatever it takes. Good luck.

Claudia’s life with Tateyama’s Valkyries continues: she helps the crew to defeat another Pillar and meets Yayoi Amatsuka, a veteran pilot who reveals that she’s here as a result of an upcoming offensive against the Fuji Pillar itself. It turns out that Sonoko is not particularly close with Yayoi after an earlier incident, and with Odin’s predictions about the Fuji Pillar correct, the allied forces launch an all-out assault on the pillar. Upon entering, they are engaged by aircraft belonging to deceased comrades, and as the allied forces begin to fold, leadership orders a retreat. A titanic entity dubbed “Thor” destroys most of the remaining squadrons and the base of operations; Claudia and the others manage to escape, and Yayoi offers to head a rescue operation to save whatever remaining pilots they can, but is killed in the process. In the aftermath, Tateyama’s pilots immediately set about recapturing Tateyama base, and Claudia opens a portal to Valhalla. With Sonoka unfit to fly, Claudia and Azuzu enter the portal, where they discover a tapestry explaining Odin’s war. A Pillar appears and begins attacking Tateyama base. Miyako sorties to deal with the threat. When Sonoka realises that Yayoi would’ve wanted her to keep flying, and decides to help protect a mother who’s in labour, she regains the resolve to fly and ends up destroying the Pillar. World leaders soon learn that Odin had not been entirely truthful about Ragnarök: the war had started so he could build a vast army of undead for his own ends. Humanity resolve to attack the Fuji Pillar again, and manage to punch through its defenses for a final confrontation with Odin. Claudia, Azuzu and Miyako discover that Odin’s real fear had been isolation, and in his final moments, Odin allows Azuzu to finish him off shortly after Miyaki destroys the Fuji Pillar’s core. In the aftermath, Tateyama’s Valkyries pay their respect for Shield Squadron and formally welcome new Valkyries Kurumi Suzuhara and Moe Isuruji before setting off on their next assignment. This is Warlords of Sigrdrifa, a military-moé series that was originally set to air during the summer, but was pushed back to the fall season on account of the ongoing global health crisis. With its themes of friendship out in the open after the third episode, I continued to follow Warlords of Sigrdrifa through to its end, curious to see where the series would lead.

Warlords of Sigrdrifa is a curiosity in that its premise ultimately proved to be an insufficient reason to drive the events within the story. Odin and his desire to fight a new Ragnarök was ill-motivated, seemingly for little reason more than to satisfy a personal grudge, and consequently, it was difficult to ascertain just how seriously Warlord of Sigrdrifa’s foe should be taken. Without a satisfactory reason for waging war against humanity, Odin comes across as being petty and tiny; in Odin’s absence, Warlords of Sigrdrifa would’ve still managed to convey its messages clearly enough. This is the hazard that results when a story attempts to give nameless enemies faces and reasons. Strike Witches was built off on a very similar premise, but unlike the Pillars, the Neuroi are given the minimum exposition needed to justify why there is a need for Witches. This allowed Strike Witches to focus purely on the Witches and their interactions. Conversely, Warlords of Sigrdrifa‘s incomplete use of Norse Mythology creates the expectation that themes and concepts from Norse Mythology would impact the plot. Consequently, when Odin and Thor are shown to be completely different than their mythological counterparts, it becomes unclear as to why there was a need for such figures as villans. The Marvel Cinematic Universe demonstrates how to appropriately use characters from Norse Mythology in a different setting while, at once, being respectful to the originals. Marvel’s Odin is a patient and wise leader, while Thor learns humility and honour over time. Warlords of Sigrdrifa renders these mighty mythological beings as a joke, consequently detracting from the overall story; it thus becomes difficult to take the threat of Warlords of Sigrdrifa‘s Odin seriously, and this in turn weakens the series’ sense of urgency, leaving the anime’s primary charm with the colourful, energetic and spirited Tateyama Valkyries. 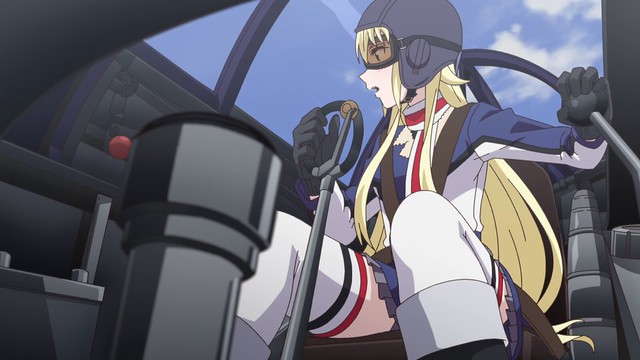 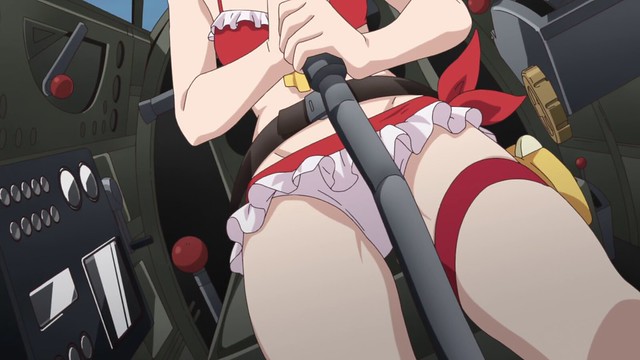 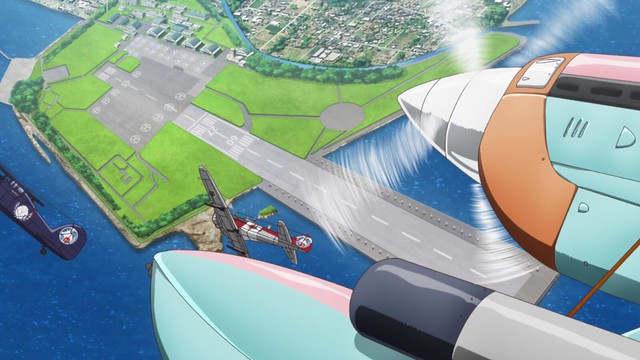 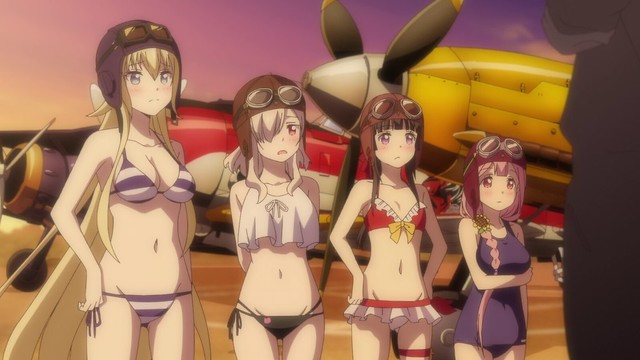 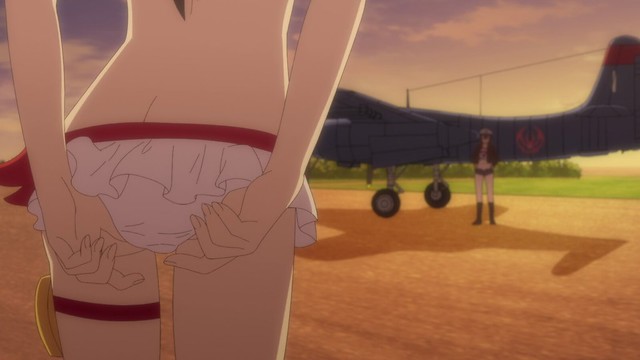 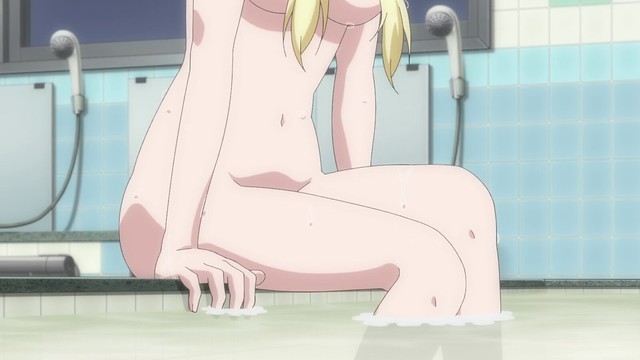 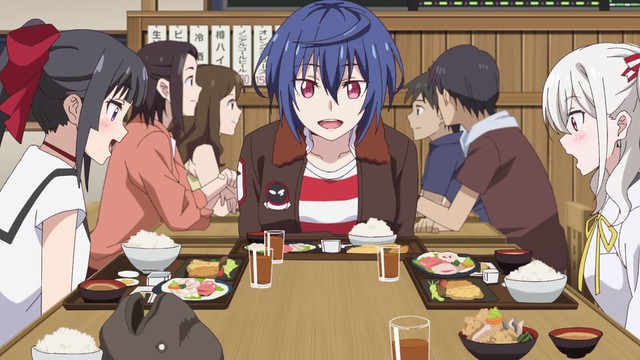 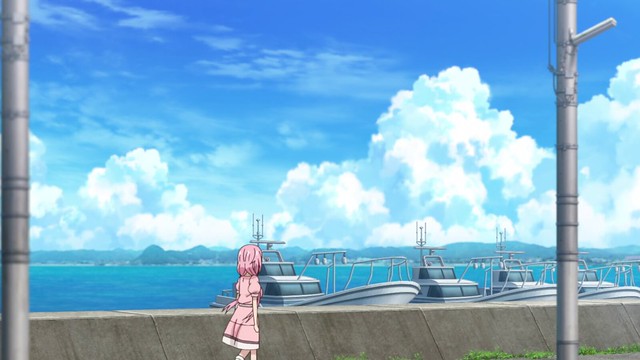 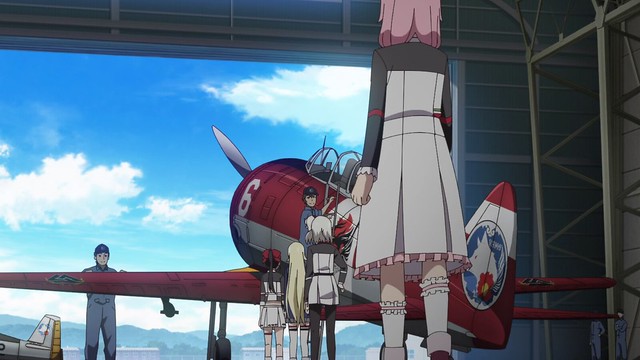 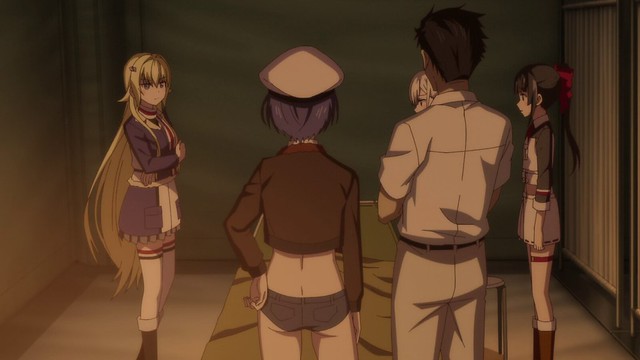 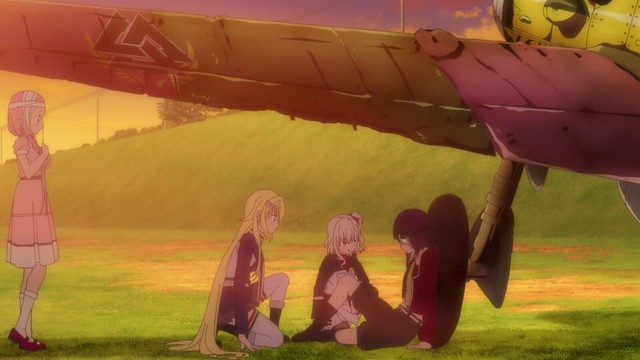 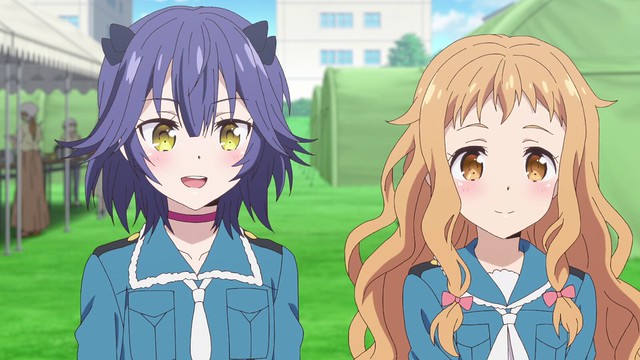 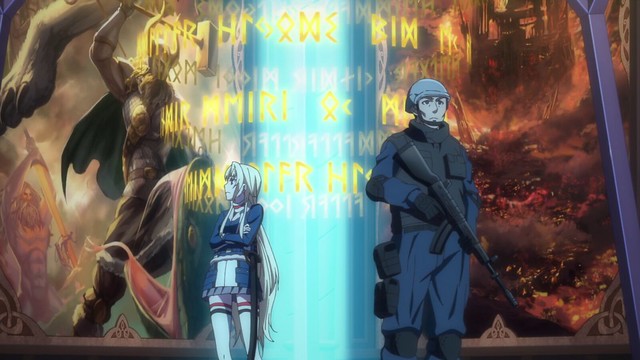 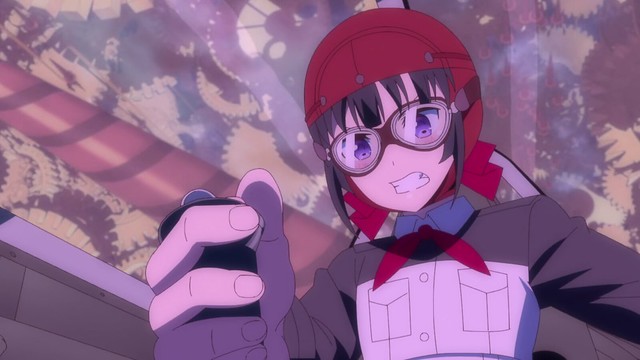 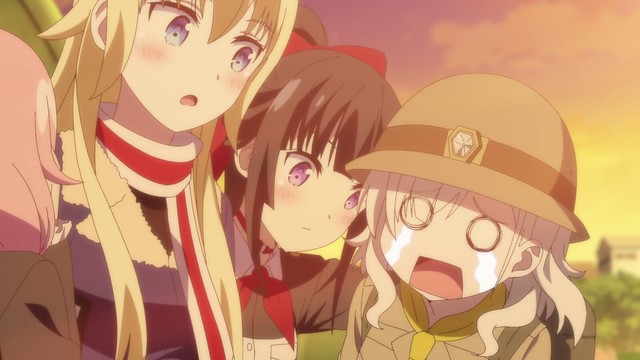 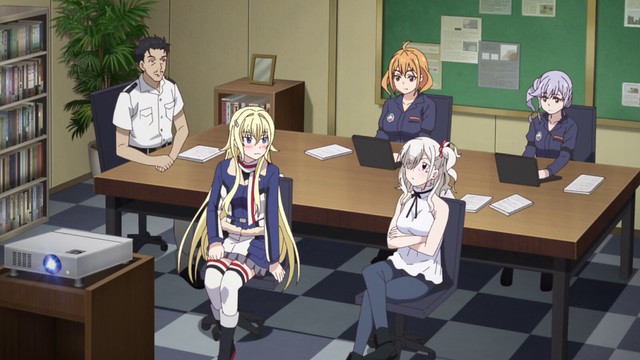 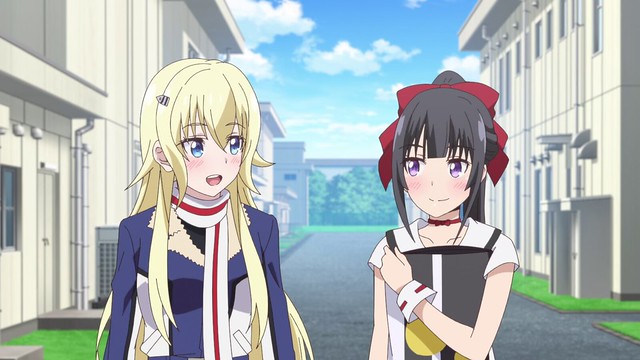 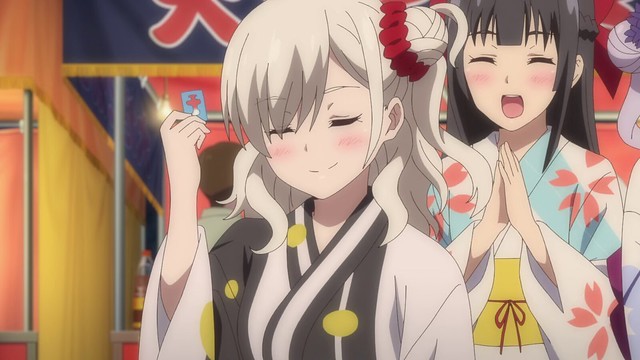 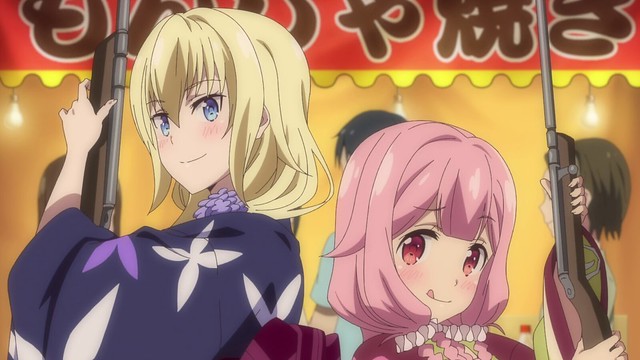 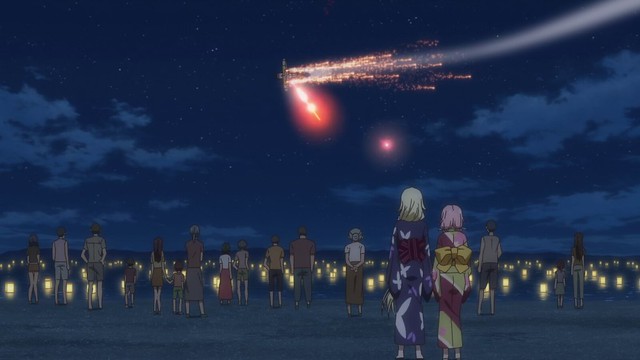 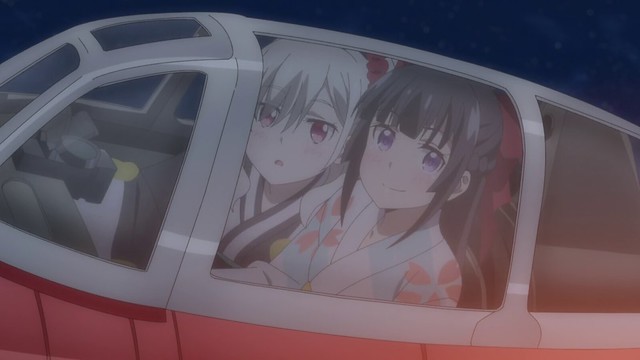 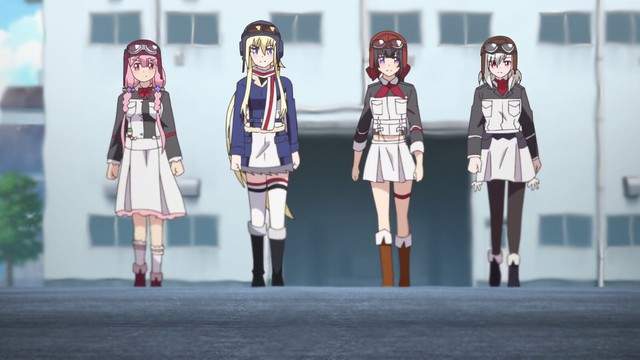 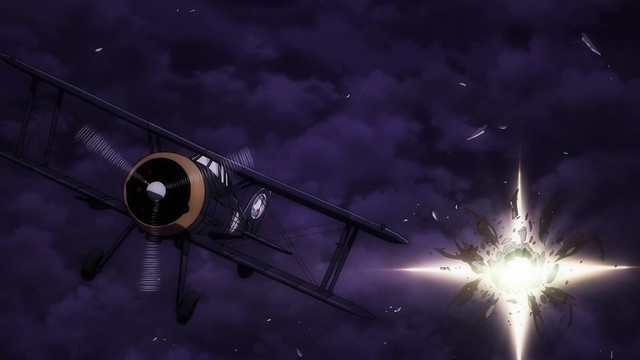 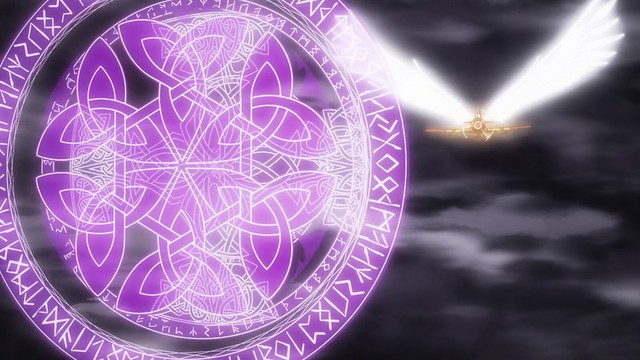 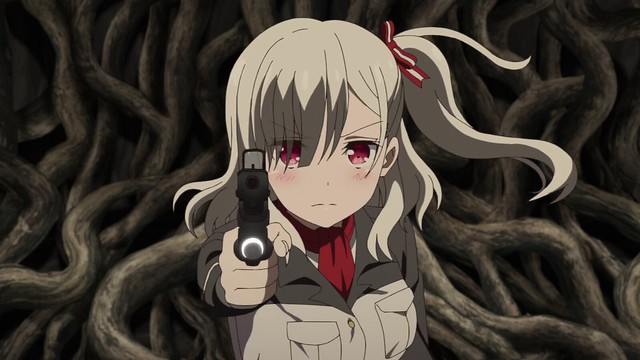 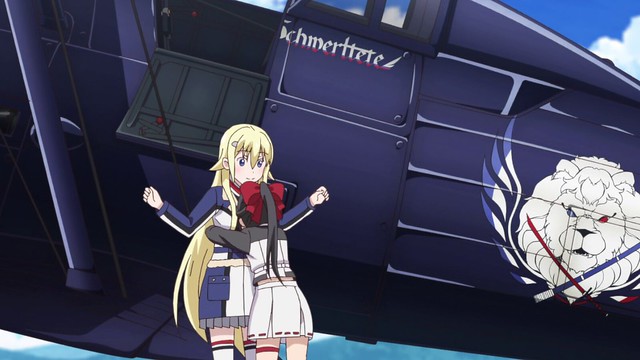 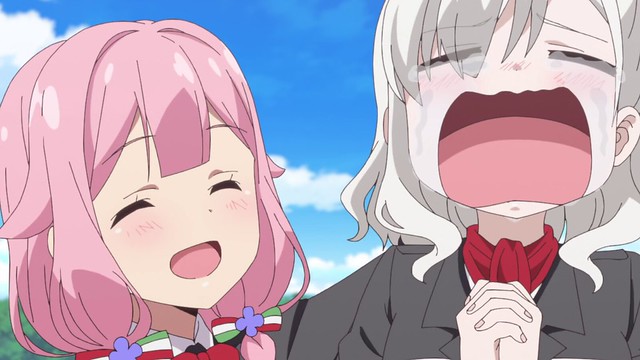 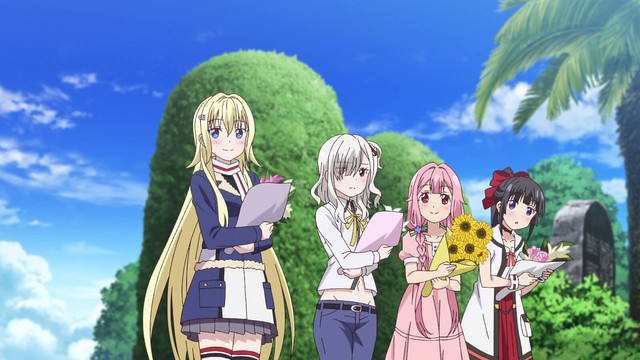 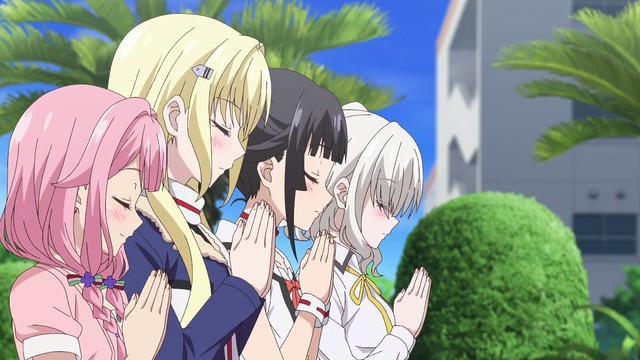 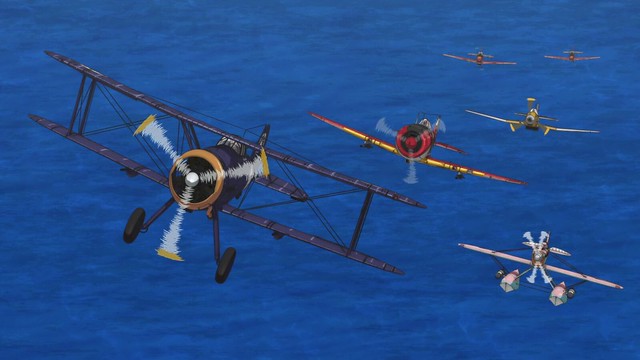 While the first three episodes established Claudia’s understanding of fellowship, the remainder of Warlords of Sigrdrifa is devoted to showing the other characters. In particular, Sonoka learns what it means to continue fighting for the future: after losing her old squadron in combat, she became more distant from others, and harbours resentment towards Yayoi for not fulfilling her promise of looking after wing-mates. It ultimately takes a kick to the rear to motivate Sonoka; having come to understand there is still much to protect and fight for, she is able to find the confidence to fly again: the memories from the fallen continue to live on in her alongside her current friends. Similarly, Azuzu had long felt that she was cursed with knowledge and regards most people with distance, feeling that any failures on her part will only cause suffering. It is only with Claudia encouraging her that Azuzu becomes more confident in her abilities, to the point where she shares her findings with the Tateyama staff and help them in the titanic final battle against the Pillar. In this journey of understanding what companionship means to them, Claudia, Azuzu and Sonoka grow as a team, mustering the resolve and strength to ultimately defeat Odin for the sake of their futures. While Miyako is the most colourful and energetic of everyone amongst the Tateyama Valkyries, she winds up being a static character, eternally optimistic and lively as she strives to maintain the morale of those around her. With her boundless energy and enthusiasm, she manages to pull Claudia and Azuzu out of their slumps, as well as support Sonoka well enough for the latter to find her own path. Warlords of Sigrdrifa‘s themes are nothing new, and while the setting is a curious one, the messages are generic enough to be applicable in a wide variety of scenarios. Claudia, Miyako, Azuzu and Sonoka alone carry Warlords of Sigrdrifa, although ultimately, Warlords of Sigrdrifa does not particularly surpass existing military-moé series to an extent as to make it easy to recommend. Folks who enjoy all things military-moé will likely still find Warlords of Sigrdrifa a passable experience, although for most viewers, inconsistencies in the story, a flimsy justification for the villain’s actions and questionable jokes in a few places may be enough of a rationale to give other series a go: while successful in presenting its themes, Warlords of Sigrdrifa feels incomplete in the world-building and story department. With this being said, each of Claudia, Miyako, Azuzu and Sonoka were highly engaging characters, speaking to how there are instances where good characters can still help an anime along.

3 responses to “Warlords of Sigrdrifa: Whole-Series Review and Reflection”