8 Comments Posted by infinitezenith on January 7, 2021

After receiving camping gear from her grandfather during the summer, Rin sets up his old tent in her living room one winter day and decides to go camping nearby; her father drives her to Koan Campground on the shores of Lake Motosu. After setting her tent up, Rin decides to start a campfire on account of it being a brisk one, but is unsuccessful. With help from the campground manager, she gets a fire going and begins to cook dinner, but ruins the rice. Fortunately, Rin’s mother had the foresight of packing additional food for her. After a dinner of instant curry ramen, Rin appreciates the beauty of Mount Fuji under sunset. In the present day, Nadeshiko’s finished her delivery route for the morning and takes a lunch break with Ena. As it turns out, everyone except Chiaki has a bit of time off for the New Year. Rin plans to visit Shizuoka so that she can check out an ocean sunrise, and sets her eyes on the Mitsuke-Tenjin Shrine, home of Shippei Taro. She sets out the next morning and runs into Nadeshiko, who hands her a package of instant curry ramen and wishes her safe travels. Thus begins the long-awaited second season to Yuru Camp△, an iyashikei anime whose focus on camping, and an appreciation of moments, struck a resonant chord with viewers. In its first season, the manga’s themes of companionship, open-mindedness, adaptability and resourcefulness were tied together with a faithful portrayal of camping and brought to life, captivating viewers who universally reported a cathartic, relaxing experience. Announcement of a second season was thus met with anticipation, and out of the gates, Yuru Camp△ 2 does not disappoint, easing viewers back into where things had left off some three years earlier.

Yuru Camp△ 2‘s decision to open with Rin’s first camping trip, set during the late winter, establishes how Rin came to be an avid solo camper: while she’d been tangentially curious about her grandfather’s old gear and preferred to stick to her books, after she found enjoyment in assembling his tent, Rin decided to put the gear to use. Her first-ever camping trip, on the shores of Lake Motosu, is a far cry from how she currently camps: she bends one of the stakes holding the tent in place while hammering them into the ground, struggles to start a fire and improperly cooks her first camping meal. However, after eating curry ramen and taking in Mount Fuji by sunset, Rin was moved, realising that with more equipment and preparation, she’d be able to really enjoy the sights and sounds of nature more often. While Rin has been shown to be somewhat inflexible and not always thoroughly preparing for her trips during Yuru Camp△, she manages to have fun nonetheless, and Yuru Camp△ 2‘s choice of flashback is a reminder that every journey had to have begun somewhere; even though her first camping trip had been comparatively rougher, she came out with precious memories that would start her hobby off in earnest. To open off Yuru Camp△ 2 in this manner is to gently remind viewers that half the fun in adventures is handling the unexpected, and so, as Rin sets off for the Shizuoka, it becomes clear that her journey there will be full of the unexpected but memorable, much as how this second season is going to be full of enjoyable surprises. 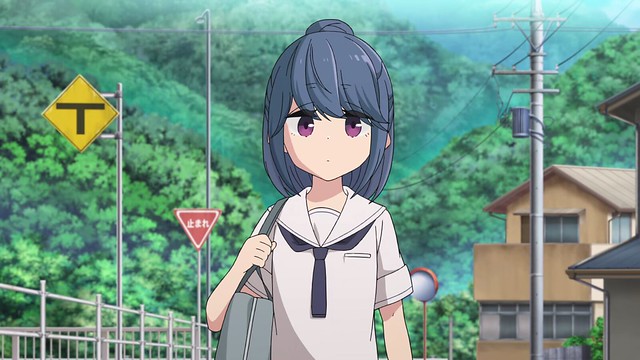 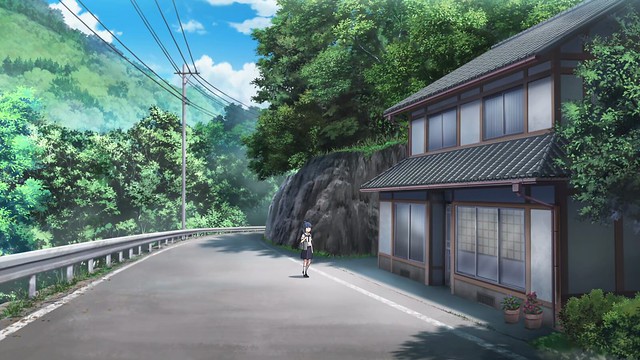 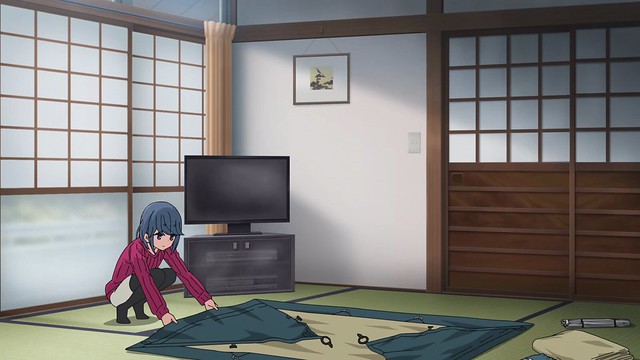 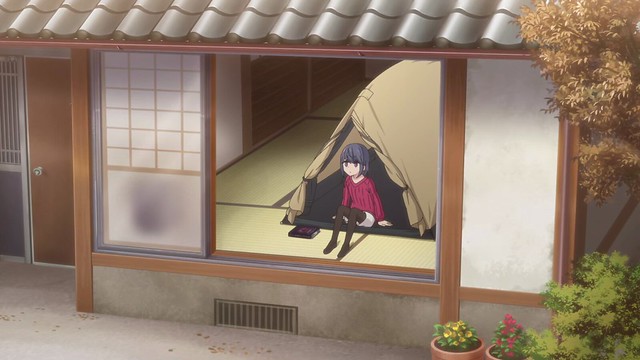 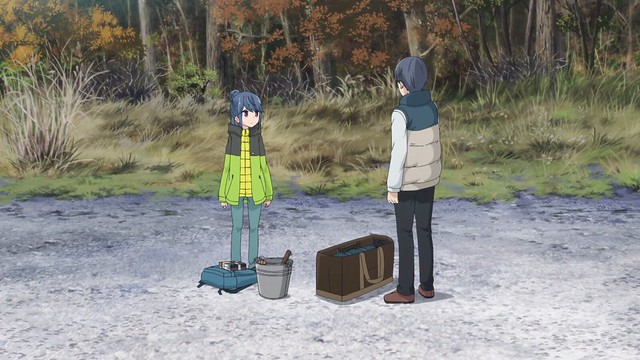 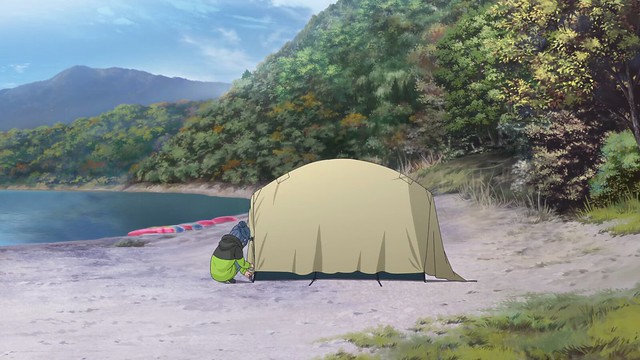 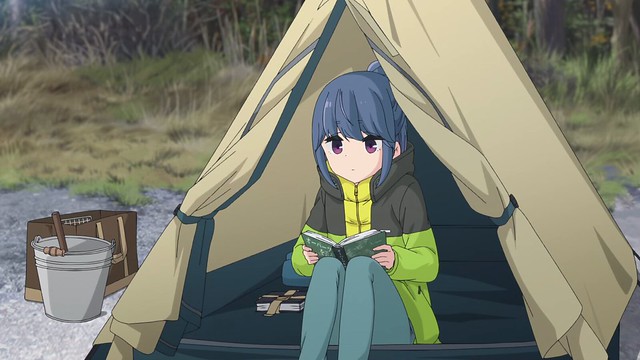 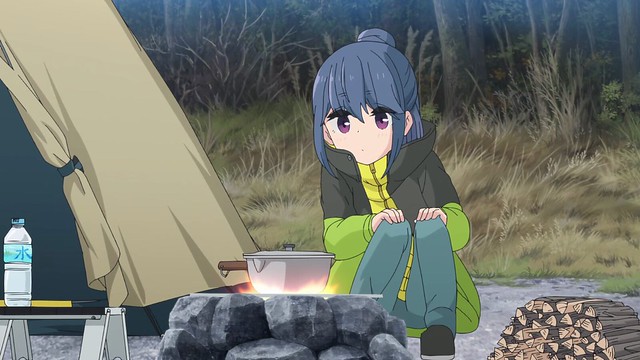 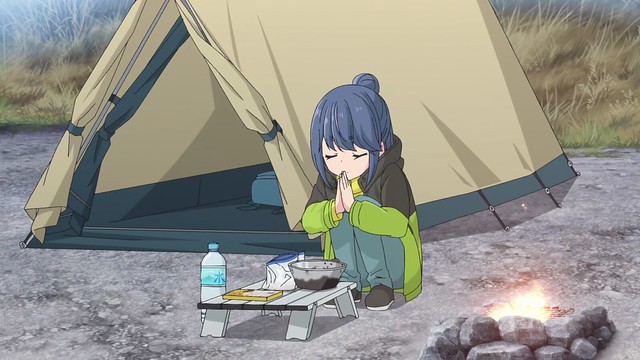 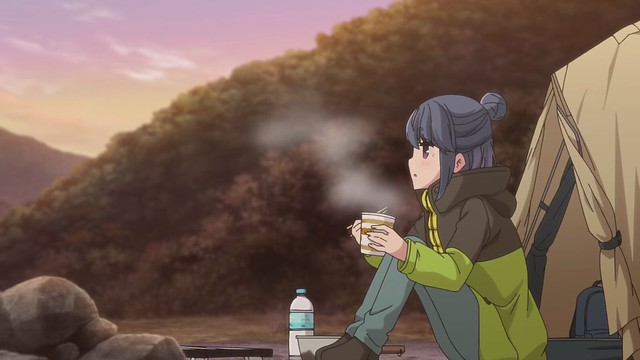 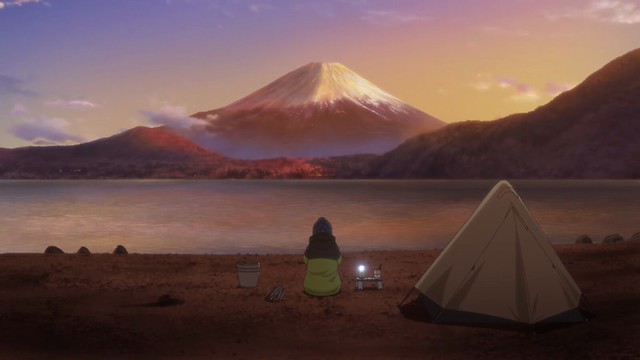 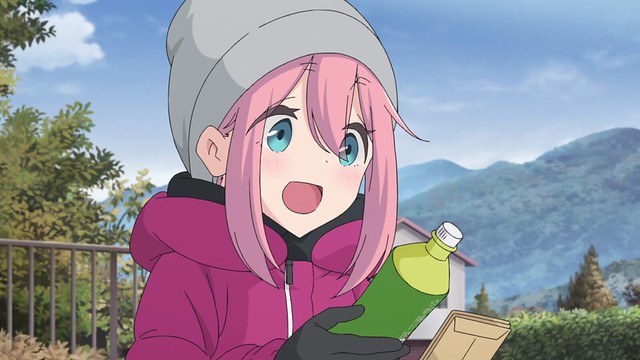 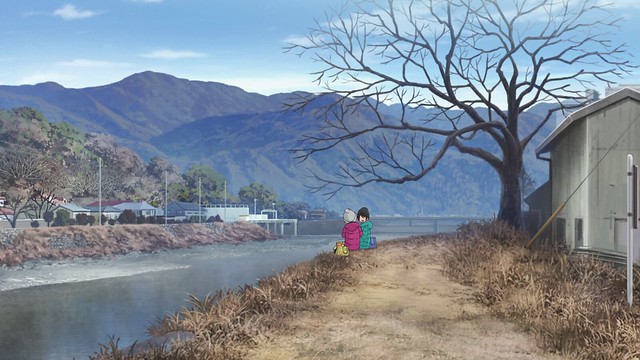 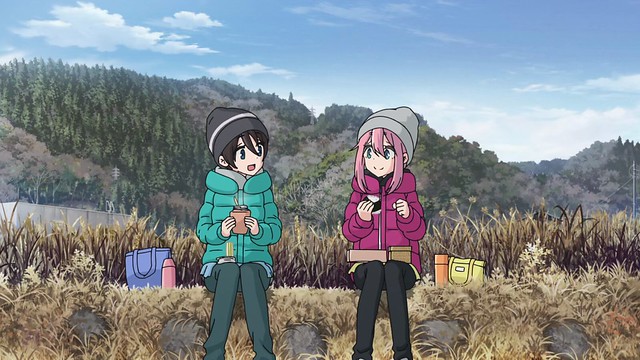 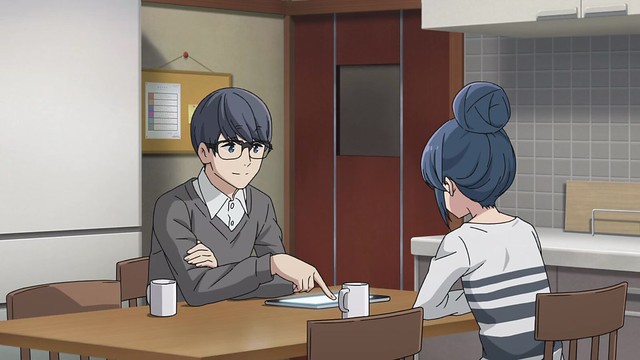 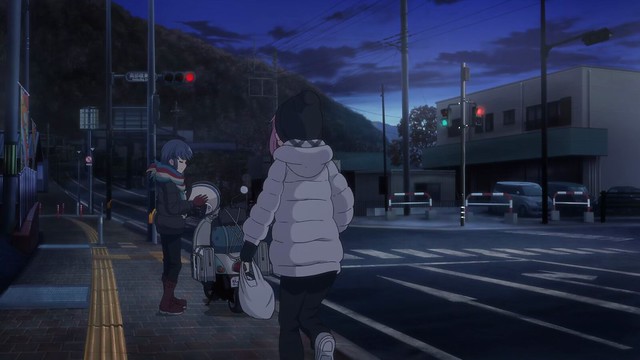 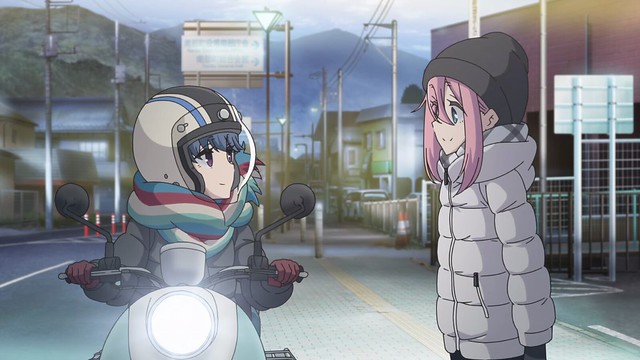 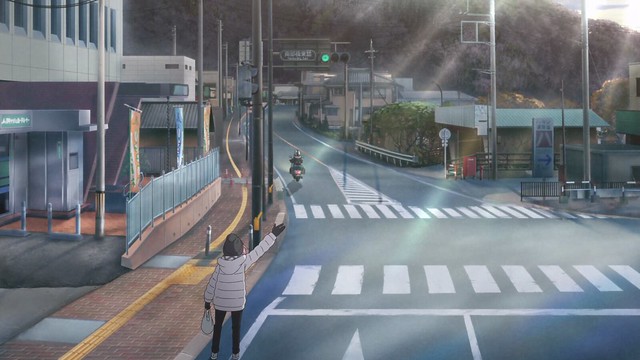 Last season saw me simultaneously write about GochiUsa: BLOOM and Strike Witches: Road to Berlin in an episodic fashion. Whether or not I delivered consistently interesting and helpful posts is something that is left as an exercise for the reader to look at; what I did discover was that episodic posts require a bit of thought that is quite different than my usual format. Each episode’s contribution to the series and small details that may enhance the viewer’s experience ended up being my focus, and while assuredly fun to write for, episodic posts are also very time consuming. This season, Yuru Camp△ 2 and Non Non Biyori Nonstop are airing – both series have had excellent predecessors and could be written about episodically. However, owing to the time commitment, I can only do one series this time around, and Yuru Camp△ 2 has earned this coveted spot. I will be writing about Yuru Camp△ 2 on a weekly basis, and cover Non Non Biyori Nonstop in the quarterly format – Yuru Camp△ 2 will offer quite a bit of discussion on outdoors techniques, survival knowledge, location hunts and the like, all of which would be interesting to read about and share with readers. This time around, my schedule means that I won’t likely be able to consistently write about the episodes on the same day as the broadcast: Yuru Camp△ talks involve a bit more reading and research, so to ensure the accuracy of what I mention, I would like to take additional time to ensure that future posts are as informative and correct as possible. Consequently, instead of rushing posts out on Thursdays after work each week, I will instead strive to have the posts done the day after at the latest, giving me additional time to look things up before writing about them: posts for Yuru Camp△ 2 will come out either Thursdays or Fridays. There’s definitely a relaxing and enjoyable journey ahead in Yuru Camp△ 2, and with this first episode setting the stage for the season, next week will see Rin’s travels to Shizuoka.