4 Comments Posted by infinitezenith on January 14, 2021

“The purpose of life is to live it, to taste experience to the utmost, to reach out eagerly and without fear for newer and richer experience.” ―Eleanor Roosevelt

After enjoying the ocean scenery at the southernmost point of Shizuoka, Rin takes off for Kakegawa to buy her mother some tea. Here, she runs into the same lady she’d encountered during a detour on trip to Kamiina: it turns out the lady works at the same teahouse, and after learning about the New Year’s event at Fukude Beach, decides to check it out. Rin’s mother also suggests checking out the teahouse on the top floor. After this stop, Rin hits Mitsuke-Tenjin Shrine, where she decides to do her New Year’s visit before learning that Shippeitarou III had passed away a few years earlier. Rin contacts Ena, who says that a dog’s lifespan is why she’s about having as much fun with Chikuwa as possible, and Rin promises to play with Chikuwa, too. Upon her arrival at Ryuyokaiyo Koen Campground, Rin hastily erects her tent before taking off to explore. After a walk to the nearby lighthouse, Rin returns to camp as the sun sets, and using feather sticks to light her fire, Rin is soon able to begin preparing her New Year’s Eve dinner: soba with deep-fried fish and egg. The next morning, Rin heads over to Fukude Beach to admire the first sunrise of the year. Back home in Minobu, Chiaki, Aoi and Akari accompany Minami to the top of Mount Minobu to see their first sunrise of the year. It turns out that Chiaki had planned for a double-sunrise viewing, but because she misread the time, they end up missing it by half an hour, despite Minami’s efforts to drive everyone up to the viewpoint. Both Rin and the others send Nadeshiko photographs of their first sunrise of the year. However, as a snowfall has blanketed the Minobu area, the roads become impassible to Rin’s moped, and her mother informs her that her grandfather will pick her up in three days, leaving her with two extra days to explore. In a return to form, Yuru Camp△ 2 brings back the juxtaposition between the serene quiet of Rin’s travels, and the energetic thrills that accompany the Outdoors Activity Club. This time around, with Nadeshiko working hard into the New Year, it’s Chiaki and Aoi who liven their New Year’s experiences up.

Yuru Camp△‘s choice to compare and contrast the two camps’ (pun intended) different approaches is to establish the dramatic differences in how Rin and the others do things. Rin’s journey is a peaceful journey of exploration and introspection, of silent appreciation for the sights and experiences in the world: she travels with a certain dignity about her, doing her best to simply take everything in during the moment. Conversely, Chiaki and Aoi’s adventures are boisterous and rowdy. Every sight is a cause for celebration, and every moment is a spirited one. Most notably, when Chiaki misreads the sunrise time for the Diamond Fuji phenomenon, an irate Aoi and Akari chase her around the parking lot, with snowballs in hand as retribution. The juxtaposition of two different styles towards life are apparent, and in between the two ends of the spectrum is Nadeshiko: while she’s been hard at work earning coin for her camping gear, in seeing both Rin and the Outdoor Activities Club’s events allows her to see two different perspectives on life itself. This choice here, then, is to suggest that Nadeshiko’s experiences will be at the heart of Yuru Camp△ 2, as she comes to discover the joys of quiet and rowdy events, as well as everything in between: with a promising start to the new year, the months ahead are sure to be filled to the brim with adventure and discovery, which is what viewers doubtlessly have come to see. In the meantime, Rin will continue to get some shine time as she tries to figure out what to do with her additional time in Shizuoka, helping her to adapt to ever-changing situations and come away with lifelong memories. 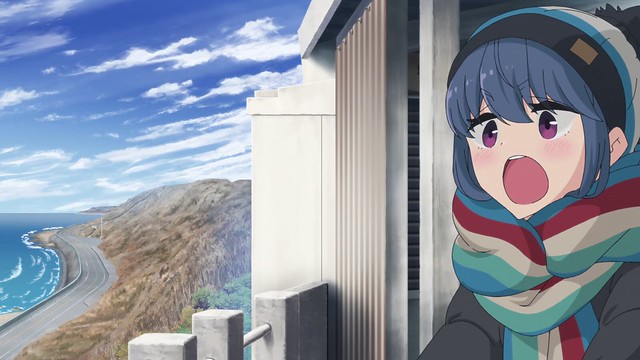 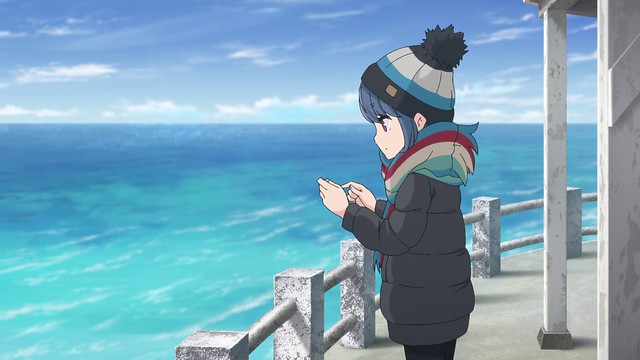 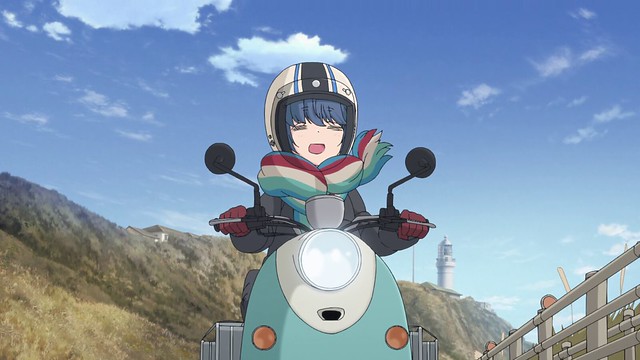 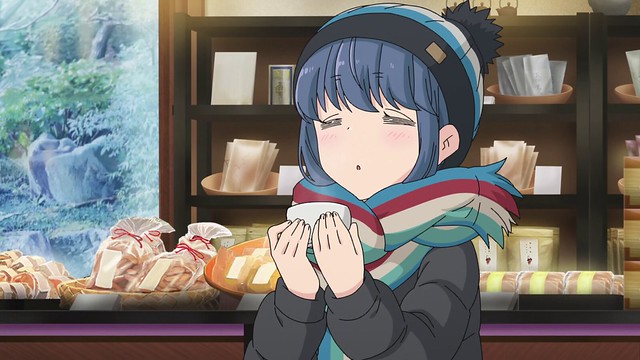 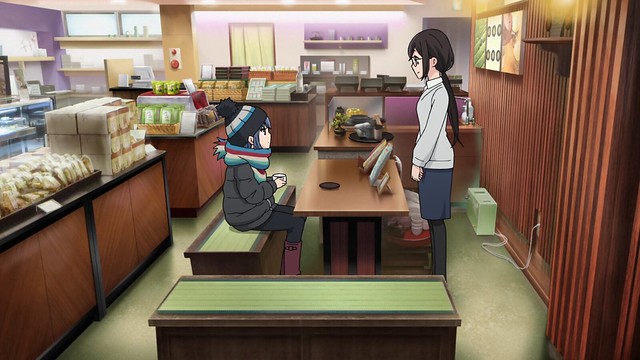 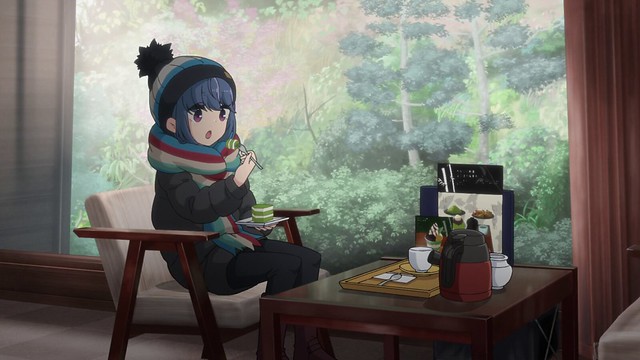 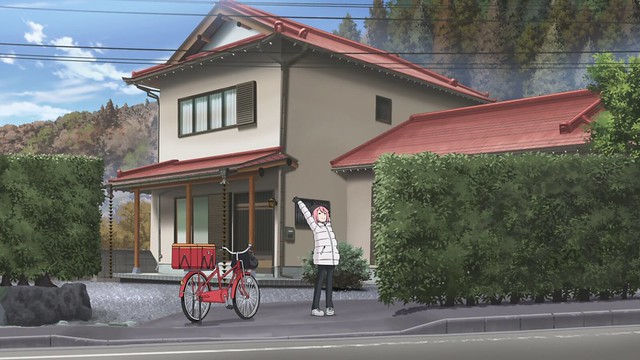 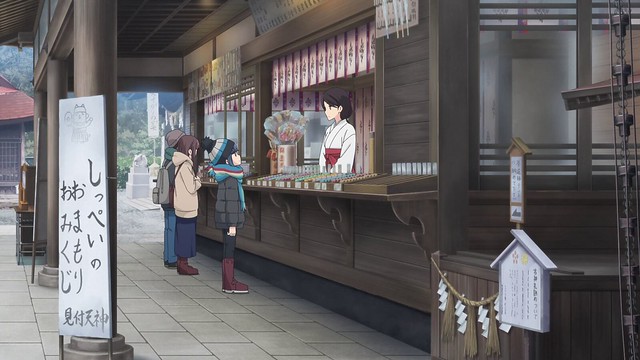 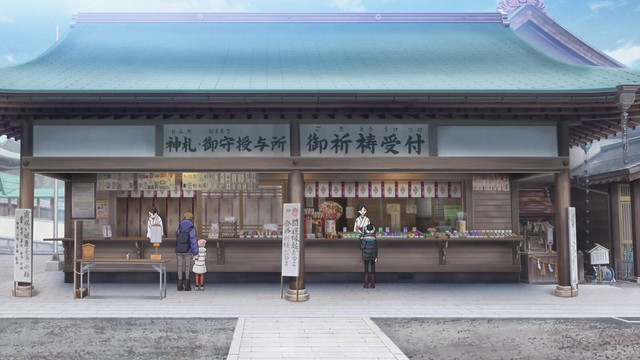 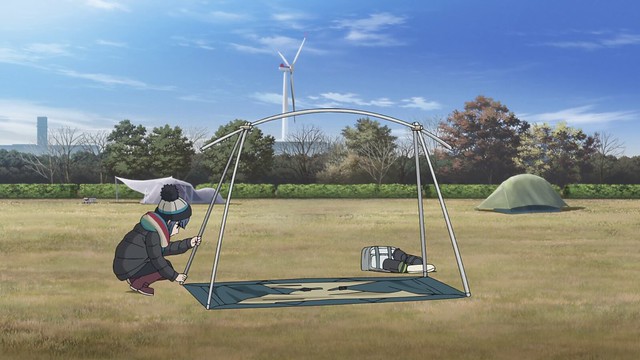 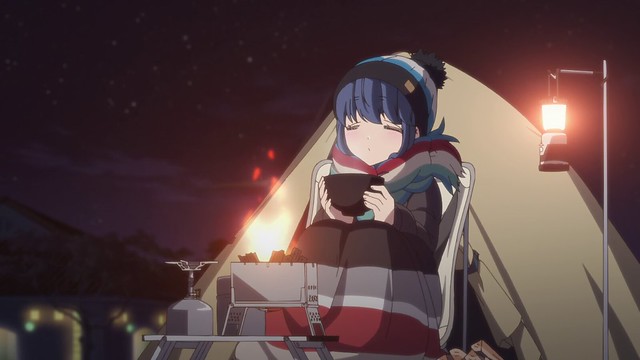 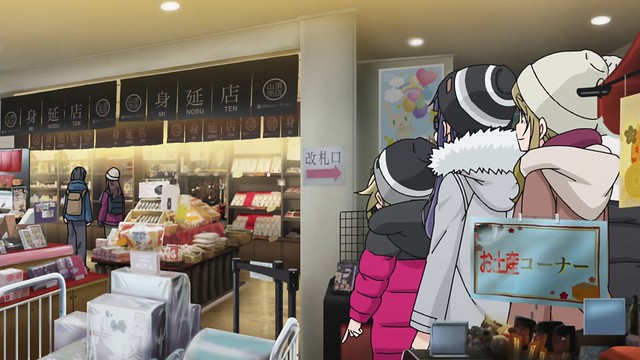 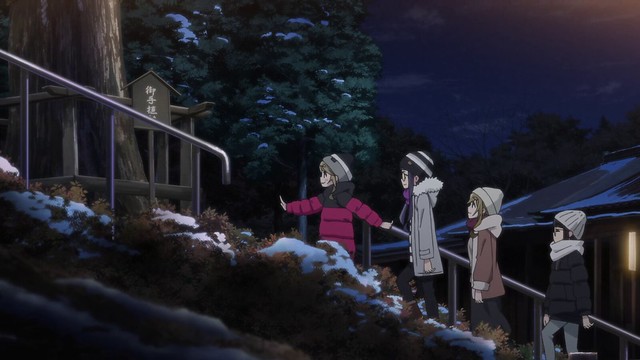 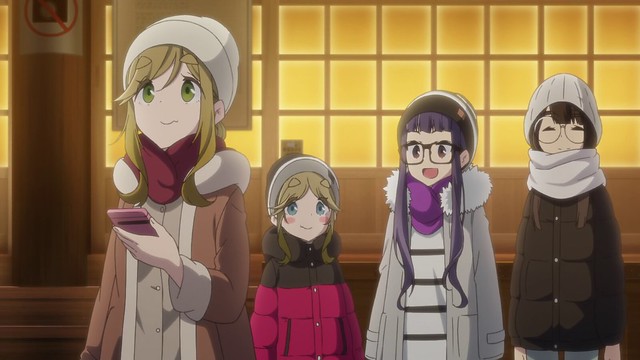 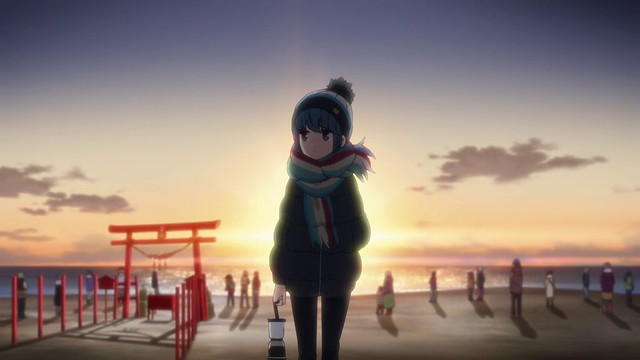 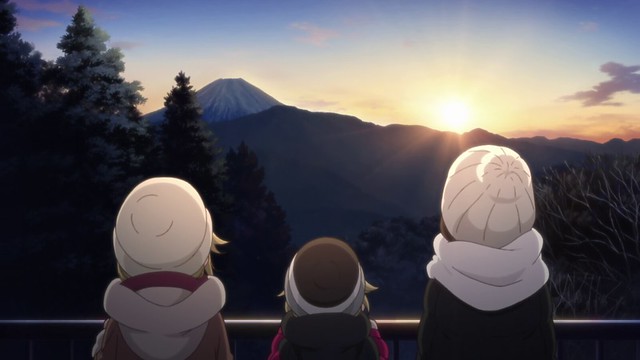 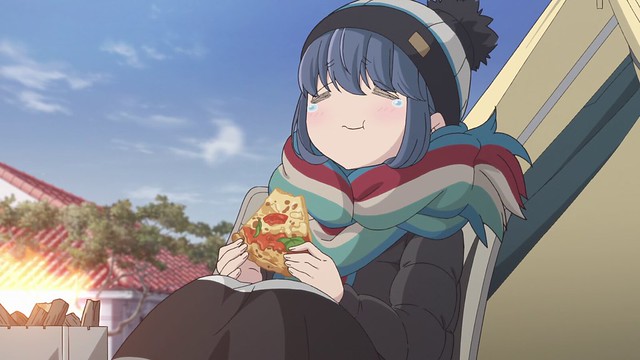 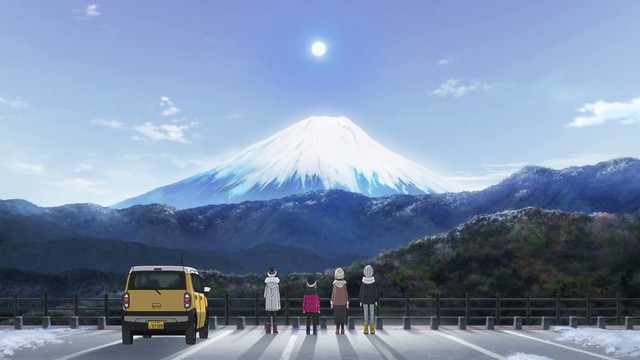 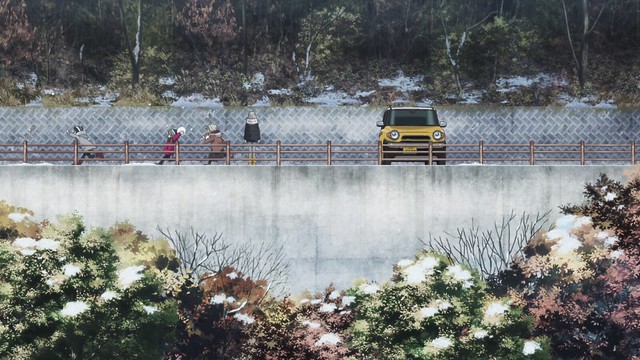 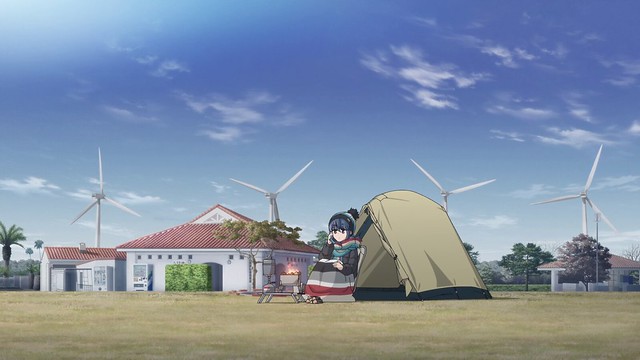 Par the course for Yuru Camp△, this second episode has faithfully reproduced real-world locations as the backdrop for both Rin and the Outdoors Activity Club’s travels. This serves to really accentuate the idea that Rin, Nadeshiko, Chiaki, Aoi and Ena’s travels are very much things people can get into themselves, and that their discoveries are very much something viewers can make for themselves, as well. With almost all locations in Yuru Camp△ being modelled after their real-world counterparts, this leaves no shortage of places to explore and hunt down: one of the biggest joys about Yuru Camp△ is being able to see how faithfully the anime brings attractions to life. I could occupy entire episodic posts with facts and travel notes about the locations Yuru Camp△ presents. However, these episodic posts are really more to focus on character dynamics, growth and learnings amongst the characters, so I will discuss the locations of Yuru Camp△ 2 quite separately. Even in the absence of location information, Yuru Camp△ 2 leaves much to discuss and consider. This episode, for instance, hints at why living in the moment is such an integral theme in Yuru Camp△; after learning that Shippeitarou III is deceased, Rin wonders what Ena thinks about the fact that Chikuwa won’t always be with her, and Ena’s response demonstrates a respectable level of thought into matters viewers might not always consider. It is precisely because things are finite that makes seizing the day all the more meaningful, tying in with Yuru Camp△ 2‘s opening song. Living in the moment appears to be what Yuru Camp△ 2 aims to convey, and as the series continues, this message will likely return again to the foreground. In the meantime, it would appear that Rin’s certainly living in the moment, deciding to go for a pizza from a food truck before regrouping and figuring out what she’d like to do until her grandfather can pick her up.