“Life is a series of natural and spontaneous changes. Don’t resist them; that only creates sorrow. Let reality be reality. Let things flow naturally forward in whatever way they like.” –Lao Tzu

Renge, Hotaru, Komari, Natsumi and Suguru show up to help Kazuho plant tomatoes on a summer’s day. When a mid-day show appears, Natsumi suggests building a greenhouse to keep the seedlings warm after Renge worries about them, and after a day’s work, the greenhouses are fully set up, to Renge’s joy. Later, to help Akane relax around people she’s unfamiliar with, Konomi bring her over on a visit to Komari’s place. After initially worrying, Akane relaxes and helps the others to bake cookies. After a train ride back from the store, Hotaru is humiliated when she learns Konomi had seen her acting child-like with her parents, although Konomi assures her it’s fine to unwind every now and then. However, when Konomi tries to have Hotaru relax in front of her and Komari, Hotaru runs away. On a hot summer’s day, Hikage returns home and runs into Natsumi. However, while playing ball, Natsumi’s stray pitches knocks over and shatters a potted plant. While the girls consider apologising, upon learning that Yukiko isn’t home, Natsumi decides to cover up their misdeed, only for Yukiko to show up as they begin clearing away the mess. Hikage reminisces about how she and Natsumi were always at odds with one another, but in spite of this, would make up shortly after: as children, Hikage carried Natsumi home after the latter had slipped on a slope and scraped her knees. In the present day, Hikage decides to join Natsumi and Natsumi as they head off to play at a fort Natsumi had built years earlier. Here at the quarter-mark to Non Non Biyori Nonstop, the third season has swiftly hit its stride, bringing back memories of what had made the first two seasons so enjoyable: life lessons are presented in a humourous fashion, all the while set in a laid-back countryside setting where peaceful days go on endlessly.

Having now followed Non Non Biyori for upwards of seven years, the similarities between Non Non Biyori and Chibi Maruko-chan, become visible. Both series recount everyday tribulations and lessons that the protagonists might encounter; Chibi Maruko-chan is a manga that ran from 1986 to 2018, and followed a nine year old girl who was inspired by author Momoko Sakura’s own life. Sakura began writing the manga to convey life lessons in a visual format, and things quickly took off, with critics praising the series as being earnest, sincere and nostalgic. Comedy in Chibi Maruko-chan is derived from unfair or ironic situations Maruko and her friends find themselves in, but each episode has a moral that Maruko must learn in order to solve whatever trouble she’s caused, or overcome whatever problem had appeared. Non Non Biyori follows a similar format, and the series’ success is for the same reason Chibi Maruko-chan succeeded: there’s a timelessness about both works that leave their morals and lessons palatable and relatable to viewers. In Non Non Biyori, each episode is a self-contained experience where Hotaru and the others come out with something (e.g. it’s sometimes okay to be childish when one is still young, and friendships prevail even in the face of trouble). Non Non Biyori subtly includes more continuous events to give the sense that time is moving, and Akane’s introduction in Nonstop gives the sense that the flow of time does exist in Non Non Biyori, but this flow is very languid and relaxed, which allows the series to convey its lessons and morals with a hint of nostalgia, similarly to how Chibi Maruko-chan tells its stories. 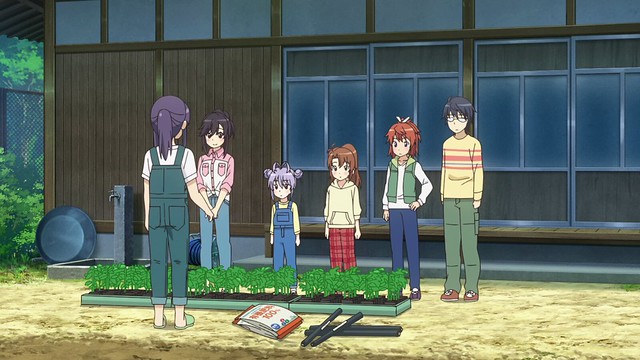 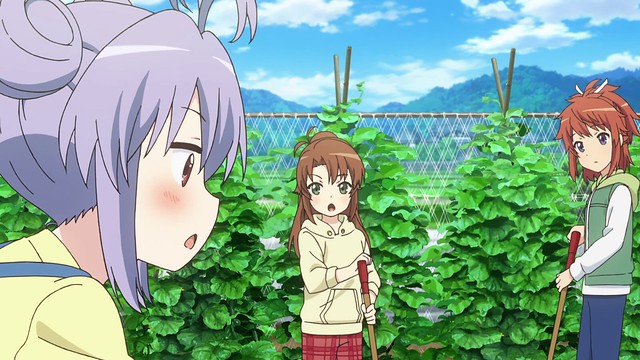 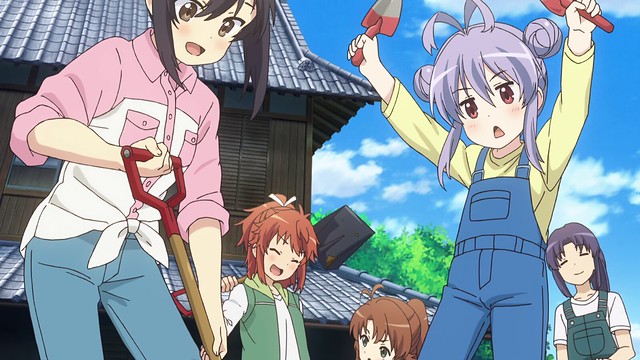 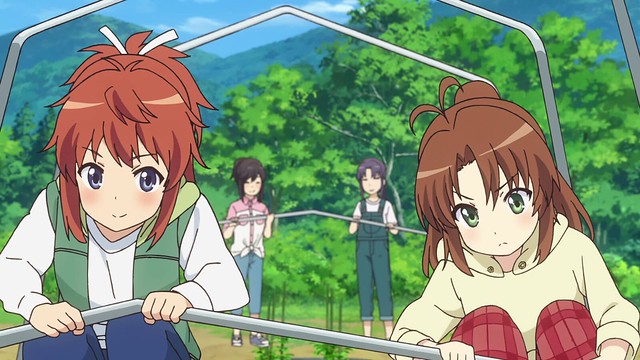 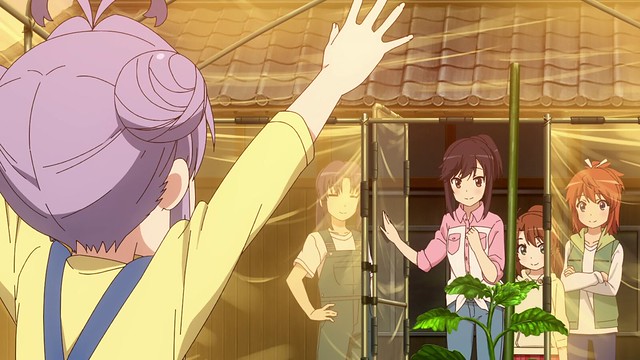 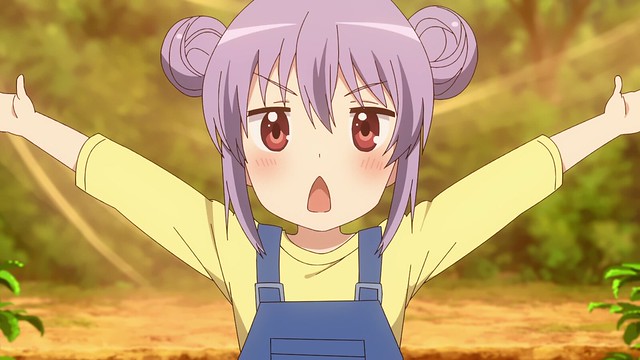 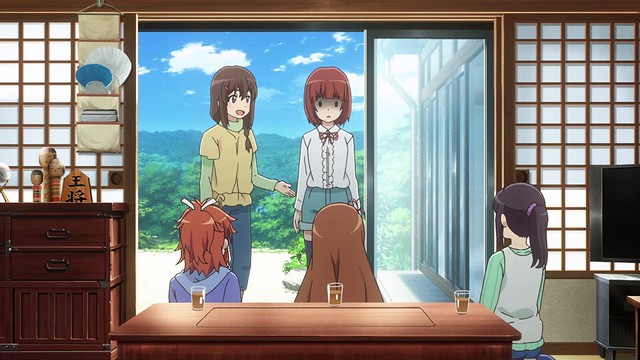 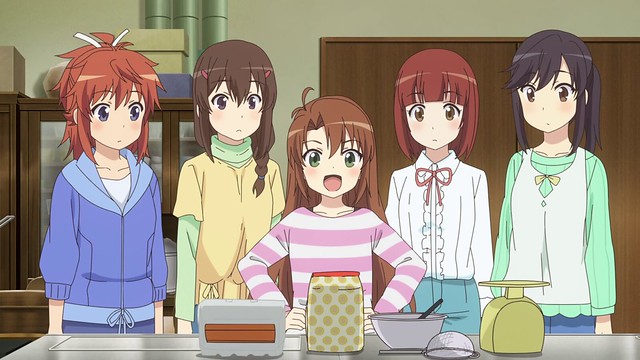 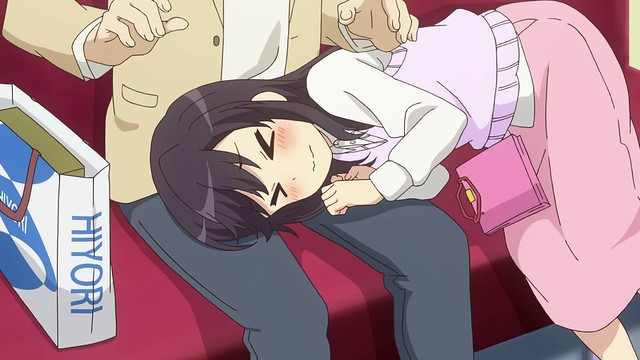 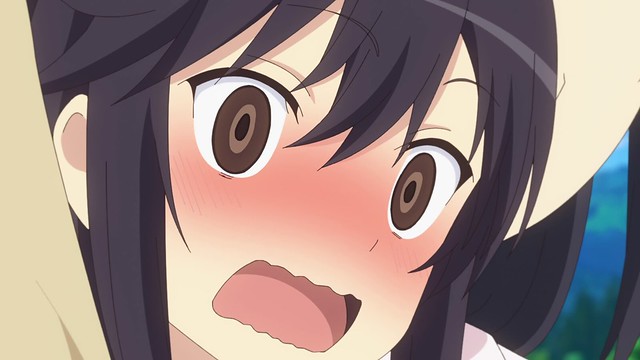 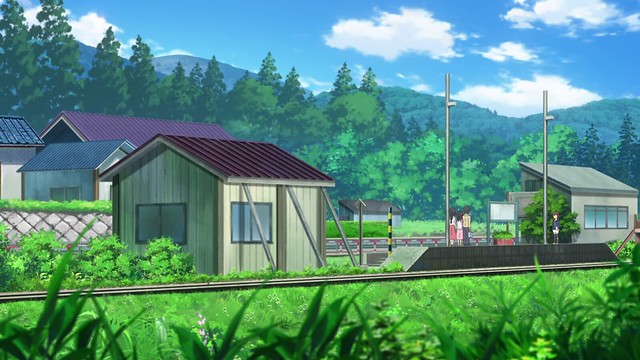 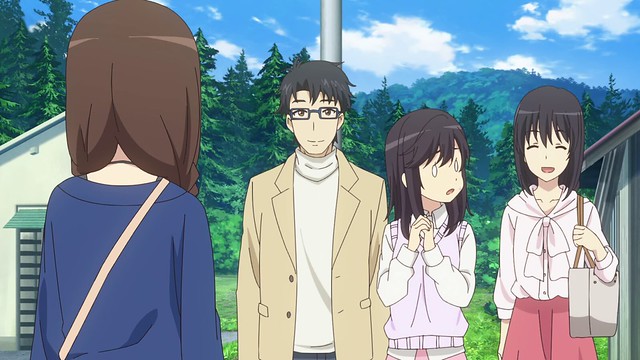 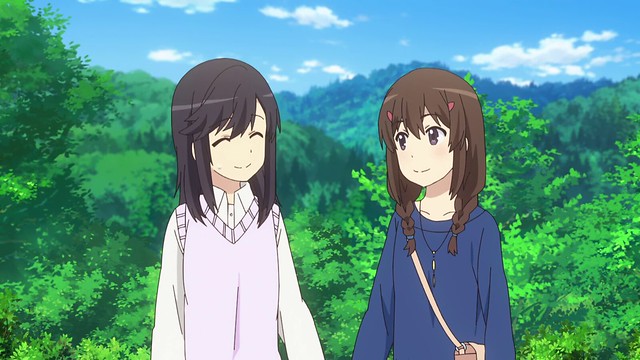 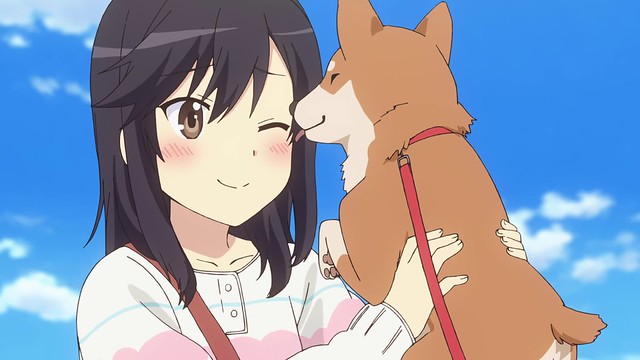 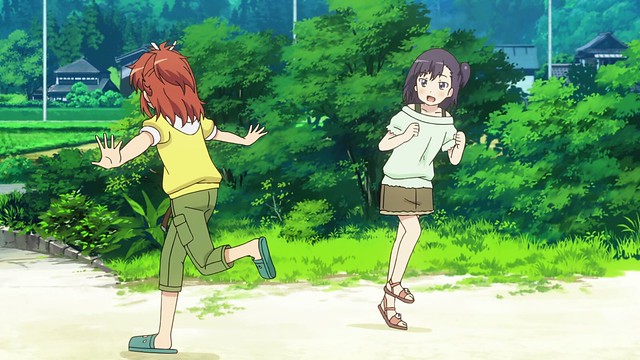 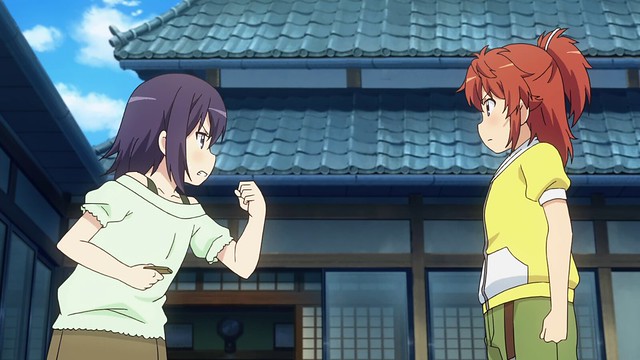 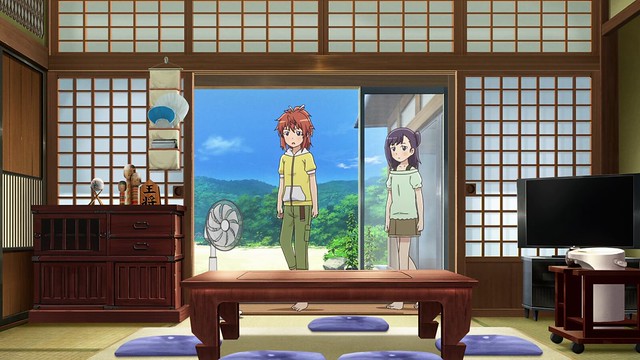 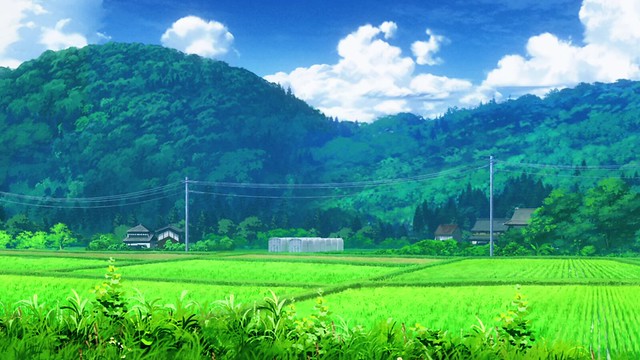 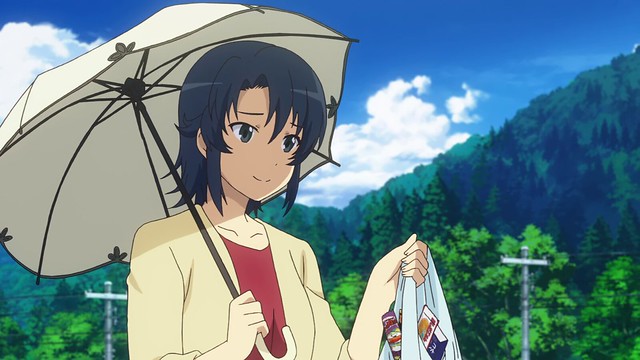 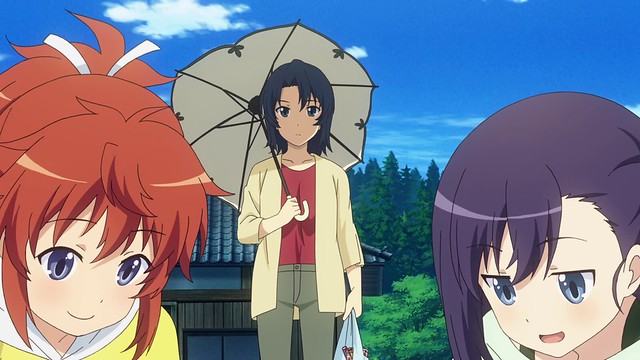 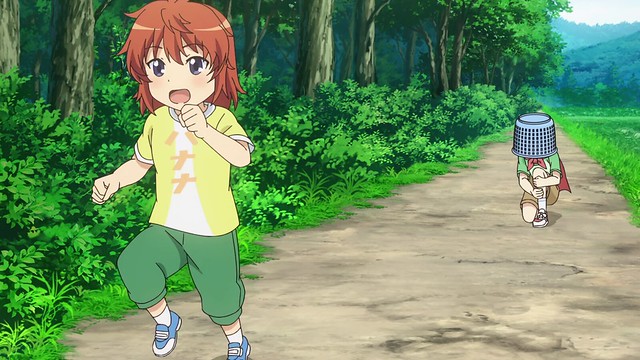 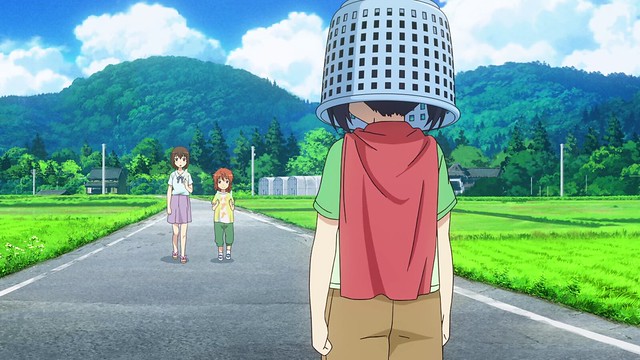 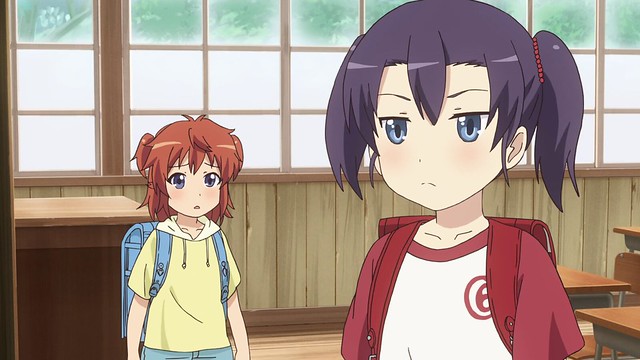 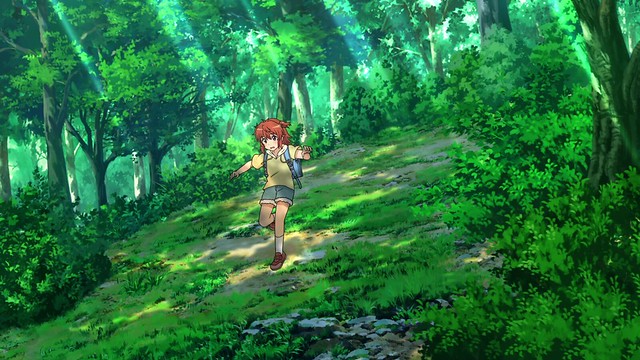 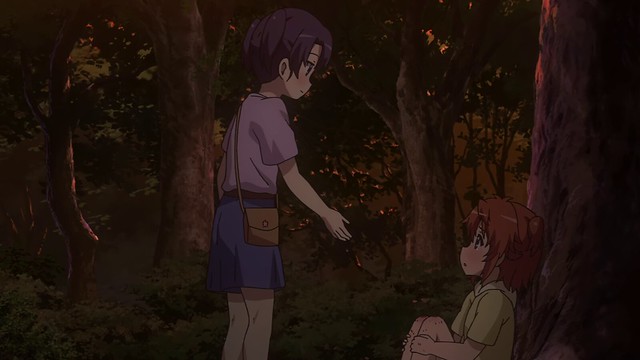 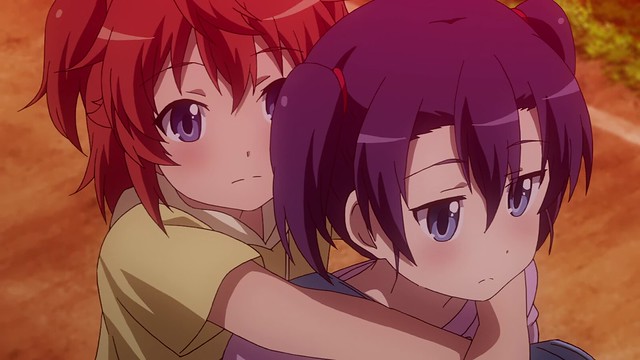 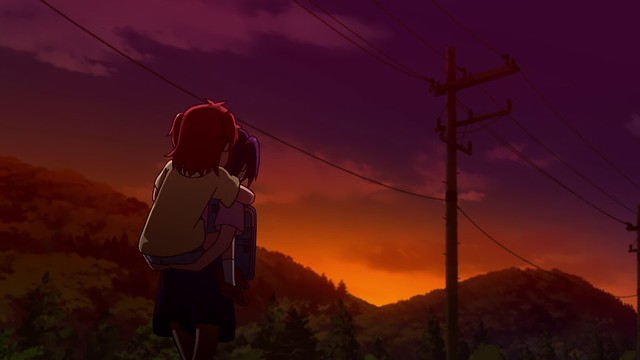 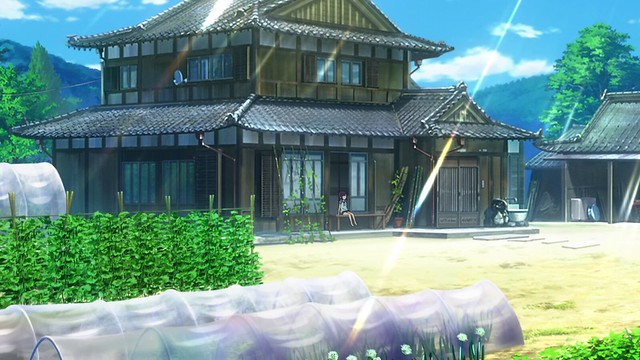 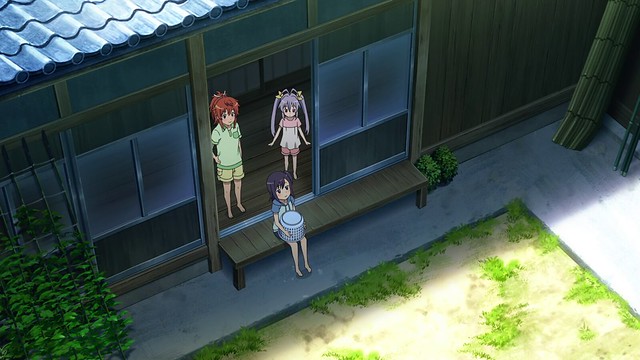 When I was younger, Chibi Maruko-chan was the première show to watch on Saturday evenings: I used to have a large number of VCDs with the show in Cantonese dub, and in retrospect, the Cantonese dub did a solid job of conveying what was happening in every episode: through situational and dramatic irony, Chibi Maruko-chan left viewers to form their own conclusions about what each episode entailed, and this level of engagement helps to accentuate a particular idea. It is therefore praise to compare Non Non Biyori with Chibi Maruko-chan : the countryside setting and beautiful visuals of Non Non Biyori seem far removed from the simpler art style and Shizuoka setting of Chibi Maruko-chan, but beyond these initial differences, both series excels with their respective stories. This is why I’ve found Non Non Biyori to be enjoyable, as each episode gives viewers plenty to laugh at. From the dialogue, to visual humour and use of timing to set up jokes, Nonstop continues in the manner of its predecessors to deliver a heart-warming and hilarious experience. Now that we are past the third episode, it is reasonable to suggest that Nonstop will be a consistently enjoyable experience as we move into later episodes, and moreover, even after something like a movie, Nonstop has had no trouble easing back into the languid, casual pacing that characterises life in Asahigaoka, rather similarly to how one reacquaints themselves with routine following a vacation of their own.