What Are You Buying With Your Temp Job Money?: Yuru Camp△ 2 Fourth Episode Impressions and Review

5 Comments Posted by infinitezenith on January 28, 2021

Over the winter break, Chiaki picked up a new tarp for the Outdoor Activities Club, and after classes end, they decide to try setting it up on school grounds to become familiar with the process. However, Chiaki had forgotten the poles, and so, they end up getting Nadeshiko to prop the tarp up. Eventually, Nadeshiko finds an easel to stand in for the pole, as things had been getting exhausting. The girls begin considering what they’d like to buy next: while Chiaki is excited about a hammock, and Aoi is looking for the sort of camping chair that Rin has, Nadeshiko’s sights are set on the propane lantern she’d seen at Caribou a few months earlier. At the train station, Nadeshiko notices that the platform is empty, save for herself, and begins to wonder what the solo camping experience is like. However, to camp solo, she’d need more gear, and so, she sets about searching for other part-time jobs in the area. The next day, after sharing her thoughts with Chiaki and Aoi, who think that Nadeshiko might be able to work at a campsite, the girls notice an oil heater in the camping gear magazine. Later that evening, Sakura invites Nadeshiko out to dinner at a tempura restaurant, noting that they’ve got a recently opened part time position. Nadeshiko later purchases the propane lantern and shows it to her family, before gifting a picket oil heater to Sakura as thanks. With the winter break over, we’re back in Yamanashi for Yuru Camp△ 2, and this fourth episode represents a return to routine as the girls settle in to their next semester. However, Yuru Camp△ 2 demonstrates that routine or not, there’s always a new discovery to be made in the world of camping, even though no tents are pitched this time around.

Now that classes are back in session, the Outdoors Activity Club resumes with the new gear that Chiaki’s picked up, and with it, the possibility of the Outdoors Activity Club acquiring increasingly sophisticated gear to further their camping experience. Yuru Camp△ had established how people could have a remarkable, memorable time with the bare minimum of equipment and a bit of creativity: the girls might not have the most top-of-the line tents, sleeping bags, pads or burners, but they did have resourcefulness. By adapting and learning, both Rin and the Outdoors Activity Club bring out the best in camping. However, having established this, Yuru Camp△ 2 begins to suggest at what lies ahead: as the girls earn the money for improved camping equipment, they simultaneously become more experienced in managing and making the most of their gear to have even bigger adventures. Yuru Camp△ 2 thus indicates that camping itself (and indeed, any activity) is a journey in and of itself: as people start out, inexperience results in clumsy mistakes and hard lessons learnt. However, as people become more familiar with their activity, they begin to appreciate the nuances and skills (colloquially referred to as “life hacks”) needed to get more out of things. Having shown what the beginnings look like for both Rin and the Outdoors Activity Club, then, a meaningful journey lies ahead in Yuru Camp△ 2 as both Rin and the Outdoors Activity Club continue to camp; only this time, we’ll be able to see what intermediate camping looks like now that the girls have more experience and better gear. 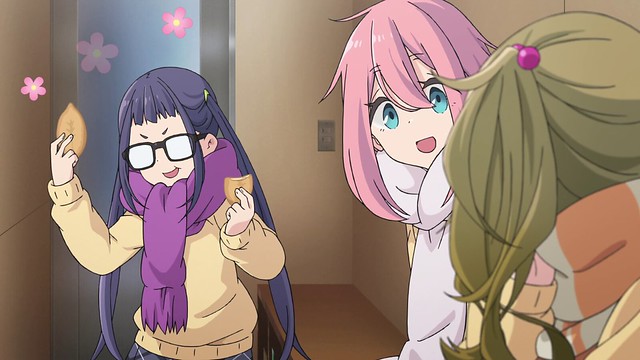 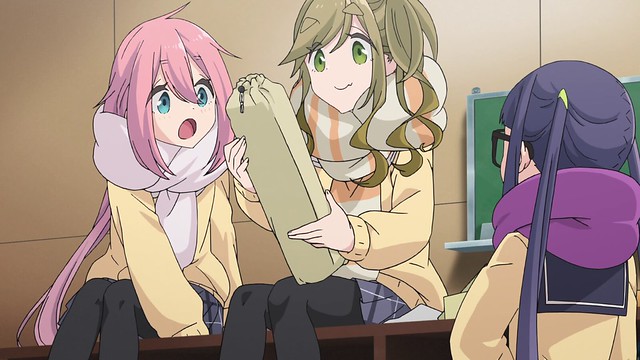 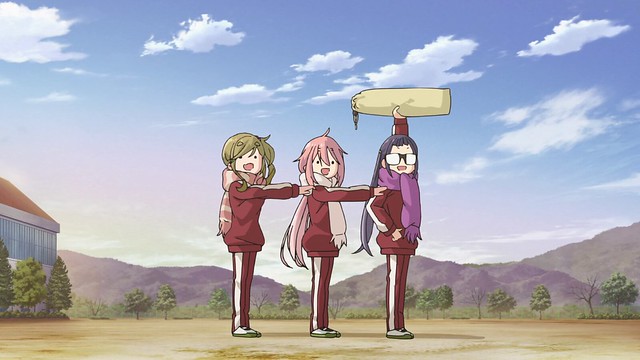 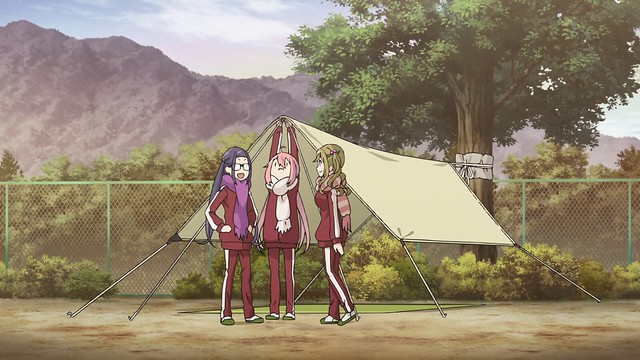 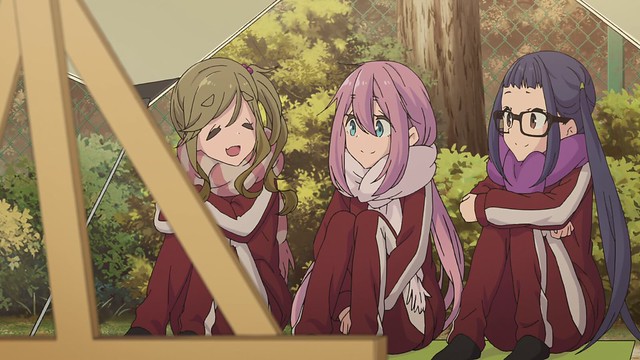 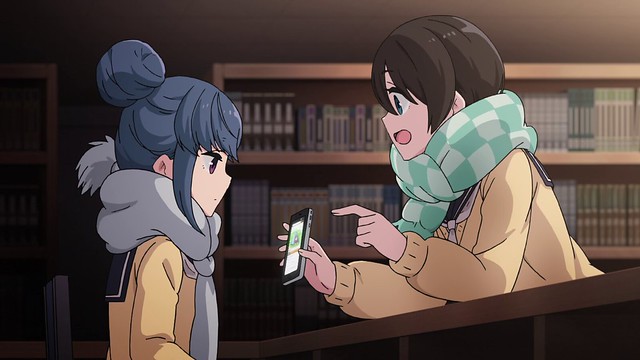 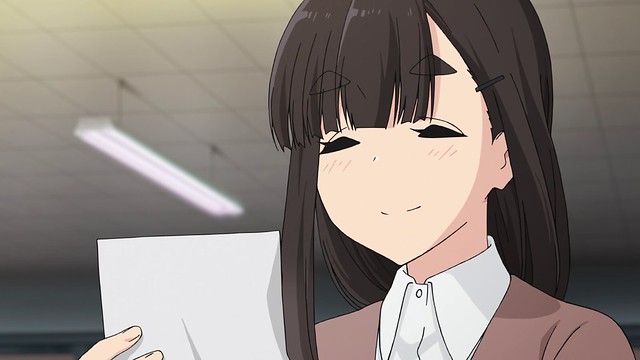 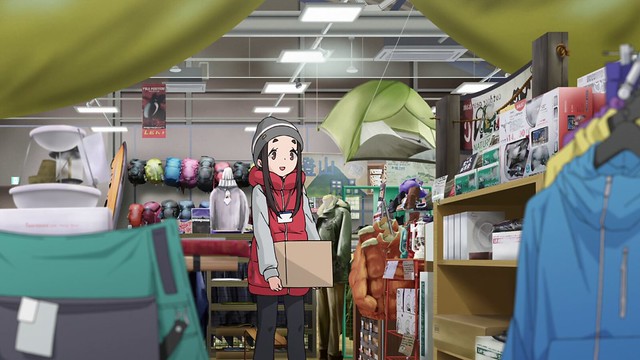 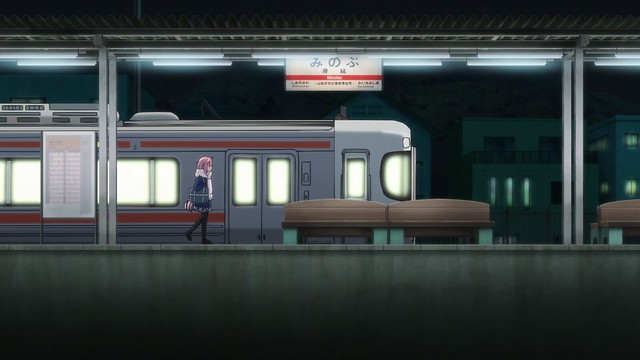 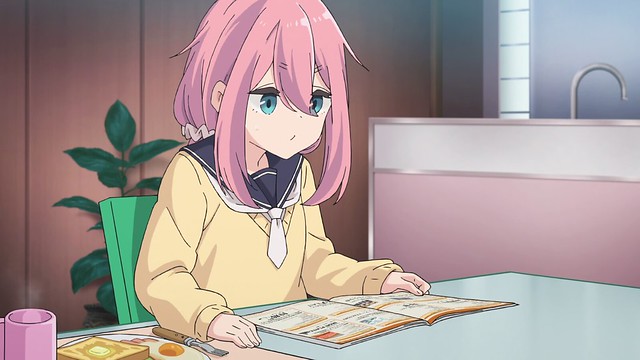 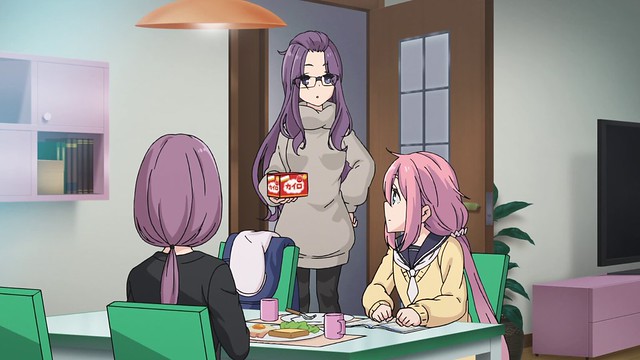 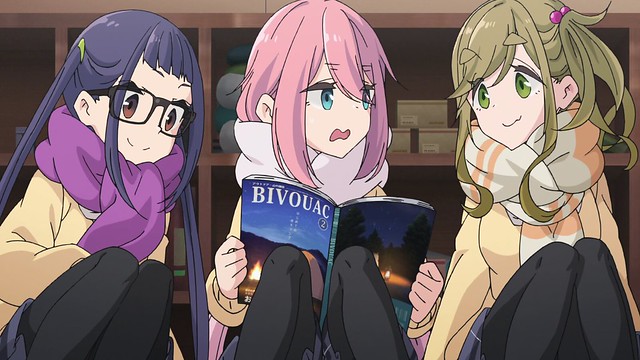 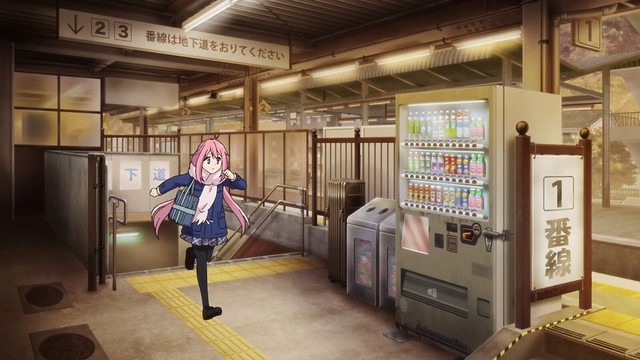 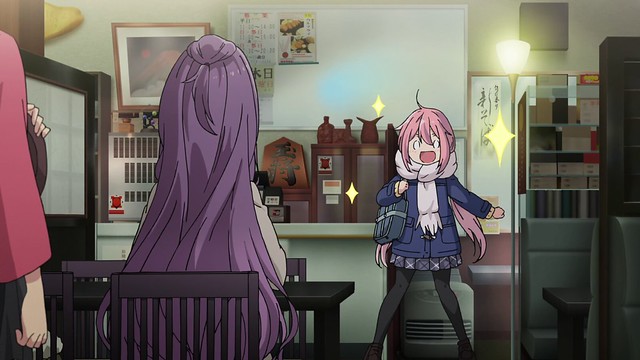 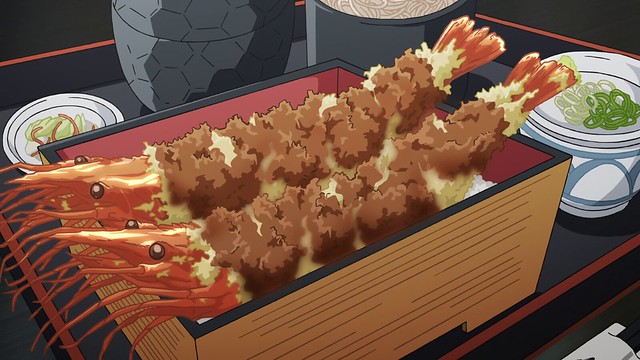 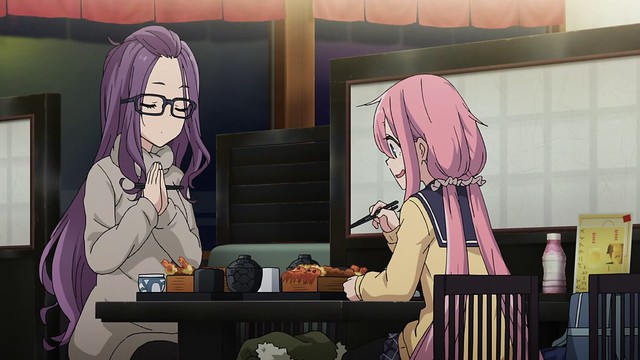 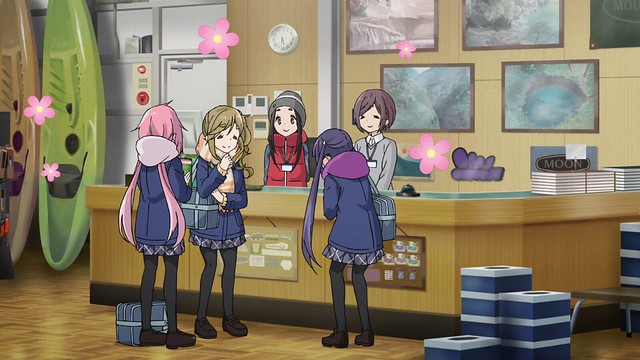 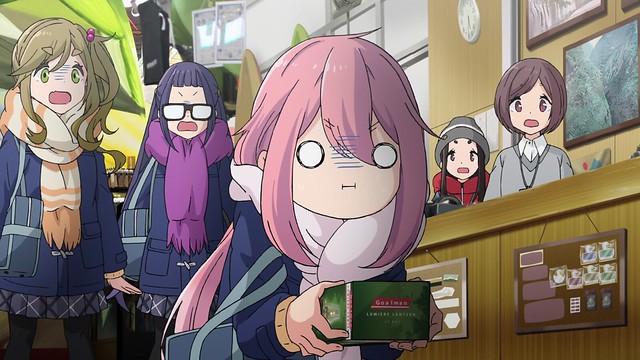 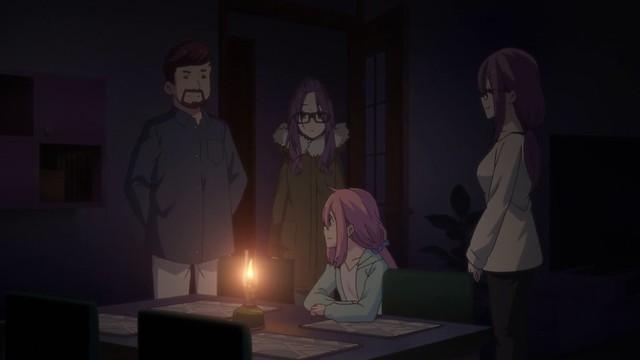 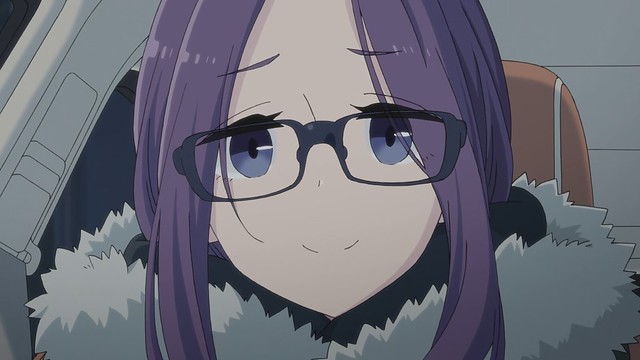 Besides hinting at the girls beginning to learn more advanced outdoors techniques over time, Yuru Camp△ 2‘s fourth episode also conveys a story about appreciation. At the episode’s opening, Chiaki is happily enjoying the snacks her friends have brought her from Takahara and Hamamatsu; having worked hard over the winter break, she’s now able to pick up a new tarp for the Outdoor Activity Club’s camping trips in the future. Similarly, after noticing that Sakura is struggling with the cold Yamanashi winters, and upon learning that Sakura had found a part time job in the Minobu area for her, Nadeshiko returns the favour immediately with a reusable pocket oil heater, putting a smile on Sakura’s face. The expression and repayment of gratitude within Yuru Camp△ creates an exceptional sense of warmth, and as the previous episode had demonstrated, the act of saying “thank you” is an adventure in and of itself. These are important life lessons, and Yuru Camp△ succeeds in conveying them without every preaching them or coming across as overbearing in its messages. This is one of the joys about slice-of-life series that accounts for their consistent success; besides their central activity, topics as varied as counting one’s blessings, repaying acts of kindness, being adaptive and open minded are always covered in a meaningful, thoughtful manner. That slice-of-life anime like Yuru Camp△, Tamayura, ARIA, Koisuru Asteroid, Houkago Teibou Nisshi and GochiUsa, to name a few, consistently succeed in doing so, would suggest that people maturing as a result of their pursuits, brought together by common interests and shared experiences.

5 responses to “What Are You Buying With Your Temp Job Money?: Yuru Camp△ 2 Fourth Episode Impressions and Review”