Jon’s Creator Showcase: Welcoming Highlights for the First Posts of 2021

“Be willing to share your blessings. The only riches that last are the ones that are given away.” –David Khalil

Jon’s Creator Showcase is now entering its third year, and Jon Spencer Reviews has just finished hosting the first showcase for 2021, which saw a grand total of thirty-two submissions. As a bit of background, Jon’s Creator Showcase began as a means of allowing content creators to submit works they’re particularly proud of, and a host for that month would aggregate them into one spot. The end result is a collection of different materials, styles and perspectives from across the community that acts as a best-of feature. For participants, it’s a chance to have their best works on display for the world to appreciate. For hosts, it becomes an immensely enjoyable exercise: one has the chance to check out an incredible variety of work. In previous years, besides blog posts, I’ve seen short stories, videos and even a video game submitted to Jon’s Creator Showcase. Participation is simple: folks interested in joining the event only need to submit their favourite post from the previous month (i.e. January 2021) to myself, either on Twitter or using WordPress’ comments section. If one is submitting through Twitter, participants are asked to use the hashtag #TheJCS to make it easier for hosts to track submissions. Then, in the spirit of keeping the party going, participants are also encouraged to nominate others to submit their work, as well. On Twitter, I will confirm that I’ve received a submission by liking it. The host typically then presents the submissions in a manner of their choosing. Folks have until the last day of February to submit their favourite post from January, and I am rather looking forwards to seeing what submissions will come in for this round. Jon’s Creator Showcase is an open and inclusive event, so content of all sorts is permitted. In the interest of respecting my house rules, I will not permit anything that involves promoting hate or inciting violence. This is more of a formality, above all else: during Jon Creator’s Showcase’s run, folks have done an amazing job of supplying great content. Once I’ve received a submission, I will opted to summarise what I got out of each submission and what is particularly stand-out about it. 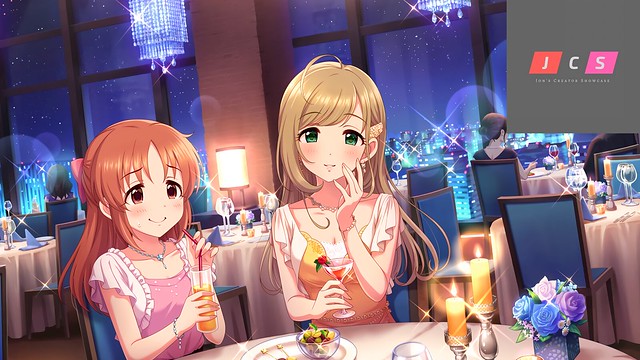 What does a showcase in my style look like, one wonders? I will make an example using one of my existing posts; were I not hosting, I would have sent in my talk about Yuru Camp△ 2‘s first set of location hunts. Using the Oculus Quest and my own location hunting experience, I bring readers to the locations that Rin and Nadeshiko visit in the first three episodes of Yuru Camp△‘s second season. The aim of this post is to provide a succinct outline of these locations and how to get there for viewers, such that interested parties can check it out in Google Maps, or for the more intrepid readers, plan out an actual excursion here, using information from my post as a starting point. It was immensely fun to do the location hunting and subsequent research on the spots, and I hope that the post was able to convey at least a bit of this fun to the reader. In reflecting on my Yuru Camp△ 2 location hunt post, I’ve also given readers a rough idea of how I’ll be handling each and every submission for this Jon’s Creator Showcase: this is only a brief sample, so I hope folks will swing by to check out the completed showcase and see what other folks are doing. My approach is comparatively simple, and previous hosts have gotten more creative with respect to their format for Jon’s Creator Showcase; one particularly notable instance saw the hosts create a magazine-like feature that looked absolutely brilliant. Because things have been busy for me, I won’t be changing up my format this time around, although I have, at one point, considered using something like Unity to make a 3D showcase one could walk through on their mobile device. The feasibility of such a project will be left as an exercise for another time, and so, until I figure this one out, I’ll keep to the tried-and-true approach. This should be everything that is required for introducing Jon’s Creator Showcase to new participants: previous participants will be familiar with the rules and procedures. I look forwards to seeing what folks send in for this month’s Jon’s Creator Showcase. So, the question now becomes: what excellent submissions will make an appearance for this Jon’s Creator Showcase?