2 Comments Posted by infinitezenith on February 4, 2021

“The art of life lies in a constant readjustment to our surroundings.” –Kakuzo Okakura

On a chilly winter morning, Ena agrees to go camping with Chiaki and Aoi and their next break. Since Nadeshiko and Rin are working, it’s just the three of them, and Chiaki has planned out an itinerary for their stay near Lake Yamanaka. After arriving at Mount Fuji Station in Fujiyoshida, the girls begin by visiting an even larger Caribou store than the one closer back home, where they are greeted by a massive stuffed Caribou. Here, Aoi purchases her camping chair, while Chiaki manages to find a hammock fitting her specifications. Ena, Aoi and Chiaki then head over to the hot springs, where the comfortable waters and refreshing ice cream makes it difficult for them to leave. Finally, in order to pick up ingredients for their evening meal, Chiaki, Aoi and Ena swing by a local supermarket. Here they purchase ingredients (on Nadeshiko’s recommendation) and set off on the last leg of their bus ride towards their campsite at Misaki Camping Ground on the far side of Lake Yamanaka. Chiaki helps a foreign visiter find their destination before disembarking for their destination. While the girls are initially excited to set up camp on a cape, during registration, they learn from the manager that it would be unsafe to do so. Here at Yuru Camp△ 2‘s fifth episode, we mark a return to the Outdoor Activities Club’s style of camping, and as a result, the episode is lively, energetic and filled with amusing conversations, which stands in contrast with the gentle contemplative mood of Rin’s solo camping trips. This time around, as Nadeshiko is busy, Ena substitutes in for her, allowing Yuru Camp△ 2 to mix things up and give her another opportunity to see how the Outdoor Activities Club gets things done.

The rambunctious and improvisational approach that the Outdoors Activity Club employs on its camping trip creates an element of unpredictability that makes their trips particularly fun to watch. While Chiaki still organises the club’s itinerary in a clear manner and possesses a modicum of camping knowledge, she is able to improvise and make do in situations that demand it. Unexpected scenarios turn into memorable moments. This had been demonstrated with Chiaki using Nadeshiko as a makeshift pole during the previous episode, and in the first season, she walks Rin through an unexpected turn of events, earning Rin’s respect. If solo camping allows one to spend time to recharge, be immersed in nature and contemplate experiences, then Chiaki’s group camping is about adapting to challenges and drawing on different perspectives to solve problems. For instance, when Aoi remarks that they might’ve done better to prepare the vegetables for dinner ahead of time, Chiaki reveals that a conversation with Nadeshiko allows them to go with a packaged alternative that makes it easier to prepare once at the campsite. Similarly, at the larger Caribou Store, when Chiaki struggles to decide on a style of hammock, a clerk provides a demonstration for her, in turn helping Chiaki to make a decision. The episode closes on this token, as well – when the manager denies permission for the trio to use the cape as their campsite, citing safety reasons, this foreboding start does suggests that in the upcoming episode, Chiaki, Aoi and Ena’s ability to adapt and overcome will be put to the test: finding another site to pitch their tents isn’t going to be an issue, but something unexpected does feel like it’s about to present itself. 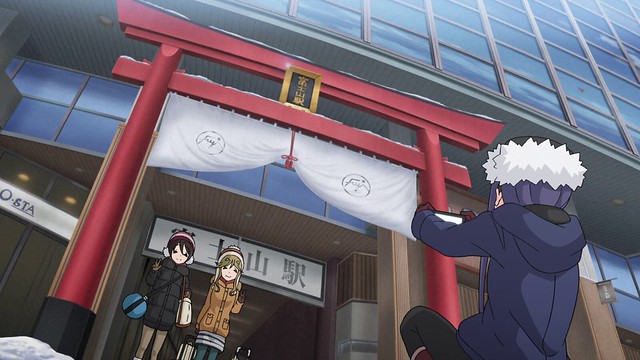 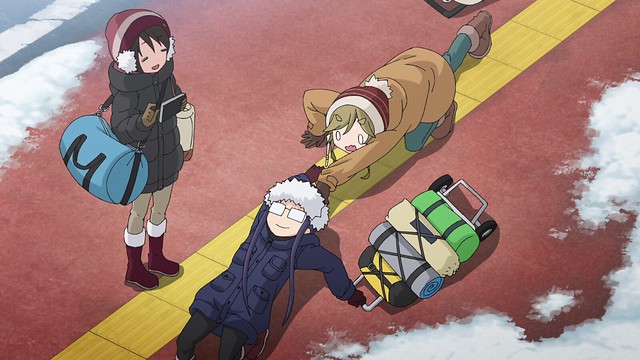 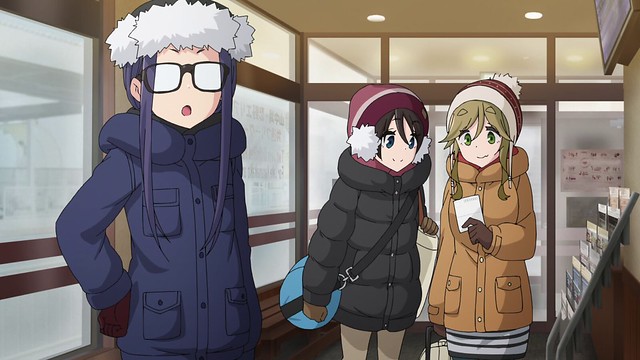 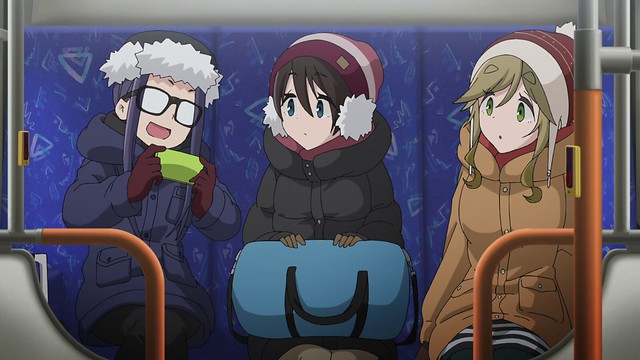 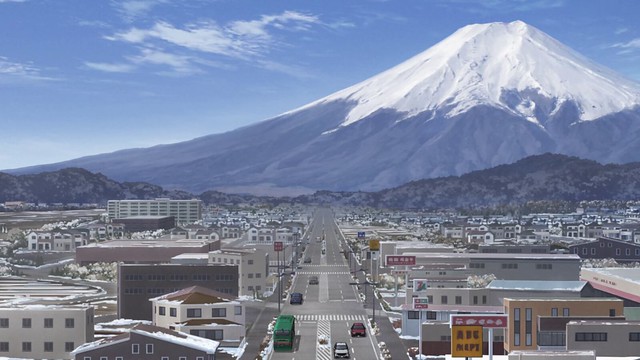 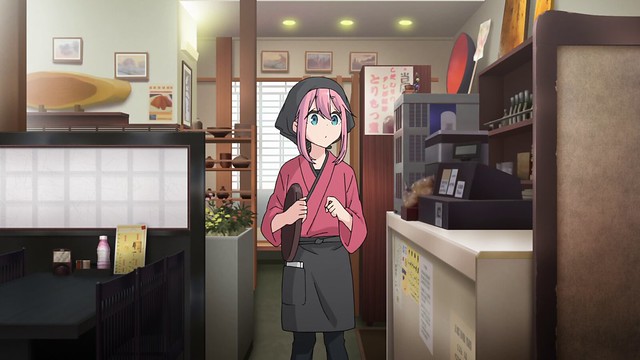 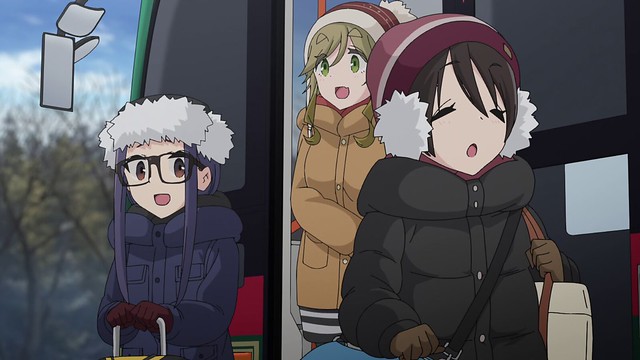 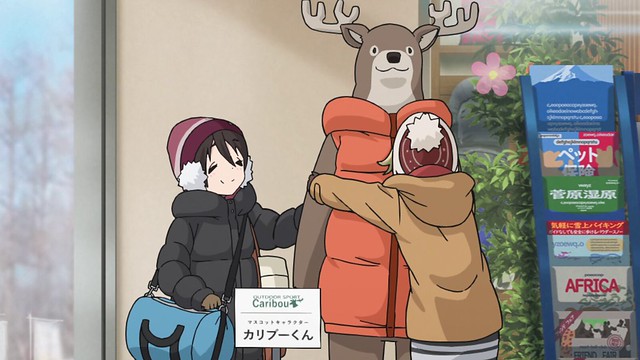 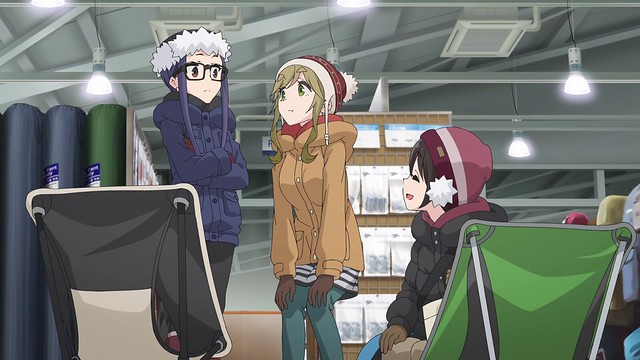 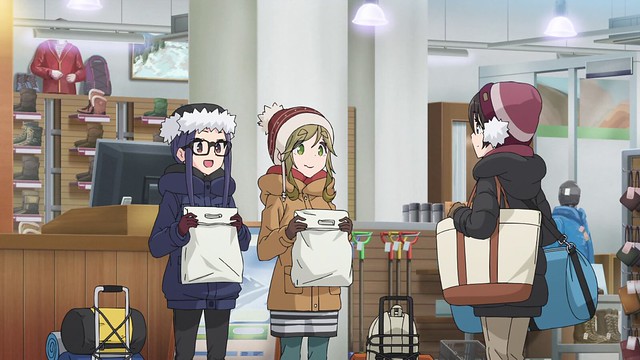 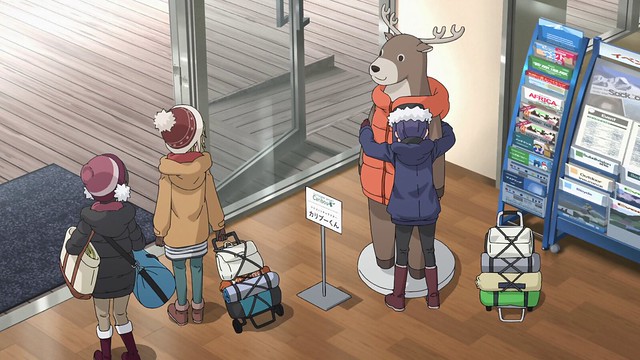 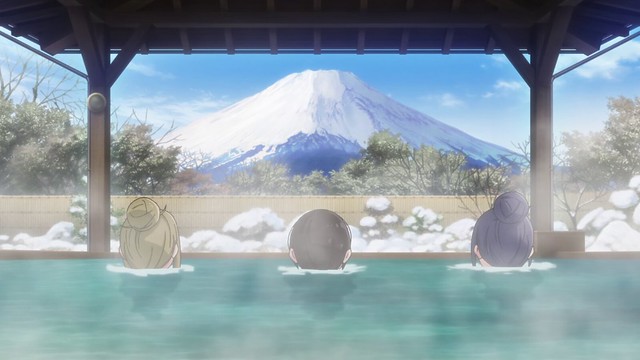 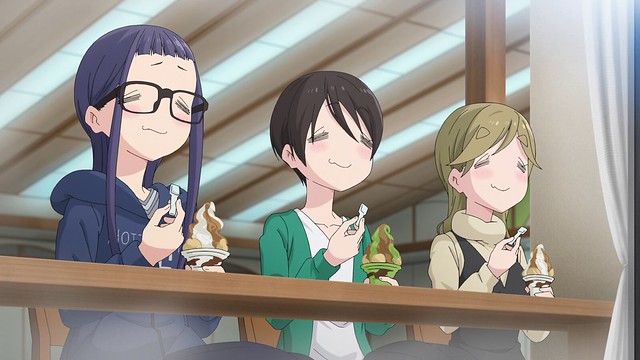 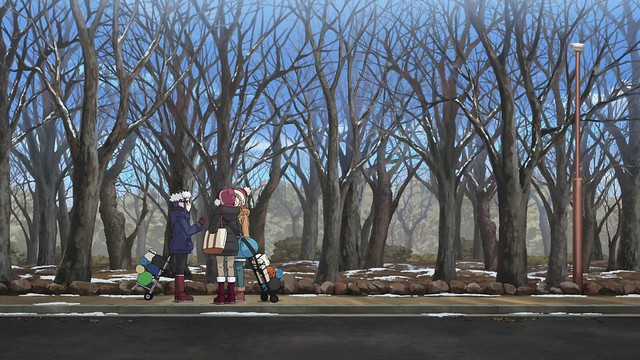 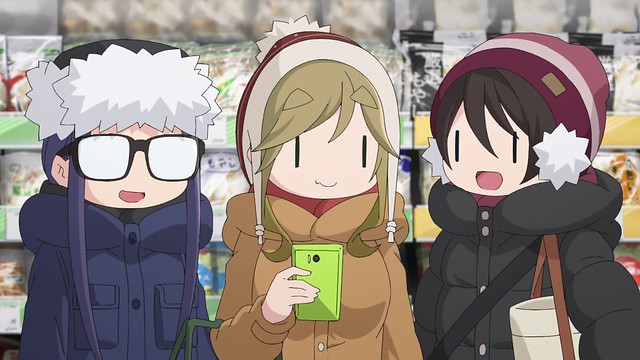 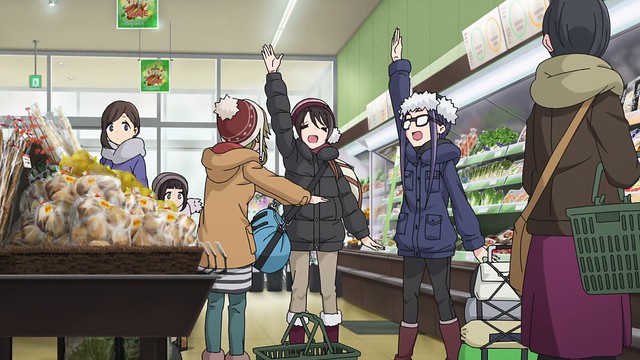 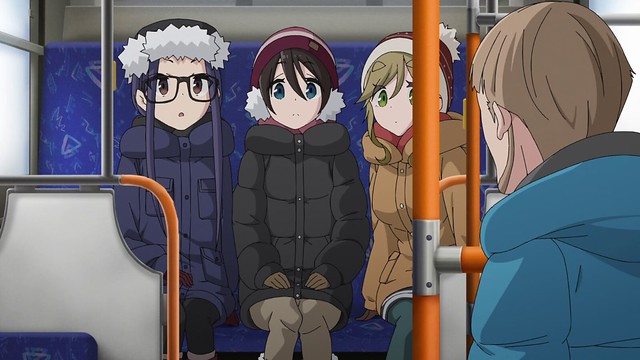 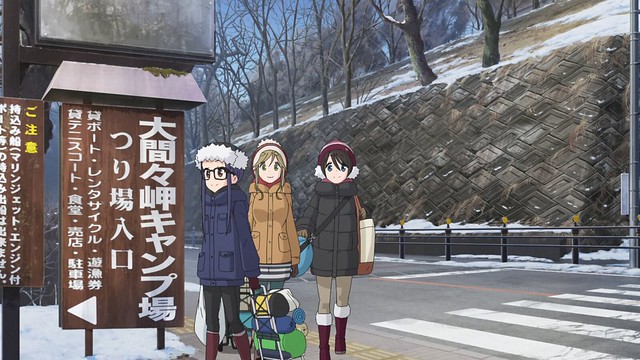 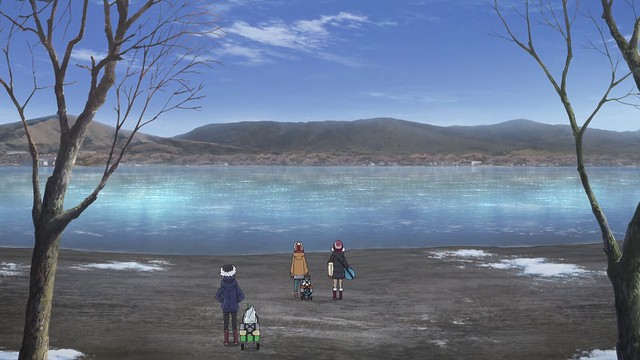 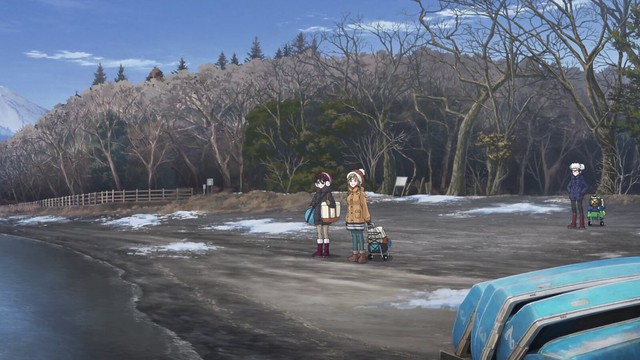 It would appear that one Yuru Camp△ 2‘s themes will likely deal in the idea that, despite their outward differences, solo camping and group camping would share more in common than prima facie apparent, and the most complete camping experience results from participating in both. The end result of such a message would allow for a greater variety of adventures (and character combinations) to result, keeping Yuru Camp△ 2 fresh and exciting. As the fifth episode draws to a close and Yuru Camp△ 2‘s halfway point is reached, it would appear that this trip to Lake Yamanaka will help Ena to appreciate camping to an even greater extent and potentially pave the path for her to join the Outdoor Activities Club: the last season saw her participate in the Christmas camp, and while she still declined Chiaki and Aoi’s invitation to join their club, I imagine that exposure to camping, its subtleties and joys will help Ena to come around. This week’s episode also adds a host of new locations to add to my list of places to showcase once I get to doing the second instalment of Oculus Quest-powered location hunting for Yuru Camp△ 2 – this time around, finding the outdoors equipment shop, hot springs and supermarket proved to be trivially easy, requiring no more than a total of five minutes, suggesting that Chiaki’s itinerary was whipped together in no time at all. Yuru Camp△ 2 is maintaining a very consistent experience insofar, and having come to anticipate new episodes each week, it goes without saying that Yuru Camp△ 2 has done a fantastic job of presenting a varied, engaging experience for viewers.