Cape Ohmama in Winter: Yuru Camp△ 2 Review and Reflections At The Halfway Point

2 Comments Posted by infinitezenith on February 11, 2021

“One thing is for sure: there is no escaping the forces of wind, cold, heat or rain. Nature, in the end, rules the day, and if I don’t respect it, the natural forces meant to keep the planet alive will likely be the same forces that cause my own death.” –Les Stroud, Secrets of Survival

Chiaki, Aoi and Ena begin setting up camp, and it turns out the solution that the Caribou staff had for Chiaki was simply to buy two compact camping chairs to create a comfortable, hammock-like set-up. A Corgi shows up as the trio get their gear in order, with the owner in tow. With their camp set up, Ena, Chiaki and Aoi relax on the cape with their new chairs: Chiaki prepares hot buttered rum for the others as RC planes fly overhead. As the day passes, a distinct chill begins settling into the area. Ice begins forming on the girls’ mugs, and Chiaki realises that the temperatures have dropped to -2°C. Meanwhile, Rin sets about using a lye solution to clean up her grill and receives a message from Chiaki; worried about the temperatures, she messages Minami. As the thermometer continues to plummet at Lake Yamanaka, Chiaki decides to go and pick up some high-altitude heat packs for everyone, while Ena and Aoi set about trying gathering firewood, only to find the manager’s office closed. Ena and Aoi run into the Corgi’s owner and her father; they invite the pair over into their tent, which has a wood-fired stove, and after sharing a conversation, begin preparing dinner together. Chiaki returns to the campsite with heat packs and cardboard in tow, and while she finds their tents abandoned, Ena beacons her over. During preparations for dinner, Chiaki hears a voice calling out for them: it turns out that Minami had also shown up. As it turns out, Rin had contacted Minami and mentioned that Chiaki and the others were headed out to Lake Yamanaka, where temperatures can reach -15°C during the night. Worrying for the girls’ safety, Minami drove out to Lake Yamanaka, and while relieved the girls are alright, also reminds them of the dangers of camping in the winter without sufficient preparations. Minami arrived just as dinner was ready, and when the father offers Minami a stiff drink, she is all too happy to oblige. The Outdoor Activities Club overnight in Minami’s car, and the next morning, Ena admires the sunrise. After preparing breakfast, they send a message to Rin, thanking her for looking out for them. Later, Rin decides to give her moped a cleaning as well, while Nadeshiko contemplates solo camping and phones Rin for advice.

At Yuru Camp△ 2‘s halfway point, the series portrays the side of camping that had traditionally been skated over: outdoor activities demand a level of survival knowledge, and as Les Stroud puts it, the weather is always going to be the biggest impacting factor on survival. Here in Yuru Camp△ 2, as a result of the Outdoor Activities Club not properly researching the conditions at Lake Yamanaka, they put themselves in a dangerous situation. Hypothermia can begin when air temperatures are 10°C, and with the night temperatures potentially reaching -15°C, Chiaki, Ena and Aoi find themselves facing a problem unlike any previously. This was a case where, in the absence of insufficient preparation, no amount of adaptivity would’ve been enough to help them along: such a scenario would result in a survival situation. Throughout Yuru Camp△ 2, the Outdoor Activities Club is shown to have a basic knowledge of camping, but beyond this, lack the know-how to prepare for and deal with adverse situations. For instance, after camp is set up, rather than immediately gathering firewood while there is still light (when the manager’s building is still open), they choose to relax instead. In the winter, this decision could easily prove fatal. However, even with the preparations, getting through the night would have remained difficult: in winter situations, Stroud constantly must keep the fire going, sleeping for fifteen minutes at a time before adding more wood to the fire. The romanticism of winter camping swiftly disappears when it turns into a survival ordeal, and it takes a combination of knowledge, experience, luck and the will to survive. Yuru Camp△ 2 fortuitously has Rin and Minami looking out for Chiaki, Aoi and Ena, as well as plenty of luck (the other campers have significantly better gear and are kind enough to give them a place to regroup, before Minami herself appears). It becomes apparent that it is only with advance preparations that one can stay safe during camping trips, and having narrowly evaded danger thanks to their friends, I imagine that this experience will help the Outdoor Activities Club to both let others know of where they’re going and better research both traits of their camp site and survival techniques.

Besides emphasising the importance of communication and preparation, Yuru Camp△ 2‘s sixth episode also shows the disadvantage about being in a group. Having spent the last episode discussing the advantages, the drawbacks of group camping (and by extension, group survival) is that camaraderie means people in the group will often encourage one another. While this is a great asset, it can also result in people pressing onwards when they should take a moment to stop and regroup, often-times putting them in a worse situation. In the worst case, panic can be amplified in an out-of-control feedback loop. In the episode where Bob Wilson and Les Stroud survive together, being together allows them to engage more means of survival, but there are also times where the pair end up making decisions that Stroud would never make on his own. This is not to say that solo survival (and in the context of Yuru Camp△ 2, solo camping) is decisively better than group camping/survival: the point is that both scenarios have their respective advantages and drawbacks. In order to camp or survive well, one must be ready to adapt to changing situations and face challenges for both cases. This is something that Yuru Camp△ 2 is working towards, both with Rin and the Outdoor Activities Club: while Rin is fairly seasoned, there are cases where she fails to fully explore her itinerary and she suffers minor inconvenience as a result (such as making large detours or finding a hot springs closed for the season). However, there could easily be situations where the inconvenience is serious. Again, a bit of luck in the right place, at the right time, saves Chiaki, Aoi and Ena here, but things are not always so serendipitous in nature. It was therefore eye-opening to see Yuru Camp△ 2 going in this direction: up until now, things had been fun and games. Moments like these, however, accentuate Yuru Camp△ 2‘s commitment to realism. While camping is indeed a fun activity, there is also a safety factor as well that must be considered at all times, and it was an especially good move on Yuru Camp△ 2‘s part to emphasise this to viewers. 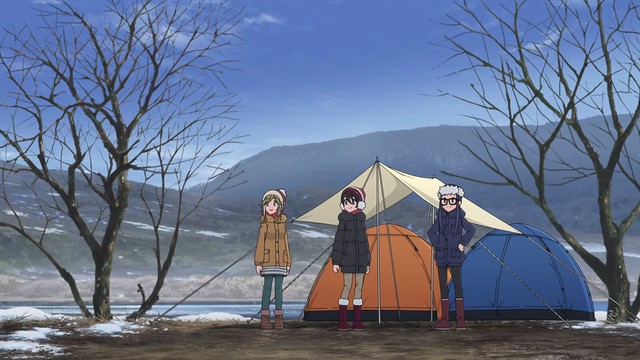 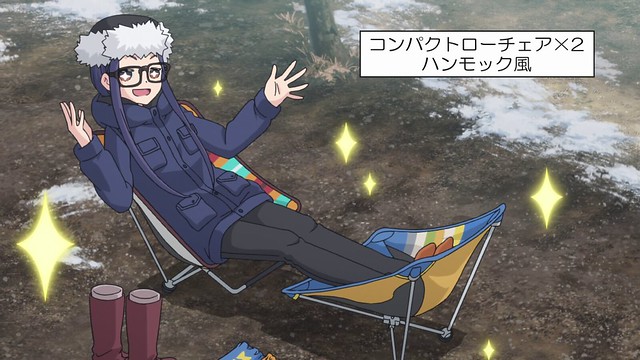 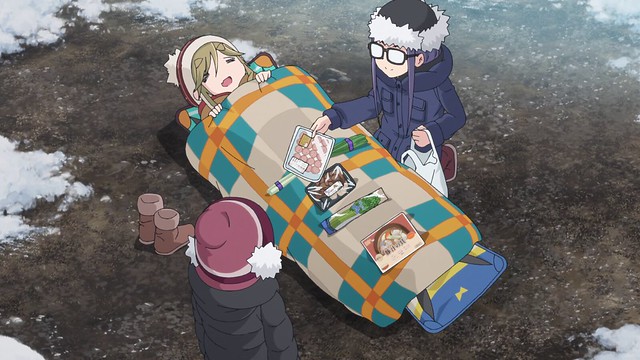 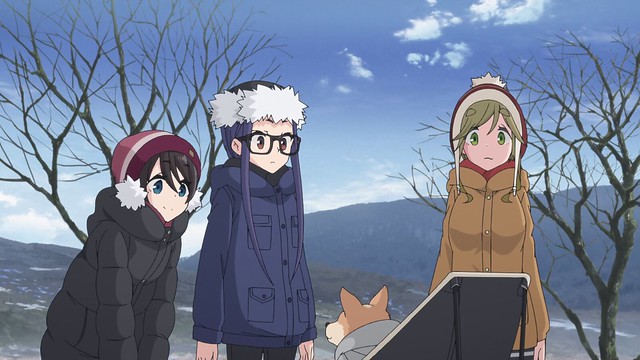 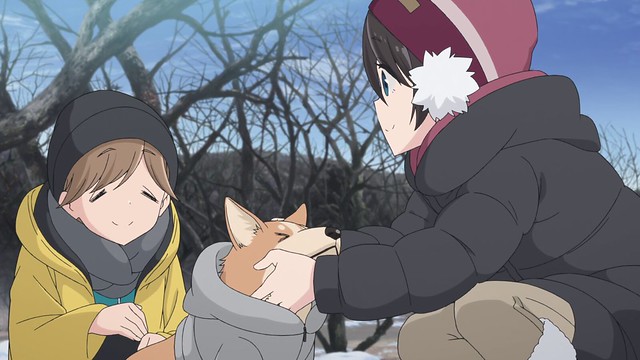 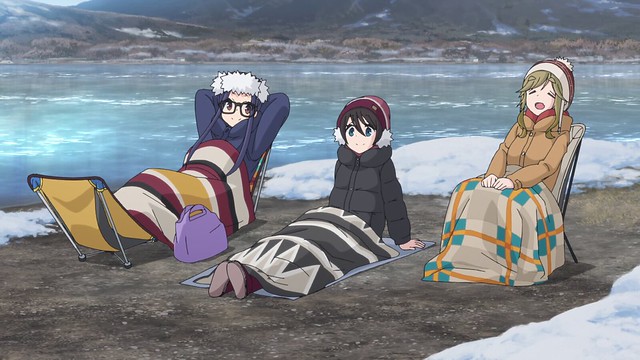 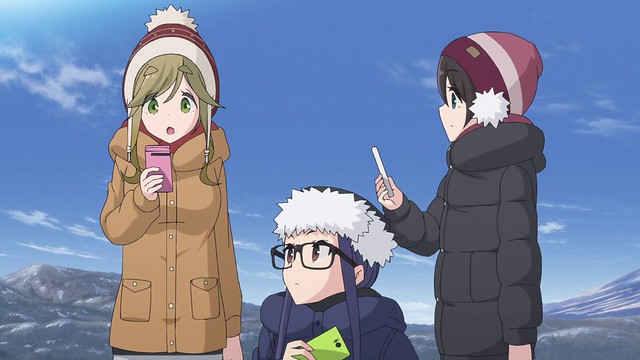 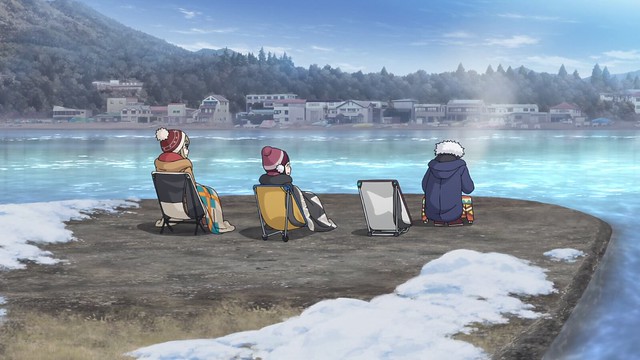 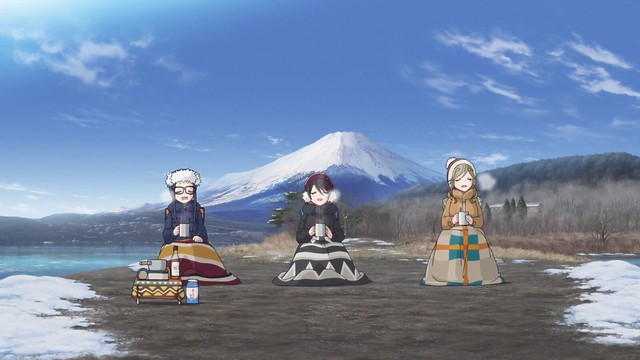 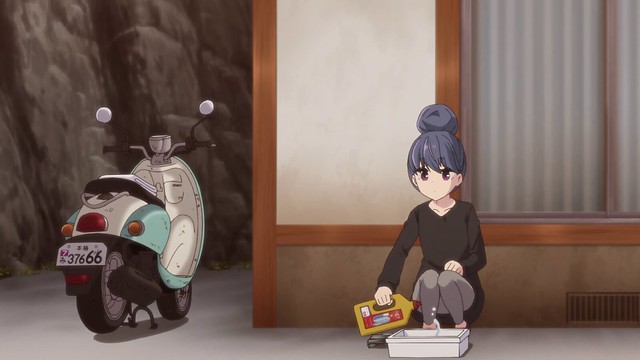 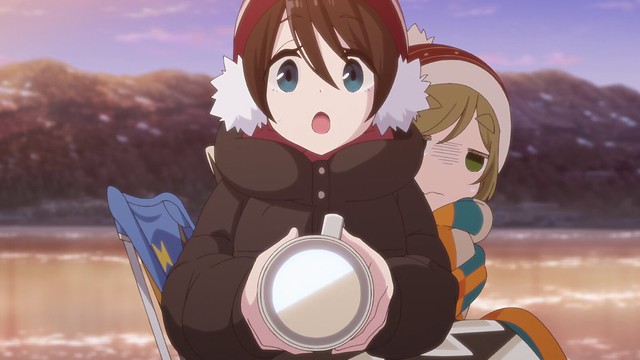 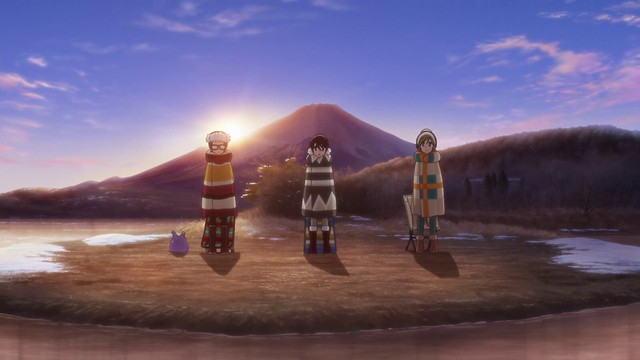 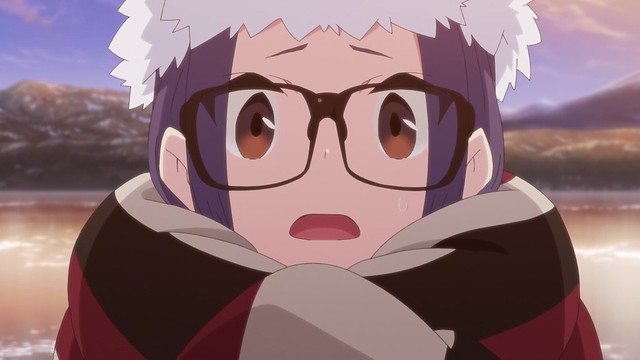 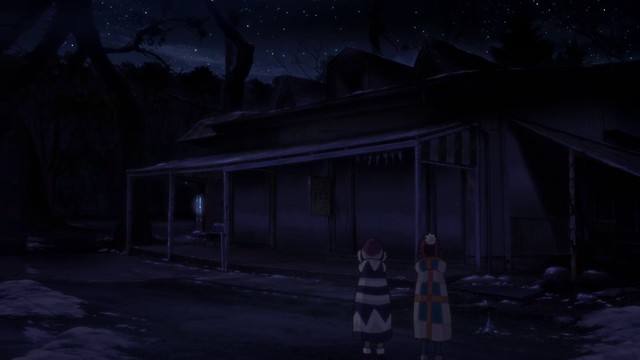 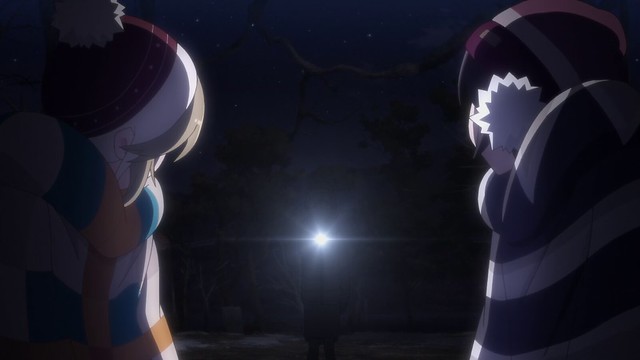 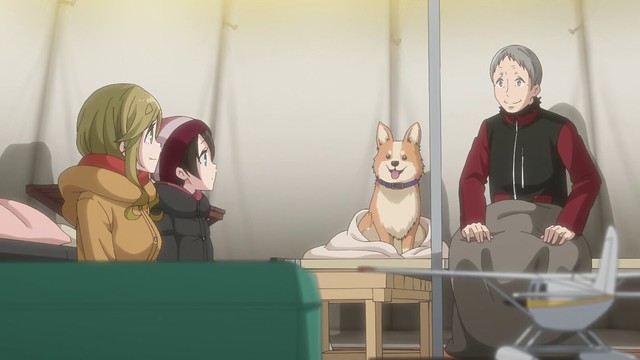 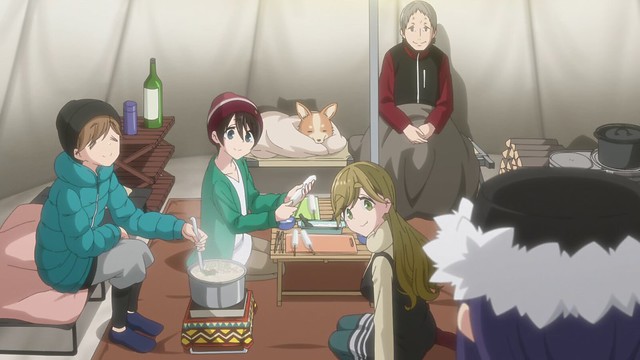 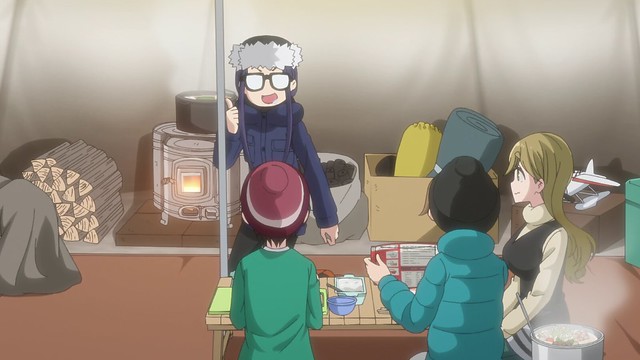 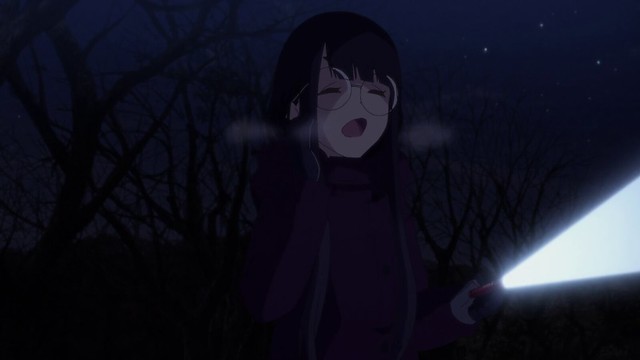 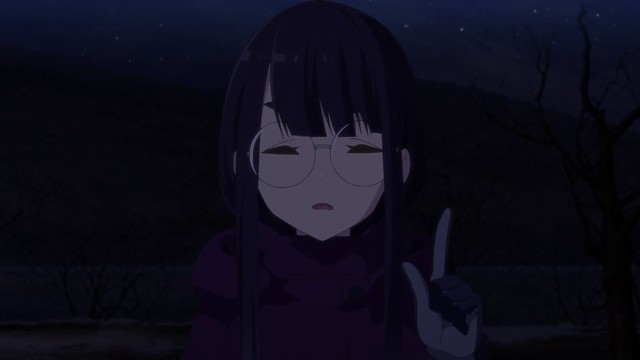 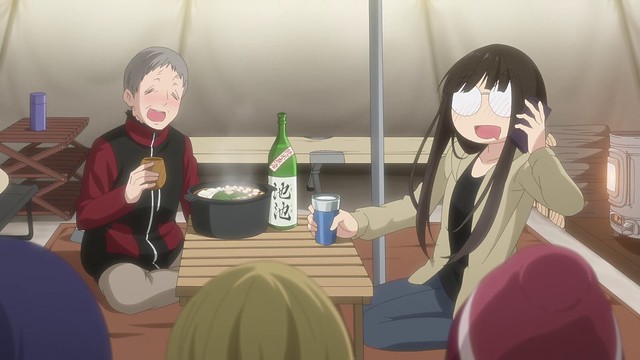 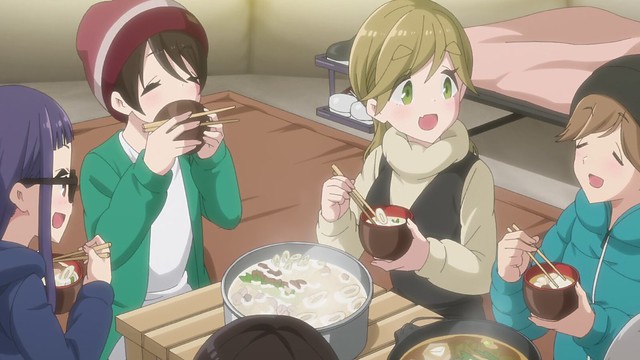 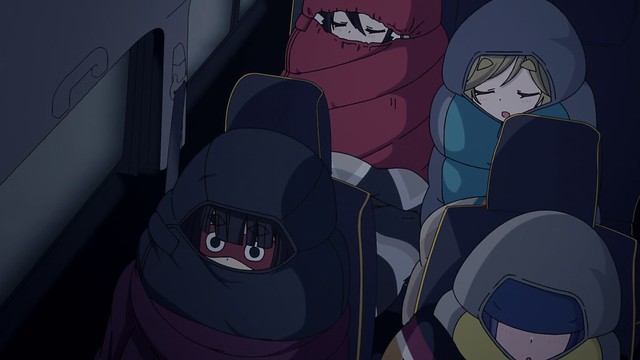 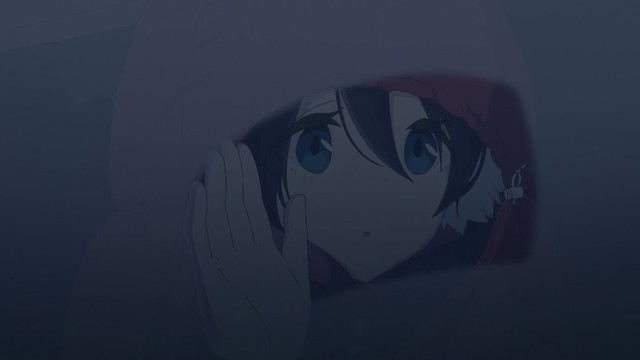 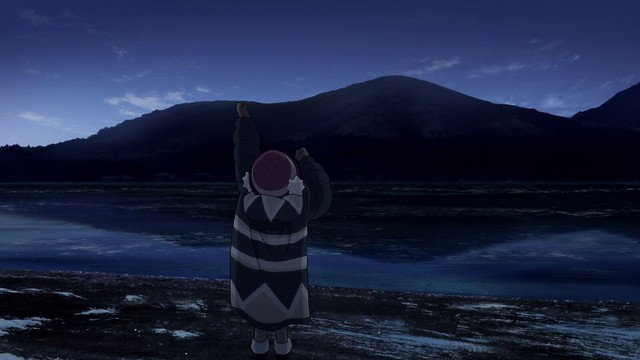 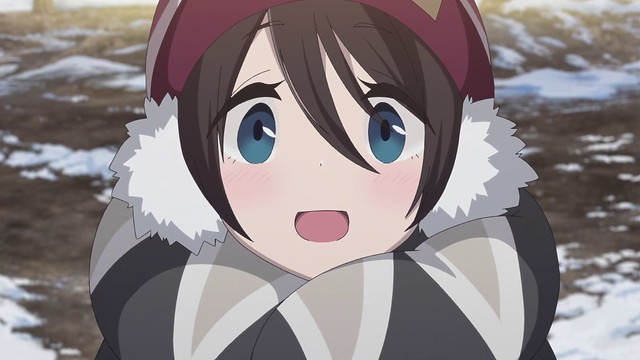 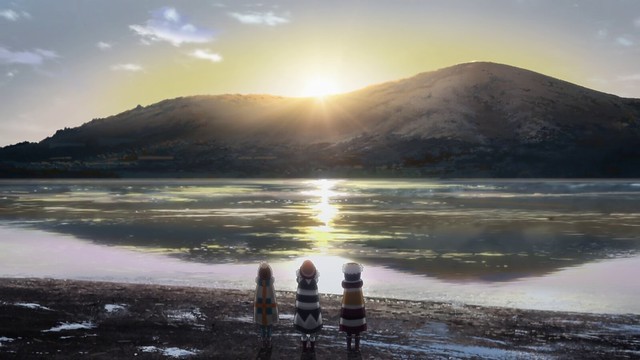 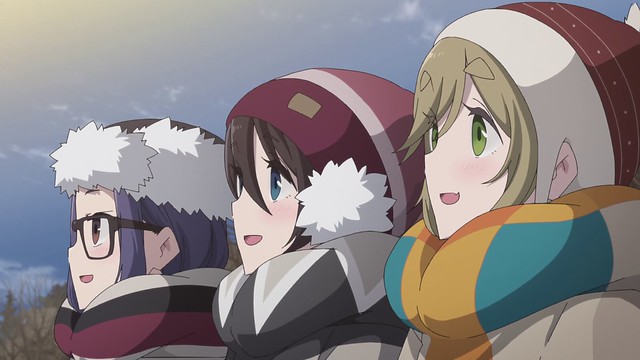 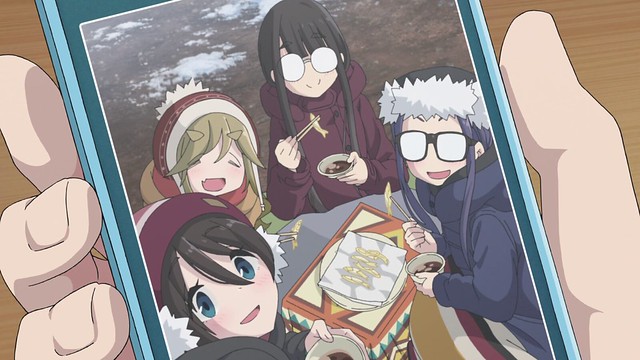 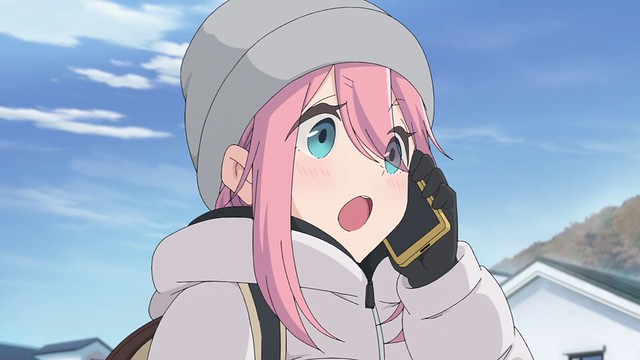 Given that temperatures this past week in my area have not risen above -20°C at all (the coldest it was had been this morning, where we hit -30°C (and -40°C with the wind-chill), I’m no stranger to the cold and respect the hazards it presents. The dangers of hypothermia and inadequate preparations that the Outdoor Activities Club faced with their excursion to Lake Yamanaka were narrowly averted by a razor’s edge; it was a bit of luck that everyone was able to make it out okay. However, luck does not always swing in one’s favour, and by presenting the Outdoor Activities Club as placing themselves in this situation, it also reminds viewers that Nadeshiko has a ways to go before she’s ready to solo camp. Since Nadeshiko is consulting with Rin to learn more, I expect that Rin will also share with viewers her process. Yuru Camp△ might’ve been a series that seemingly emphasises comfort and relaxation above all else, but the side of Yuru Camp△ that viewers often forget is how the series consistently makes mention of bushcraft techniques: the series has an educational piece to it, as well, and I imagine that the Outdoor Activities Club’s excursion to Lake Yamanaka will serve as a good reminder that proper preparations and being mindful of safety is something that should always be observed. Once these fundamentals are well in hand, campers can then turn their attention towards making the most of their trips, whether it be whipping up hot pot or making use of newly-acquired gear. This is where Yuru Camp△ 2 truly sets itself as being a logical progression from the messages and learnings shown in its predecessor, and I would hope that viewers take away more from Yuru Camp△ than merely the “comfy” memes: there are highly relevant and applicable learnings that apply to all walks of life, well beyond camping, that makes this series particularly meaningful to watch.

2 responses to “Cape Ohmama in Winter: Yuru Camp△ 2 Review and Reflections At The Halfway Point”