The Division 2: The Manhunt for Faye Lau, Global Events and Opening Twenty Exotic Caches to Welcome The Year of the Ox

“All trust involves vulnerability and risk, and nothing would count as trust if there were no possibility of betrayal.” –Robert C. Solomon

After Warlords of New York revealed that Faye Lau had gone rogue, the question of what would happen next lingered on my mind: The Division had Aaron Keener escape before agents could take him down, and with this as the precedence, there was always the possibility that Lau might return in a future title. This was, however, not the case: the fourth manhunt season allows players to take on Lau. While Lau had been presented as a devoted Division agent in the first game, taking command of the New York City base of operations and supporting the second wave agents. However, the death of her sister weighed heavily on her mind, and after hearing out the other rogue agents, Lau disavowed the Division and took things into her own hands, joining the Black Tusk so that she could work her way through the organisation and reach a point where she could assassinate President Ellis for her own ends. After fighting through Camp White Oak, the agent finally confronts and defeats Lau, but this operation leaves more questions than it does answers. At this point in time, it does appear that most of the major players in The Division 2 are accounted for, and while the Black Tusk’s objectives and intentions remain a mystery, by this point in The Division 2, what is clear is that playing through well-treaded maps now have allowed me to refine my setup further; I’ve encountered no problems at all with everything up to and including the challenging difficulty. With everything in the books, the only goals left for me in The Division 2 will be to complete the assignments that will allow me to enter the Dark Zones, and subsequently, determine whether or not my current set up allows me to explore the two raid missions in any capacity. During the course of the fourth manhunt season, I also unlocked the technician specialisation and have since levelled everything up to completion, allowing me the full set of options for building and experimenting with different setups for solo play: more so than The Division, I’ve found that The Division 2 is even more solo-friendly than its predecessor.

The fourth manhunt season also saw me attempt the global events for the first time: previously, I’d not really paid attention to the global events, which are, compared to its predecessor, less intuitive. Whereas global events in The Division were always-on, The Division 2 requires that players manually activate them. However, once activated, players can complete challenges to unlock stars that go towards unlocking different rewards, and ultimately go towards purchasing crates. The global events of The Division 2 were unexpectedly enjoyable: “Golden Bullet” gave enemies the ability to use a buff that increased their damaged, but killing enemies who had this buff active or were readying it gave players the bonus damage. The prize for this was a gold-plated P08 Luger backpack charm, which looks amazing and was worth the effort to collect. The other event I participated in was “Reanimated”, where enemies are given an automated defibrillator that brings them back to life unless they were killed with a headshot. Headshot kills create a corrosive gas cloud that deals damage to nearby enemies. While the prizes for the second global event were less inspired, the mechanic itself was a tangible change to The Division 2‘s gameplay that proved quite entertaining. After both global events ended, I had enough stars accumulated to buy exotic caches, and coupled with the exotic caches I’ve earned from regular gameplay, I ended up filling up all of my available cache storage with exotic caches. Having now defeated Faye Lau, I’ve decided to open all of these crates to free up space. Because of how the loot pool works, the exotic crates only give what I’ve already picked up. However, unboxing twenty crates gave me enough exotic parts to recalibrate my existing gear: as a result of unpacking all of my exotic caches, I’ve now been able to build a near-perfect rolled Chatterbox and Nemesis, which are my mainstay exotic weapons. 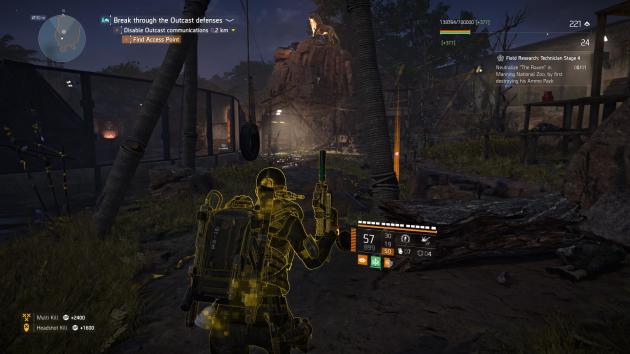 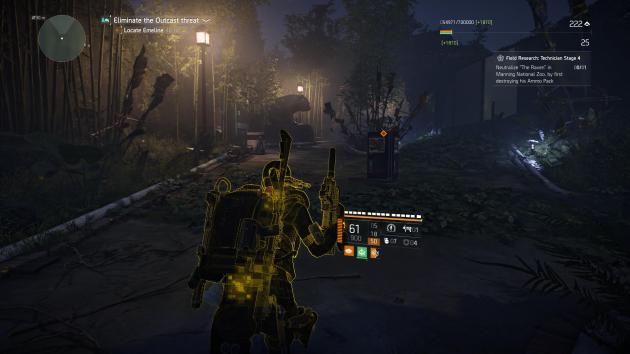 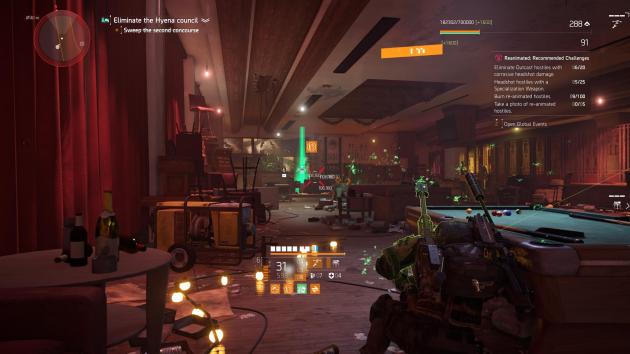 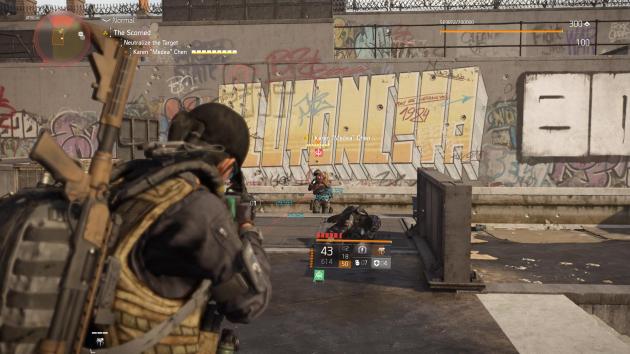 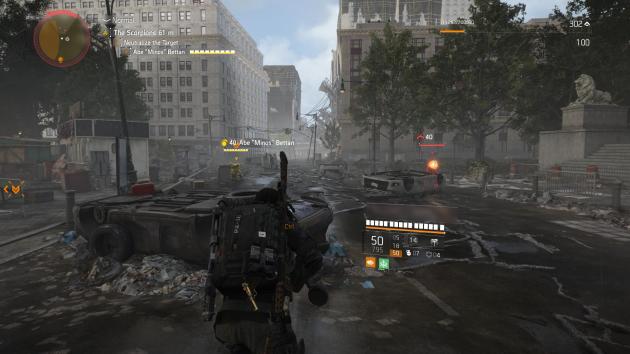 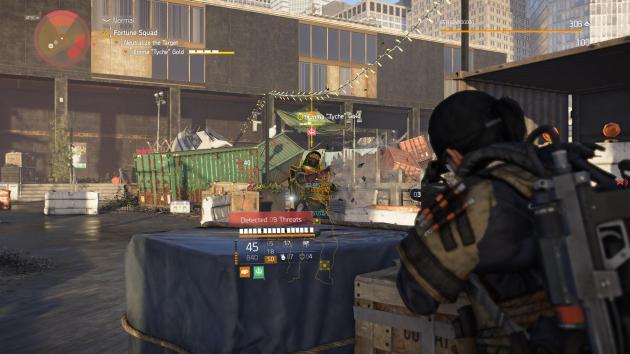 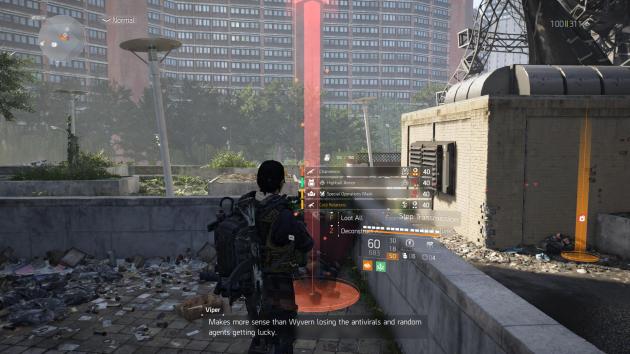 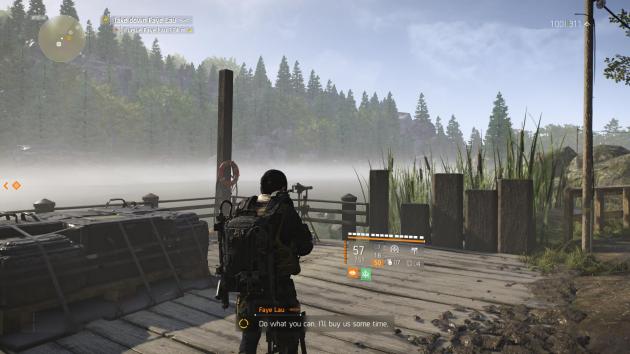 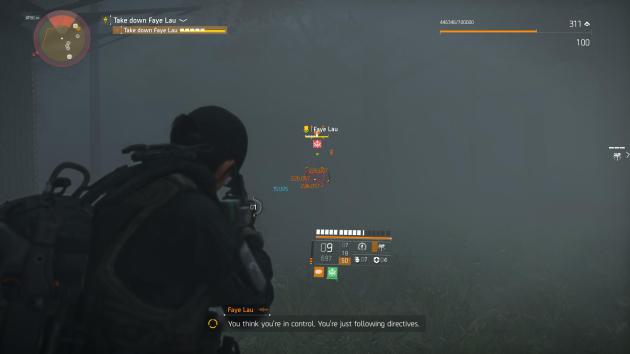 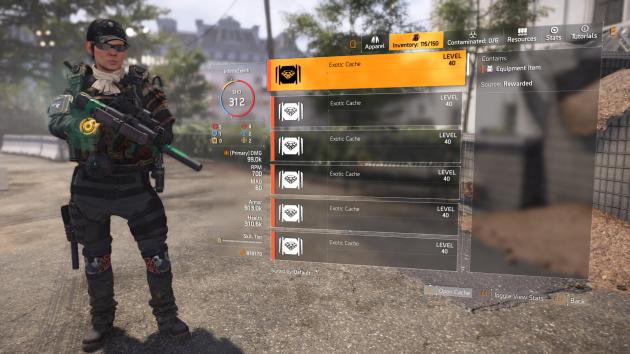 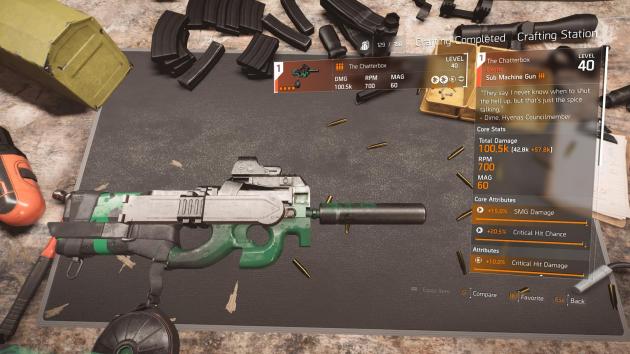 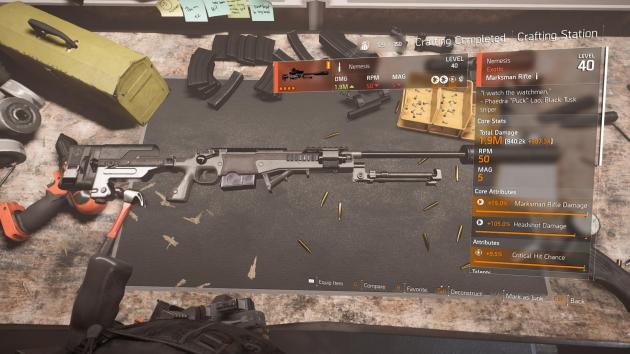 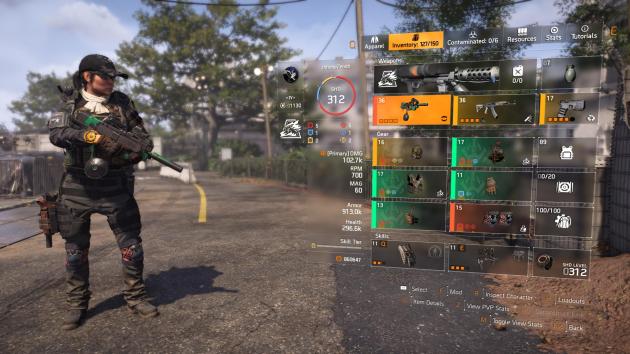 I imagine that with my current setup, I should stand a much better chance of being able to explore the Dark Zone in peace and even consider exploring the raid missions now. I recall attempting the latter with my Striker loadout some months previously and ended up quite unsuccessful, but now, with a loadout that basically gives me a very high DPS and never needs reloading, coupled with what some might considered to be overpowered, armour repair and self-healing capabilities, I am much more self sufficient and should be able to hold out for much longer in firefights, provided I can position myself to be effective. Having grown proficient with my setup’s strengths and weaknesses, I have no trouble with getting myself into a situation that lets me to fully capitalise on what my loadout has to offer. As a result, I now have a shorter TTK than I did even during the height of my time in The Division: named elites fall in the space of seconds when everything is lined up (this was most noticeable when I revisited New York to fight Kajika as a part of the Manhunt assignment, where I dropped his health and armour to zero before the scripted event kicks in and triggers the next part of the mission to become active). All of this was done without a fully optimised Chatterbox, so I am now curious to see if I might stand a better chance than I had previously with the raid missions. For now, however, Ubisoft has announced that they do intend on supporting The Division 2, and while I concede that the manhunts have become a little tiresome, it would be interesting to hear what Ubisoft has planned for the game as it enters its third year. Until then, I’ll take a bit of a break from The Division 2 and spend that time to unwind a bit more: this month’s been incredibly busy on all fronts, and so, every respite is something I’ve come to look forwards to.