“The present changes the past. Looking back you do not find what you left behind.” ―Kiran Desai

Himeno Toyokawa moves to Tajimi in Gifu with her father after he decides to quit his job and opens a café. Tajimi is where Himeno’s late mother, a legendary potter, is from, and Himeno is now attending her mother’s old high school. While Himeno is reluctant to take up pottery, she is spurred on by classmates Naoko Naruse and Mika Kukuri to join the Pottery Club, where she is convinced to see the joys of being able to craft something with her own hands that others will find useful. As Himeno picks up the basics, she also learns that different potters have different styles – when the energetic Mika and club president Toko Aoki spar over the former’s inability to focus, Toko recalls that Mika is at her best when given the space to be creative after she’s had a chance to cool down, and later reconciles with Mika. After Himeno accidentally breaks her father’s favourite Ochazuke cup, she sets about creating a new one upon learning that her mother had created that cup. However, in spite of her efforts, Himeno is heartbroken when her father doesn’t react to it as warmly, and begins to lose her interest in pottery. Naoko and Mika decide to take her on a day trip to help her regroup, but they end up tailing their instructor, Mami Koizumi, when they believe she’s going on a date. After they’re caught, and Himeno explains how she’s been feeling, Mami suggests that taking detours every now and then isn’t so bad. She shares in a spectacular summer sight with Himeno, Mika and Naoko – fireflies illuminating the gentle night sky. As the summer settles in, Himeno decides to participate in a pottery contest, but struggles to decide on what to make. When Mami asks Himeno to help out with the pottery museum’s setup over her day off, Himeno comes across a sculpture her mother made, and discovers her mother’s old notes in the museum’s archive. Realising the extent her mother could influence others with her work, Himeno decides to pursue her own brand of pottery and make something that she can be proud of.

Besides Super Cub, Yakunara Mug Cup Mo (literally “If planning to fire (pottery), mug cup too”, English title Let’s Make a Mug Too) is this season’s other slice-of-life series about Mino-ware pottery, an industry that has over a millenia of history and originates from the Toki and Minokamo regions of Gifu prefecture. Archeologists have found evidence of kilns dating back to the seventh century, and during the seventeenth century, Katō Yosabei and his sons opened potteries in the area, cementing the region’s reputation for fine pottery. Part tourism promotion and part cute-girls-doing-cute-things, Yakunara Mug Cup Mo is a curious series that is split cleanly down the middle – the first half of each episode is an animated segment that follows Himeno as she picks up the basics surrounding pottery and in doing so, comes to appreciate the craft her mother had excelled at, while the second half is a live-action that presents specialities and features from the area. With the series hybridising animation and live-action, the story piece to Yakunara Mug Cup Mo is about the same length as the average Joint Fighter Wing Take Off! episode. However, the condensed runtime allows Yakunara Mug Cup Mo to be very focused in its presentation, and it becomes clear that Himeno’s journey into the world of pottery will consist of both honing her craft, pursuing her own approach towards pottery and presumably, coming to terms with her mother’s passing as she makes worthwhile discoveries and learnings with her new friends. To this end, Yakunara Mug Cup Mo is simultaneously energetic and contemplative, portraying life at both ends of the spectrum to indicate to viewers that sorrow and joy necessarily co-exist, for without sadness, happiness cannot be understood. 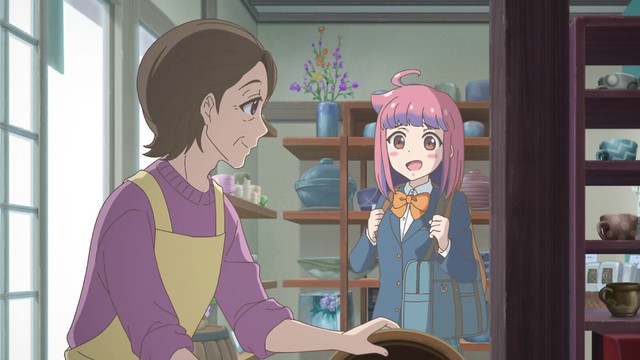 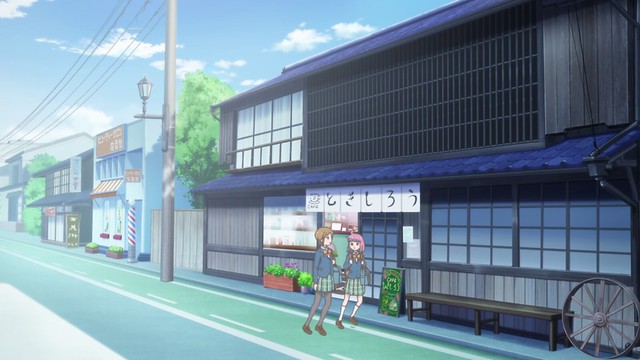 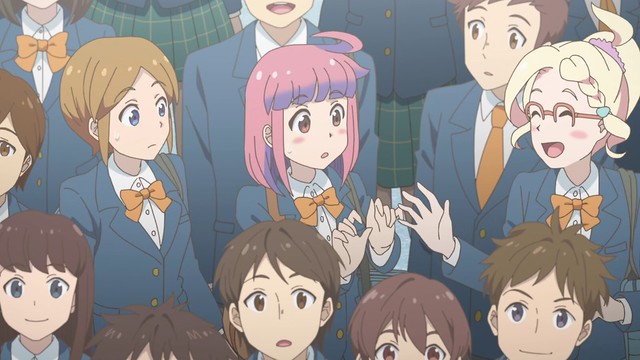 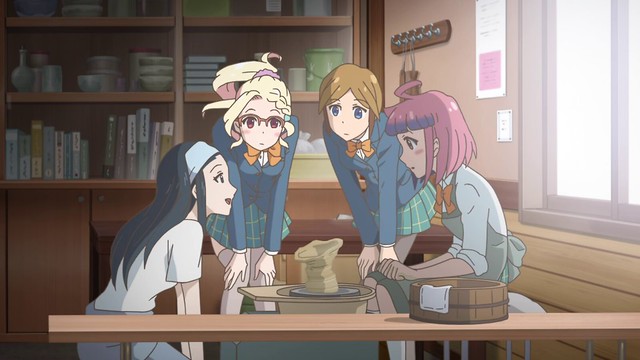 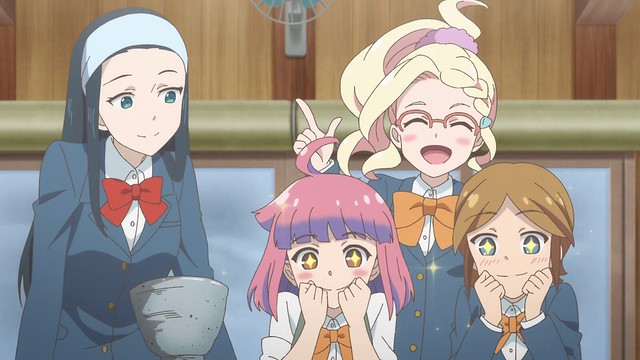 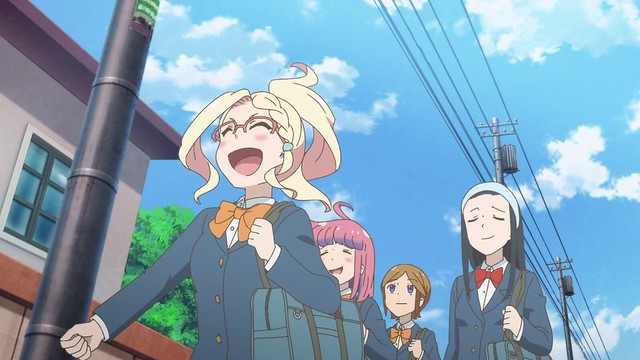 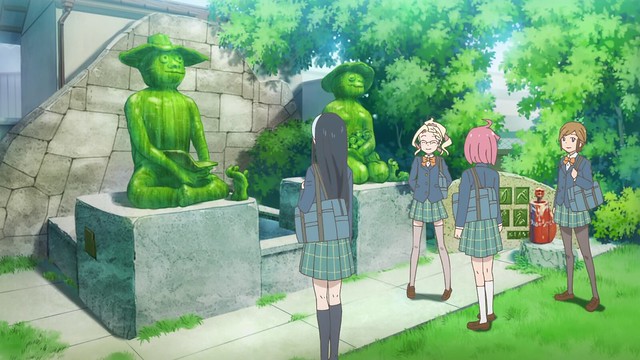 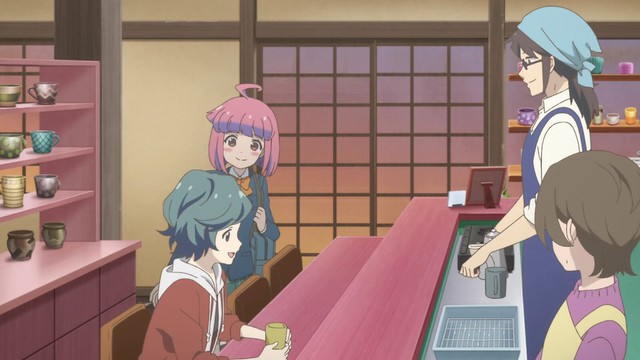 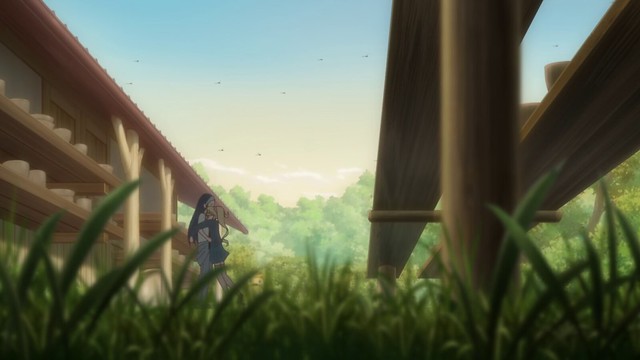 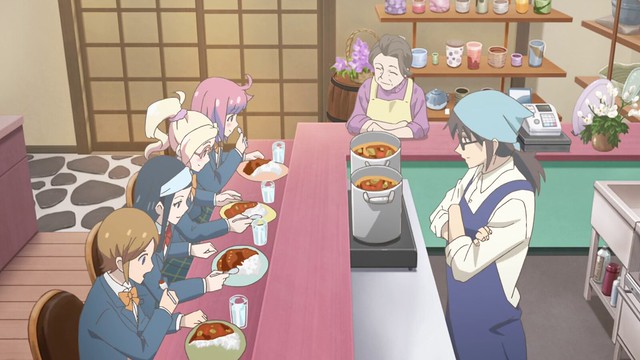 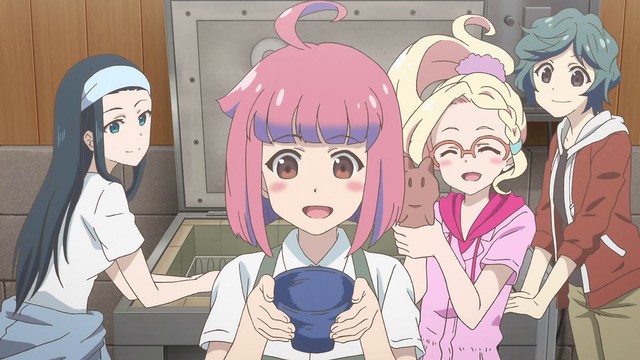 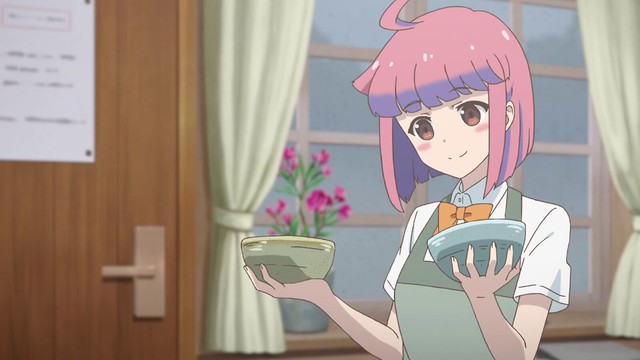 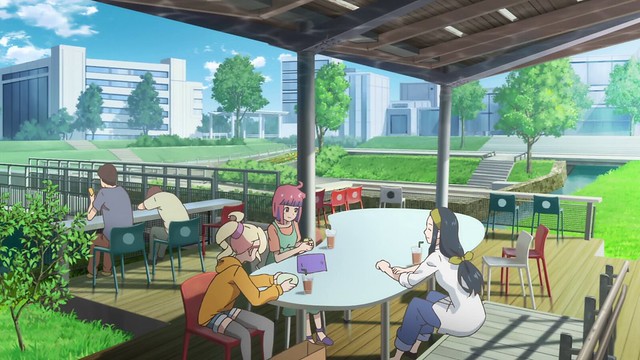 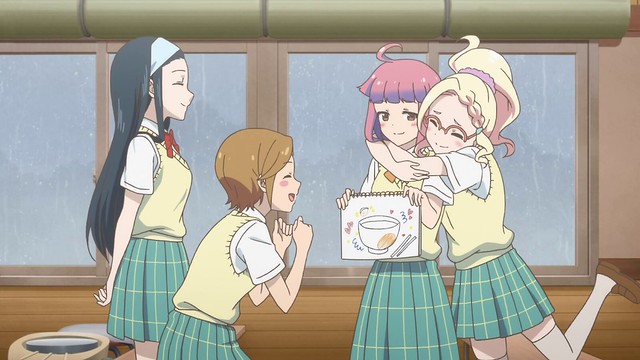 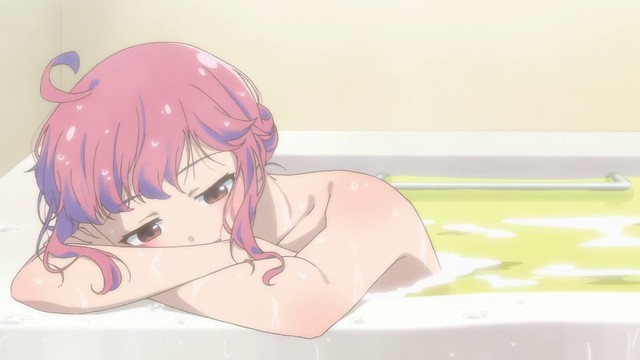 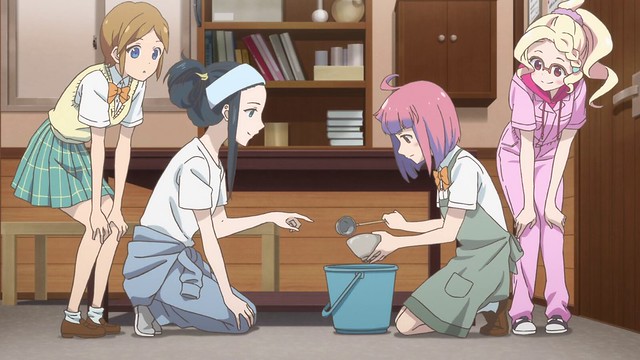 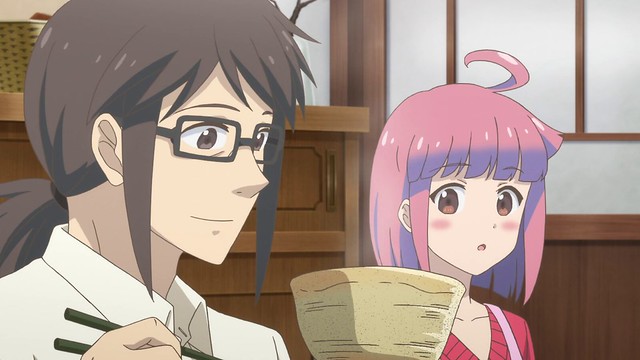 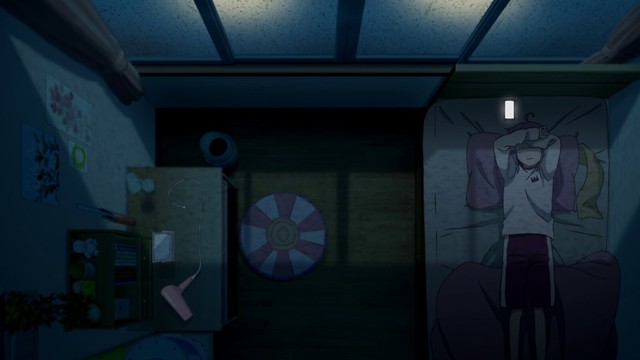 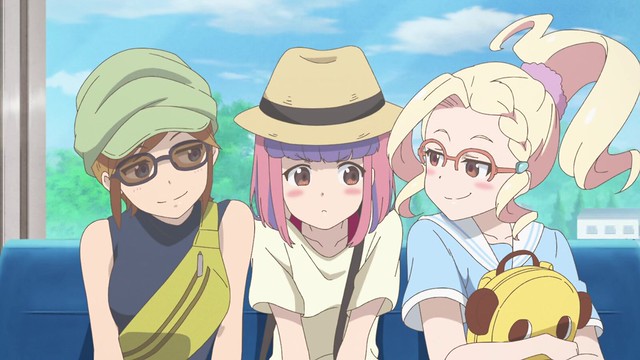 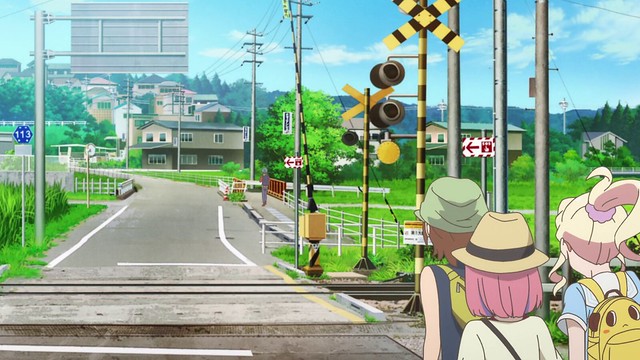 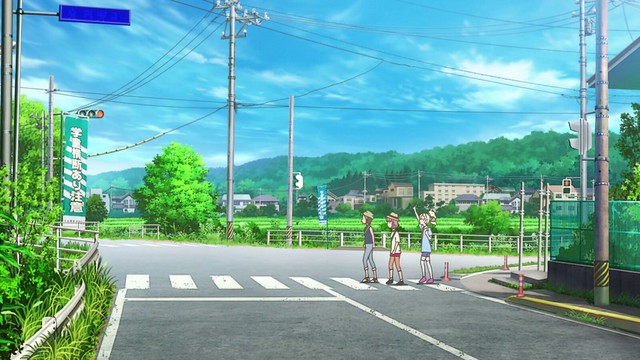 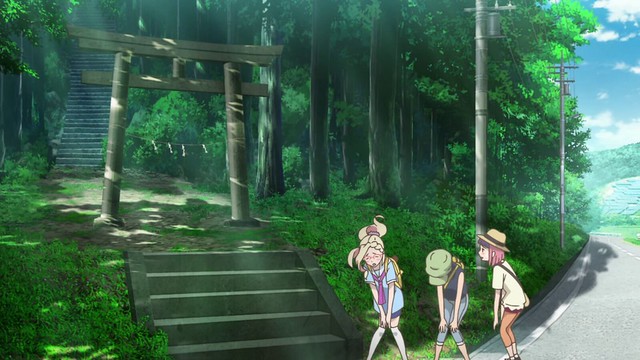 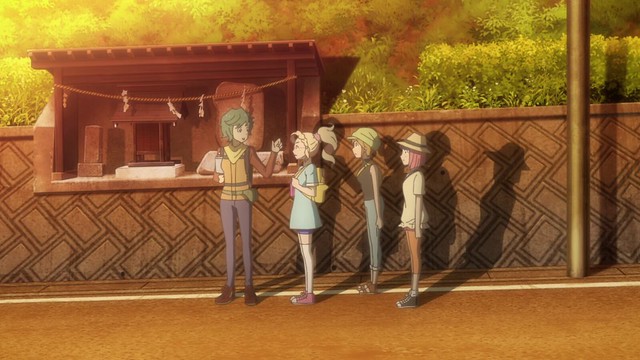 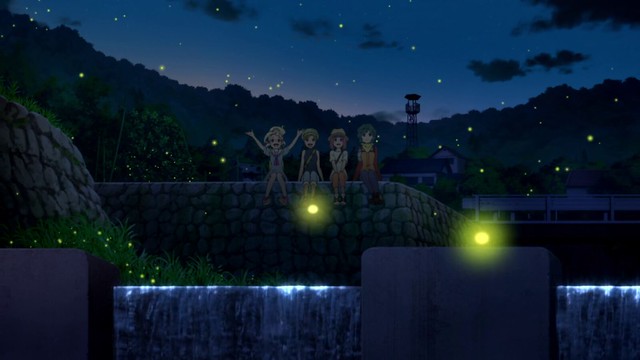 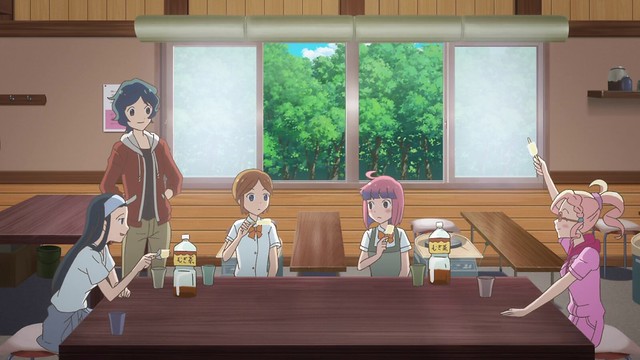 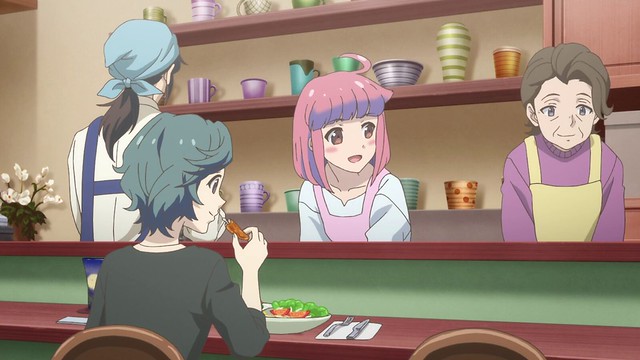 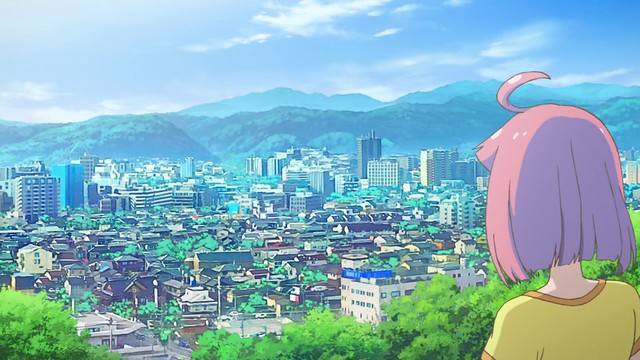 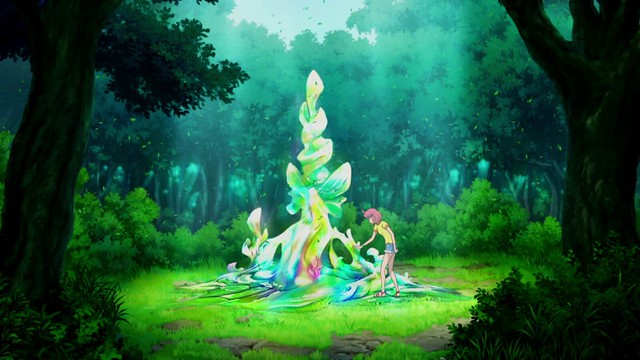 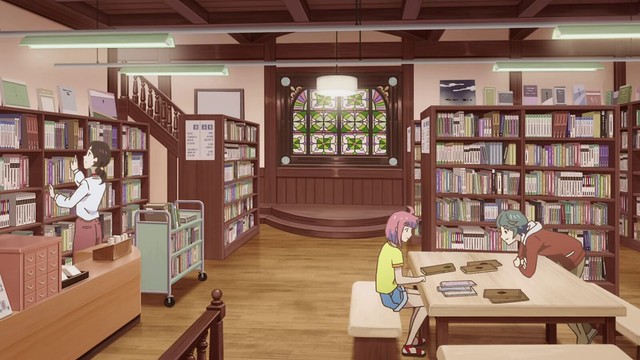 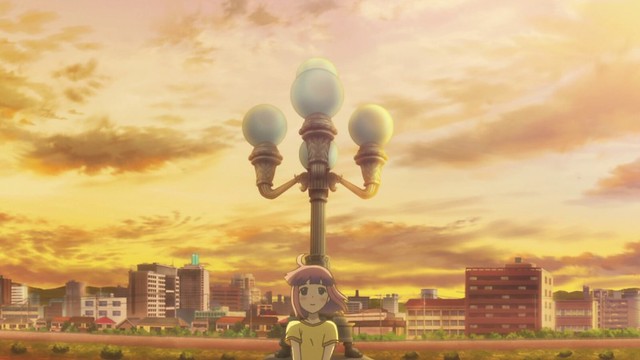 Slice-of-life series have always found ways to make unique topics memorable: from fishing, hiking and camping, to pop music and astronomy, series in this genre strike a balance between advancing the characters’ growth through their chosen field and presenting mundane moments to depict how this change occurs over time. While such series are charming, the progression ends up treading along familiar paths each and every time. Consequently, when Yakunara Mug Cup Mo chose to mix things up by having a more concise animated segment and then incorporating a live-action piece to make the series part story, part travel show, the series has now found a novel way of showcasing the extent of Mino ware pottery in Tajimi in full. Being able to see the real-world inspiration for what is seen in the anime reminds viewers of the level of attention paid to details within the manga, and this in turn accentuates the idea that Himeno’s journey is going to be a meaningful one. At the same time, the live-action component solidifies the idea that Tajimi is a place worth visiting, both for its extensive pottery industry, and for attractions that only the locals know about. While my posts have chosen to focus on the narrative and thematic aspects of Yakunara Mug Cup Mo, I will note that the live action piece has also proven to be immensely enjoyable for highlighting things about Tajimi that might otherwise go unnoticed by foreign visitors. For the time being, in Yakunara Mug Cup Mo‘s animated segment, it appears that Himeno has, in discovering an important piece of her past, come to accept what she can do for herself in the episodes upcoming: it would appear that the pottery competition is what will lead Himeno to better her craft and perhaps close the distance between her and what happened with her mother. As it stands, I look forwards to seeing what Himeno ends up making for the competition as she comes to terms with her past and uses this strength to embrace her future.

5 responses to “Yakunara Mug Cup Mo: Review and Reflections at the Halfway Point”