When a mysterious girl proclaiming herself God appears in front of high school student Yōta Narukami and declares that the world will end within a month, Yōta is skeptical. However, the girl, calling herself Hina Sato, manages to convince Yōta of her power by correctly deducing the outcome of a horse race, and she offers to help him pursue his feelings for Kyōko Izanami. While Yōta is initially irritated by Hina’s pompous and all-knowing attitude, he is shocked that his parents would allow Hina to stay with them. Over the course of the summer, Yōta comes to follow her suggestions as he tries to impress Kyōko and set in motion the events to help her accept her mother’s death, helps to revitalise a failing ramen shop, participate in Sora, his younger sister’s, film, attend a summer festival and even win a mahjong competition. Yōta learns that Hina had been abandoned as a child because of an untreatable neurodegenerative disorder, but her adoptive grandfather moved heaven and earth to create a quantum neural control interface that gave Hina a normal life, and moreover, his parents had agreed to look after Hina. Quite separately, Hiroto, a foreign computer systems prodigy, learns that Hina possesses a unique device far surpassing anything available to humanity, and when denied the opportunity to study it, realises he was being used and elects to help Hina. While Hina is captured towards the end of Sora’s filming project and taken away for surgery, Yōta is unable to move on and ends up pursuing a lead from Hiroto. Against all odds, he is able to find Hina, who is living at an assisted care facility. While he is initially unable to elicit a reaction from Hina, his unorthodox methods leads Hina to demonstrate that she still possesses memories of their time together during the previous summer. After Hina returns home, they watch Sora’s film together, and Yōta promises to be together with Hina no matter what challenges cross their path. This is Kamisama ni Natta Hi (The Day I Became a God), P.A. Works’ title for the fall season of 2020. With its intriguing premise and Ayane Sakura in the leading role, Kamisama ni Natta Hi drew my interest, only to drop off my radar as I became swamped with other matters and hit a roadblock with the introduction of mahjong. Kamisama ni Natta Hi thus fell to the back of my mind, and for the longest time, I simply lacked the motivation to carry on. However, the anime community I’m a part of wouldn’t hear of this and suggested that I continue. On their suggestion, I continued watching Kamisama ni Natta Hi, learning in the process that beyond the barrier of mahjong and Hiroto’s initially-disagreeable traits, Kamisama ni Natta Hi was in fact, right up my alley.

At its core, Kamisama ni Natta Hi is classic Jun Maeda, who is best known for his stories that deal with an appreciation for the ordinary, and treasuring the time that one spends with those important to them. While Maeda’s themes invariably focus on how having memories and moments to reflect fondly on give individuals the strength to overcome seemingly-insurmountable challenges, his stories differ in terms of background and context. Angel Beats! is probably the closest of Maeda’s previous works to Kamisama ni Natta Hi; both stories deal with the significance of being able to live a normal life and participate in the things that youth typically would. While these things are easy to take for granted, folks afflicted with medical conditions or live in difficult circumstances are denied these luxuries: Maeda’s works all share this theme, and it becomes clear that to Maeda, there is no greater treasure than normalcy. However, Angel Beats! had placed the characters in a new world to give them a second go at things, while here in Kamisama ni Natta Hi, Yōta is dropped into a situation where Hina’s origins and claims are initially unclear. However, like Angel Beats!‘ Yuzuru Otonashi, Yōta quickly learns of the significance of what Hina had intended to accomplish, and in the aftermath, is able to appreciate what lies beyond the deadline that Hina continued to mention. With this strength in him, Yōta is able to summon the strength to continue caring for Hina: in this way, Hina becomes Kamisama ni Natta Hi‘s Yui, and Yōta is an amalgamation of Yuzuru and Hideki Hinata’s characters. While the contexts might differ wildly, the end message is the same: as people spend time together and come to appreciate one another, the ensuing bonds that form are resilient. Yōta’s words parallel that of Hideki’s, with the two promising that no matter what the distance, they’d always find a way to be together. When it became apparent that Kamisama ni Natta Hi intended to take this path, my enjoyment of the series skyrocketed, and I found myself feeling foolish to have considered dropping the series. Kamisama ni Natta Hi initially opens with events that seem disjointed and unrelated, but as the series progresses, it becomes clear that there is a reason behind the choices made within the series. 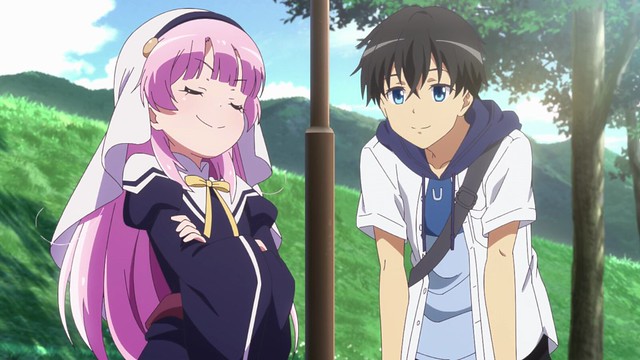 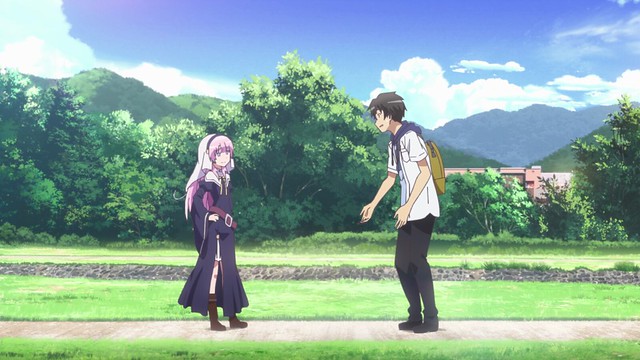 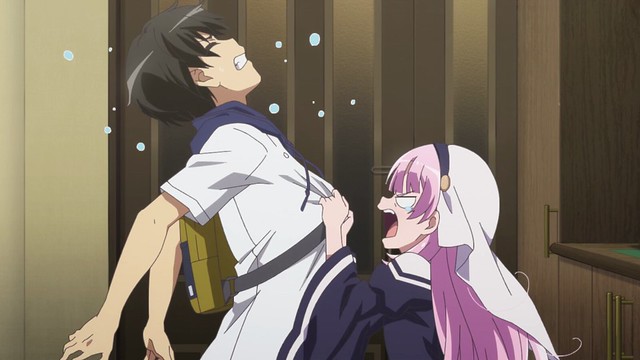 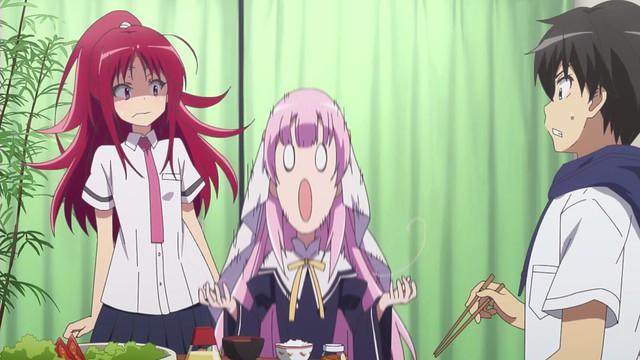 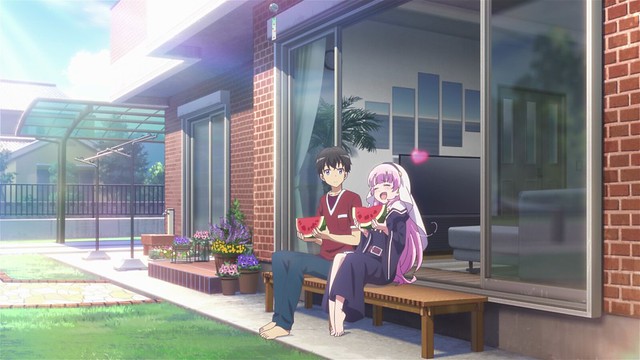 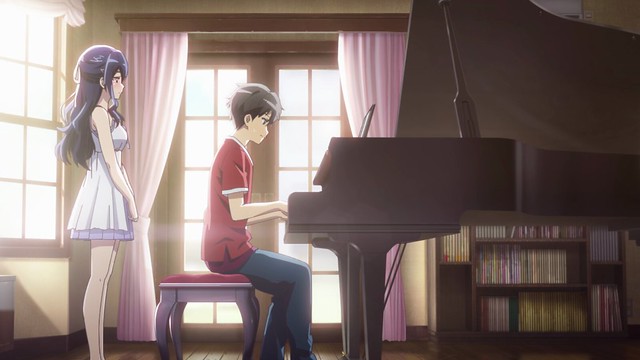 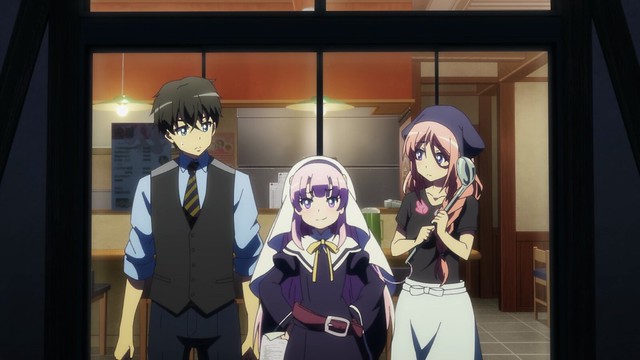 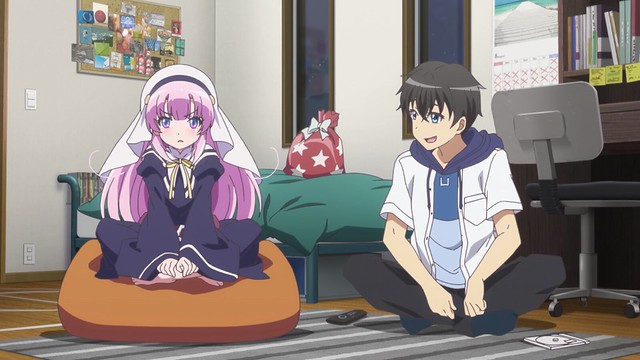 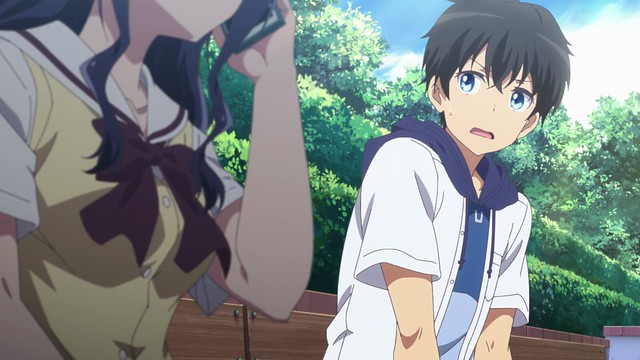 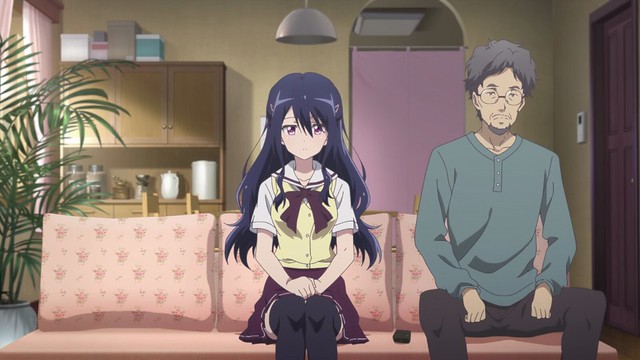 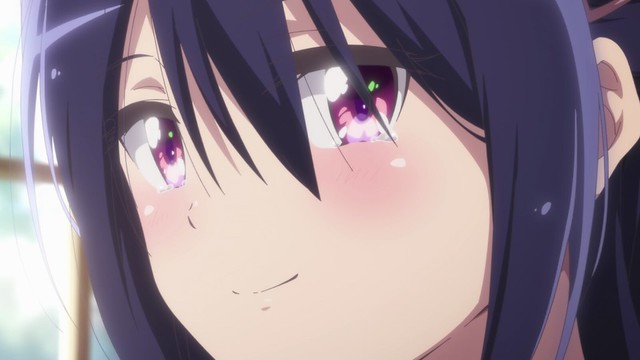 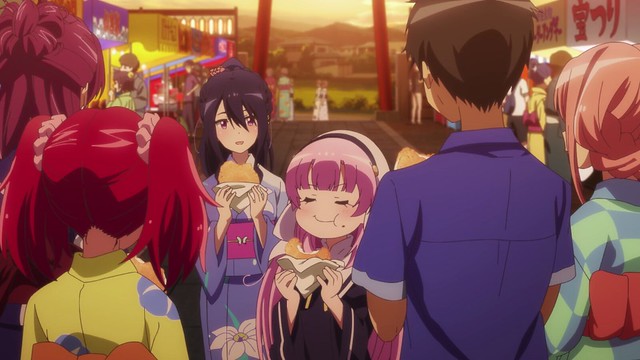 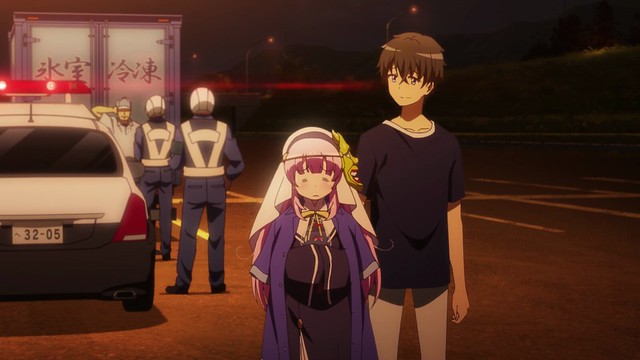 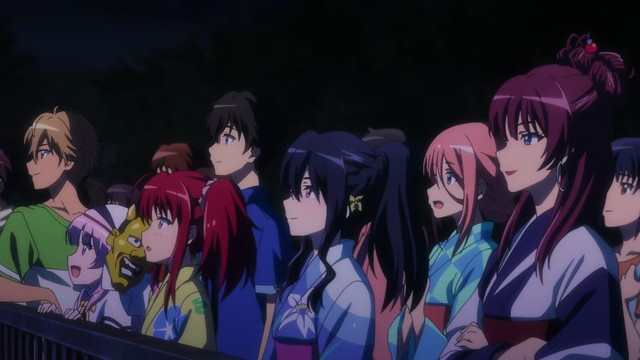 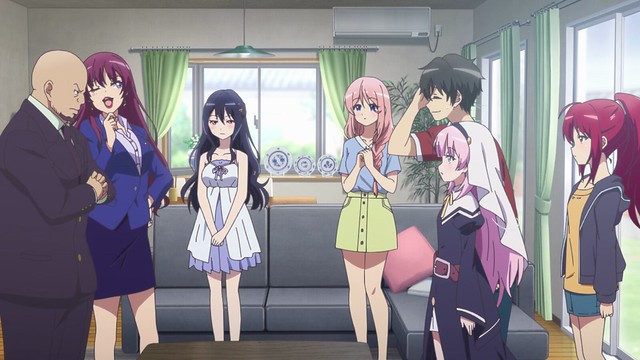 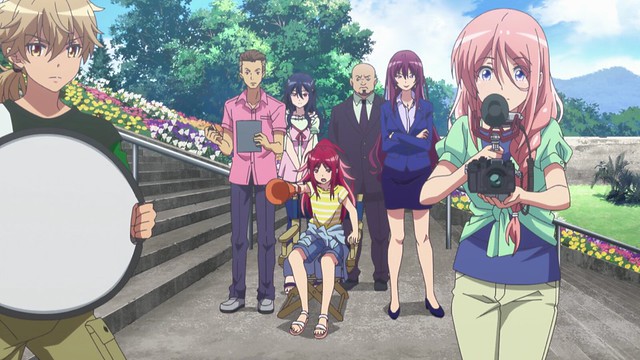 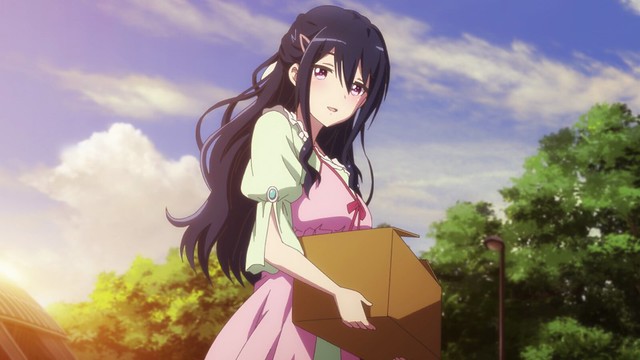 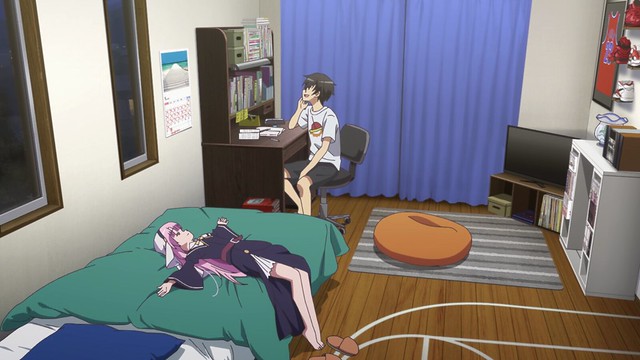 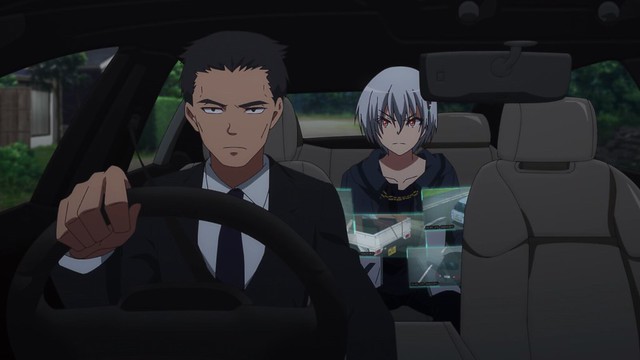 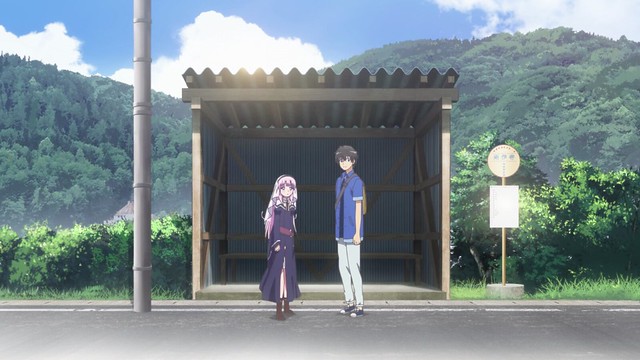 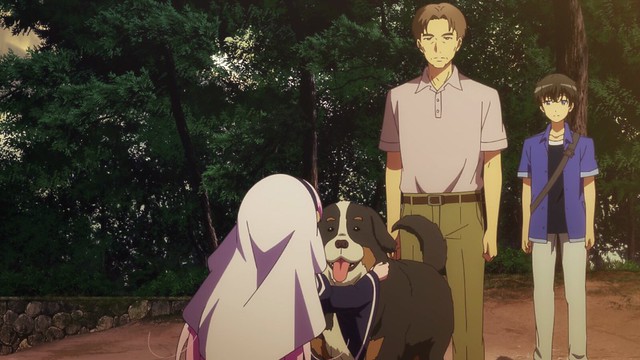 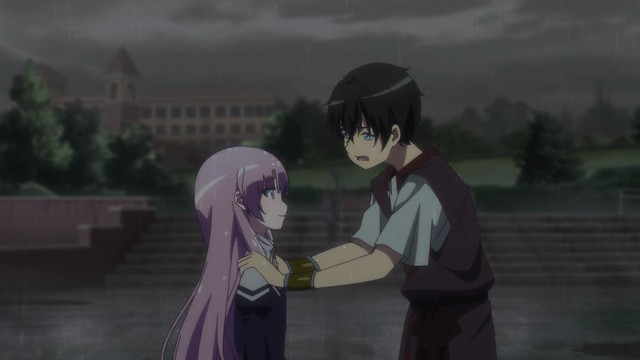 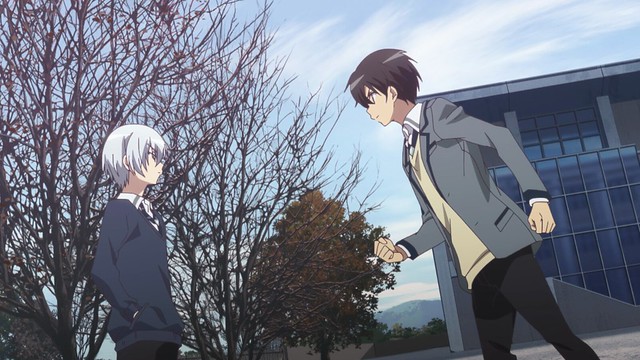 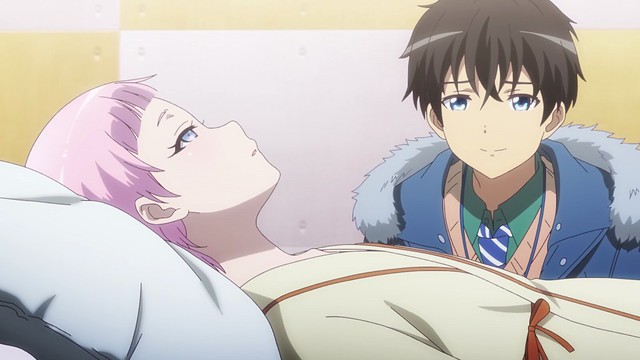 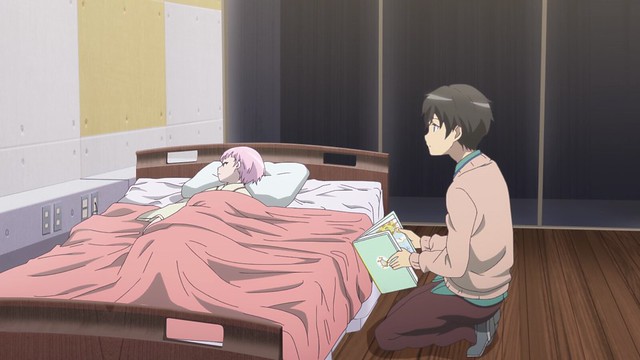 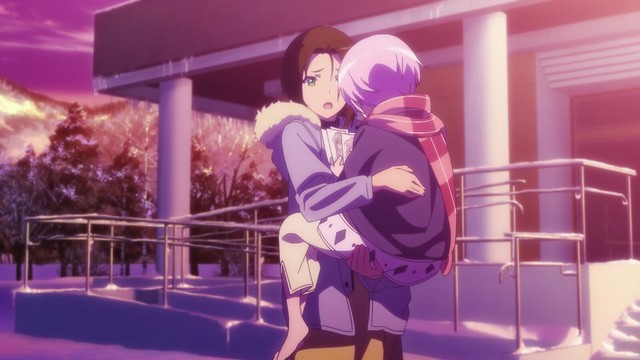 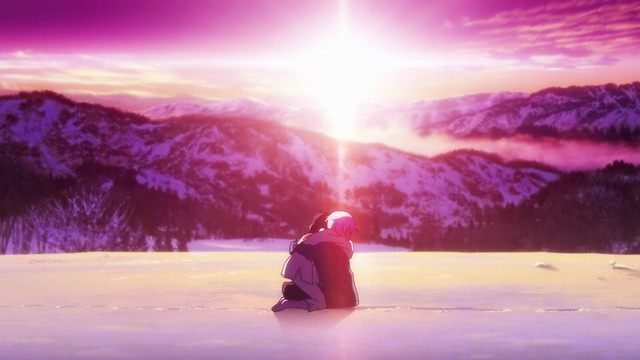 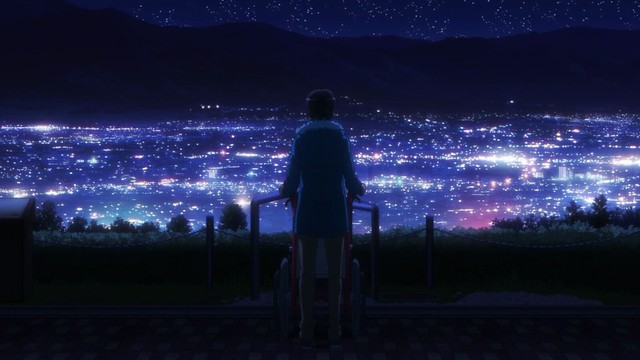 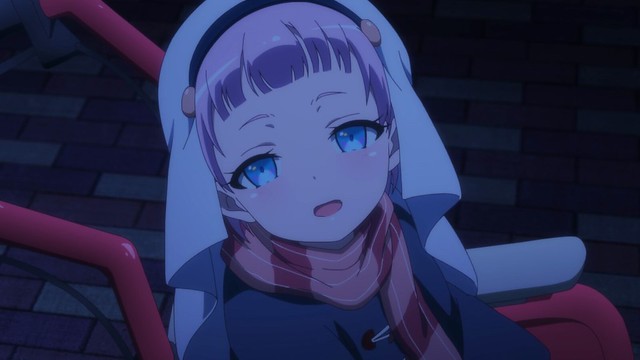 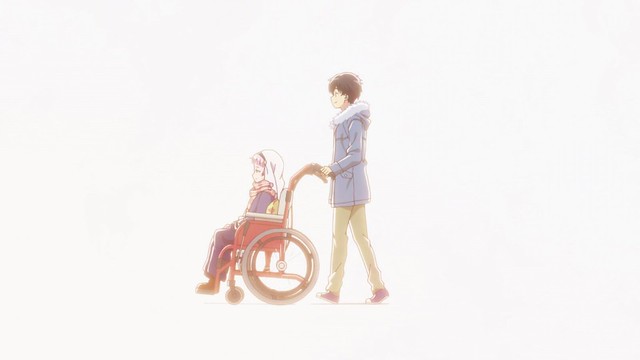 Consequently, Kamisama ni Natta Hi becomes yet another reminder that patience is oftentimes a virtue in anime: this series did not really hit its stride until its fifth episode, when Yōta manages to set in motion the events that help Kyōko and her father to reconcile. I note that while I found Kamisama ni Natta Hi to be an entertaining and worthwhile series, it is by no means perfect; the series possesses the same pacing as 2015’s Charlotte, starting out slowly and then accelerating wildly towards the end. Similarly, both Kamisama ni Natta Hi and Angel Beats! leave several elements unresolved in favour of ensuring that the central characters reach their resolution as a result of their short runtime. The existence of quantum neural control interfaces would typically result in all sorts of interesting discussion, and the CEO of the unnamed organisation curious in pursuing this research wind up being tangential to the discoveries that Yōta makes. In addition, while Hiroto is similar to Ayato Naoi and Takeyama, being a character viewers could come to sympathise with and playing a major role in setting Yōta with a shot at getting Hina back, his screen time and backstory is minimally explored. The series definitely would’ve benefited from an increased runtime, which would better flesh out the secondary elements that were relevant to the story. Despite these limitations, Kamisama ni Natta Hi matches my own expectations going in, beats the expectations I had of the series following the fourth episode and vastly exceeds the impressions I got of the series from reading the inevitable and unavoidable snippets from well-known but disreputable figures in the community, who were quick to dismiss the series as being forced drama. As the prize for listening to the community I’m a part of and not giving any credence to the unsavoury people on social media, I come out with another solid experience.

9 responses to “Terrible Anime Challenge: Kamisama ni Natta Hi and The Path To Pursuing What Counts”