4 Comments Posted by infinitezenith on June 6, 2021

“Mystery is at the heart of creativity. That, and surprise.” –Julia Cameron

Aoi shares three vignettes surrounding camping to viewers to encourage them to pick up the hobby for themselves. The first segment has her and Nadeshiko using a handy app to rent camping gear, only to learn that they’re missing Chikai for their trip and therefore, decide to rent a Chiaki-in-a-box, too. Later, Nadeshiko’s solo camping takes her to a dystopian camp where her days consist of working in a factory, subsisting on meagre rations, burning hazardous chemicals for warmth and sleeping in a cardboard box. Later, Rin and Nadeshiko roast some marshmallows, and although Nadeshiko begins thinking of all the different recipes she could make with s’mores, the roasted marshmallows Rin gives her turn out quite unlike what she’d been expecting. After all three stories are told, Aoi invites viewers to head out and give camping a go on account of how one can have some remarkable adventures. This is Mystery Camp, the first of the Yuru Camp△ 2 OVAs that accompanied the second BD collection. The first season’s OVAs were imaginative and fun, being both supplementary materials to the series and sending the characters on adventures that would otherwise be counted as unrelated. Here in Mystery Camp, the trend continues, capitalising on Aki Toyosaki’s excellent voice acting to deliver Aoi’s lies in a compelling manner. The three stories are unlikely to be considered canon in any way, but instead, serve to act as what-if segments that allows the studios to put the characters in unusual situations in the name of comedy. However, unlike the previous season’s OVAs, which were denoted as a part of Heya Camp△, this OVA lives up to its name as Mystery Camp: and Aoi’s stories are so far removed from what Yuru Camp△ had presented as camping that one cannot help but feel that this is yet another one of Aoi’s elaborate lies.

The middle act, which sees Nadeshiko coming across a work camp, was probably the most heart-wrenching of the stories: the reason why it’s so effective is because Yuru Camp△ unfailingly puts Nadeshiko in gentle, easygoing scenarios where she is able to learn and relax, and where any challenge is overcome with creativity. As such, when Nadeshiko enters a work camp instead, traditional camping activities are replaced by something considerably more grim. Seeing Nadeshiko will herself through everything becomes particularly saddening, and while she’s doing her best to hold together, nowhere else in Yuru Camp△ do we ever see Nadesiko look so defeated. Consequently, viewers would be relieved to know that such things don’t actually happen to Nadeshiko as this OVA draws to a close. I appreciate that something similar was done during the first season, when Aoi spent an entire OVA lying to Nadeshiko, even getting everyone to pretend to be Rin and causing Nadeshiko to question reality itself. Because it’s so adorable to see Nadeshiko in this manner, I expect that this OVA was a chance to have Aoi continue on with her tall tales and perhaps drive up the feeling of pity for Nadeshiko, who otherwise has a very happy-go-lucky experience in Yuru Camp△. 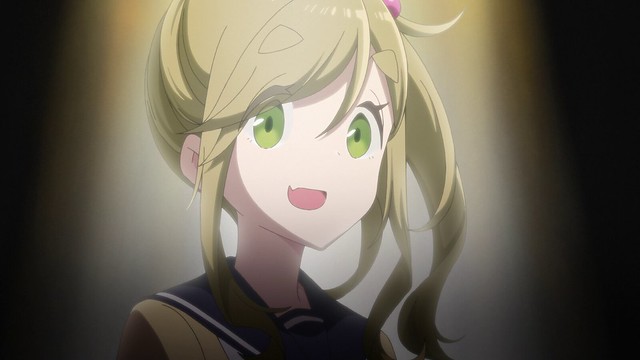 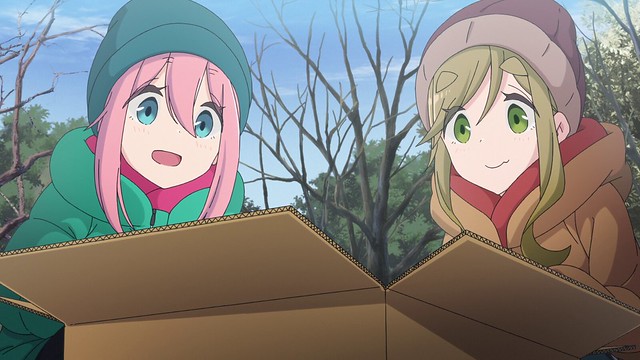 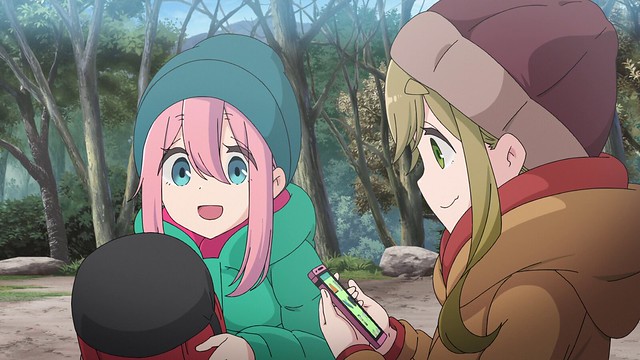 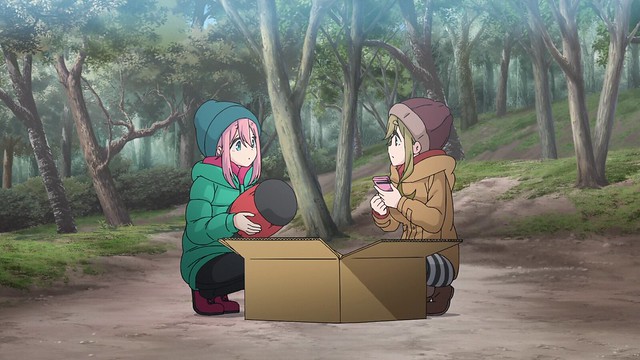 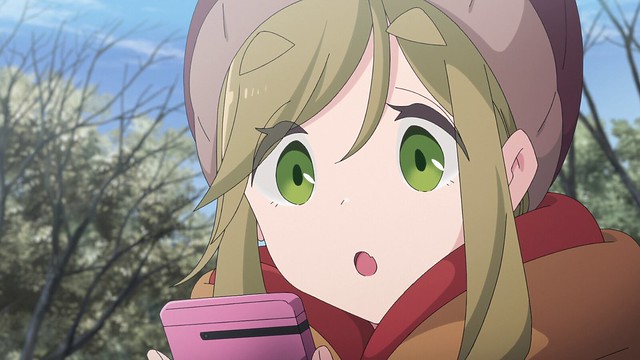 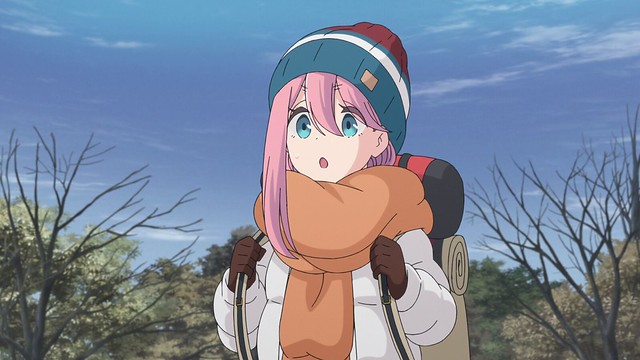 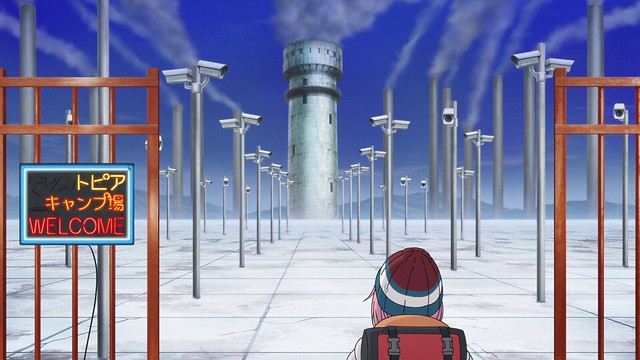 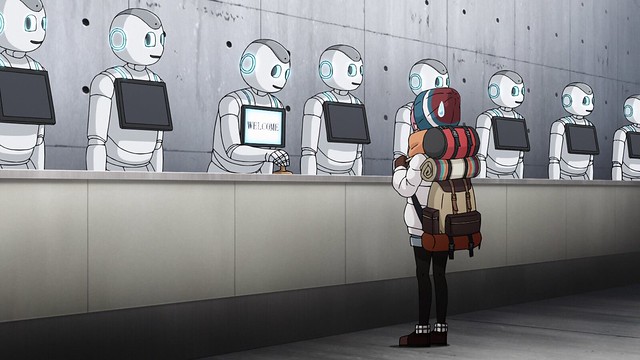 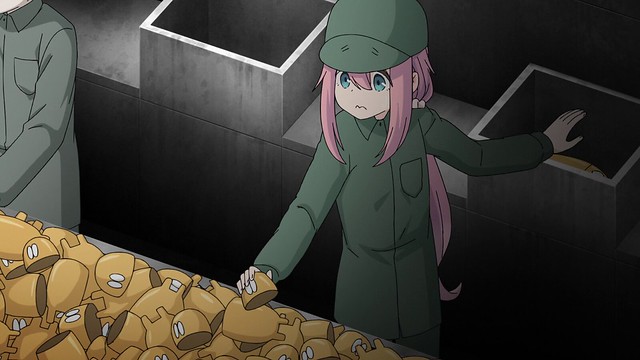 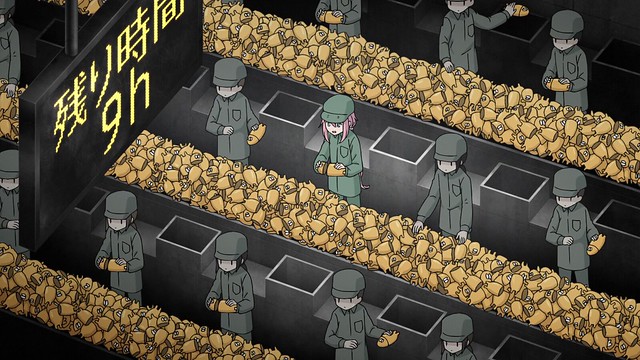 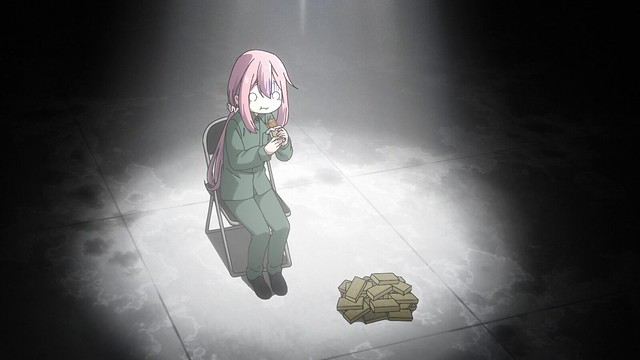 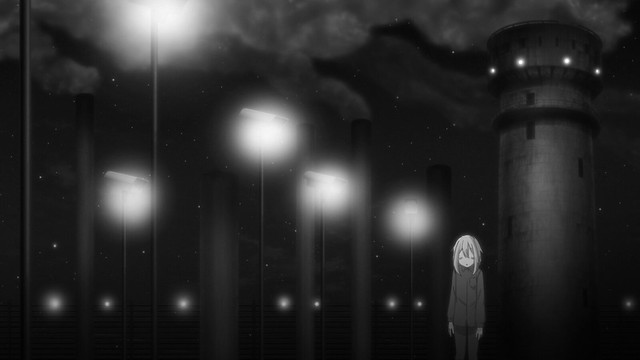 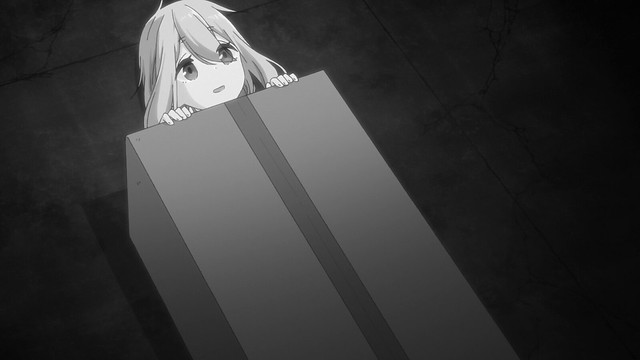 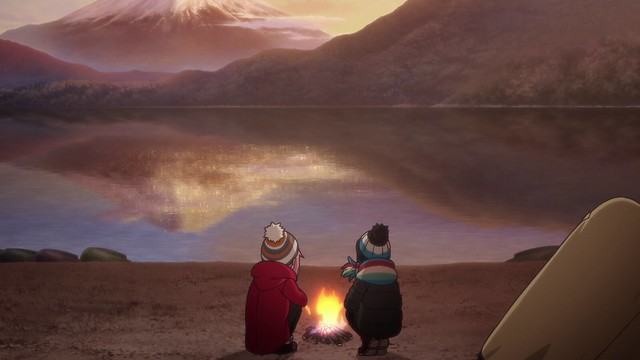 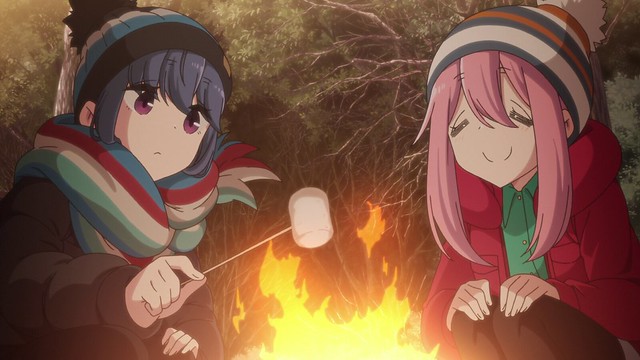 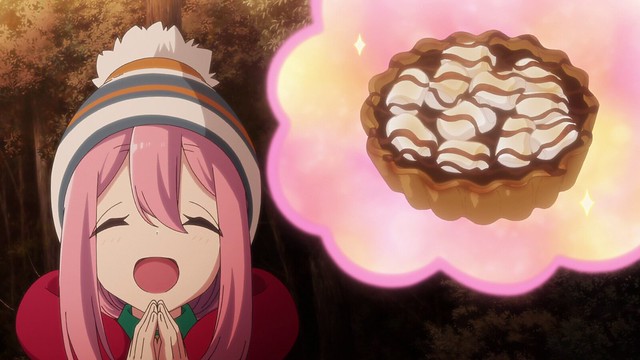 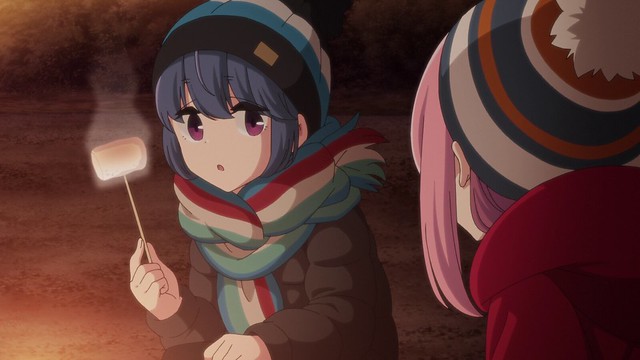 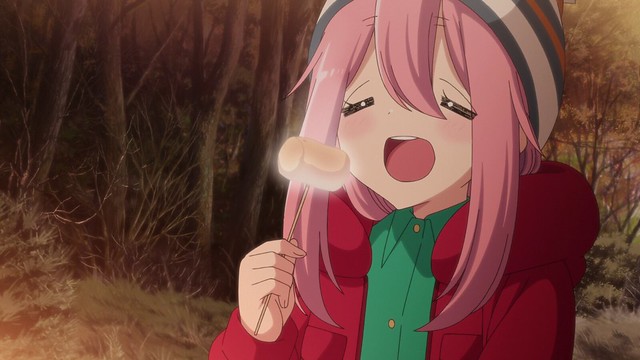 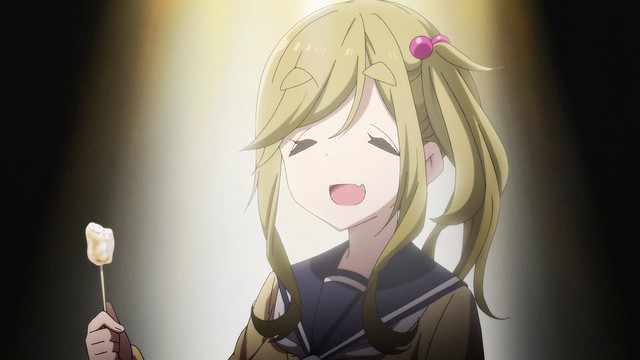 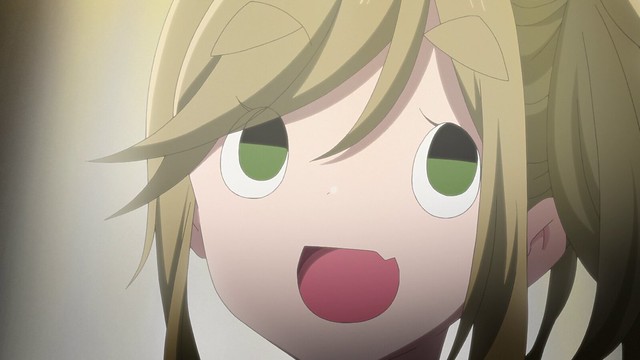 Altogether, despite a short runtime of only four minutes and forty-five seconds, the first of the Yuru Camp△ 2 OVAs represents an amusing addition to the series. I am aware that in general, reception to Yuru Camp△‘s OVAs have generally been nowhere near as positive as they are for the anime proper, and this is because most of the effort in the series have indeed gone towards ensuring that the episodes themselves are of a very high standard. By comparison, the OVAs can feel more slipshod, being more of an afterthought rather than an integral part of the experience: we’ve seen Yuru Camp△ at its best during the TV series, and the OVAs are instead, a chance to place familiar characters in scenarios that would otherwise not fit with the series itself, with the aim of eliciting a few laughs. Having said this, the OVAs aren’t always about humour: the first OVA had shown how Chiaki and Aoi founded the Outdoor Activities Club with the aim of sharing their love for camping with others, and more recently, Heya Camp△‘s OVA had Rin head up to Hokuto on a loaner three-wheeled moped. With the upcoming OVA being titled Travelling Shimarin, I imagine that there will be a greater focus on Rin and her explorations to some capacity; while it may not necessarily be a straight exploration episode as Heya Camp△‘s OVA was, it could be fun to see more comedy come into a (non-canon) version of Rin’s solo travels, as well. The second OVA is still a ways off, releasing in July 28, so for the time being, I’ll return my attention to the Yuru Camp△‘s live-action drama, which, despite having fallen behind in, is something I’m still enjoying immensely.