Call of Duty Black Ops: Cold War- Part II Review and Reflection, Behind the Iron Curtain, Returning to Yamantau and The Cicada’s Memories

“You knew Manual 34 was from Hinamizawa and didn’t tell us! What else are you hiding? Maybe I can knock the truth out of you!” –Frank Woods

Information from Volkov confirms that Perseus had been smuggling nuclear weapons as a part of an enigmatic Operation Greenlight. This leads Adler and his team to a Spetsnaz training facility in deep in the forests of the Ukraine’s Zakarpattia Oblast. Bell and Woods fight through the facility, discovering a mockup of the average American town’s main street and finding themselves amidst a live-fire drill. After reaching a control centre, Bell gains access into the computer systems and acquires a printout of Operation Greenlight, which had been a top-secret contingency President Eisenhower had approved in 1958. In the event of a Soviet invasion, Eisenhower ordered nuclear bombs placed in major European cities and would detonate them to cripple the Soviet advance as a last-ditch effort to stop them. By 1974, the nuclear bombs were exchanged for neutron bombs, which had a lower blast yield but emitted up to ten times the neutrons compared to a standard fission weapon, reducing their impact on infrastructure. Upon learning that Perseus has infiltrated the programme and Hudson had known about it, Woods confronts Hudson back in their West Berlin safehouse. However, with the threat that Perseus poses, there isn’t a moment for the team to bicker amongst themselves; Perseus is seeking information from Nikita Dragovich’s old facility at Mount Yamantau. Despite infiltrating the base and extracting the entire mainframe computer, it turns out that Perseus had wiped the mainframe’s memory banks clean of anything. With no other options left on the table, Adler enlists help from double agent Dimitri Belikov and prepares for an operation cladestinely enter the Lubyanka Building and retrieve the prize: a list of sleeper agents Perseus is interested in. I’m now roughly halfway through Cold War, and with more of the narrative unveiled, it becomes clear that Cold War is falling back the a familiar threat of nuclear weapons being used against their originators. However, unlike most stories, the stakes in Cold War are much higher owing to the single fact that instead of losing a single nuclear device or several, the whole of Europe could potentially be lost. This underlies the team’s determination to thwart Perseus before he has the chance to erase millions of lives.

The nature of Operation Greenlight is strictly fictional: while NATO had been concerned about a possible Soviet invasion of Western Europe, and the Soviets did indeed create a simulation of what such an invasion would look like with something called Seven Days to the River Rhine, there is no evidence to suggest the United States ever would’ve considered placing nuclear weapons in European cities as a contingency precisely because the risk of such weapons being discovered, or even stolen, would’ve created a political nightmare for NATO. However, the audacity of plans during the Cold War have always appeared to come out of works of fiction, and while Operation Greenlight might not have  ever existed, it is named after the Green Light Teams, special forces which were trained in a top-secret programme to deploy low-yield tactical nuclear weapons behind enemy lines should the need arise. Cold War‘s missions at the halfway point therefore become some of the most enjoyable levels to play through. These vividly-designed maps striking a balance between gameplay and storytelling, creating a highly immersive experiences. Of note was the return to Mount Yamantau: Hudson originally visited in 1968 to locate NOVA 6, and fifteen years later, the facility largely remains intact. With Mason returning to the site along with Woods to secure the mainframe, Yamantau is presented in all of its glory, with the latest visual effects and textures of a game was made ten years since its predecessor. Despite the decade and a half that has passed, Mason still retains lingering memories of his past mission, especially after opening a weapons cache and spots a photograph of German scientist Friedrich Steiner. Ancient conspiracies are very much a part of Cold War, and this clever callback to the original Black Ops brought back a thought I had: when I first played through Black Ops in 2015, I was captivated by the setting and storyline, which I felt to hold an inexplicable connection with Higurashi: When They Cry. Both series, after all, shared in common the idea of evil rising where it was once buried. Much as how Black Ops created an unsettling portrayal of hidden plots in the Cold War, Higurashi‘s 2006-2007 anime series proved to be a compelling, gripping tale of a group of students in Hinamizawa racing to sort out their home village’s darkest secret. Both Black Ops and Higurashi ended decisively, but would return in a big way in 2020, with Cold War and GOU both picking up where their predecessors had left off. Both works began slowly, but over time, would come to act as a meaningful entry in their respective series by simultaneously exploring new directions with a renewed vision while at the same time, remaining respectful of the original’s aesthetics and themes. 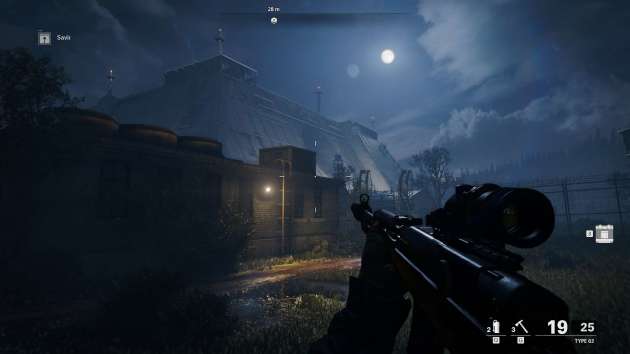 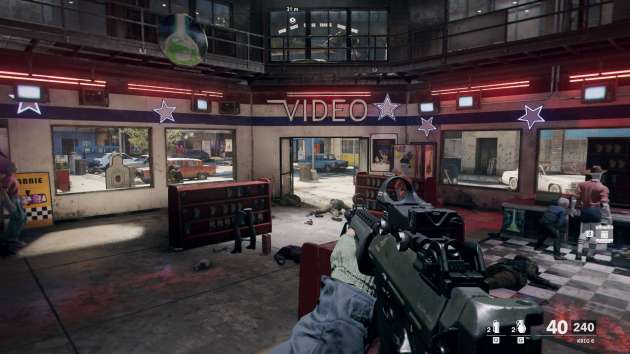 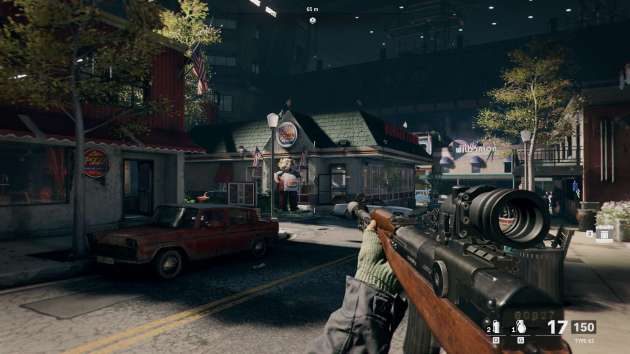 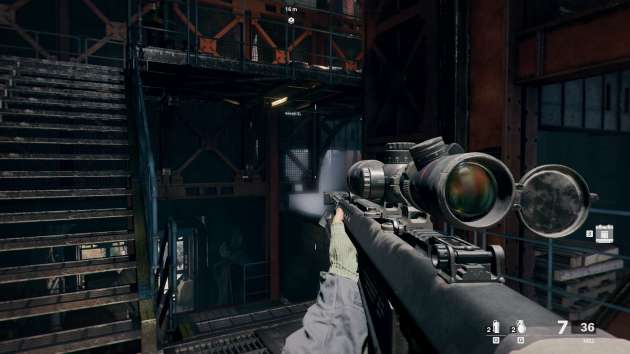 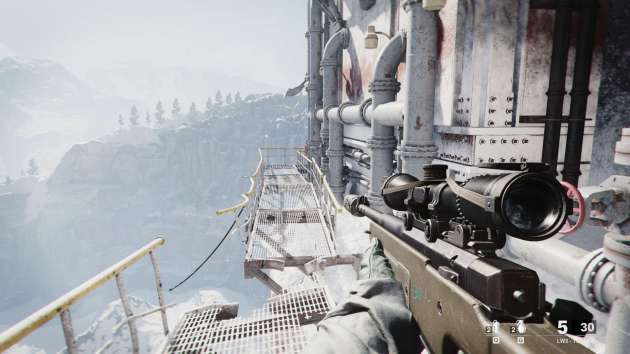 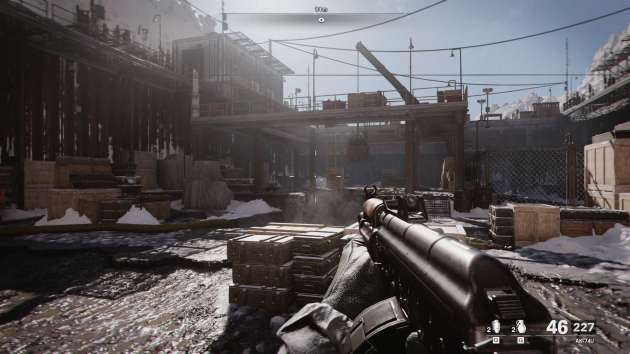 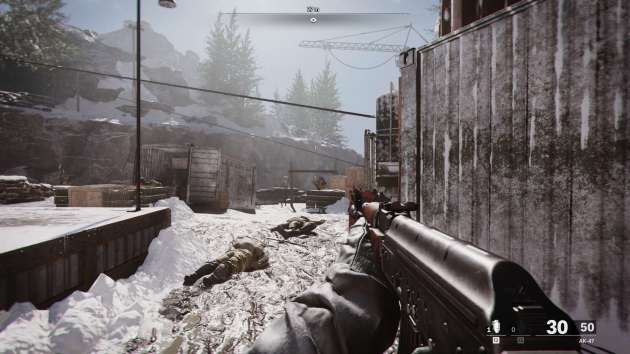 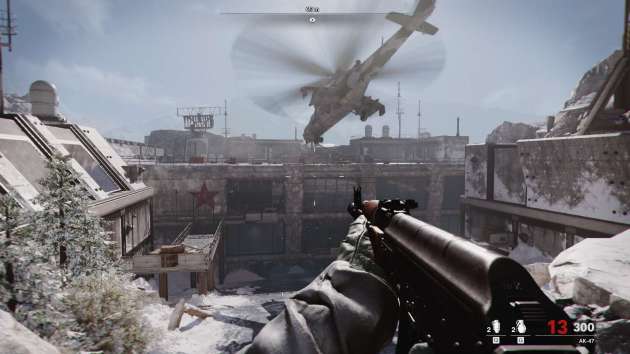 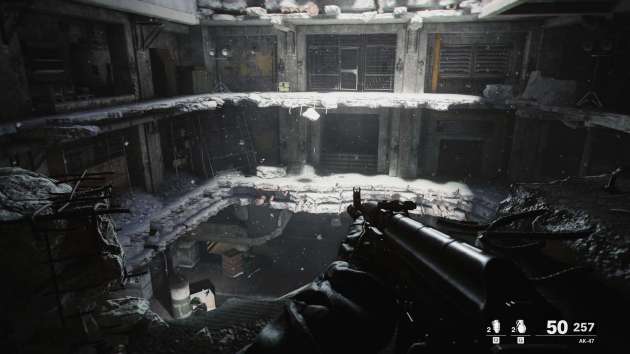 It is therefore unsurprising that the seemingly coincidental timing of Cold War and Higurashi GOU can appear to be anything but: while seemingly separated by a dramatically different set of characters with their own unique goals and intents, both Black Ops and Higurashi speak to the depth that certain mysteries have. However, while the conspiracies and enigma may seem bottomless and hopelessly convoluted, one still retains the agency to make the sort of decisions that can leave one in a better situation, and by doing what’s right at the individual level, one’s choices still potentially have a knock-on effect in things that are greater in scale. This is where the commonalities between Black Ops and Higurashi ends; Higurashi had always been about solving problems through winning hearts and minds, while Black Ops, being a first person shooter first and foremost, encourages resilience and an unwavering determination to get the job done. However, Cold War has taken a few steps towards the routes that Higurashi takes: as Bell, players can make decisions that impact the game’s progression later down the line, and as the Berlin mission indicates, there are times where going silent yields results where going loud does not. Cold War‘s shift in direction speaks to the merits that Higurashi had so effectively conveyed in its run, but not to be outdone, GOU takes Higurashi in a brand-new direction, and this is a topic that is sufficiently sophisticated as to warrant a separate post: the choices that Satoko make sends the story heading on a path even I cannot speculate an outcome for. GOU therefore creates an exhilarating question segment that grips viewers and leaves them longing for answers, which the upcoming SOTSU will likely provide. While this is a few weeks away, I’ll have the time to both draft out my thoughts on GOU and continue making my way through Cold War, which has proven to be an absolutely enjoyable ride. Cold War might be about the multiplayer, zombies and Warzone modes for most players, but for me, I’ve always found the stories to be immersive, worthy of consideration, as well. With two excellent missions in the books, I’m very excited to see for myself what comes next.