Higurashi GOU: Whole-Series Review and Reflection, A Return to Hinamizawa

“This is how things are now! You and me, trapped in this moment, endlessly.”
“Then you will spend eternity dying!”

Keiichi Maebara moves to a remote mountain village in 1983 and discovers that this seemingly sleepy village conceals a dark secret that has consistently claimed the life of one individual and resulted in the disappearance of another every year during the town’s Cotton-Drifting Festival. At least, this is what Higurashi was originally about: 2020’s Higurashi GOU was quite unexpected and surprising given that KAI had satisfactorily answered all of the questions that Higurashi had raised. Thus, when GOU began airing, the first half of the season felt to be an incomplete retreading of the original Higurashi, as different arcs saw Keiichi and Mion succumb to madness. However, as the story progresses, Rika begins to realise that something is off: having broken the cursed cycle, she finds herself suffering tragedies anew. Rike learns that the culprit is none other than Satoko; after defeating the Yamainu and revealing there never was Oyashiro-sama’s curse, she decides to pursue a future at St. Lucia’s, a prestigious academy for young women. It turns out that Satoko had joined Rika on her journey, but, lacking the academics and social skills to fit in, became increasingly withdrawn. When Keiichi, Rena and Mion invite her and Rika back to Hinamizawa, Satoko begins to long for the days of old and decides to take a walk around, eventually reaching the old storehouse holding the statue of Oyashiro-sama. When she comes into contact with a piece of the statue, she is transported into a void and comes face-to-face with the entity that consents to be known as Eua. Here, Satoko gains the same power Rika has, and vows to do whatever it takes to stop Rika from leaving Hinamizawa, even if it means endlessly killing her best friend to utterly smash her resilence. Satoko’s constant resetting of time begins to be felt across different realities: her uncle, Teppei, begins to realise the horrors he subjected Satoko to and makes amends, while Miyo follows a feeling in her heart and learns her adoptive grandfather had intended her to live a happy life. Miyo decides to stand down from her research, but Satoko capitalises on the moment and takes possession of a vial of agent H-173, promising Eua that Hinamizawa’s fate is now hers to control. From shaky beginnings to a shocking middle and gripping ending, GOU thus sets the stage for the upcoming SOTSU by posing the questions that had allowed Higurashi to be so successful. Despite treading on familiar ground, GOU thus manages to reignite interest in Higurashi and creates a compelling story to follow.

Despite being a question arc, in which the story is only partially told from several viewpoints to pique the viewer’s curiosity and set the table for the big reveal, GOU nonetheless establishes that Higurashi has returned to demonstrate that the notion of a happy ending is only thus from a certain point of view. The outcome of KAI had decisively finished off Higurashi and ostensibly eliminated any chance that evil could rise where it was once buried, but in GOU, this is precisely what happens anyways. In fact, GOU ends up being even more brutal than its predecessor: the instrument of Rika’s suffering is none other than Satoko, and during a particularly horrific episode where Satoko had sawn Rika in half with the ritual hoe, it becomes clear that KAI left Satoko’s wishes unattended; it was Rika who’d defeated her fate to create a path for her future, and nowhere else in GOU was Satoko’s longing more pronounced. While seemingly gratuitous and unnecessary, the reason for such an outcome would later be explored as Satoko found herself increasingly shut out from Rika’s world after the pair had gained admittance to St. Lucia. Melancholy turns to pure hatred, speaking yet again to the horrors that lay dormant. Higurashi had nailed this particular concept, only to demonstrate that despair can be beaten back through hope in KAI. However, with Satoko seemingly holding all of the cards as we leave GOU, it becomes clear that the renewed Higurashi has something else in mind for viewers. GOU had appeared to suggest that an unwillingness to change is an instrument of suffering, causing people to cling to the past, but so far, GOU depicts Satoko as having no remorse, and understanding Rika’s determination only increases her own twisted desire to destroy Rika utterly. The extreme lengths Satoko has gone to in doing a deal with the devil, and the disregard for those around her so long as she achieves her ends, has not been met with a response in equal and opposite manner just yet, but such a path can only be self-destructive: I therefore expect that the upcoming SOTSU will aim to demonstrate the cost of reactionary behaviours, and potentially, how even the foulest and despairing minds can yet be redeemed. 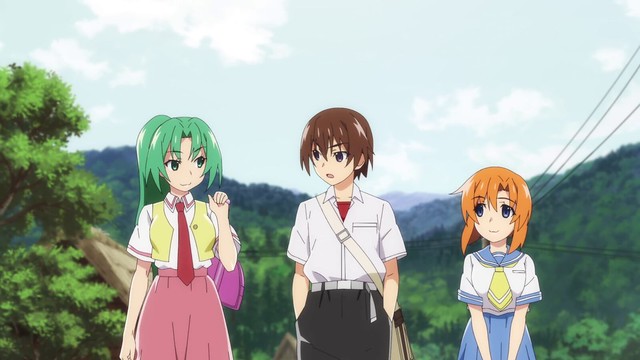 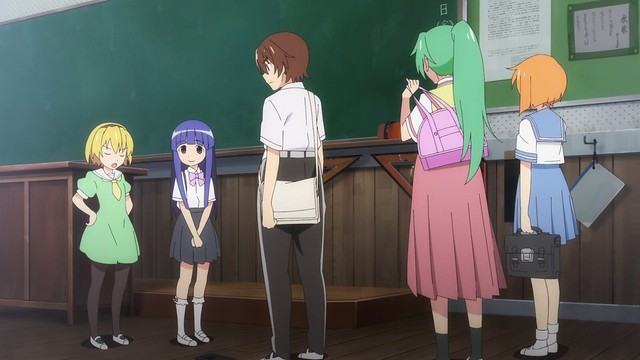 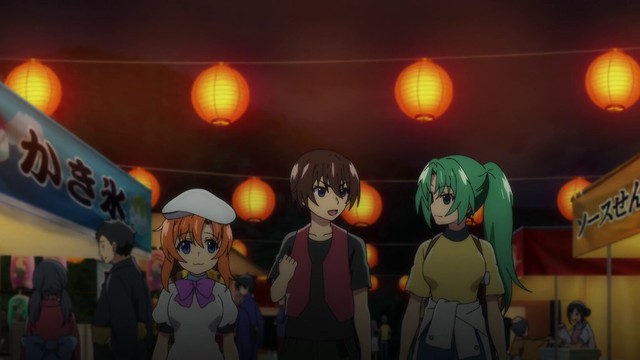 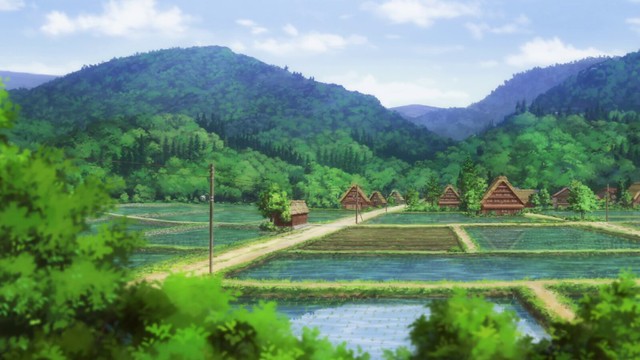 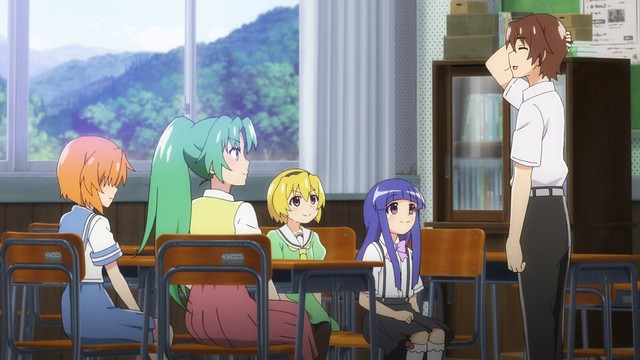 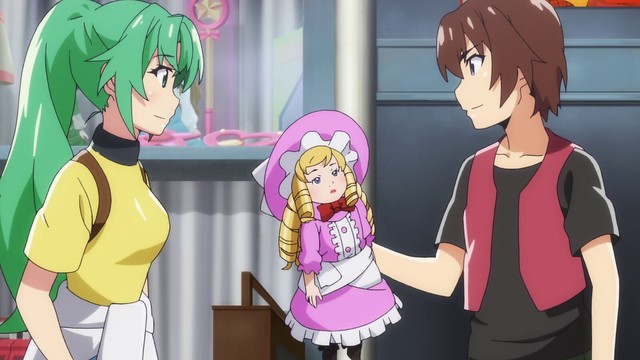 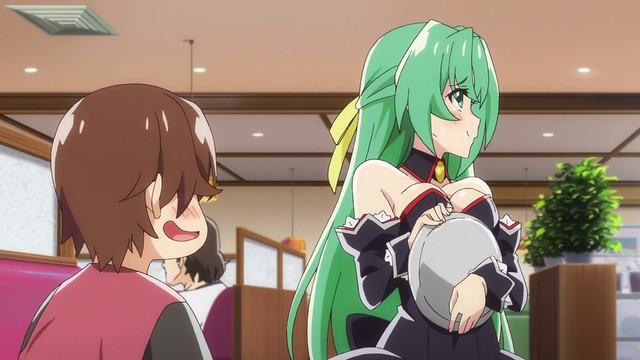 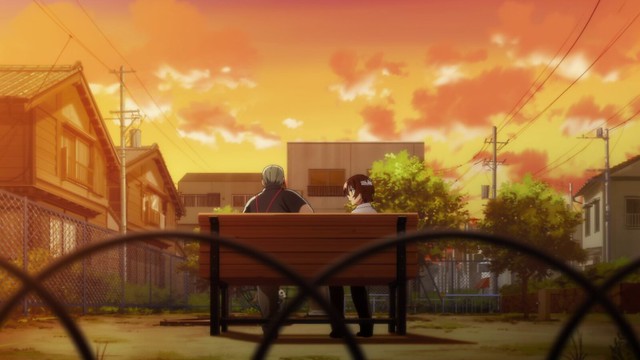 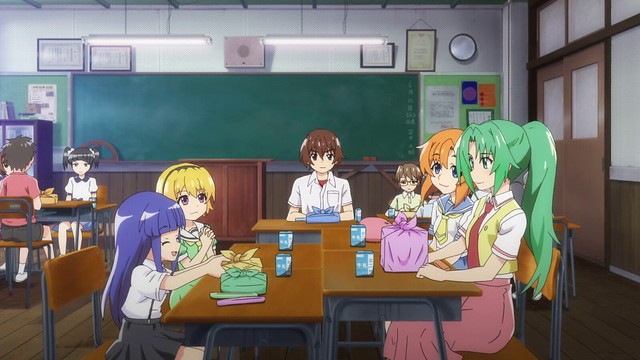 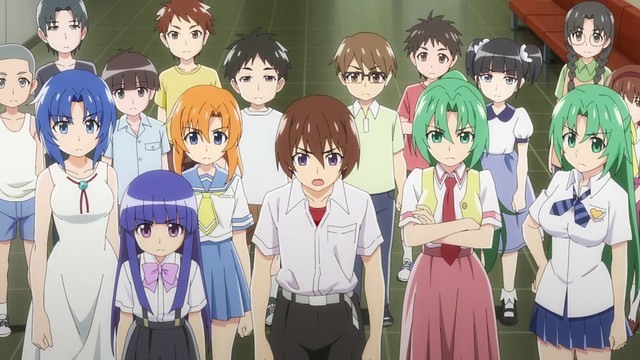 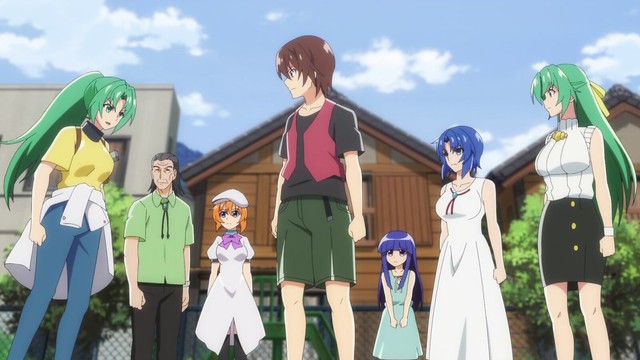 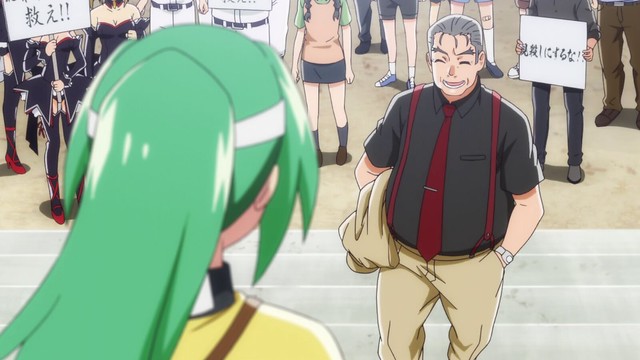 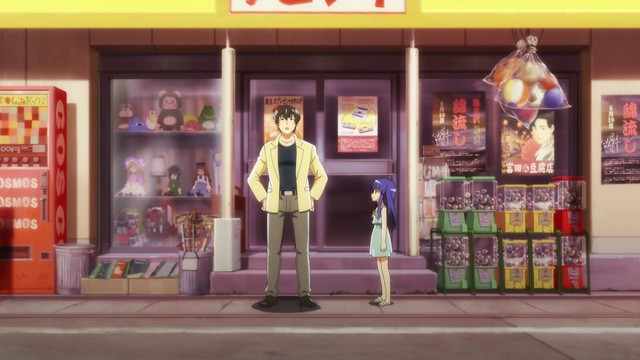 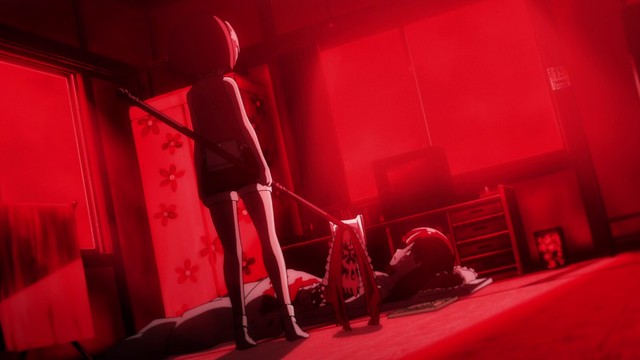 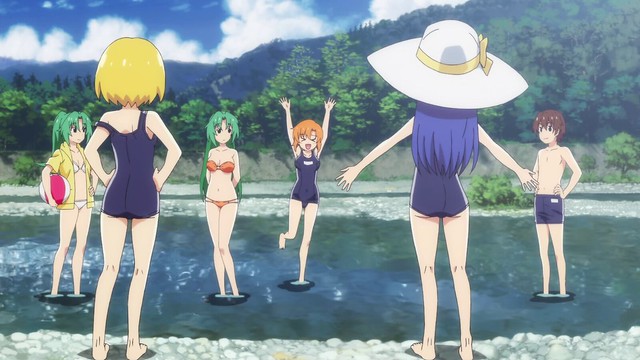 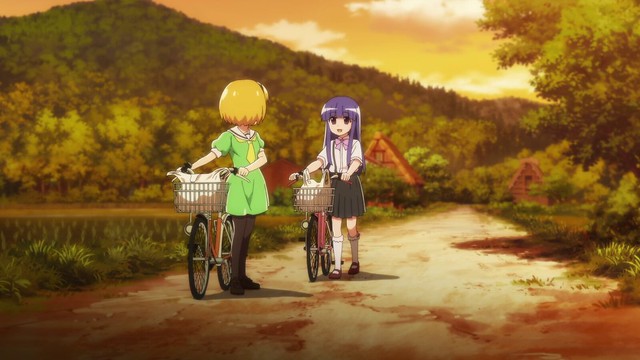 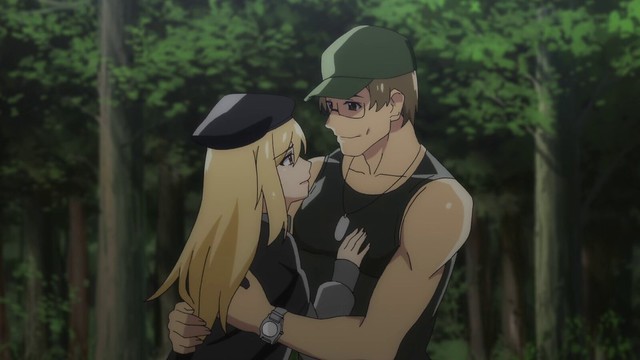 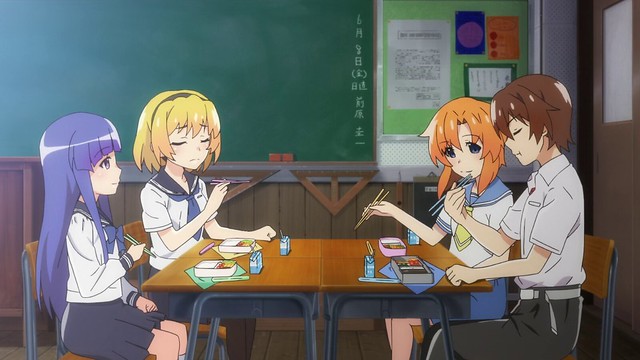 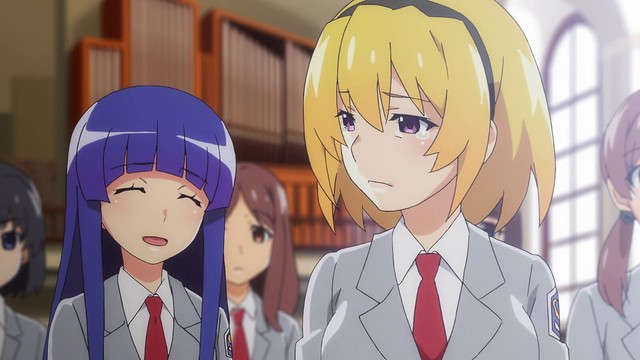 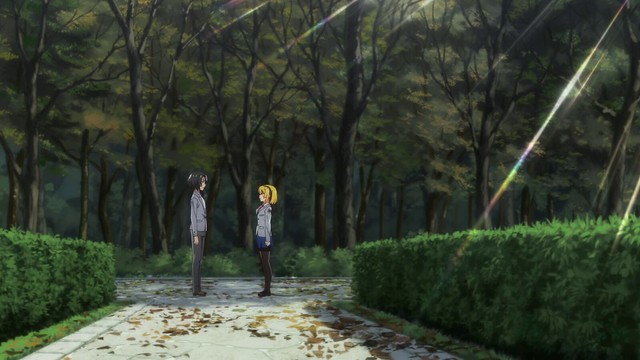 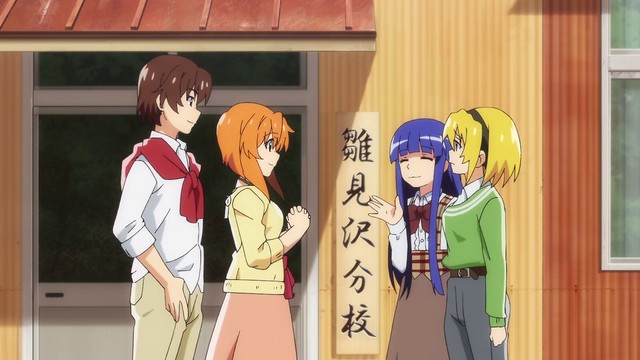 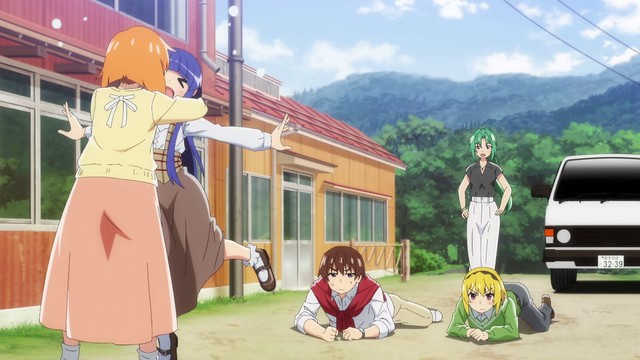 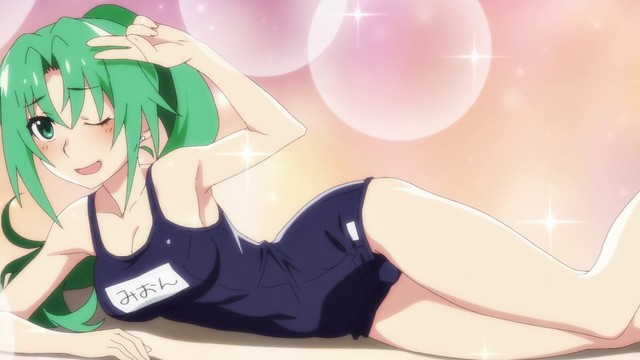 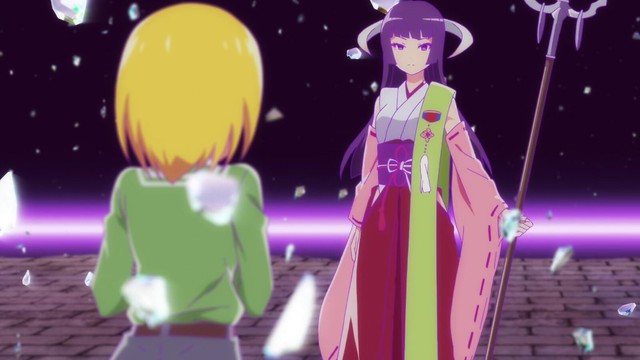 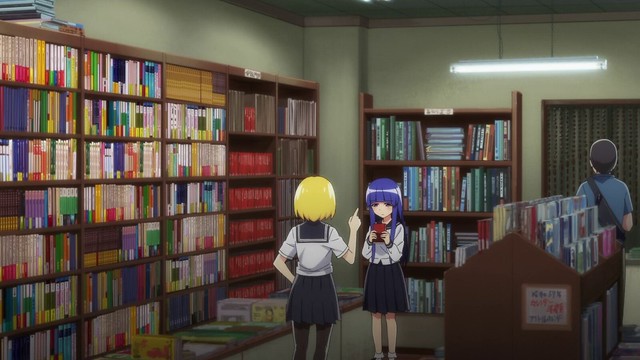 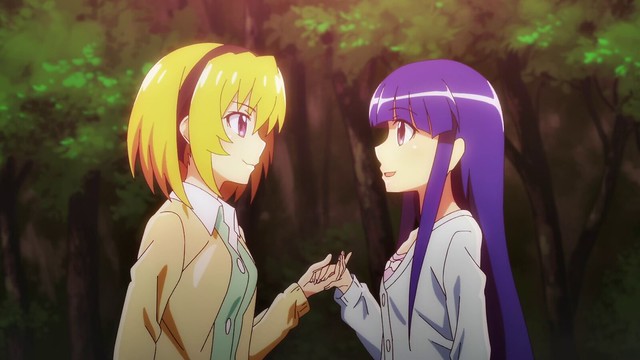 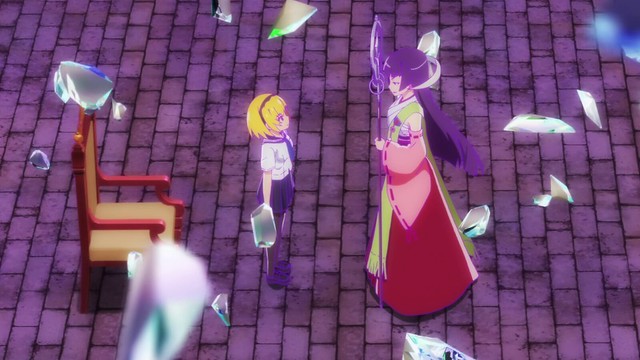 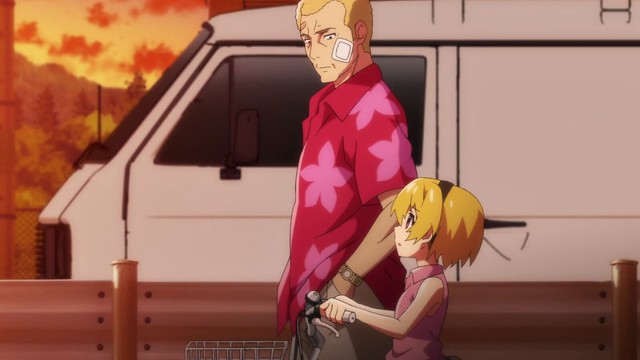 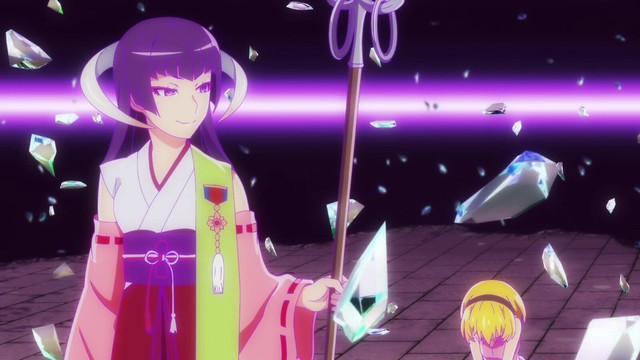 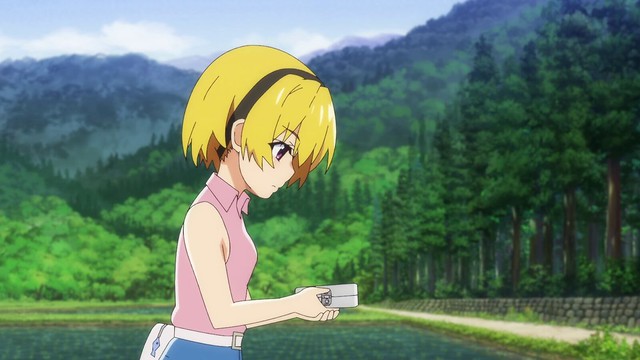 Higurashi GOU is, like Black Ops: Cold War, something that didn’t necessarily need to be made, but now that it exists, serves as a powerful and enjoyable instalment in their respective franchises, further developing and expanding out their worlds further and giving them a fresh coat of paint. The new character designs in GOU aren’t particularly distracting or jarring, and the updated background artwork is solid. Kenji Kawai returns to score GOU‘s soundtrack and as usual, excels in creating atmosphere for both ordinary and horrifying moments. The story, despite starting off slowly, accelerates wildly towards the end; familiar events and outcomes are gradually displaced by the presence of something much more sinister, and GOU absolutely delivers a stunning reason to give the continuation a go; in the knowledge of what’d been established in Higurashi, and then how things reached a resolution in KAI, GOU shows that there remains a ways to go yet before a new equilibrium can be established. The journey will doubtlessly be a part of SOTSU, and if the trailer is anything to go by, SOTSU will not be pulling any punches at all. I appreciate that some viewers did find the violence to be more brazen than anything seen previously in Higurashi, where things were more implicit, but shock factor aside, the choice to portray things directly is meant to suggest that Higurashi and KAI, being Rika’s stories, had been about the fear that lies within her heart. The open portrayals of violence in GOU, on the other hand, mirror how Satoko is more direct and forward than Rika, acting rashly without thinking things through. It’s a clever bit of a contrast to indicate that GOU is Satoko’s story, and my only remarks here are that, as long as I’m not made to watch heads being mangled in SOTSU, I will accept the more explicit violence as a part of GOU and SOTSU‘s storytelling. With this post in the books, I think that at some point, it’ll probably be prudent to invite Dewbond back – as I’ve demonstrated, my thoughts on Higurashi are feeble at best and lean quite heavily on my making remarks about the series’ unusual connection to the Black Ops series. Having an extra set of eyes on things means being able to really delve into how GOU turned around from being a middle-of-the-road experience to something I’ve become quite excited to check out.

One response to “Higurashi GOU: Whole-Series Review and Reflection, A Return to Hinamizawa”