86 EIGHTY-SIX: Review and Reflection At The Halfway Point

3 Comments Posted by infinitezenith on July 6, 2021

“Life is not always easy to live, but the opportunity to do so is a blessing beyond comprehension. In the process of living, we will face struggles, many of which will cause us to suffer and to experience pain.” –L. Lionel Kendrick

After Kaie’s death, Vladilena makes an effort to learn Spearhead’s names, earning their respect and discovers that she’d met Shinei’s brother, Shourei, long ago. Spearhead’s next engagement with the Legion and Vladilena’s refusal to disconnect from the session results in her being exposed to the Legion’s “Black Sheep” units, whose microprocessors can assimilate neural processes from their victims in order to maintain their functionality. Despite the horror and further casualties, Vladilena persists in her support for Spearhead and begins to fall in love with Shinei. She arranges for a crate of fireworks to be delivered to Spearhead. However, she is unable to secure reinforcements, as Spearhead was designed as penal unit of sorts, whose soldiers were made to fight to the death. During one engagement, Shinei hears Shourei’s voice amongst the Legion’s new model and desires to confront him one final time in order to properly put him to rest. Vladilena’s persistence in helping Spearhead draws Henrietta’s ire: she reveals that she’d been friends with Shinei and her father’s work on the Para-RAID resulted in the deaths of countless Colorata. Remorseful of her actions towards Vladilena, she agrees to help her by commandeering San Magnolia’s artillery systems, and in their next engagement, this allows enough Legion to be destroyed such that Shinei can confront the Shepherd Legion possessing Shourei’s mind. He is able to destroy the Shepherd and finds peace in success, feeling his brother is finally liberated from suffering. With his goal finished, Shinei decides to desert and set course for territories beyond San Magnolia, to Vladilena’s chagrin. Shinei and the surviving Spearhead members, Anju, Raiden, Theoto and Kurena enter Imperial territory, where they encounter additional Legion. Vladilena travels out to Spearhead’s base to see the sights she’d only heard about, and discovers they’d intended for her to adopt a kitten they’d picked up. She promises to continue fighting and do what she believes is right. This is 86 EIGHTY-SIX at the halfway point; a second season was announced shortly after the finale aired, and will pick up in October 2021. Until then, 86 EIGHTY-SIX leaves in its wake a trail of questions after Shinei is able to face his inner dæmons and confront his brother one final time.

Because 86 EIGHTY-SIX is technically only halfway through, ascertaining the series’ overall objective is not a particularly meaningful task; whatever awaits in the second half will be required to provide a complete picture of what 86 EIGHTY-SIX strove to convey. With this being said, the first season’s portrayal of the war between San Magnolia and the Giadian Empire’s autonomous machines, specifically how San Magnolia handled the conflict, speaks to the idea that dehumanising a group of individuals perpetuates a cycle of suffering that will result in complete annihilation. This is most obvious with the Colorata, who are treated as non-humans, but among the Alba residing in San Magnolia, it is clear that their society has stagnated from a technological standpoint; as the war against the Legion raged, San Magnolia’s inability to defend their nation proved embarrassing, so the Colorata (conveniently living at San Magnolia’s edges) were made the scapegoats to shift blame away from a government unable to find a solution. In time, discrimination against the Colorata became commonplace, and the current status quo seemed viable, so San Magnolia has no incentive to advance their technology and properly face the Legion, which in turn results in continued death amongst the Colorata. As more Colorata die, the Alba leadership are forced to eventually await total casualties so the truth will never get out, but the outcome of this approach is that, without the Colorata to fight, the Legion will eventually overrun and destroy San Magnolia, too. The Alba of the present don’t seem too concerned because many remain unaware of the fact that the Legion are capable of replacing their processing cores and effectively giving them an unlimited operational life-span. Coupled with the fact that the Legion can appear to use nano-machinery, 86 EIGHTY-SIX is setting the stage for San Magnolia’s demise, and it appears that nothing less than uncommon perseverance from Vladilena and other like-minded Alba will save San Magnolia from complete annihilation. 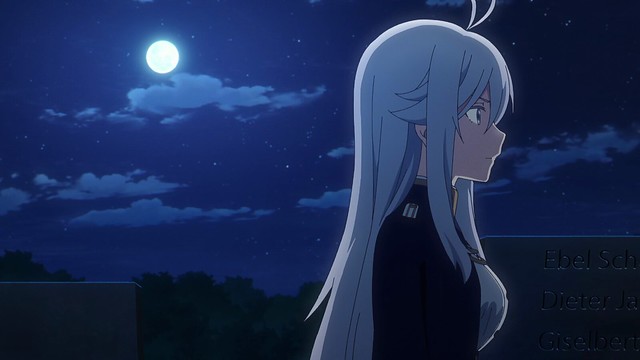 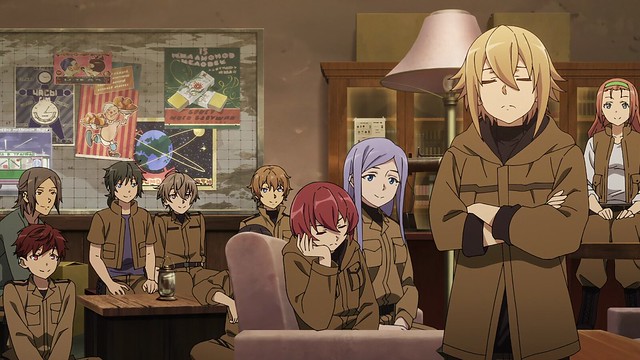 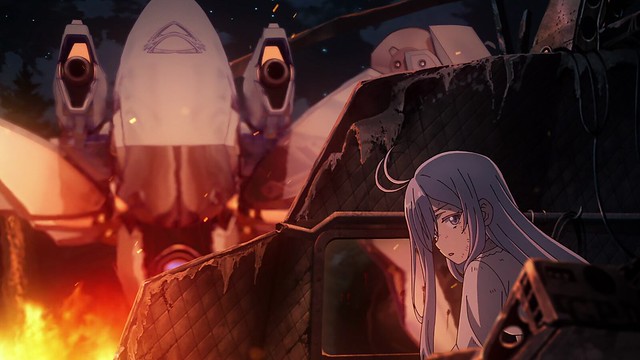 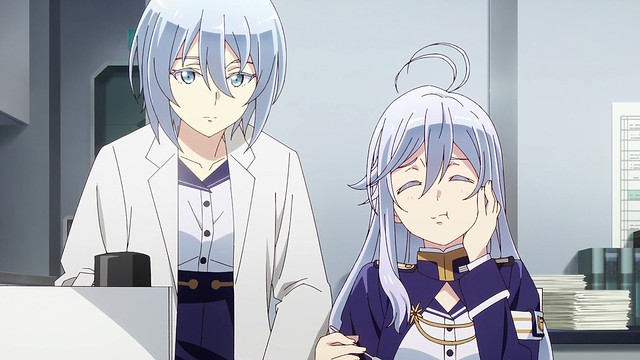 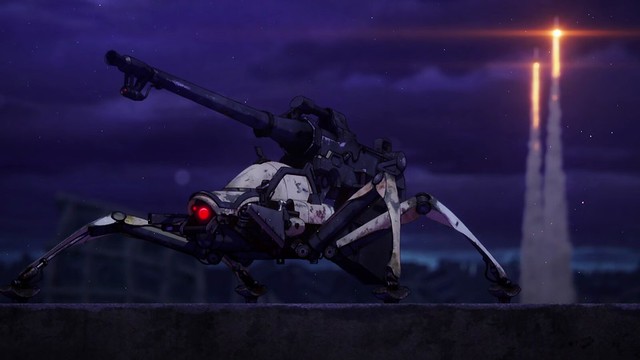 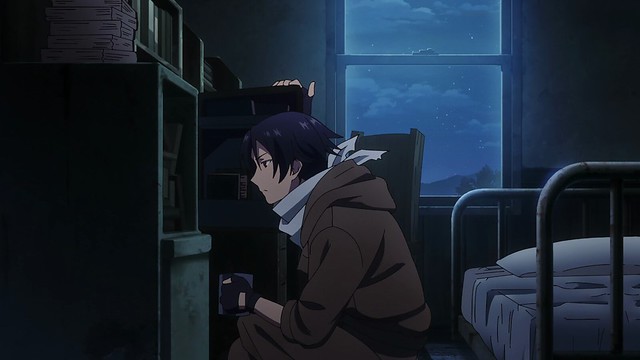 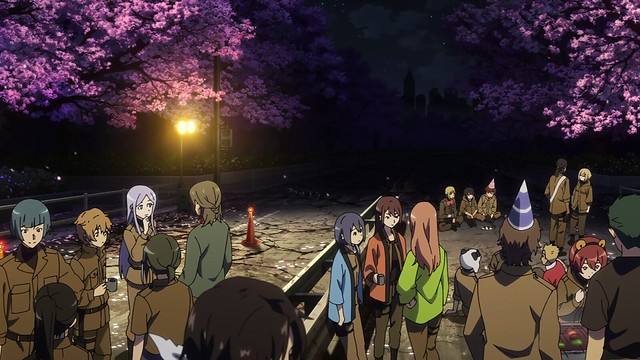 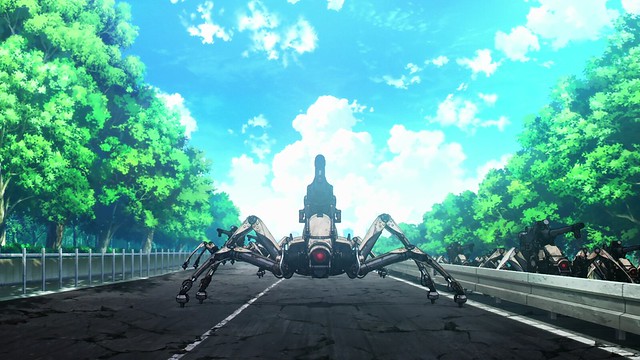 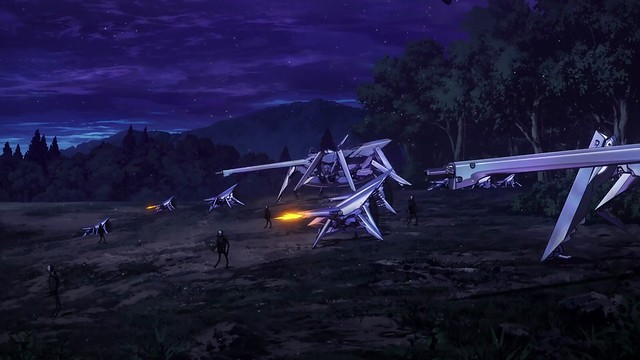 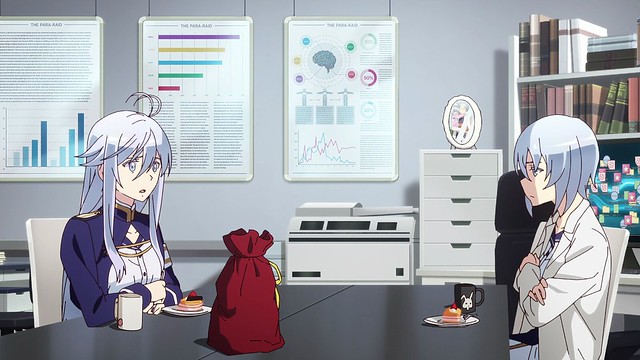 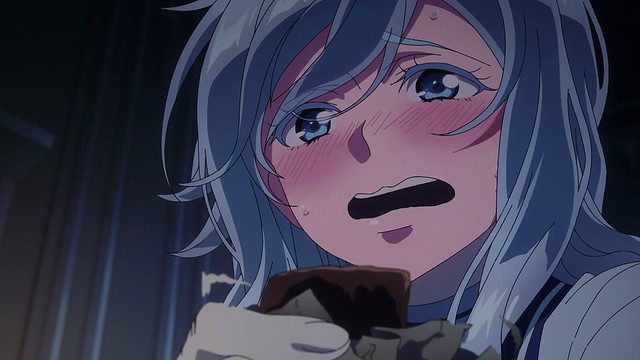 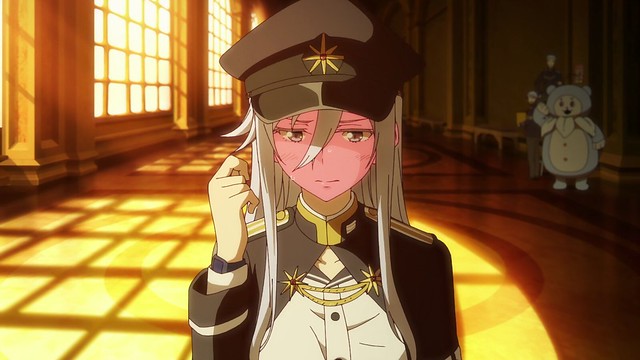 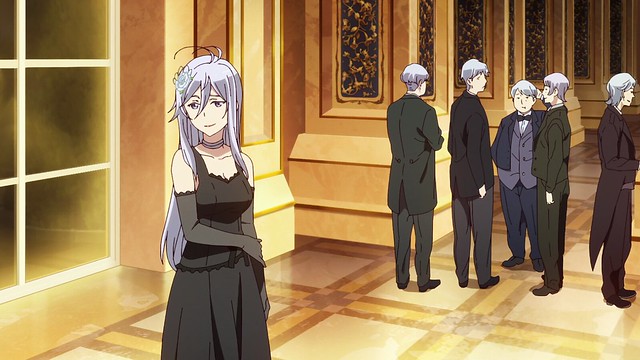 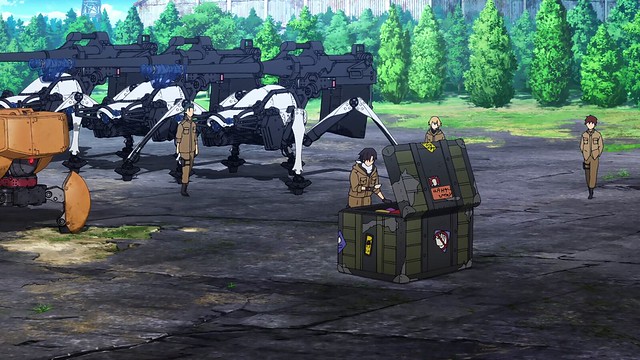 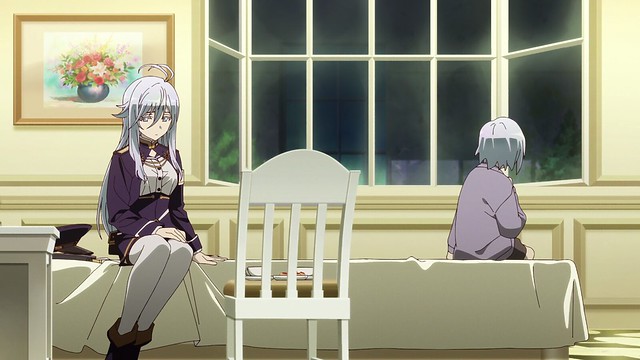 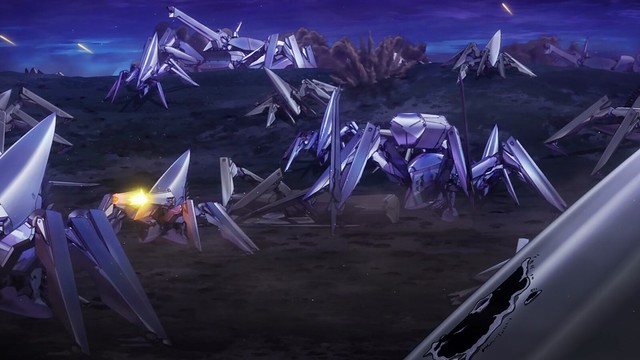 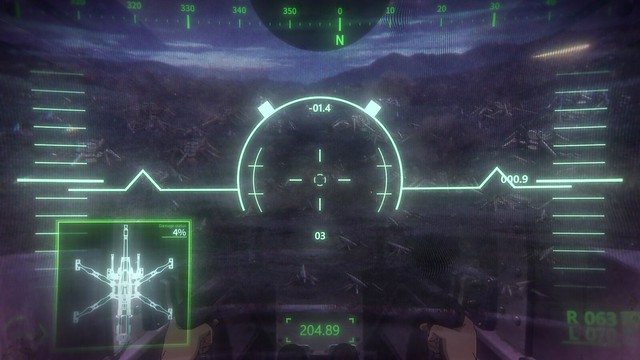 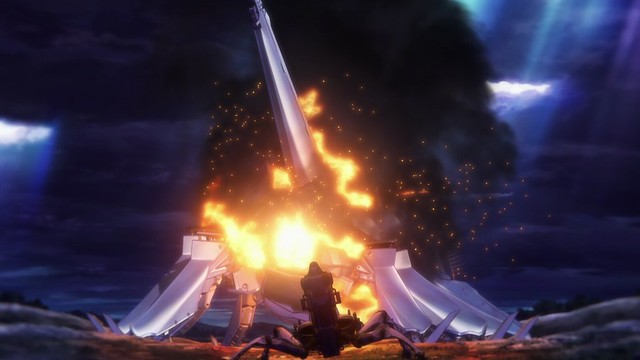 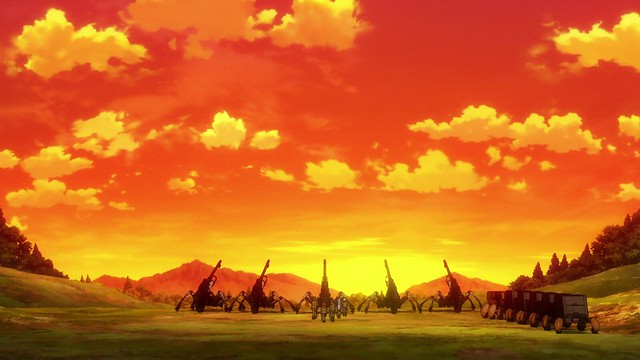 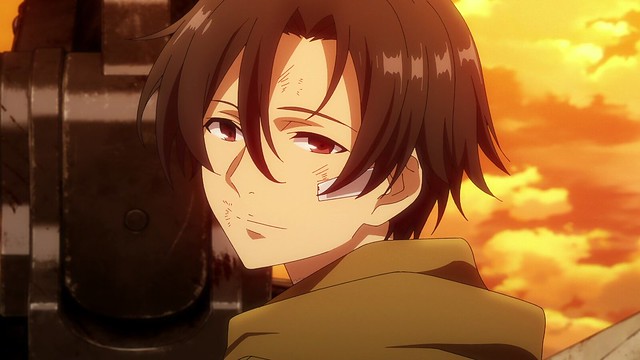 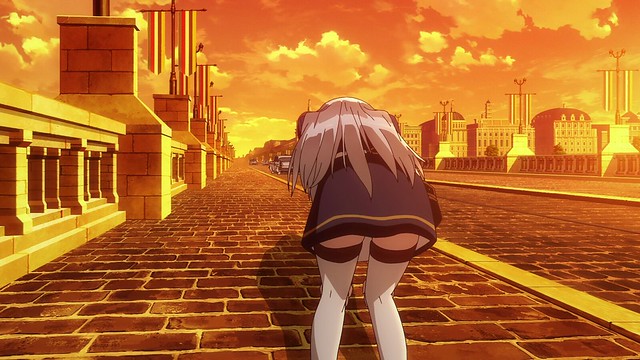 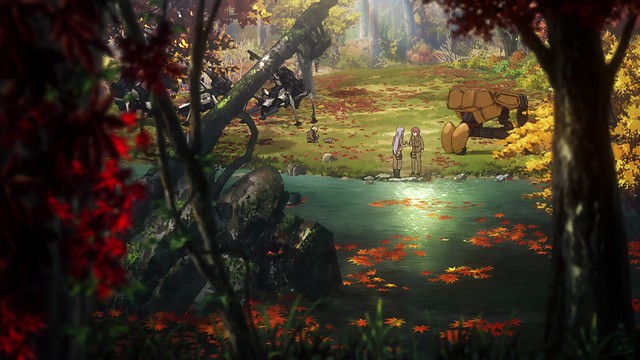 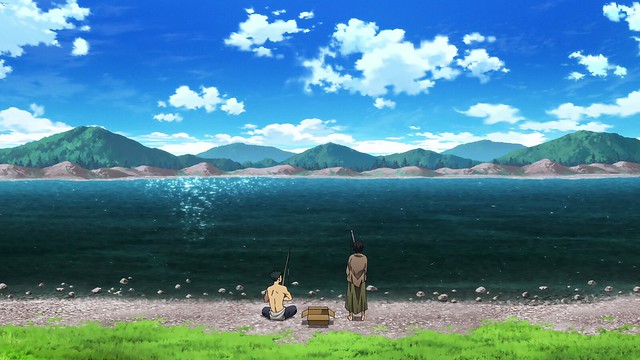 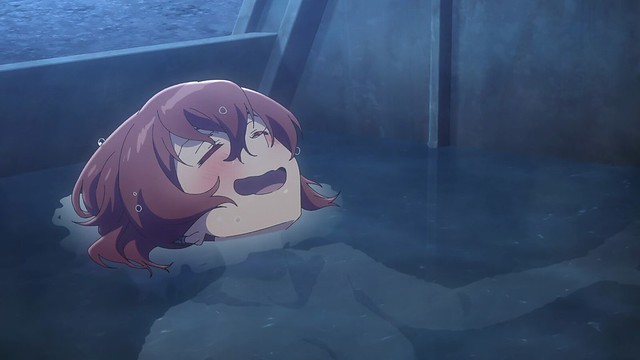 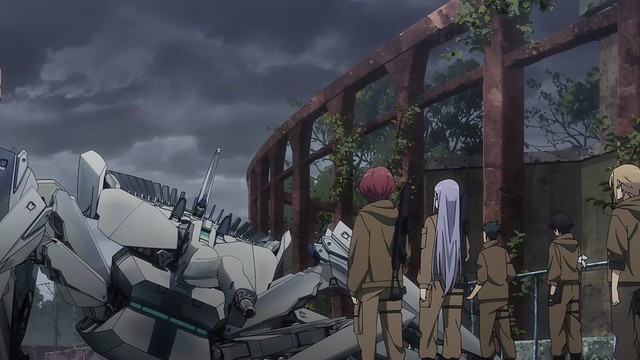 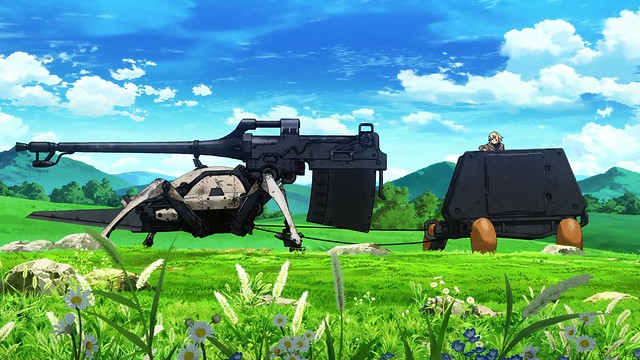 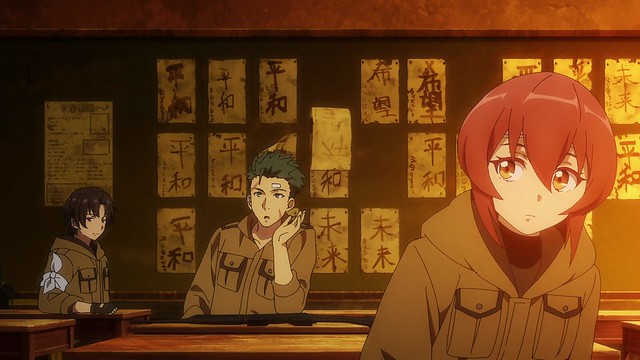 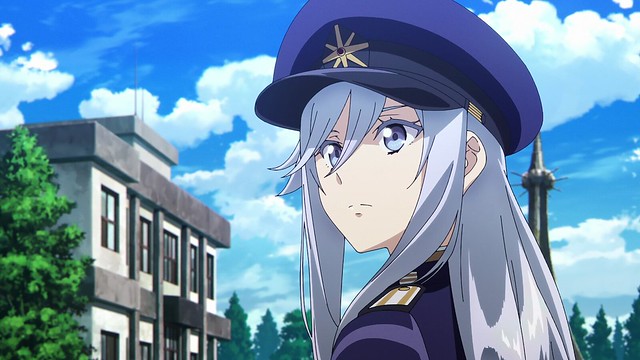 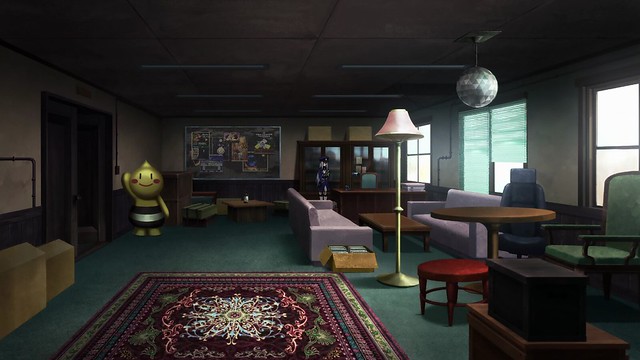 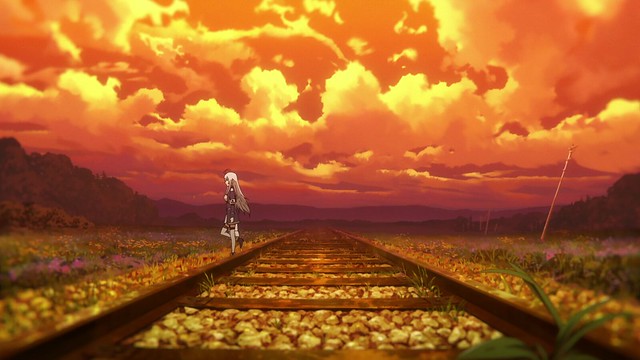 Beyond these aspects, 86 EIGHTY-SIX also touches on what working within a system that is resilient towards change is like through Vladilena, as well as how even in the face of a limited lifespan, people like Shinei can nonetheless find purpose in life and make the most of the time they have. The more human aspects of 86 EIGHTY-SIX, however, have felt more inconsistent. Vladilena’s connection to Spearhead is still being developed, and while she’s determined to know those whom she works with, she still has yet to actually meet anyone in person. However, knowing that there is a second season means that Vladilena’s story will have time to undergo further exploration. Conversely, Shinei’s desire to find closure with his brother, despite being portrayed as a pivotal moment for him, ended up being resolved on short order; folks looking for a bit more of an emotional connection to Shinei finally achieving what he’d set out to do felt shafted on account of how quickly it’d occurred. This naturally leaves the question of what lies ahead for Shinei: once Shourei’s Legion form is defeated, Shinei completely relaxes and even finds enjoyment in life. He appears content to watch the sun rise over the universe, but with the Legion still posing a substantial threat, it is difficult to imagine that Shinei would take this lying down, and as he continues to fight, I imagine that his course is set to converge with Vladilena’s come the second season. Because 86 EIGHTY-SIX is still in progress, it would be unfair to settle on a verdict at this point in time; I’ll determine whether or not the series meets expectations once everything is in the books, but insofar, I have enjoyed what I’ve seen so far; despite hiccoughs in the character development, the world-building in 86 EIGHTY-SIX has proven to be very compelling to the point where I’ve certainly looked forwards to the episodes each week this was airing.

3 responses to “86 EIGHTY-SIX: Review and Reflection At The Halfway Point”