The Tropical Fish Ran Away: The Aquatope on White Sand First Episode Impressions

“When you wake up every day, you have two choices. You can either be positive or negative; an optimist or a pessimist. I choose to be an optimist. It’s all a matter of perspective.” –Harvey Mackay

After suffering from a series of setbacks as an idol, Fūka Miyazawa runs away from Tokyo and decides to visit Okinawa, the southernmost island prefecture in Japan. She runs into a fortune teller, who suggests that she head south. Fūka ends up falling asleep on the beaches and the next day, very nearly succumbs to heat stroke from the hot tropical sun. While walking along the road, Fūka encounters Karin Kudaka; she’s an office lady working with the area’s tourism board to drive up travel. Karin suggests that Fūka head on over to the Gama Gama Aquarium. While looking at the different exhibits, she spots a Yaeyama blenny, which prefers to keep to itself but also feeds in algae and weeds to keep aquariums clean. Moved by the fish’s thankless efforts, Fūka begins to cry in earnest after remembering how hard she’d worked to make her dream of becoming an idol come true, and finds herself swept away by the aquarium’s water, eventually encountering a whale shark and schools of tropical fish in the ocean’s depths. When she comes to, she finds herself face-to-face with Kukuru Misakino, a high school girl who is Gama Gama’s deputy director and works countless shifts to keep their aquarium afloat. Kukuru is pleased to meet Fūka and mentions that the aquarium is hiring, but had considerable difficulty with applicants. Fūka decides to seize this opportunity, surprising Kukuru. This is The Aquatope on White Sand (Shiroi Suna no Aquatope), the latest addition to P.A. Works’ venerable catalogue. In this production, director Toshiya Shinohara, writer Yūko Kakihara and composer Yoshiaki Dewa make a return: these three had previously collaborated on 2018’s Iroduku: The World in Colours. 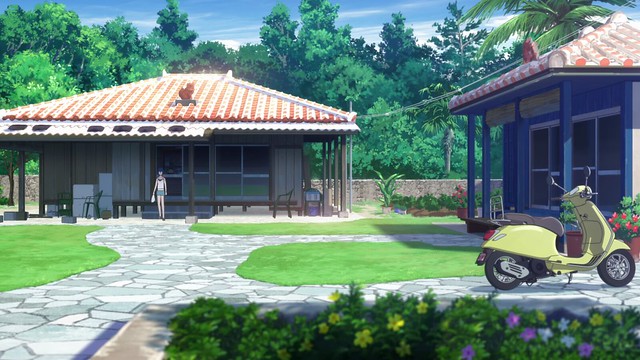 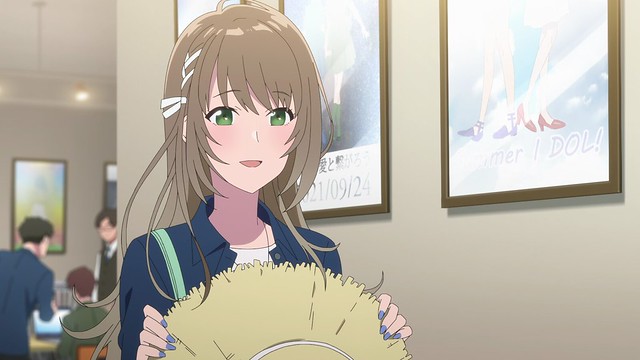 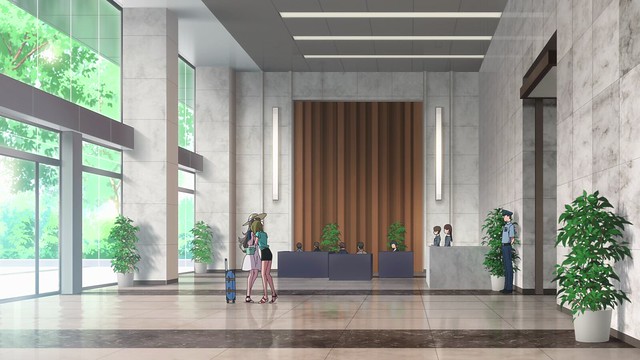 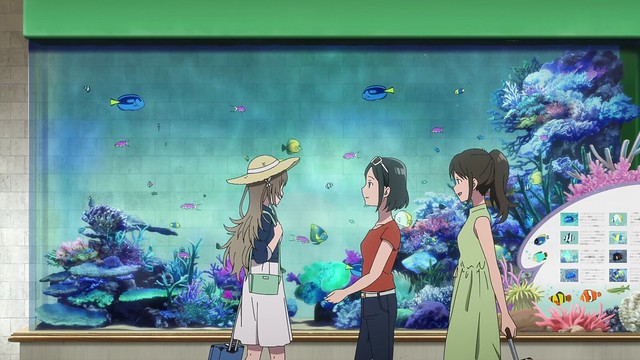 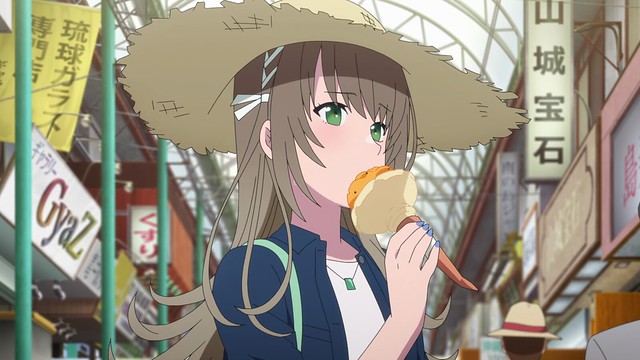 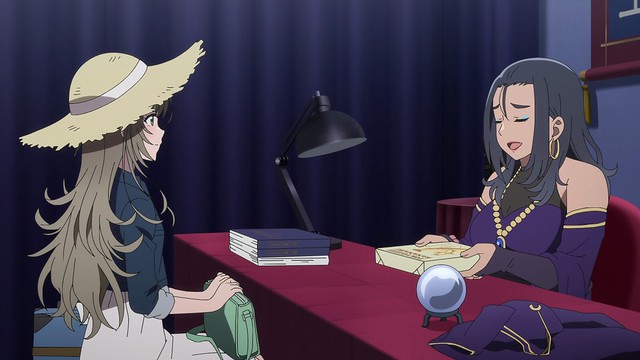 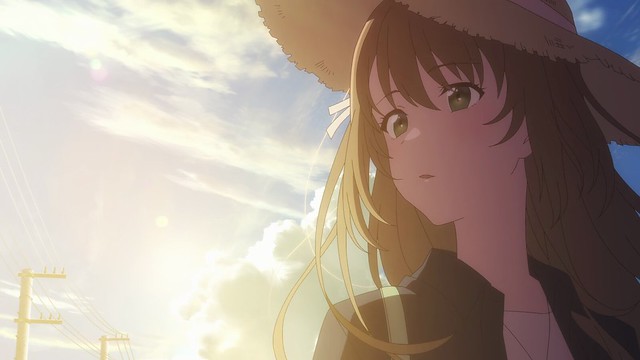 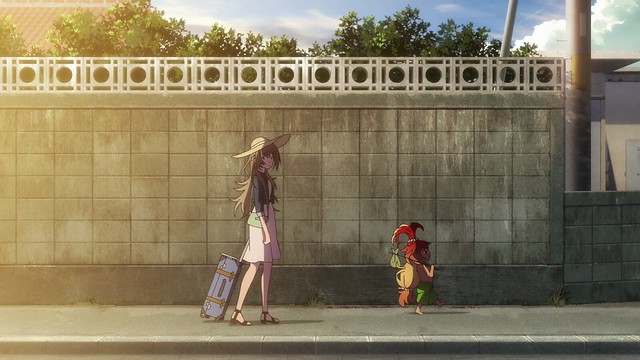 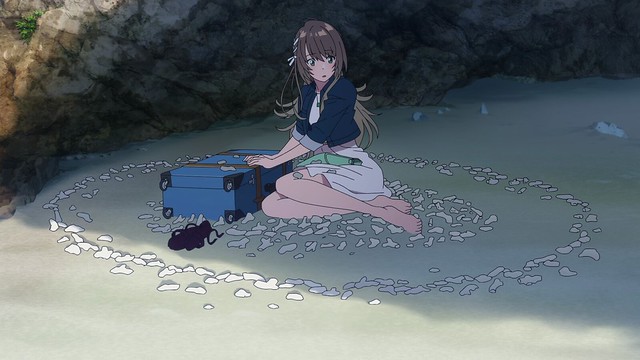 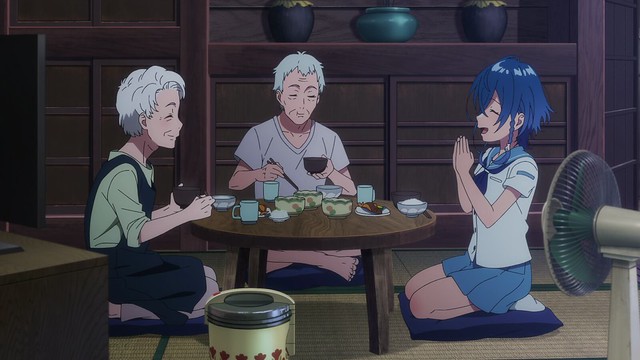 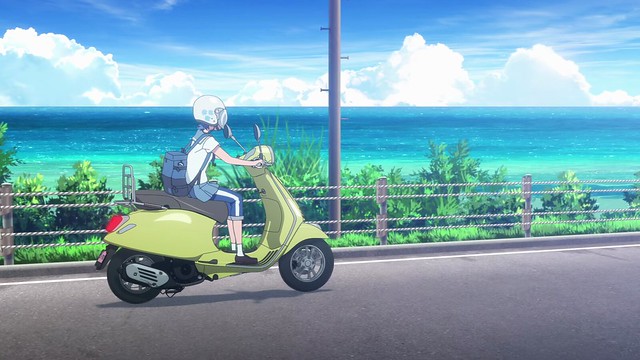 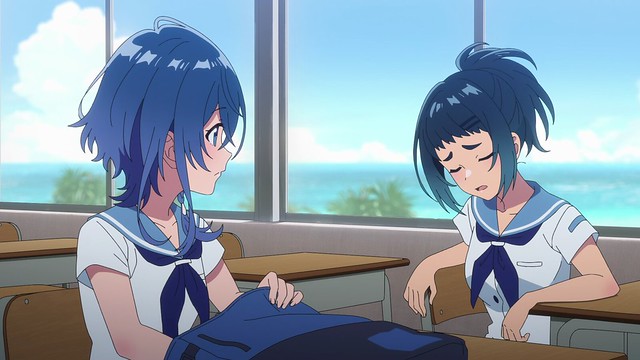 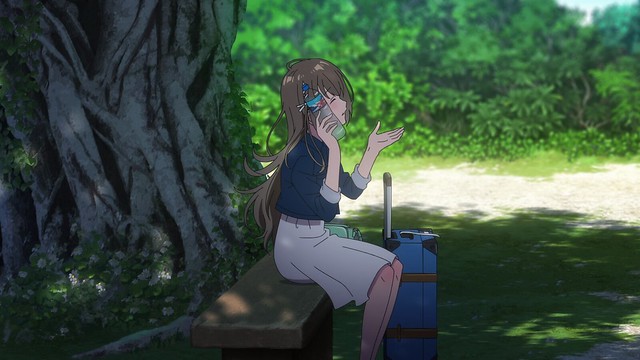 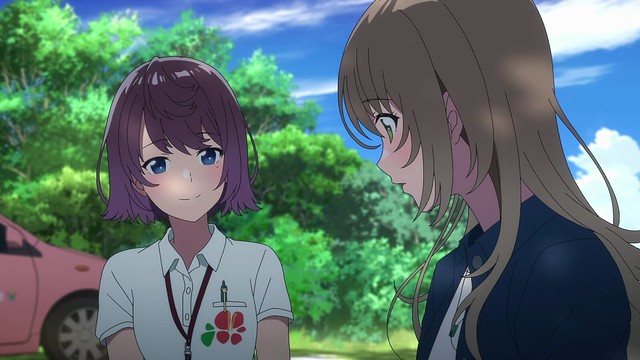 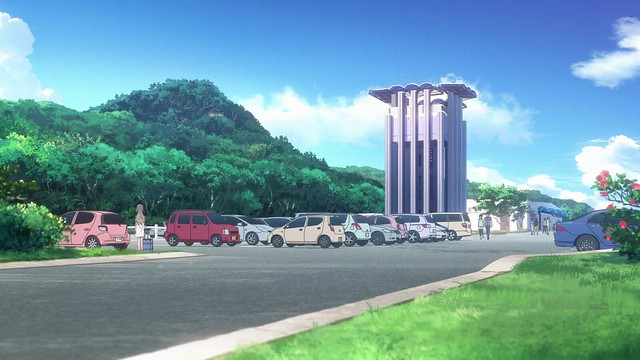 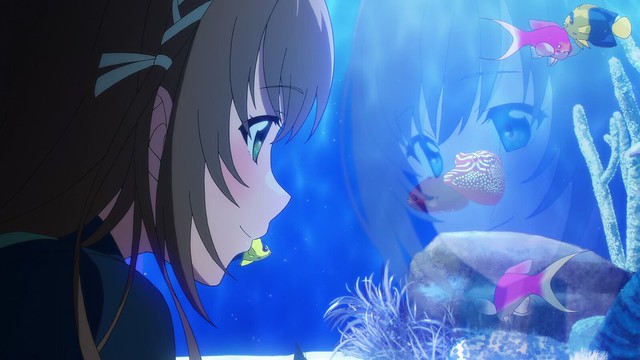 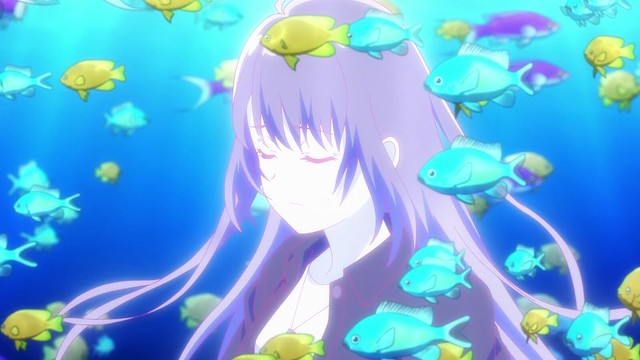 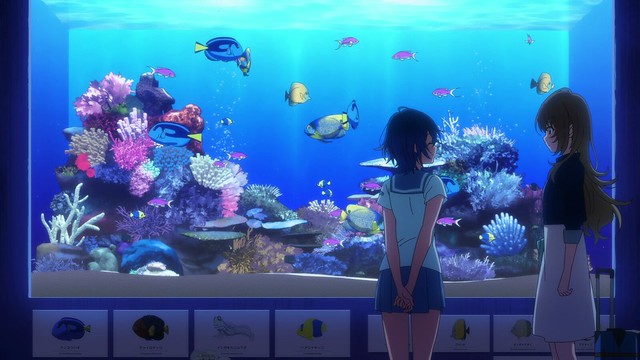 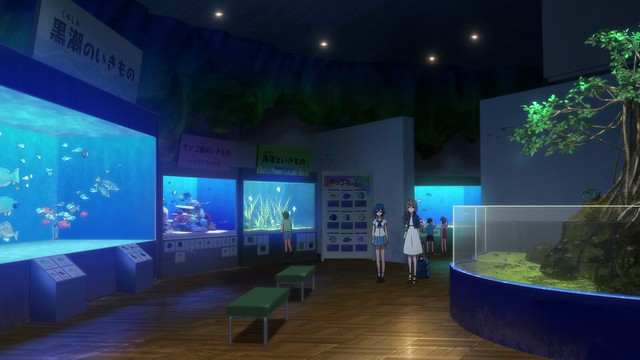 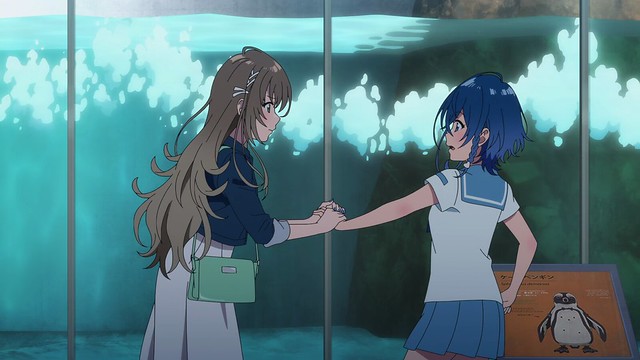 Immediately out of the gates, the aesthetics that Shinohara and Kakihara bring to the table are noticeable: The Aquatope on White Sand feels distinctly like The World in Colours, possessing a sense of gentle melancholy and subtle longing for something unknown. Fūka takes on the same role that Hitomi did – both had suffered setbacks in their lives and lost their direction. Similarly, Kukuru’s enthusiasm for aquatic life and her extensive knowledge of the local aquarium parallels Kohaku’s energy and proficiency with magic. Where these two different personalities meet, the end result is an inevitable journey of self-discovery. However, a retread of The World in Colours wouldn’t be particularly enthralling. Fortunately, The Aquatope on White Sand introduces one additional element into its story – Gama Gama Aquarium appears be undergoing challenges. Kukuru is working so many shifts there that it’s negatively impacting her studies, and her grandfather is always out and about speaking with people. Moreover, Kukuru’s remarks to Fūka suggest that the aquarium is having trouble finding new staff. This workplace component is reminiscent of Sakura Quest and Hanasaku Iroha, both of which involved newcomers making a fresh start at a workplace. While the job initially seems above what Yoshino and Ohana, their series’ respective protagonists, can handle, both mature into their roles and come to greatly enjoy what they do. The extended runtime in The Aquatope on White Sand thus suggests that this anime is going to be an amalgamation of The World in Colours and P.A. Works’ anime on the workplaces: this is a bold and ambitious melding of the two genres I’ve always felt P.A. Works to excel in. Consequently, between P.A. Work’s track record and the fact this first episode has been very strong, expectations for The Aquatope on White Sand are going to be correspondingly high.

9 responses to “The Tropical Fish Ran Away: The Aquatope on White Sand First Episode Impressions”