2 Comments Posted by infinitezenith on August 12, 2021

In the near future, a manned Mars lander enters the planet’s atmosphere and prepares for a historical achievement. However, as the lander approaches the surface, its camera array picks up something surprising: the profile of a young girl camped out on the surface, nonchalantly grilling meat. Mission control identifies this as Shimarin, and are shocked beyond words that mankind’s next giant step has been beaten out by the solar system’s greatest camper. At least, this is what Ena imagines Rin’s camping will take her; it turns out that as the night sets in on their latest camping trip, the Outdoor Activities Club and Rin are swapping stories about the sorts of adventures Rin might have once she gets her advance license. Once Hokkaido opens up to Rin, Nadeshiko suggests that Rin will be able to have all sorts of delicious food from Hokkaido, while Chiaki imagines Rin as being an aruki-henro rocking the Shikoku Pilgrimage on her trusty Vino 50. Meanwhile, Aoi supposes Rin would be able to push herself further during the winter to enjoy the warmth of various onsen. However, Rin feels that these adventures are a bit outlandish and unlikely to be within the realm of her usual travels This is the second of the Yuru Camp△ 2 OVAs accompanying the third and final Blu-Ray volume, being a gentle fireside conversation about camping that was probably set during the second night of Rin and the Outdoor Activities Club to the Izu Peninsula. Unlike the previous OVA, the second Yuru Camp△ 2 OVA is gentler in nature and lacks the mean-spirited cut of Nadeshiko camping at a work camp; a chat around the campfire about camping is the best way to wrap up what will be the last bit of Yuru Camp△ viewers see prior to 2022’s Yuru Camp△: The Movie.

The contents of Yuru Camp△ 2‘s OVAs both stem from the manga’s Heya Camp△ segments; this time around, elements were drawn from segment 33 in volume five, and segment 65 in volume eight. The adaptation of content from Heya Camp△ for OVAs demonstrates how much material there is within Yuru Camp△: unlike the regular manga’s story, which is grounded in reality, the Heya Camp△ segments are fanciful, imaginative and creative, presenting a more comedic and exaggerated side of camping that otherwise wouldn’t fit into the regular story. The end result is a fantastic means of allowing the series to poke fun at itself and also remind viewers that at the end of the day, Yuru Camp△ is about having fun. Further to this, the second and final OVA to Yuru Camp△ 2 also hints at what is upcoming for the series; by choosing to portray Rin in a variety of different camping trips quite unlike anything that we’d seen previously, the OVA is hinting at the fact that Yuru Camp△: The Movie will be doing something bigger and bolder than before. This isn’t too surprising, as anime films have typically taken concepts from their original run and then expanded it such that the scope matches what one expects from a silver screen feature presentation. Given that Yuru Camp△ has continued to expand the scale of Rin and the Outdoor Activities Club’s adventures, one can reasonably surmise that the camping trip within the movie will be both further away and features more people than anything the series had shown until now. This prospect is most exciting, and while it probably won’t see the girls reach Mars ahead of NASA or CNSA, I am rather curious to see what destinations and experiences await this group of friends. 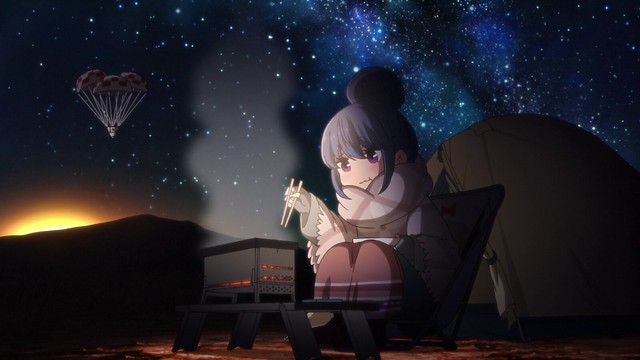 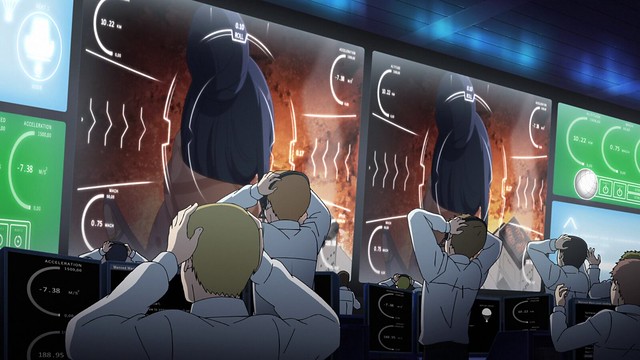 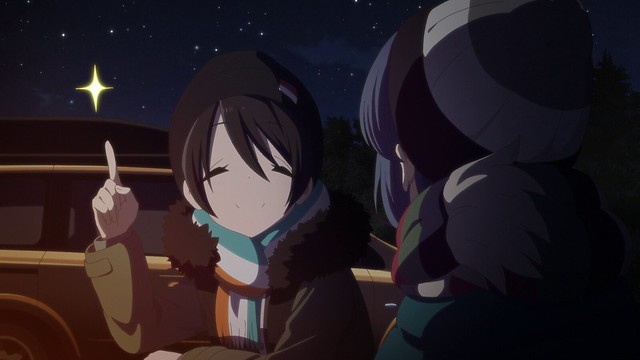 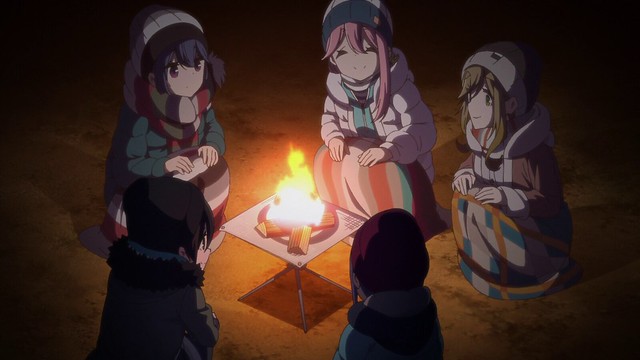 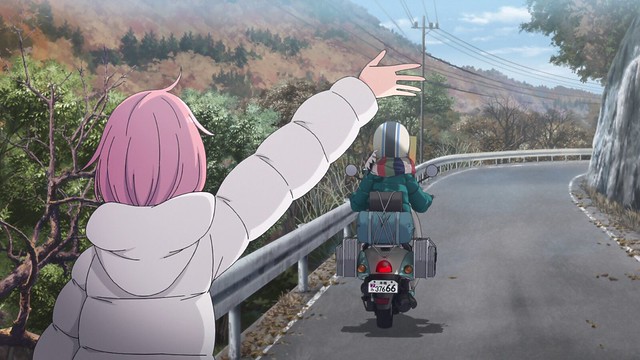 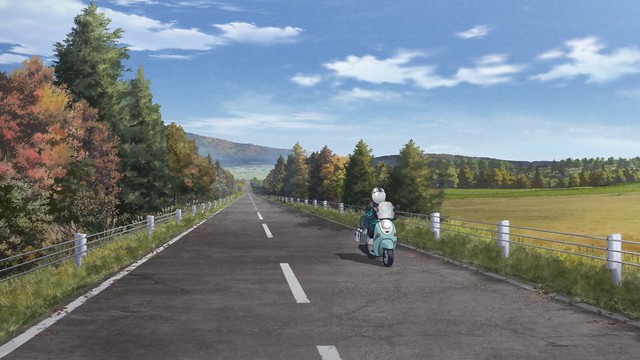 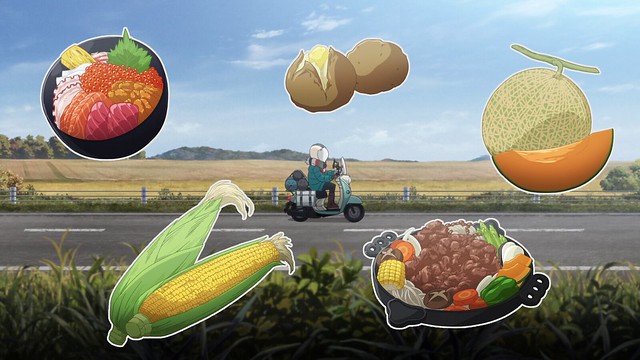 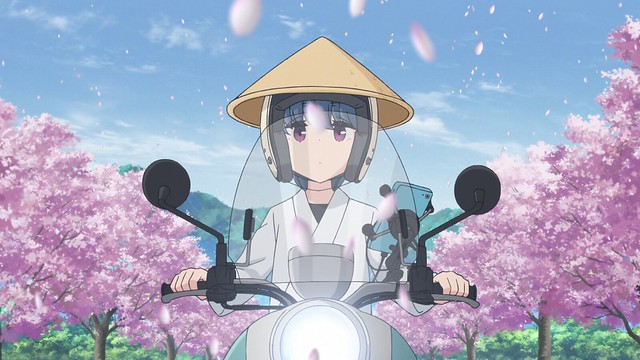 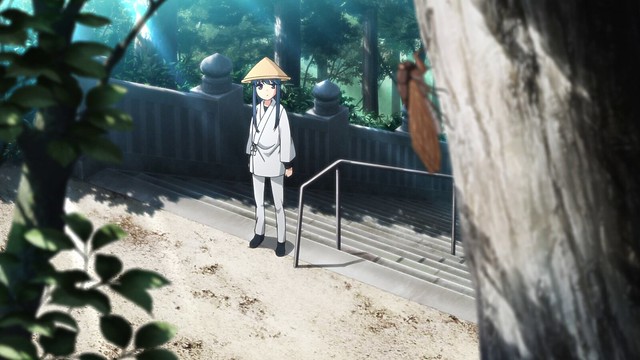 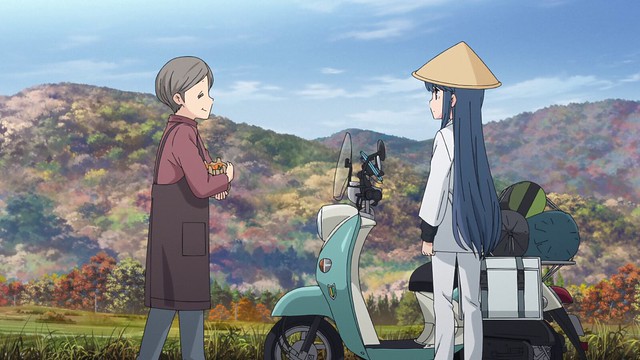 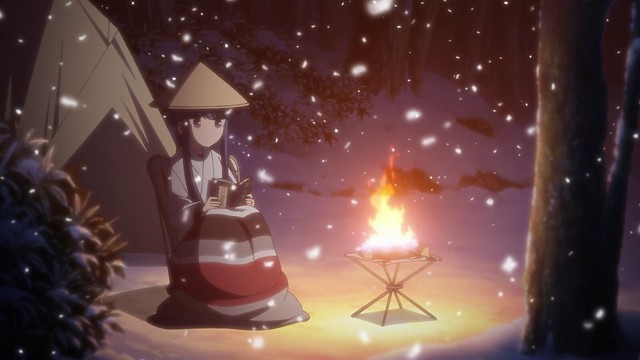 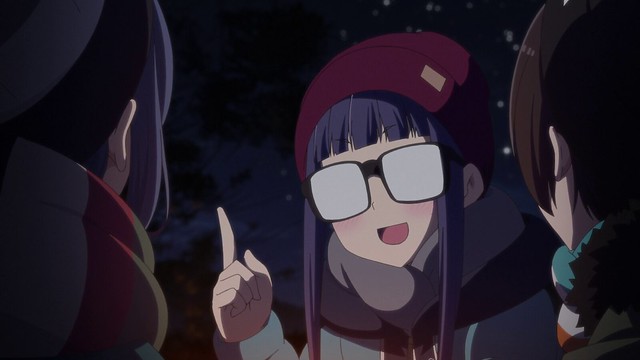 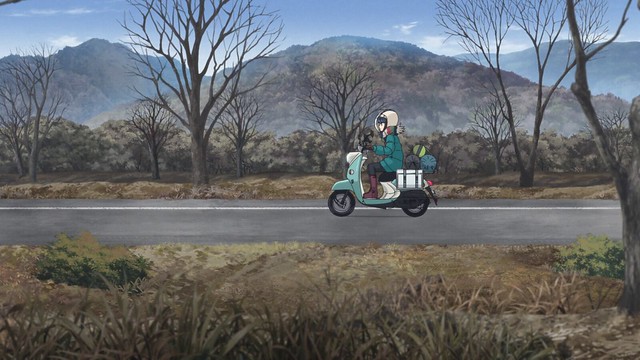 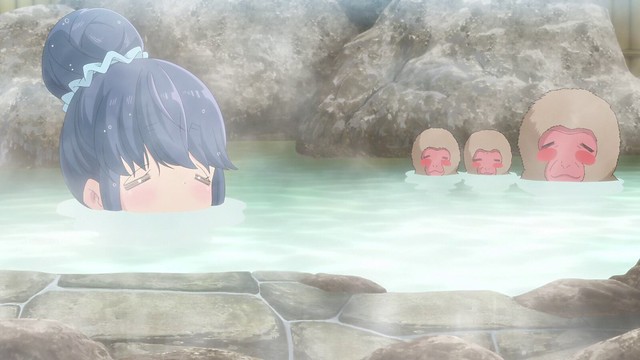 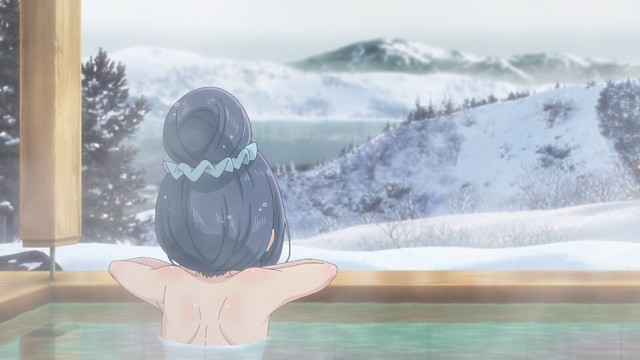 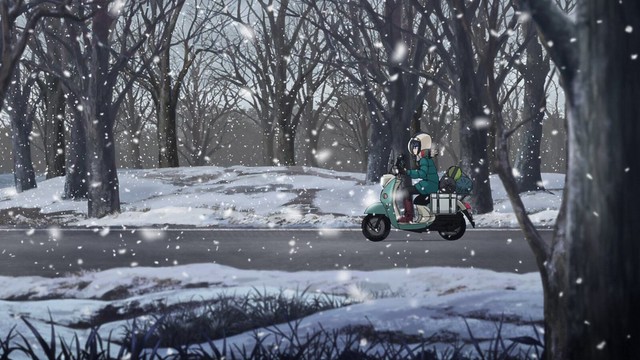 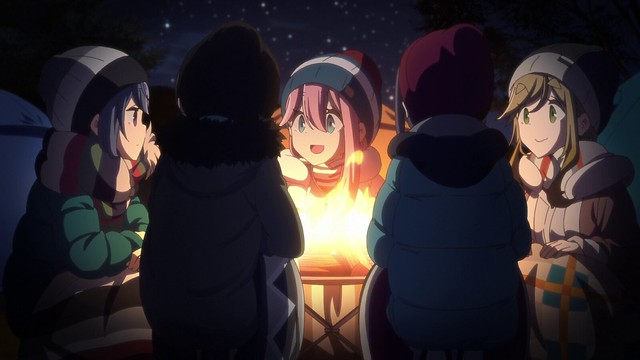 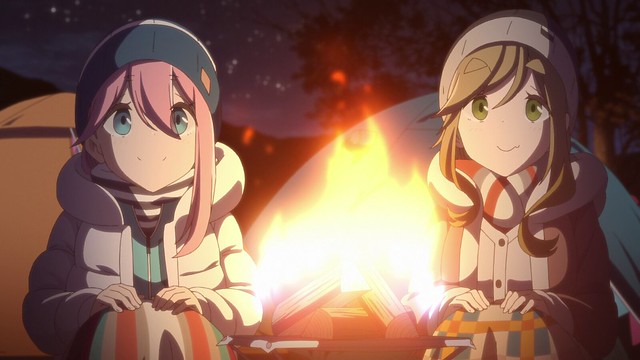 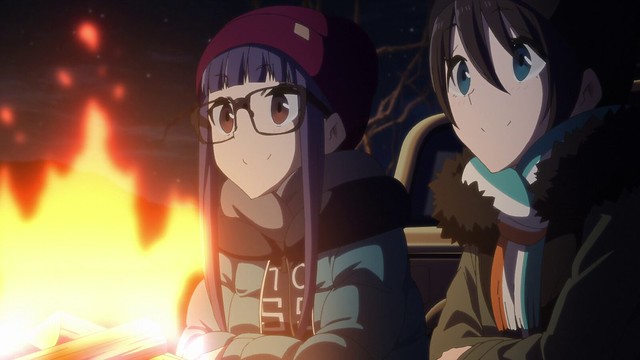 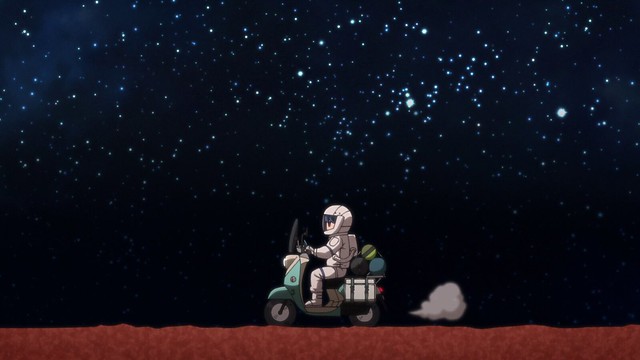 Besides the second Yuru Camp△ 2 OVA, I also recently picked up the official TV guidebook for the second season – the first TV guidebook had impressed with its thorough presentation of the behind-the-scenes in Yuru Camp△, featuring character design, concept art, cast interviews, location stills and never-seen-before artwork, as well as a summary of all the episodes and OVAs. The first season’s TV guidebook sold for 2500 Yen, and so, when I learnt that the second season’s TV guidebook would retail for 3000 Yen, the price increase suggested to me that this would feature more content: Yuru Camp△ 2 is bigger than its predecessor, after all. I therefore hastened to pre-order my copy – these guidebooks always offer phenomenal insight into series that online discussions alone do not provide, and while I made the choice of going with a slightly less expensive shipping option (which resulted in my copy taking a bit longer than usual to arrive), it becomes clear that the wait was well worth it. Yuru Camp△ 2‘s official TV guidebook is bigger and badder than its predecessor. With 160 pages over its predecessor’s 128, the second season’s guidebook showcases the new locations in hitherto unseen detail (in particular, having information about what went into the Izu Peninsula segment of Yuru Camp△ 2 was most illuminating). In addition, it also details the new equipment that Rin and the Outdoor Activities Club utilise. To my pleasant surprise, the guidebook’s increased price tag means that Heya Camp△ is also presented, and with it, the locations that Nadeshiko visits with Chiaki and Aoi on her stamp rally, along with Rin’s experiences while she’s rocking the Yamaha Tri-City bike. The guidebook acts as a tangible copy of Yuru Camp△ 2, allowing me to catch details that I missed during my initial watch of the series, and reading through it, I am thoroughly impressed with the level of effort that went into Yuru Camp△ 2. There is no doubting that C-Station will continue to put on an impressive showing for Yuru Camp△: The Movie – if Yuru Camp△ 2 was anything to go by, we viewers can reasonably expect to be blown away by the adventures that Rin and the Outdoor Activities Club share.