That First Foray Into Hope County: A Free Weekend of Far Cry 5

3 Comments Posted by infinitezenith on August 15, 2021

“The difference between involvement and commitment is like ham and eggs. The chicken is involved; the pig is committed.” –Martina Navratilova

When one is constrained by the fact that a game is available to try for one weekend, there is a natural inclination to get as much done as possible. Far Cry is, fortunately, one of those games where one can finish things on very short order; an unnamed rookie deputy accompanies Deputy Marshal Cameron Burke and Sheriff Earl Whitehorse on an assignment to arrest Joseph Seed, leader of the cult known as Eden’s Gate – Seed has gained power in Hope’s County and amassed a sizeable following who believe that a collapse of civilisation is at hand. However, Whitehorse is uncertain of the implications arresting Seed would bring and implores the deputy not to go through with the arrest. After reaching the church where Seed is preaching, the deputy decides not to follow through, and Whitehorse notes its for the better, since walking into the hornet’s nest could spell disaster and result in unnecessary death. While this is the course of action I would’ve gone for in reality, doing so would result in no game – Far Cry 5, like its predecessors, is a first person shooter, and the first thing about these games is to shoot stuff. Hence, I loaded a new save file, proceeded with the arrest and escape the homicidal cultists on a stolen vehicle. After falling into the river, my character is rescued and tasked with helping the resistance liberate Hope County. I thus took control of Fall’s End, giving the resistance a foothold, before heading over to hope Hope County Jail to seize control of it from Eden’s Gate. On the way, I gained several allies after retrieving their possessions, rolled back the fog of war over the southern regions of Hope County and even unlocked the MBP .50 Blood Dragon before the weekend ended. In the time I spent in Far Cry 5, I was absolutely blown away by the scenery – there is no denying that Hope County is a beautiful place. In fact, being set in Montana, Hope County resembles the southern foothills of my home province, being a combination of farm fields, evergreen forests, rolling hills, pristine lakes and distant mountains. The stunning scenery, however, conceals danger in the form of Eden’s Gate, who lurk around every corner and pose a threat to Hope County’s residents.

In its portrayal of Eden’s Gate, Far Cry 5 creates a much more gripping and terrifying foe than I’d seen in most of my other games. Right out of the gates, Joseph Seed is presented as a menacing figure whose calm demeanour and choice of words belie a psychopathic individual with megalomaniac tendencies. Upon walking into Seed’s compound for the first time, the fanatical cultists surrounding him create a tangible sense of dread – even Whitehorse hesitates to act against Seed. After the player escapes from the cultists following their failed attempt at arresting Seed, propaganda spread throughout Far Cry 5 perfectly captures how cults operate; their soothing words of salvation and redemption create a feeling of ease, but stand in stark contrast with their actions. With Far Cry 5, Ubisoft sought to explore religious fanaticism and extremist beliefs; Far Cry games previously depicted despotism and toppling of authoritarian regimes in far-flung countries, and while Far Cry 5 is no different, the choice of antagonists did create no small controversy. Indeed, the portrayal fanaticism is chillingly accurate, and I found myself surprised at how calming and reassuring Eden Gate’s words were despite knowing full well the game had intended for me to blast them with an arsenal worthy of the Doom Slayer. Cults are built around unreasonable devotion to a cause whose leaders justify horrific actions in the name of some higher power, and Far Cry 5 shows how difficult it is to take on a cult head-on, especially when they’ve amassed a certain amount of followers. However, once the initial shock of Eden’s Gate wears off, aside from the occasional bit of propaganda broadcast around Hope County and the terrifying hallucinations that Faith Seed appears in, Far Cry 5 is otherwise a run-of-the-mill Far Cry experience, albeit one that is set in a place reminiscent of my own backyard, a place where I’d rather be hiking and fishing in as opposed to blowing stuff up with cool guns. 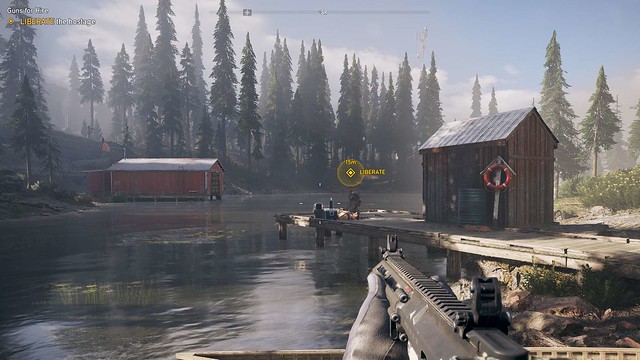 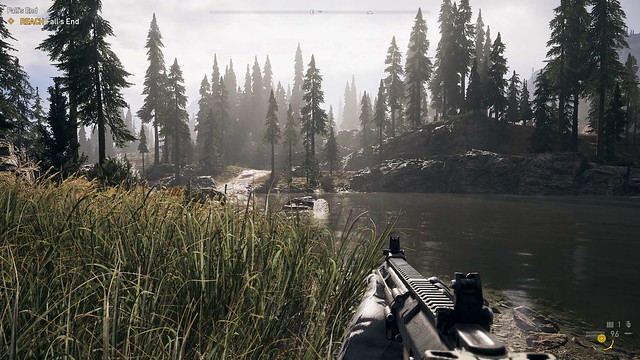 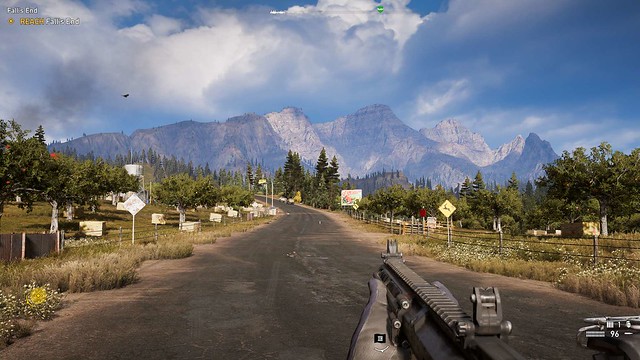 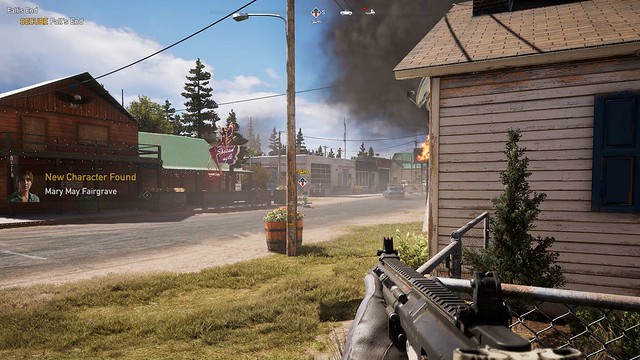 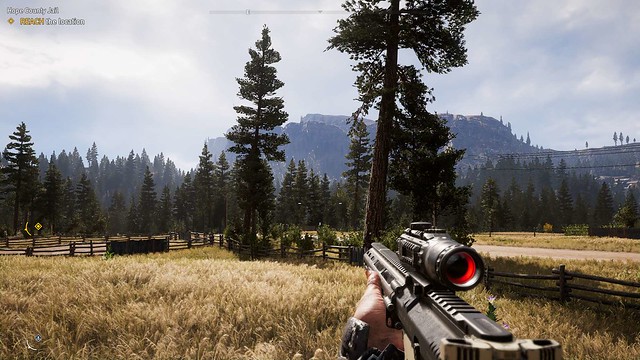 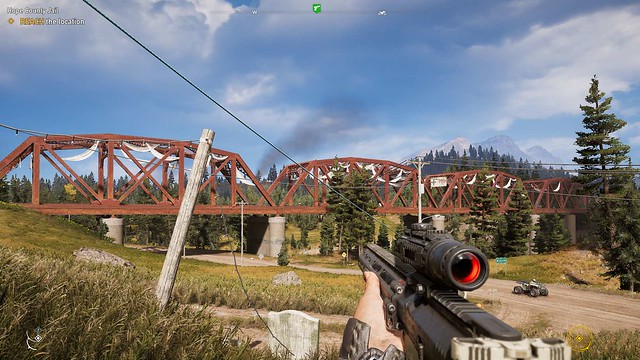 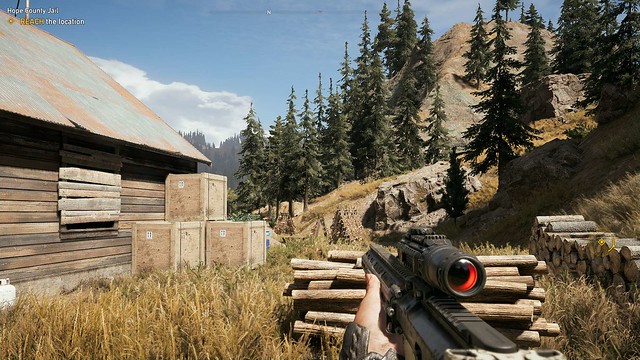 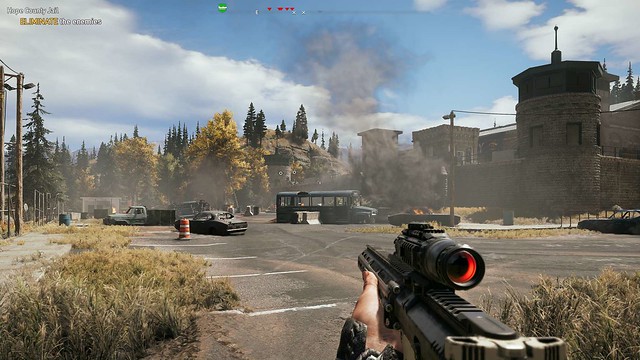 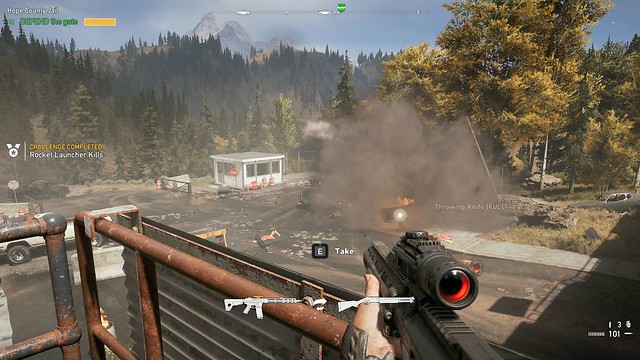 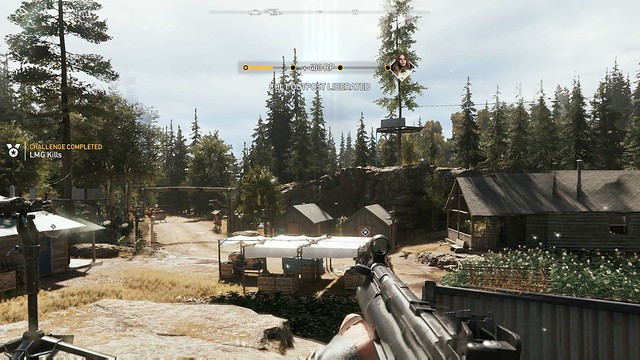 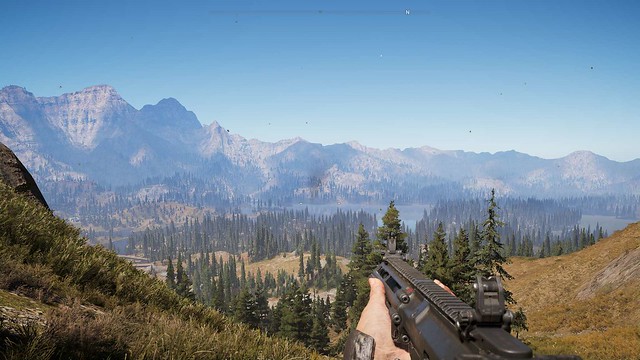 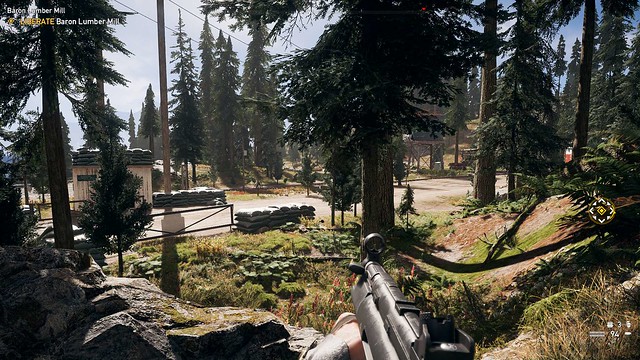 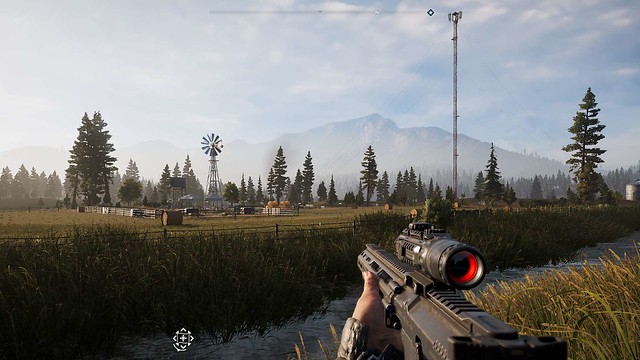 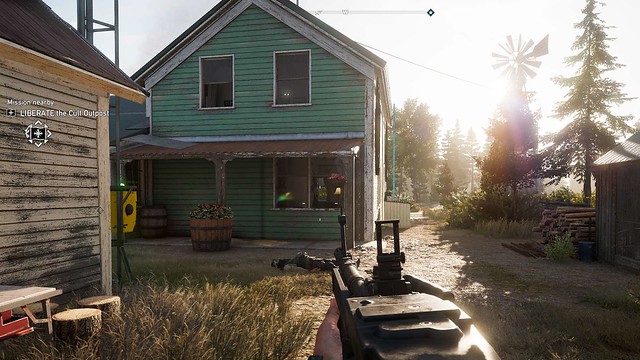 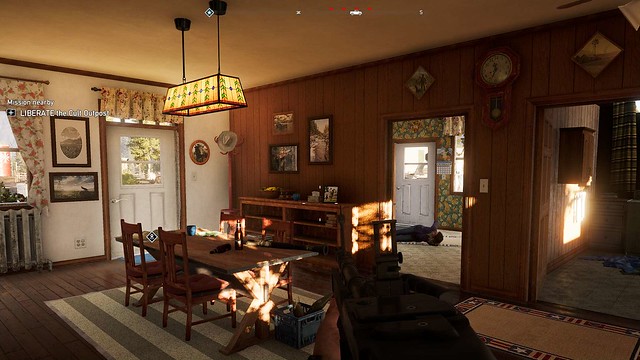 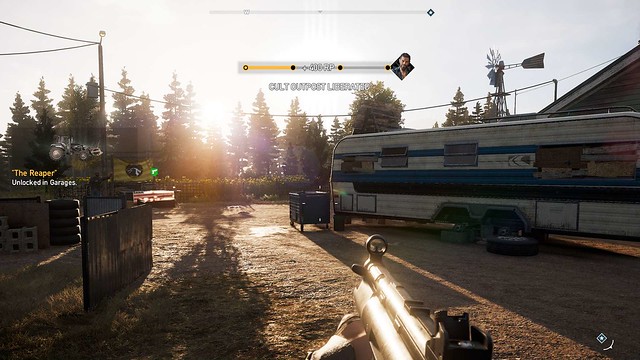 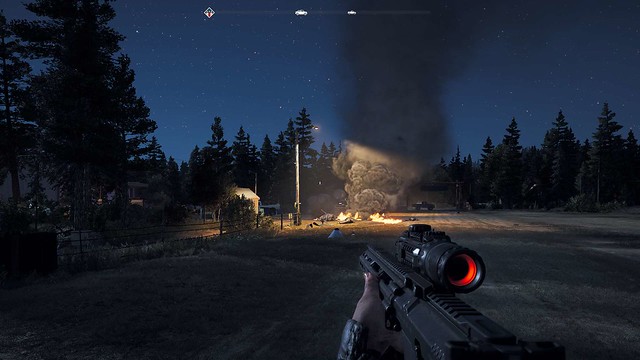 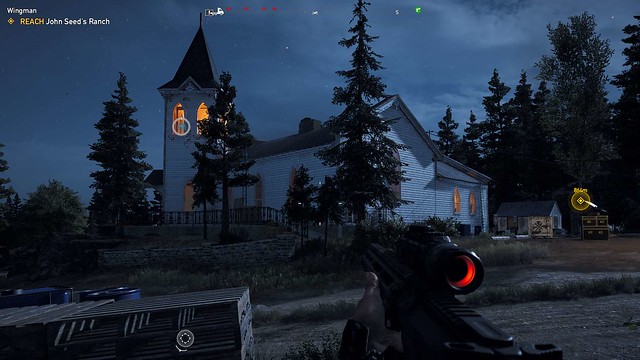 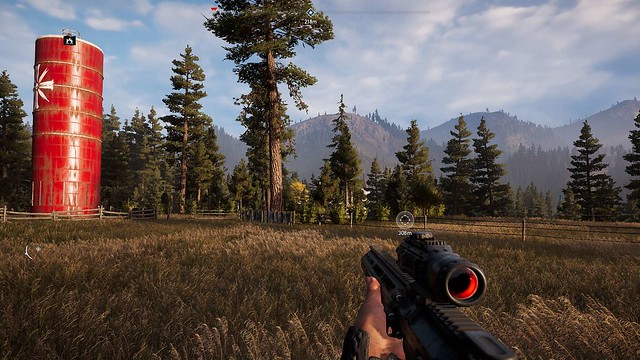 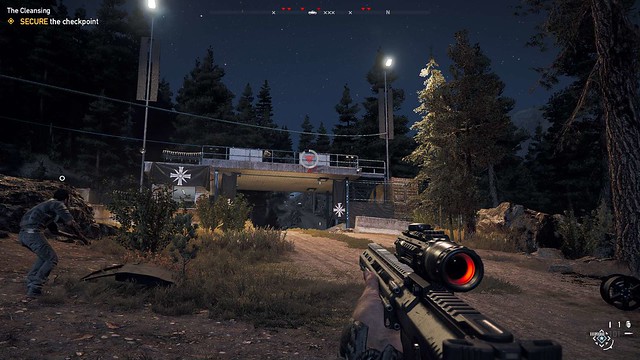 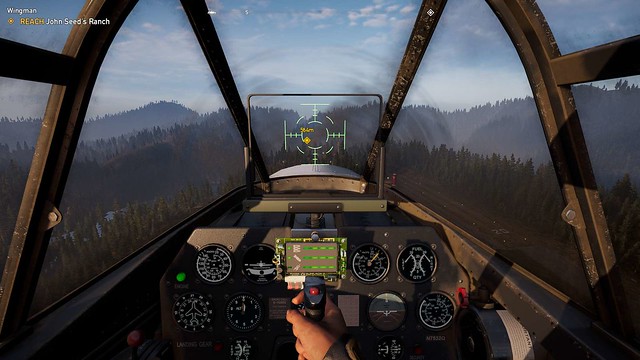 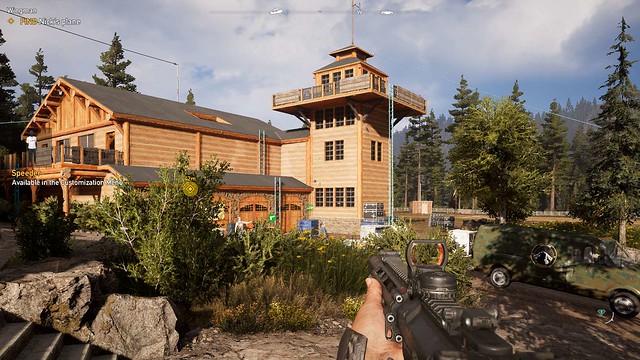 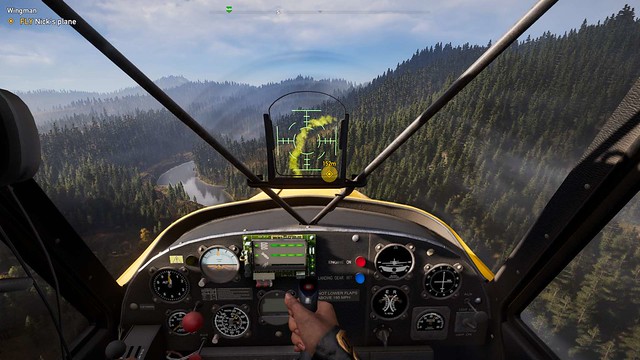 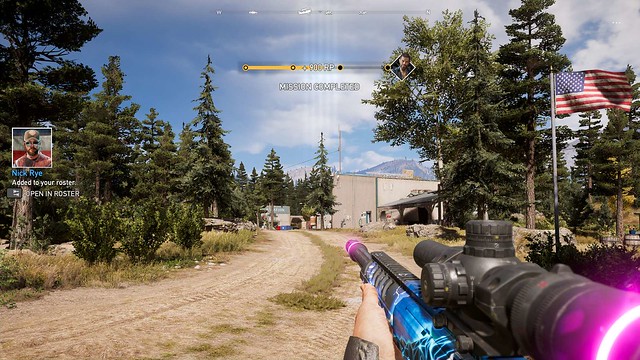 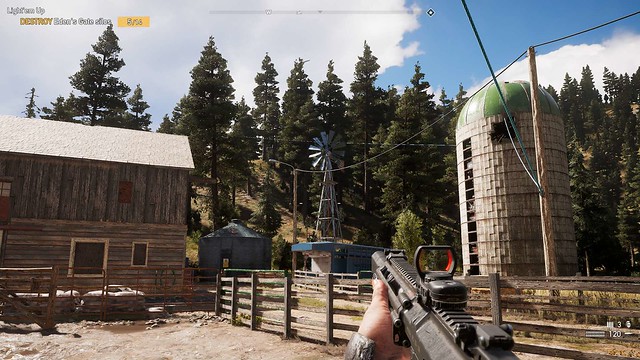 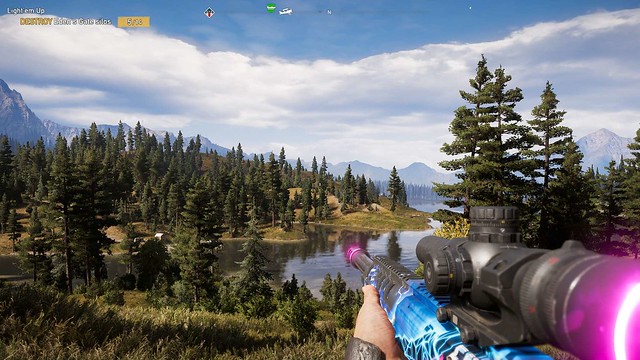 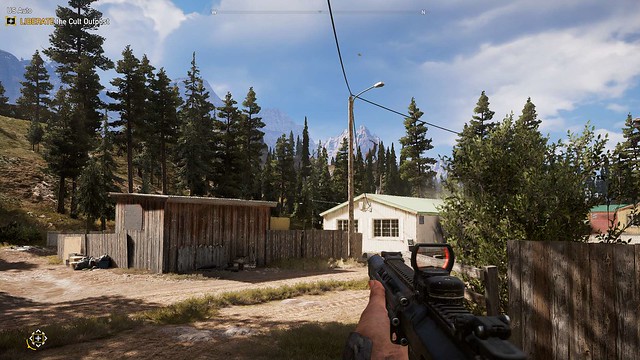 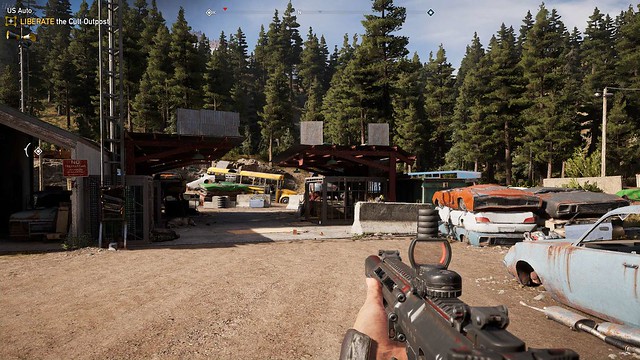 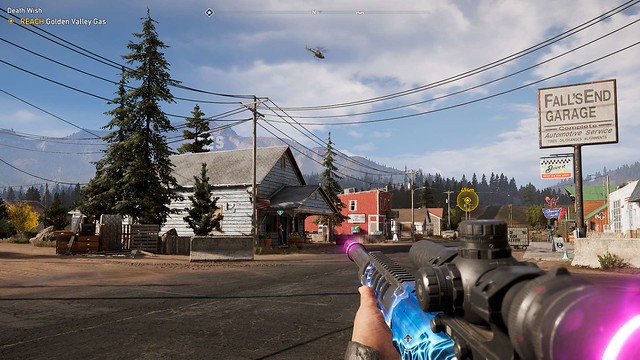 Altogether, while Far Cry 5‘s greatest strength is the setting, after the free weekend ended, I have concluded that Far Cry 5 is unlikely a game I will be picking up – the game is familiar and inviting, offering incremental improvements over its predecessor, Far Cry 4, but otherwise remains very similar in terms of mechanics, requiring that players destroy and capture assets that Eden’s Gate have taken ahold of to eventually force leaders of a region into the open for a confrontation. This means there’s no learning curve, and I could get back into things very easily. While doubtlessly an enjoyable experience that demands forward thinking and adaptiveness, the open world design of Far Cry 5 also means that I will need a considerable amount of time to make headway into liberating Hope County. A glance at what’s available in Far Cry 5 indicates that there’s quite a bit to do. Besides missions, I could go perfect my flying, spend time fishing or hunting, and even train a pet to accompany me on my assignments. Far Cry 5 was evidently designed to provide staying power, and moreover, the game offers expansion materials that sends players to Vietnam and Mars; as enjoyable as this sounds, there aren’t enough hours in the day for me to really enjoy games that have this level of possibility. Far Cry 4 had taken me a while to beat for this reason, and while it proved an enjoyable experience, it also took me eleven months to finish. I might’ve had that sort of time on my hands four years earlier, but these days, things are a bit different; Far Cry is a series that does require a bit of a time investment to fully enjoy, and so for the present, I do not plan on advancing further into Far Cry 5. Having said this, Far Cry 5 has proven to be a solid experience, and I am curious to see how Far Cry 6 turns out – the E3 trailer suggests Far Cry 6 is even bigger and bolder than its predecessor, returning to the tropical world that defined earlier Far Cry titles and introducing more custom options. Cautious optimism characterises my response to Far Cry 6: the E3 trailer was impressive, but my aging rig might not be able to handle the game, and Far Cry 6 releases in the same timeframe as Battlefield: 2042 and Halo: Infinite, so for the present, I am going to wait before making any decision. In the meantime, should I feel the inclination to return to rural Montana, I have the comfort of knowing that all of my progress in Far Cry 5 is saved, so I’ll be able to resume my journey precisely where I’d left off.

3 responses to “That First Foray Into Hope County: A Free Weekend of Far Cry 5”