DOOM Eternal: Besting the Gladiator, Acquiring the Crucible and Road Through Hell at the ¾ Mark

“What you interfere with now is bigger than you can imagine. It is written, it is their time to give penance – if you continue, you will bring down the heaven’s wrath. You are but one man – they are no longer your people to save!” – Novik

The portal at the heart of Mars leads the Doom Slayer to Sentinel Prime and recalls when he was brought before the Sentinels, who were impressed with his singular desire to slay all dæmons. The Doom Slayer makes his way through the city and encounters Deag Grav, who dares him to spill blood here in this holy city. He unleashes the Gladiator on the Doom Slayer, who is unfazed and promptly kills it, before turning his super shotgun on Deag Grav. The Sentinel Guards prepare to expunge the Doom Slayer for having violated law, but he escapes via portal and heads for Taras Nabad, capital of Argent D’Nur, in search of the Crucible, a powerful blade powered by Hell energy. The Doom Slayer had previously slew the Titan known as the Dreadnought here, and after reaching the Crucible, snaps off the handle, leaving the blade embedded in the vanquished Titan. Armed with a weapon capable of killing Titans, the Doom Slayer travels to the City of the Damned, Nekravol, in pursuit of the Khan Maykr, who has fled to Urdak. Travelling through a vast spire, the Doom Slayer passes through the Citadel, where human victims are tortured endlessly, and their souls are harvested as Argent Energy. As the Doom Slayer ascends through the tower, he slaughters entire legions of dæmons, eventually reaching the Argent Stream that will lead him to Urdak. Three quarters of the way into DOOM Eternal, I’ve confronted yet another boss in the Gladiator, a massive foe armed with a heavy shield and a heavy mace. This fight is broken up into two segments; the first is to wait for the Gladiator to open itself to attack when it lunges, and after its shield is destroyed, the Gladiator will bring out a second mace. Even with its incredible power, the Gladiator proves no match for the Doom Slayer, who exhausts it enough to seize one of its maces and pulverise its head, permanently killing it. By this point in time, I’ve also acquired the last of the game’s most powerful weapons, the Crucible and the Unmaykr – the former is a one-hit kill sword capable of obliterating almost anything in the game with a single stroke, and the latter is an automatic energy weapon that shares its ammunition pool with the BFG’s, being best used against powerful individual foes. With the full arsenal available, and the last Hell Priest eliminated, it’s time to take the fight to the Khan Maykr now.

DOOM Eternal‘s lore is unexpectedly deep, and at this point in the game, it is evident that there is an entire universe that has developed around the Doom Slayer’s endless thirst for dæmon blood. While DOOM was originally intended as little more than a pulse-pounding shooter, the stories that have arisen from DOOM are nothing short of impressive, creating a narrative that ties everything together and gives the player’s experience more weight than if DOOM Eternal had purely been about massacring dæmons whole-sale. The lore is immensely complex, creating a timeless story where experiments with Argent energy have warped entire civilisations, and where the Doom Slayer, formerly human, became a being of titanic power. It is clear that while as the Doom Slayer, players have no more obligation than to slaughter everything that moves, there is a world in which things are set in, and the players’ actions have a tangible impact on this world. Ancient conflicts and feuds result from the familiar quest to control and wield power, so the Doom Slayer’s actions wind up being for a purpose beyond just violence – to be able to participate in a war of this scale and make a notable difference gives players a reason to continue following the Doom Slayer’s story, and while the Doom Slayer himself is silence, undergoing what appears to be no character development, lore entries acquired throughout the game speak on the Doom Slayer’s behalf, showing how actions are speak far louder than words can. The sum of the stories in DOOM Eternal thus serve to show players that while words on their own are powerful, there is no equivalent for action – what people do matters more than what people say they’ll do, and this is one of the most important metrics of gauging someone’s trustworthiness. Similarly, because actions have tangible consequences, their impact and worth become more significant; the right action in the right time and place can unequivocally set in motion events that affect positive change or wreak destruction. As such, because the lore lines up with what players see the Doom Slayer as being capable of, it becomes clear that those with a notable number of achievements to their name are those who are likely to be remembered, whereas those who speak loudly and fail to act are quickly forgotten. 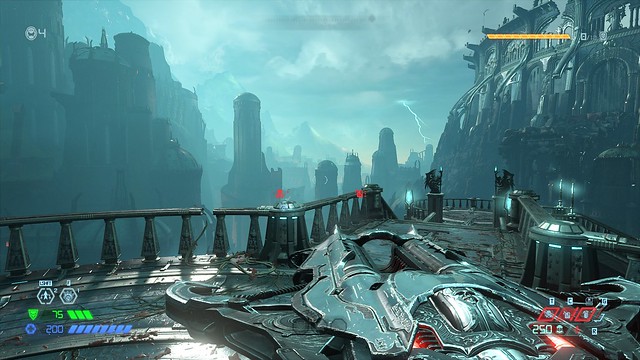 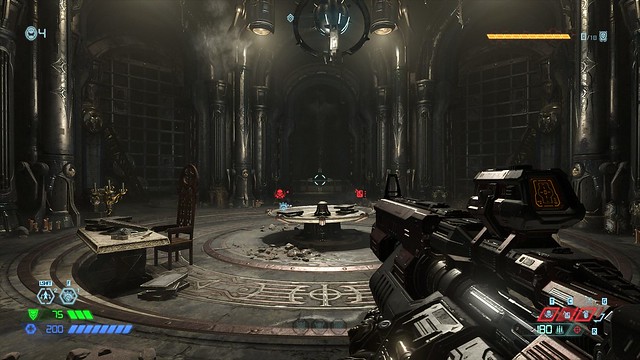 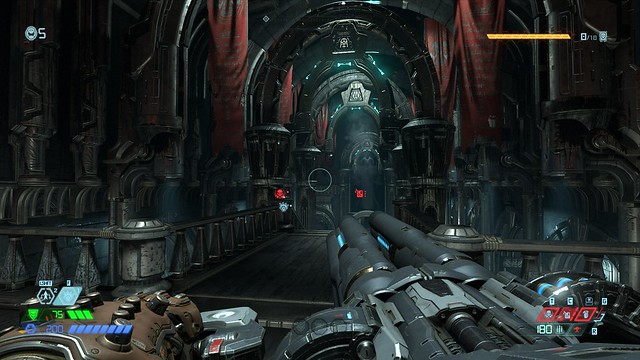 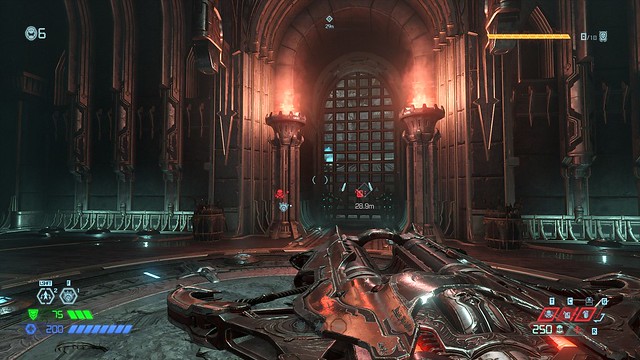 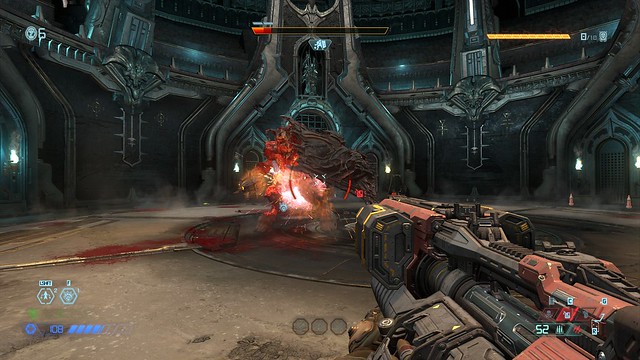 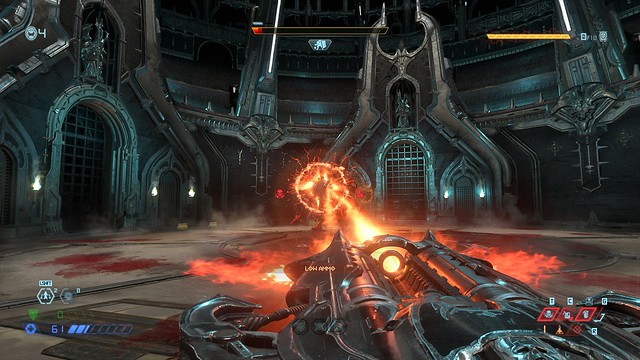 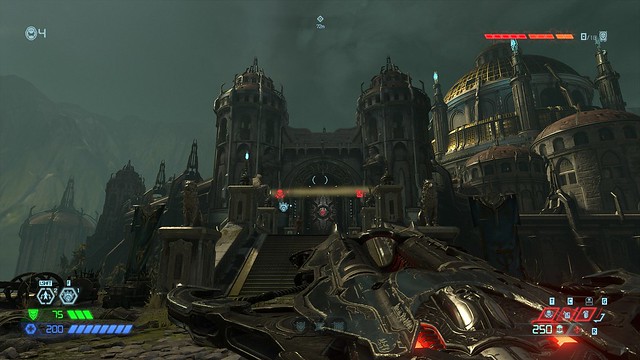 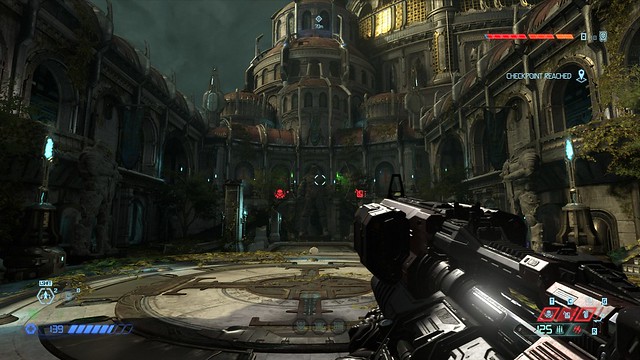 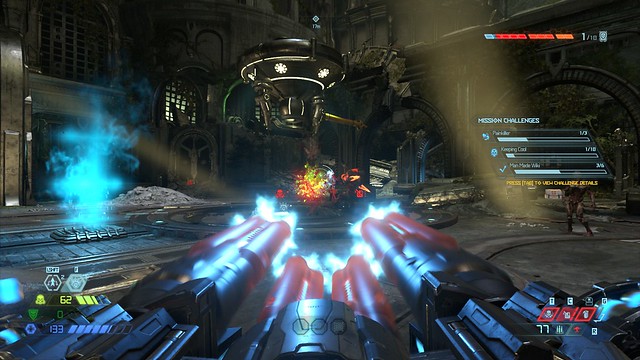 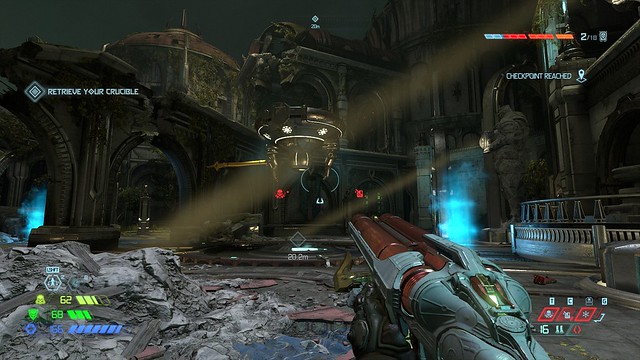 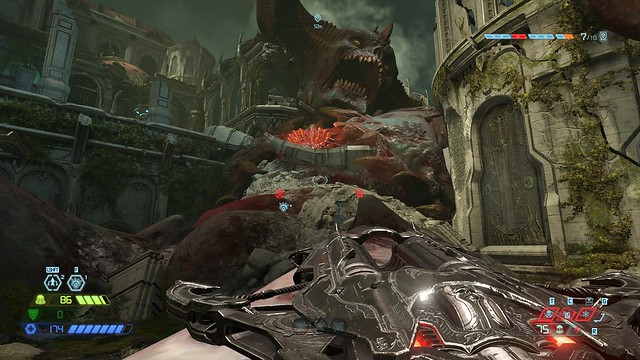 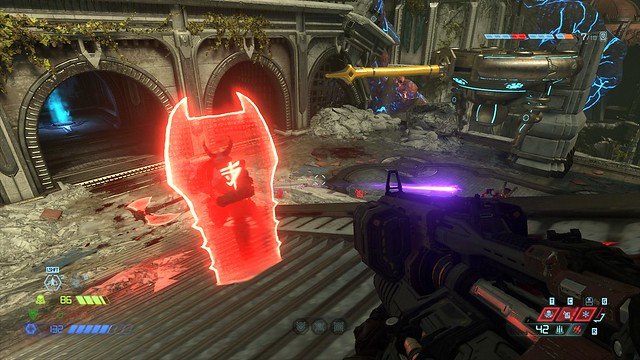 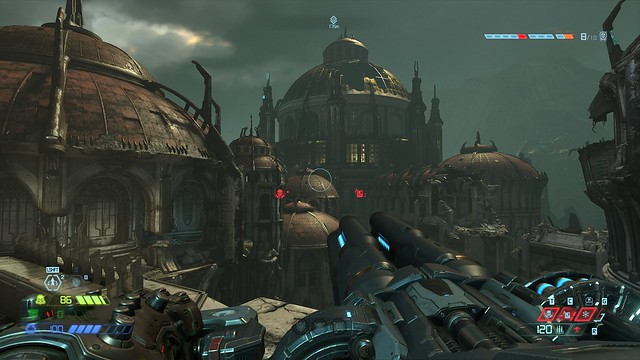 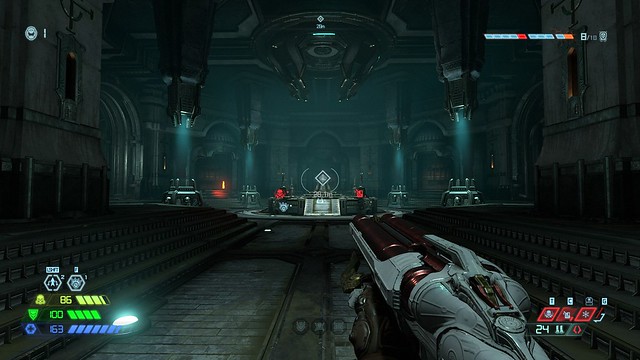 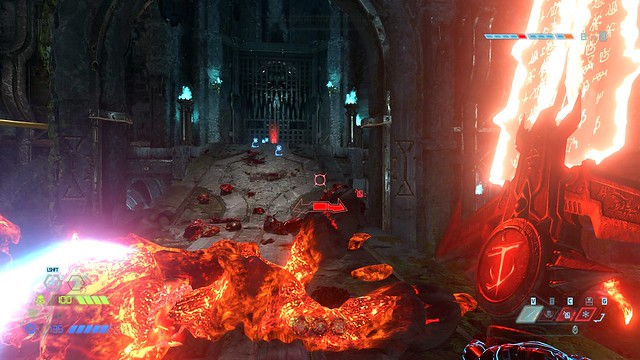 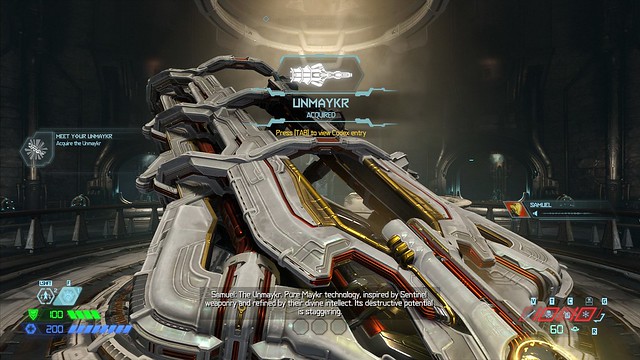 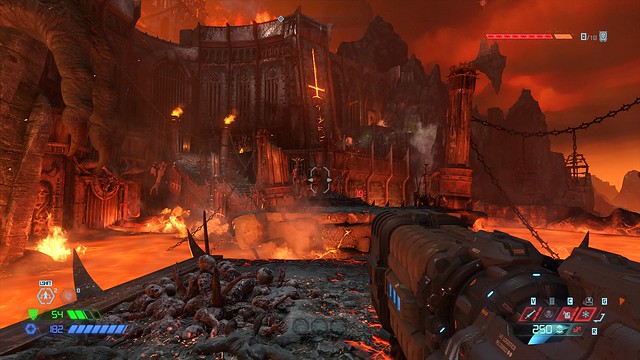 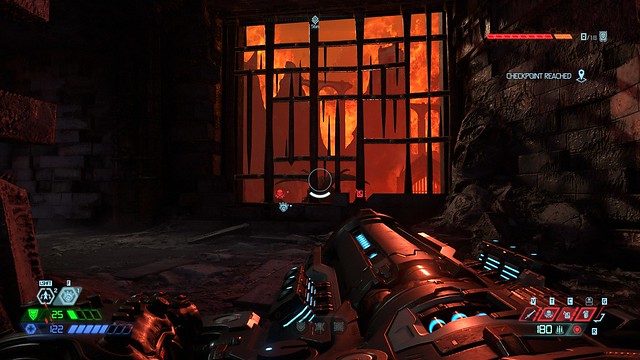 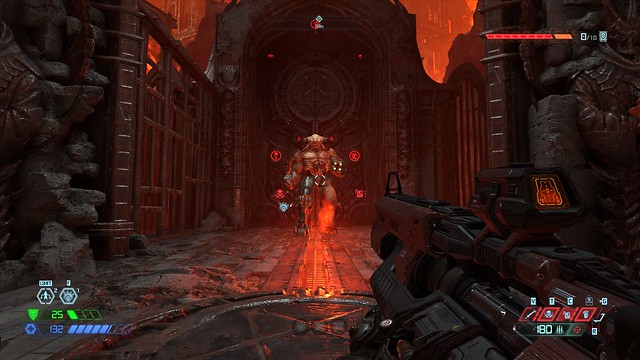 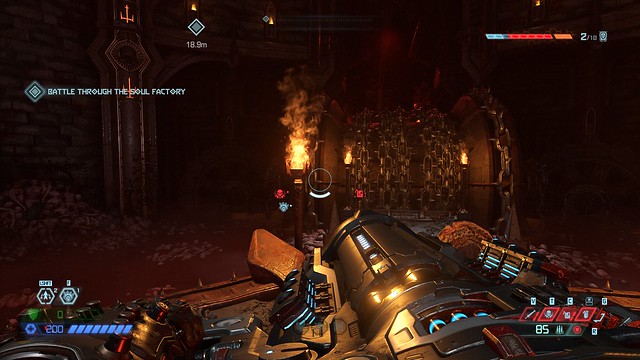 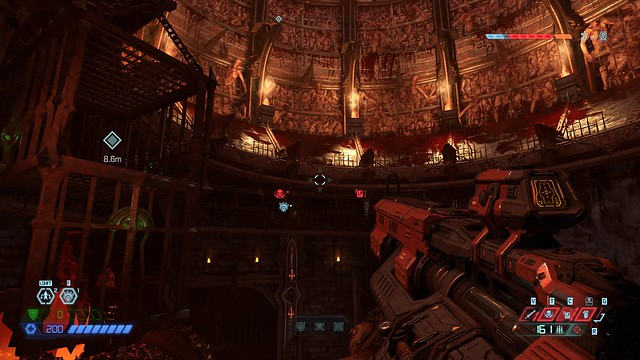 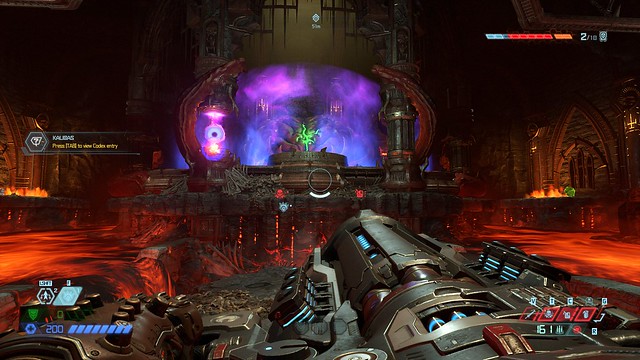 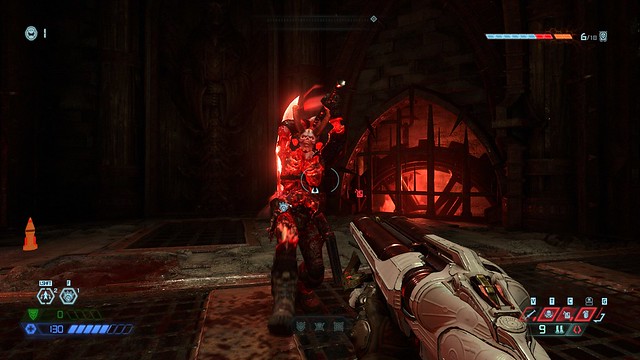 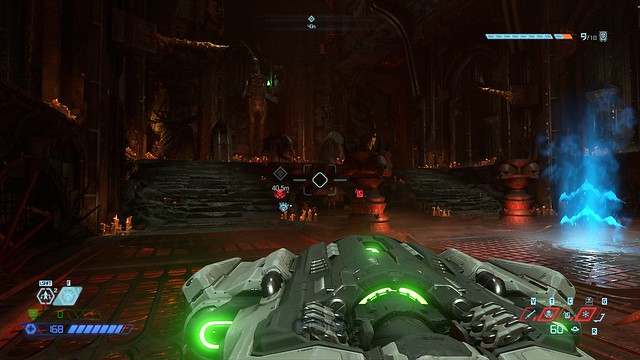 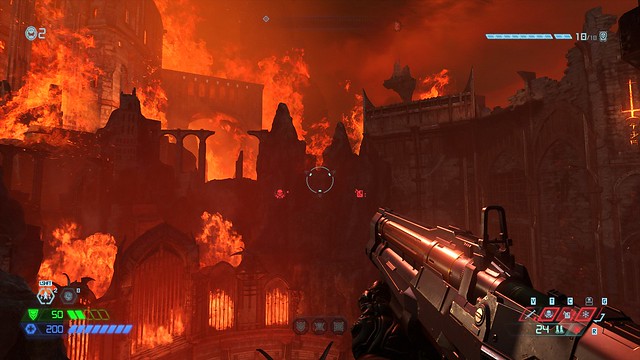 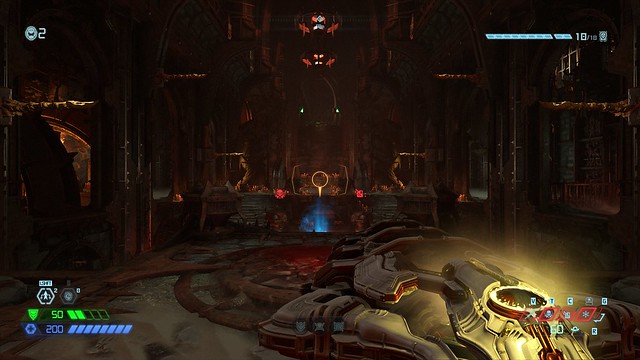 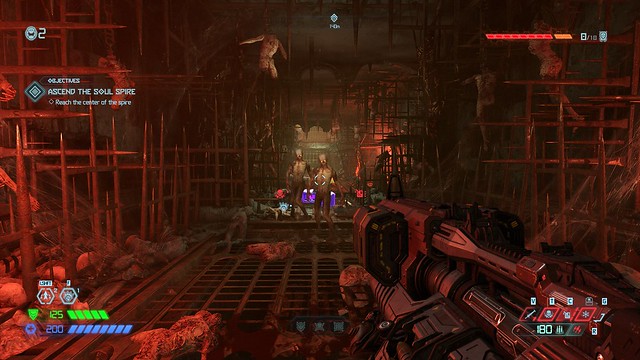 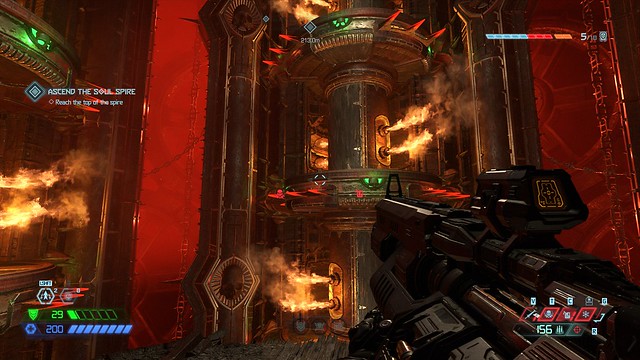 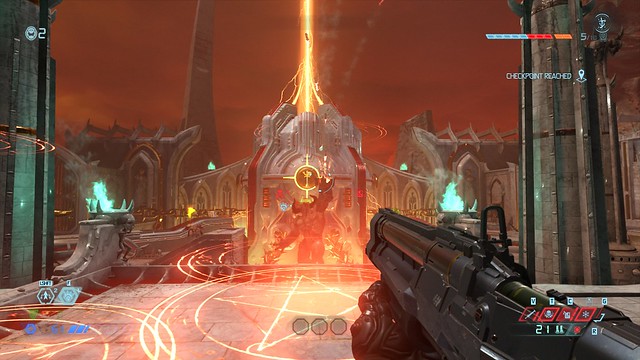 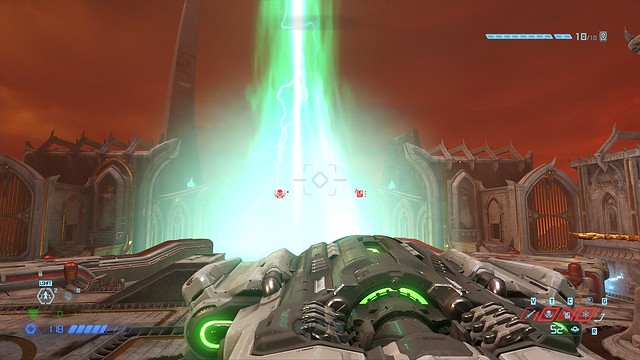 It is admittedly impressive that a game about ripping and tearing put such a level of detail into its story – in this area, DOOM Eternal surpasses its predecessor and really gives weight to the conflict that players are seeing through the Doom Slayer. The genius in DOOM Eternal is how the story is presented to players; those who are in DOOM Eternal purely for the carnage are free to enjoy the game in this manner, but if curiosity sets in and one wishes to learn about why the Doom Slayer fights with the ferocity that he does, and what’s at stake in this fight, this option exists, as well. Giving players options in how they choose to enjoy their experience is the hallmark of a good game, and much as how the combat system is versatile enough to let players pick how they wish to approach each fight, DOOM Eternal also makes the narrative piece optional. I’ve found that the lore adds to DOOM Eternal, adding as much to the game as do the incredible level designs and work done on the atmospherics – DOOM has always been at its best when players romp through Hell itself to gain an idea of just what the Doom Slayer has previously faced and prevailed over, as well as what remains to be done. Altogether, I am excited to push into the final part of DOOM Eternal; there is good reason to take the fight to the Khan Maykr and a threat that challenges the very fabric of reality itself now beyond just shredding monsters with big guts. While the fight that awaits will likely be even more challenging than what I’d faced before, I now have the confidence, and the equipment to face off against whatever lies ahead. The Khan Maykr had better sleep with both eyes open, because as I enter DOOM Eternal‘s final quarter, I’m now rocking a shiny new mechanical keyboard with low latency and tactile keys, perfect for ripping and tearing!