The Aquatope on White Sand: Review and Impressions At The Halfway Point

7 Comments Posted by infinitezenith on September 24, 2021

“No, the journey doesn’t end here. Death is just another path, one that we all must take. The grey rain-curtain of this world rolls back, and all turns to silver glass, and then you see it. White shores, and beyond, a far green country under a swift sunrise.” –Gandalf the White, The Lord of The Rings: The Return of the King

With Gama Gama’s closure fast approaching, Kukuru is desperate to find any means necessary to save the aquarium, even attempting to run a story on social media about the visions that visitors sometimes see, but this is ultimately unsuccessful – Kukuru’s grandfather feels that banking on a phenomenon whose properties are completely unknown won’t be beneficial. Kai watches Kukuru with increasing worry – he’d been there for her since their childhood, and feels worried that he won’t be able to help her out. One evening, Kukuru decides to have Kai help her draw the phenomenon out, and finds himself in the middle of his childhood: it turns out he had provided some comfort to Kukuru after her parents has passed away. However, even with this memory, Gama Gama’s fate is sealed. As a typhoon approaches, Kukuru barricades herself in and adamantly refuses to let anyone help her. Worried about Kukuru, Fūka braves the storm and ends up doing what she can for Kukuru even as the storm knocks out power and blows in windows at Gama Gama. When the emergency generators run out of fuel and the pipes begin bursting, Kukuru wonders why everything she holds dear is being taken from her. Fortunately, Kukuru’s grandfather, Kai, Kūya and Umi-yan are available to help, and they are able to prevent any harm from coming to the animals. Morning approaches, and Kukuru realises that Gama Gama is too old to continue running. On the last day of August, Gama Gama hosts a farewell event for its visitors, who leave behind their favourite memories. One of the visitors includes a manager for Tingaara, a new aquarium: impressed with Kukuru’s experience, he’s interested in bringing her and several of Gama Gama’s staff on board. After celebrating forty-eight years in business, Gama Gama closes down, and Fūka prepares to return home. Before parting ways with Kukuru’s grandparents, the pair learn that Kukuru originally had a twin sister who died prior to birth. At the airport, Fūka comes to realise that Kukuru had given her so much, and she decides to skip her scheduled flight to ensure she and Kukuru part ways with a smile. After boarding her next flight, Fūka declines the offer for the movie, feeling that she’s found another path in life to walk. Here at The Aquatope on White Sand‘s halfway point, Gama Gama has finally shut down, leaving Kukuru and Fūka at the end of one journey. However, as Fūka empathetically states, endings are not necessarily sad things: she hopes that Kukuru will seize whatever lies ahead for her and find her happiness anew.

Kukuru’s last moments with Gama Gama are a bittersweet one, and with this transition, The Aquatope on White Sand speaks to viewers about the importance of being able to find another way when things don’t work out as one had hoped. Reality is harsh; it is therefore imperative that one become accustomed to setbacks and failures – no failure is ever truly final unless one were to give up entirely, and while it can seem like the world has come to a halt when one’s desires end without being realised, there are always alternative opportunities that lie unexplored. When I was an undergraduate student, I had held ambitions of becoming a medical doctor. At the time, I was not confident with my programming skills, and felt that my penchant for spot patterns and understand processes would make me suited in medicine. I thus took the MCAT, altered my remaining course load to satisfy medical school prerequisites and applied – this was met with no success, and I never made it to even the interview stage for any of the schools I had applied to. However, my supervisor saw another route and suggested that I apply for graduate school instead, where I could build out my software development skills and also contribute to the lab I’d already had familiarity with. After working on The Giant Walkthrough Brain and realising that I was indeed capable of learning new systems quickly, solving problems under pressure and managing a small team, the career path of being a software developer no longer seemed so intimidating; indeed, I am now a software developer owing to my accepting and embracing an alternate route. The Aquatope on White Sand is similarly creating opportunities for Fūka and Kukuru alike: Kukuru is initially hesitant about working for Tingaara, but after seeing Fūka pick herself up, determines that she must also find a way to smile again. Fūka decides to pursue a new path and declines an offer to star in a film. While Gama Gama is done, the world hasn’t ended, and that means the opportunity to forge a new way forward still remains – the only question here is whether or not one has the courage and tenacity to take that difficult first step forwards. Both Kukuru and Fūka have dreams they can follow, and with half of The Aquatope on White Sand in the books, it is clear that endings are not always thus; resilience in the face of adversity is precisely what lets people move forward, so it is encouraging to see Fūka and Kukuru make decisions for one another’s sakes that will see them embrace whatever their respective futures hold. 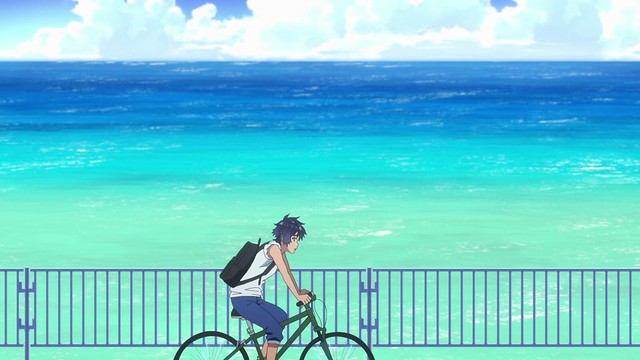 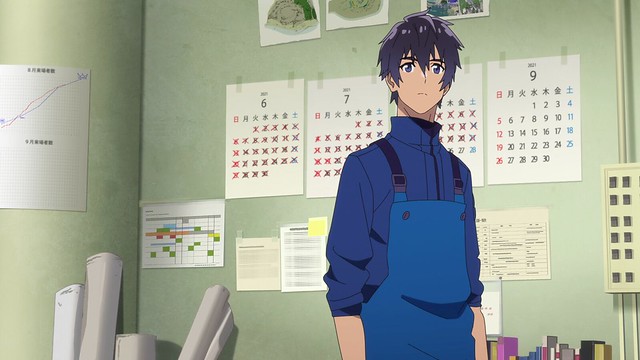 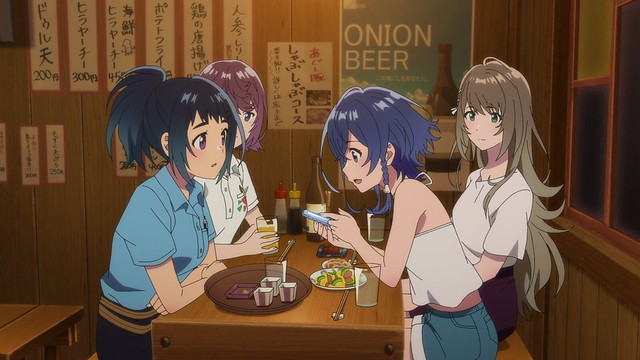 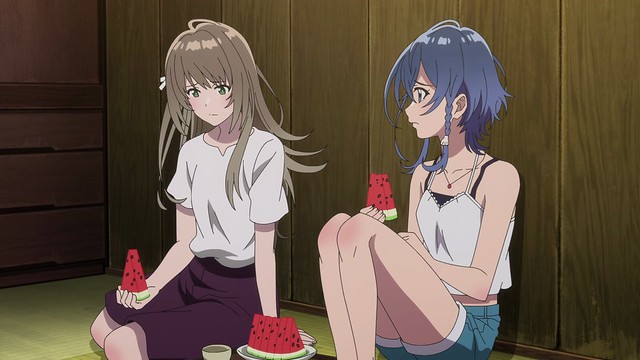 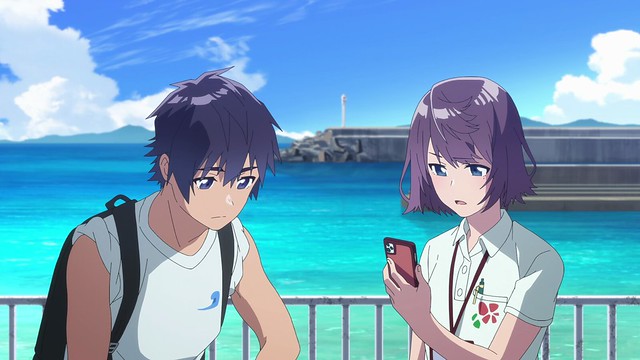 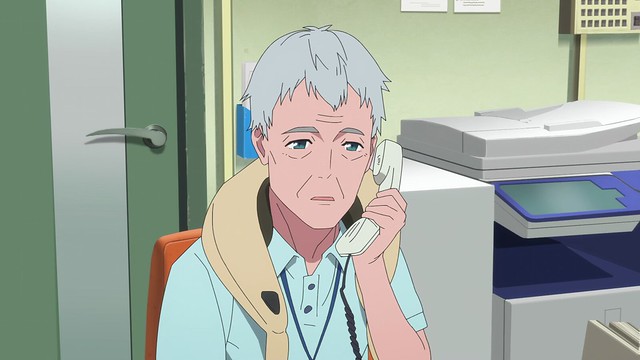 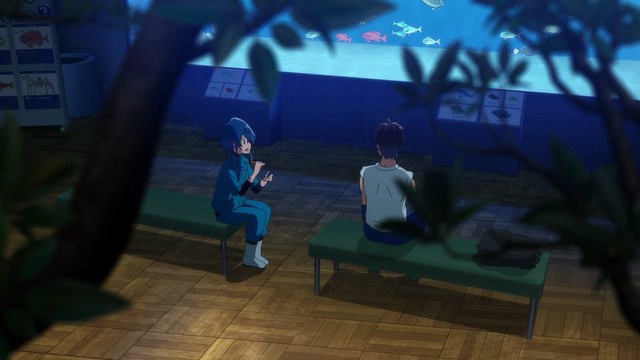 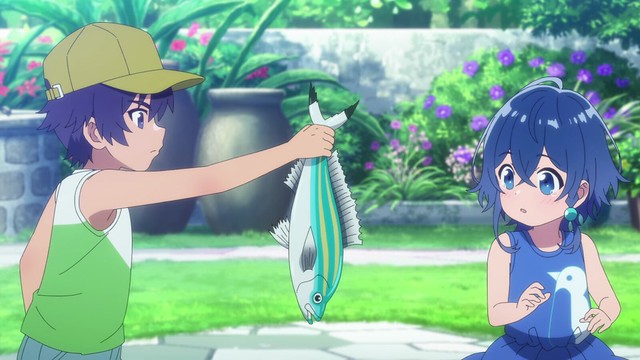 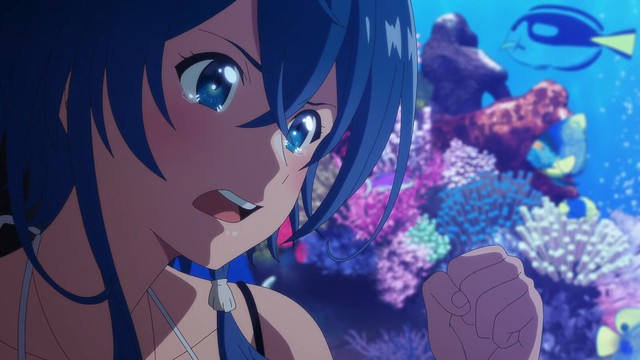 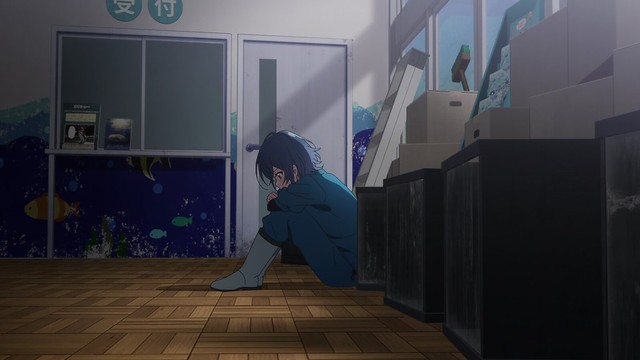 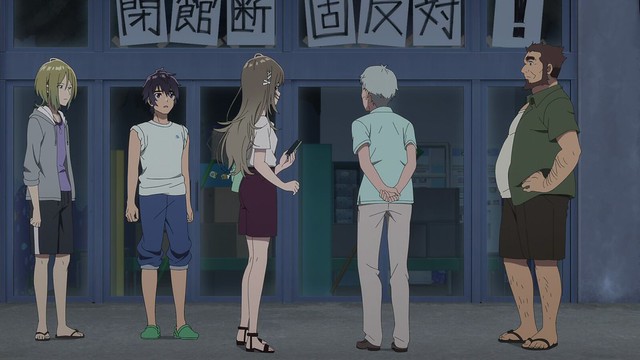 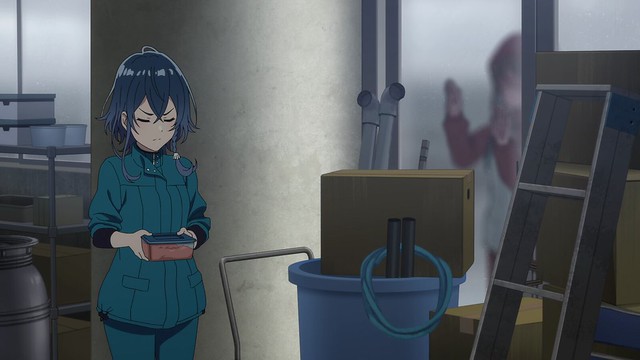 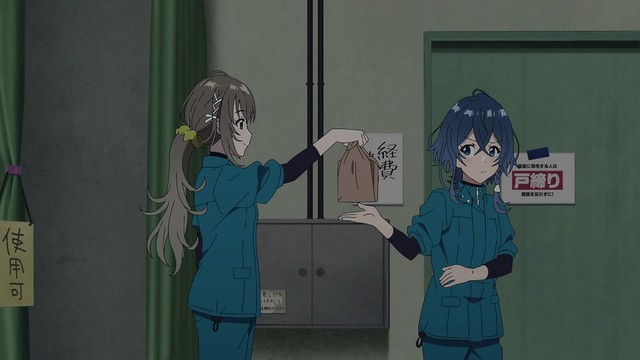 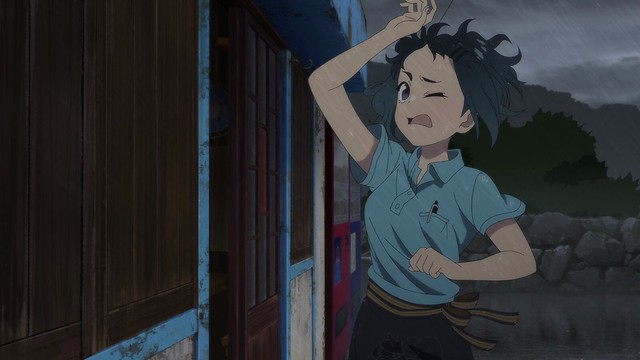 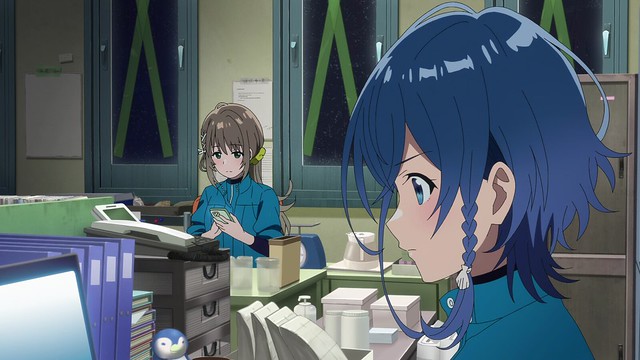 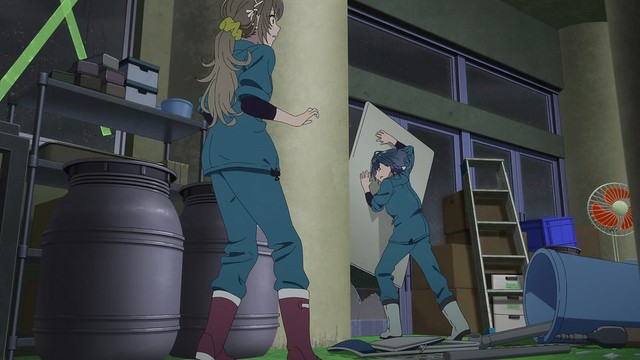 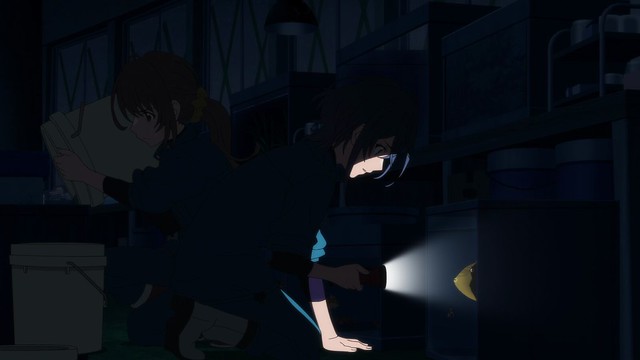 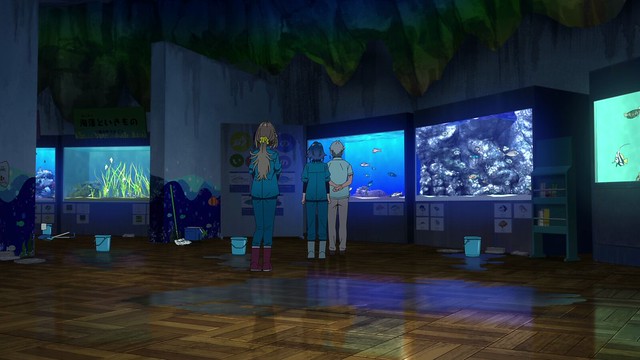 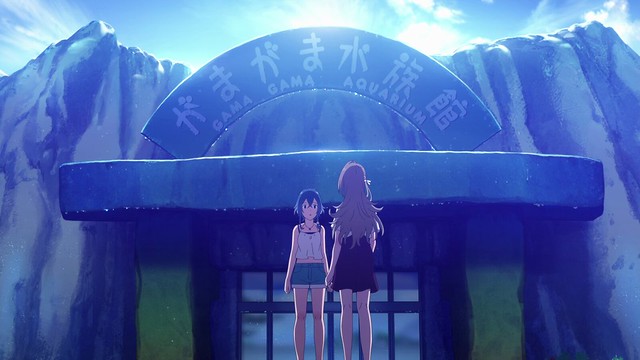 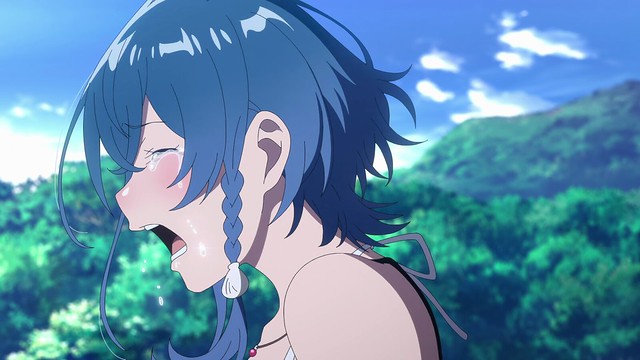 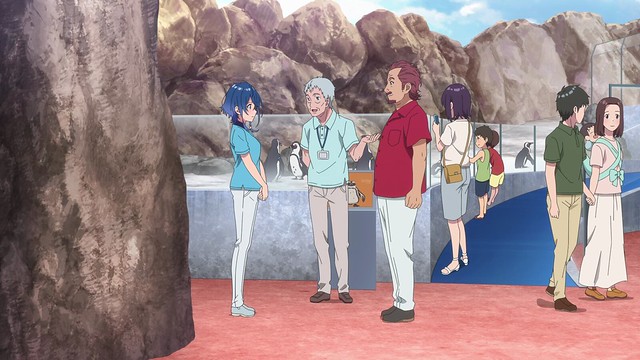 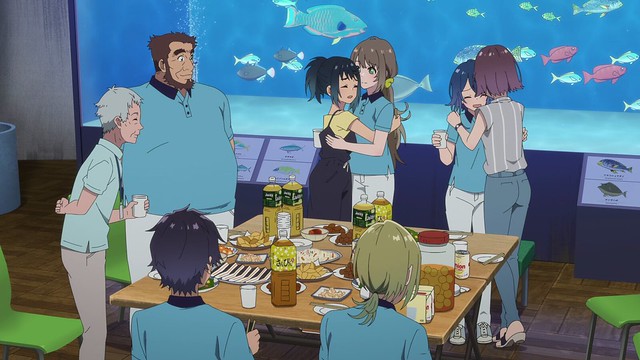 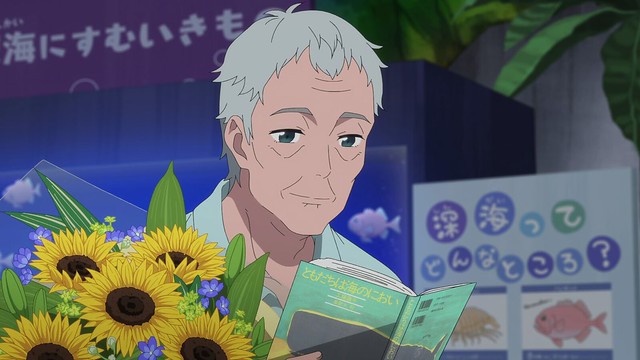 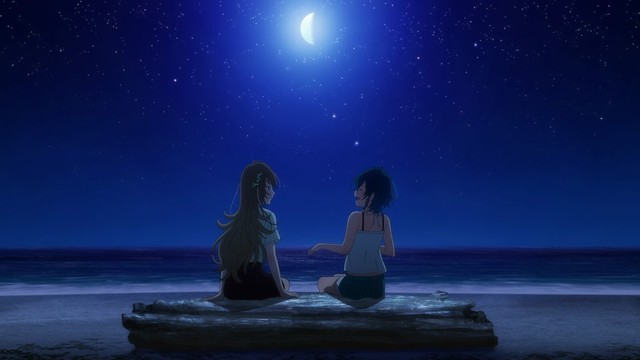 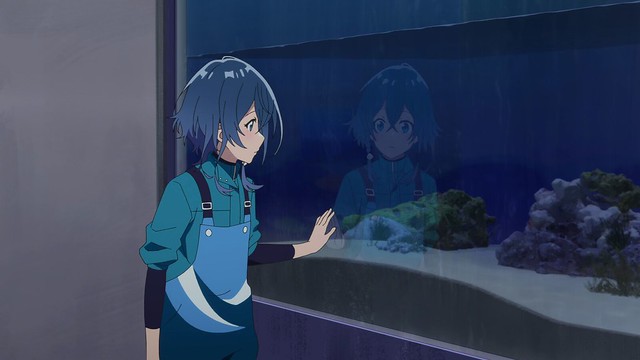 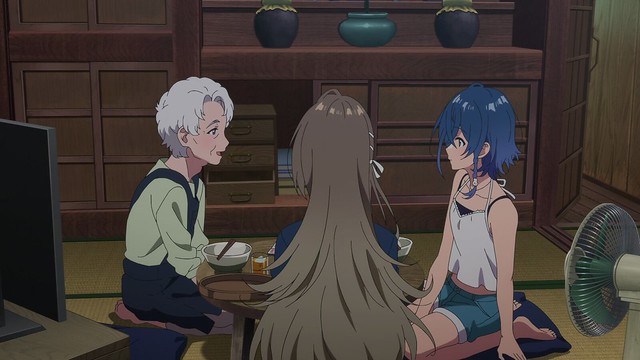 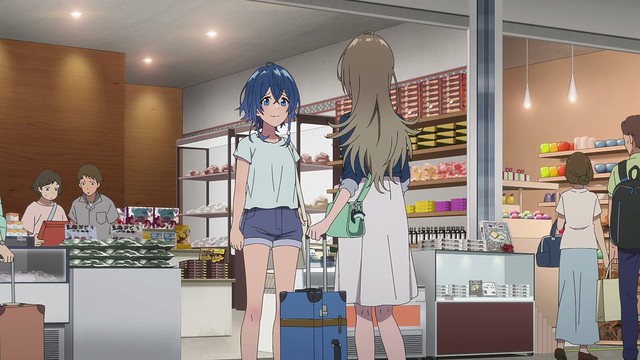 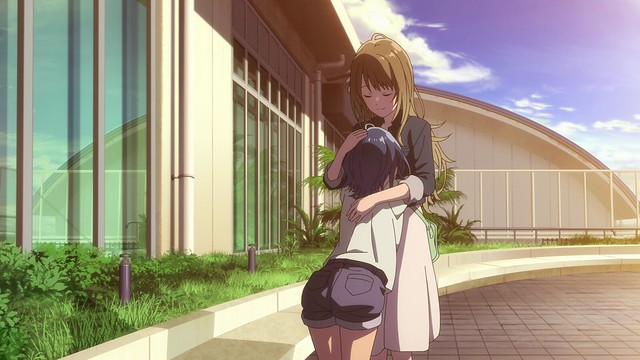 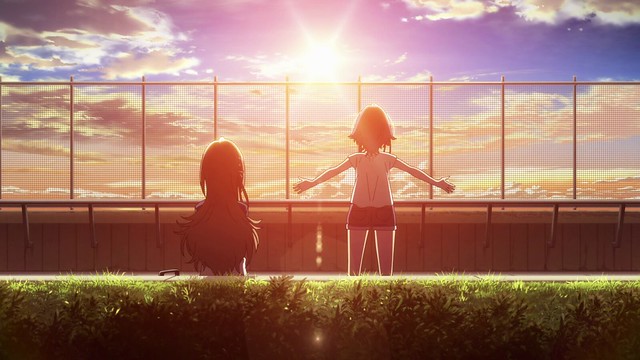 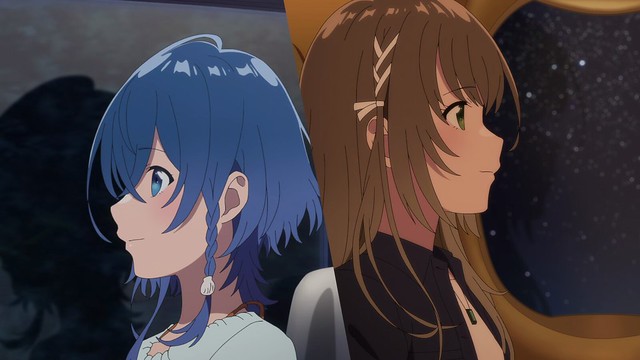 Speculation about what is to come in The Aquatope on White Sand has been raging nonstop ever since it became apparent that Kukuru was locked in an impossible struggle against the clock, and the general consensus is that The Aquatope on White Sand will take a similar approach to what Nagi no Asukara did some eight years earlier – the series continued five years after the first Ofunehiki, and dealt with the challenges that the characters face after being separated from one another in a chronological sense while at the same time, striving to pursue their original goals. The Aquatope on White Sand is structured in a very similar way, and the second half will likely explore how the characters pursue old goals while working within new environments under different rules. One element that The Aquatope on White Sand still needs to deal with is the presence of the supernatural visions at Gama Gama, and what role the kijimuna will play in things. These aspects had become more common as The Aquatope on White Sand progressed, but the general rule is that, if something is introduced, then it necessarily needs to play a role of significance in the future. Having the additional twelve episodes here in The Aquatope on White Sand means that there is sufficient space to deal with this in a satisfactory fashion: spending half an episode on elements surrounding local folklore and exploring how entities like the kijimuna impact people within the context of Kukuru and her desires would elegantly tie the two elements together. This could go either way for The Aquatope on White Sand. On one hand, Glasslip is an example of how P.A. Works had completely failed to properly incorporate magic into the story, but on the flipside, P.A. Works have proven themselves to be very competent with supernatural elements in The World in Colours. Given how The Aquatope on White Sand has progressed up until now, I would suggest that optimism is warranted, and that the supernatural piece will probably be woven into the story with the same sort of finesse that Nagi no Asukara had demonstrated. Assuming this to be the case, we have what looks to be a captivating journey ahead in The Aquatope on White Sand‘s second half, and I am rather excited to see how this one embodies the learnings of its predecessors to create a current and moving tale of rediscovering one’s path anew.

7 responses to “The Aquatope on White Sand: Review and Impressions At The Halfway Point”