2 Comments Posted by infinitezenith on October 9, 2021

“What I love about Thanksgiving is that it’s purely about getting together with friends or family and enjoying food. It’s really for everybody, and it doesn’t matter where you’re from.” –Daniel Humm

It’s a gorgeous autumn afternoon outside right now: the golden foliage clings to a handful of trees, and the sky is of a deep shade of blue. This time of year is characterised by still-warm days, pumpkin pie and previously, the arrival of a new GochiUsa season. In 2015, GochiUsa‘s second season began airing, and just last year, BLOOM began on the Saturday of the Thanksgiving Long Weekend, giving me one more thing to be thankful for. This year, while no new GochiUsa is available, the current season does have a very large number of sequels – Yakunara Mug Cup Mo: Niban Kama, 86 EIGHTY-SIX and Yūki Yūna is a Hero: Great Mankai Chapter are all running. Each series takes its own approach towards continuing with their respective universe’s story: Niban Kama has Himeno learn more about her mother’s love for pottery, 86 EIGHTY-SIX drops viewers into things some time after the first season had ended, with Vladilena now leading a new squadron, and Shinei being found by the Federacy of Giad, and Great Mankai Chapter gives the Hero Club some much-needed downtime as they go around town and have fun, before Mimori unexpectedly gets a request that will see her group pressed back into service against an unknown foe. If one’s memory is a little rusty as to what happened earlier in each of Yūki Yūna is a Hero, Yakunara Mug Cup Mo and 86 EIGHTY-SIX, these first episodes will probably jolt the viewer’s memories somewhat, reminding one of what had previously happened and then beaconing viewers to continue on with the journey. Story-driven anime like Yūki Yūna is a Hero and 86 EIGHTY-SIX will have little trouble picking things up. However, with slower-paced, slice-of-life anime, it can often feel that a bit more effort is needed to resume where things had left off. However, this is something that GochiUsa has never struggled with; the series expertly picks things up, and despite the oftentimes long duration between seasons, when a continuation does air, it feels as though there had never been a gap between seasons at all.

The reason why GochiUsa is especially apt at this is because while there is an overarching story throughout the series, episodes are largely self-contained, dealing with an experience or journey that is resolved within the course of that episode. Characters also possess very distinct identifying traits, and as such, seeing everyone together again immediately reminds viewers of what the previous season had done, before setting viewers about with the promise of all-new adventures. In GochiUsa, the first season had ended on a cold winter’s day, with Cocoa and Chino falling ill and subsequently looking after one another. The second season begins as spring begins returning, and Cocoa is seized with a desire to take photographs of her friends to send back home, but struggles to photograph a smiling Chino. The second season ended with a ciste hunt during the late spring, during which Maya, Megu and Chino decide to put on a hunt for Cocoa, too. By BLOOM, summer has arrived, and it’d become a little too hot to work at Rabbit House, prompting Cocoa, Chino and Rize to create new uniforms, before selling off some unused items at a local flea market. These events are completely unrelated, but share the commonality of showcasing each of Cocoa, Chino, Rize, Chiya and Sharo at their best. Moreover, while the characters do mature of the course of GochiUsa, they remain true to themselves, as well. This unifying element means that regardless of how much time has passed since the last season, starting a new season means viewers immediately feel at home, creating a sense of warmth and comforting familiarity. 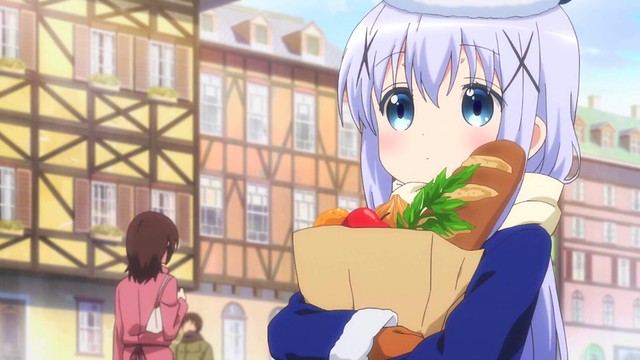 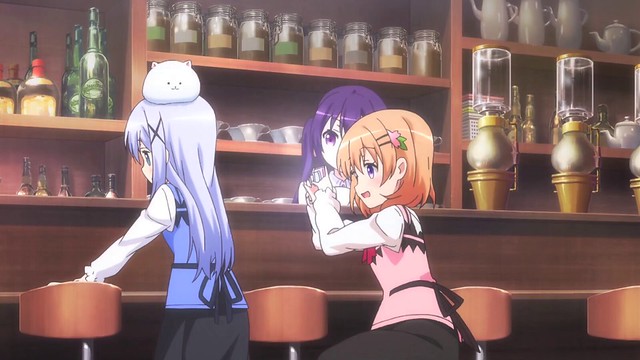 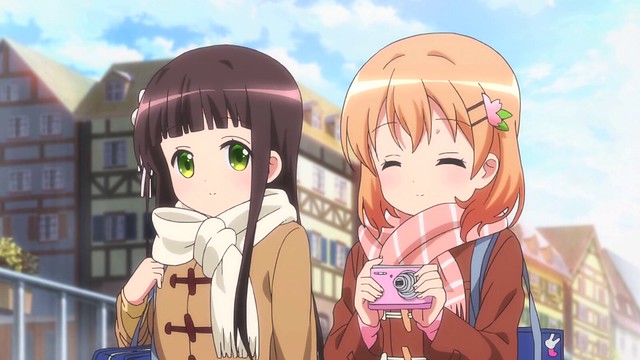 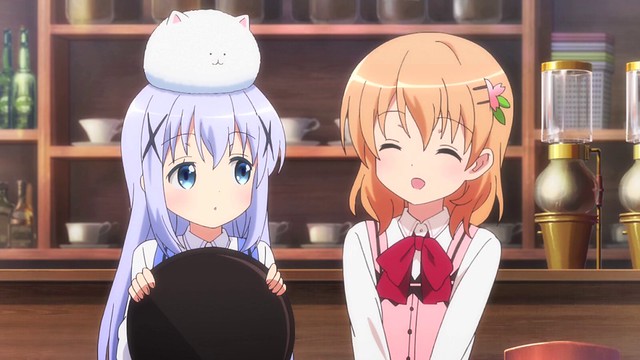 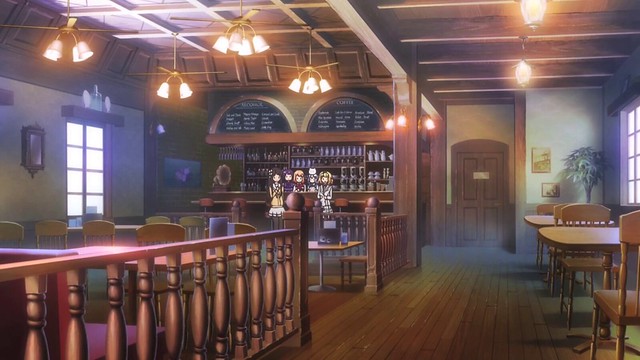 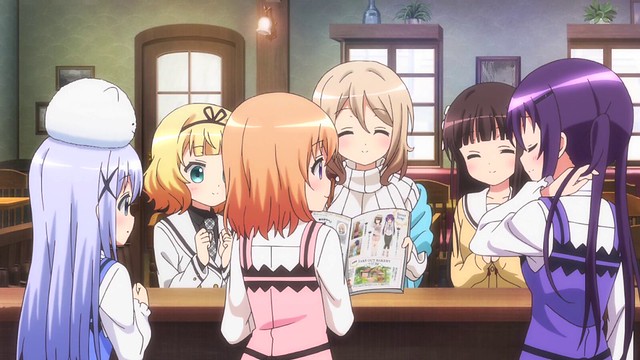 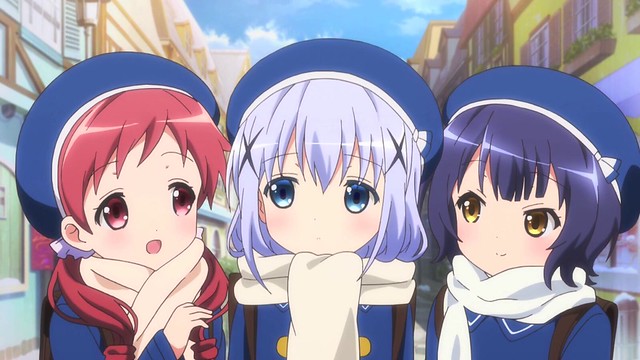 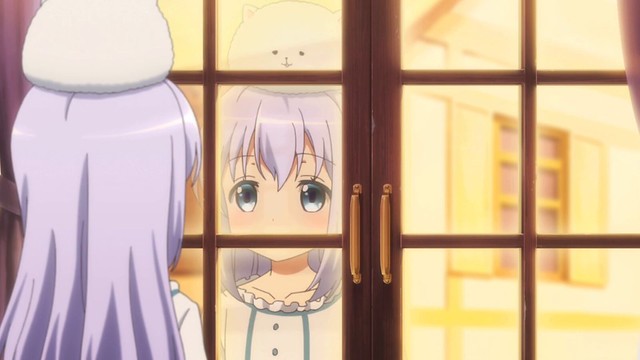 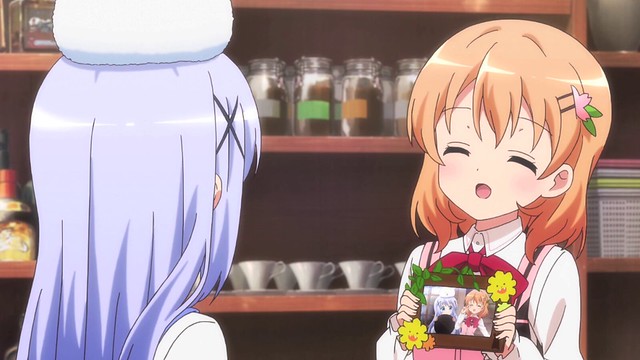 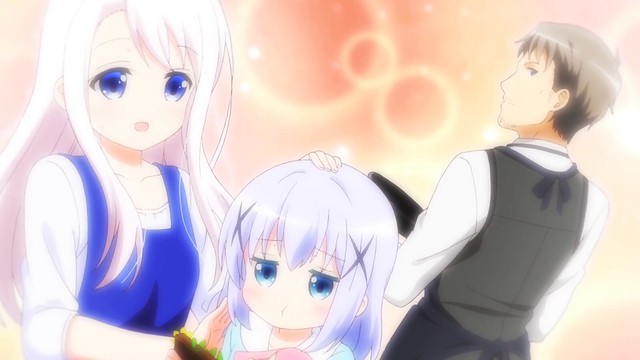 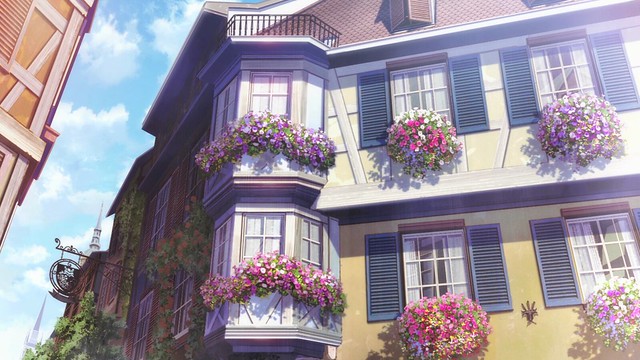 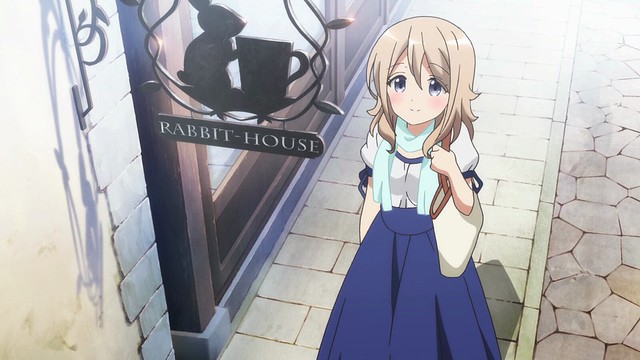 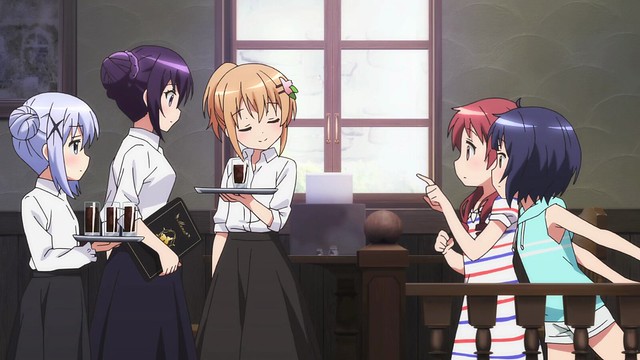 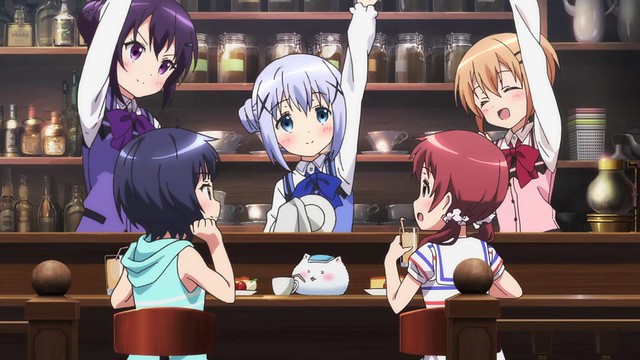 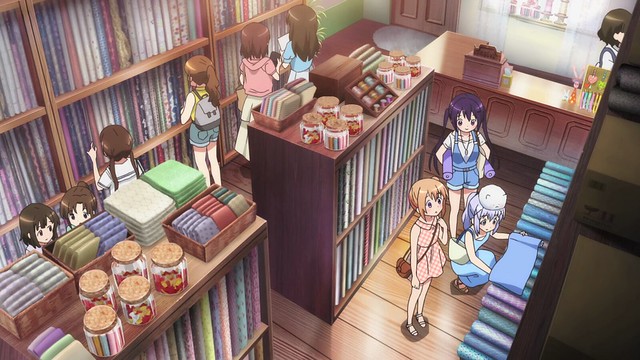 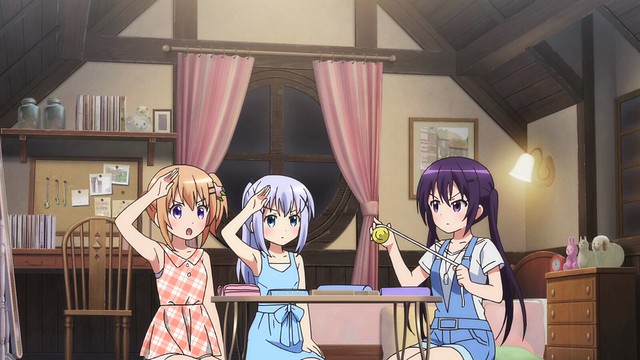 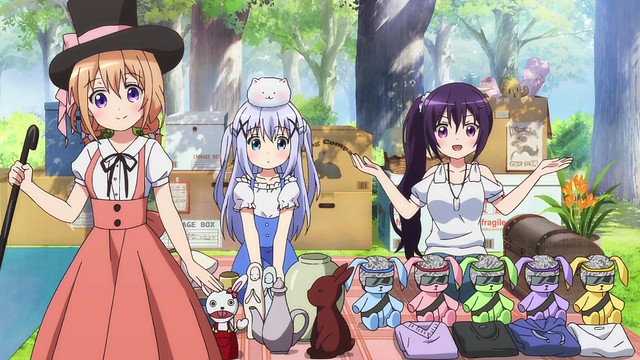 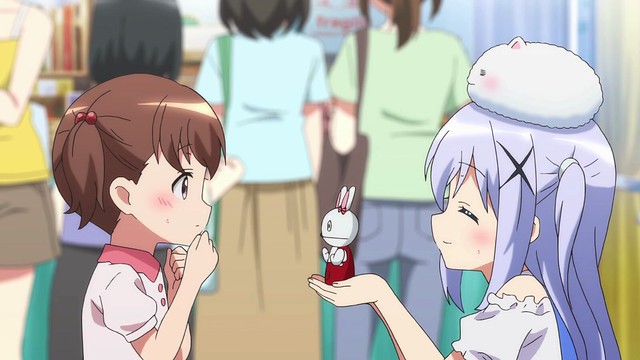 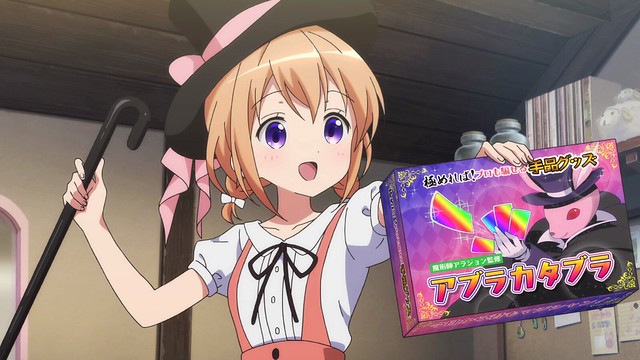 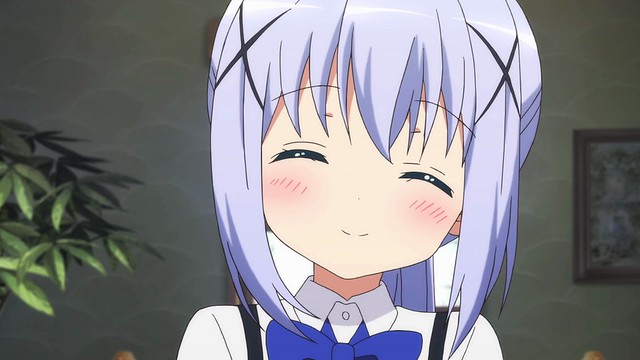 Because of the atmosphere and aesthetics in GochiUsa, whenever a fourth season begins airing, viewers can be reasonably confident that it will be as though they’d never left. GochiUsa has proven to be unexpectedly popular amongst viewers; while prima facie appearing to be little more than a fluffy slice-of-life about appreciating the more down-to-earth and subtle aspects of everyday life, the series captivated viewers with its detailed and unexpectedly immersive world. As the series wore on, GochiUsa began to explore more personal and challenging topics, of accepting death and finding happiness with those around one self: by BLOOM, thoughts of graduation and choosing one’s future with conviction becomes the main theme, and Chino closes the third season by remarking that she’s now curious to see what’s out there, signifying her own desire to grow and become aware of how vast the world really is. When the day the fourth season airs, I imagine that GochiUsa will have no trouble welcoming its fans back to what has been an uncommonly engaging and immersive series. I’ve heard that the manga is still ongoing, and BLOOM ended with volume seven. Because the anime adaptation does things quite differently compared to the manga, the anime actually ended up with a more cohesive and focused story. Since BLOOM ended with the desire to travel, it is possible that we could get a full-fledged movie of the group travelling together over to the city that combines landmarks from Prague, Milan, Paris, Brussels, Helsinki and Stockholm, before returning back to town for the new school year. What lies ahead is exciting beyond words, and it should be no surprise that GochiUsa is a special to me – I picked the anime up before graduate school began, saw the second season as graduate school drew to a close, became a competent iOS developer by the time of BLOOM, and this year, I’m now getting ready to sign off on the mortgage for the new place I’d bought. I’m not sure where in my life I’ll be by the time GochiUsa‘s next work, whether it be a new season or a film, comes out, but I am very confident that I will enjoy whatever lies ahead at least as much as I’ve enjoyed the existing three seasons and two OVAs (if not even more so).