Yūki Yūna is a Hero: The Great Mankai Chapter- Review and Impressions After Three

“The journey is never ending. There’s always gonna be growth, improvement, adversity; you just gotta take it all in and do what’s right, continue to grow, continue to live in the moment.” –Antonio Brown

After stopping the world from being consumed by shadow and flame, Yūna and her friends resume their lives with the Hero Club and participate in helping out around town with things ranging from playing in a band, to substituting for another team in an airsoft competition. While it appears as though peace has finally been attained, Mimori and Sonoko speak on how they’d forgotten about Gin despite their promise. Later, the Taisha reach out to Mimori with another request, leaving her shocked that there remains something to do: it turns out that a special task force, called the Sentinels, are in trouble: two years earlier, Mebuki Kusunoki and Yumiko Miroku were recruited for training, but ultimately, Karin was selected to be a Hero. The other candidates ended up being assigned to the Sentinels, whose assignment is to explore the world outside the barrier and participate in restoring the universe to its former state. During their first assignment, the task force comes under attack from the Stardust, and although they repel this, several Sentinels are overwhelmed and quit their posts, leaving the group short-handed. Mebuki ends up befriending a miko, Aya Kokudo, in the process, but is dismayed to learn that Aya is to be offered as a human sacrifice to appease the Shinju. Adding insult to injury, the sapling they’d planted to restore the world must now be retrieved, as the Shinju appears to be dying, leading Mebuki to conclude that the Sentinels were expendable. Here at the third season of Yūki Yūna is a Hero, three episodes show that an new storyline is being adapted into the animated form, dealing with the aftermath of Yūna’s deeds at the end of Hero Chapter: The Great Mankai Chapter indicates that although the threat to their world has abated for now, this world a shadow of its old form, and there is a desire to bring back what was, even if it means sacrificing the lives of youth to achieve this end.

Despite this being denoted as a Yūki Yūna is a Hero series, The Great Mankai Chapter‘s first three episodes have spent a considerably amount of time on Mebuki and the Sentinels so far, as they set about trying to lay down the groundwork for rebuilding their world. The shift in focus suggests that Yūna and her team will likely become a part of helping the Sentinels accomplish their assignment without any further casualties, and perhaps help Mebuki to understand that Hero or not, people can still make a difference regardless of their station. This has been something that was very prevalent in The Great Mankai Chapter; Mebuki is very stubborn and single-minded in her approach to things, and while she is a dedicated leader devoted to whatever task she’s assigned, she also holds both herself, and those around her, to almost unreasonable standards. These traits could be why she was never selected for a Hero, and much as how it took Karin some time to adjust to life with Yūna and the Hero Club, I imagine that a major part of The Great Mankai Chapter will deal with getting Mebuki to understand that teamwork is essential in any endeavour, especially one as complex and daunting as forging into unknown territories and attempting to revive the gods’ power so they can return their world to its original glory. At least, this is the direction that appears likely given what we’ve seen of The Great Mankai Chapter thus far: one of the aspects about Yūki Yūna is a Hero that I’ve always enjoyed is how the series pulls no punches and can always find ways to surprise viewers. While The Great Mankai Chapter is, strictly speaking, not a necessary continuation, I’m always game for more Yūki Yūna is a Hero because it could roll back the curtain on the the mysteries enveloping the world that Yūna and the others live in. 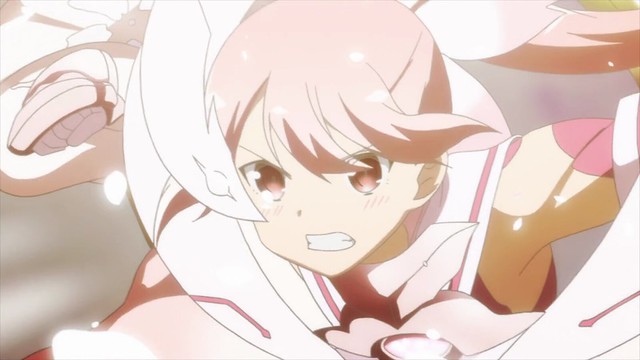 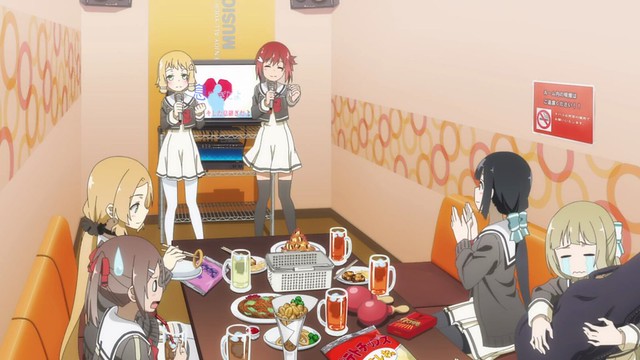 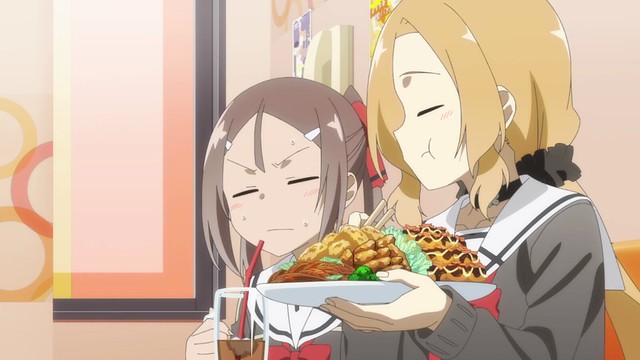 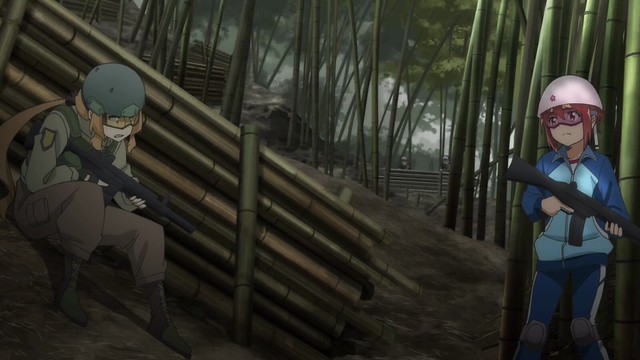 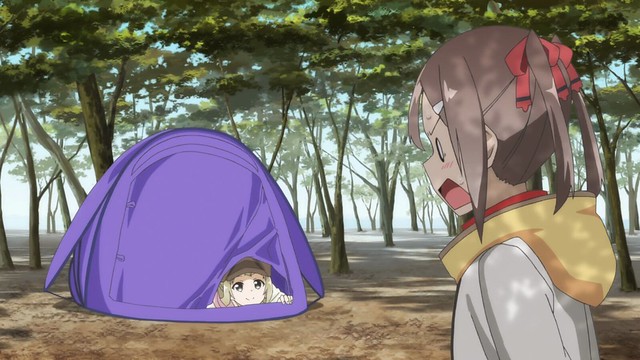 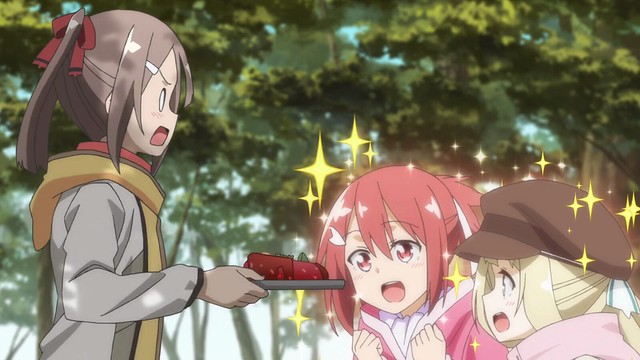 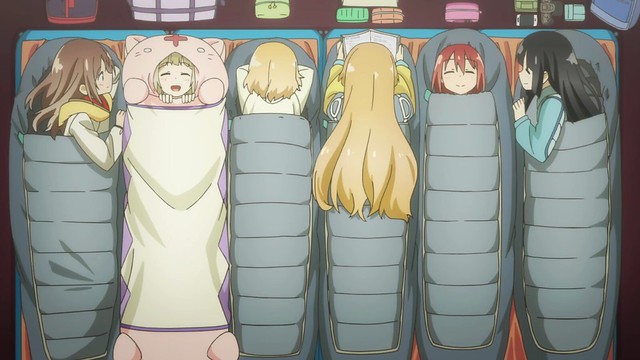 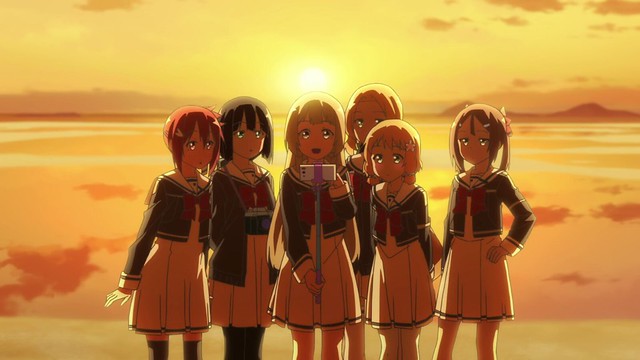 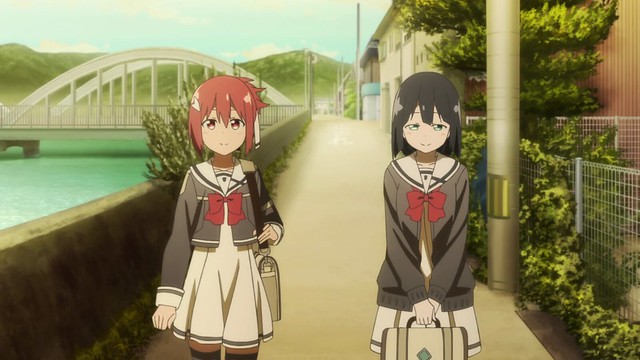 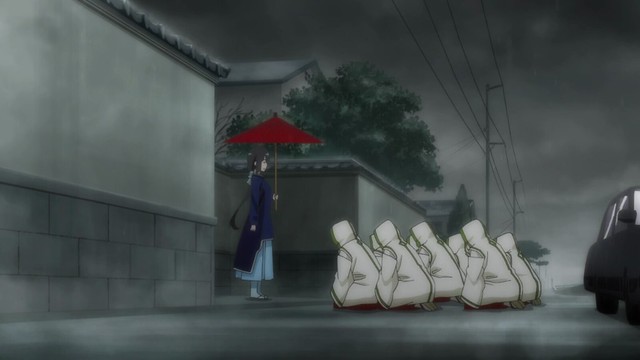 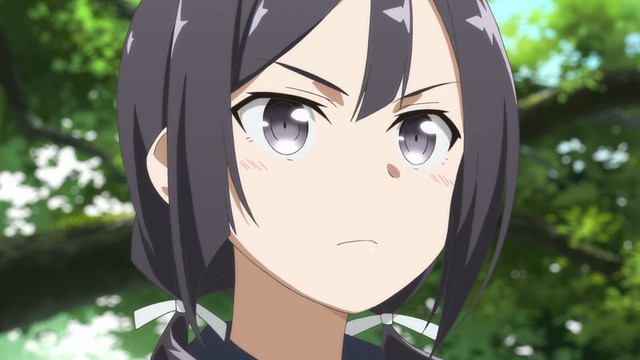 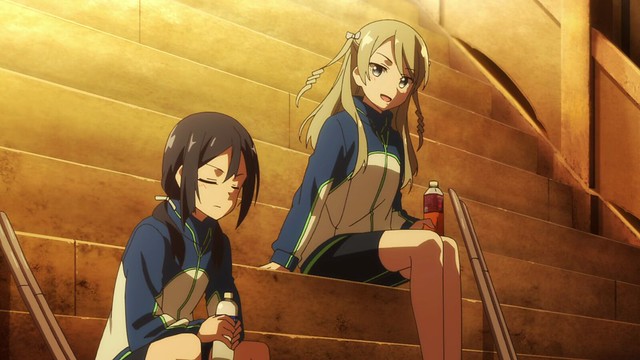 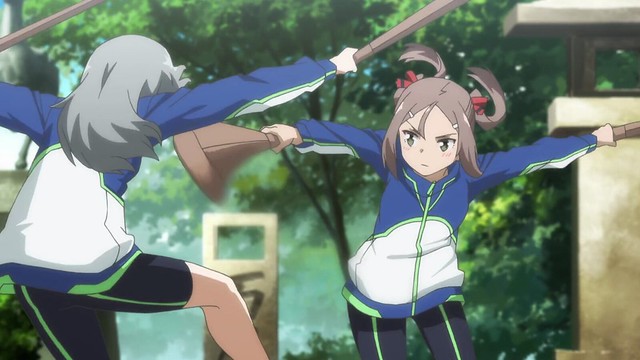 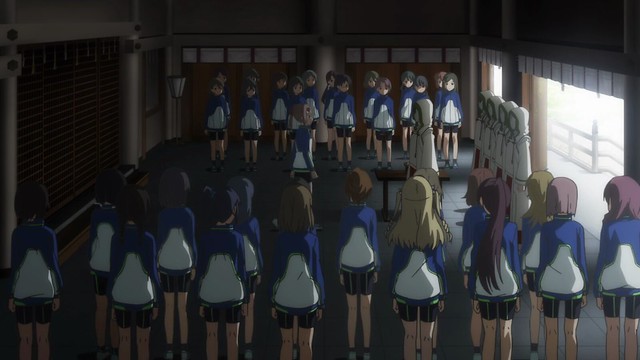 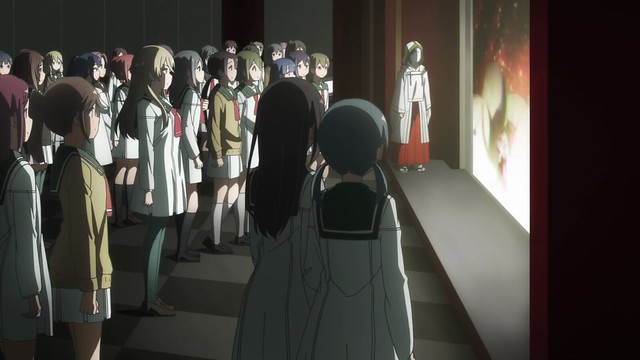 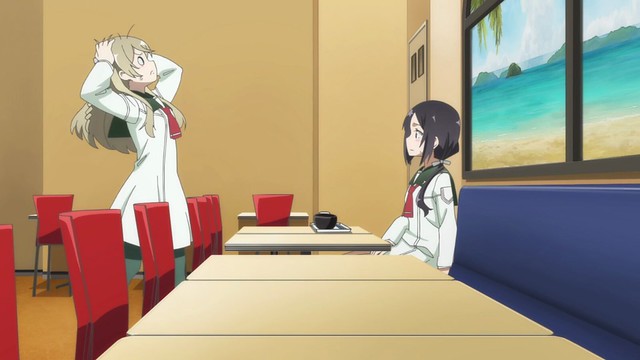 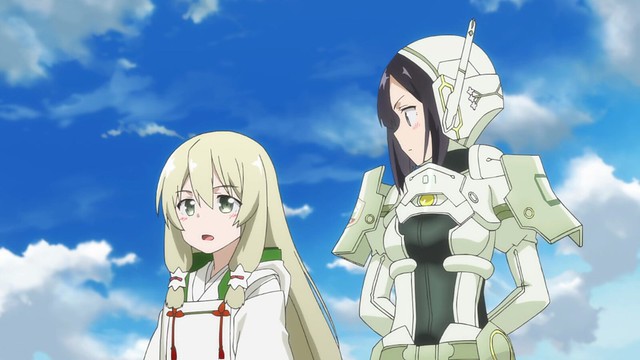 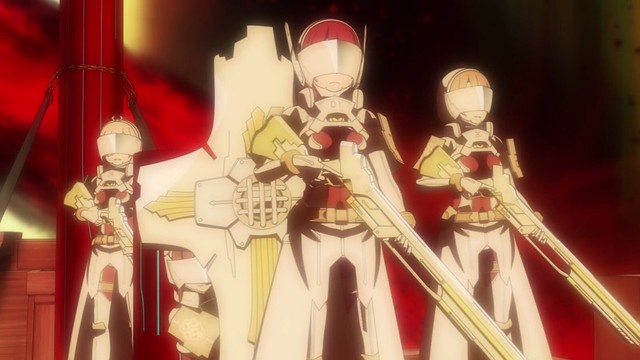 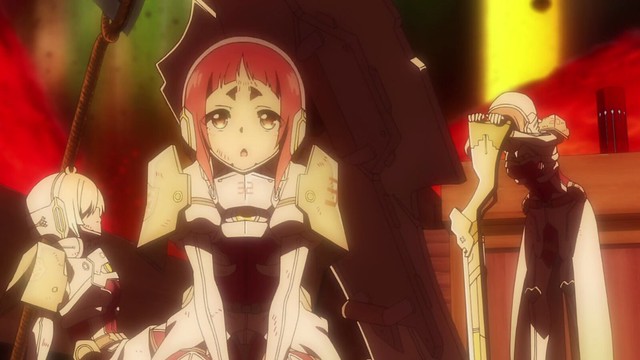 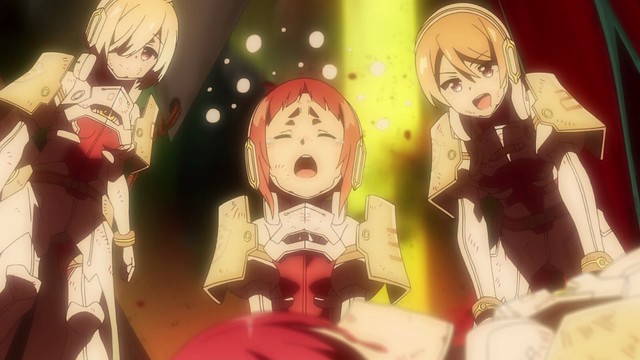 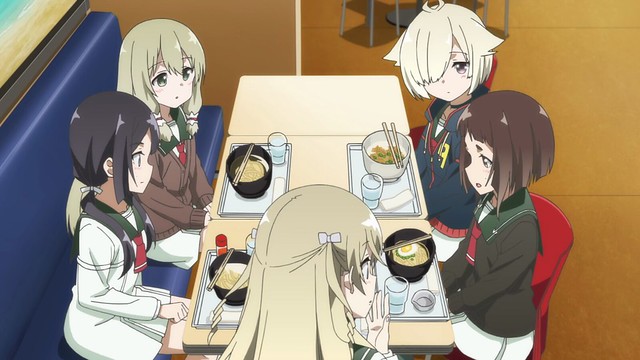 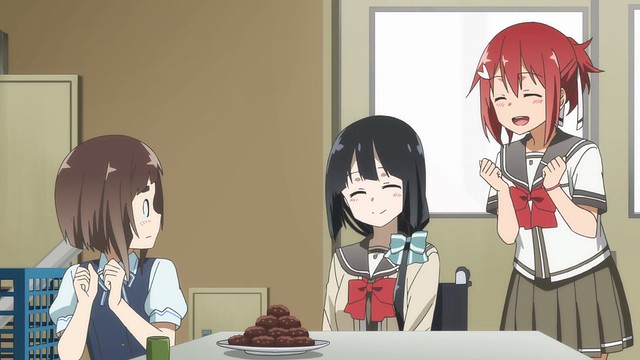 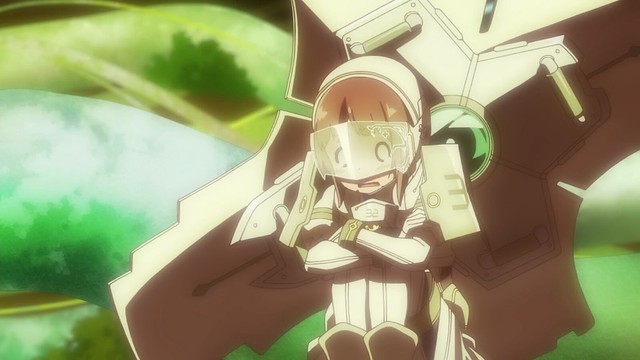 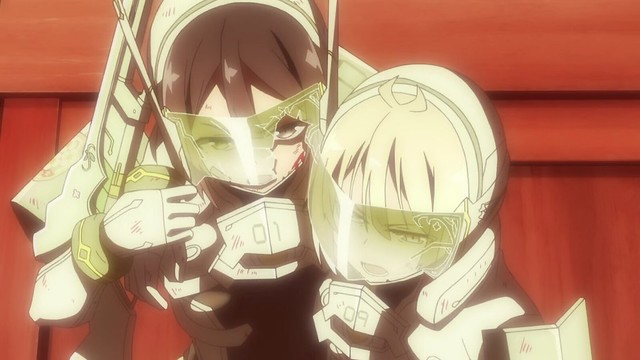 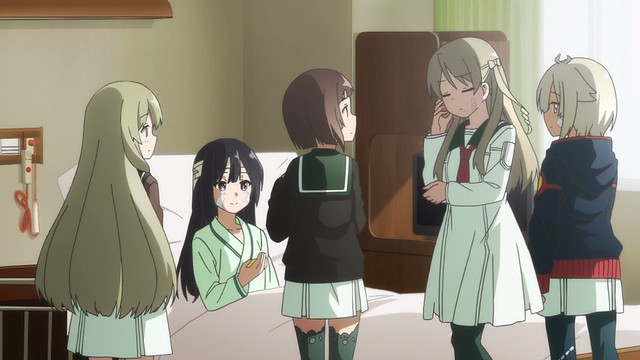 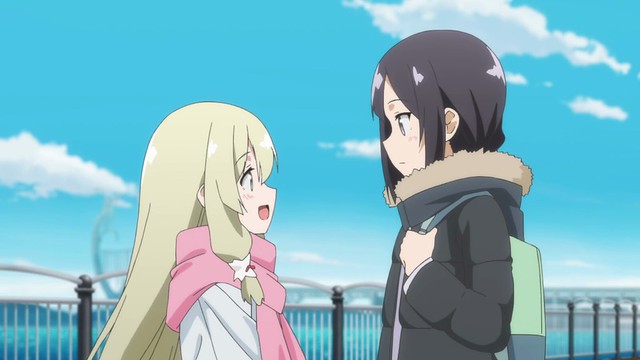 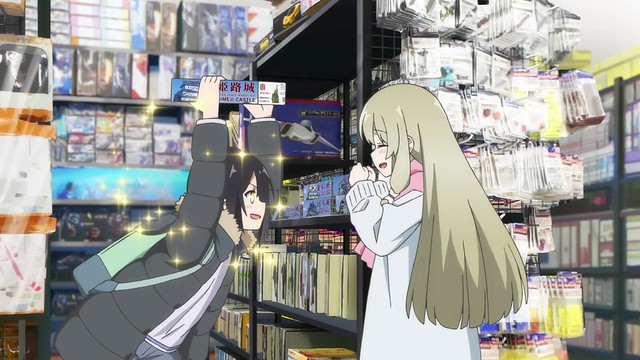 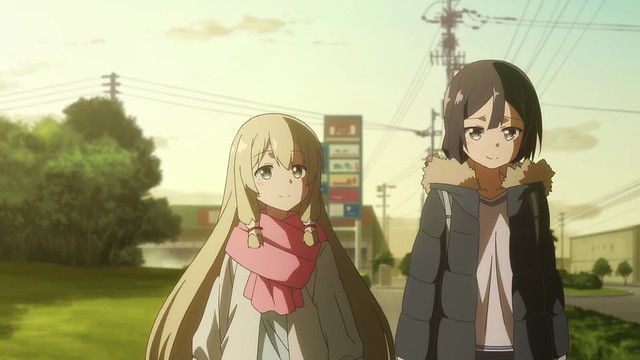 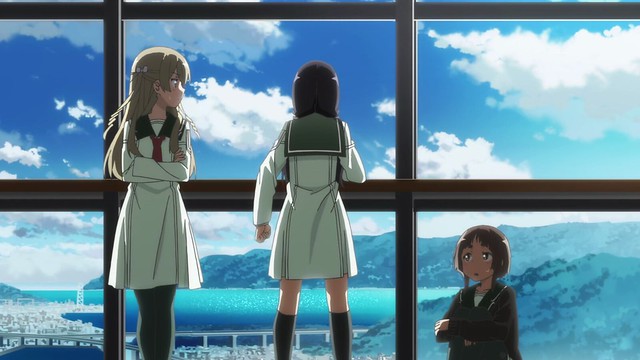 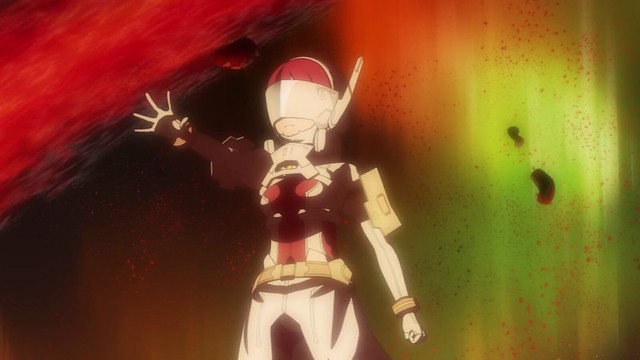 When Hero Chapter concluded, it left numerous questions in its wake: granted, Yūna and her friends had successfully saved their world from destruction, but how the world came to reach its current state was never explored, and the nature of their world similarly remained a mystery. The Great Mankai Chapter appears to be following in its predecessor’s footsteps: there’s a new problem to sort out, and similarly to Hero Chapter, leaves many details unexplained. At present, viewers are shown that Sentinels are a group of prospective Heroes who didn’t make the cut, but still possessed enough attributes to be useful. The Taisha are attempting to begin taking back the universe from the ravages of war, but as this is a dangerous task, they have no qualms about sacrificing young women to achieve their aims. In general, Yūki Yūna is a Hero has traditionally found ways of making its primary themes clear, but on the flipside, never bothered with exposition to the extent where their world became convincing. The end result of this is that while the characters in Yūki Yūna is a Hero are always compelling, their world continues to operate on terms that viewers are not privy to: perspective is never shown from the Taisha’s perspective, and without any illustration on why they pick the course of actions that they do, the Taisha become very difficult to sympathise with. The end result of this is that viewers can immediately rally behind the main characters of a given series and root for their survival, or success, but at the end of the day, every victory is muddied by the fact that something unknown could always return and diminish the Heroes’ accomplishments. As it stands, I am interested to see if The Great Mankai Chapter addresses any of the questions left by Hero Chapter, and further to this, it appears that the possibility of Yūna’s team working with Mebuki and the Sentinels could be quite real: having long felt that Yūna’s team operated in isolation, it’ll be nice to see them fighting alongside others for a shared goal, as well.