2 Comments Posted by infinitezenith on November 12, 2021

“It’s very meditative. It turns off a higher level of thinking. You have to let go and give in to the unpredictability of it. You can go in with an idea of what you want to make, and the clay doesn’t want to do that.” –John Sheppard

Autumn approaches, and after the summer pottery competition, Rio Matsuse, Toko’s old classmate, shows up with the intent on challenging her to participate in the next competition. Himeno struggles with finding inspiration for her next work, and while speaking with the folks who’d known her mother, discovers that Himena actually had a very free-spirited approach to pottery. Later, Naoko spends an evening with Himeno after having a fight back home, and as the frigid air of autumn sets in, Himeno encounters Ximena, a Mexican potter who’s visiting Tamiji to see a sculpture Himena had made. Inspired, Ximena decides to move to Tajimi. However, Toko slowly becomes disheartened as the competition draws nearer: noticing this, Himeno organises an outing to lift Toko’s spirits, bringing Naoko and Mika along. They learn that Toko’s found it increasingly difficult to speak with her grandfather, and that her pottery feels like its suffering as a result. When Ximena reappears with a question about pottery tools, Himeno sets Toko the task of answering them, which in turn helps her to reflect on why she’d enjoyed pottery to begin with. This is Yakunara Mug Cup Mo Niban Kama (Let’s Make a Mug Too Second Kiln), the second season to the spring season’s Yakunara Mug Cup Mo (and Niban Kama from here on out for brevity). The first season had Himeno slowly learn the basics of pottery and begin the path her mother had once taken; while she was not able to win anything in competition, the process helped her to discover much about Himena. Here in Niban Kama, the journey continues as Himeno begins learning even more about her mother, including when Himena had trying every coffee joint in town to shape the optimal coffee cup, as well as how Himena’s sculptures have touched people around the world.

While Niban Kama uses pottery as its premise, it is more appropriate to say that Niban Kama is more of a love song to pottery: beginning its life as materials sourced from the earth, and through a potter’s effort and desire to build something wonderful, eventually takes shape. Whether it be the creative pieces that Mika puts together, or the professional, precise pieces that Toko crafts, Yakunara Mug Cup Mo presents pottery as the outpouring of emotion into something tangible, one that can give physical form to the feelings that elude description. In this way, Niban Kama does appear to be building up the idea that for Himeno, while her mother is gone, the feelings of excitement, joy and creativity Himena experienced while making her work continue to endure for Himeno to appreciate. Pottery has brought Himeno closer to each of Naoko, Mika and Toko, as well as giving her the chance to meet Ximena; by taking up pottery, Himeno has chosen to tread the same path her mother had, and in doing so, becomes closer to Himena even though she is no longer present. This is quite touching, reminiscent of how Tamayura had Fū Sawatari take up photography again so she could find the happiness her father had conveyed through his own photography. In this way, both Yakunara Mug Cup Mo and Tamayura both share the idea that while people may come and go, their legacies can endure, offering strength and support alike in one’s most difficult moments. By embracing their achievements in life, one can honour and remember those who are no longer among us, turning something quite painful into something that can be cherished. Yakunara Mug Cup Mo‘s first season had sent Himeno on an adventure in and around Tajimi as she picks up pottery, before shifting focus to the creative process in its second half, so I anticipate that Niban Kama will follow a similar pattern; this first half has seen Himeno continue exploring as she works to determine what her next piece will be, and together with her friends, has found that Himena’s legacy and style endures. 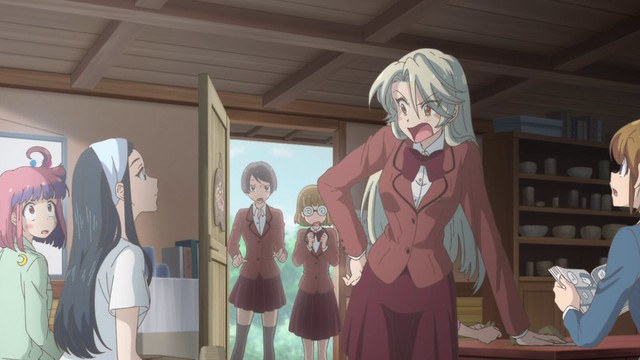 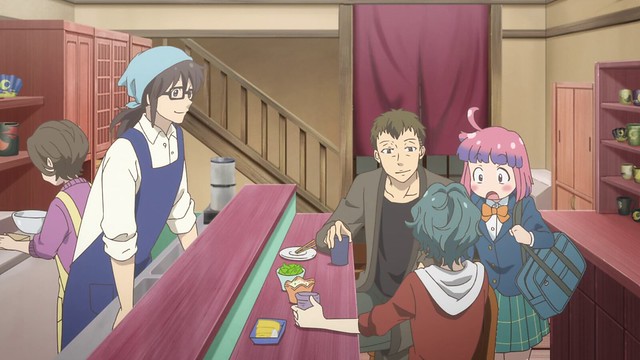 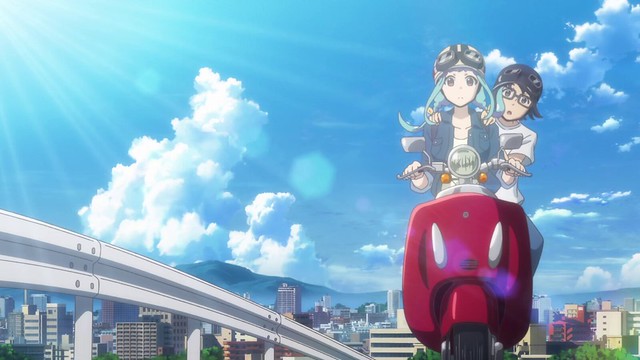 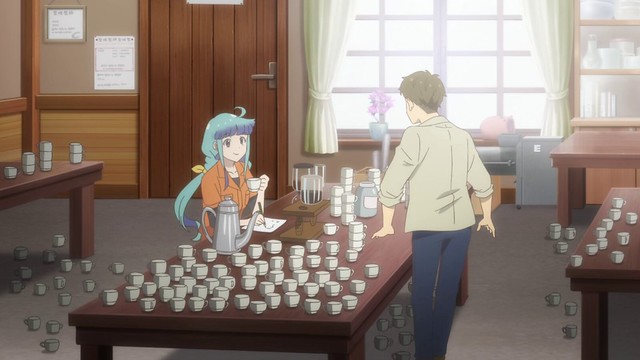 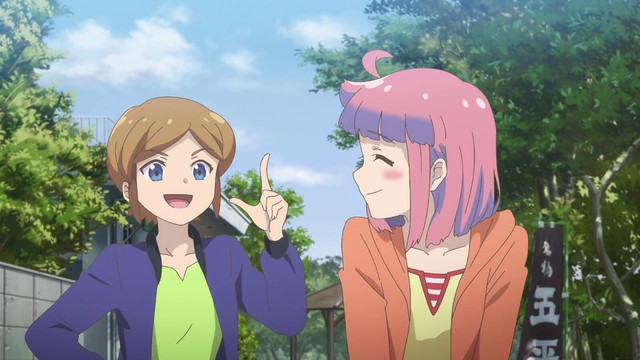 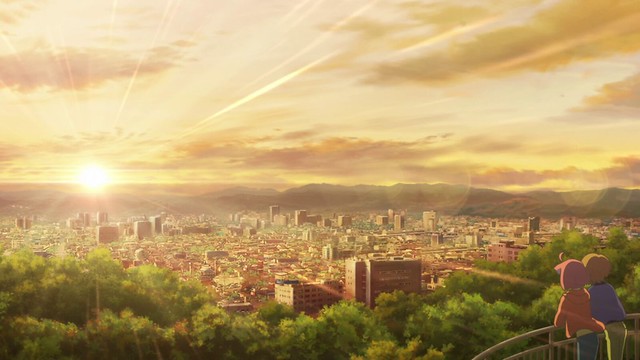 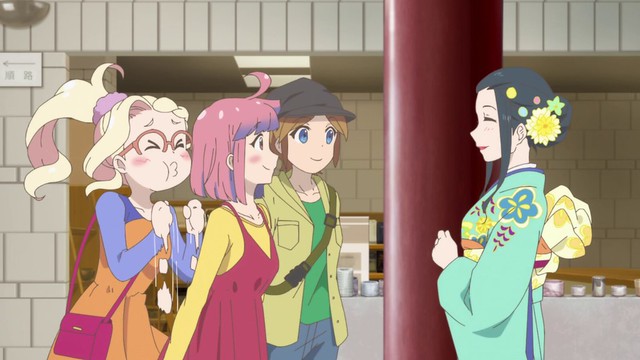 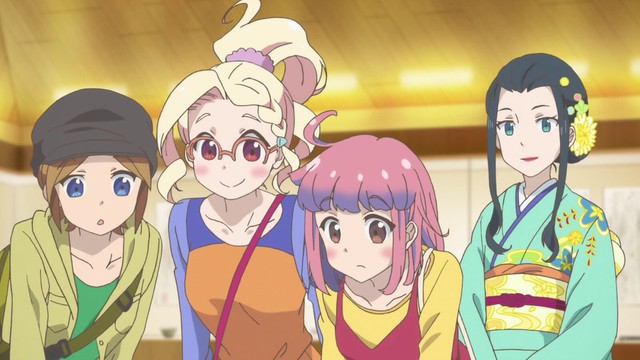 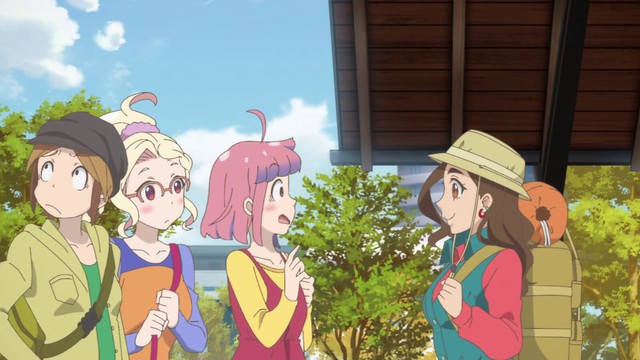 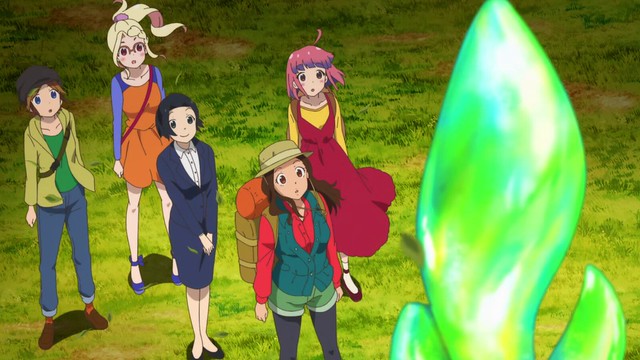 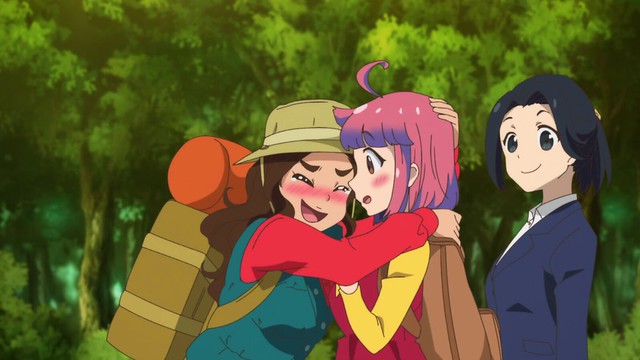 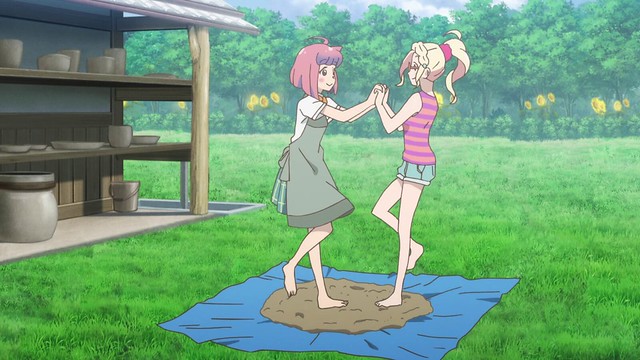 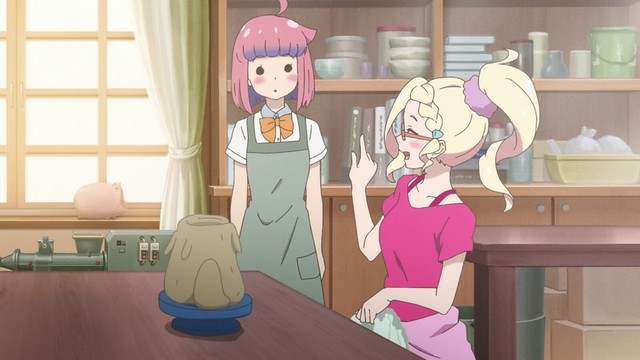 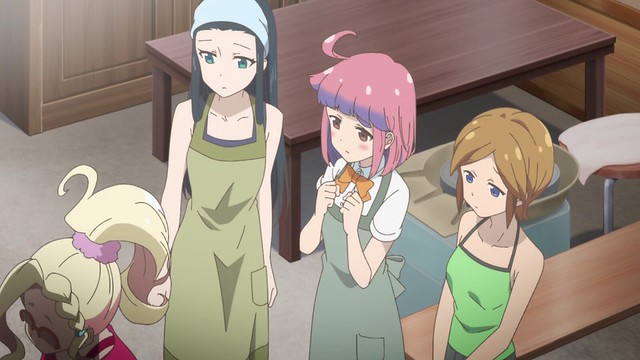 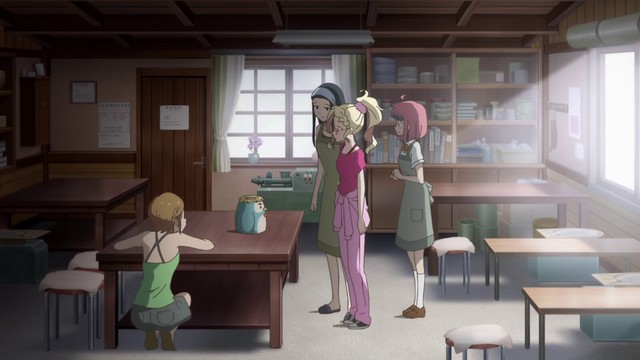 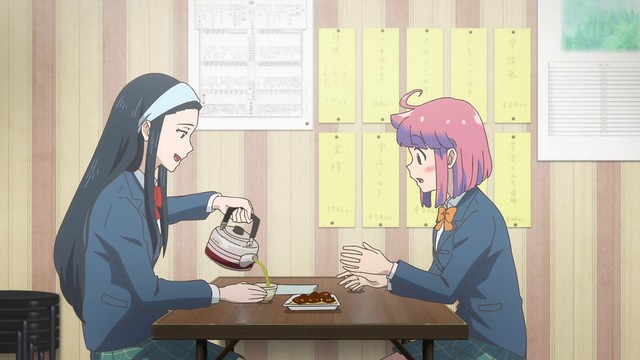 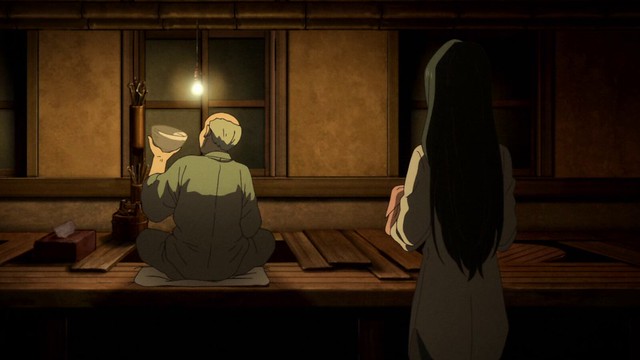 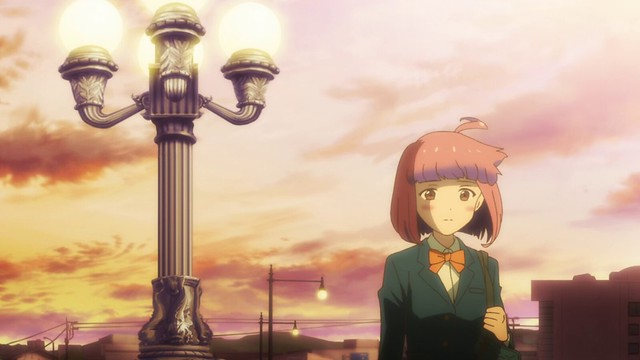 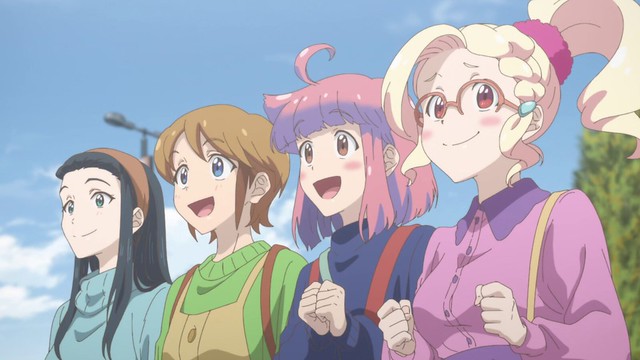 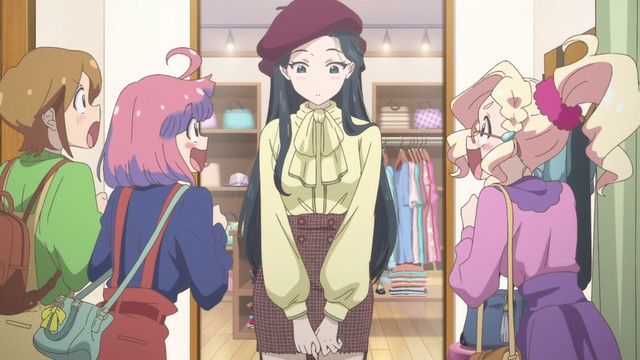 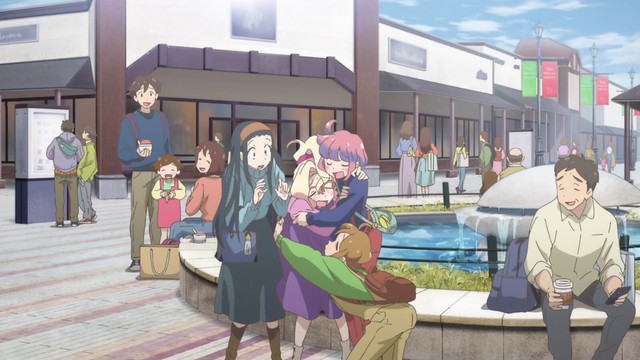 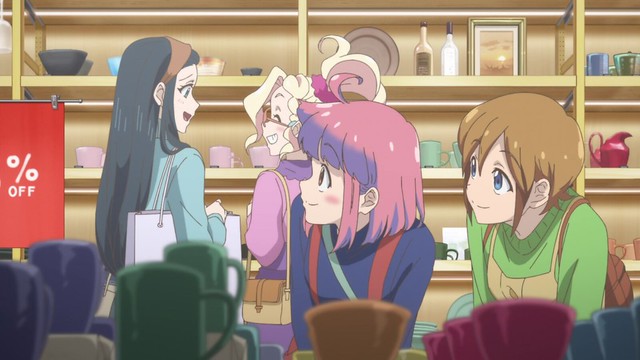 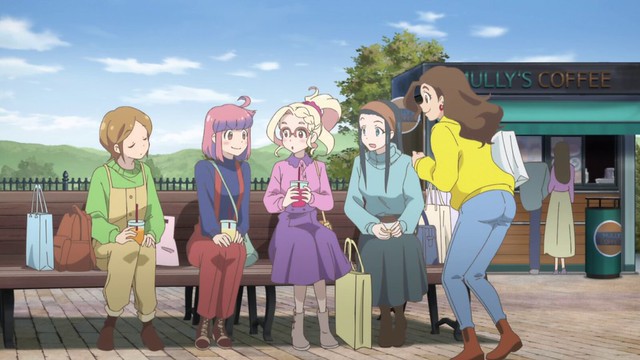 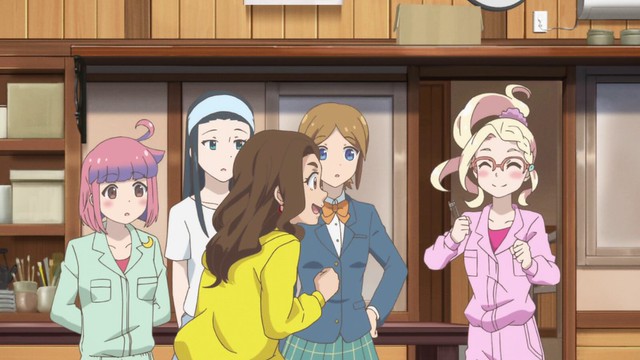 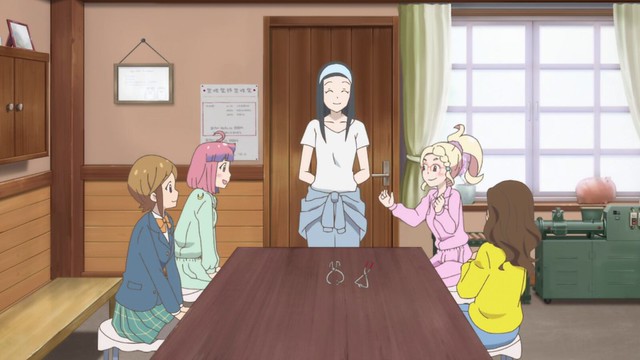 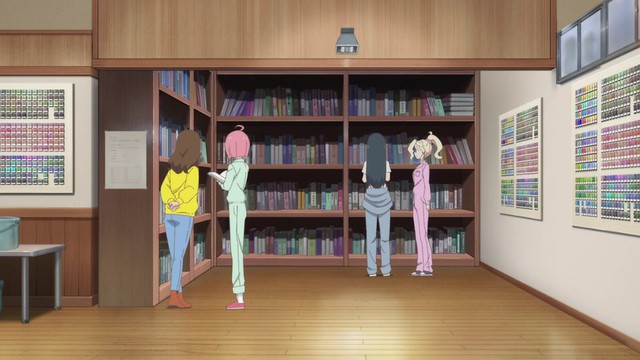 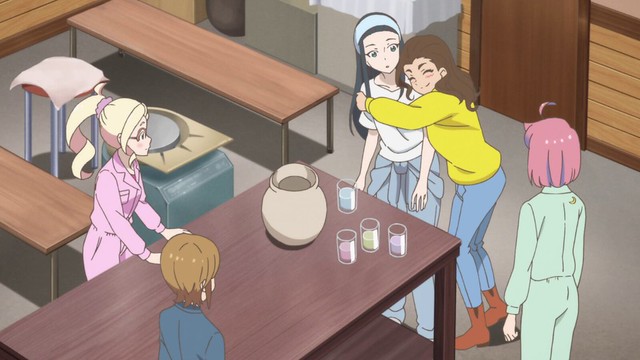 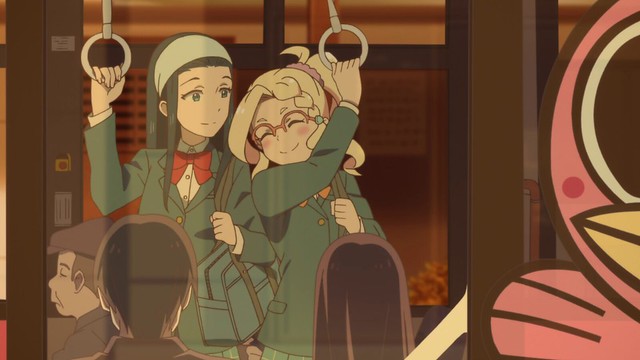 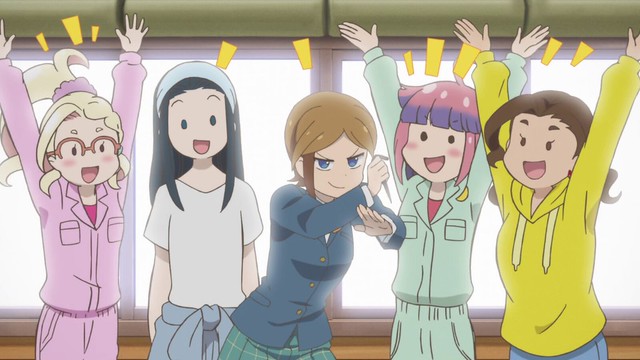 The main question about Niban Kama now that we have passed the halfway point is how Toko will handle her own doubts and face off against old friends in a pottery competition, as well as what Himeno ends up making: slice-of-life series such as these have traditionally been simple to follow, and the series’ themes are conveyed in a clear, direct fashion that results in a story whose outcomes is easily to spot. However, the merit of anime like Tamayura and Yakunara Mug Cup Mo is seeing how the end result is achieved. For instance, while it had been known that Himeno was going to enter the pottery competition in the first season, watching her find the inspiration to make a ceramic cushion, and then attempt to make a glaze reminiscent of her mother’s sculpture, couldn’t have been seen ahead of time. Watching this unfold and march towards the end is the payoff, since it shows that while Himeno might be following in Himena’s footsteps, Himeno still has her own agency, set of friends and path to guide her along, producing an experience that is uniquely her own. Niban Kama will doubtlessly follow in its predecessor’s footsteps and strike a balance between showcasing Mino-ware pottery, the best sights and sounds of Tajimi, and the path that each of Himeno, Toko and Mika will take towards creating pottery for their latest competition. Along the way, the Pottery Club will continue to discover ways of respecting their predecessors’ traditions while simultaneously capturing the new flair of youth and innovation, and with the promise of fierce competition from a rival high school’s pottery club, I imagine that sportsmanship might also figure in Niban Kama.