Tawawa on Monday 2: An Anime Short Review and Reflection

5 Comments Posted by infinitezenith on December 6, 2021

“So, your body’s changing. Believe me, I know how that feels.” –Steve Rogers, Spider-Man: Homecoming

Maegami manages to convince the teacher to take her to the beach, and the salaryman receives an invitation to visit a local farm that weekend, although he confesses that his neighbours’ love-making has been keeping him from sleeping well. Later, the junior and senior office workers spot the teacher buying an engagement ring, and the junior wistfully remarks she could get married. Maegami and the teacher soon move to a different apartment after the teacher proposes to her. Maegami later introduces herself to her new neighbours, Ai and her family. When the topic of relationships come up, Ai and her sister daydream about their ideal relationships. On lunch break, the junior and senior office workers watch a programme featuring cheerleaders. It turns out the lead cheerleader is also quite popular with her classmates, but is fond of teasing her childhood friend. On a company vacation, the junior office worker soundly defeats her senior in ping pong and share a conversation whilst in the baths. She wishes to go on another trip with the senior worker, causing their coworkers to wonder if the pair are seeing one another. While the cheerleader shows off her new swimsuit to her childhood friend, Ai’s friend accidentally wrecks Ai’s bra after attempting to lift Ai so she can clear the blackboard, and the two subsequently go shopping for a new bra. Finally, the day of Maegami’s wedding to the teacher arrives, and after the ceremony, Ai manages to catch the bouquet that Maegami tosses; Maegami wishes Ai the best in capturing the salaryman’s heart. The senior and junior office workers pass by, and the junior wishes she could get married. Later, Ai and the salaryman meet on the train en route to school and work, respectively, and both vow to do their best this week, too. Thus, Tawawa on Monday 2 draws to a close, bringing with it a series of endearing moments arising from what can be described as fateful encounters adapted from Kiseki Himura’s Twitter comic.

Whereas Tawawa on Monday’s first season focused on Ai, and occasionally presented other characters, Tawawa on Monday 2 has a narrative that weaves all of the different stories together. All told, Tawawa on Monday 2 suggests that the world is a smaller place than one might expect; the comings and goings in the lives of others may also impact one’s own life in unforeseeable ways. In Tawawa on Monday 2, Ai and the salaryman know of Maegami and the teacher. Similarly, the junior and senior office workers have also seen Maegami, even if they’ve not formally met, and the pair have also watched the cheerleader on television. These stories all appear disconnected at first glance: all of the relationships are in different stages. Ai and the salaryman are friends, although their thoughts wander towards romance. The junior is quite unaware that she’s making the senior uncomfortable with her suggestions about wanting a relationship, while the teacher and Maegami have accepted their feelings for one another and get married at the end of Tawawa on Monday 2. Despite these disparities, there is warmth and friendship in each dynamic: Tawawa on Monday 2 indicates that whether it be something as intimate as kiss before heading to work, or simply being able to run into one another on a busy Monday morning train, there are constants in life worth looking forward to. Moreover, one needn’t be in a relationship to find meaningful human contact, either; although it is clear that the childhood friend, senior office worker and salaryman do yearn for a proper relationship with their love interests, even just being able to spend time with those around them is enough of a reason to get out of bed, head out the door and take on a new week with one’s best. 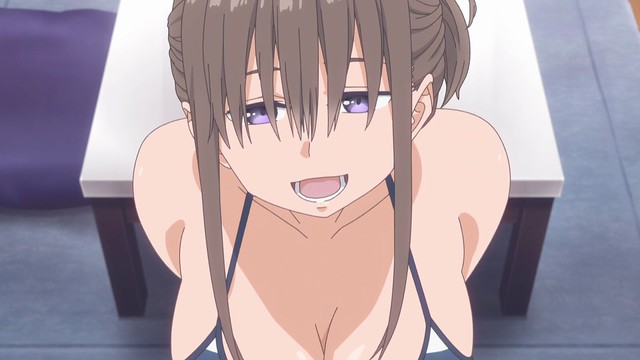 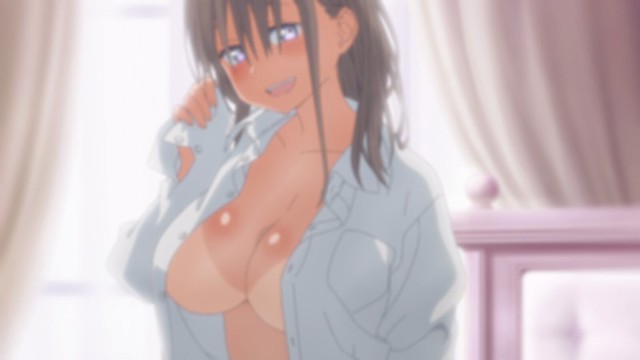 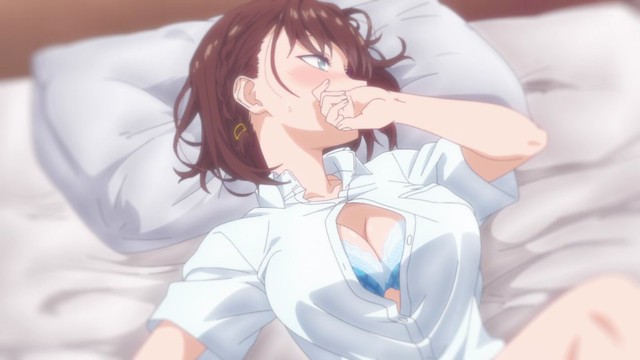 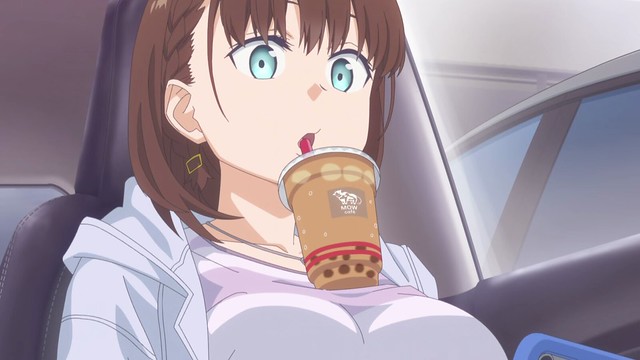 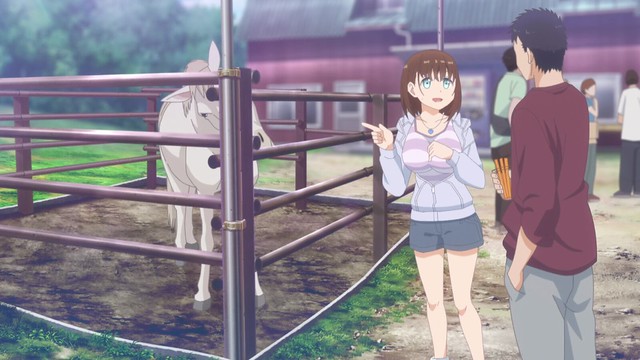 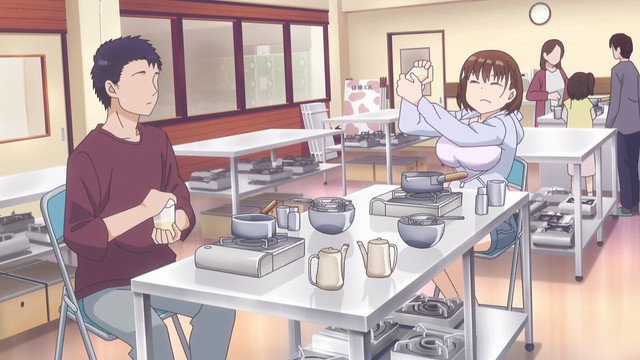 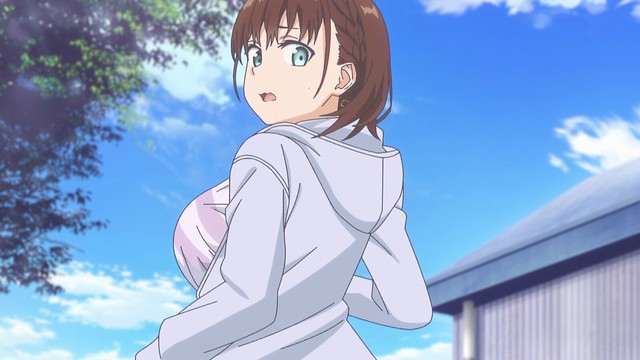 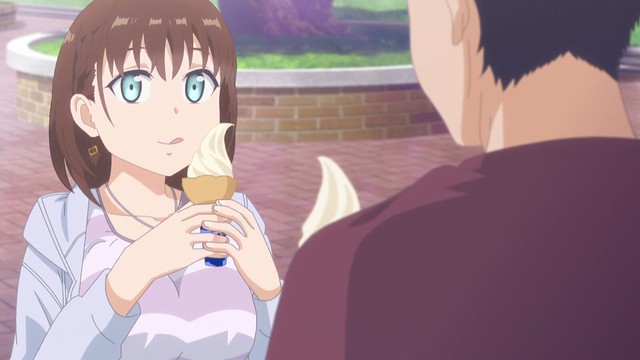 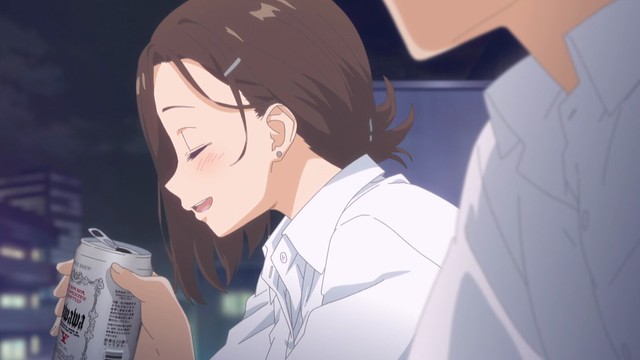 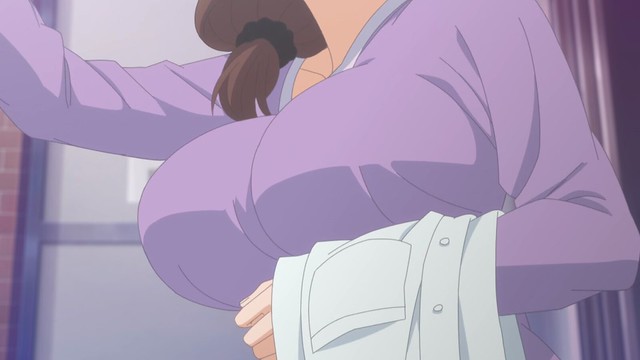 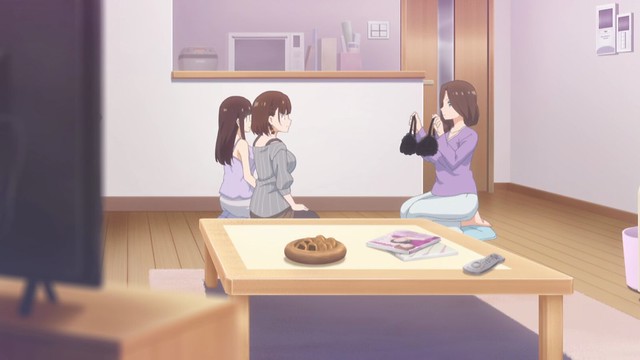 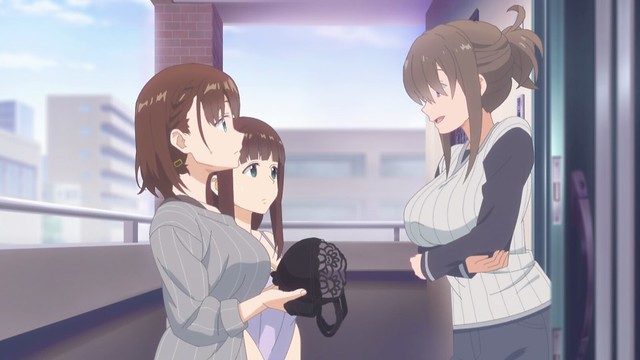 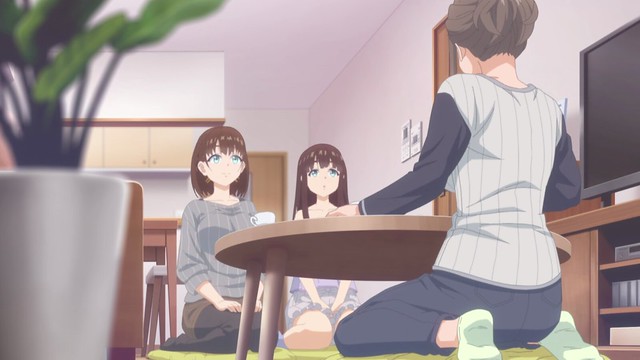 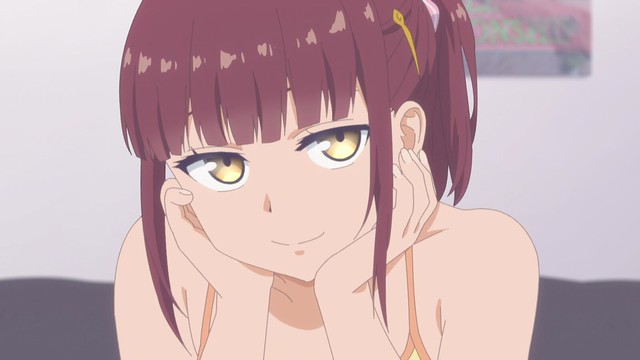 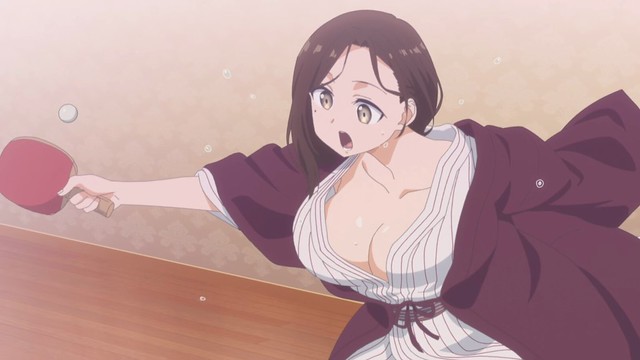 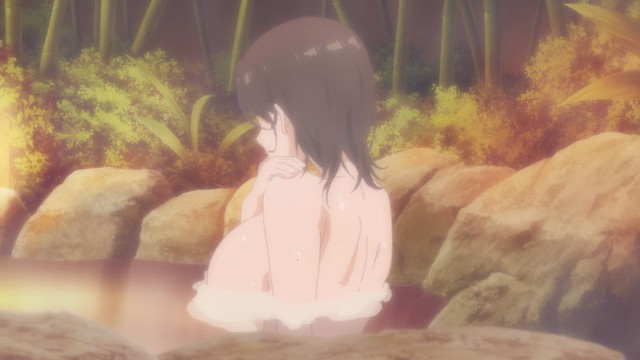 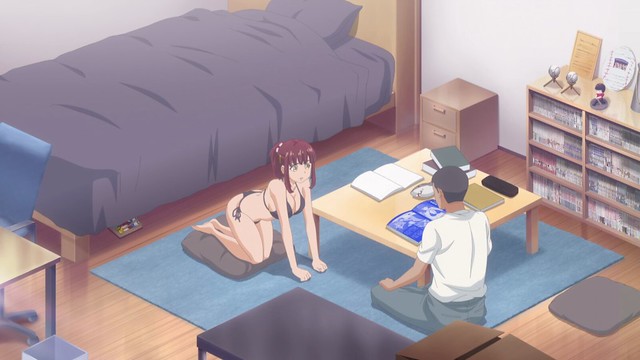 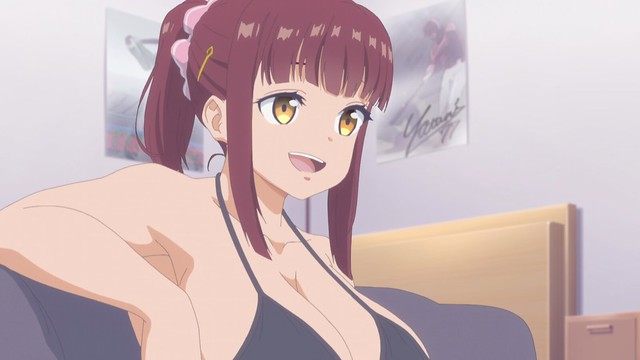 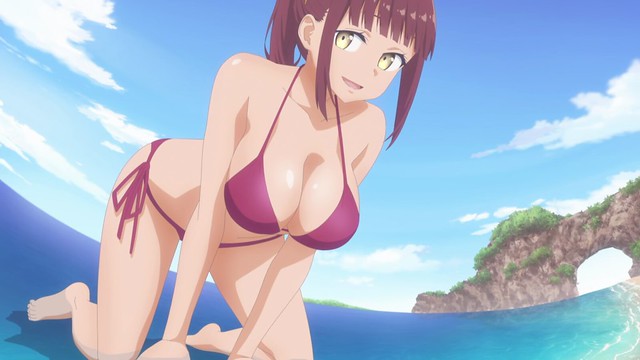 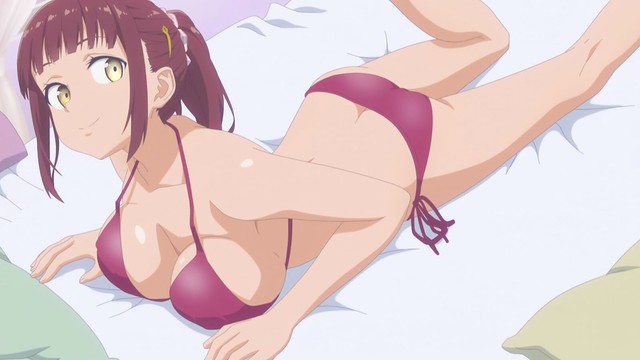 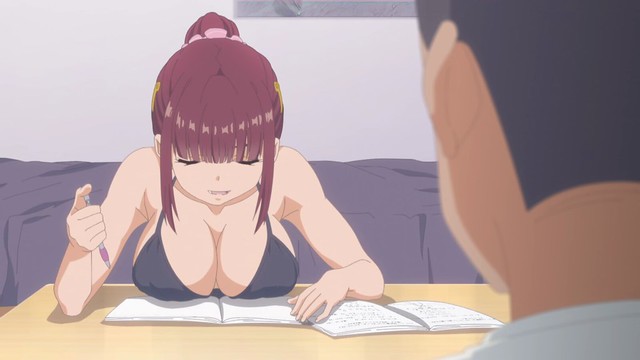 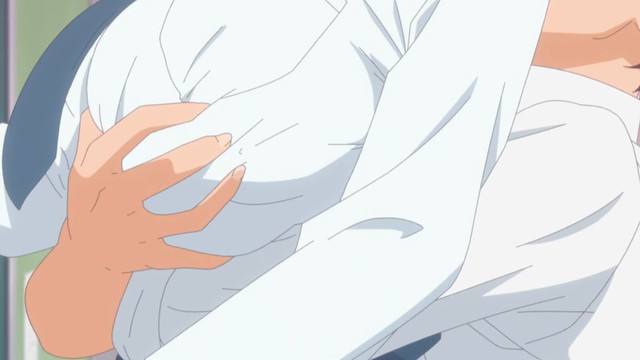 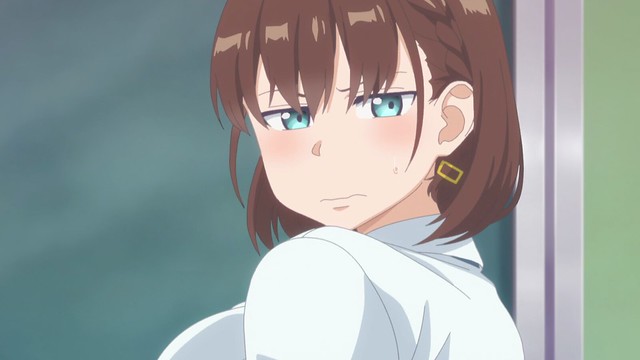 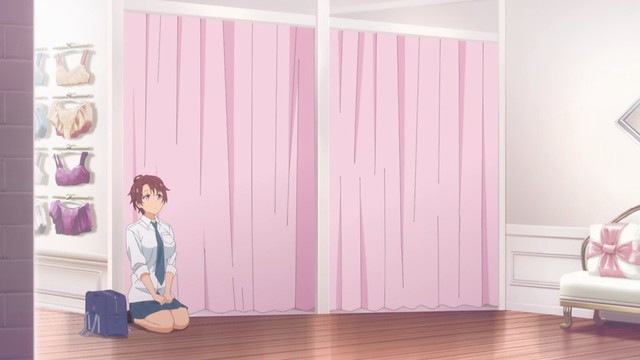 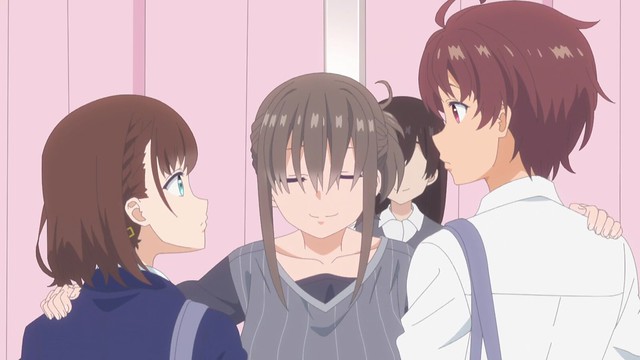 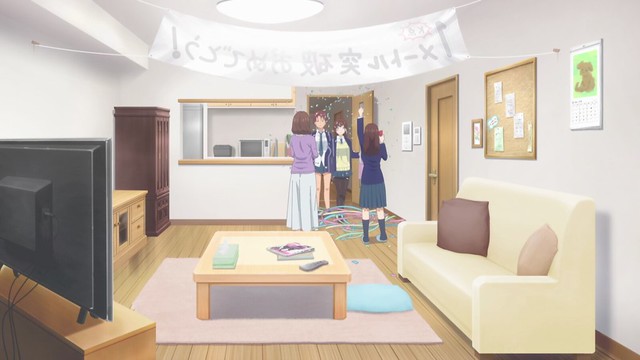 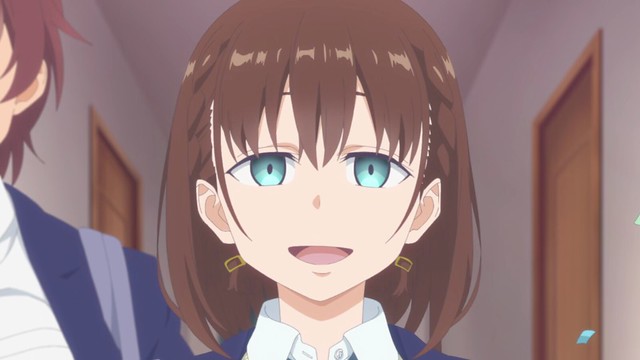 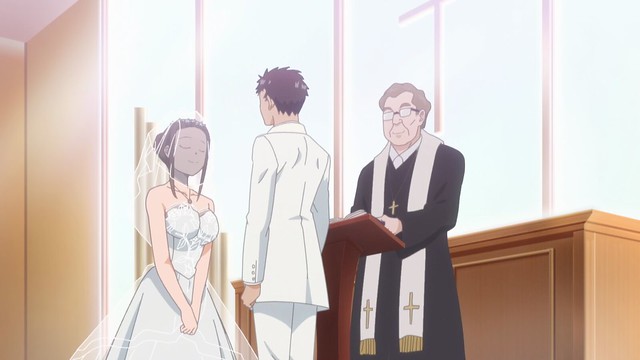 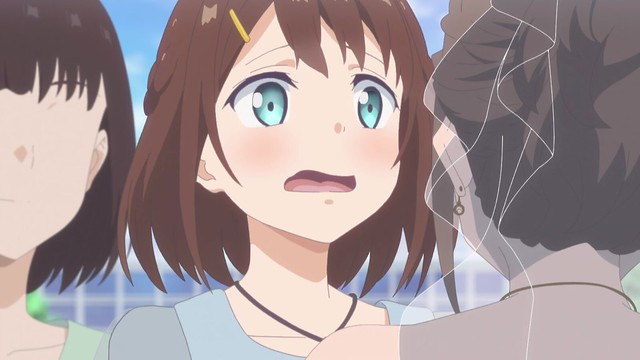 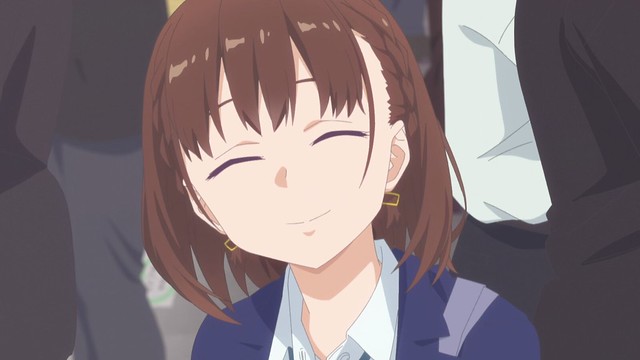 With Tawawa on Monday 2 in the books, it is clear that the first and second seasons are as different as night and day. The first season had been a ways more disconnected, resembling its origins more closely in that there wasn’t a cohesive storyline to follow. By comparison, Tawawa on Monday 2 still showcases glimpses into the characters’ lives, but everything is linked together by the fact that Maegami is getting married to her love; her experiences positively impact Ai and her sister, as well as give the junior office worker a bit of a push. The senior office worker has similarly spotted the teacher picking out an engagement ring, and finds himself wondering if he should ask out his junior. Ai also knows of the cheerleader, who in turn has been seen on a television program the office workers were watching. These connections mean that, compared to its predecessor, Tawawa on Monday 2 is a shade warmer; rather than a sense of empty longing, Tawawa on Monday 2 feels cozier by comparison. I imagine this is a consequence of the fact that the first season had simply been a set of original net animations meant to bring the original sketches to life, whereas by Tawawa on Monday 2, the series has been better established and therefore, able to really bring out the original feeling that Himura had been attempting to convey: not only does conversation bring a bit of joy into one’s lives, but they can also be a driving force behind bringing people together. Altogether, this isn’t a bad outcome for a series that is better known for teasing viewers with a world where bust size clearly does not adhere to the normal distribution: it is no joke when I say that, were Tawawa on Monday to have less-endowed characters, the series would still be effective in its conveying its messages. However, the curvaceous characters form much of the series’ appeal, and I imagine that, were Ai and the others a little less stacked, viewership for Tawawa on Monday would likely be lessened.

5 responses to “Tawawa on Monday 2: An Anime Short Review and Reflection”