4 Comments Posted by infinitezenith on January 2, 2022

“What do I know of man’s destiny? I could tell you more about radishes” –Samuel Beckett

Miho, Saori, Hana, Mako and Yukari head off to Ooarai’s Agriculture Department to deliver some documents for their representative, Jane, although they struggle to acclimatise to their horses, which were provided so they don’t have to walk. It turns out that the agriculture representative has missed a series of meetings, and as a result, is short a bunch of printouts. As Saori and the others travel further, the rice fields give way to the foothills. Here, they speak with a farmer who indicates that Jane’s in pursuit of a ruffian, and they press further into the desert. Although the task is lengthy, the girls soon encounter Jane in an old western town after hearing a gunshot. Their conversation is interrupted when Belle shows up, and after Belle fires a round that ruins the churros, Mako is angered. She confronts Belle directly, leading the others to come out and surround Belle. Belle in turn demands a one-on-one duel with Jane. Unfortunately for Belle, Jane’s the faster draw in the west, and she finds herself splattered with paint. Belle decides to make a break for it, but having learnt how to ride Choco properly, Saori captures her. As it turns out, Belle was wanted for the theft of daikon radishes. Belle takes Jane and the others back to a smokehouse, where she’s making iburigakko (smoked and pickled daikon); it turns out Belle had wanted to share some recipes with the school at large, but no one was willing to give her recipes a go. With the misunderstanding cleared, Jane agrees to help Belle secure daikon so she won’t have to resort to stealing them. Later that evening, Miho and Jane share a conversation: Jane’s interested in having some extra hands to help out, but Miho remarks that everyone’s got their own activities, and wonders if Jane would like to join Ooarai’s Panzerfahren team. The pair agree to go their separate ways, and Jane promises to support Miho’s Panzerfahren team before riding off into the sunrise. Tus ends Daikon War, the OVA accompanying Das Finale‘s third act that continues in Girls und Panzer‘s tradition of demonstrating how having the patience to talk things out is how conflicts can be resolved: once Jane understands what Belle’s intentions are, things quickly turn around, and Jane goes from hunting down Belle to helping her secure daikon for her recipes.

Besides being a heartwarming tale of how Girls und Panzer would see disagreements and misunderstandings sorted out, Daikon War also gives viewers a bit more insight into the School Ships within the Girls und Panzer universe. These vessels are gargantuan in scale: despite a length of seven-point-six kilometres and a minimum width of nine hundred meters, Ooarai’s Zuikaku is actually on the smaller end of things, and even larger school ships exist. The amount of deck space available allows entire towns and biomes to be hosted, and this in turn creates a limitless potential for adventure. Daikon War is one such example, showcasing a side of Ooarai’s school ship that we’d not seen before: it was fun to see how Ooarai’s Agriculture programme is large enough to encompass several different kinds of farming, and how students can also be involved in keeping the peace in larger areas of the ship. The Girls und Panzer universe is immensely intricate, and exploring things outside of Panzerfahren shows what other nuances exist in their world. However, Daikon War also creates a new challenge for Girls und Panzer. Zuikaku’s layout has been shown as being very consistent throughout Girls und Panzer; most of the deck is covered by the town, and the school is situated at midship. There’s a couple of forested hills on the ship’s starboard side, and at the bow, some fields can be seen. However, in Daikon War, Saori and the others ride through rocky, mountainous terrain reminiscent of the landscapes in Arizona. These areas aren’t visible from the top of the vessel, creating a minor bit of discrepancies in how the Zuikaku is laid out. This is one of the hazards about longer-running series: inconsistencies like these can result if older materials and newer requirements are not reconciled. In this case, the Zuikaku is not expressly shown as having desert areas, so one does wonder whether or not the school ship has undergone terraforming updates or similar. Of course, such details are probably only on the minds of fans like myself, who’ve been around the block for a while: Daikon War itself is a fun OVA that gives viewers a chance to see Miho, Saori, Hana, Mako and Yukari outside of Panzerfahren, hanging out with their classmates in a world that is quite similar to, but also quite unlike our own, and a few discrepancies hasn’t stopped me from being all smiles while watching this latest Girls und Panzer OVA. 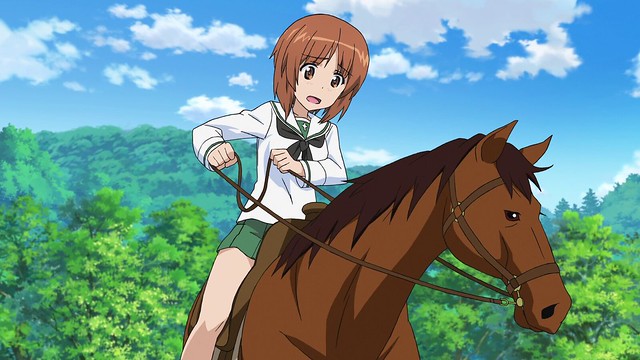 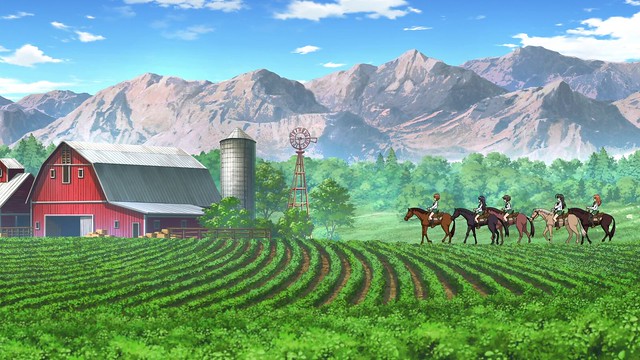 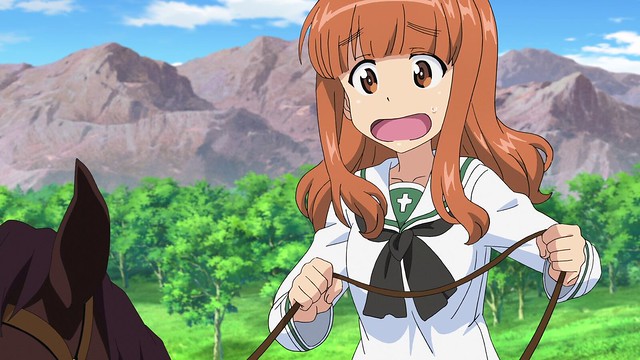 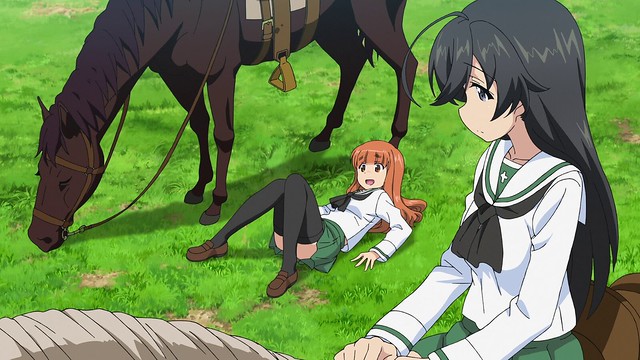 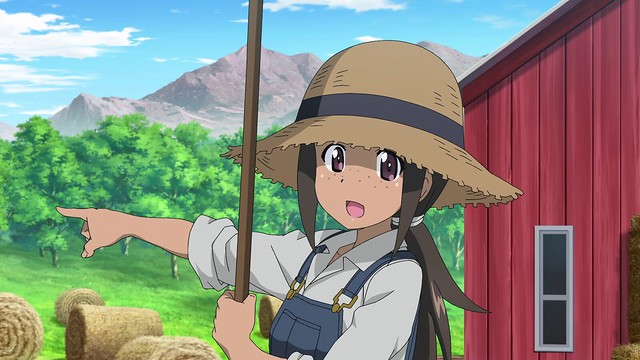 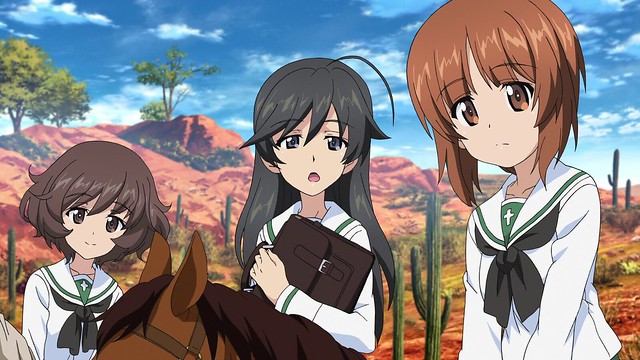 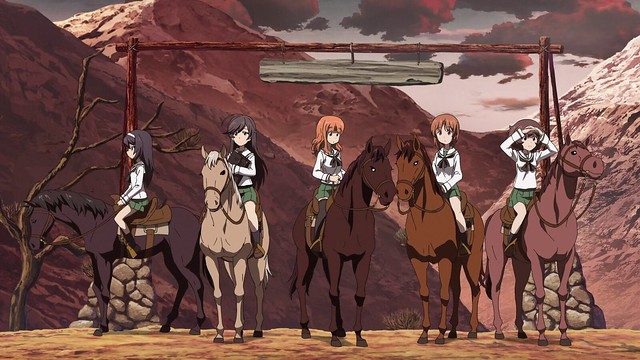 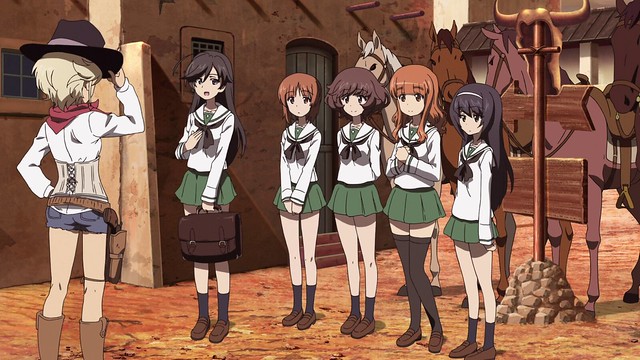 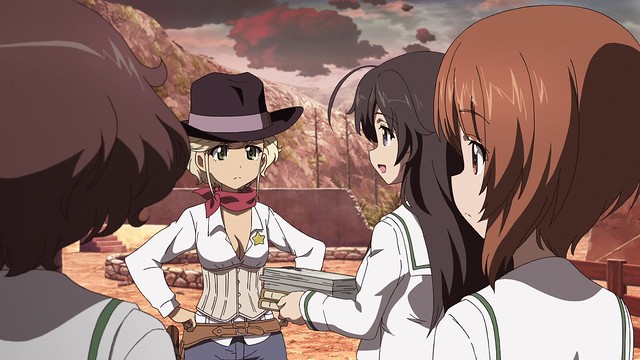 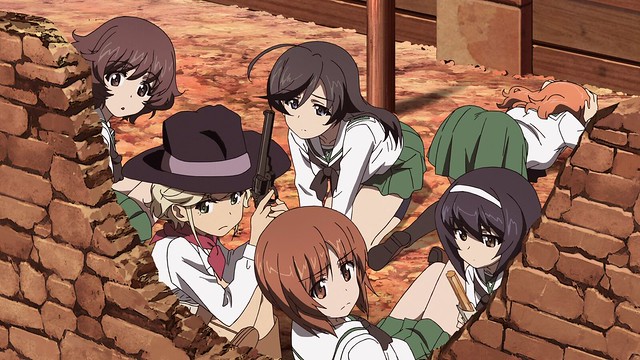 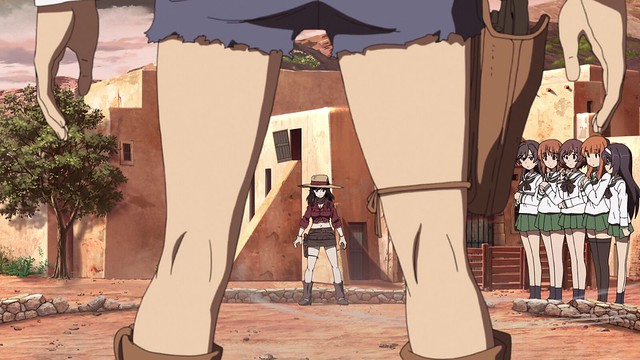 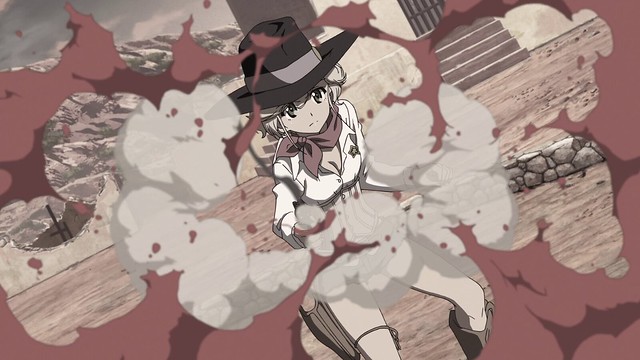 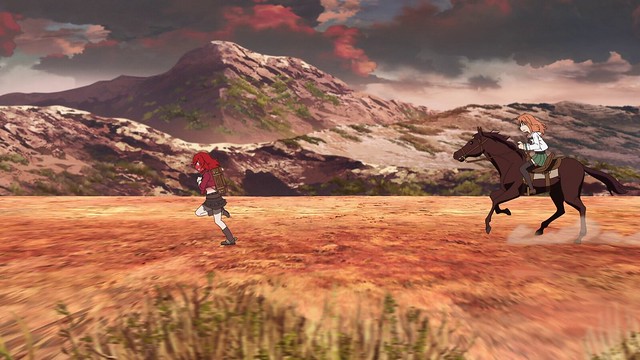 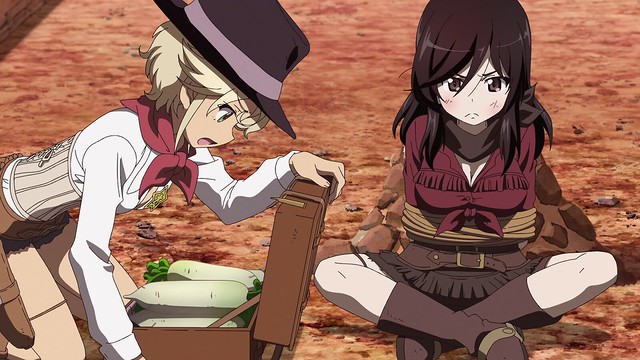 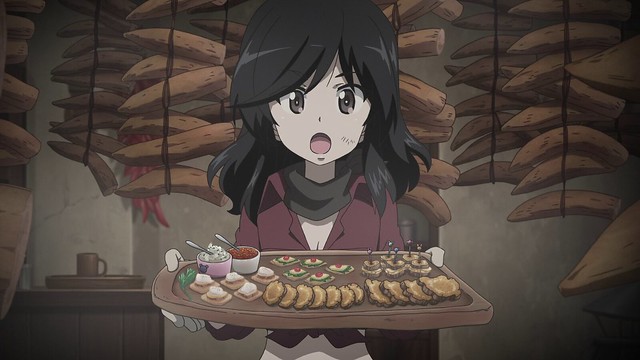 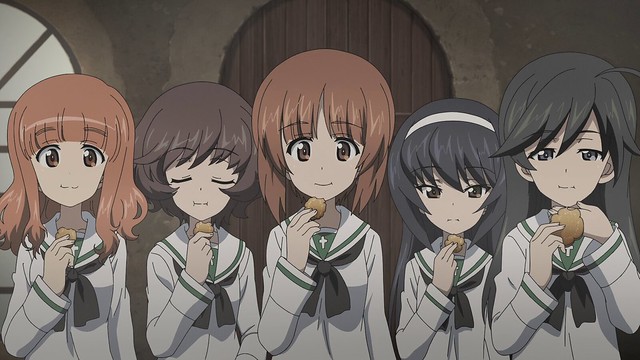 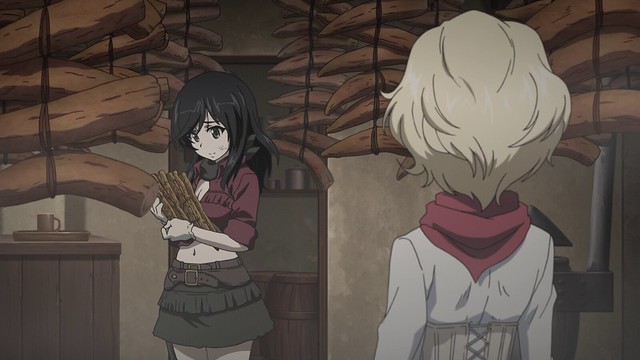 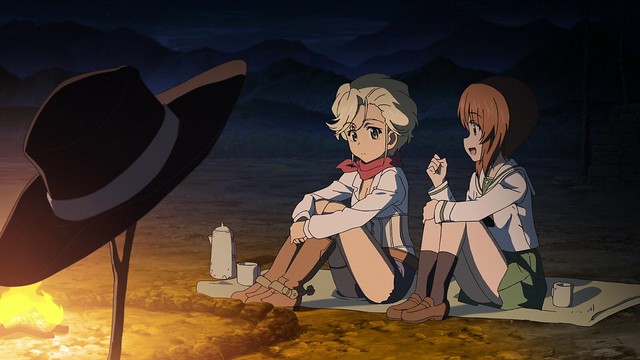 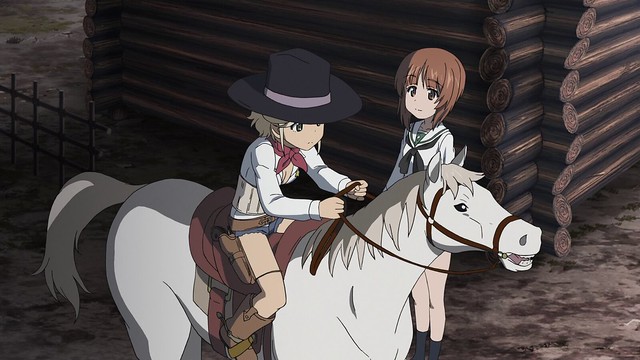 The immense successes that Girls und Panzer enjoyed over the past decade stems from a combination of a strong thematic piece, lovable characters and meticulously-researched armoured warfare details. However, through its OVAs, Girls und Panzer also shows that the potential for telling stories outside of Panzerfahren is unbound. OVAs such as these are prima facie frivolous and don’t add anything substantial to the series’ main themes, but their value is found in being able to give characters a chance to bounce off one another outside of Panzerfahren matches. One aspect of Girls und Panzer I’ve always enjoyed ware the slice-of-life moments; in Das Finale‘s third act, seeing the characters engaged in their usual duties, as well as taking it easy in between preparations for upcoming matches, provides unparalleled insight into the characters themselves. These moments hint at how different characters approach Panzerfahren, and suggest that how individuals’ dispositions are outside of their duties can greatly impact their actions when the chips are down. Seeing Mika build a snowman before a match both shows that she’s one to let her mind rest before a challenge, as well as how she believes that great ideas can come from anywhere, whether or not one is actively preparing or taking a rest to regroup. Similarly, watching Miho and the others venture into the heart of Ooarai’s farmlands shows that they’re a friendly and open-minded bunch. Saori has a talent for picking things up, and the normally laid-back Mako becomes all business if anyone messes with her food. Miho is also shown as being less shy than she’d been at the series’ beginning; she’s now able to carry a conversation and even consider inviting people to try Panzerfahren out. Altogether, these short OVAs are valuable to viewers for providing insights into characters and the Girls und Panzer universe in ways that Das Finale‘s main acts do not. The fact that Das Finale‘s second and third acts include an OVA serves to enhance the experience for those who choose to watch the series at home: these bonuses add to things in a way that just watching something at the theatrical première cannot confer.