2 Comments Posted by infinitezenith on February 28, 2022

“Win or lose, do it fairly.” –Knute Rockne

Prior to their match against Saunders, Miho and her friends visit a tank-themed café, where they run into Miho’s former classmate and her older sister, Maho. Later, Miho worries about the line-up Saunders plans to bring to the table, and Yukari decides to help her. The next day, Yukari is absent from practise, and the others decide to visit Yukari’s home to see how she’s doing. It turns out Yukari had been on a reconnaissance mission and was able to learn Saunders plans on deploying a Sherman Firefly, along with several Sherman tanks upgraded with a 76 mm cannon, in addition to the base Shermans. However, Yukari was burned during this op, and on the day of the match, Saunders’ commander, Kay, greets Ooarai warmly, inviting Yukari to visit normally at next opportunity. When the match starts, Saunders appears to have an almost-supernatural knowledge of Ooarai’s positions, and they keep the pressure on until Miho learns that Saunders had deployed a wiretapping balloon allowing them to intercept Ooarai’s transmissions. While Hana and Saori protest, Miho realises she can turn this to their advantage, and by communicating on their phones, Miho uses fake radio commands to lure Saunders into open areas, allowing Ooarai to take down their first tank of the match. With the advantage gone, Saunders’ flag tank becomes encircled, and upon learning that flag tank commander Alisa had used such methods, Kay orders four of her tanks to stand down in the name of fairness. Alisa regroups with Saunders’ main force, and Ooarai comes under fire; the M3 Lee and Type 89 are knocked out, leaving the Panzer IV and StuG III to cover Ooarai’s flag tank, the 38(t). Although seemingly out of options, Hana requests that Miho allow them to fire from a hill and end things decisively. Although Saunders’ Firefly takes them down, Hana was able to get a shot off that strikes Arisa’s flag tank squarely, bringing the match to an end. In the aftermath, Kay thanks Miho for a match well-played, and remarks that Panzerfahren is about sportsmanship and fair play, hence her decision to withdraw half of her fighting forces upon learning of Arisa’s radio tapping. While celebrating their first win of the tournament, Mako learns her grandmother was hospitalised, and Maho offers to take Mako over using their helicopter, noting that this is also a part of Panzerfahren. Meanwhile, Ooarai is scheduled to take on Anzio in their next round.

Kay’s approach towards Panzerfahren speaks to Girls und Panzer’s portrayal of integrity and honesty as being a vital part of what people do. As Panzerfahren is meant to be a martial art that cultivates graceful, strong-willed and compassionate individuals, it follows that the sport itself places an emphasis on sportsmanship, treating an opponent with respect, fighting a match with one’s best and accepting the outcome graciously. Darjeeling had not spoken of this topic after she’d beaten Miho and her team during their exhibition match, but the gesture of sending Ooarai tea was meant to show that Darjeeling similarly respects the traditions of Panzerfahren. Thus, when Arisa resorts to something like wiretapping to gain the upper hand, Kay immediately responds by balancing the odds out: as she says, Saunders would’ve likely won in a straight fight, but this victory would not have been representative of their true skill or capability. Instead, by ordering several tanks off the field, Kay is ensuring that, if Saunders wins, they are able to win of their own merit, skill and creativity, rather than through strength of numbers or equipment usage alone. Such a mindset speaks volumes to both sports and life in general: a victory earned though honest, sincere means is the highest possible victory because it was attained purely through what one brings to the table. This is why flag tank matches are employed in Girls und Panzer‘s National Tournament: a capable team, although out-gunned and out-numbered, can utilised clever tactics and adaptive strategies to offset disadvantages and earn their win anyways. In doing so, Girls und Panzer openly endorses the idea that the principals of Panzerfahren (and sports) applies to real life: fair play is how one discovers their limits and capabilities, and winning through honest means show that one’s skill is at a satisfactory level as to have earned a win. Similarly, Kay indicates that there is no shame in losing to a team that has won fairly, and that there are many ways to fairly practise Panzerfahren: she promises sit Arisa down later to review the latter’s decision, showing that sometimes, those who employ below-the-belt practises may have things backfire on them, hence the importance of approaching something with integrity. 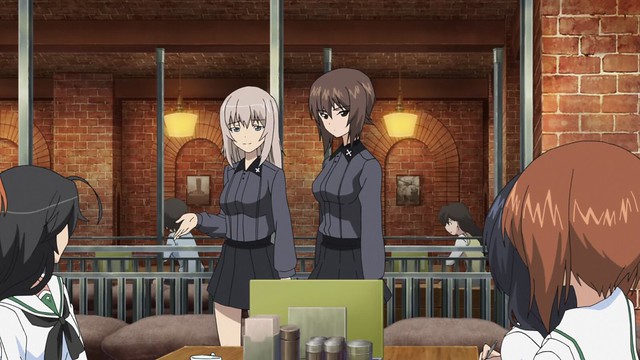 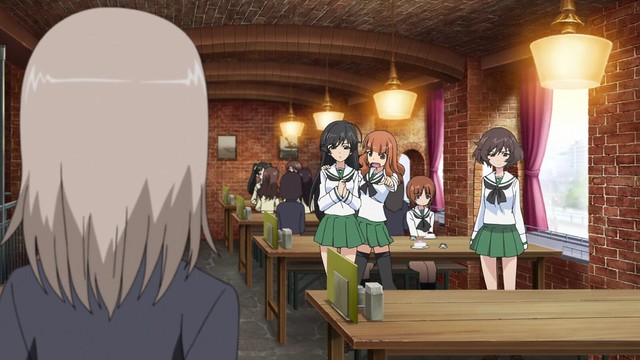 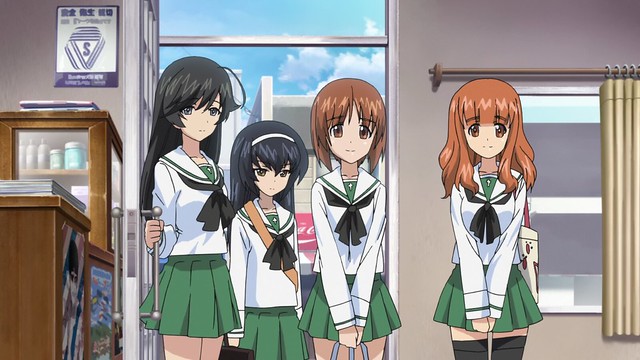 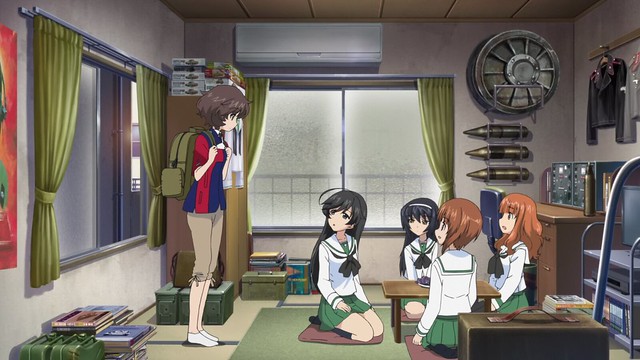 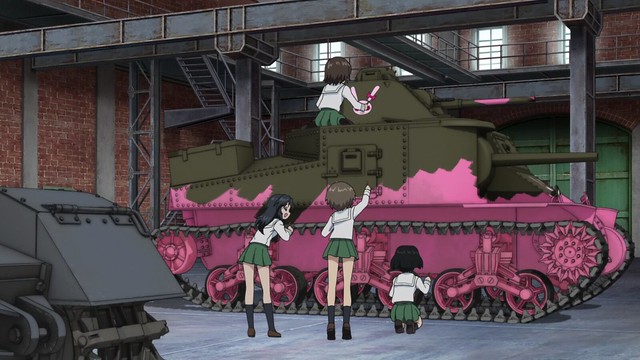 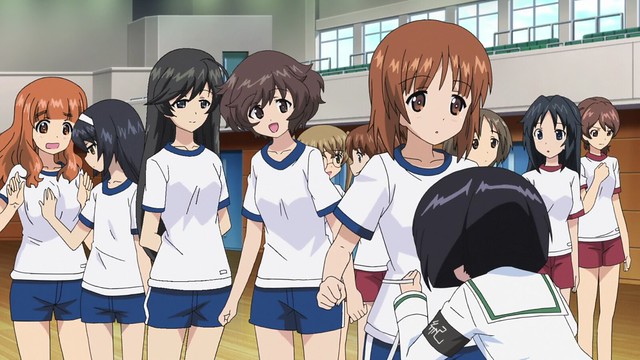 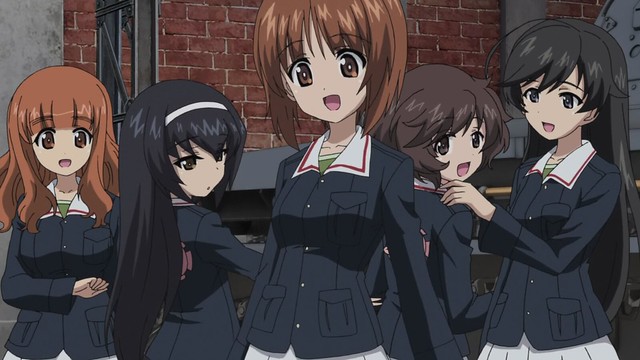 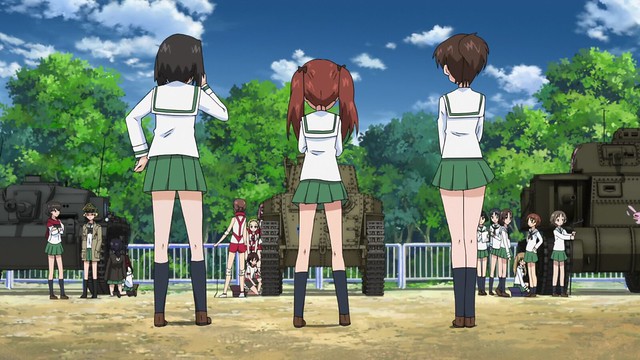 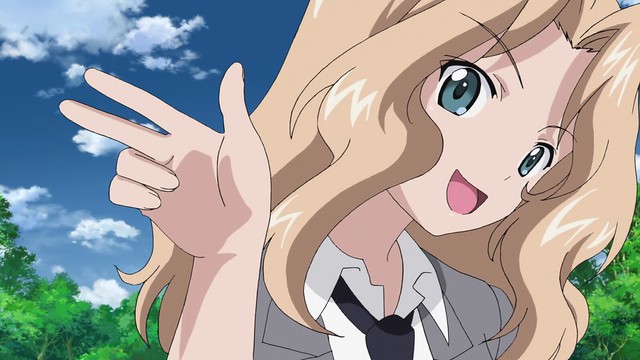 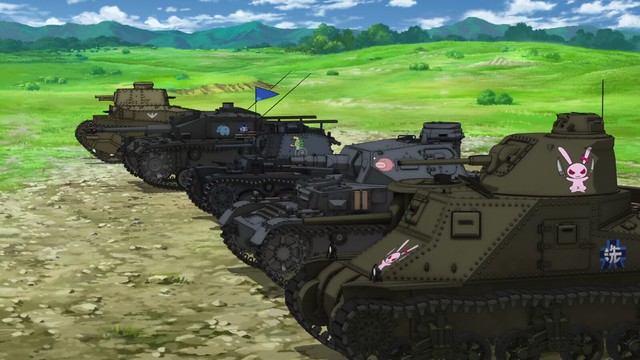 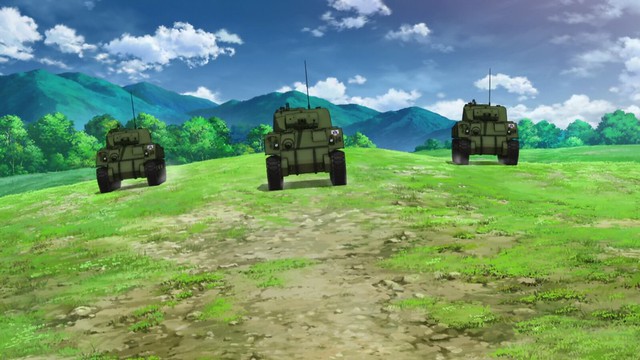 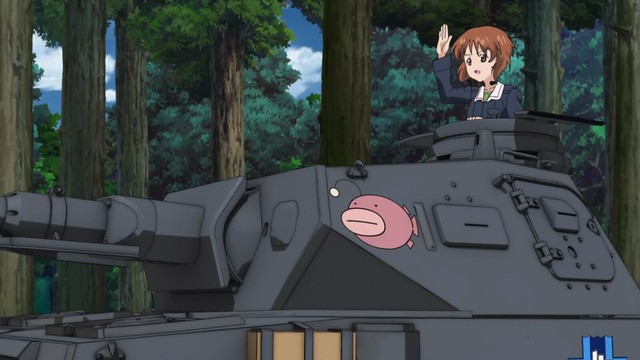 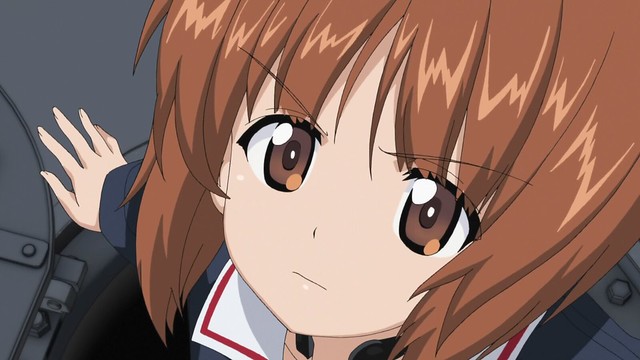 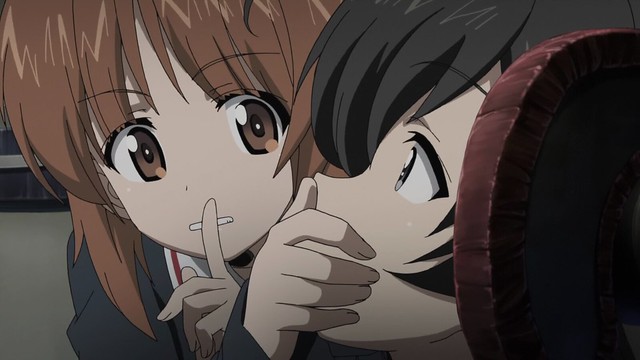 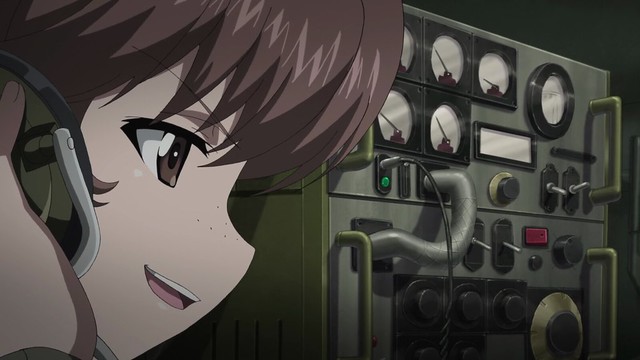 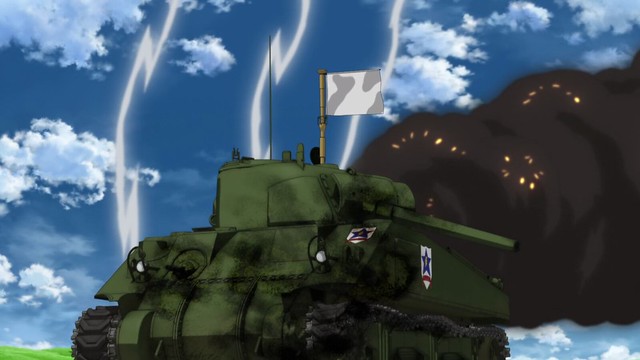 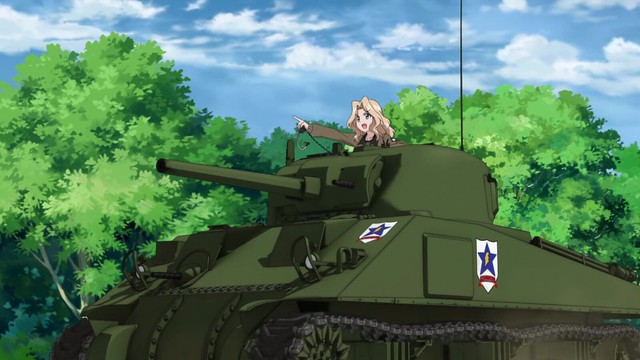 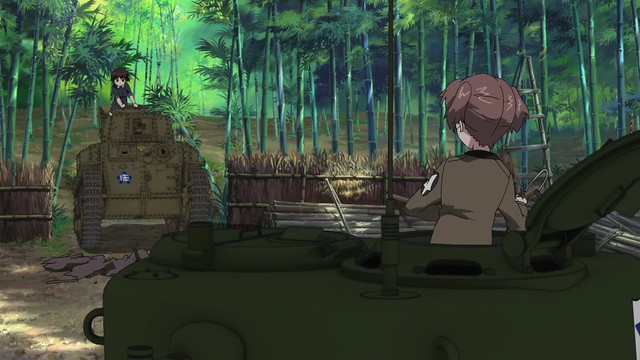 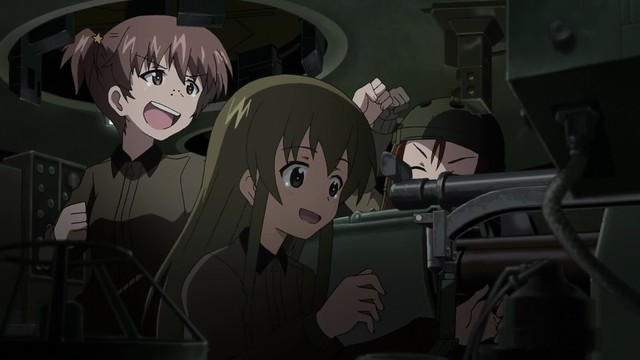 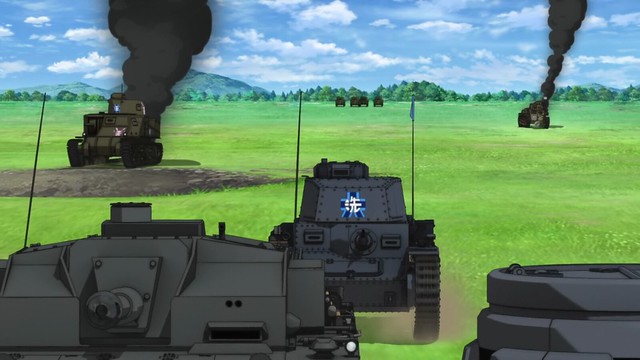 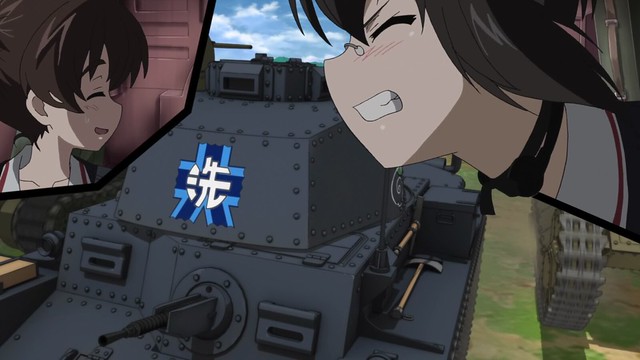 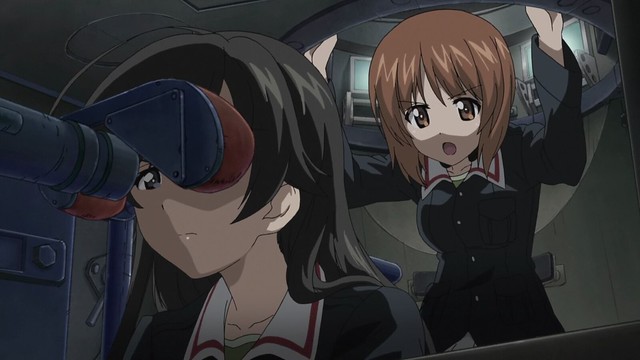 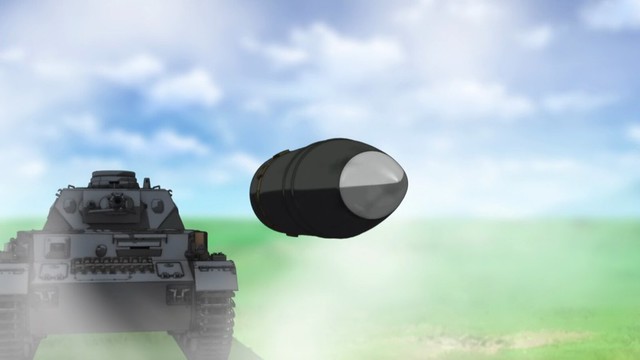 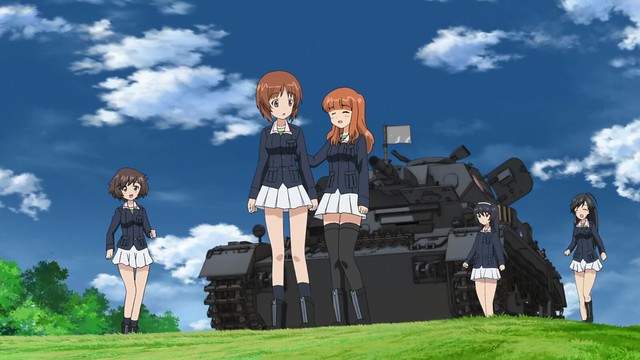 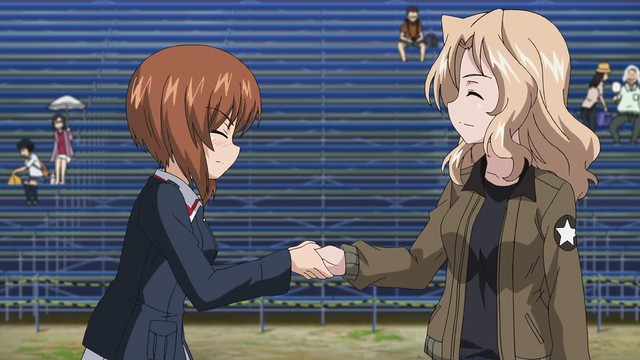 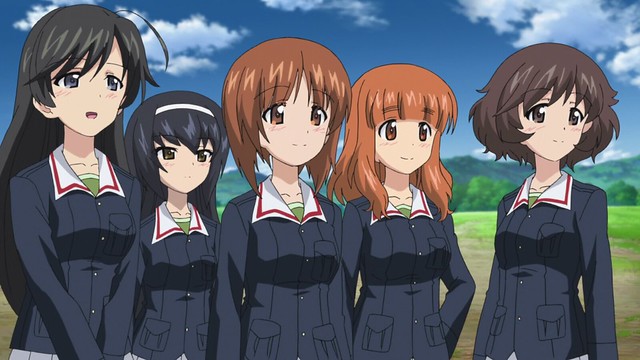 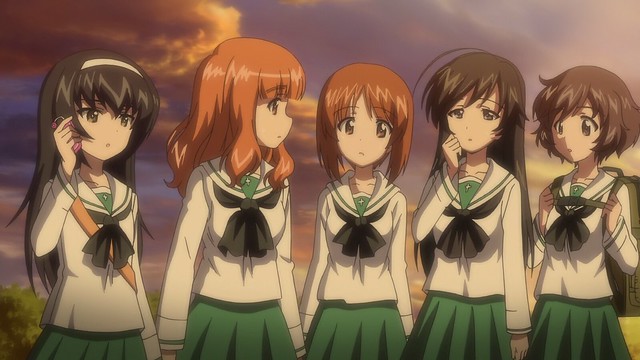 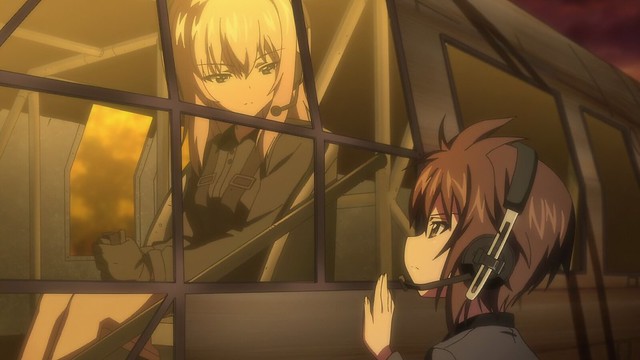 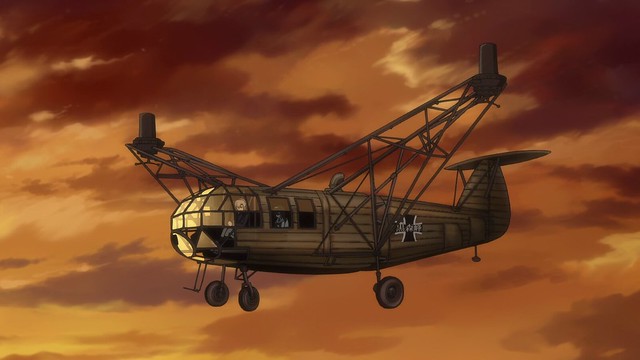 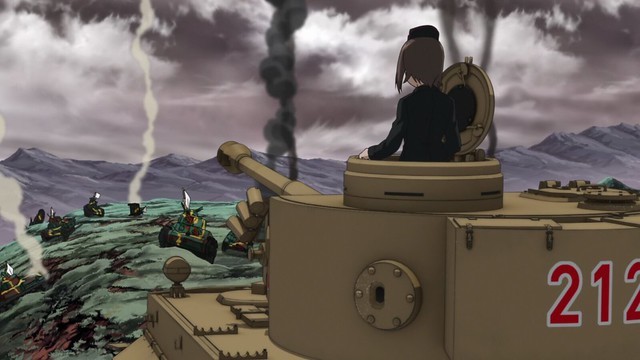 Although Girls und Panzer plainly espouses integrity and sportsman-like conduct, at first glance, it would appear as though Black Forest’s Erika and Maho do not adhere to these principles. When meeting Miho for the first time in a few months, Erika openly disparages Ooarai’s program and claims that weaker teams should be barred from participating if they sully the name of Panzerfahren, implying that Miho’s methods are crude and unsightly. Erika’s claims seem to also suggest that there is only one proper way of approaching Panzerfahren, standing in contrast with Kay’s belief that Panzerfahren can be approached in the way best suited for the individual. Consequently, Erika’s attitudes toward Miho and Panzerfahren has led to the impression that Black Forest as a whole is arrogant, but can put their money where their mouth is. In turn, this led to Black Forest being branded as villains by period viewers. However, such characters would stand contrary to what Girls und Panzer‘s main themes are, and there are several hints in this scene that indicate Maho, Erika and Black Forest do not contradict Girls und Panzer‘s central message. The first is how Maho’s only comments throughout the entire meeting was to express surprise Miho’s returned to Panzerfahren, and the second is how readily she suggests that Mako be allowed to board their helicopter for a quick flight over to the hospital that Mako’s grandmother was admitted to. While she might appear otherwise, Maho is actually a compassionate and caring person who worries about Miho’s happiness, and understands that kindness is also a part of the lessons they learn. That Erika accepts Maho’s request to fly Mako out without resistance similarly hints at her own personality: it is evident that she greatly respects Maho, and so, her comments towards Miho were a consequence of her own assumptions of what Maho is looking for. Because Maho is so taciturn, it becomes difficult to spot how she’s feeling, and it’s clear that Erika’s biggest shortcoming is her desire to be accepted. In this way, Erika is to Maho what Yukari is to Miho. Both are lonely individuals who loved tanks and only found friendship after meeting their respective Nishizumi sister. The only difference is that Maho probably finds it tricky to indicate she’s grateful to Erika, leading Erika to step up her boot-licking, whereas Miho openly expresses thanks for what Yukari does, encouraging Yukari to be her best self. In this way, it is not a fair assumption to claim that Maho and Erika are villainous; Girls und Panzer strives to show how, thanks to sportsmanship and integrity, even the most intimidating opponent is, at the end of the day, human; that there is greater merit in befriending, rather than antagonising, one another.

2 responses to “Revisiting Girls und Panzer: Saunders, Sportsmanship and Spotting The Compassion of Maho Nishizumi At The Halfway Point”