Project Wingman: Navigating An Escalating Conflict At The Halfway Point

“When you have once tasted flight, you will forever walk the Earth with your eyes turned skyward, for there you have been, and there you will always long to return.” –Leonardo da Vinci

To degrade the Federation’s war-making capabilities, Hitman Team strike at a Cordium extraction facility they’ve captured. Monarch faces off against the Federation’s elite squadron, Crimson Team and only barely manages to flee. Cascadia later secures a prototype Federation battleship, Eminent Domain. This warship has unparalleled weapons and mobility rivalling that of a destroyer. Hitman Team is tasked with providing air support for Eminent Domain and repels both Federation naval and air forces alike. In desperation, the Federation launches cruise missiles to destroy the ship, but Hitman Team succeed in shooting down these missiles, allowing Eminent Domain to rendezvous with Cascadian coast gaurd vessels. Hitman Team subsequently sorties to intercept Federation transports over the Zhirov Air Corridor, where they down multiple Federation aircraft and even an elite Federation unit sent out to intercept them. Despite the carnage, Hitman Team avoids civilian casualties: the airspace in the Zhirov Air Corridor is busy with commercial flights, and Hitman Team managed to exercise caution when engaging their quarry. Ahead of a major offensive to shut down the Federation’s Solana Communications Array, Monarch is deployed on a solo mission to disable Federation anti-air defenses. This clears the way for Sicario to launch an attack on this joint Cascadia-Federation installation; Hitman Team handles close-air support in addition to striking several key facilities, in turn allowing Sicario to capture the entire installation and take it offline. This has a knock-in effect in shifting the course of the Cascadian Conflict: the Federation lose most of their communications advantage and become disorganised, allowing allied forces to take back Federation-occupied land. Meanwhile, as Federation mistrust of Cascadian natives grow, their command replaces most of their armed forces with non-Cascadians, prompting these soldiers to join the Cascadian independent forces. Thanks to Hitman Team, and Monarch’s contributions, the Cascadians are able to prevent the Federation from winning strategic battles, speaking to something that has long been a part of the Ace Combat series: the right team in the right place can shift the tide of an entire war.

Having now had the chance to unlock several more aircraft in Project Wingman, it becomes clear that this game’s single strongest point is the fact that, unlike Ace Combat, aircraft can equip multiple special weapons. While this had been known to me since the alpha demo and when I’d first started, the options available with respect to special weapons allows players to define how they wish to approach a given mission. For instance, the F/D-14 has three sets of hardpoints for special weapons. As an interceptor, the F/D-14 initially sounds like it’s best suited for long-range anti-air combat: one can equip long-range semi-active radar-guided missiles and multi lock-on missiles and dedicate their arsenal fully for anti-air engagements, allowing one to pick off targets from a distance. However, the second and third special weapon slots can also equip unguided bombs for anti-ground operations. In missions with a heavier anti-air component, selecting a single set of semi-active missiles and a pair of multi lock-on missiles allows one to snipe planes at a longer range or target multiple foes at once. Missions with a larger anti-ground component can be handled by doubling up on unguided bombs. In this way, the planes that one picks can be configured to fare better in missions even where its type might not be as suited. The F/D-14, for instance, is versatile enough for dogfights and ground attack missions despite being best used for longer-range engagements. While one might be left at a disadvantage based on their loadout, Project Wingman doesn’t punish players for which tools they choose to carry with them into a mission; instead, the game rewards players for knowing their tools and managing their arsenals well. In doing so, Project Wingman sets the expectation that, with sufficient skill, one could use their aircraft in scenarios that, at first glance, leave players at an incredible disadvantage, but in spite of this, a determined pilot can still come up successful nonetheless. This sort of freedom, to approach a mission however one likes, is one of the key strengths in Project Wingman, and in the end, while one’s choice of aircraft and special weapons can make a difference, at the end of the day, whether or not one stands triumphant boils down to how well they know their aircraft and the basic weapons, which should not be underestimated. 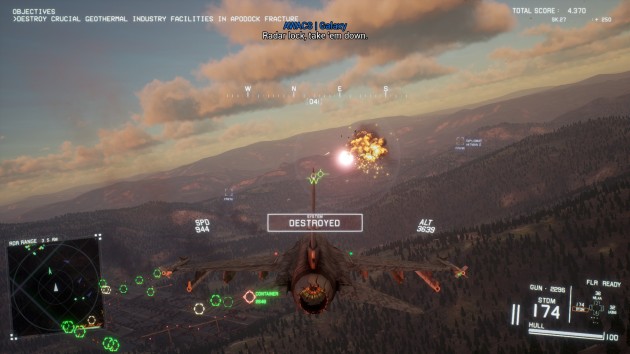 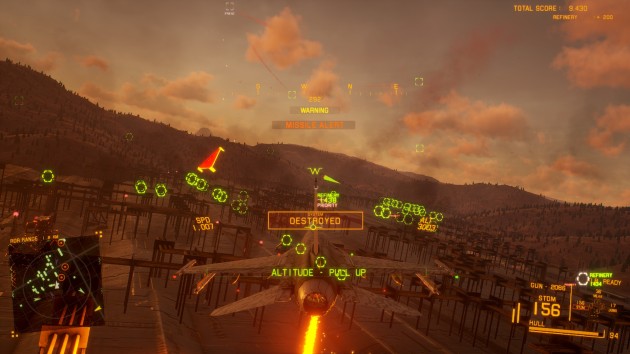 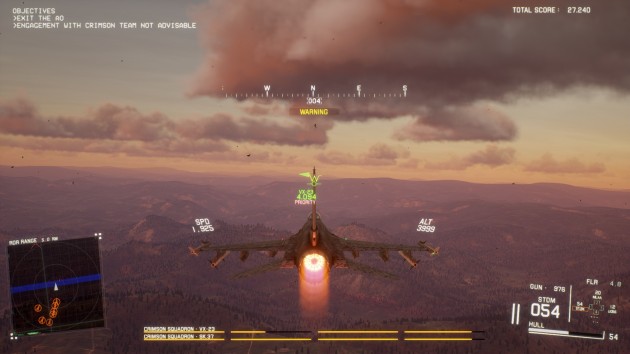 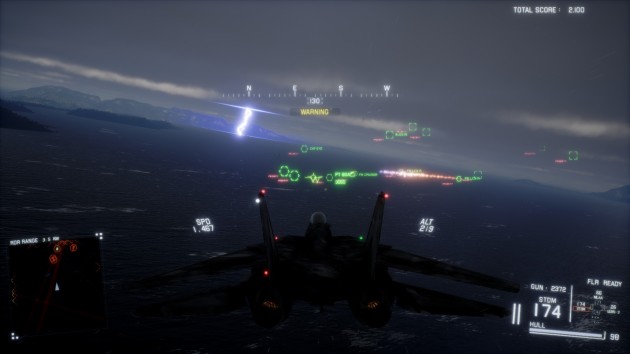 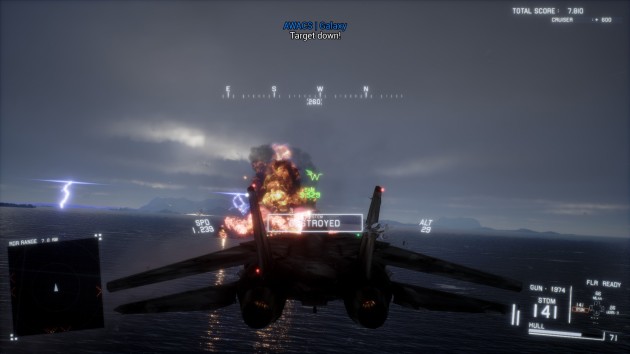 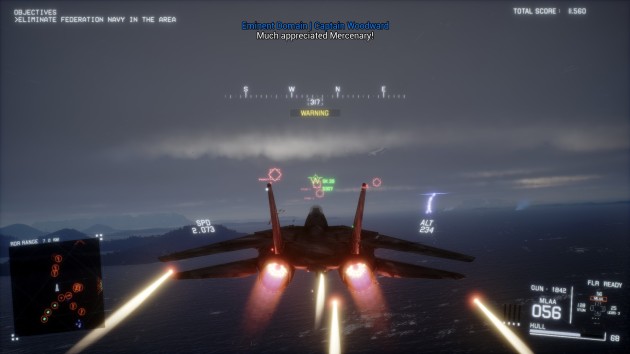 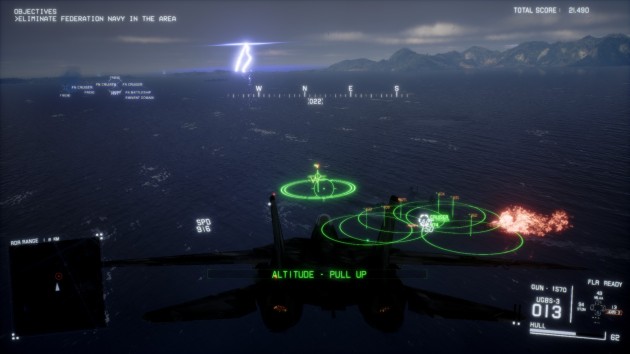 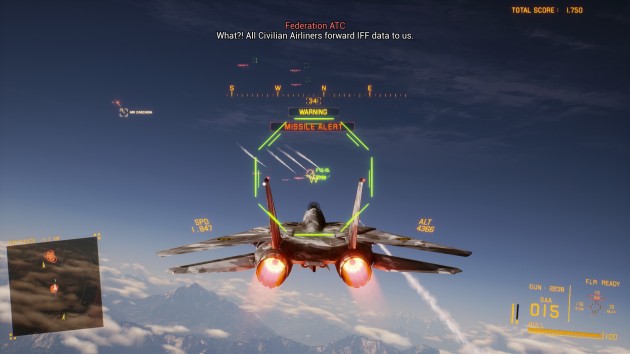 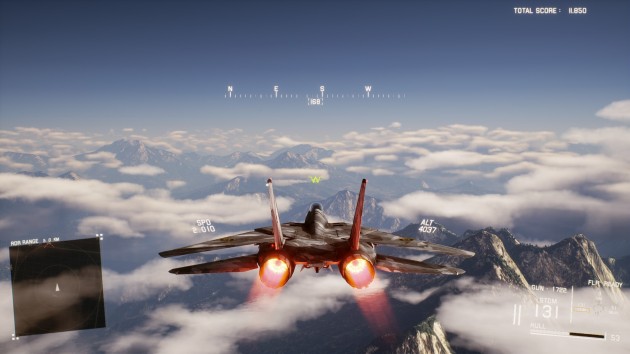 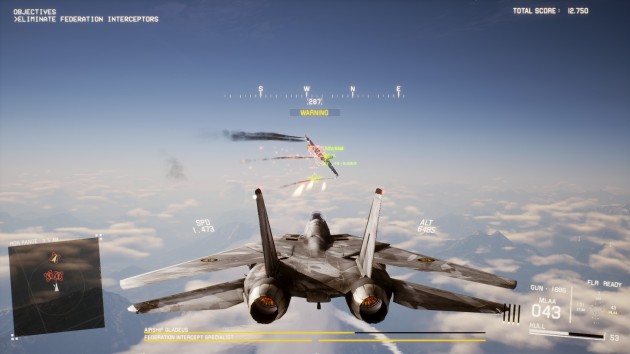 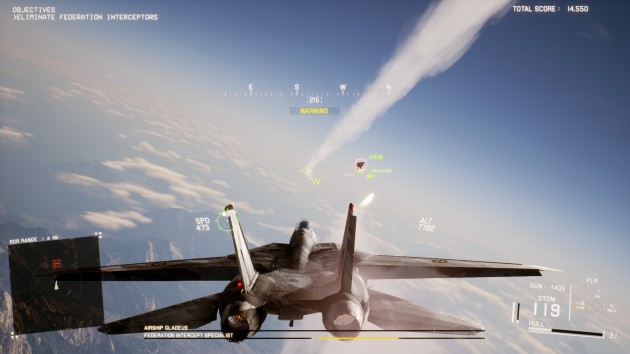 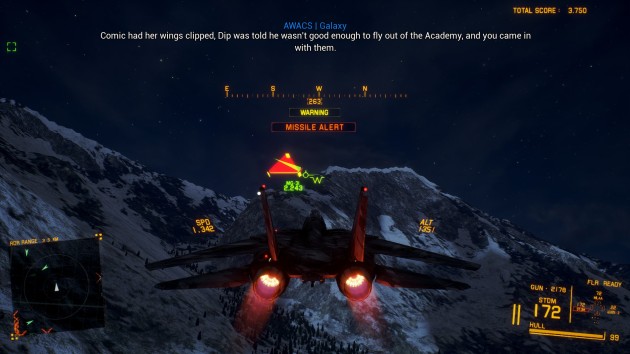 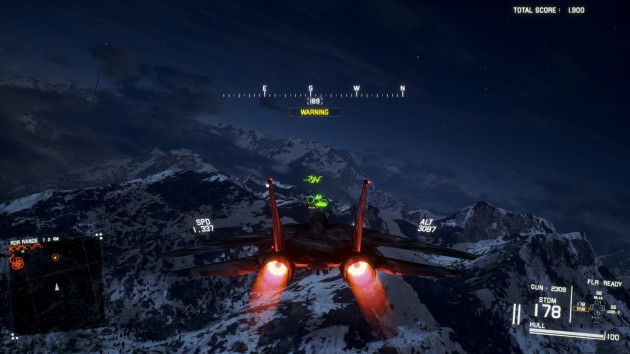 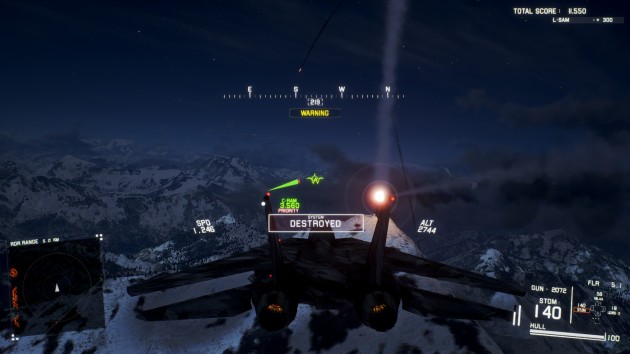 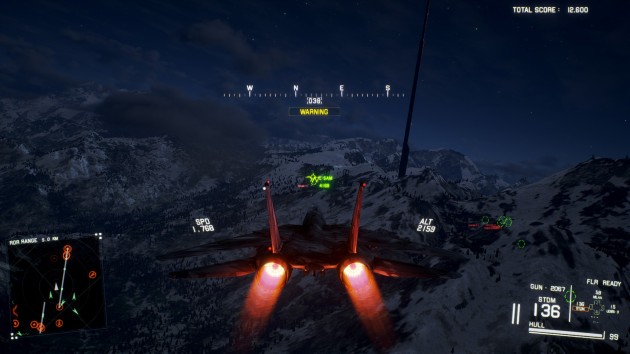 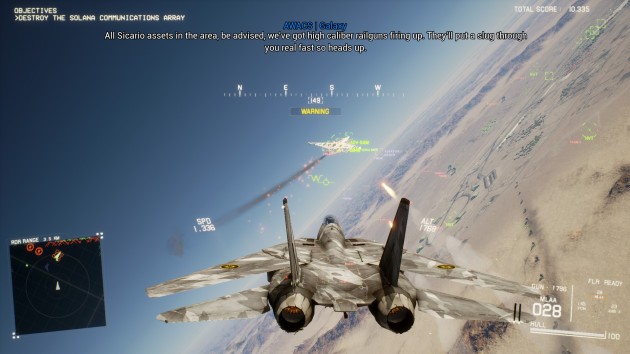 Whereas Ace Combat games feature a variety of mission types during their campaigns, from escort missions and evading enemy radars, to canyon and tunnel missions, Project Wingman‘s campaign missions are limited to one type only: destroy everything on the map, and then handle whatever elites or prototypes the Federation sends at the player. At first glance, this is to Project Wingman‘s detriment: a little variety helps to make every mission unique and memorable. However, in practise, while every mission tasks players with destroying stuff, what makes each mission exciting are small nuances that subtly change the aesthetic and feeling in each level. The sixth mission entails fighting off Crimson Team for the first time, while the seventh surprises players by having them fly above the storm to intercept cruise missiles. The eighth mission forces players to be mindful of their targetting, and mission nine requires players to carefully plan their approaches to destroy Federation anti-air assets placed in narrow ravines behind mountain ranges. The overall objective might be to simply hit all enemy targets, but these almost imperceptible differences, in conjunction with the fact that each mission has a distinct and vividly-rendered setting, leaves each mission feeling fresh, novel and engaging. This is yet another example of how Project Wingman has managed to do more with less, and as I move through the campaign, it is clear that the community’s calling Project Wingman a worthy alternative to Ace Combat holds weight. To the casual observer, Project Wingman could very well be a sequel-in-development to Ace Combat 7: despite a few rough patches with the visual quality in some places, Project Wingman looks great and handles even better. I remain very surprised, but impressed, that Project Wingman was put together by a single developer on a team of three: this game far exceeds expectations for what is possible with independent developments, and triple-A studios should sleep with both eyes open owing to the fact that excellent independent games like Project Wingman exist at all. If a team of three could put together and release a stable, engaging and well thought-out game of this calibre, there is little justification for why a team with tens of people and millions of dollars of budget cannot do the same.

2 responses to “Project Wingman: Navigating An Escalating Conflict At The Halfway Point” 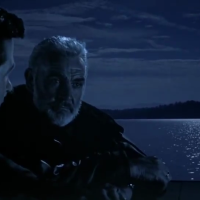