“No family is perfect. We argue, we fight, we even stop talking to each other at times, but in the end, family is family. The love will always be there.” –Unknown

Capitalising on the time Katyusha has allowed for the surrender, Miho sets her teammates with repairing their tanks and asks Yukari, Mako, Riko and Midoriko to help with reconnaissance – in order to plan out their next move, Miho needs to know how Pravada’s tanks are organised. The two teams come back from their assignment with the tanks’ locations plotted out, but upon noticing her teammates beginning to lose hope amidst the cold winter night, Miho begins performing the Anglerfish dance to give her teammates hope. When Pravada’s emissaries return, Miho remarks that they’d prefer to see the match through to the end. Surprised, Katyusha prepares to do battle with Miho, but Miho surprises her by aiming straight for the most heavily fortified position in Katyusha’s cordon. This unexpected move catches Katyusha off-guard, and Ooarai’s tanks are able to disperse. Nonna uses her IS-2 to pick off several of Ooarai’s tanks, and Miho authorises Yukari’s offer to perform more reconnaissance. Once she locates Pravda’s flag tank and learns it’s been circling the village, away from the combat, she relays its position to Miho, who orders the Hippo team into position. Duck team manages to evade a crushing blow from the Pravda tanks long enough for the StuG III to take out Pravda’s flag tank, ending the match. In the aftermath, Katyusa thanks Miho for a match well-played and promises to watch the finale. Ooarai advances to the finals, where they will square off against Black Forest, Miho’s previous school. Black Forest is renowned for fielding heavy German tanks in large numbers, so the student council continue their search for new tanks. They find a Japanese Type 3 Chi-Nu and receive offers from several gamers to operate it; they become Anteater team. By this point in time, the mechanics club have also finished bringing the Porsche Tiger online, and the student council pick up a Jagdpanzer 38 conversion kit. Hana later invites her friends to a flower arrangement exhibition, where it is revealed Hana’s mother has reconciled with Hana after becoming impressed with how Hana is now able to express her own individuality in flower arrangement. On the day of the finale, Darjeeling, Kay and Katyusha appear to wish Miho all the best. As Ooarai and Black Forest greet one another prior to starting the match, Kōme Akaboshi approaches Miho and thanks her for having saved her crew during the previous year, as well as expressing relief that Miho’s still in Panzerfahren. When the match starts, Ooarai find themselves under fire almost immediately. Erika takes aim with the intent of ending the match in seconds, but when Anteater struggles with their tank, they inadvertently take the shot meant for Anko.

Despite its portrayal of Shiho as being a very strict practitioner of Panzerfahren, and Black Forest’s reputation as an efficient, devastating opponent to fight against, Girls und Panzer continues to steer the atmosphere in a direction to remind viewers that at heart, this is a series about sportsmanship and respect for one’s opponents. At the finale itself, Miho has the chance to meet with all of her previous opponents anew: Darjeeling has shown up to greet Miho and compliments her on having found a way of not only winning matches, but winning hearts and minds of those she faces in competition. The reason why this is so important is because this appears to be the heart of Panzerfahren. Kay is similarly excited to see what Miho has up her sleeve, and perhaps most surprisingly of all, Katyusha has appeared to support Miho whole-heartedly, asking Miho to provide the most exciting match that she can. The reason why Miho is able to win hearts and minds of her own teammates and those she faces off against is because she’s humble, considerate and thoughtful. To Miho, what comes first is looking after those around her, and so, when her teammates fight alongside one another with such devotion and conviction, the cohesiveness is visible even to her opponents, inspiring them and encouraging them to improve, as well. Miho’s brand of Panzerfahren isn’t about overwhelming firepower, unwavering defense, relentless advance or gimmicks, returning the sport to its origins and placing an emphasis on supporting one another through teamwork. It is a sincere expression of compassion, sportsmanship and acceptance, one that Ooarai’s opponents do not encounter in matches, and in this way, all of Ooarai’s opponents view Miho as someone who finds ways of rallying her teammates together to create uncommon solutions to problems they face, which in turn, creates variety and excitement in a sport that has previously been very regimented and structured along each school’s themes and their respective doctrines. In having each of Darjeeling, Kay and Katyusha show up, Girls und Panzer similarly reminds viewers that Panzerfahren is not warfare, and that sportsmanship, integrity and honour are the highest traditions of this sport: as important as it is to be adaptive, creative and decisive in matches, treating one’s opponents with respect is even more important. Girls und Panzer would not be able to convey its themes if Black Forest and Shiho stood as the lone exception to this rule, so even as Ooarai takes on Black Forest in the finale, it stands to reason that even Black Forest and Shiho observe these traditions, even if Girls und Panzer has not yet given them time to demonstrate this as vividly as Darjeeling, Kay and Katyusha do. 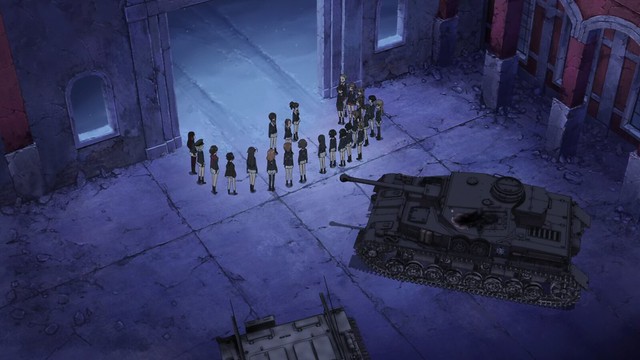 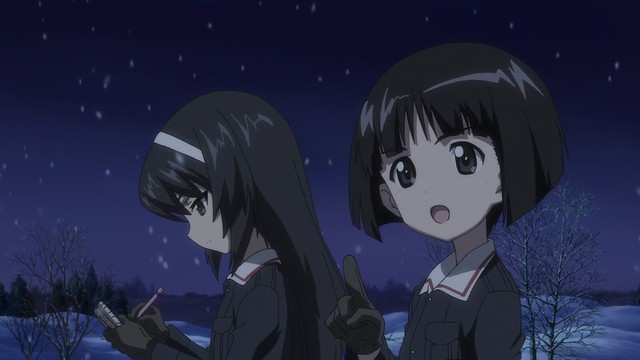 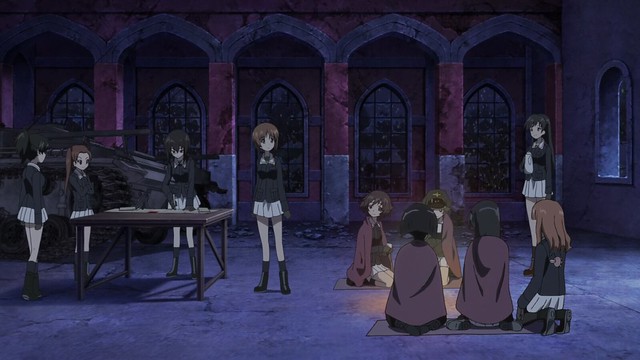 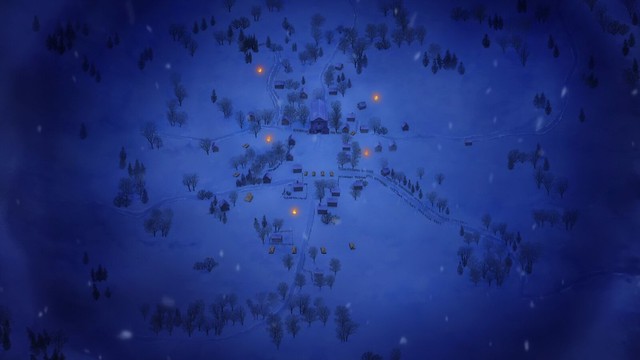 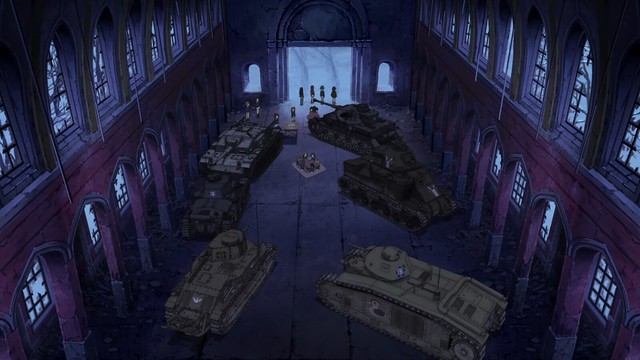 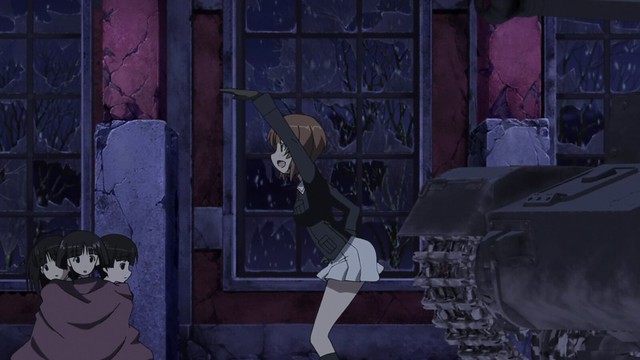 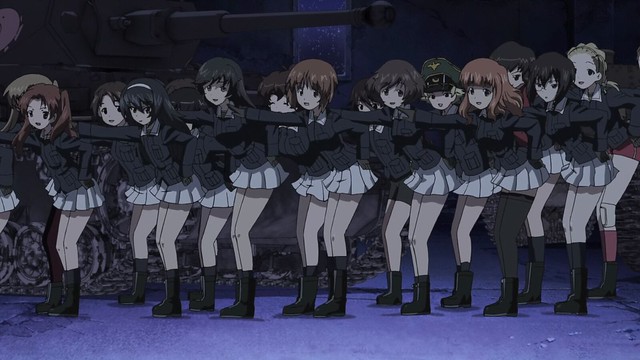 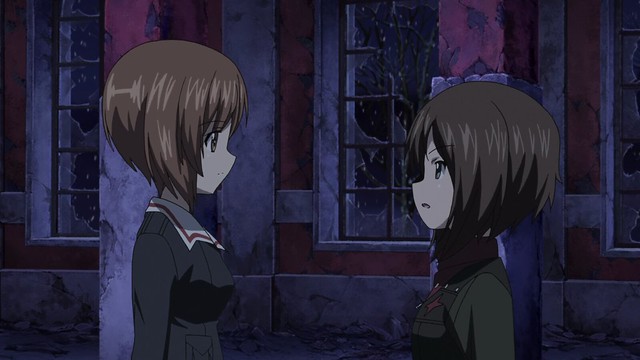 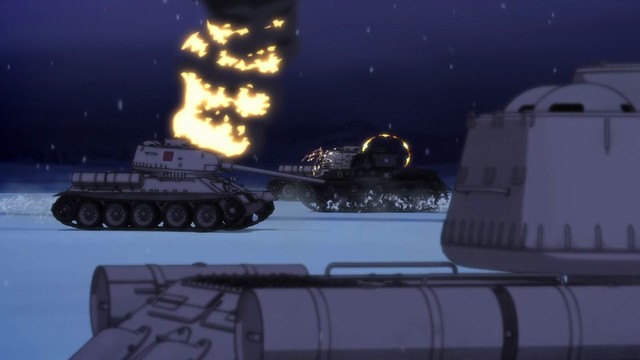 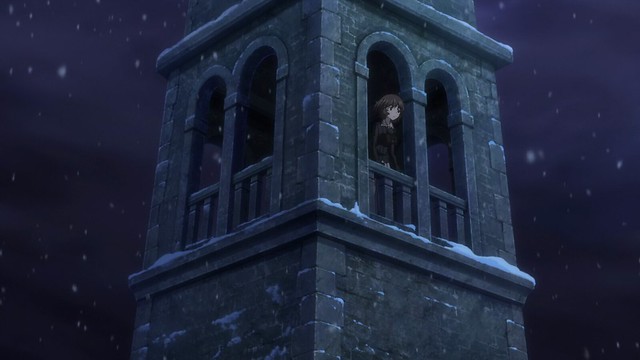 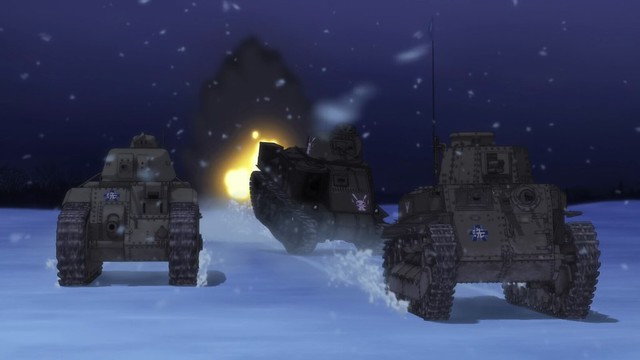 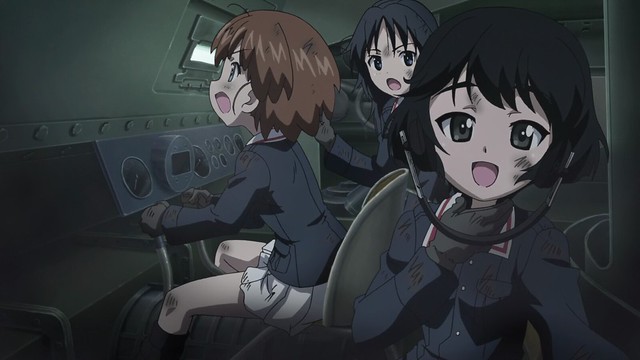 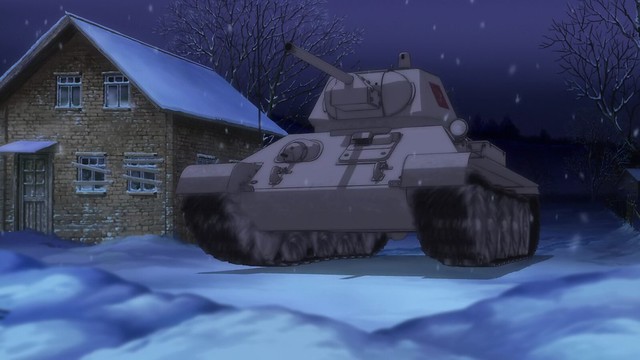 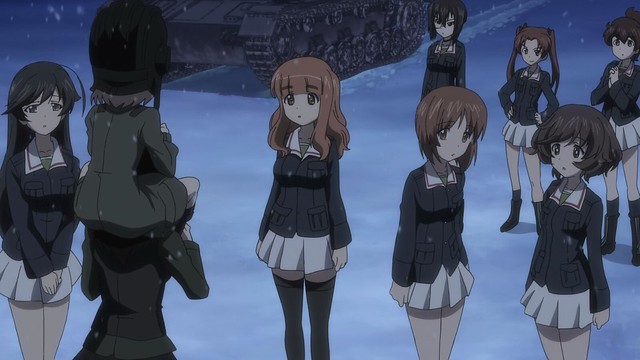 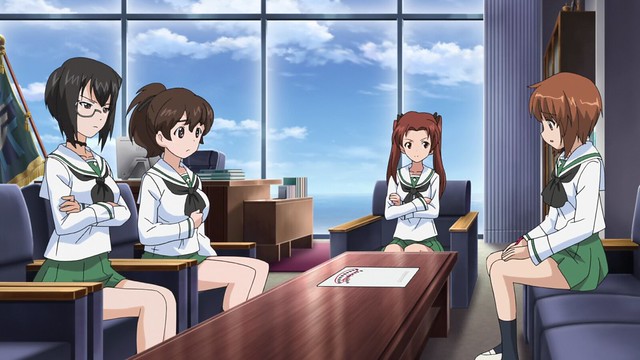 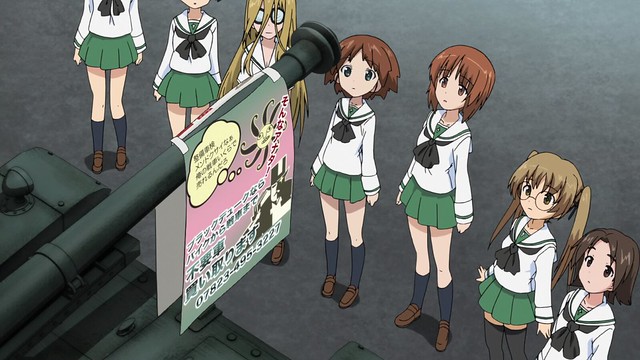 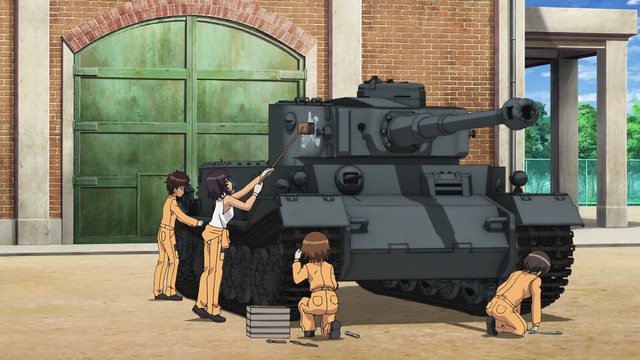 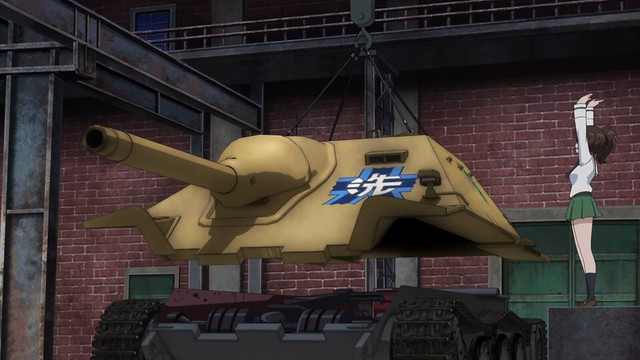 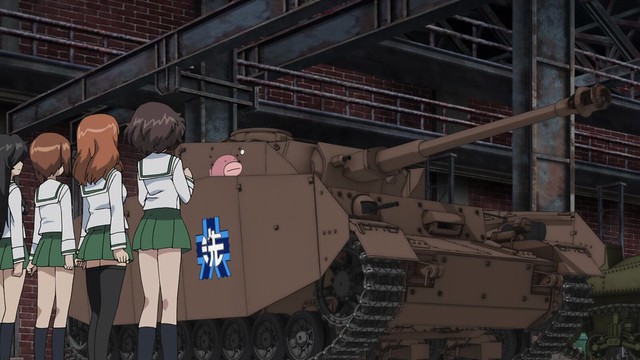 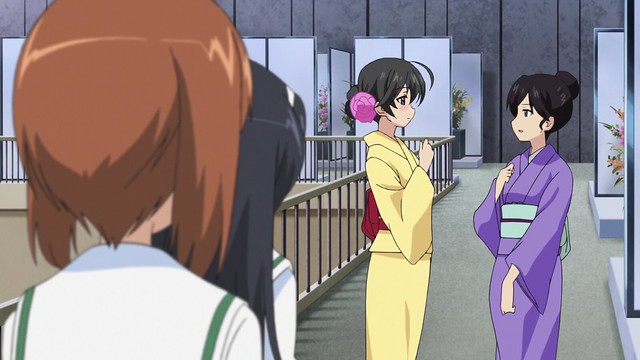 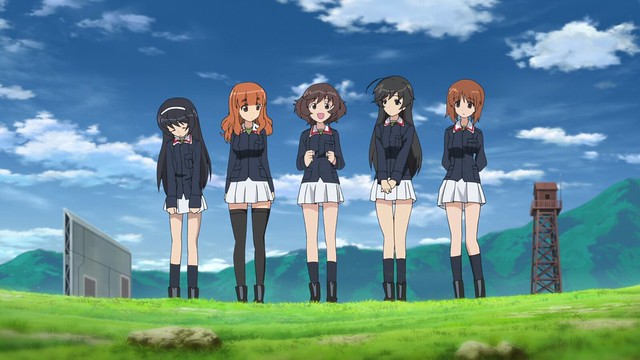 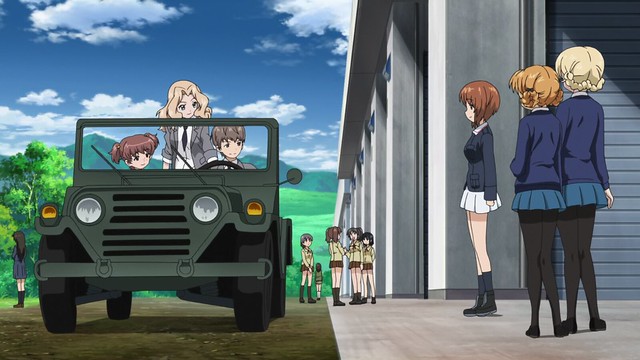 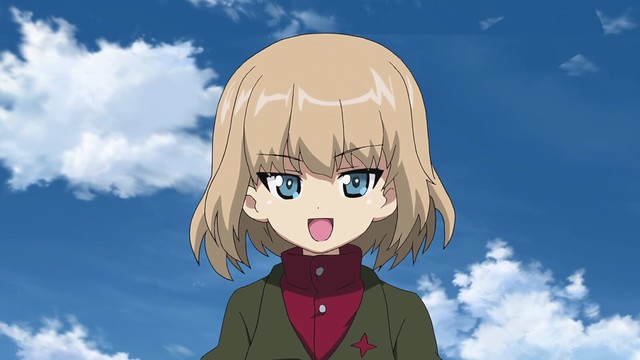 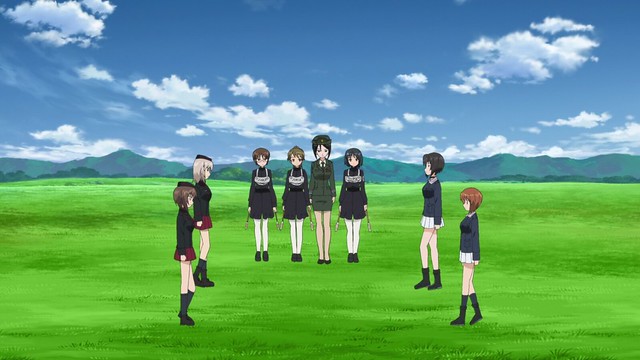 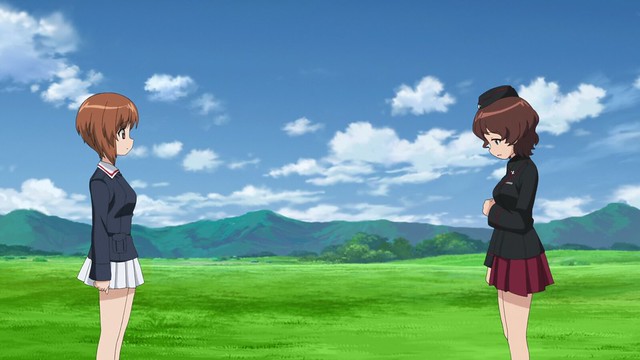 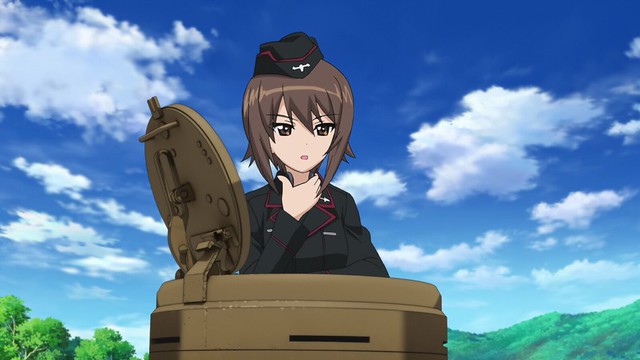 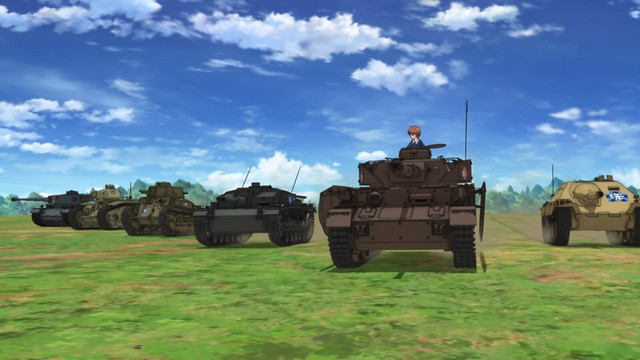 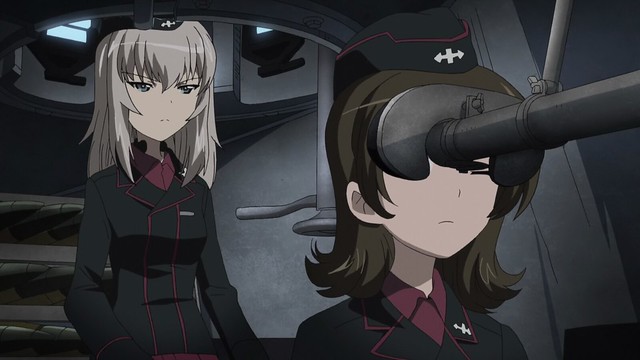 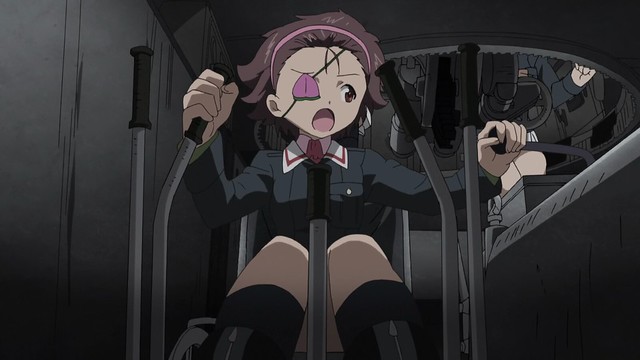 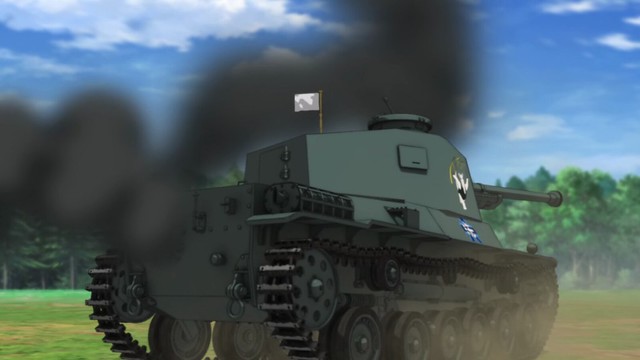 Besides sportsmanship and integrity, Girls und Panzer also does one exemplary play prior to the match against Black Forest – earlier in the series, Hana had left home, resolute on finding a way to reconcile Panzerfahren with her family tradition of flower arrangement, even though her mother had been expressly against Hana’s participation in Panzerfahren. At the flower arrangement exhibition, Hana’s mother praises Hana for having brought new life to her creations: before taking up Panzerfahren, Hana’s flower arrangement had been identical to that of her mother’s: exacting, precise and flawless. However, because her craft had been a mirror image of what her mother had done, Hana’s mother had wished for her to continue in the craft to find her own style. Although Panzerfahren prima facie appears contrary to flower arrangement, the sheer power Hana experiences here influences her flower arrangement, and she is able to breathe new life into her pieces, combining the style her mother practises with her own unique approach. Spotting that Panzerfahren has helped her daughter to improve her craft, Hana’s mother no longer opposes Panzerfahren and welcomes Hana back, admitting that there is merit in Hana finding her own way. Similarly, Mako and her grandmother’s relationship has improved since she’d taken up Panzerfahren, and Yukari’s parents are happy she’s amongst good company now. Family has been subtly a part of Girls und Panzer, and save Miho, everyone’s familial bonds have strengthened as a result of Panzerfahren. The fact that Miho remains estranged from her family remains one of the largest unanswered questions in Girls und Panzer, but by this point in the series, having seen everyone improve their relationship with family, it stands to reason that Miho can also reconcile with her mother, much as Hana had. However, being the central character, this path is one that is understandably a little bumpier; this is one of the elements that Girls und Panzer‘s original run did not fully address, and as such, I am hoping that Das Finale answers. While Girls und Panzer is a superb series, this was one of the largest omissions. To accomplish this within Das Finale will therefore be a thematic triumph more so than any victory on the battlefield, although whether or not this occurs is something that is so far into the future, it remains as elusive as Half-Life 3. Here in Girls und Panzer, viewers were left with a 90-day wait between the moment Anteater team take the shot meant for Miho; while this was doubtlessly an excruciatingly long wait, the gaps between Das Finale are even lengthier such that by comparison, the wait between Girls und Panzer‘s tenth and eleventh episode feel like the blink of an eye by comparison. Here in #AniTwitWatches, we no longer have that issue, so participants are most fortunate in that the outcome that awaits Ooarai will be swiftly addressed.