I Did My Best Doing the Club Activities: Non Non Biyori Nonstop OVA Review and Reflections

6 Comments Posted by infinitezenith on April 2, 2022

“The journey is never ending. There’s always gonna be growth, improvement, adversity; you just gotta take it all in and do what’s right, continue to grow, continue to live in the moment.” –Antonio Brown

Shiori begins class with Renge and the others, receiving her first-ever bit of homework. She accompanies everyone to the Koshigayas’ place to work on things, and after she finishes, tries to help motivate Natsumi. Natsumi ends up joining the others for some dodgeball after everyone else wraps up. The next day, Natsumi expresses a want to start a school club focused around badminton, and everyone visits Kaede, who’d formerly played the sport. While Kaede is reluctant to help, she relents after seeing the look of longing on Renge’s face. Despite not having played badminton in some time, Kaede is still skilled enough to give Natsumi trouble, and while helping Shiori and Renge with the basics, a stray shuttlecock hits Kaede on the forehead. She is knocked down and reminisces about a time when she had looked after Renge, who’d been a toddler at the time: despite being poor with children, she gives Renge some crayons, and after persuading Renge to draw in a sketchbook, is surprised to see Renge draw her. In the present, Kaede decides to help Renge and Shiori practise badminton. Later that evening, Renge sets out more food for the neighbourhood tanuki, who’s got offspring following her now, Hotaru and her mother prepare dinner while waiting for her father to return, and Shiori tucks her baby sister in for the night. Meanwhile, Komari helps with cooking dinner under her mother’s supervision, and Natsumi calls Aoi and shares a conversation with her: they long to visit one another again and promise to do so in the future. It’s now been just a shade over a year since Non Non Biyori Nonstop finished airing, and the arrival of one final OVA (technically, an OAD), provides viewers with a continuation of the events from Nonstop to show how life in Asahigaoka for each of Shiori, Renge, Hotaru, Natsumi and Komari has progressed; while things are still more or less the way they were previously, subtle changes do hint at how even in a seemingly timeless setting, people continue to mature and learn as a consequence of their experiences.

By the events of Nonstop‘s OAD, Shiori’s become a part of the tighly-knit group of friends at Asahigaoka Branch Elementary School; thanks to Renge, Shiori is showing enthusiasm in pursing her studies, unlike the lethargic and unmotivated Natsumi. Excitement at attending school has now transformed into routine for Shiori, but it is clear that she has no trouble in getting along with Renge and the others, even offering her own unique brand of wisdom and non-sequitur humour wherever Natsumi is concerned. Similarly, after Natsumi yearns to participate in after-school badminton and attempts to get Kaede to provide instruction, it turns out that Kaede’s soft spot for Renge and children of her age encourages her to step out of her comfort zone: in a flashback, Kaede reiterates her dislike of children. Natsumi and the others prove quite rowdy while in class, leading to these sentiments, but even at this point, Kaede is quite partial to Renge and actively goes out of her way to look after her. Viewers thus learn that Renge’s uncommonly high skill in sketching comes from being exposed to the activity at such a young age. Similarly, even as a baby, Renge’s become closer to Kaede as a result: all of the time Kaede had spent with Renge had left an impression, leading Renge to draw Kaede as a way of expressing thanks. The closeness in their friendship is why Kaede is willing to do things for her, whereas with Natsumi, she’s much more reluctant, and while this drives some of the OAD’s humour, it also gives further insight into how things were in Asahigaoka previously: even in a place where days are easygoing and languid, change remains inevitable. 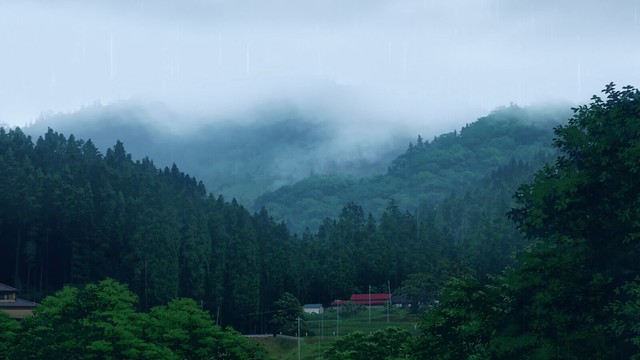 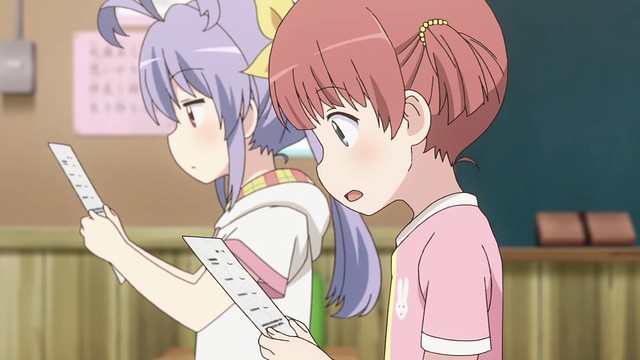 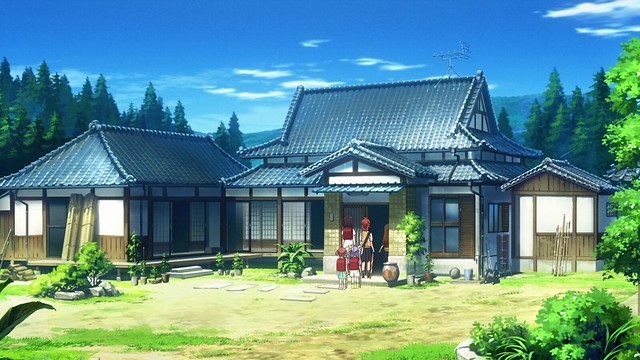 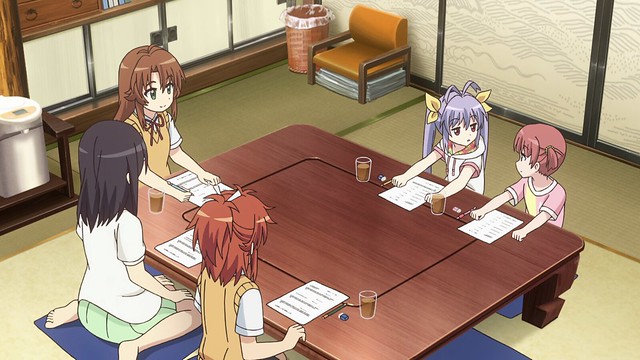 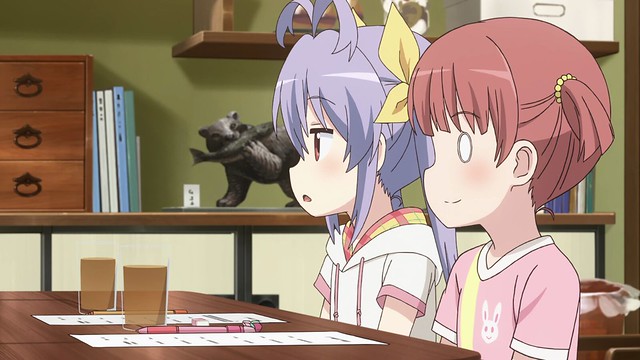 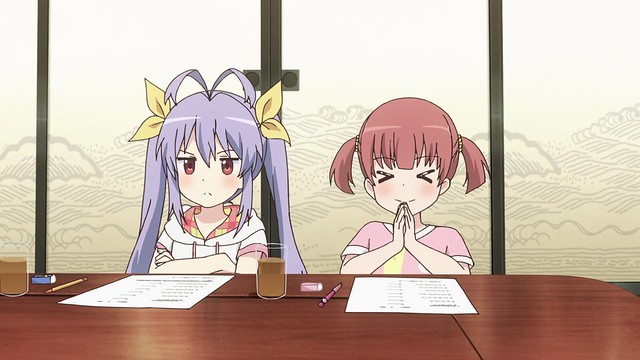 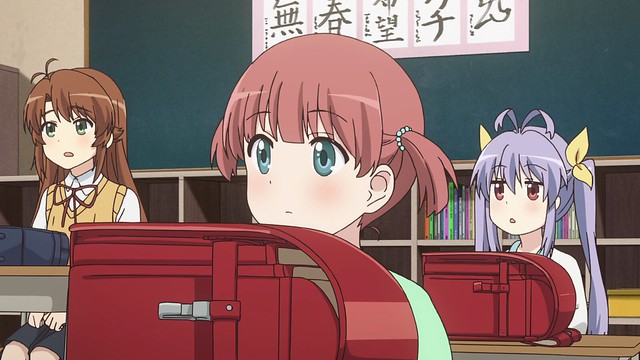 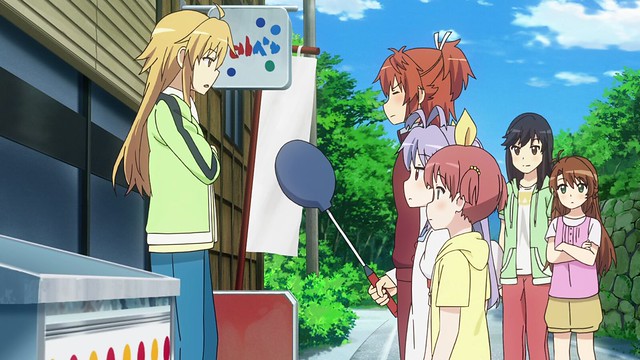 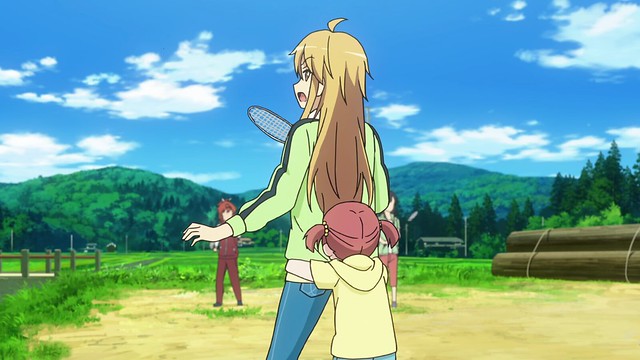 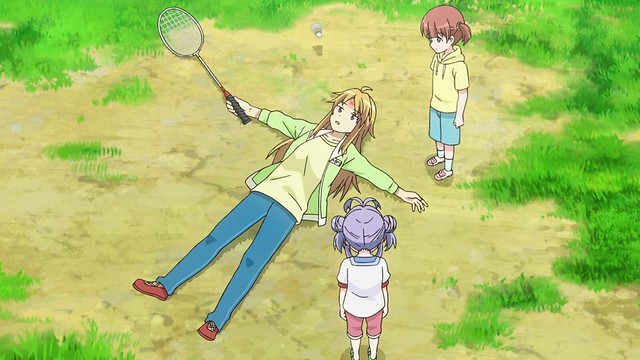 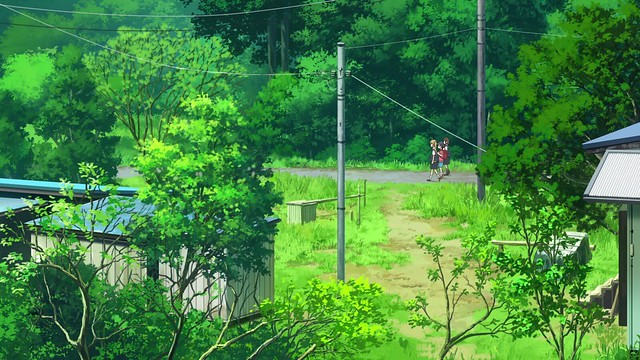 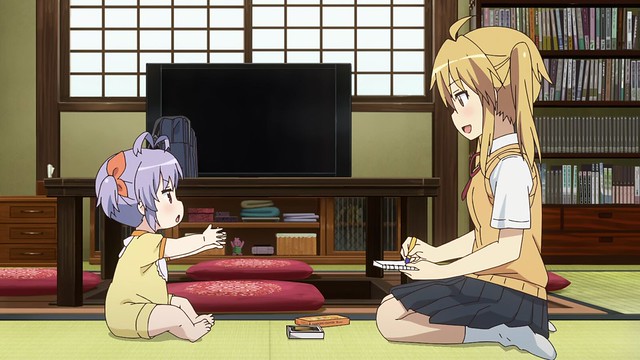 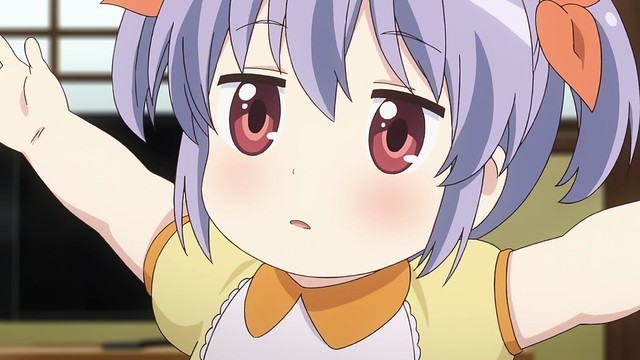 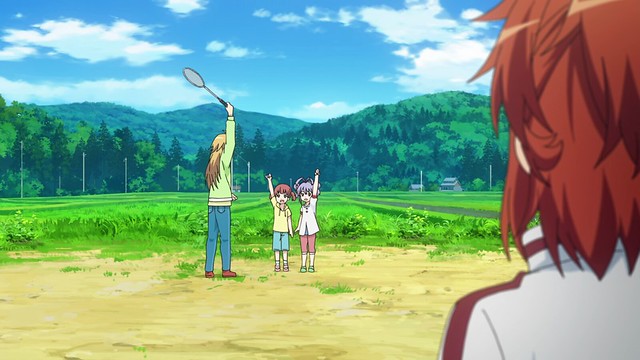 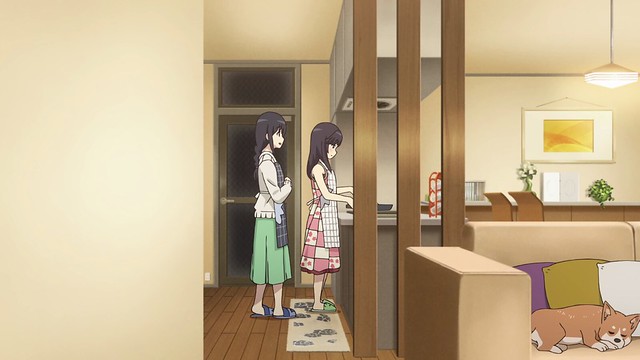 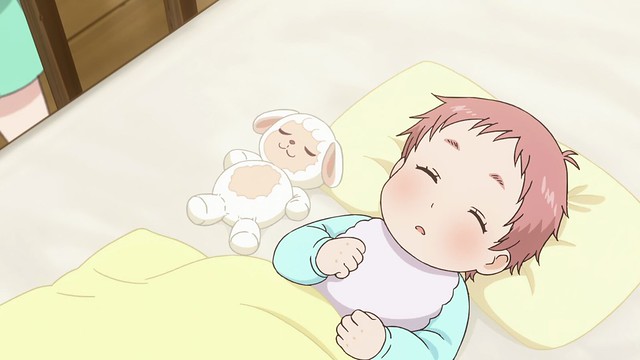 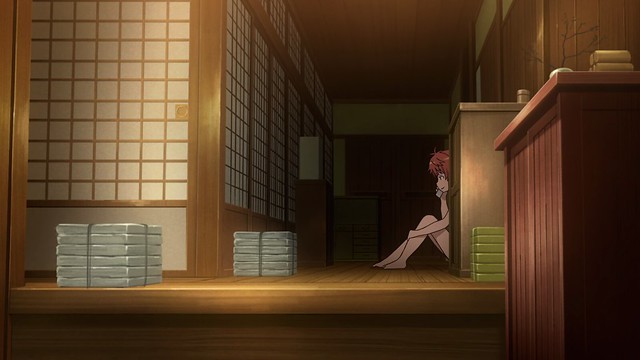 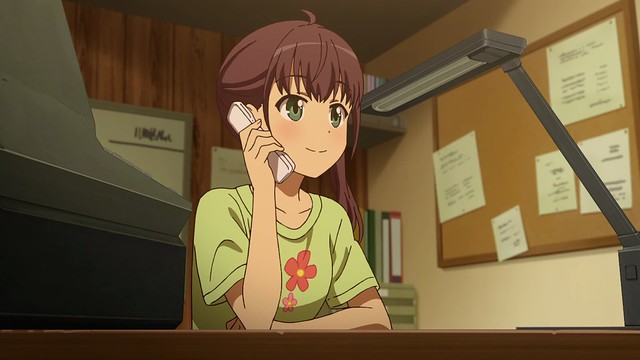 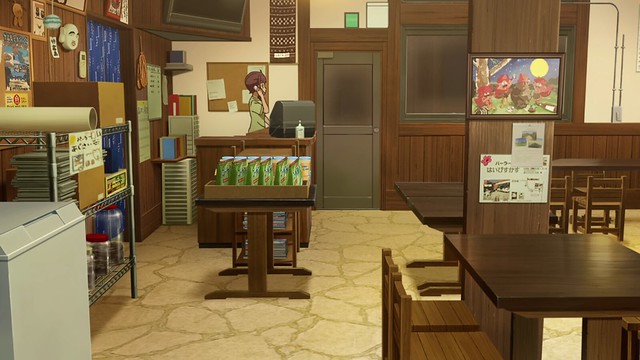 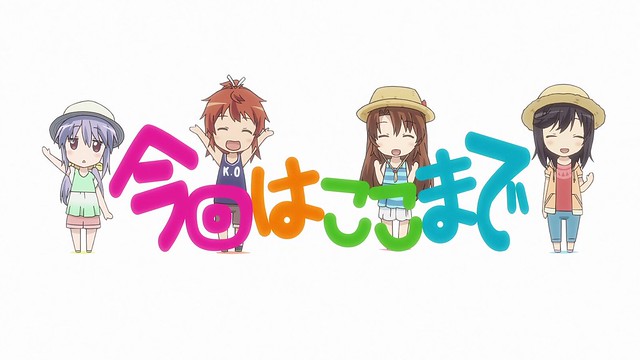 Having now finished Non Non Biyori Nonstop in full with this final OAD, viewers have reached the very end of the series: Nonstop‘s OAD is the end of the road, an encore to what was a particularly well-done, touching and amusing series that covers a wide range of moments in the characters’ everyday lives to show the ups and downs, triumphs and setbacks. Non Non Biyori ultimately speaks to a variety of life lessons while at the same time, presenting them in a humourous fashion, and this balance is what allows the series to be so successful. When Nonstop‘s regular season finished airing a year ago, I had commented on how Non Non Biyori ended up being an enjoyable presence over the course of its run: this OAD is therefore a bit of a bittersweet experience in that it allows one to briefly relive those older moments that come from watching the series, but at the same time, it’s also a definitive ending to things. Befitting of a swan song for Non Non Biyori, Nonstop‘s OAD gives viewers both a chance to see Aoi again, and shows how far Shiori’s come since starting school at Asahigaoka: one is left with the distinct impression that the characters are well-prepared to handle whatever changes await them in the future, but at the same time, there are other things in their lives that will remain solidly, dependably constant, acting as a source of comfort and reassurance as everyone manages change in their own manner. I certainly will miss Non Non Biyori: previously, when an OAD aired, I would attempt to place where the events happen relative to the main story and then speculate on whether or not there would be a continuation. Here at the end of Nonstop‘s OAD, it’s quite evident that the events are set some time after Nonstop finished, and there won’t be a continuation because the story has reached a satisfying and conclusive endpoint.

6 responses to “I Did My Best Doing the Club Activities: Non Non Biyori Nonstop OVA Review and Reflections” 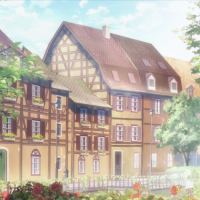