“If your actions were to boomerang back on you instantly, would you still act the same?” –Alexandra Katehakis

When summer vacation arrives, Miyako reluctantly accompanies Hinata, Hana, Noa and her mother, Chizuru, out to the countryside for a camping trip by the lake. Despite Miyako’s objections, she eventually dons a swimsuit and enters the water to join the others. As the day draws to a close, Miyako ends up helping her mother to set up the tent and begins preparing dinner, before sitting down to make s’mores with the others. When night falls, a strange noise in the bush shocks the group: they find that it’s none other than Kōko, who was originally set to join them but got lost along the way. Kōko recalls her rather one-sided friendship with Miyako, and during Halloween, while Miyako becomes excited to see what costume Hana will wear, Kōko and Yū both appear: it turns out that Kōko’s been itching to have Miyako model her latest creation, and has even managed to convince Yū to help her in persuading Miyako to give things ago. When Hinata, Noa, Kanon and Koyori show up in costume, Miyako is thrilled with how adorable everyone looks. However, Hana is late, and she’s defined expectations by showing up in a rather grotesque costume. Miyako later recalls meeting Hinata after the latter had been born, and how quickly they bonded. With this, I’ve crossed the finish line for Wataten!‘s OVA, which was released with the BDs a few months after the series had concluded back in 2019. Although Wataten!‘s initial premise had raised more than a few eyebrows, the series would come to present an endearing story about how the right influences and experiences can push individuals out of their comfort zone and also temper some aspects of one’s personality so that they may better present themselves and their feelings towards others. In Wataten!, Miyako’s effort to pursue Hana ultimately leads her to lend her own skills and hobbies towards others beyond Hinata, whom she dotes on, and in doing so, Miyako becomes better-adjusted as a result. Wataten! originally left with Hana expressing that, while she’s still occasionally put off by Miyako’s actions, getting to know her better had shown Hana that Miyako’s intentions are genuine, and not something to trivially cast aside.

Wataten!‘s OVA is contingent on viewers having already seen the original televised run: there’s four distinct vignettes weaved together to give viewers a collection of stories that show how Miyako’s changed since Wataten!‘s beginning. It is plain that for Hinata, Miyako is willing to do most anything, and so, when Hinata expresses a desire for Miyako to get out more and experience life more fully, Miyako accompanies Hinata, only to find herself enjoying things more than she’d expected. However, there is another aspect that drives Miyako’s growth: she eventually meets Kōko properly and finds herself shocked at how Kōko views their friendship. From an external observer’s point of view, Kōko regards Miyako the same way Miyako originally sees Hana, going to great (even unhealthy) lengths to win their object of affection over. From the story’s standpoint, Kōko fulfils a very important role. By making Miyako uncomfortable, Kōko is able to show Miyako how difficult she’s making things for Hana. Realising this is what leads Miyako to dial back her emotion: although she still loves Hana very much, Miyako slowly begins to master her impulses so that she’s not frightening Hana away at every turn. Of course, what would really be valuable is if Miyako could express this towards Kōko, as well: like Miyako, Kōko is well-meaning and skillful in her own right, but common sense seems to be defeated by infatuation wherever Miyako is concerned. However, Kōko’s behaviours are not fixed in stone: Wataten! has shown how over time, characters will change for the better as a result of their shared experiences, and consequently, it is not inconceivable that even Kōko could learn to reign things back some to build a more meaningful friendship with Miyako, of the sort that she dreams of in her mind’s eye. Wataten!‘s flawed but loveable characters forms a majority of the series’ charm, making this journey of development particularly enjoyable, and because everyone is distinctly human, this corresponds to the possibility for further stories to be told. This fact is not lost on the writers: a film, Wataten!: Precious Friends will premiere in Japanese cinema later this year to advance things further. 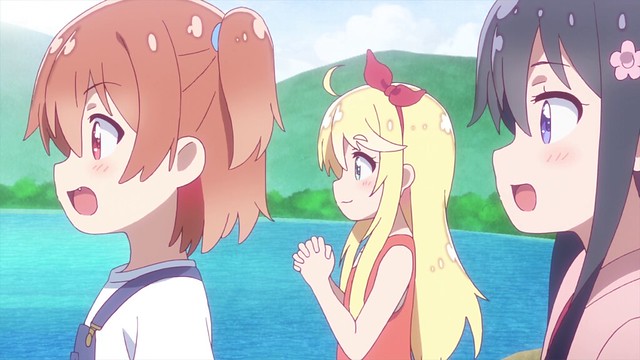 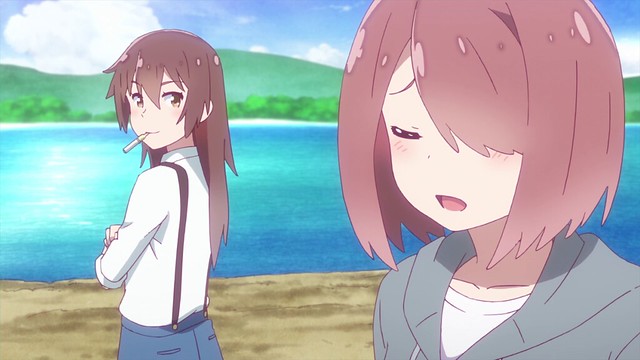 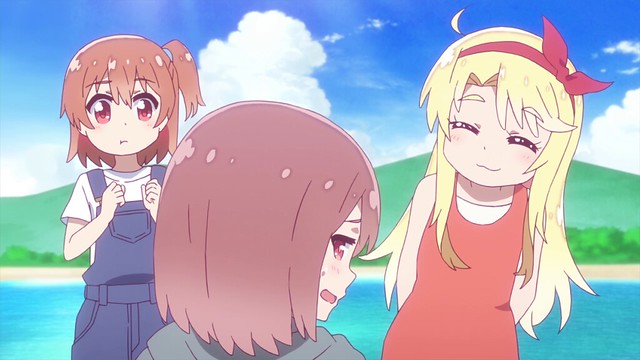 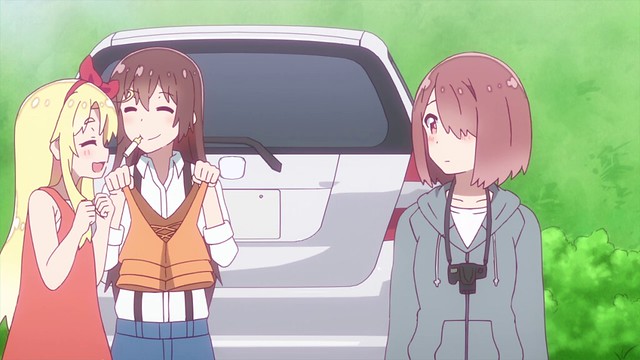 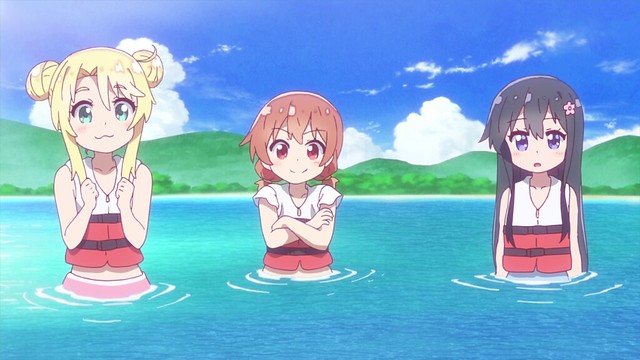 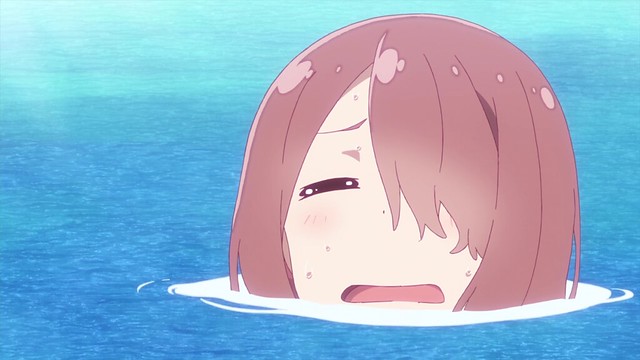 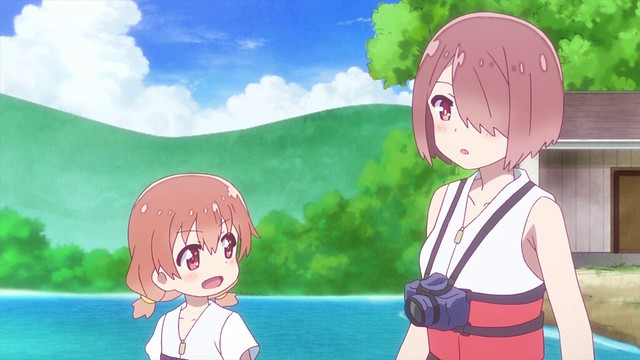 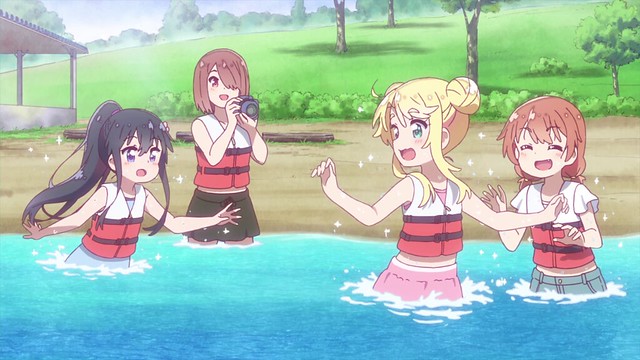 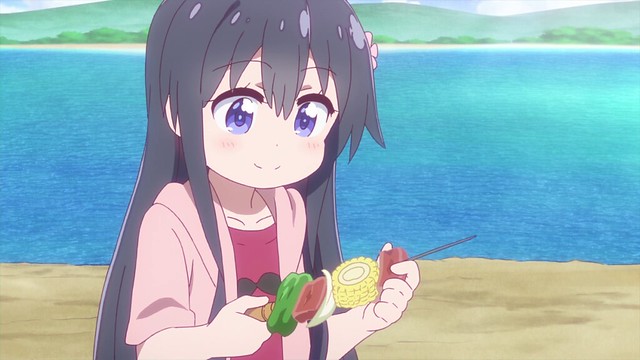 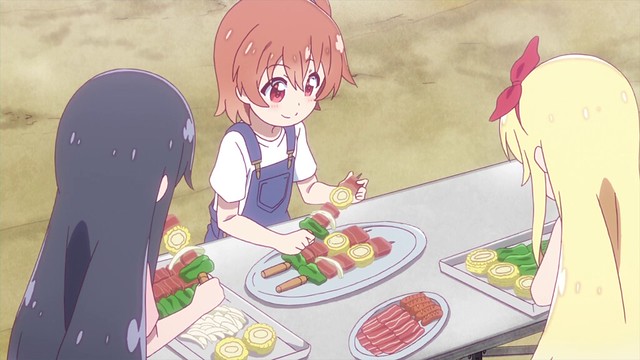 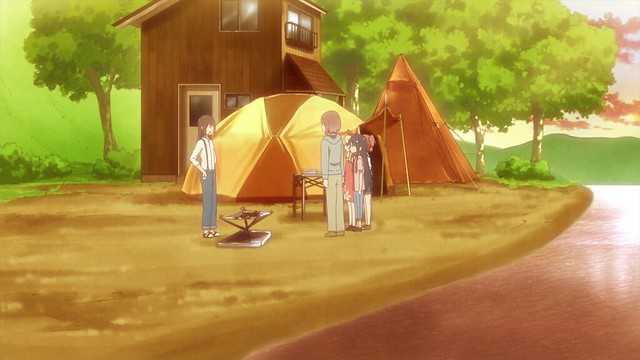 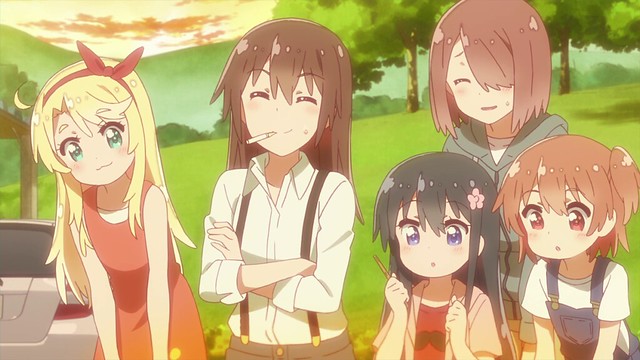 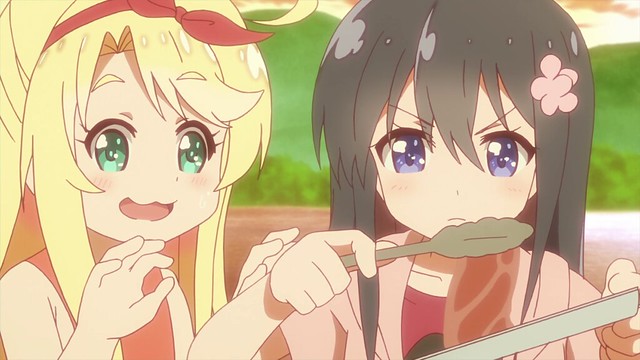 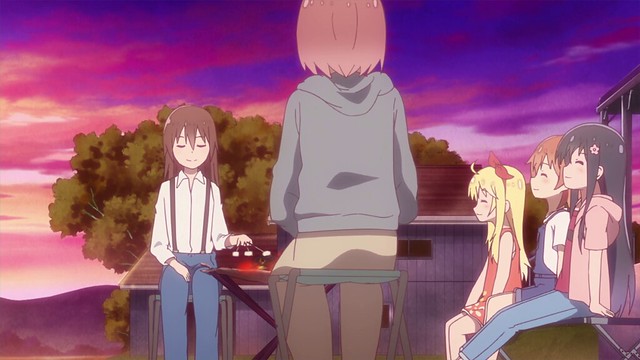 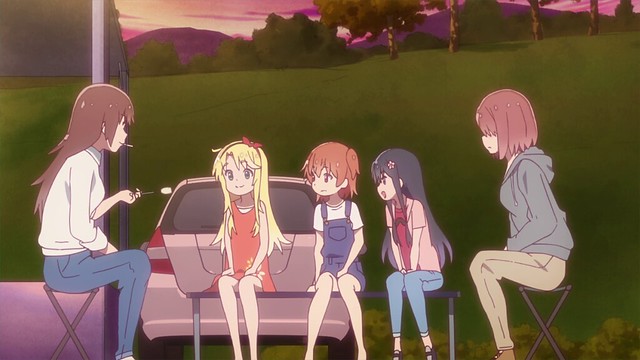 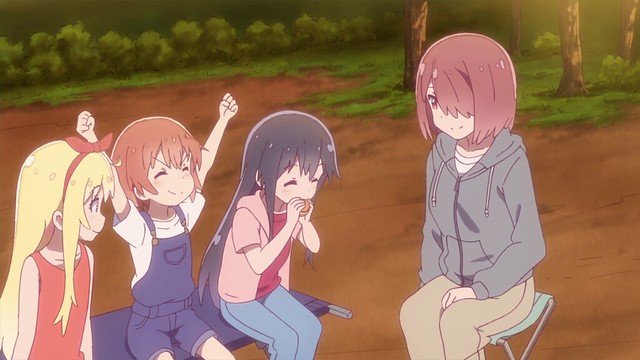 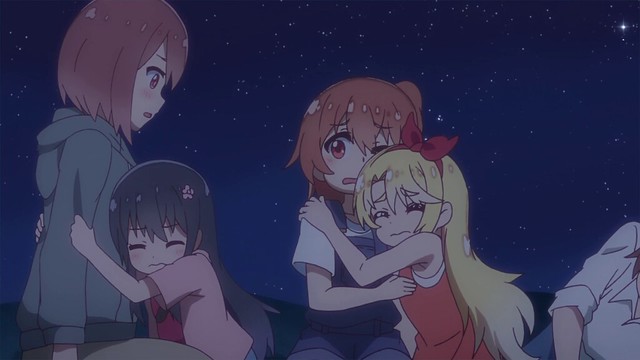 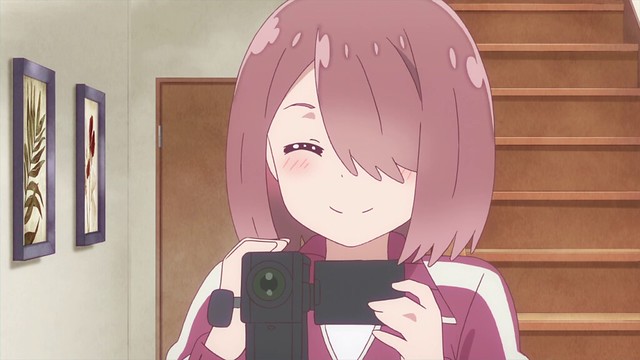 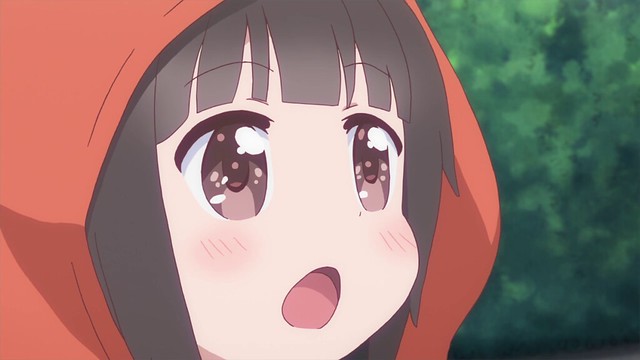 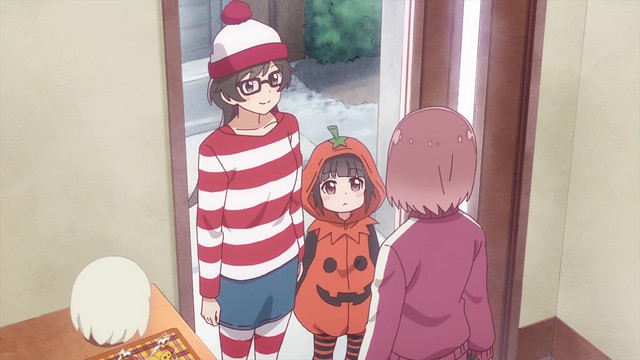 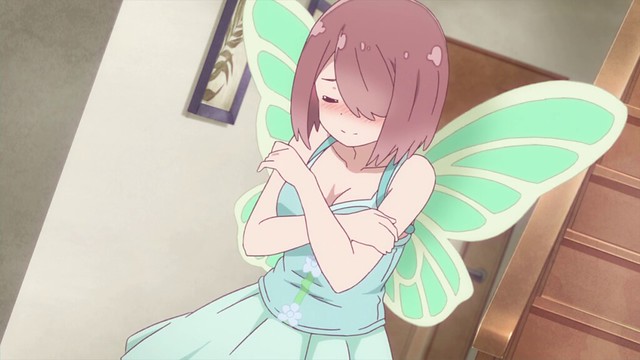 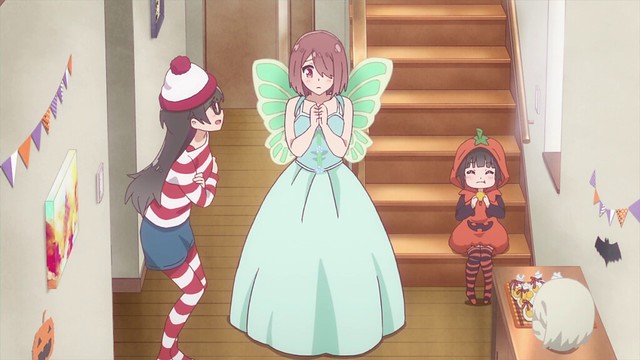 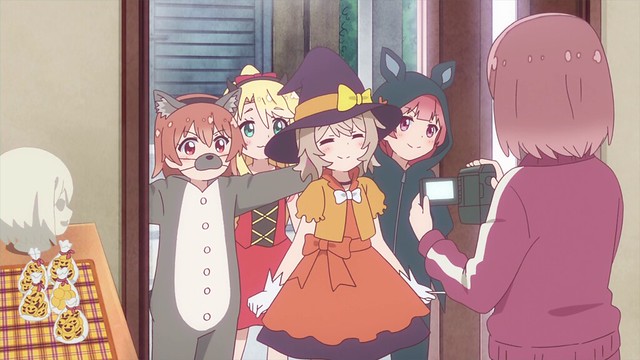 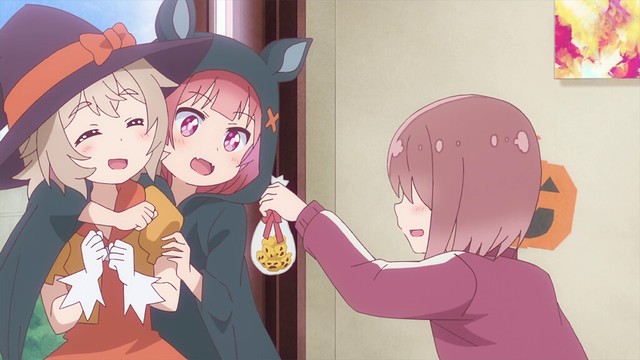 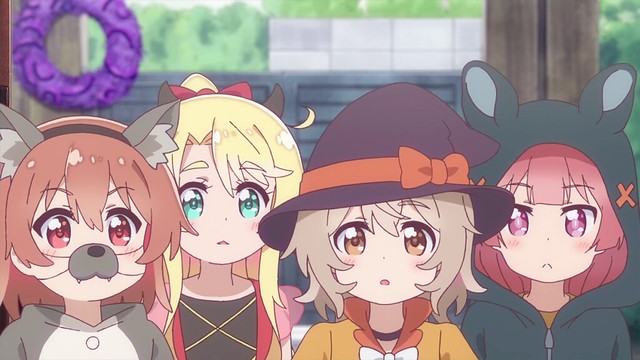 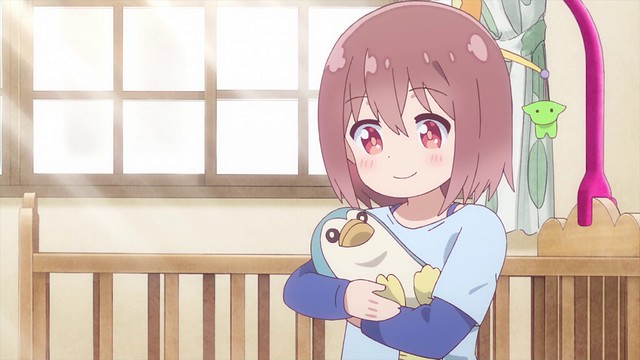 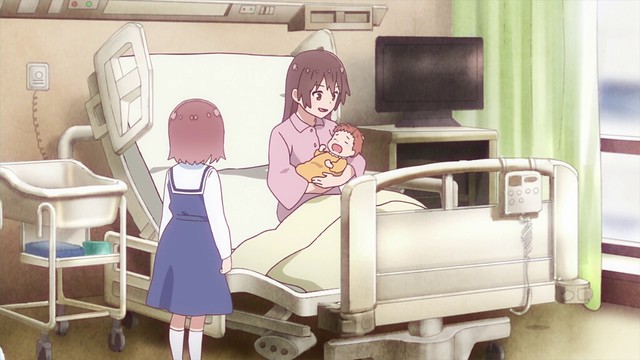 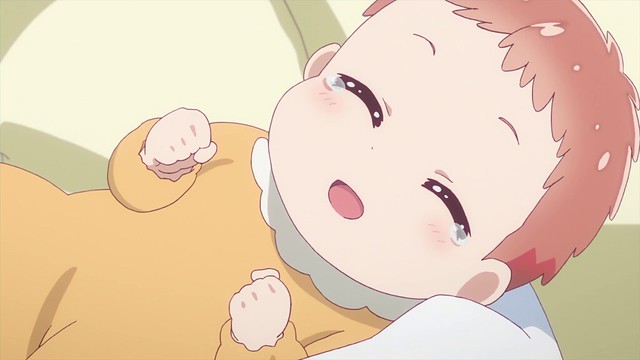 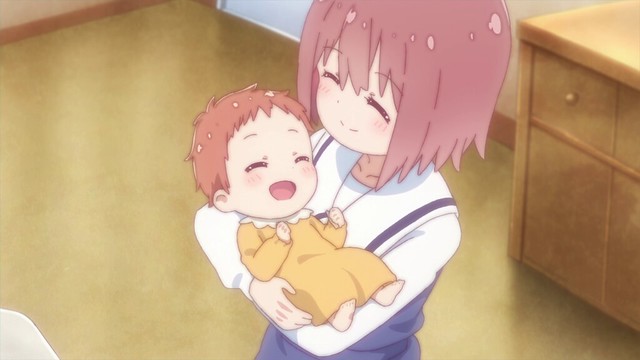 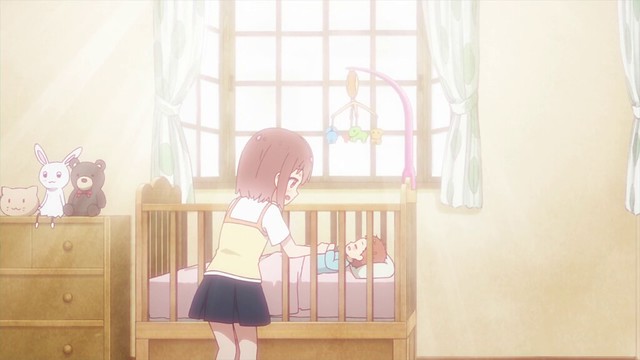 While Wataten!‘s first episode may have started things on a rough footing for viewers, folks with the patience and maturity to continue the series would ultimately find it to be a heartwarming tale of how love pushes people to be their best selves. That a film is in production speaks to Wataten!‘s staying power: not every anime series will receive a theatrical adaptation, so the fact that Wataten! is getting a movie means that reception to the series in Japan has been positive. There’s hardly any controversy surrounding Wataten! in Japan, standing in sharp contrast with some reception of the series at some North American anime news outlets. Cultural differences are not responsible for this gap; Wataten! deals with how people handle and respond to falling in love, and while different cultures may approach things differently, the process is one that people can universally relate to. As such, if Wataten! had indeed been a sub-par portrayal of these topics, its reception in Japan would have been sufficiently poor so that no movie project would have been approved. The existence of a movie similarly speaks to the fact that this series was well-received in Japan, and moreover, viewers overseas have also spotted Wataten!‘s merits and joys. Because there is a movie, the conclusion is simple enough; reception to Wataten! is positive, and the initial flaws (largely a consequence of Miyako being completely unfamiliar with social convention) are swiftly overshadowed by what the series does well in its portrayal of how meeting Hana acts as a catalyst for Miyako to better herself and become more socially apt. Since Wataten! had been a story of showing how Miyako’s experiences become the agent for her growth, one wonders what would await viewers in Precious Friends. Without much more known about what the film will cover, one can reasonably surmise it’ll be a heartwarming and humourous story; I’m certainly excited to see what’s on the horizon. Given the film is estimated to hit Japanese cinema in the fall of this year, I estimate that overseas viewers, like myself, will have the chance to watch Precious Friends once the spring or summer of next year arrives.