“One of the most sincere forms of respect is actually listening to what another has to say.” –Bryant H. McGill

Kotone settles into her work as a real estate agent and helps Rufuria, Rakira and Fa to close deals: between Fa’s ability to communicate with all beings, and Kotone’s willingness to listen to clients, RPG Real Estate continues to find success in matching clients with suitable properties, from Toto and her Pegasus, to a bard with a lethal singing voice. All the while, news of a dragon terrifying nearby villages continues to raise tensions in Dali, forcing Satona and the armed forces to investigate. Through the course of their time together, Kotone becomes especially close to Fa and begins to worry when Fa seems to appear and disappear in a manner coinciding with the dragon attacks. Kotone’s fears come to pass when Fa vanishes, and even when RPG Real Estate closes enough deals to reach their quota, Fa’s the only thing on her mind. Despite her efforts to push doubts out of her mind, the armed forces take Fa in after one of their clients, an elf with a desire to purchase a long-lasting home, puts two and two together. While it turns out Fa isn’t the dragon that’d been attacking nearby villages, she’s revealed to be the Dark Lord’s daughter: Satona had taken her in with the hope of raising Fa to be a gentle and kind individual. However, although Fa attempts to stop the dragon with Kotone’s help, a mysterious individual chants an incantation that allows her to take control of the dragons. In this state, Fa kills Kotone, but upon seeing this, immediately reverts to her usual form. In the aftermath, Fa, Rufuria and Rakira are hailed as heroes for stopping a dragon attack, but Kotone’s seemingly passed on. On the eve of a celebration in their honour, the necromancer appears and reveals Kotone’s spirit had endured. She restores Kotone’s spirit back to her body, and the four are given a new assignment – keeping an eye on the dragon on a remote tropical island. Kotone is especially thrilled, since this assignment allows everyone to be together, per a wish she’d made. With this, RPG Real Estate draws to a close, bringing the first of this season’s Manga Time Kirara series to a close (Machikado Mazoku 2-Chōme‘s finale was originally scheduled to air this week, but production delays meant the finale will air next week instead); RPG Real Estate is a bit of a surprise, departing from the Manga Time Kirara tradition of joyful, saccharine worlds to explore new directions, but at the same time, without deviating too greatly from the approach that has come to characterise Manga Time Kirara series.

Despite the emphasis on dragons and lingering grudges from the Dark Lord’s faction that result in conflicts not seen in RPG Real Estate since their war ended a decade-and-a-half earlier, RPG Real Estate manages to stay true to its central message: that listening is the first step towards addressing conflict. This becomes especially apparent with Fa’s ability to understand all languages, an asset that comes in handy whenever Kotone, Rufuria and Rakira find themselves dealing with non-human clients. During an evacuation, a reptilian and a man get into a disagreement, but Fa is able to interpret what’s going on and helps the two to strike up a friendship. When visiting a hot springs, Fa similarly is able to give Kotone enough information to help their owners, bipedal cats, to rebrand and rethink their concept, turning it into a success. Fa’s unusual background notwithstanding, her ability to bridge the communications gap between species, coupled with Kotone’s talent for hearing people out, brings success to RPG Real Estate, and it is this belief in Fa that ultimately leads Kotone to support Fa as she attempts to reason things out with the dragon. Even this ends up being a misunderstanding, as the dragon had been merely seeking out a place to settle down and give birth to her child. Much as how Kotone and the others listen to their clients, once Fa hears out the dragon, she does her utmost to sort things out peacefully. Such a message, while seemingly rudimentary, remains one that is necessary; although listening to others and empathising with people appears to be common sense, it is shocking as to how often this is forgotten as people talk past one another and flat-out refuse to hear others out if others possess a perspective differing from one’s own. It is this sort of enmity and stubbornness that gives rise to conflict, conflict that could’ve very well been avoided had one simply taken a step back and listened. Manga Time Kirara series excel in presenting and reminding viewers of things that are seemingly obvious but often forgotten in practise; sometimes, it does take such a direct and blunt portrayal to indicate to viewers that common sense isn’t always so common, and even the best of us need the occasional nudge to recall these lessons. 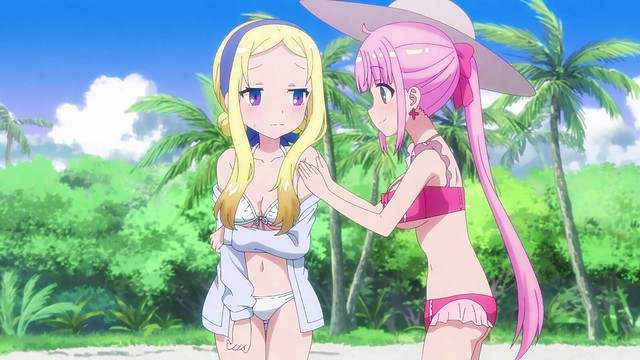 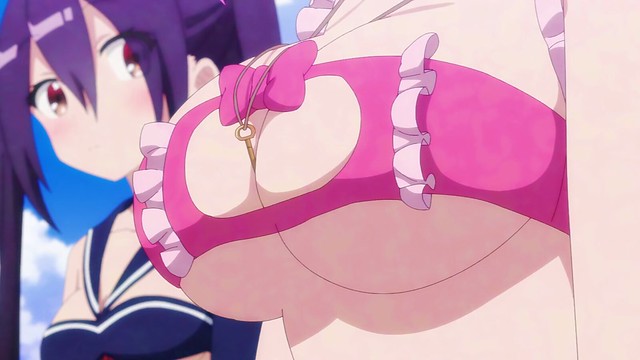 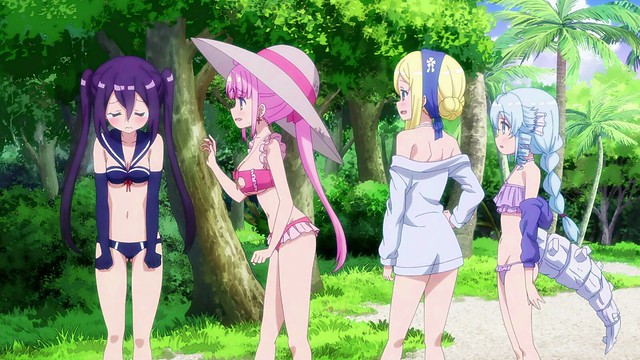 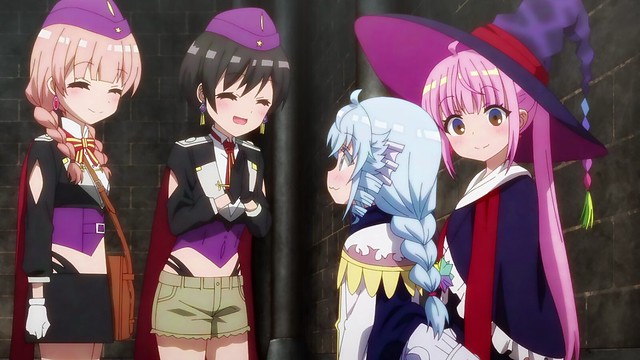 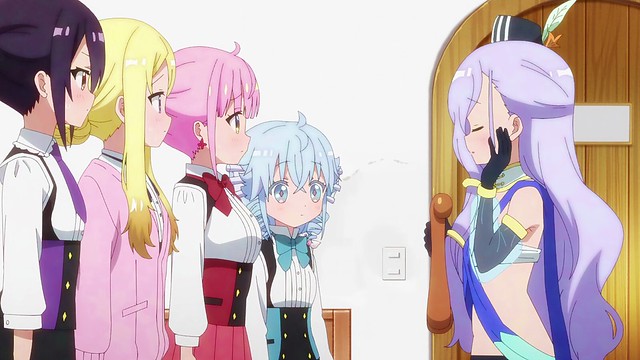 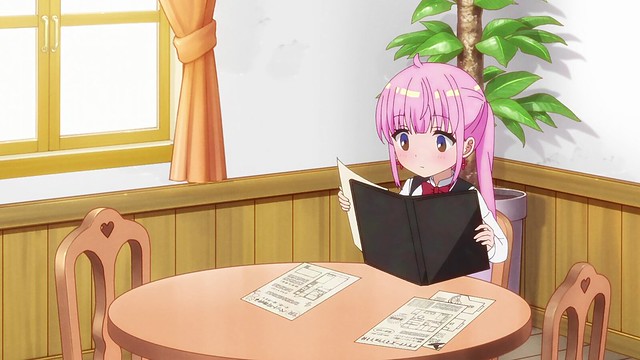 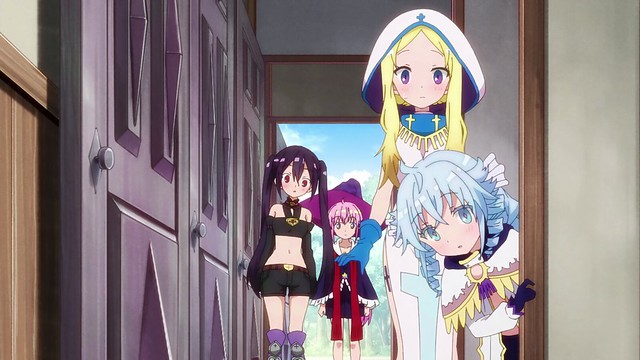 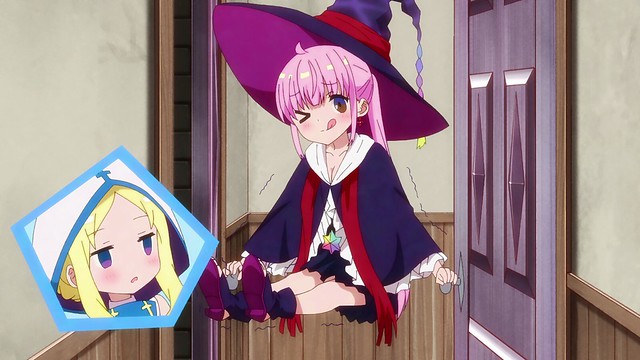 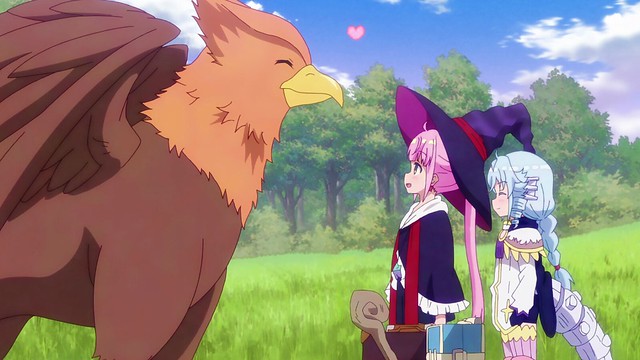 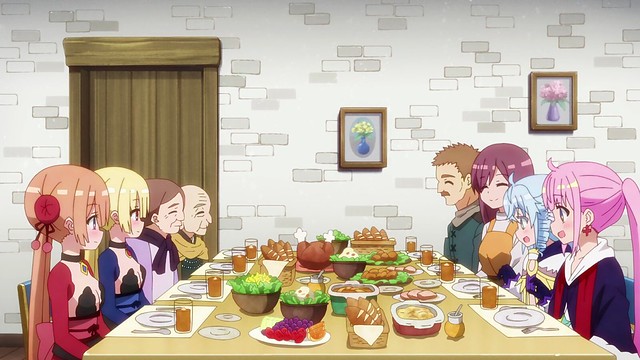 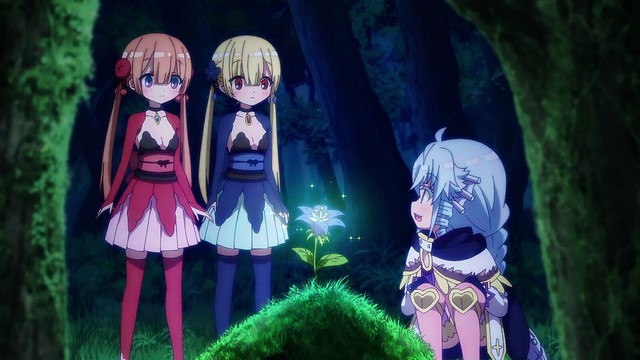 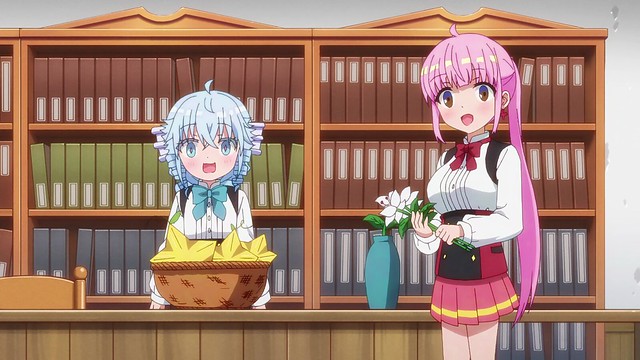 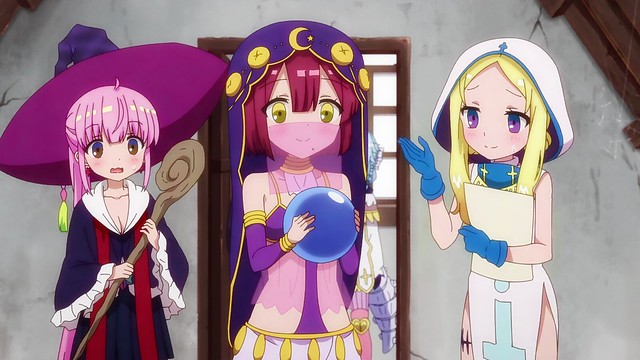 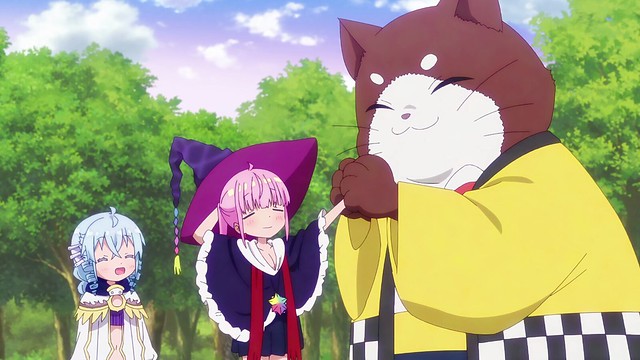 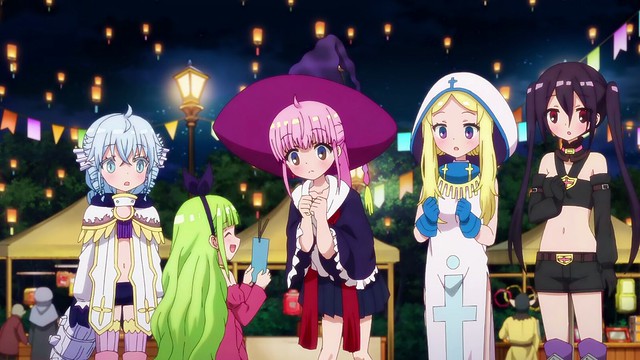 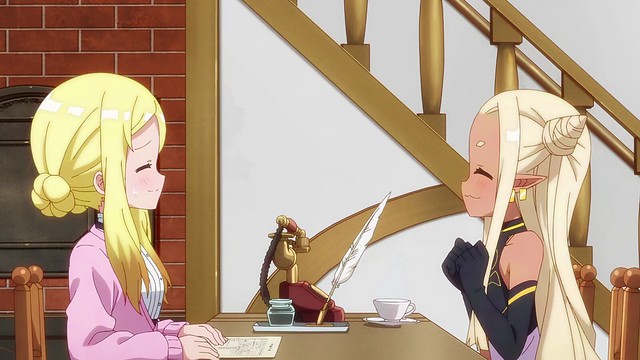 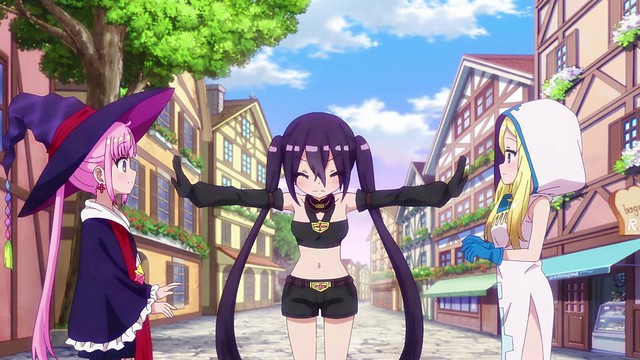 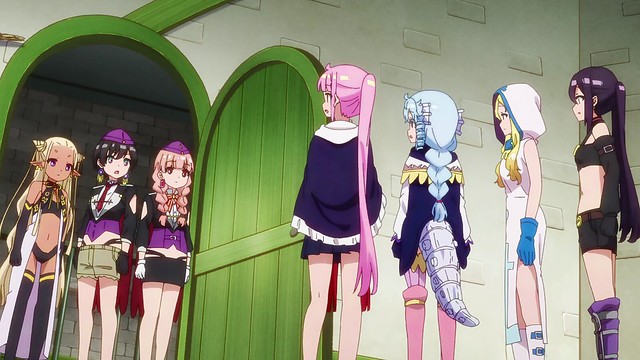 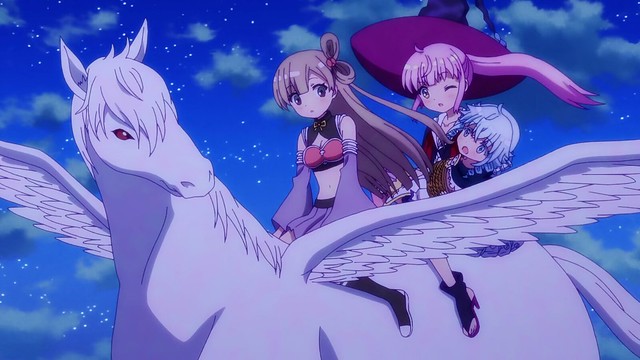 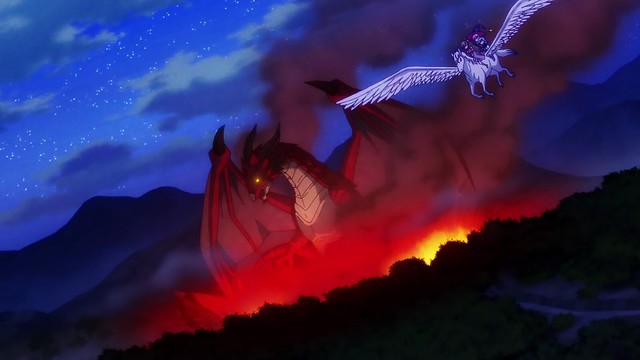 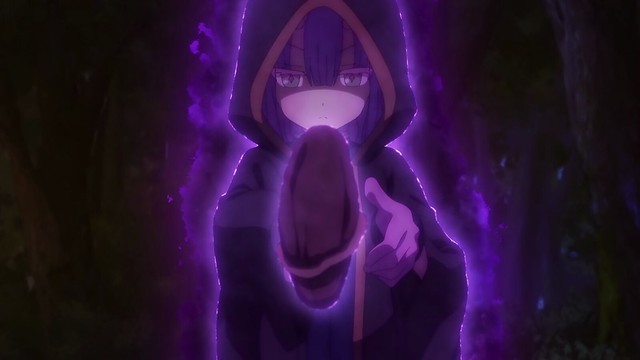 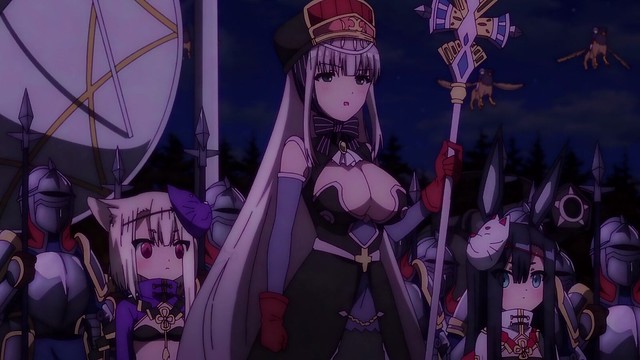 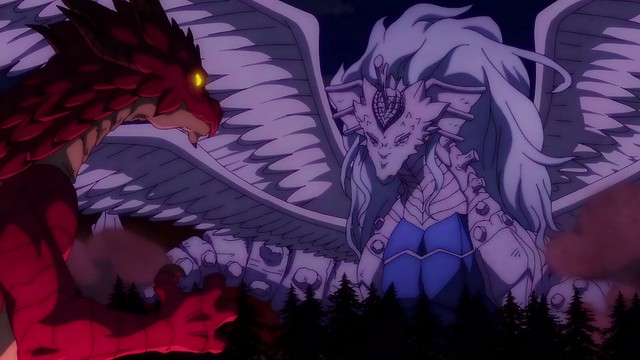 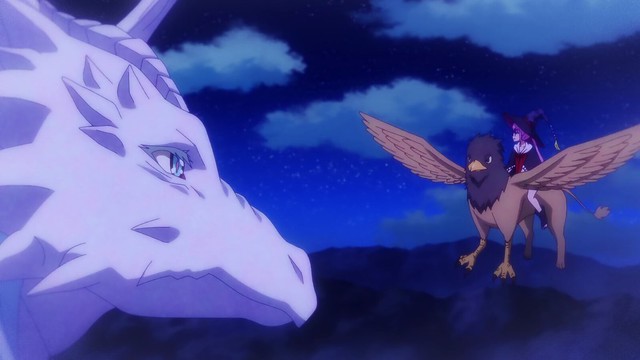 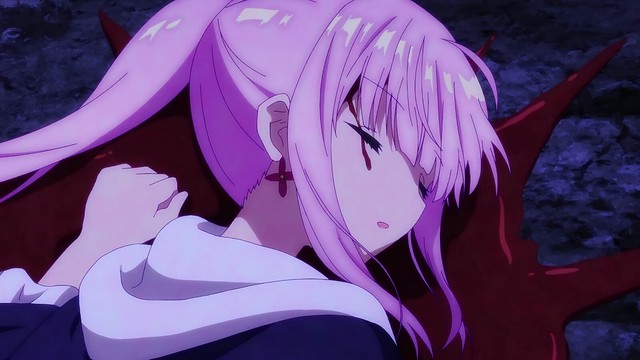 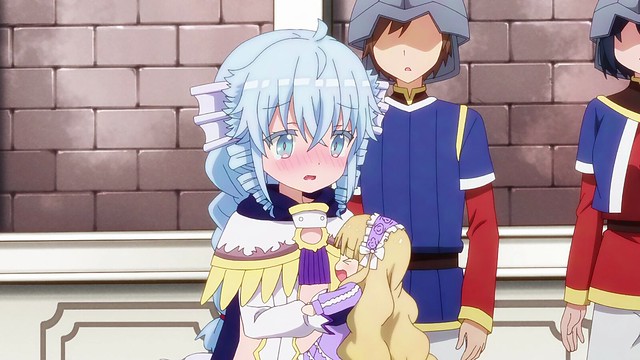 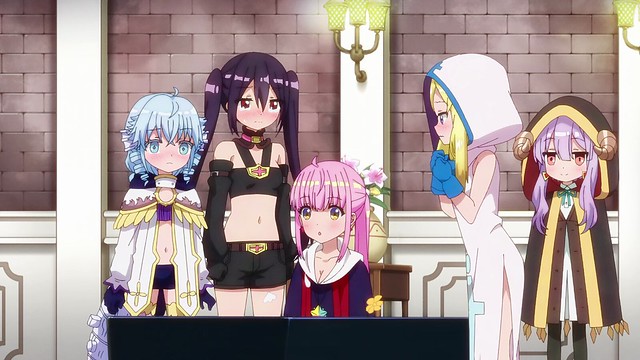 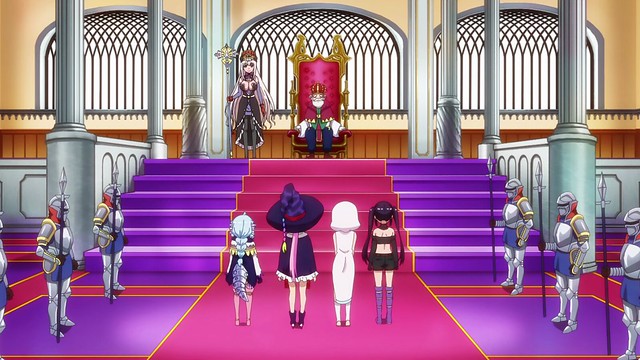 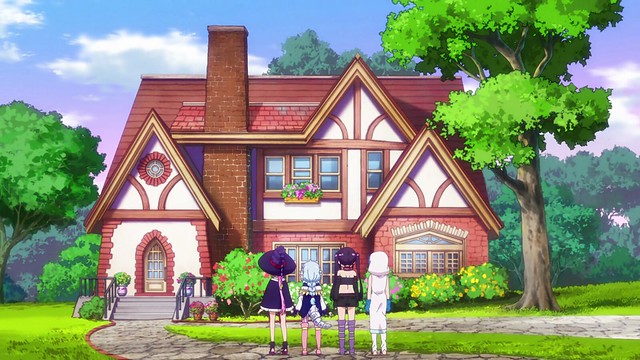 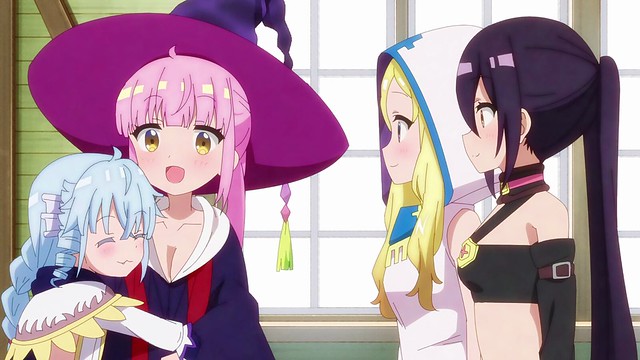 While RPG Real Estate is largely a self-contained exploration of realty in a fantasy, of matching clients to properties in a world where the possibilities are more varied and colourful than they are in reality, the anime also hints at the fact that discord is always just around the corner. This aspect stands in juxtaposition to the cheerful, happy-go-lucky tone that otherwise dominates RPG Real Estate, and leaving the unknown individual who’d attempted to enchant dragons to carry her bidding leaves the floor open to additional conflict in the future. It is plain that while the Dark Lord’s faction was defeated fifteen years earlier, danger still lurks in this world. Prima facie, this seems out of place: it seems unusual to create suspense and terror in what is otherwise a gentle slice-of-life series, and doubly so when the source of the conflict is introduced so late into the game. This unresolved aspect in RPG Real Estate leaves open the possibility that additional strife could appear in the future, and that the otherwise peaceful world that Kotone, Fa, Rufuria and Rakira know is always under threat of disruption. However, upon closer inspection, RPG Real Estate provides all of the information viewers need to draw a conclusion. While a confrontation with this mysterious sorcerer is likely inevitable, given that Kotona and the others have always drawn upon their ability to listen and talk things out to resolve conflicts, it is likely the case that the learnings Kotone, Fa, Rufuria and Rakira draw from their experiences will be an asset. As such, while RPG Real Estate concludes a little too abruptly and introduced elements that are definitely unrelated to real estate, the anime appears to convey the idea that listening is a vital skill, and that one’s learnings can find applicability in situations outside of their occupation. The manner in how RPG Real Estate concludes is a definitive one, although it is quite clear that, assuming sales for this series turn out to be reasonable, any sort of continuation would have a wealth of directions to potentially explore.