Running and Inviting: Revisiting the Beginning of Tari Tari a Decade Later and the Choir and Sometimes Badminton Club’s Influence On a Journal Publication

4 Comments Posted by infinitezenith on July 2, 2022

“Challenges are what make life interesting. Overcoming them is what makes life meaningful.” –Joshua Marine

When Tari Tari was announced, beyond a key visual of three characters who greatly resembled their counterparts from Hanasaku Iroha, there had been very little information surrounding what this series would deal with. After the first episode concluded, it became clear enough that Tari Tari would be musically themed; viewers are introduced to Konatsu Matsumoto, a disgraced member of the choir club who wants to sing for her own enjoyment and Wakana Sakai, who is transferring out of the music program in a bid to move on after her mother’s passing. Tari Tari would ultimately detail how these two conflicting paths would reconcile, and how seeing Konatsu’s earnest efforts towards pursuing an interest would remind Wakana of how her own mother had approached music, as well. This would lead Wakana to come to terms with her past and in doing so, help Konatsu, Sawa, Taichi and Atsuhiro create something meaningful as their school sends off their final cohort of graduates ahead of a redevelopment project. Uplifting and inspiring, Tari Tari indicates that when people stumble, it is support from others that help them to find their way again. Unlike other series, Tari Tari has a very intense pacing: Wakana comes to terms with her mother’s death mid-series, and uses her newfound enjoyment of music to both help Konatsu leave a legacy behind as their school closes, as well as Sawa to find her way again when she begins to lose hope after being rejected from an equestrian program. Much as how Sawa and Konatsu had tried to help Wakana, Wakana is able to grow and return the favour to her friends in a big way. The first episode of Tari Tari, however, betrays none of this to viewers: at the end of the first episode, viewers were only introduced to the characters, creating a sense of intrigue as to how the series would unfold. First impressions in anime are important, and Tari Tari certainly captured my interest during a time when, having finished my physics course, I became wholly focused on preparing for the MCAT. Each and every week, I had a new episode of Tari Tari to look forwards to, and seeing how the series showed a group of individuals putting in the effort to make something bigger than themselves would have another, unforeseen impact on what I ended up doing after the MCAT concluded.

A half-year before Tari Tari began airing, one of my colleagues had suggested the idea of submitting a paper to an undergraduate journal about the versatility of our lab’s in-house game engine in visualising and interacting with biological processes. After classes ended, we would spend time drafting notes on what the paper would deal with in the student lounge on the medical campus. Halfway into the winter term, however, the coursework began picking up – I was struggling with biochemistry and needed to keep up with cell and molecular biology, while my friends similarly became busy with their own studies. The paper became forgotten as a result. When my MCAT finished, I had three weeks left in the summer left to me. By this point in time, Sawa had recovered her own determination after overhearing her father vouching for her while on the phone with an admissions officer from the equestrian institute she’d applied to. Together with encouragement from Wakana, Konatsu, Taichi and Atsuhiro, Sawa returns to school to help her friends convince the music instructor they should be allowed to perform at the culture festival. In the last hour, everyone had pulled through and set the groundwork for realising their wish of doing something together. Although three weeks was not a lot of time, my summer schedule had been quite open. I therefore approached two of my other colleagues who’d been interested in the paper, and they readily agreed to continue with the paper, being more than happy to refine their notes into passages. In the space of two weeks, I worked on the paper and transformed a set of notes into a full-fledged publication. My peers were pleased, but to my surprise, my supervisor was also impressed. A few revisions later, we had a complete first draft ready for submission. Both my colleagues had suggested that I take the first author position, having spearheaded the paper; while I am not one for ceremony, it suddenly dawned on me that a desire to do more with my summer beyond just the MCAT had left me with an experience not unlike that of Tari Tari. Having now written our first-ever publications in a journal, I became curious to see how Tari Tari would conclude, and the ending, which aired as my undergraduate thesis project was under way, was every bit as heartwarming and satisfying to watch. 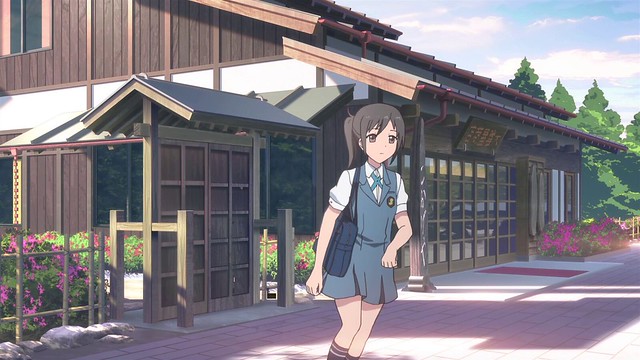 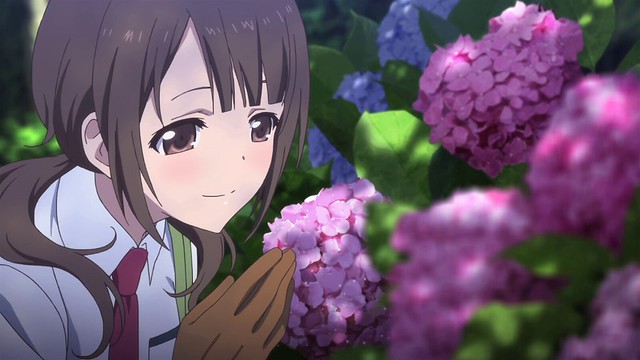 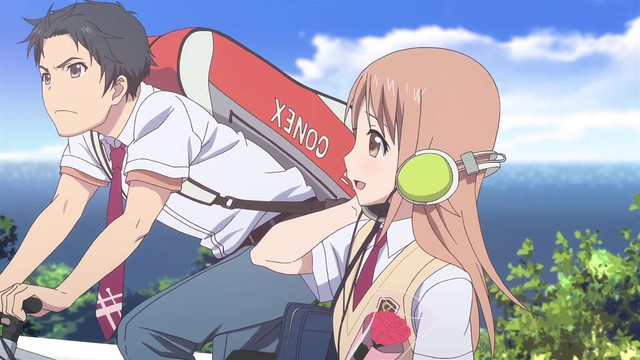 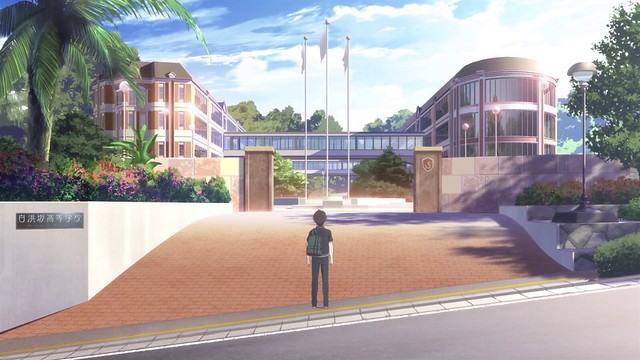 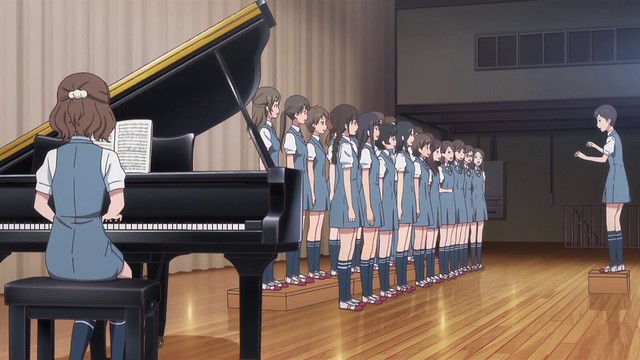 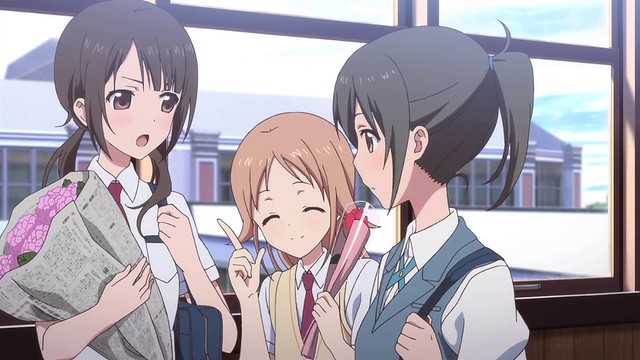 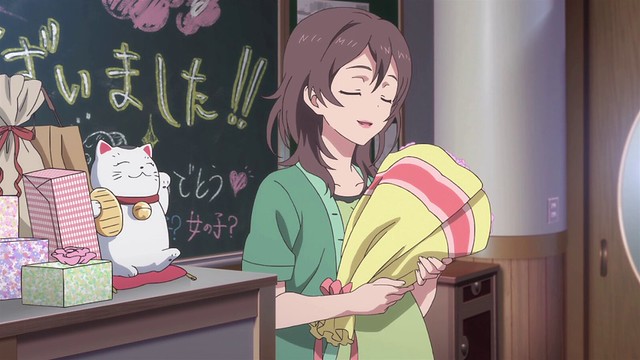 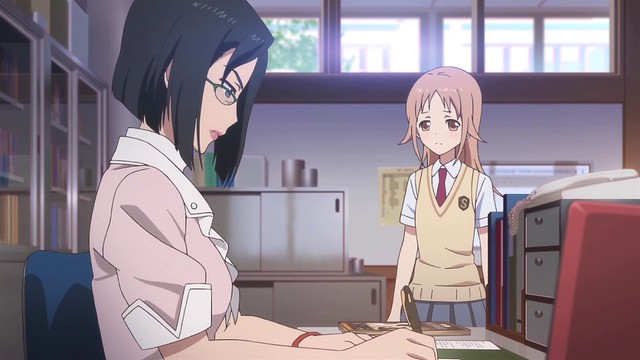 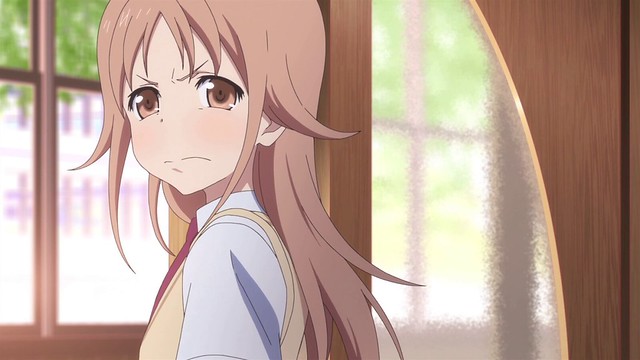 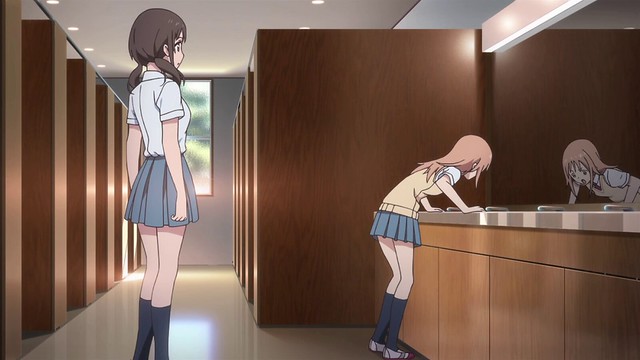 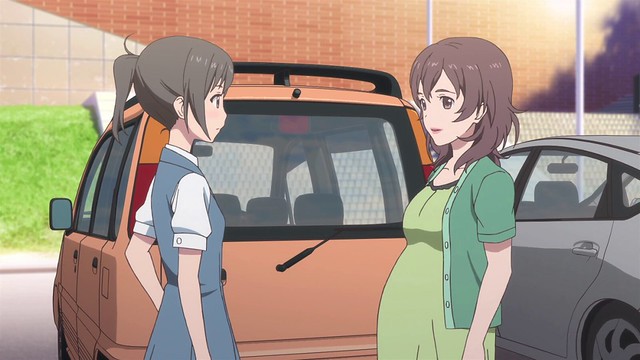 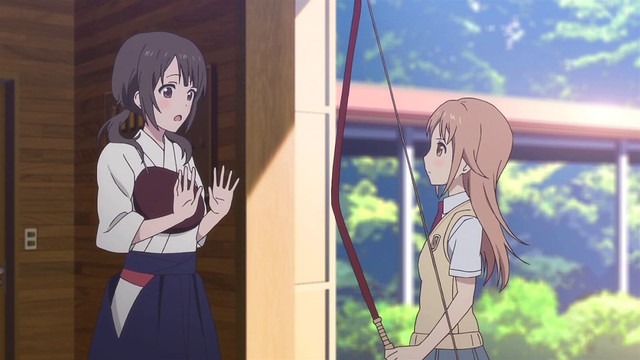 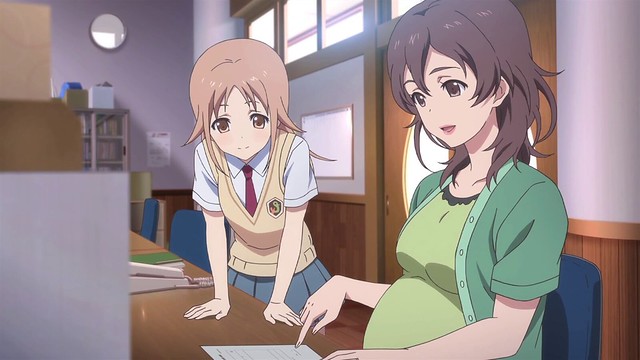 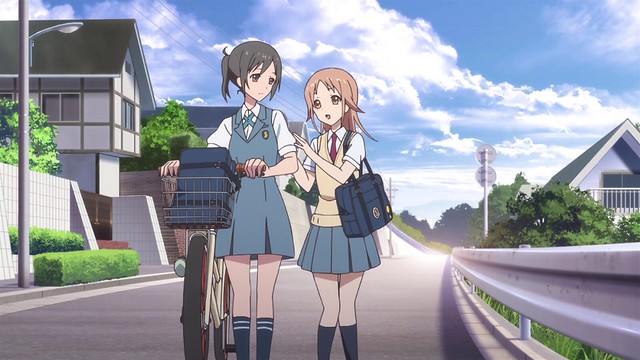 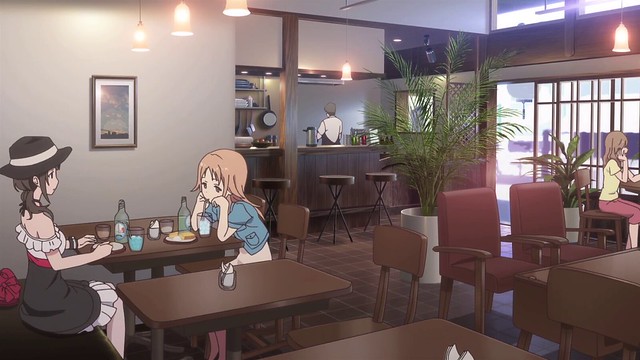 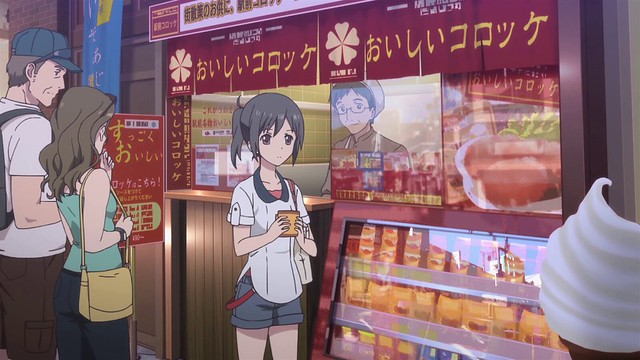 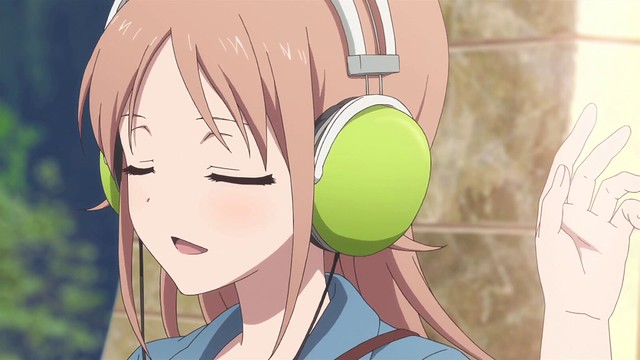 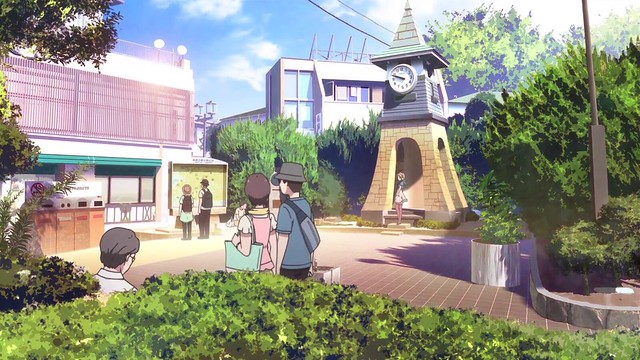 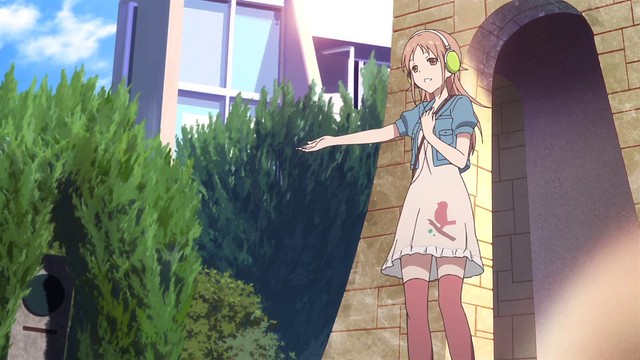 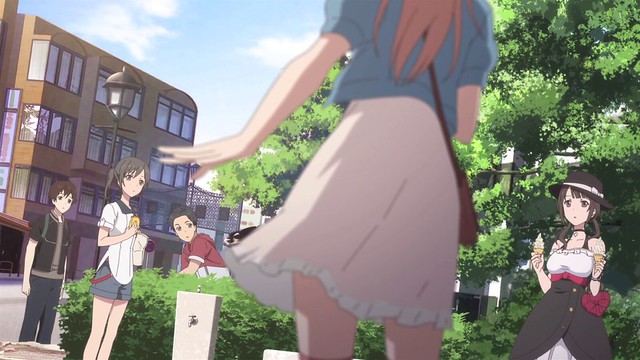 Although I was effectively four months behind on my undergraduate thesis work (I effectively spent the entire summer at my desk studying for various exams while my peers were laying down the foundations to their thesis project), working on the paper led me to realise that, because of how modular and flexible the game engine was, I already had my project. Within the space of two weeks, I had drafted out a complete proposal of what my own undergraduate thesis would be, and after my first week of term ended, I finished building a prototype proof-of-concept as a part of my proposal; in effect, I made up for three month’s worth of time lost in the space of a week. This was made possible by the fact that I’d known the game engine so well, as well as seeing what is possible when one is sufficiently motivated through Tari Tari. In Tari Tari, the narrative progresses very rapidly because the characters don’t dawdle: they either know exactly what their goals are and will not hesitate to act in a way as to pursue them, or, when they do stumble, people in their corner help to pick them back up. I would ultimately give my proposal presentation in front of my entire graduating class, and the project was given approval to proceed, right as Wakana and her friends put on a successful final musical performance before their school closed. In this way, Tari Tari would become a masterpiece for me. I would encounter some difficulty in finding the right words for praising this series, but in subsequent years, it would become clear that Tari Tari was a series that left a nontrivial impact on my life. While the series did receive an OVA with its ultimate collector’s addition, along with a sequel novel set ten years after everyone graduated, Wakana, Konatsu, Sawa, Taichi and Atsuhiro’s futures generally remain unknown to overseas fans of the series. However, if my outcomes are a reasonable precedence, it would be reasonable to suggest that, while the path may not have been the smoothest, everyone’s found their way as adults – this is an encouraging thought, but a part of me wishes to read the novel for myself because, despite Tari Tari having concluded in a very decisive manner, I’ve long wondered if Taichi ever was able to pursue a relationship with Sawa.

4 responses to “Running and Inviting: Revisiting the Beginning of Tari Tari a Decade Later and the Choir and Sometimes Badminton Club’s Influence On a Journal Publication”