Terrible Anime Challenge: Listen to Me, Girls. I Am Your Father! and Finding A Path Amidst Adversity Through Family

“Grit is that ‘extra something’ that separates the most successful people from the rest. It’s the passion, perseverance, and stamina that we must channel in order to stick with our dreams until they become a reality.” –Travis Bradberry

After an air accident results in his sister and her husband’s deaths, university student Yūta Segawa decides to take in his sister’s children, Sora, Miu and Hina, and raise them himself to keep them from being separated. Although the journey is a desperately tricky one, thanks in no small part to Yūta’s small apartment and limited budget. Despite his struggles, Yūta is determined to keep Sora, Miu and Hina happy – he takes on several jobs to help make ends meet, allows the girls to modify the apartment so they can have a modicum of privacy, and accompanies the girls to pick up some of their belongings back home. Summer vacation soon draws to a close, and Yūta’s friends, the statuesque Raika Oda, smooth but caring Kōichi Nimura, and the uncouth Shuntarō Sato also begin helping out in their own way. Although Yūta’s relatives are disapproving of the arrangement, after Yūta manages to convince them of his commitment to Sora, Miu and Hina’s well-being, they approve of his decisions and, to help him along, transfer his sister and her husband’s old house to his name, allowing everyone to continue living together. This is 2012’s Listen to Me, Girls. I Am Your Father! (Papa no Iukoto wo Kikinasai!, and from here on out, PapaKiki! for brevity), an anime that had caught my eye for its premise – despite its approach raising some eyebrows, I was met with an anime that proved unexpectedly heartwarming. However, for the past decade, I had trouble writing about this series; the themes here had been simple enough, and PapaKiki! had shown how raw determination in the face of adversity was sufficient to overcome all obstacles. This message is most evident in the sheer effort Yūta directs towards looking after each of Sora, Miu and Hina, but at the same time, it also speaks to the lingering feelings that Sora has for Yūta. Determination and grit alone do not cut it – where individual effort fails, the classic message of accepting help from others comes into play. Raika helps Sora on several occasions, teaching her how to cook and encouraging her to do her best, leading her to continue with her club activities, and Hina quickly captures the hearts of the community. Kōchi manages to help Miu rediscover her spirits after she becomes depressed when classmates begin pitying her situation. In spite of how clear the themes are, aspects of PapaKiki! lingered on my mind, and in conjunction with an impending MCAT, I ended up putting off a discussion of this series.

Upon revisiting PapaKiki!, it turns out that there had been a subtle, but constant sense of melancholy throughout the anime. Although Sora, Miu and Hina find joy in their everyday lives, and Yūta is happiest when everyone is living their lives fully, the question of handling Yuri and her husband’s death hangs over every moment. It isn’t until the series nears its conclusion that this point becomes addressed – Sora breaks the news to Hina, and while Hina is visibly saddened, she resolves to continue smiling for those around her. At her age, children like Hina do not have a full concept of what death is, and instead, may instead hold themselves accountable for things. To see Hina swiftly turn things around and promise to not cry, and instead, smile, was therefore heartwarming in that it shows just how important Yūta and her sisters are to her. Despite the loss of her parents, Yūta, Sora, Miu and the entire neighbourhood have her back, and Hina appears to be aware of the fact that being respectful to her parents simply means being kind to those around her and making sure everyone around her continues to smile. In this way, PapaKiki! becomes more than a mere story about Yūta’s efforts to look after a family despite being in a tough spot, his love for his sister’s children is strong enough to help them remain strong and in the end, accept that while their parents aren’t returning, they can still live their own lives fully and honour their parents’ wishes for them. Together with help from Raika and Kōchi, as well as voice actress and neighbour Kurumi Atarashi, and practically the whole neighbourhood, Hina thus is able to make a new family and shows to Yūta’s aunt and uncle that, beyond any doubt, everything he’s done for Sora, Miu and Hina has been genuine and effective. Looking past the superficial elements, such as the camera’s focus on Raika’s assets, Shuntarō’s perverse traits or the fact that Yūta has ill timing whenever Sora is concerned, PapaKiki! succeeds in dealing with a challenging topic in a mature and thoughtful way. This is where PapaKiki! excels, and in conjunction with a touching story about Yūta’s determination, as well as Sora’s efforts to get Yūta to notice her as more than just a child, PapaKiki! ends up being superbly enjoyable, covering a considerable amount of territory over a short run. 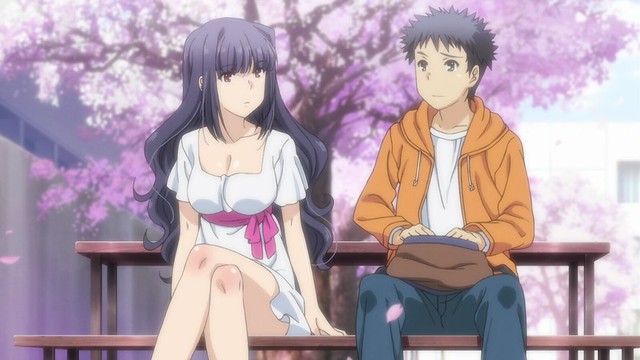 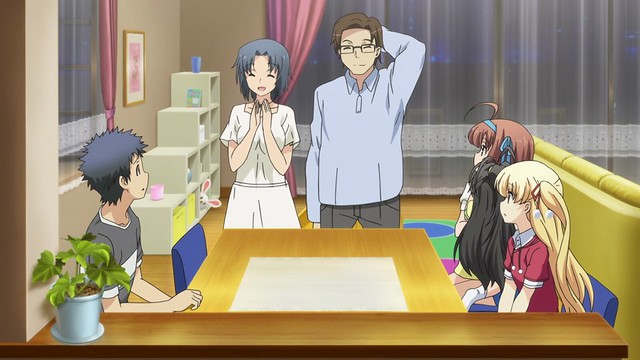 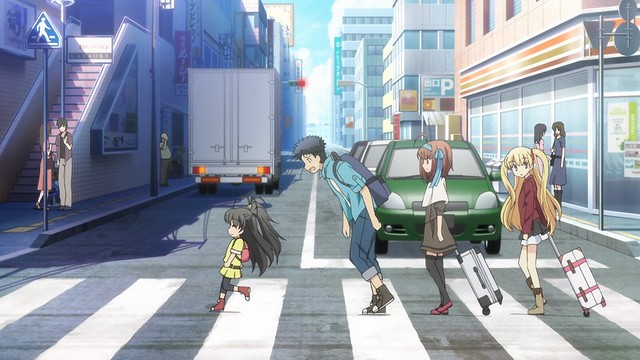 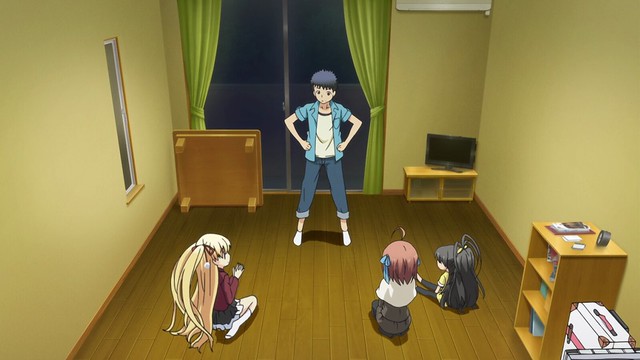 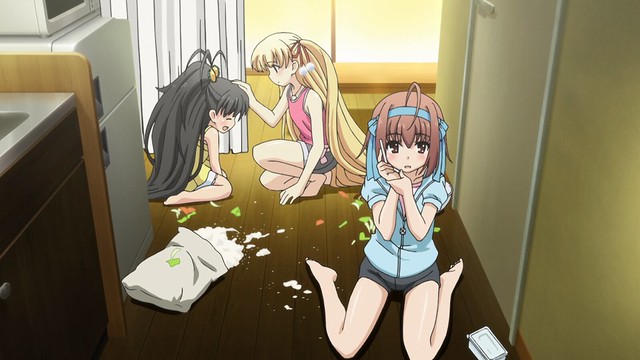 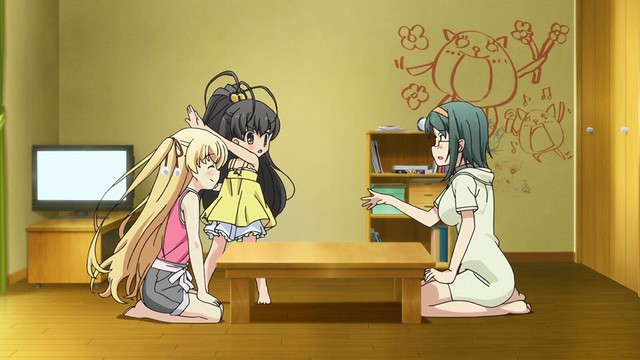 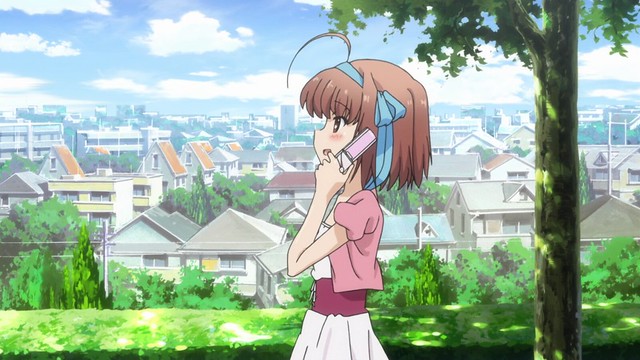 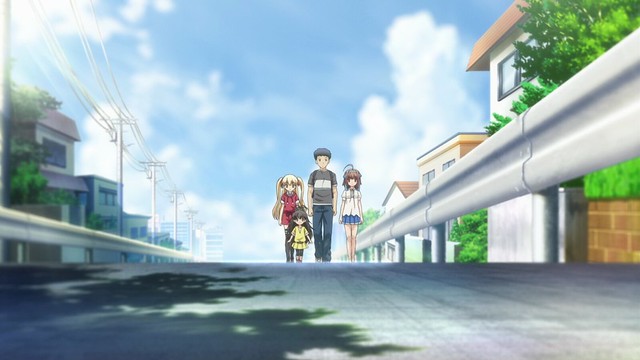 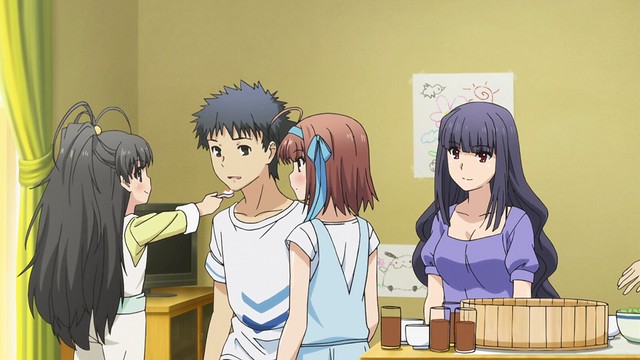 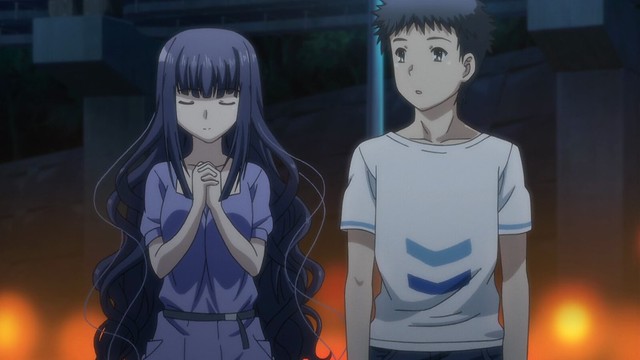 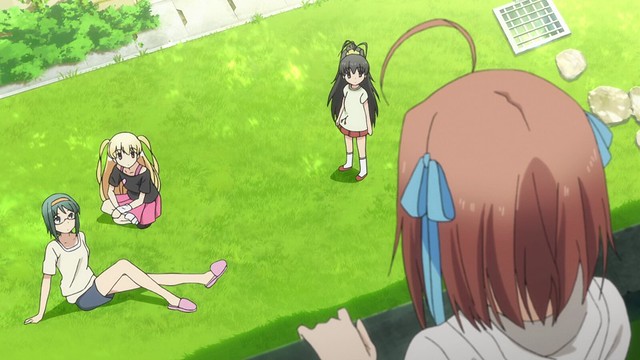 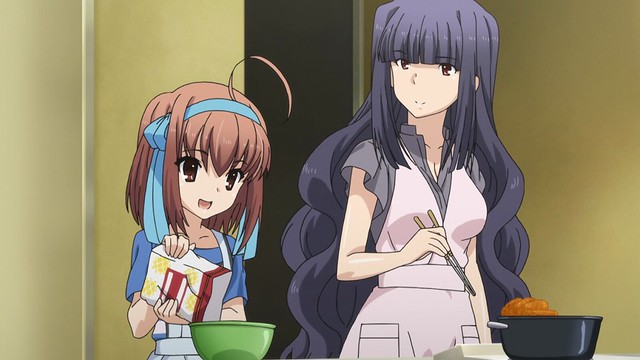 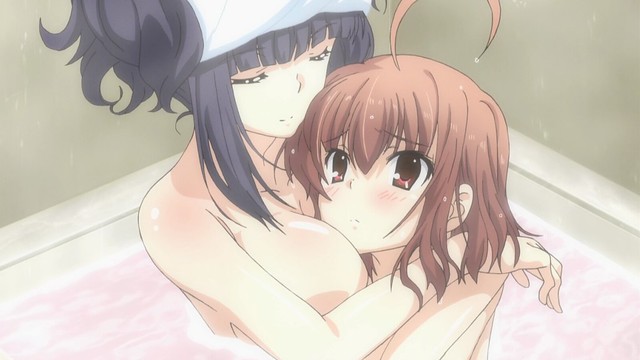 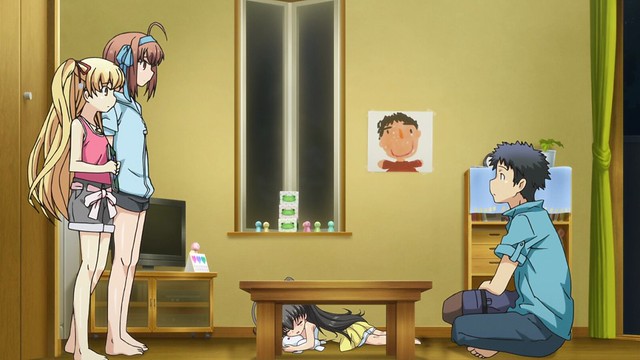 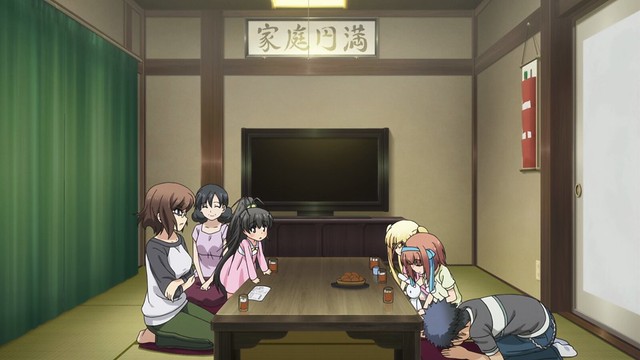 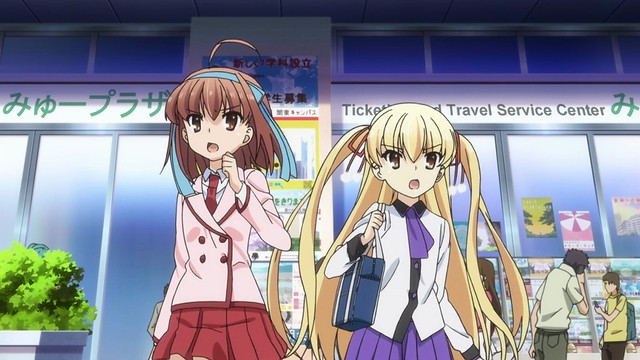 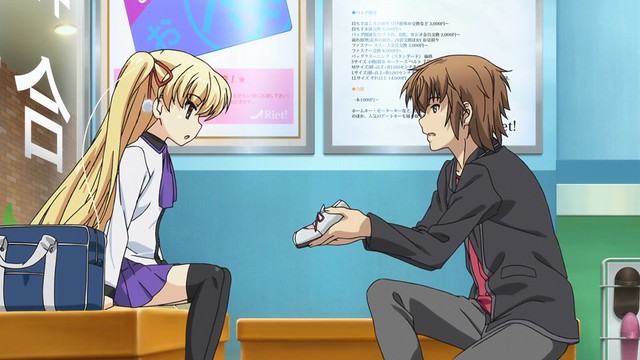 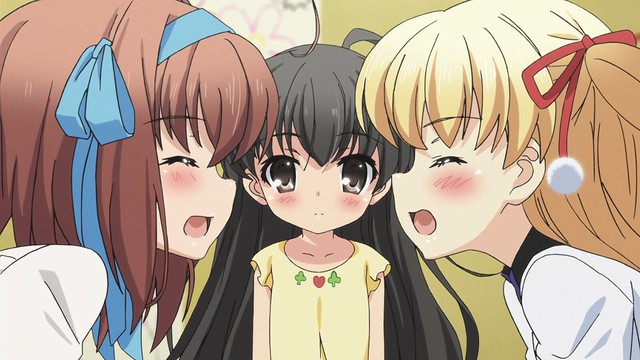 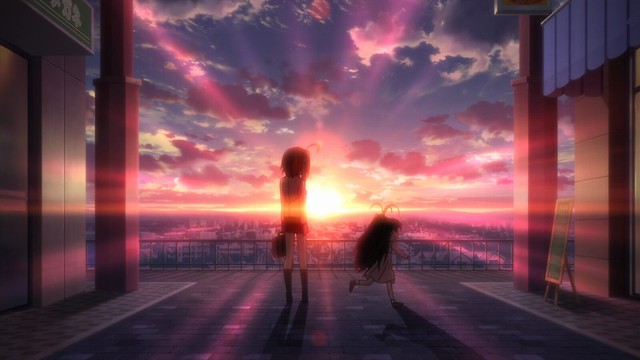 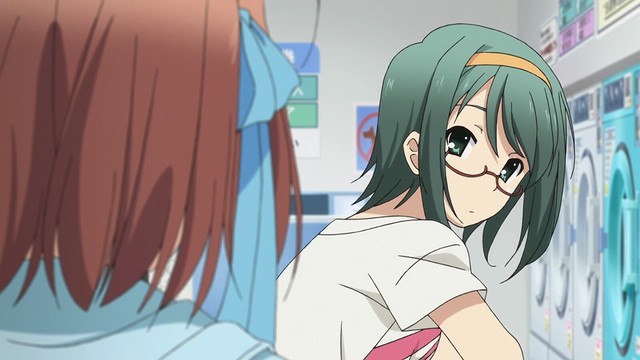 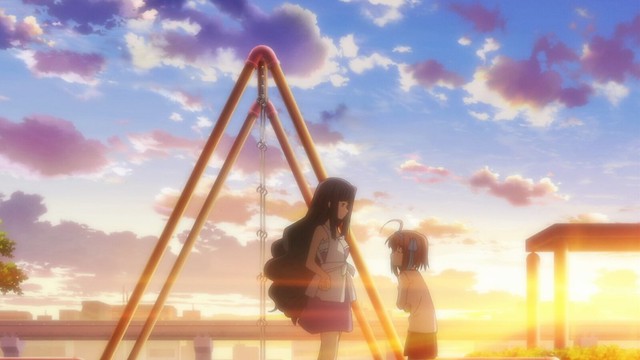 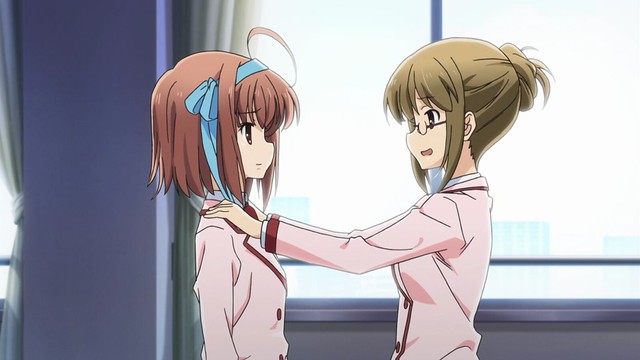 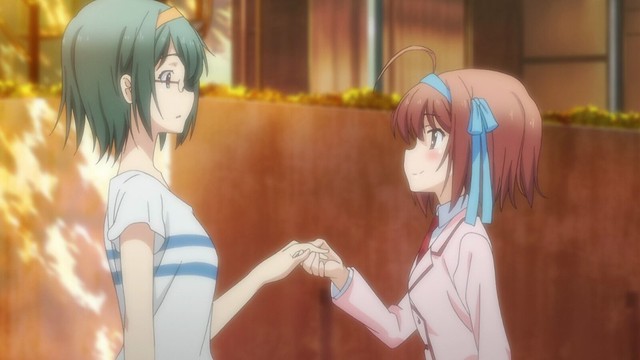 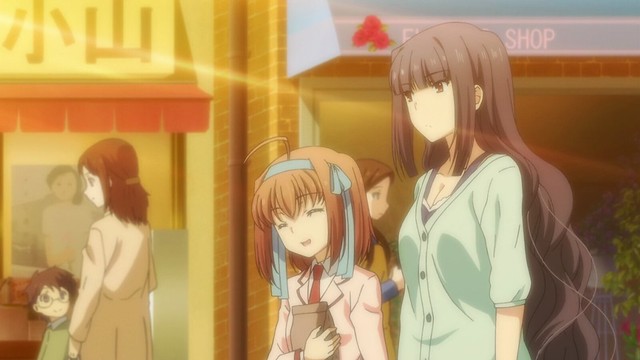 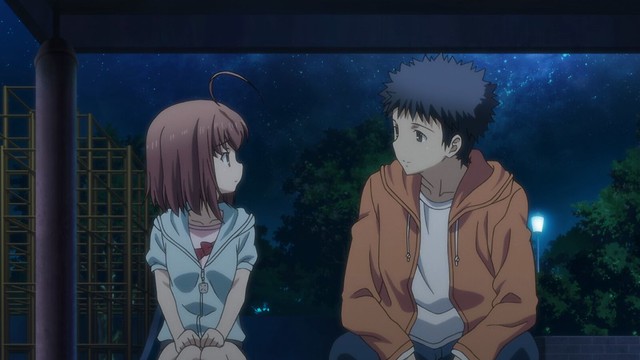 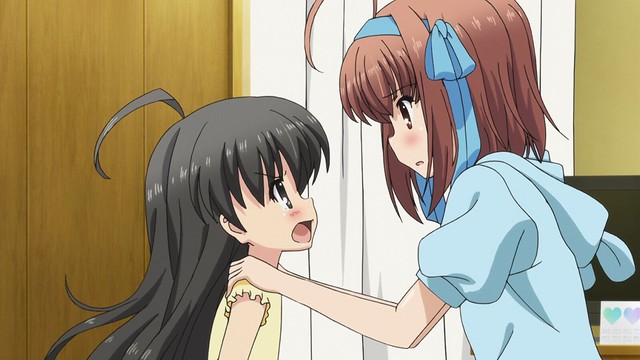 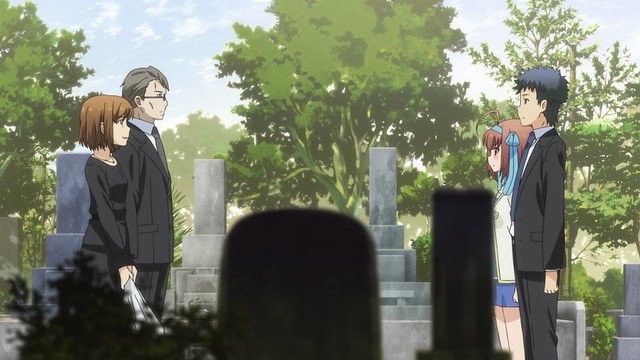 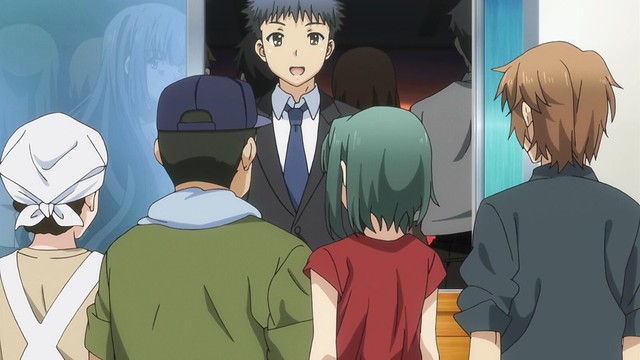 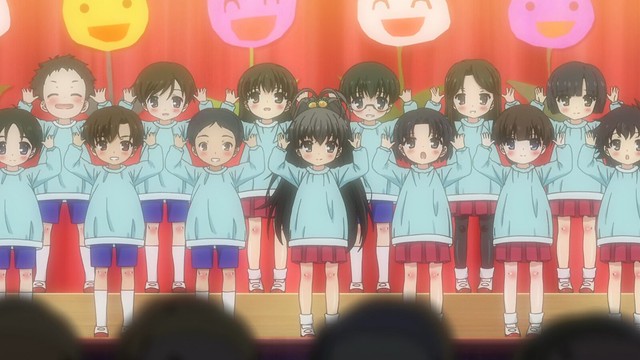 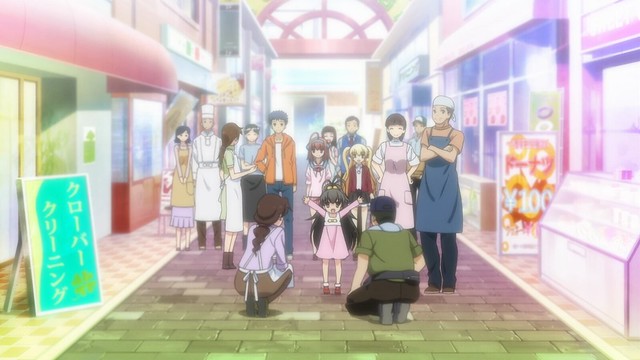 When I had finished PapaKiki! for the first time, I had wondered if the story would have succeeded in conveying its messages had Yūta been a salaryman rather than a university student. Finances and housing were two of the biggest problems he had to deal with; buying enough food and essentials for four, on top of making a small apartment work, cannot have been easy on his part time jobs, forcing him to take on more work to ensure there was enough money to keep the lights on. This results in Yūta spending less time with Sora, Miu and Hina, to the point where his relatives do begin worrying about whether or not he can maintain his studies on top of his duties as a guardian. Towards the end of PapaKiki!, Yūta’s aunt and uncle arrange for him to take possession of his sister and her husband’s old home – while Yūta would still need to deal with property tax, utilities and insurance, having a place to decisively call his own would doubtlessly be a game-changer. Sora, Miu and Hina return to a familiar home, and Yūta no longer needs to worry about rent or a mortgage, freeing up his finances for other things. In PapaKiki!, Yūta’s struggles with funds contribute to a part of the story; taking this problem away would likely have diminished the story, and so, in retrospect, it was appropriate to have Yūta be a university student. A series where Yūta was already a salaryman with some financial stability would take away from the effort, and while there’d still be the matter of handling his sister’s death and communicating this to Hina, much of the conflicts in the series would be lessened. Yūta’s uncle and aunt would be less hesitant to let him keep acting as Sora, Miu and Hina’s guardians, and Yūta himself would actually spend more time with everyone, avoiding some of the misadventures that arose in PapaKiki!. Altogether, while the setup in PapaKikI! cannot be said to be realistic, the story was set in such a way so that the deck is stacked against Yūta, giving viewers more reason to root for him, and the series’ outcomes become more satisfying as a result. In this way, PapaKiki! shows how works of fiction may need to use contrived and unrealistic scenarios to convey their message – series that are more realistic may come at the expense of impact, and for this reason, I hold that realism isn’t always an important metric on which works of fiction should be judged against.