Kase-san and Morning Glories: OVA Review and Reflection Upon A Tale of Romance Amidst the Flowers

4 Comments Posted by infinitezenith on August 4, 2022

Yui Yamada is a member of her school’s Gardening Club, and when she entered high school, she’d been quite reserved and shy. She develops feelings for Tomoka Kase, a popular athlete who competes on the school’s track and field team. While Yui becomes worried about being unable to spend as much time with Tomoka as she’d like because Tomoka is so involved, Tomoka reassures her that the feelings between them haven’t changed. It turns out that, while eating lunch on the school rooftop one day, Tomoka had spotted Yui tending to the school’s flower gardens and became entranced by the dedication Yui had exhibited. Over time, Tomoka would look forwards to seeing Yui, and on one occasion, Yui finally turns around and looks at Tomoka. The pair eventually begin going out with one another. In the present, Yui invites Tomoka to her place on an evening where her parents are out, and in the moment, Tomoka asks if Yui would be okay with taking things to the next level. Before anything can happen, Yui’s mother calls her, and Tomoka laughs, promising there’ll be another time. Later, during a class trip to Okinawa, Yui becomes worried about Tomoka seeing her naked and declines to join her in the hot springs. Although Tomoka worries that Yui wants to end the relationship, a heart-to-heart conversation between the pair on a secluded beach clears things up. With the end of high school fast approaching, Yui applies to a local university, but is saddened to learn that Tomoka’s received a recommendation to an atheletic university in Tokyo. Although she struggles with the prospect of separating from Tomoka, she still wishes her well. In the end, Yui decides to follow her heart and applies for a post-secondary in Tokyo, such that she can continue to be by Tomoka’s side. An adaptation of Hiromi Takashima’s manga Kase-san, Kase-san and Morning Glories is a love story set towards the end of high school, when paths begin diverging as people follow their own ambitions for the future. The manga originally ran between 2010 and 2017, and in 2018, an OVA adaptation première in Japanese cinema, bringing the story’s first act to life in an hour-long journey that follows the beginnings of Yui and Tomoka’s romance in a touching and heartwarming journey in which Yui decides to trust in her feelings and pursue a future where she can be with Tomoka, rather than forgoing the opportunity.

Kase-san and Morning Glories is a story that employs the age-old literary device of “following one’s heart”, in which characters will act on their emotions and feelings in the heat of a moment such that they do not have any future regrets. The fact that this theme is so prevalent in fiction speaks to the fact that this is something that people yearn for: all too often, people fail to act, whether it be a consequence of aversion to failure and the unknown, or because of constraints making it impractical to do so. In the realm of fiction, then, being able to follow one’s heart, and tangibly benefit from a personal growth perspective, is to serve as a message of encouragement and suggest that sometimes, one should take the plunge and go for it, if only to give things a go and see what becomes of one’s efforts. The applicability of this particular lesson varies depending on the context, and in the case of Kase-san and Morning Glories, it is a trickier place to apply the message. On one hand, it is commendable that Yui is so committed to her relationship with Tomoka that she’s willing to give up a slot at her local university for a post-secondary in Tokyo that she might not gain admittance to. However, the risk here is that if Yui’s gamble had not succeeded, she’d be separated from Tomoka anyways. Because this is a story, things work out nicely for Yui: she does end up attending a Tokyo post-secondary and majors in horticulture, simultaneously pursuing a field she’s genuinely interested in while at the same time, being close to the person she loves. However, this isn’t something that is always applicable to reality; sometimes, one must make the difficult decision and pick one choice among two owing to certain limitations in their circumstances. In this case, the suggestion that having it all comes across as being ludicrious: making difficult choices is a part of maturing, and a large part of being an adult is owning the consequences of one’s decisions. As a result, I find myself disagreeing with the messages that sometimes are sent with the “following one’s heart” theme on some occasions. Here in Kase-san and Morning Glories, Yui’s decision is admirable, but not always viable in every situation: at the very least, Kase-san and Morning Glories would have benefitted from additional portrayal of Yui reasoning out her decision to change her post-secondary applications at the last minute. 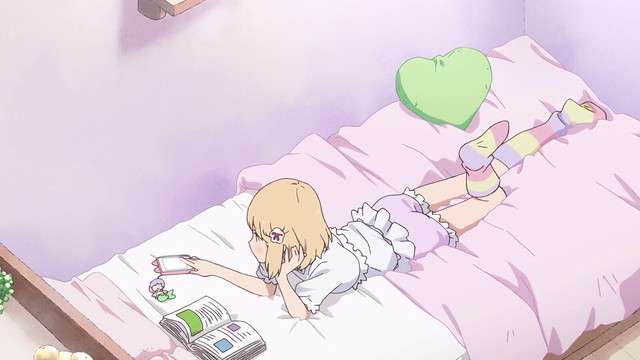 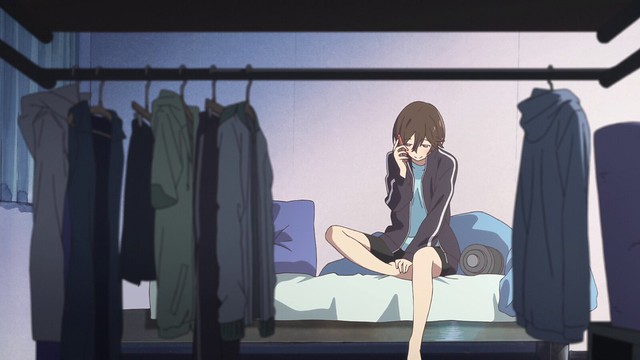 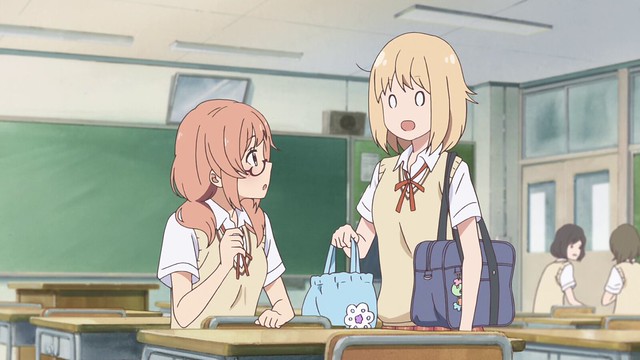 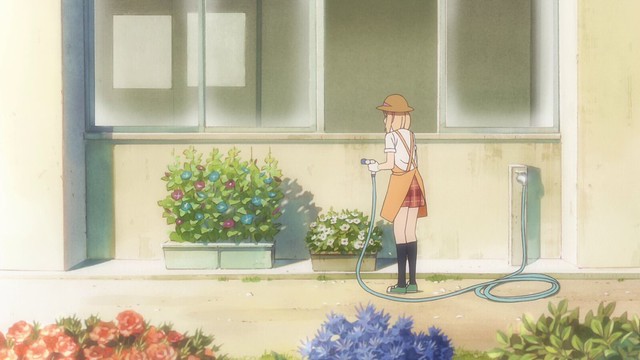 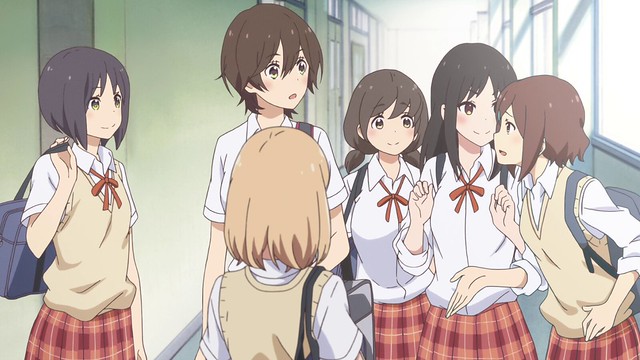 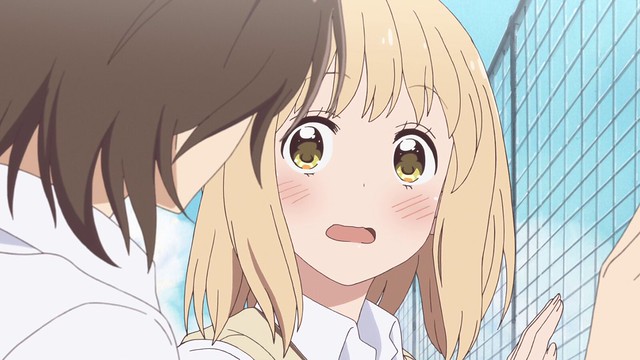 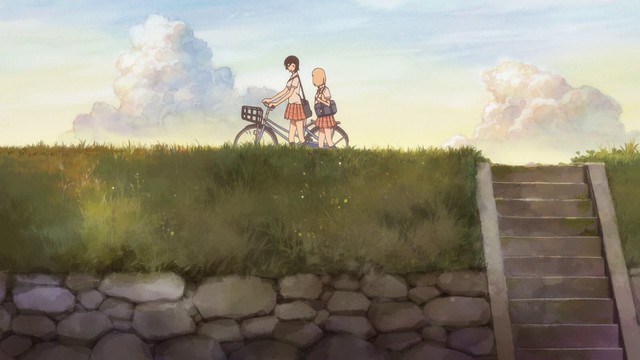 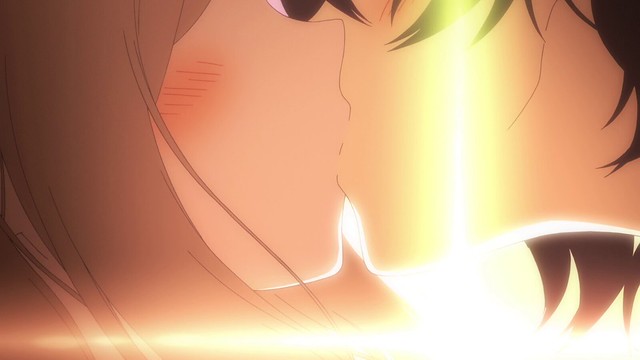 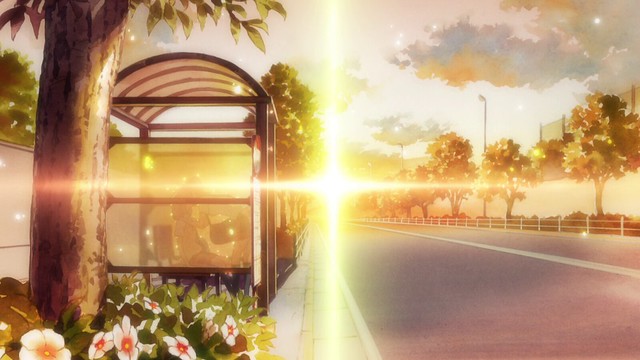 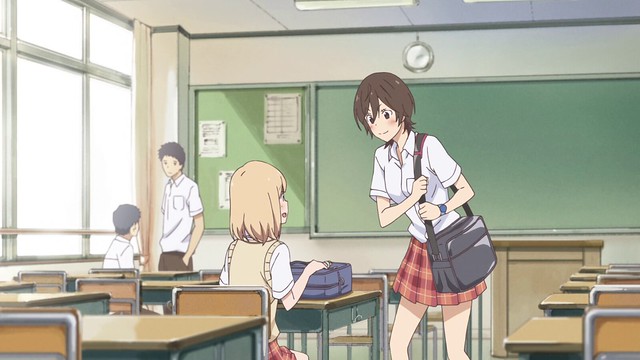 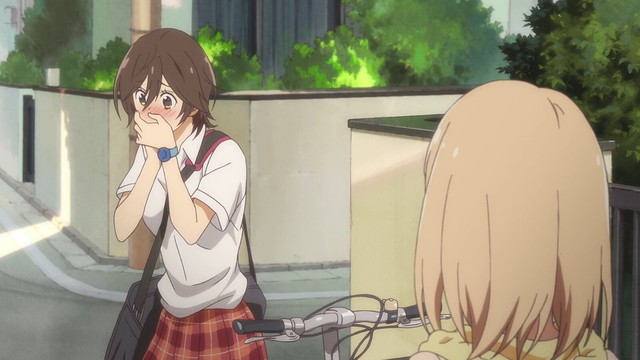 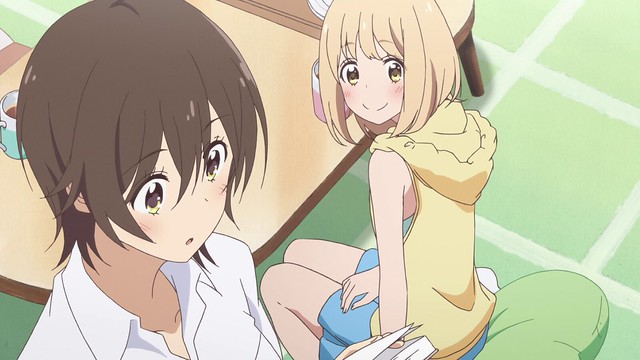 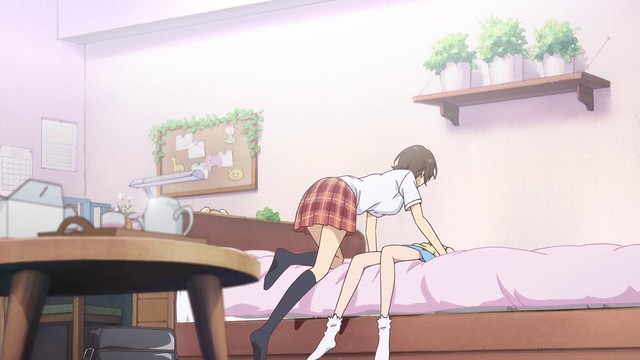 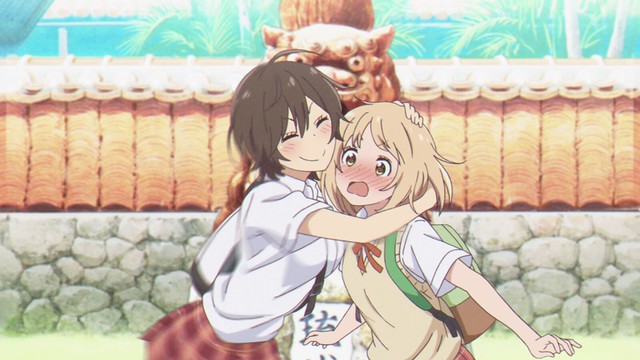 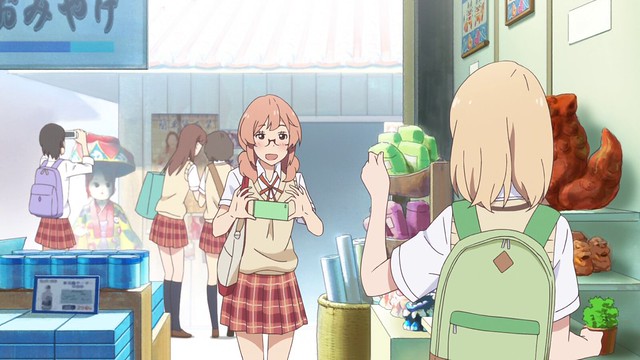 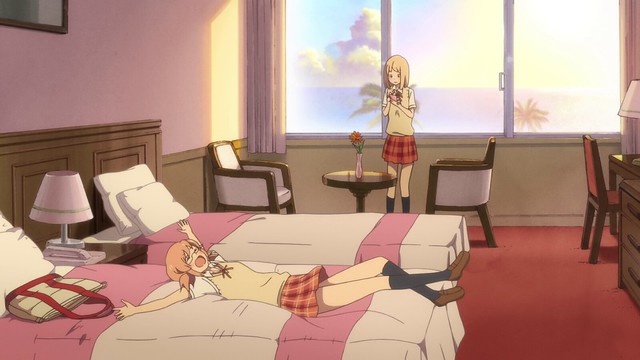 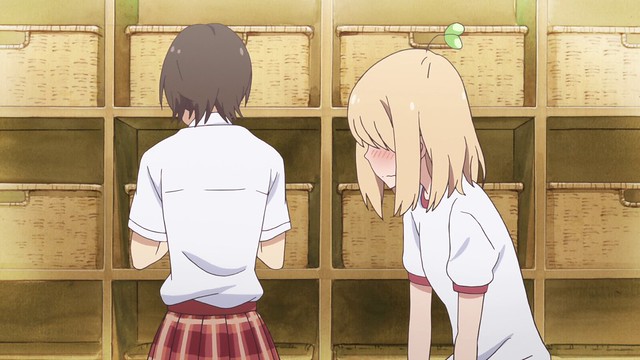 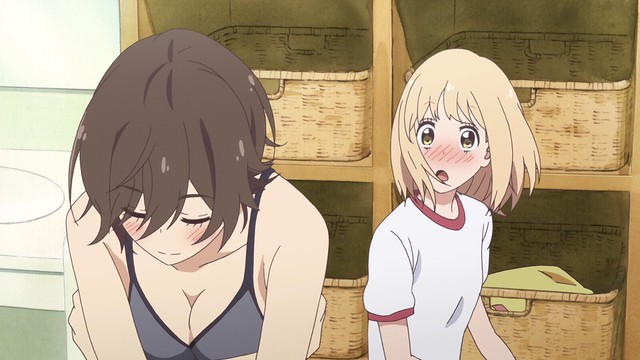 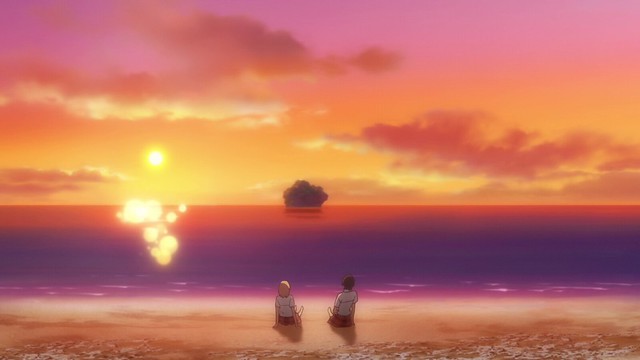 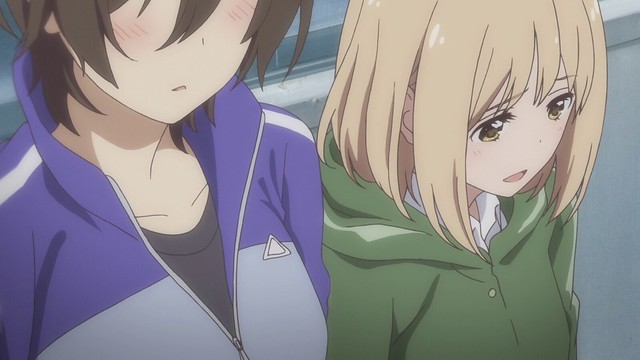 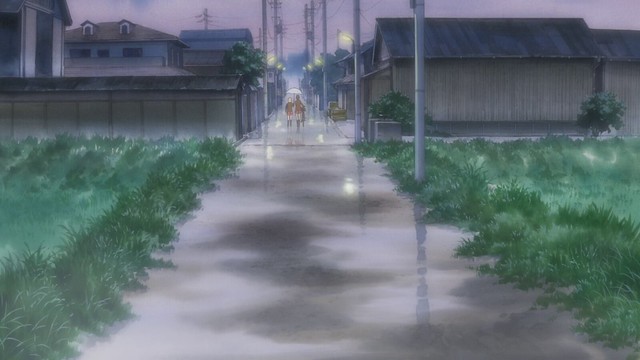 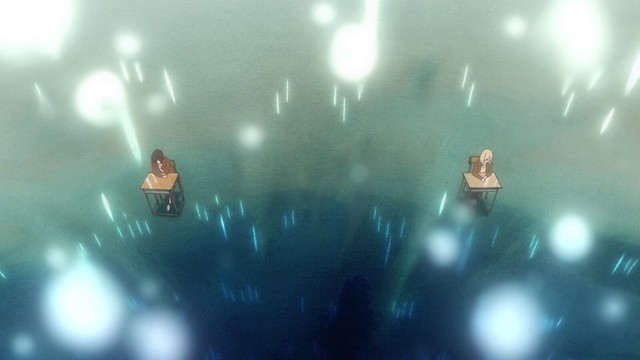 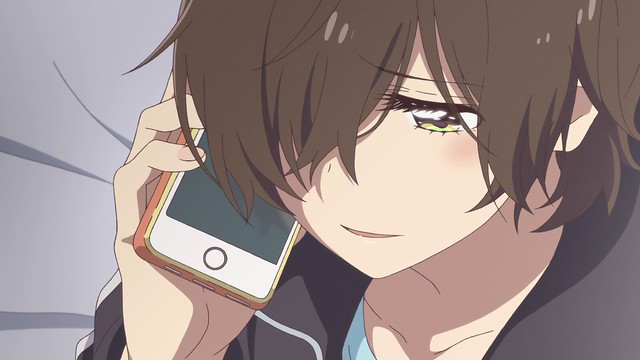 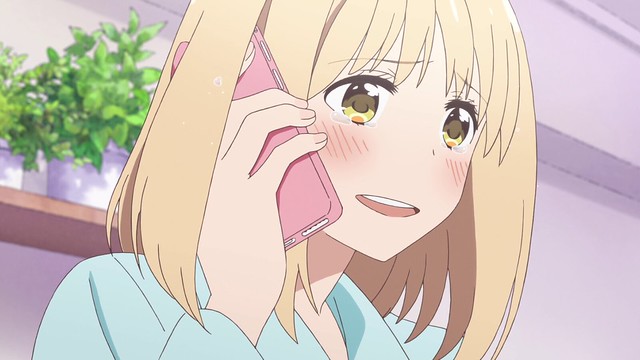 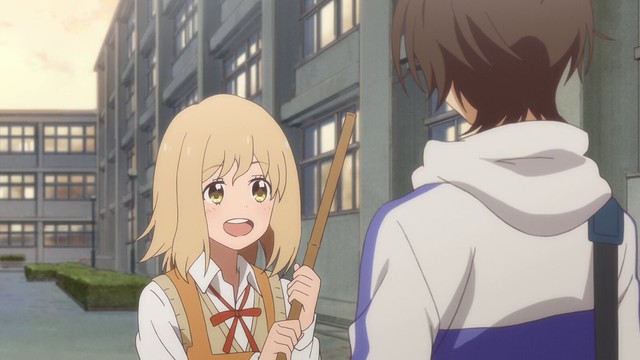 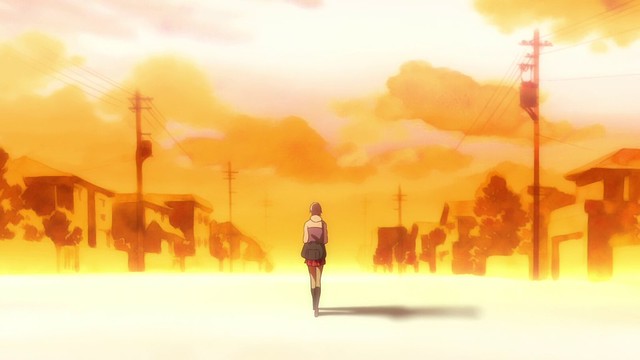 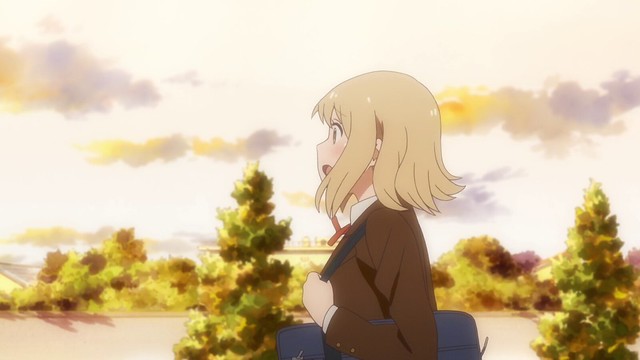 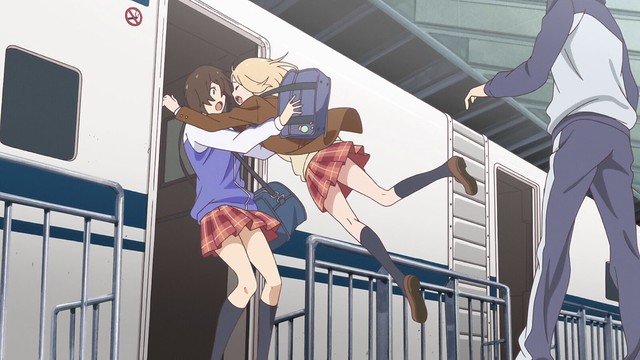 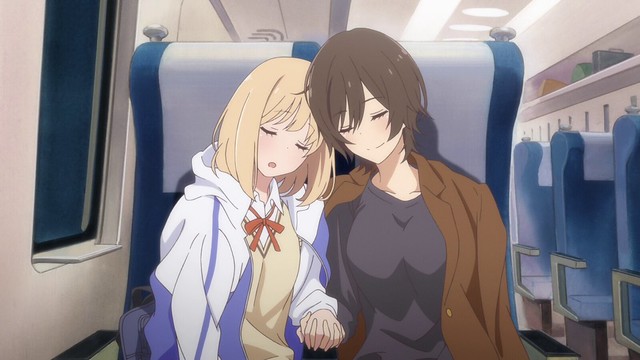 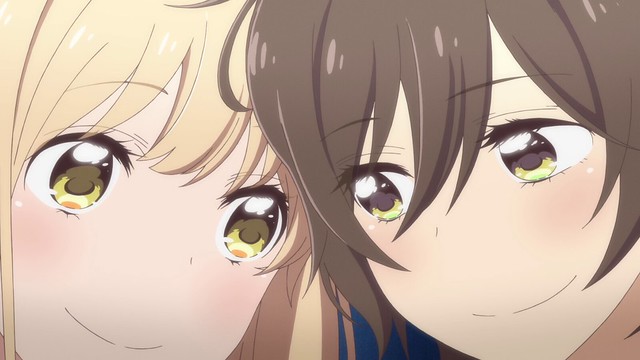 While I do not wholly agree with the message that Kase-san and Morning Glories sends, I nonetheless found this OVA to be enjoyable, as it shows the awkward and uneven progress that often accompanies a relationship where both partners are getting a feel for things. Miscommunications are sorted out without incident after a little bit of rumination, both partners are unsure of how quickly (or slowly) to take things, but the feelings are very much real. For this reason, Kase-san and Morning Glories remains a fantastic film for its portrayal of how a first relationship might unfold. The dichotomy between my response to Kase-san and Morning Glories‘ themes and its execution may prima facie appear contradictory, but in reality, there isn’t anything so unusual about this outcome: I can enjoy something even if the message isn’t one I agree with, as it represents a chance to see how another mind (i.e. the author’s) might approach a problem. Through Kase-san and Morning Glories, Takashima suggests that it’s okay to throw caution to the wind and trust in one’s feelings. In my own experiences, I’ve always weighed my decisions and make them based on what I think to maximise my benefits in the long term. Although I’ve ended up with a few regrets as a result of my choices, on the whole, I tend to make more decisions that leave me satisfied with their outcomes, and moreover, the decisions I’ve come to regret, I’ve also accepted responsibility for. The gap between what I’ve seen and what Takashima indicates through Kase-san and Morning Glories might be at odds, but considering how vast the world is, there are almost certainly situations where, were one to be in Yui’s shoes, her choice would be counted as correct; just because something didn’t work for me does not mean it is universally inapplicable in every situation. This is why I’m able to watch series without disliking them: I understand that an author’s experiences will be dramatically different than my own, and that through their work, I am able to gain a little more insight into a mode of thinking that I otherwise would not consider. The ability to reflect on one’s own biases in the context of an anime is something that I’ve found to make for a good discussion, and this is something I try to apply to other things in my life, as well. This has worked reasonably well for me, allowing me to broaden my horizons; from an anime perspective, this means trying new shows out and being pleasantly surprised by them, and in reality, it means being open to new experiences that enrich my own life and knowledge.

4 responses to “Kase-san and Morning Glories: OVA Review and Reflection Upon A Tale of Romance Amidst the Flowers”