Kaginado: Reflections and Understanding the Effective Amusement in Crossover Parodies

2 Comments Posted by infinitezenith on August 27, 2022

“I think a lot of the time, you just parody yourself.” –Dylan Moran

Whereas Key adaptations have garnered a reputation for being heartbreakers and portray tragedies, Kaginado is a parody series produced by Liden Films Kyoto Studio and acts as a massive crossover for Key’s most iconic series, including CLANNAD, Kanon, Air, Little Busters! and Rewrite. As a part of the twenty-first anniversary celebrations, Kaginado brings back memorable characters and their traits from their stories, allows everyone to mingle in a shared space, and derive amusement from the antics that follow; Ryou laments her lack of presence compared to Kyou, Youhei challenges Mai, Lucia, Koutaro and Yuiko to a soccer game after he receives complaints, Yukito finds his puppeteering skills completely outmatched, and Kouko invites the older sister characters to discuss what they admire most about their younger siblings, only for things to devolve into a baseball game in which the younger sisters unleashed their repressed dissatisfaction at their older sister. Later, the male leads discuss the frustations of being a protagonist in their respective stories, and everyone prepares for a massive culture festival, only for the finale event to be crashed when Yuri announces she hates this world and plans to take the fight to this school with her SSS members. Hilariously light-hearted and poking fun at virtually every aspect of Key’s best-known works, Kaginado is a gentle series that shows Key as having a sense of humour about their previous titles. While I have seen Angel Beats!, CLANNAD, Kanon and Air, coming into Kaginado, I did not have any familiarity with Little Busters! or Rewrite. In spite of having two shows I’d never watched before, Kaginado‘s setup nonetheless created a novel experience in which I would find all of the moments funny.

By definition, parodies are dependent on a priori knowledge of a work to drive its humour. When I was in middle school, The Matrix and Star Wars Episode III: Revenge of the Sith was all the rage, and I spent many an hour laughing at the outrageous portrayal of The Matrix and Star Wars as fans poked fun at all aspects of these films. However, from the humour, it became very clear that one needed to have seen the originals in order for half the jokes to work. For instance, watching the Merovingian’s henchmen using weapons like an inflatable banana and a board with a nail in it as weapons against Neo during the chateau fight is dependent on having seen the original chateau fight. Someone lacking the context would not likely find these details amusing, and as such, watching Kaginado thus became an exercise in understanding what makes parodies work – whereas a traditional parody will often only focus on a single work, Kaginado is a crossover, and this allows characters from multiple stories to mingle together. Commonalities that the characters share allow one to gain a better of measure of how they act in their own series, as their combined interactions often create chaos in this shared environment. Since the problem of context is eliminated, one needn’t have seen every work in full to enjoy things, since knowing even about just one or two of the works can be enough to understand the context of a joke or exaggeration. This is where Kaginado succeeds as a parody, and even provides the incentive for one to give the other Key series a chance. 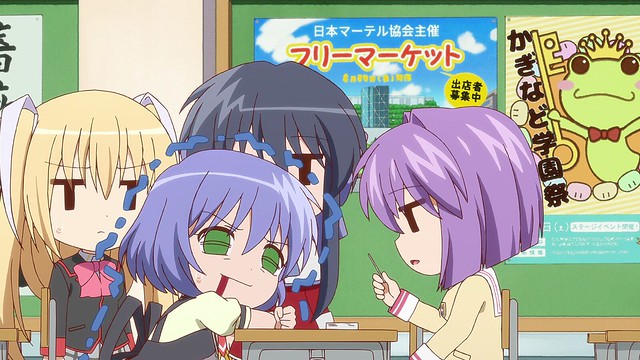 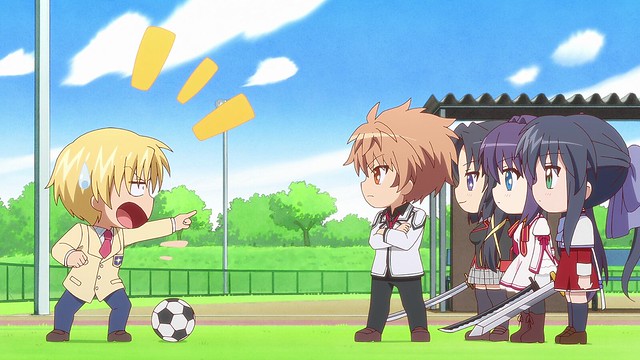 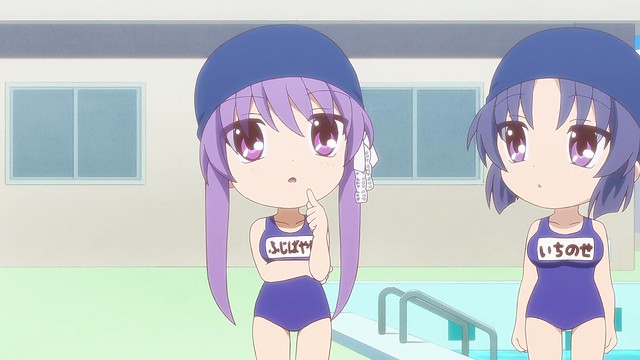 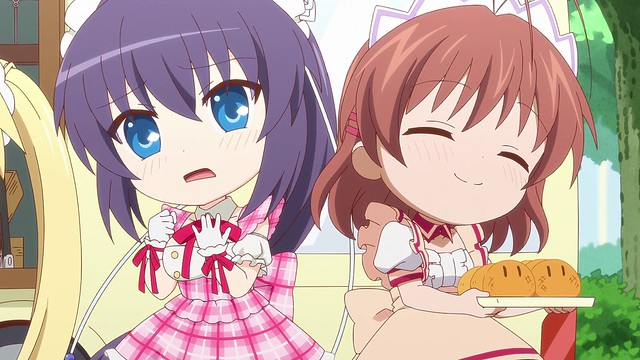 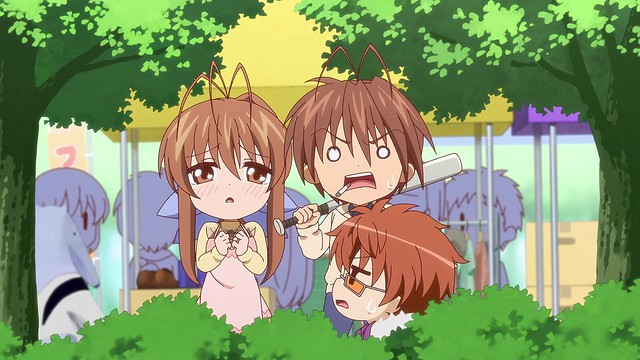 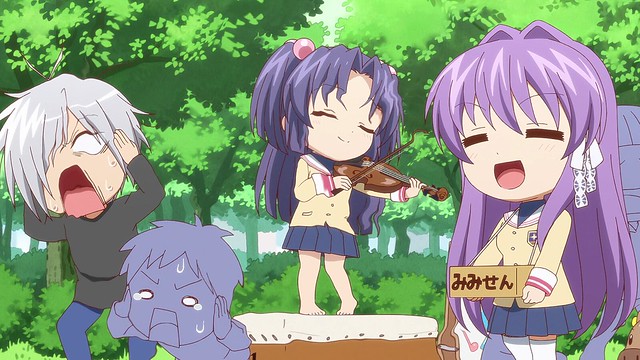 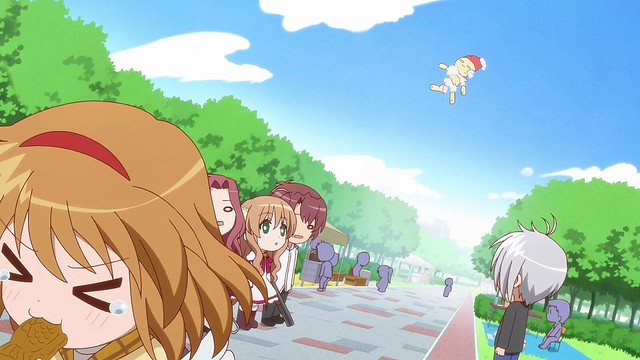 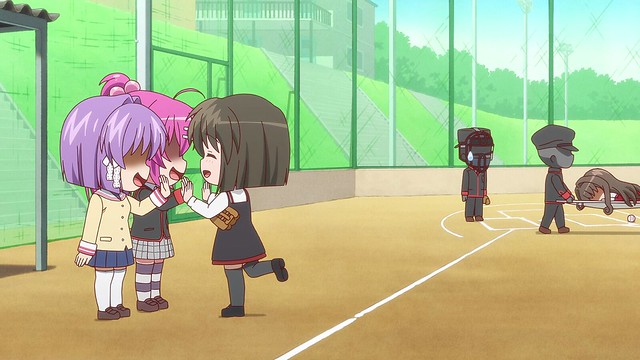 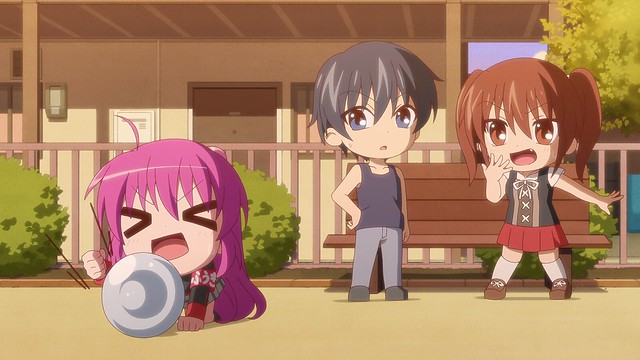 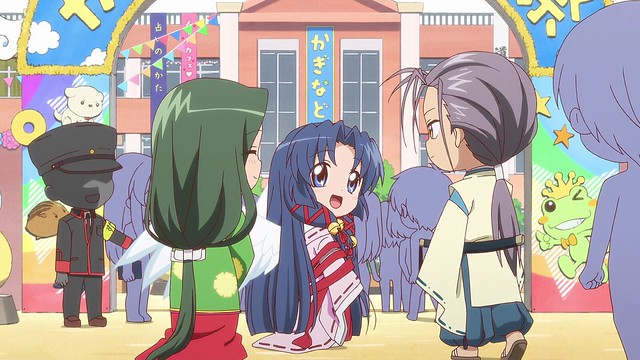 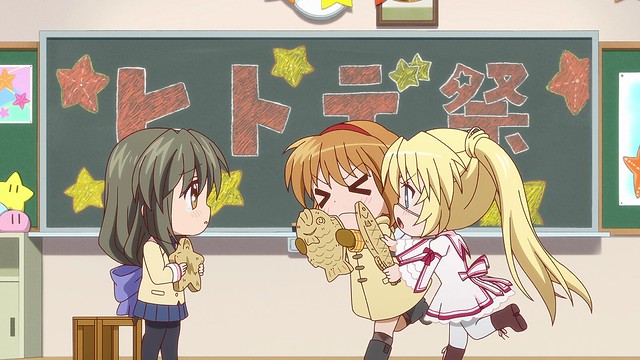 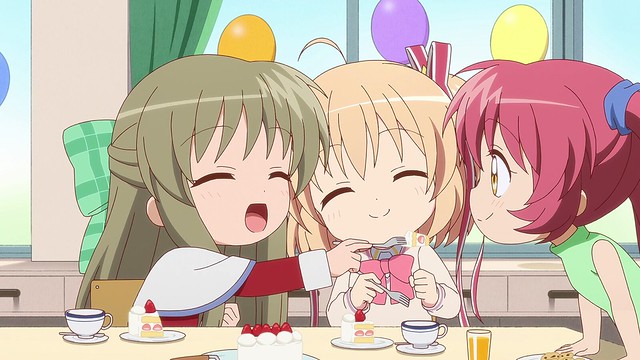 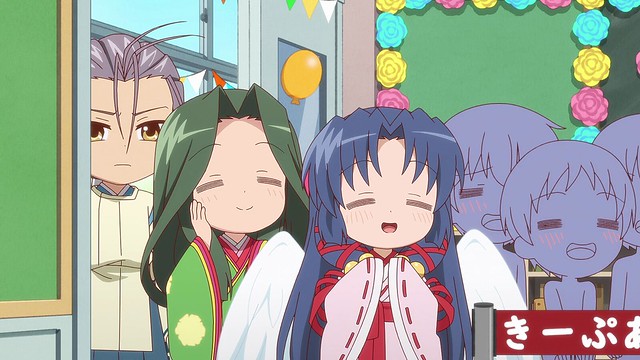 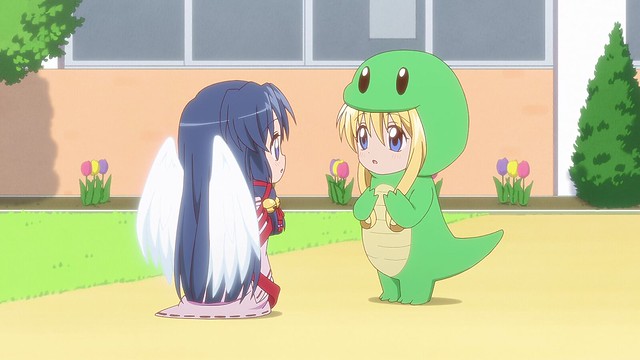 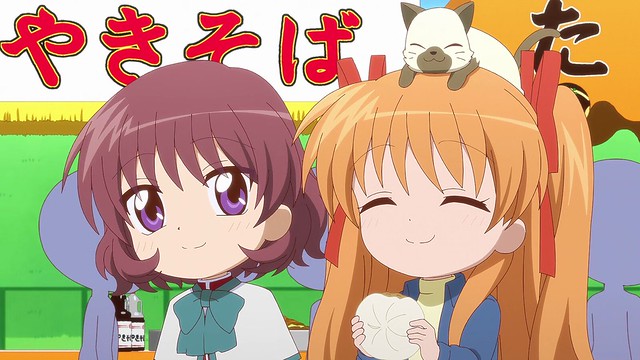 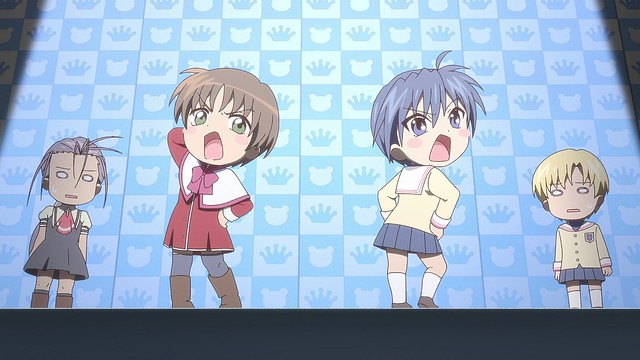 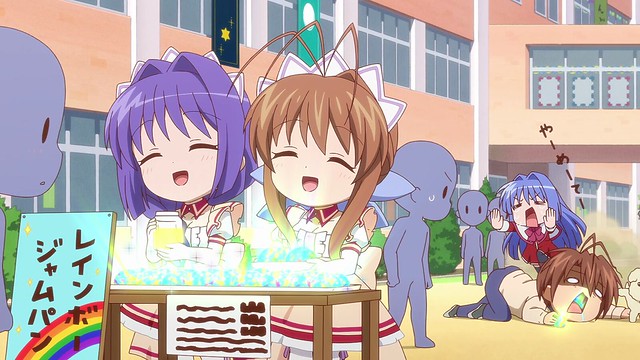 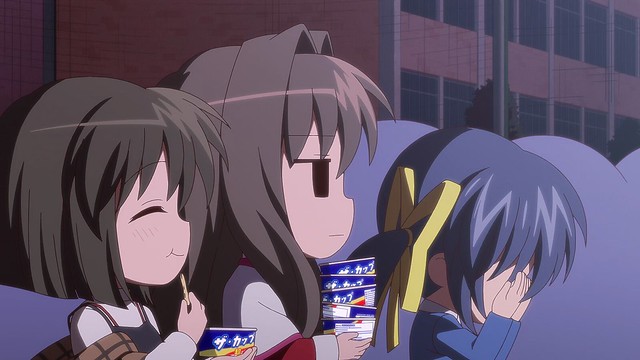 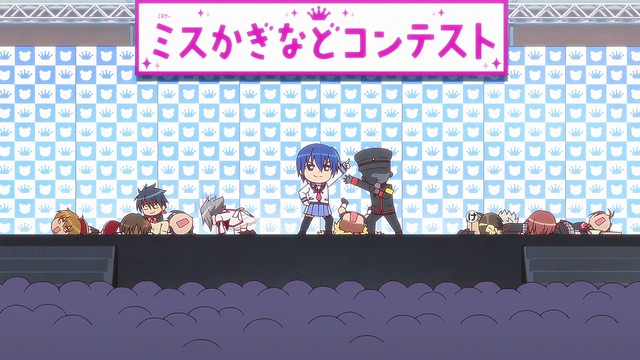 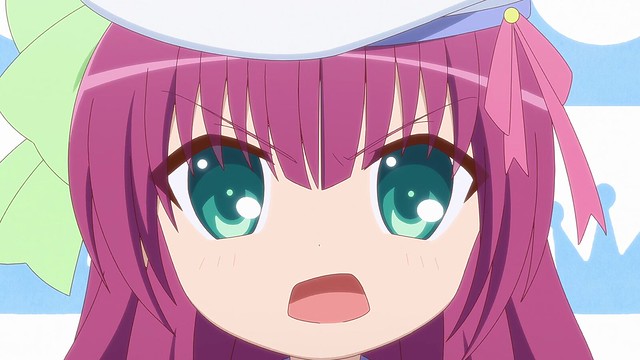 Through its caricature of aspects from Key’s prior works, Kaginado proved to be a delightful series of shorts that also had the unexpected side effect of sending me on a journey down memory lane. I picked up Angel Beats! after curiosity got the better of me, and I wanted to see the anime behind the Lia’s My Soul, Your Beats!. When I watched CLANNAD, I was staring down the MCAT. Three months later, my enjoyment of CLANNAD ~After Story~ led me to give Kanon a whirl, and in trying to hunt down music from Kanon, I came upon Natsukage, an iconic song from Air. Seeing all of the characters returning in chibi form to bounce off one another in a zero-stakes environment proved most cathartic, and as a result, I found Kaginado to be a fantastic way of lightening up the mood from series that were otherwise emotionally-charged journeys. Kaginado gives Youhei a chance to shine where Tomoya had previously dominated, shows Ryou and Shiori’s repressed anger surrounding their older sisters, openly confirms what happens when Akiko’s special jam and Sanae’s artisan breads are combined, and even has Tomoya and Yuuicihi take to the stage for the beauty contest to show how things are done. Having all of the characters retain their old personalities, but otherwise act in ways that are contrary to how they’d act in their respective series serves to remind viewers that as serious as Key’s works usually are, if the tragedy were stricken from their worlds, the characters would experience life in an over-the-top manner, one that is sure to put a smile on viewers’ faces.

2 responses to “Kaginado: Reflections and Understanding the Effective Amusement in Crossover Parodies”