Luminous Witches: Review and reflection at the ¾ mark

2 Comments Posted by infinitezenith on September 4, 2022

“Sometimes, reaching out and taking someone’s hand is the beginning of a journey. At other times, it is allowing another to take yours.” –Vera Nazarian

Upon their arrival in Chelyabinsk, Orussia, Virginia has Moffy looked at by a local Witch, Anna, while Grace, Aira and Éléonore travel into town, where the locals are busy rebuilding. Grace eventually determines that it would be appropriate to host a radio concert after learning from Virginia that Anna’s husband, Volodya, was once a concert pianist and would perform for his daughter on her birthday. On the evening of the radio show, a Neuroi’s unexpected appearance jams all communications. Virginia is able to locate it and manages to transmit its coordinates to the 503rd Joint Fighter Wing, who promptly intercept and destroy it. Volodya begins performing, and over the skies of Britannia, Sanya, Eila and Yoshika hear Volodya’s performance. The LNAF Band head over to Tokyo, Fuso, and after a concert where Lyudmilla accidentally botches her part of the choreography, she becomes envious of Éléonore for how close she seems with Aira. The group stays with Inori’s grandmother, and during the evening, Inori reluctantly decides to perform with Lyudmilla. When Aira realises Lyudmilla is singing her old song, she realises that her music did reach someone, and later during the evening, Virginia wanders off after receiving a signal. She meets a Night Witch, Tomomi Nishisugi, who’s a big fan of the LNAF Band and reiterates that their music’s done much for others. The LNAF Band begin the final leg of their world tour, finishing off in New York, Liberion. Joanna has a chance to catch up with her family, and inspired to put on a show that will reach them, she suggests changes to the programme that Grace approves of. With help from the locals to get the costumes done, the LNAF Band take to the skies for their performance’s finale and put on a show that reaches everyone in New York, including Joanna’s family. After the girls conclude their concert and express contentment at how well things went, Grace arrives with the news that the 501st has destroyed the Gallian Neuroi hive. Here at Luminous Witches‘ three-quarters milestone, the series has remained consistently endearing and heartwarming with its portrayal of the importance of morale during times of adversity.

In Luminous Witches‘ third quarter, the series explores how music can connect people despite physical distances separating them, drawing upon this to show how the LNAF Band have been immensely successful. When Lyudmilla, Virginia and Inori meet Anna and Volodya, who had mentioned they had a daughter that Volodya had played piano for long ago, Strike Witches veterans will almost immediately draw the connection with Sanya, who had managed to hear her father’s playing after succeeding in a night operation with Eila and Yoshika during the events of season one. Although they’d been separated by a great distance, for Sanya, hearing the reassuring sounds of her father’s piano was the affirmation that her parents were alright and moreover, were thinking about her. Although Virginia and the LNAF Band won’t know of this connection, Luminous Witches shows how putting in the effort to make a difference and accommodate others can have far-reaching, tangible positive outcomes. For Sanya, knowing her parents will always be there for her helps her to be a more confident part of the 501st Joint Fighter Wing. Similarly, in Fuso, Aira is shocked to learn that Lyudmilla had listened to her earliest songs, during a time in her career when she thought there’d be no listeners. For Lyudmilla, Aira’s songs would become sources of inspiration and strength, giving her something to regroup to when things had looked grim, and while it is fate that Aira and Lyudmilla do end up in the LNAF Band together, Lyudmilla’s admiration of Aira is not unfounded: although perhaps rough by her standards today, Aira shown how small actions, such as choosing to put one’s best foot forward even at a time when few might be looking, can set others on a path to better themselves. Knowing one’s efforts have tangible meaning is ultimately what Luminous Witches shows here; Virginia learns that the LNAF Band is having a tangible impact, and when Joanna arrives with the LNAF Band in New York, seeing just how enthusiastic her family is about what she’s accomplished with the LNAF Band similarly provides her with the encouragement to continue doing her best. The end result of this is a successful music and airshow over the skies of Manhattan, one which dazzles both concert-goers and citizens alike. The timing of Grace’s announcement, that Gallia’s been liberated, couldn’t be better: although the outcomes of the 501st’s efforts were the culmination of Yoshika’s resolute refusal to give up and Minna’s decision to violate direct orders, rather than anything the LNAF Band may have done directly, one cannot help but feel that the LNAF Band’s concerts (and the ensuing emotions) may have reached the 501st from time to time. 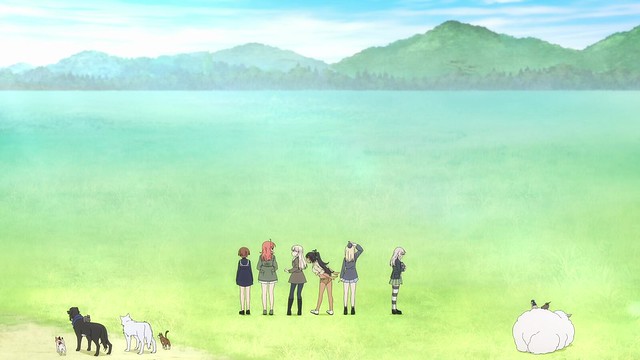 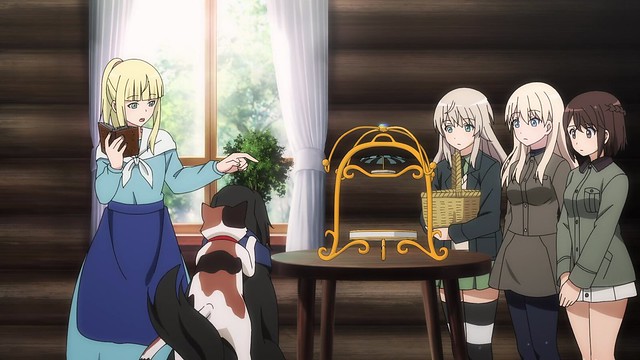 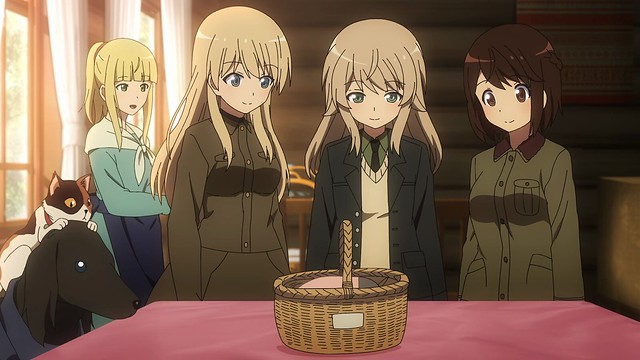 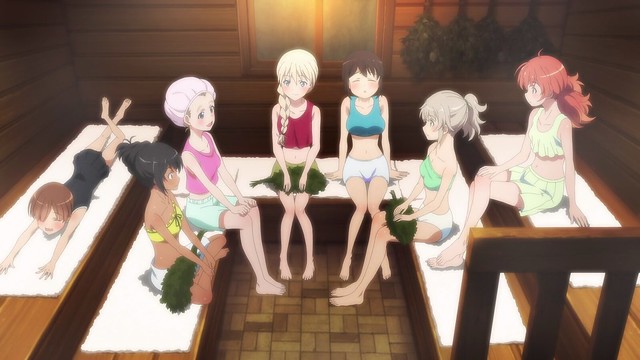 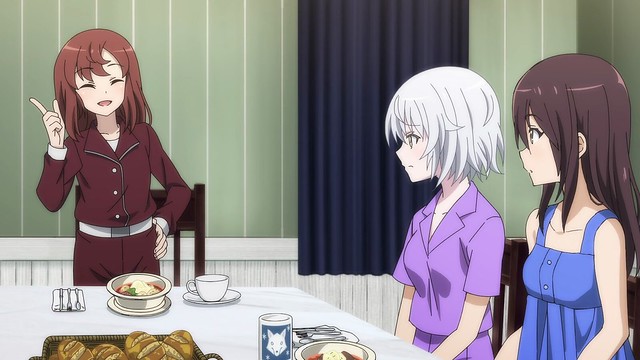 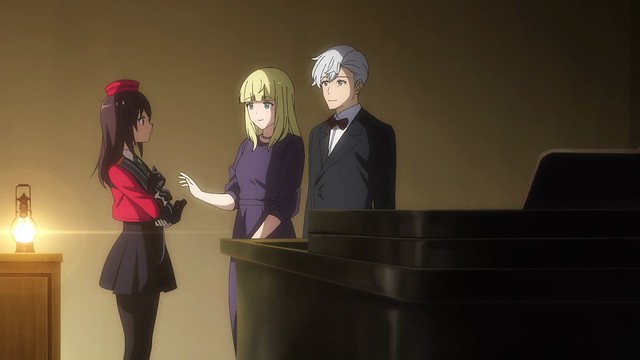 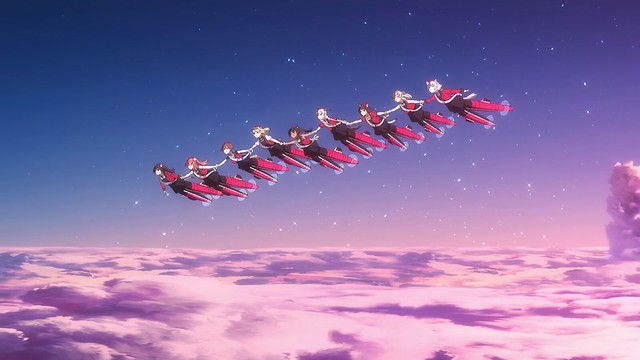 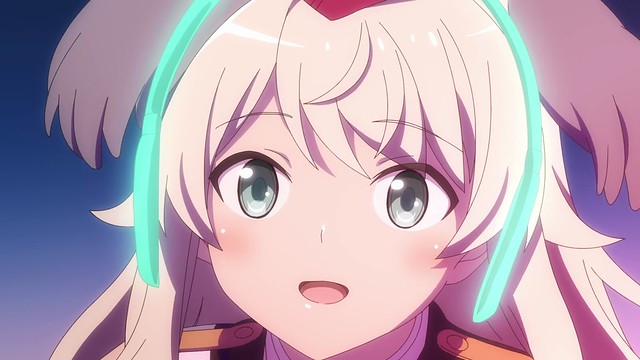 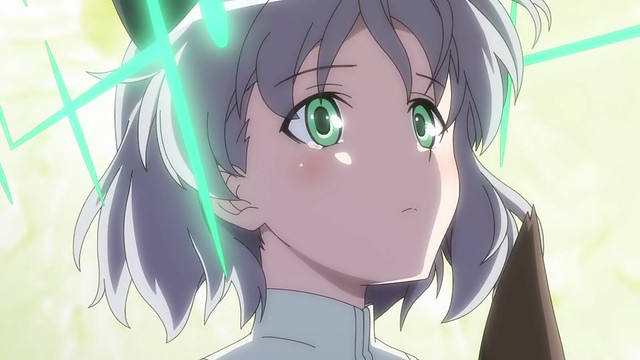 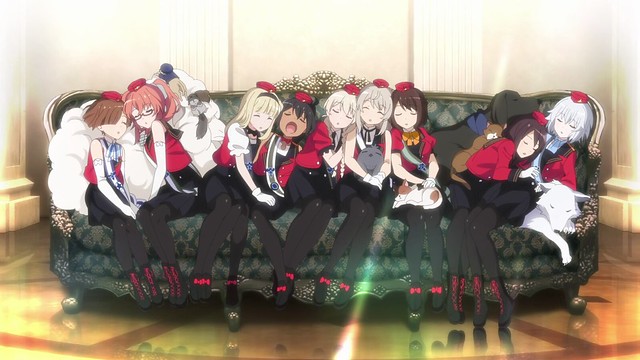 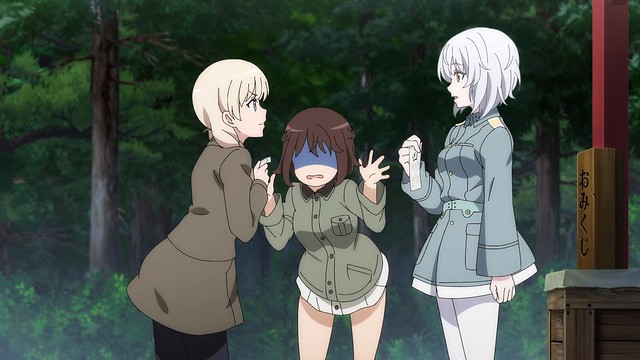 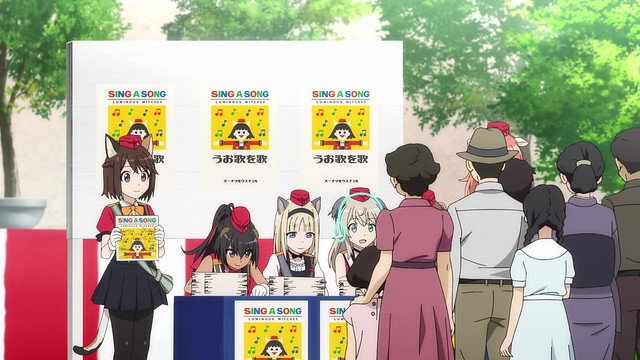 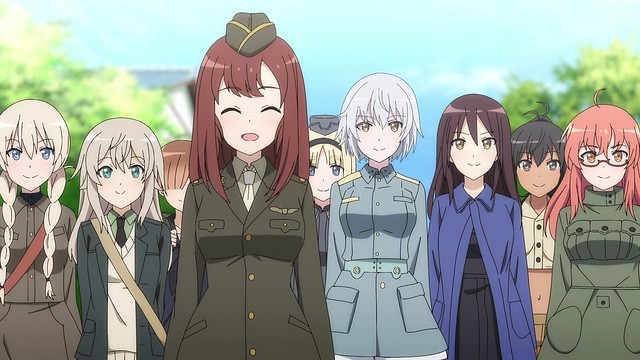 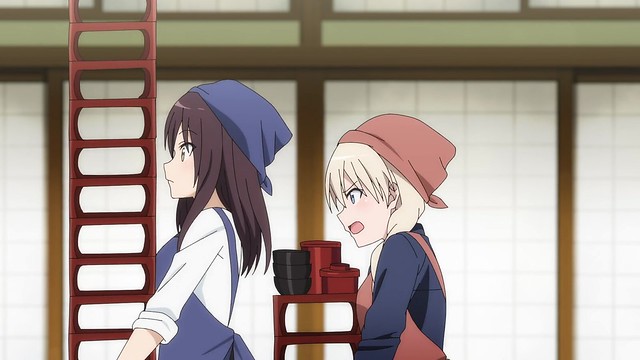 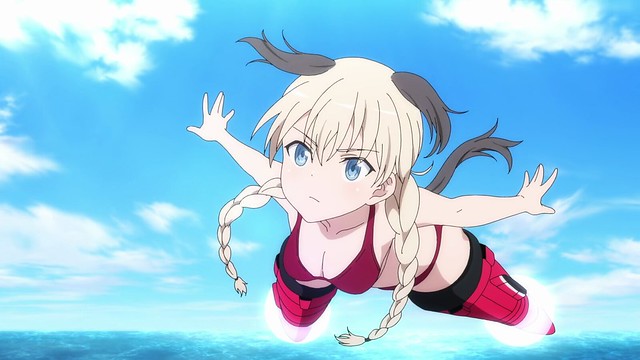 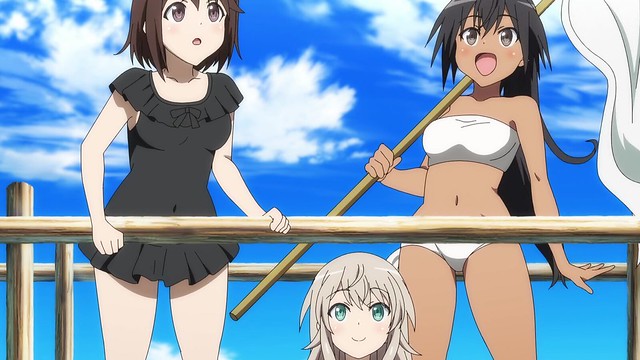 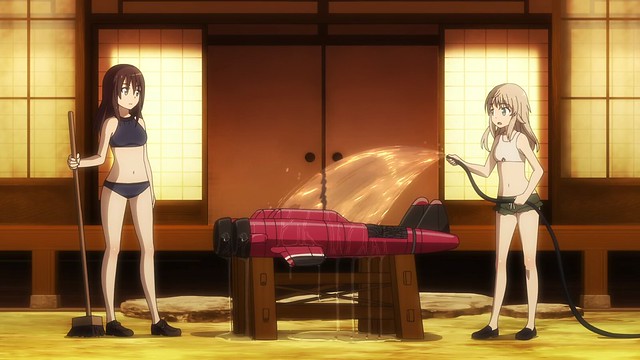 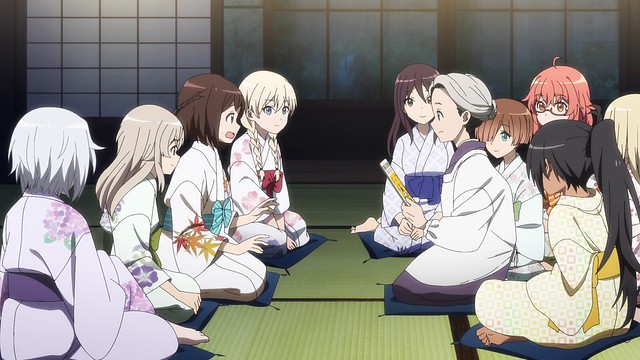 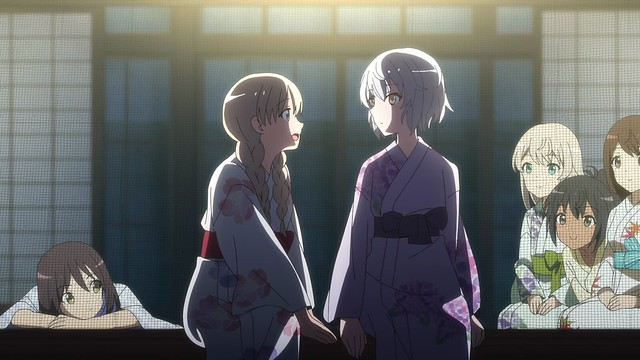 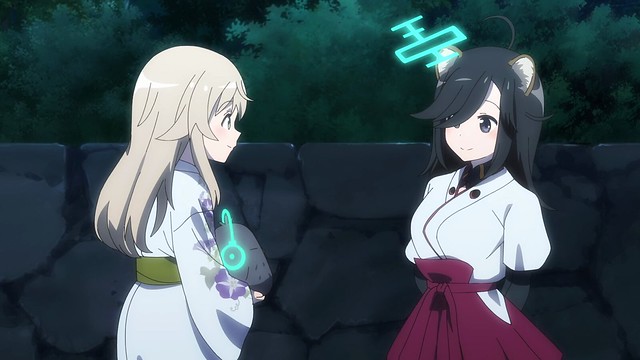 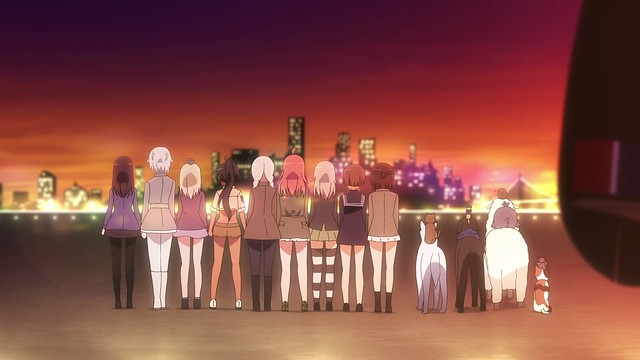 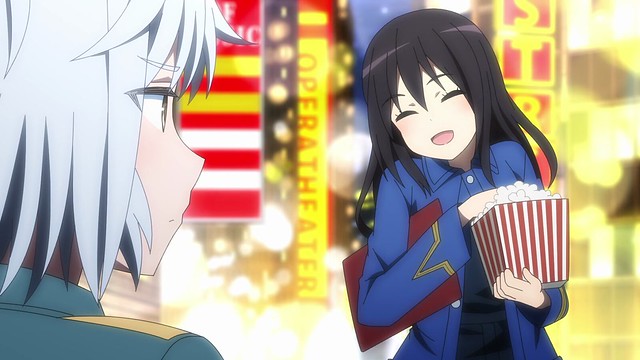 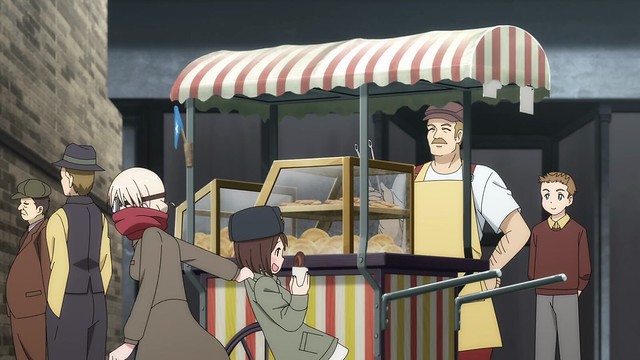 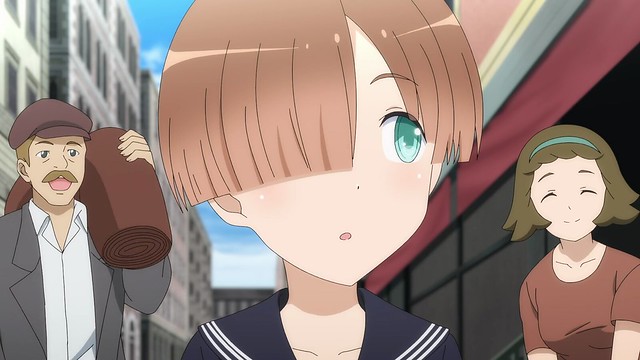 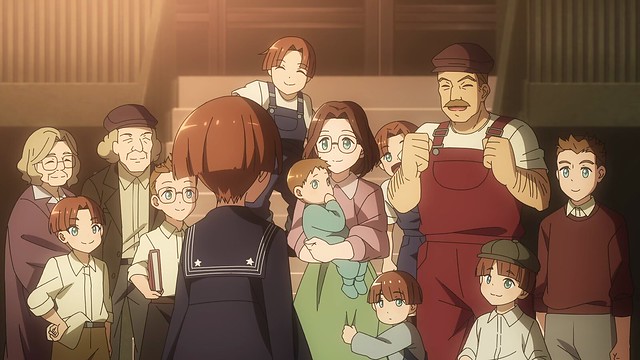 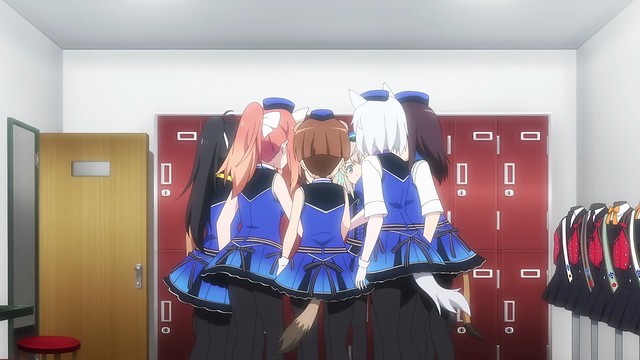 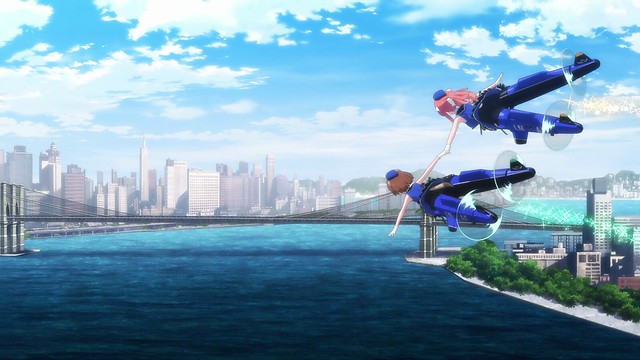 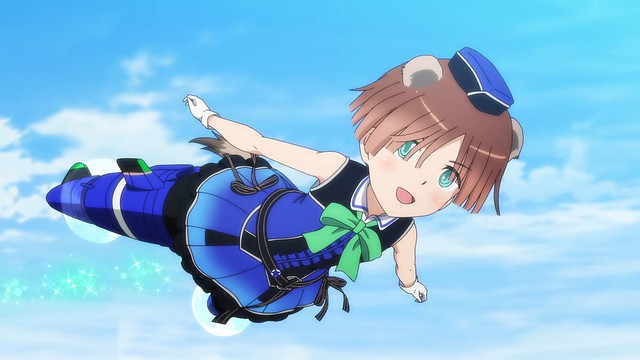 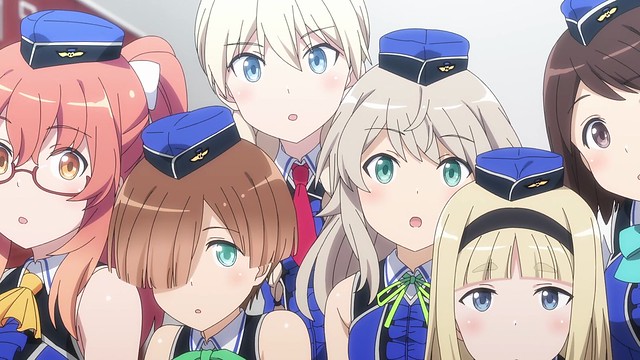 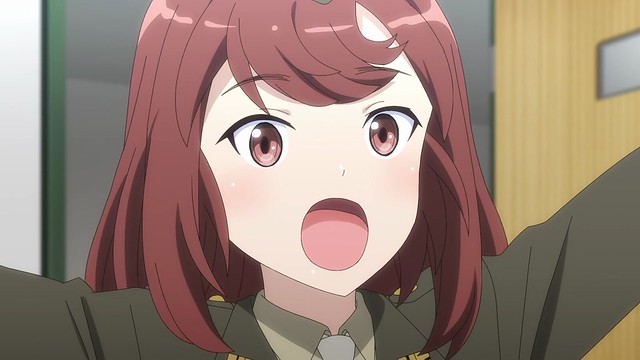 The finale concert in New York made the latest episode take on the traits of a season finale, and now, with news of the Gallian hive’s destruction reaching everyone’s ears, it becomes clear that Luminous Witches had always been intended to act as a side story of sorts, showing what was going on while Yoshika was getting to know her felling 501st Witches better and struggling with her own misgivings as the Neuroi begin deploying units in the form of a Witch. Seeing Sanya, Eila and Yoshika appear here in Luminous Witches was a callback to the original series which had aired fourteen years earlier, rewarding longtime fans for having accompanied the series for this long, and also tying the stories in as one that is set during the same timeframe as some of the Strike Witches‘ universes fiercest battles. That the LNAF Band are operational during this time and performing for people in what may be seen as humanity’s darkest hours serves to reiterate just how much of a positive impact Virginia and her friends are having on the course of the Human-Neuroi War, even though no one in the LNAF Band wields a machine gun. Instead, the LNAF Band’s greatest weapon is the ability to make feelings of hope and encouragement tangible through song and dance. With the Gallian hive now destroyed, and mention that this is the first time any Neuroi hive has been taken down, this marks a turning point in the war, showing humanity that, beyond any doubt, their Witches are symbols of hope, and instruments of liberation. Further to this, because the LNAF Band’s world tour has concluded in New York, and there are still three episodes left, one cannot help but wonder where Luminous Witches will go with its last three episodes. It would be a pleasure to see the 501st again, and there might be a possibility (however slim) that Yoshika and her team will have a chance to watch the LNAF Band perform in person. Time will tell how Luminous Witches will unfold, but given how consistent this series has been after three quarters, one can be reasonably confident that whatever lies ahead will also be quite heartwarming to watch.

2 responses to “Luminous Witches: Review and reflection at the ¾ mark”