Terrible Anime Challenge: Kanojo, Okarishimasu Season Two, Or, I’m Going To Need a Beer To Put These Flames Out

“You told me not to think!” –Bradley “Rooster” Bradshaw, Top Gun: Maverick

After Chizuru is unsuccessful in an audition, Kazuya vows to do everything he can to support her dreams and promptly arranges for another rental date. He learns from Chizuru’s grandmother that beneath her tough exterior is someone who’s trying to do everything on her own and despite her appearances, needs someone to lean on. Ruka ends up swinging by and cooks for Kazuya, but when a typhoon sweeps into their region and shuts down all mass transit, Ruka happily stays the night. She tries to seduce Kazuya and fails, but despite this, cheerfully announces they’d spent the night together the next morning. While Chizuru seems unperturbed, but Kazuya remains bothered and decides to rent out Sumi to see if he can gain some insight into what might make a suitable birthday gift – he ends up gifting to her some pickled plums. When Kazuya and Chizuru inadvertently end up being invited to the same drinking party, he ends up overdoing things to help Chizuru out. She and Kazuya end up going on another rental date, where Chizuru reveals she’s auditioning for another role. When Kazuya’s grandmother learns Chizuru’s birthday party has already passed, she decides to host a combined party. Ruka ends up accompanying Kazuya, and while she does her best to make a positive impression, after Chizuru arrives, she’s frustrated at being bested so quickly. She ends up ambushing Kazuya and kisses him passionately, saying she doesn’t want to have any regrets. However, Chizuru’s grandmother’s condition worsens, cutting the party short, and Chizuru decides it’ll be easier to leave their false relationship where it is so her grandmother won’t die with the knowledge that Chizuru has no one in her life. Later, Sumi has a request for Kazuya; she’s been wanting to try taking the lead in a rental date so she can be more effective in her role and to this end, has planned out an itinerary for Kazuya. In the process, Kazuya becomes inspired as to what he should do for Chizuru. Chizuru learns that her latest audition was unsuccessful and recalls why she’d gone into acting: she wanted to fulfil her late grandfather’s dream after he died in a vehicular accident when she was still in high school. When it feels as though despair is total, Kazuya knocks on her door with an ambitious goal in mind – he wants to crowd fund an independent film she’ll star in and complete it for Chizuru’s grandmother. This is Kanojo, Okarishimasu‘s second season, continuing on from the story the first season had begun. In its execution, Kanojo, Okarishimasu has become a very busy anime – it simultaneously seeks to be a drama and comedy, only revealing the background for Chizuru’s singular drive for success in the second season’s finale. However, once this reason becomes established, Kanojo, Okarishimasu‘s thematic elements become significantly clearer.

While Chizuru’s attitude towards Kazuya suggests otherwise, and Kazuya’s lingering weak sense of self-esteem continues to be a constraint, Chizuru’s flashback ends up providing answers to the questions surrounding Kanojo, Okarishimasu. Kazuya continues to lack any sort of confidence in his decisions and keeps second-guessing himself. He is indecisive, fickle and short-sighted. However, in being optimistic to a fault, Kazuya actually conveys the same sort of dogged persistence and support that Chizuru’s grandfather had when she announced her desire to be an actress. Chizuru’s grandfather had provided a constant source of encouragement and praise, expressing his desire to one day see her on the silver screen. There are numerous parallels with Kazuya’s single-minded wish to see Chizuru achieve her goals, and seeing this may yield a modicum of insight into why Chizuru is so distant with Kazuya, insisting that they remain at arm’s length – Chizuru has been stated to be quite observant and astute, so it follows that she sees a bit of her grandfather in Kazuya. Despite his clumsy attempts to help her, Kazuya’s motivations are sincere (even if he does display some lust where Chizuru is concerned), and after losing her grandfather, it is probably the case that Chizuru wanted to avoid a repeat of things. However, towards the end of Kanojo, Okarishimasu, Kazuya takes a hitherto unexpected step for Chizuru’s sake in suggesting a crowd-funded movie, and, moved to tears by the offer, decides to accept Kazuya’s help so that she can fulfil her dreams. In doing so, Chizuru has begun to do what her grandmother had wished for – having tried to do everything on her own until now, seeing Kazuya’s dogged persistence leads her to, however reluctantly, accept help from someone else. In this way, Kanojo, Okarishimasu‘s second season indicates that, despite all of the detours taken until now, Chizuru is the real star of the show. By opening up, acknowledging her vulnerability and realising that a little help from others can go a long way, Chizuru’s proven to be the most dynamic character of Kanojo, Okarishimasu. This aspect of Kanojo, Okarishimasu is the series’ strongest, and although it firmly establishes the series direction, my main gripe is that this thematic piece is sufficiently well-written such that the other aspects, such as the love tesseract Kazuya’s entangled in, feels quite unnecessary – from a thematic standpoint, because Kazuya’s desire to support Chizuru is, in effect, a continuation of what her grandfather had done, despite objections from Chizuru, it follows that Kazuya and Chizuru remain the best match in Kanojo, Okarishimasu. 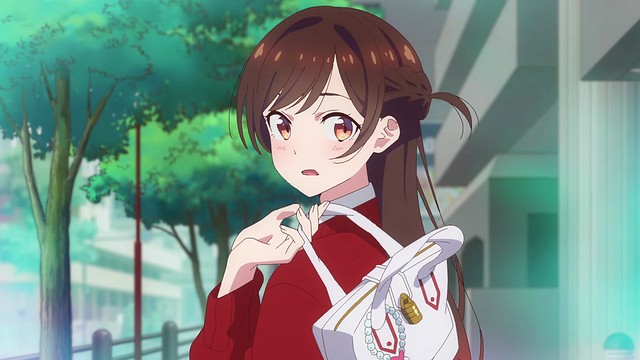 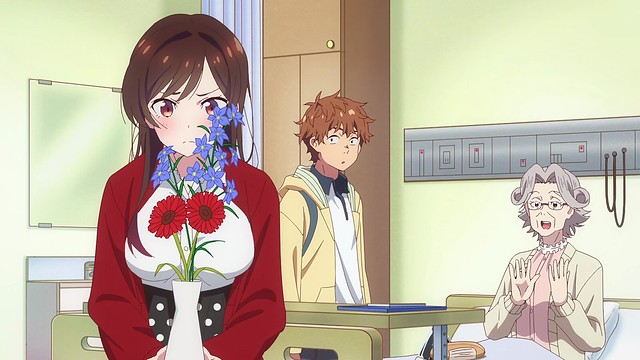 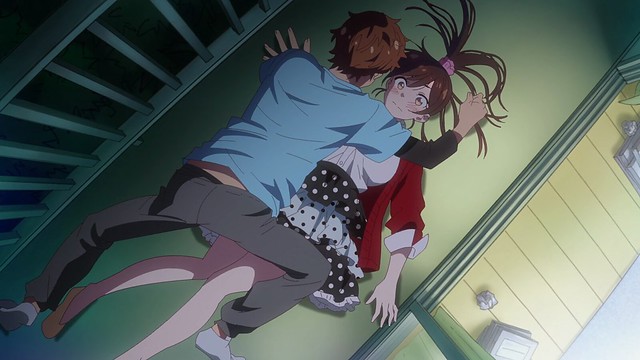 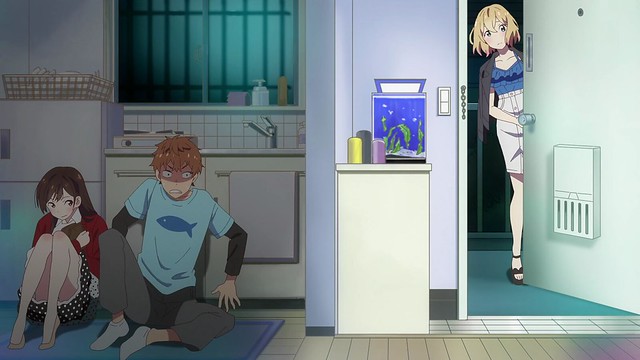 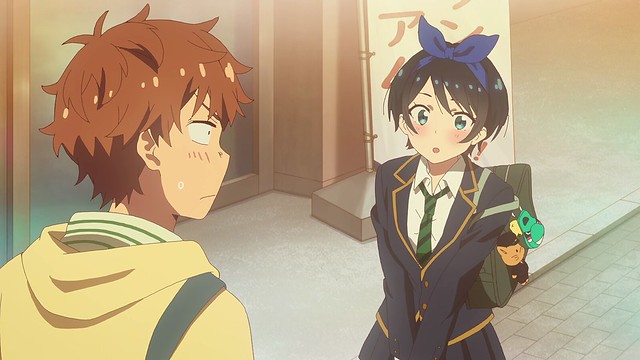 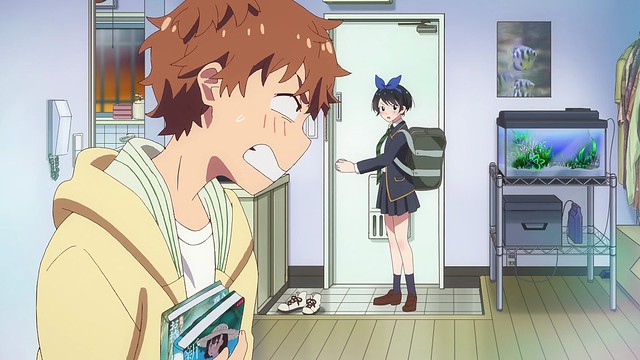 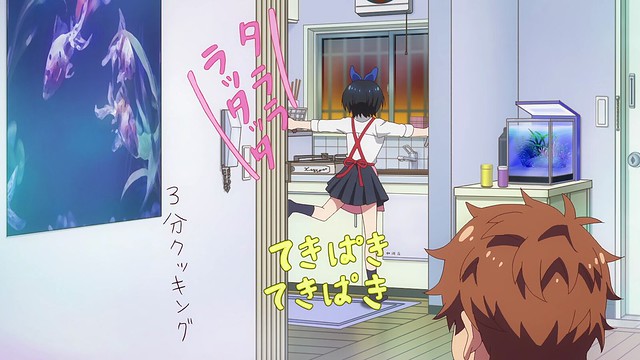 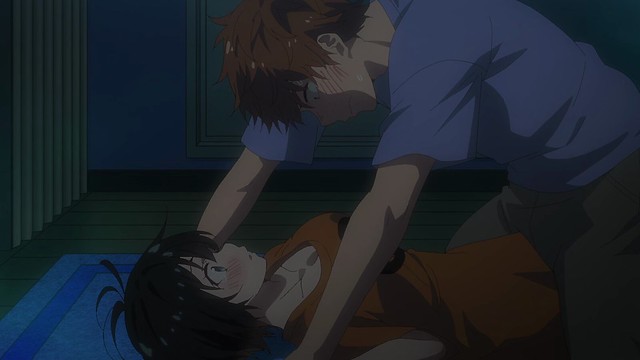 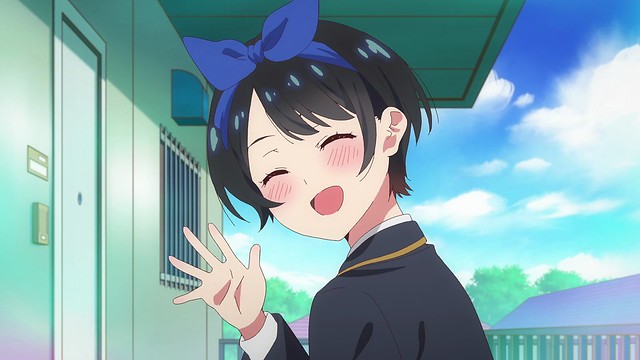 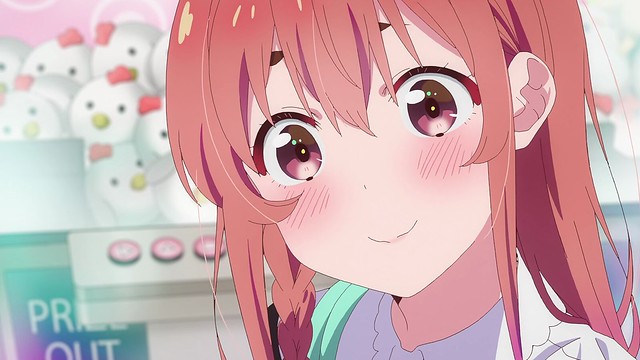 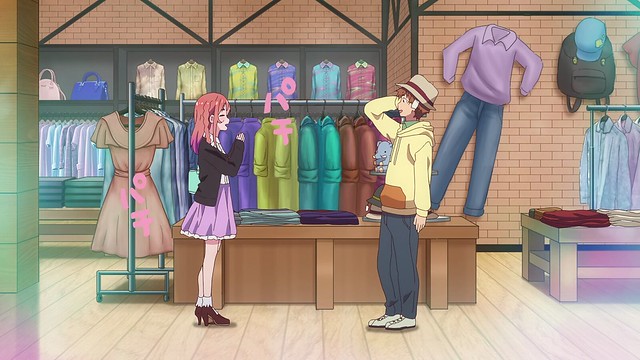 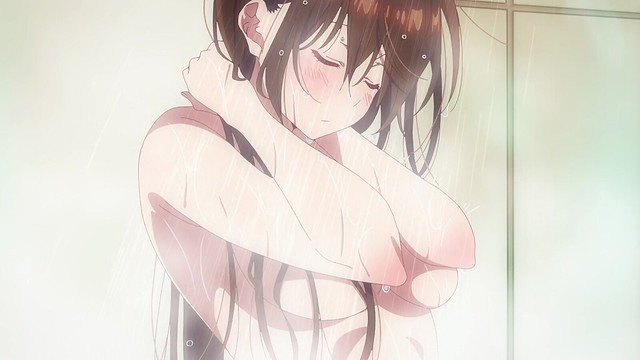 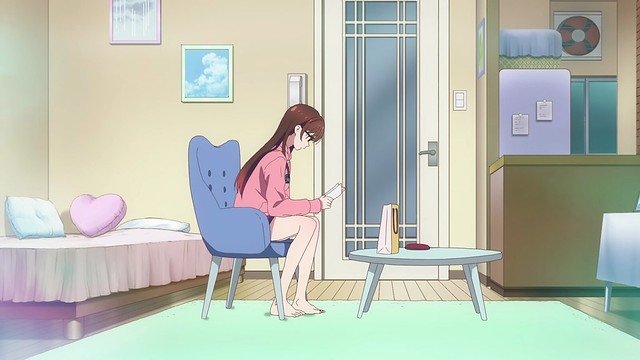 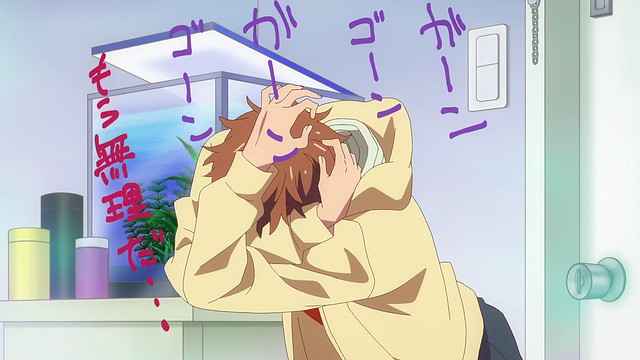 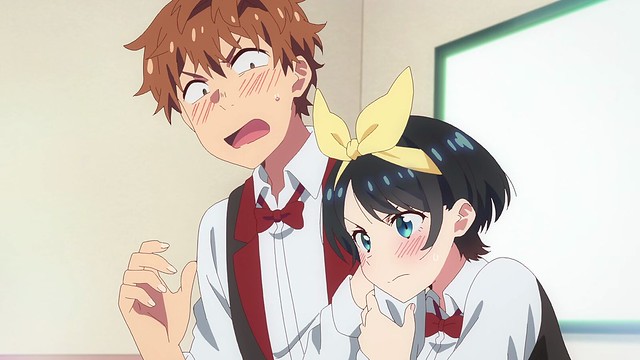 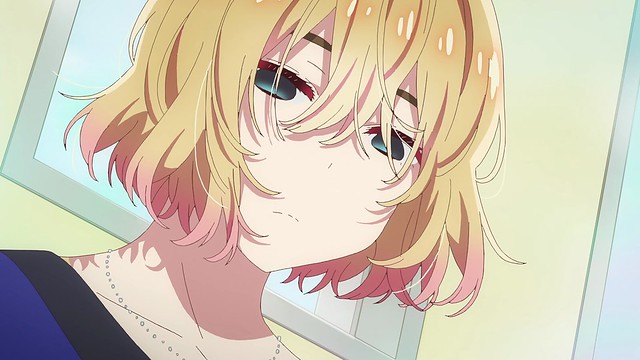 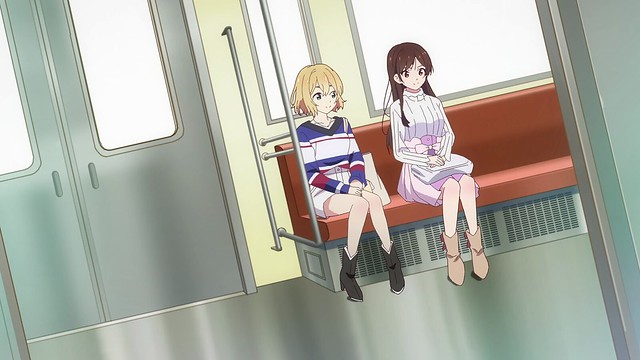 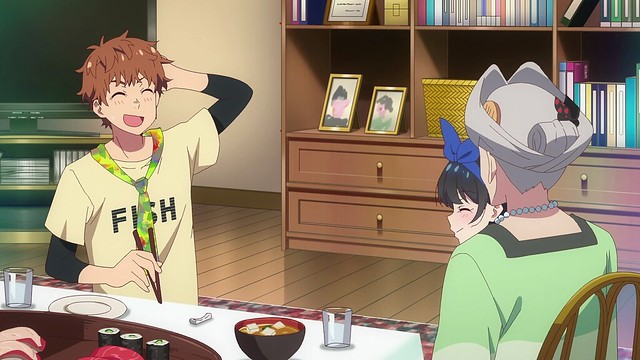 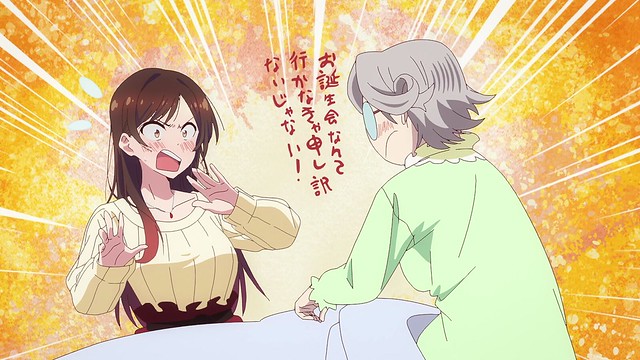 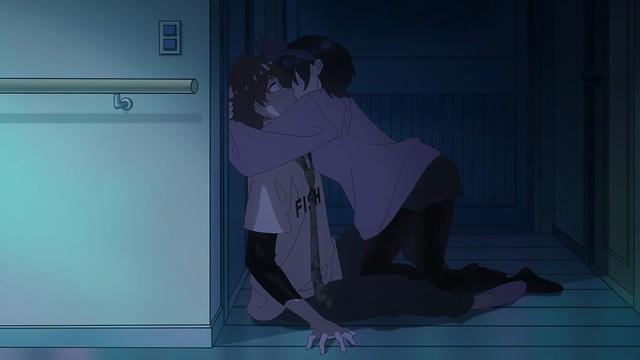 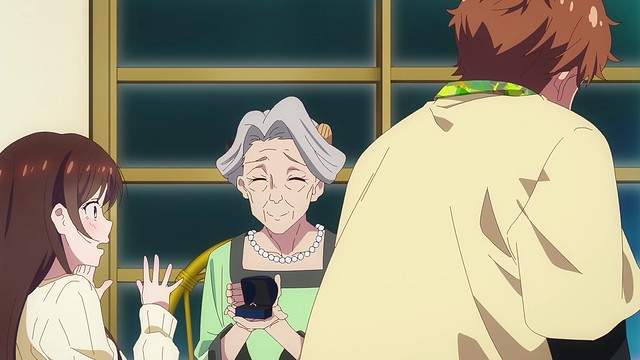 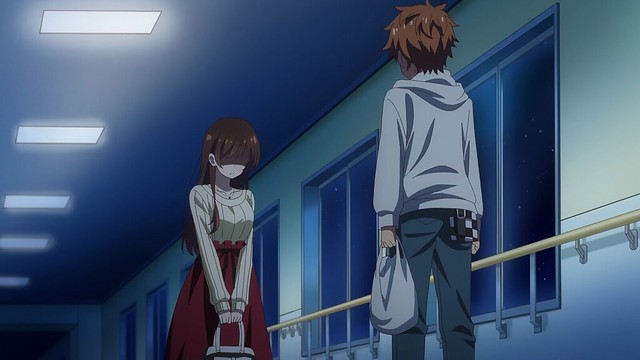 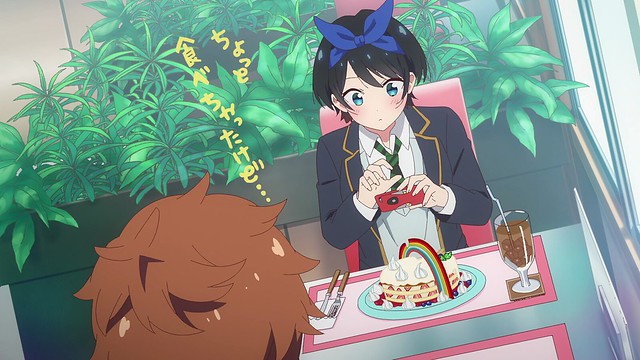 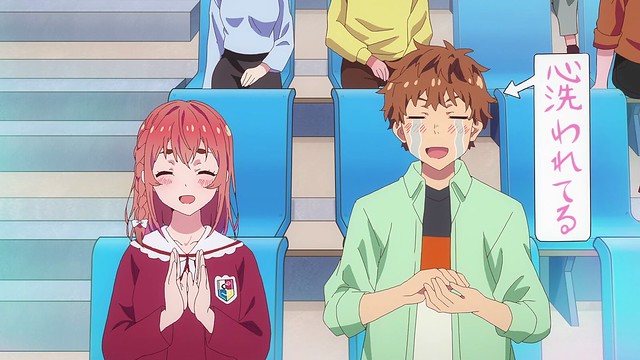 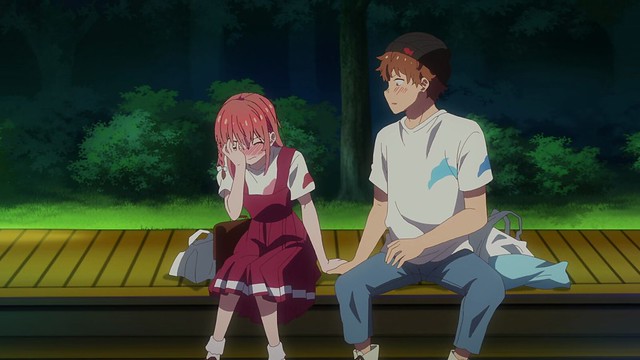 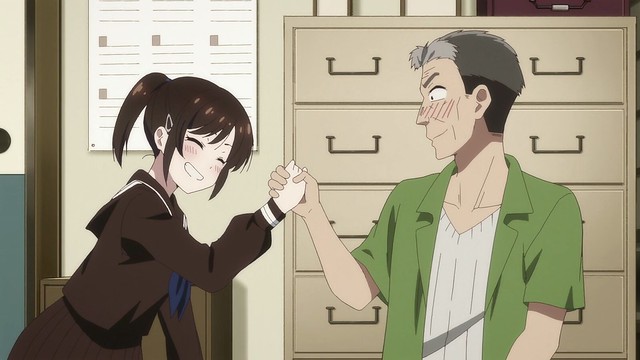 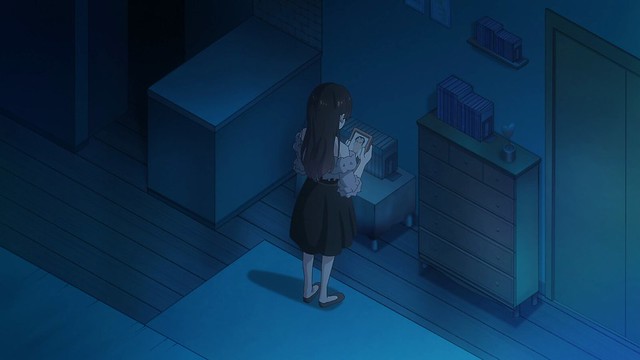 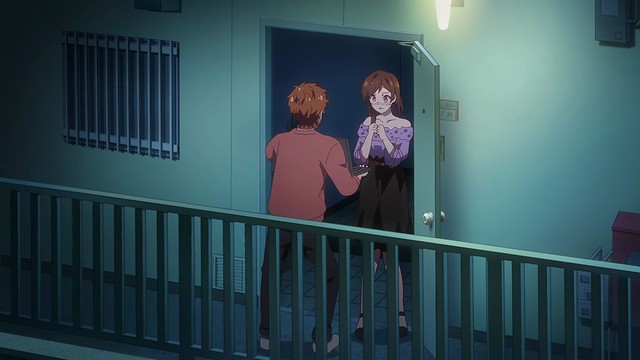 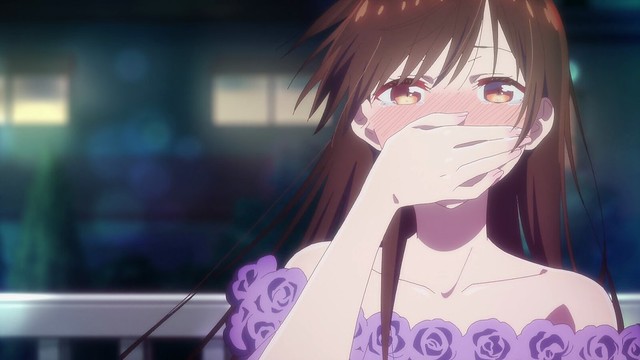 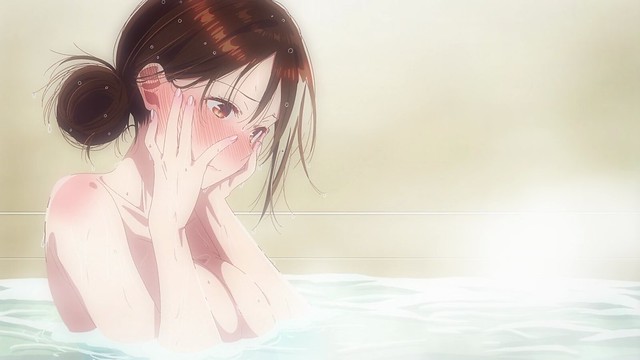 I had been an episode away from pulling the plug on Kanojo, Okarishimasu: until the finale, the series had meandered, unnecessarily creating conflict by returning Mami into the fray even as Ruka tried to pry Kazuya’s eyes from Chizuru. However, in the eleventh hour, Kanojo, Okarishimasu suddenly turned around – this anime adaptation exemplifies why I tend to stick around until the very end, because anything can happen. In the absence of Chizuru’s background, her motivations remain unknown, and Kazuya’s determination to help her appears little more than an unwarranted and unhealthy fixation. Similarly, without knowing why Chizuru wanted to become an actress, Kazuya has no reason in trying to court Chizuru beyond maintaining a promise with his grandmother, and Chizuru’s grandmother. With this additional revelation, additional weight is given to both Chizuru and Kazuya’s reasons for being. The second season had certainly taken its time to reach this point, but now that this is known, it becomes clear that Ruka has no chance at all. This aspect of Kanojo, Okarishimasu is written in stone, necessary for the story to progress, but one cannot help but feel poorly for her. Ruka’s feelings are legitimate, and while she’s clingy, her take-charge personality does seem to be a suitable fit, at least for the present, for Kazuya. His biggest weakness is indecision, and spending time with Ruka has also given Kazuya a glimpse as to what a relationship entails, both in good and bad. While seemingly relegated to heartbreak, Ruka’s role in Kanojo, Okarishimasu is an unfortunate, but necessary one – it provides Kazuya with the stepping stone he needs to press on ahead and show Chizuru that he’s committed to her. This appears to be something that could be covered in the upcoming third season as Kazuya strives to make the crowd-funding project a success for Chizuru. Overall, while Kanojo, Okarishimasu‘s second season had not impressed during most of its run, seeing its conclusion provides a decisive answer as to why things are happening the way they did. This remains a difficult anime to recommend because seeing things unfold at such a pace is frustrating, but for folks with patience to weather this storm, the series does set the stage for what could be a touching story yet. Ultimately, I would probably suggest that Kanojo, Okarishimasu is still a series that should be watched once it’s hit completion – individually, episodes can be painfully slow and drag out longer than they should, but the overarching story winds up being touching enough in spite of the series’ shortcomings. Occurrences such as these are why I am reluctant to drop anime: much as how hockey teams can manage to tie a game after pulling the goaltender with only seconds left in third period and subsequently win in overtime, anime can sometimes find ways to surprise viewers. Similarly, I do hope readers have gone all the way through this post, rather than reading just the title and immediately drawing conclusions on what I made of things – for Kanojo, Okarishimasu, my beer can stay right where it belongs, since this series is not, in the terms  of internet reviewers more popular (but less eloquent and, if I may, more vulgar than myself), a “dumpster fire”.