Growing Sunny, Crying and Sometimes Singing: Revisiting the Conclusion of Tari Tari a Decade Later and The Legacy A Celebration of Multidisciplinary Approaches Imparted on P.A. Works

“That’s the key to new and good ideas; they come from having a very broad and multidisciplinary range of interests.” –Robin Chase

While Tari Tari had opened with uncertain aims, by its finale, this series had delivered a moving story of how a disparate group would come together and, using their unique backgrounds and experiences, help one another out of their problems before rallying their entire school together to perform one final swan song, in the form of a play with live music from the choir, before it closes down ahead of a plan to redevelop the area. Although Tari Tari had seemingly been about everything and nothing, this aspect of it proved to be the anime’s greatest asset – each of Wakana, Konatsu, Sawa, Taichi and Atsuhiro came in with different skills and perspectives, but despite seemingly lacking a shared set of interests, they come to realise the worth of their time spent together and cherish the memories they make, using these experiences to forge onwards into an uncertain future. In this way, Tari Tari was a celebration of being multidisciplinary; the final performance comes about precisely because everyone was able to bring something distinct to the table. Wakana’s background in music and a desire to bring her mother’s old song to life allows her to write the play’s music. Konatsu’s optimism and enthusiasm keeps her friends moving forward even when everyone seems mired in their own problems. Atsuhiro similarly desires to do something grand for a friend back home and ends up contributing the props with Taichi, while Sawa uses her connections to bring as many people as possible to make the show one to remember. None of this would’ve been possible had the characters not opened up to one another – when Tari Tari concluded, the series’ emphasis on music had spoken to the idea that music transcends background, belief, intents and desires to unify people. The series showed how people who are outwardly different can share more in common than they had imagined, and that by opening people up to this fact, music can set people down a rewarding path they’d never experienced. Seeing Wakana come to terms with her mother’s death, and Sawa fighting her hardest to again admittance to an equestrian school reminds viewers that everyone has their own struggles, but when they open up and help one another out, seemingly insurmountable problems are overcome. However, Tari Tari also marked the first time P.A. Works explored the multidisciplinary mindset. Rather than have each of Wakana, Konatsu, Sawa, Taichi and Atsuhiro be members of the choral club, Tari Tari gave everyone a unique background and has them come together in the unusually-named Choir-and-Sometimes-Badminton Club. Such a setup would, on paper, seem conducive towards lack of a cohesive direction, but the club ends up exceeding expectations in its achievements precisely because, given that Wakana, Konatsu, Sawa, Taichi and Atsuhiro all contribute different things to the swan song that leaves their entire graduating class with life-long memories.

In its execution, Tari Tari would ultimately set the precedence for P.A. Works’ future anime to a nontrivial extent. Despite possessing a less focused story than its predecessor, Hanasaku Iroha, and having a shorter runtime, Tari Tari had demonstrated that even with the short format and a narrative that progressed much more quickly, it remained possible to tell a highly compelling story with engaging, relatable characters. This approach would return in Sakura Quest, which similarly had a group of individuals with distinct skillsets and backgrounds unite in a quest to bolster tourism in a remote rural town, and again in The World in Colours, where magic and photography combine together to allow Hitomi and her grandmother, Kohaku, to connect more closely and help Hitomi to regain the colours in her world. Similarly, in The Aquatope on White Sand, Kukuru and Fūka both end their stories quite far from their first steps. Fūka began her journey as a failed idol who sought refuge by working in an aquarium, but her experience in entertainment allows her to bring a very unique skillset to become a talented attendant. Kukuru had spent her entire life enraptured by marine life and longed to be an attendant, but at Tingarla, she discovers that her attempts to keep Gama Gama open means, when she puts her mind to it, she is able to excel in marketing, as well. Tari Tari established that stories celebrating the multidisciplinary approach can be exceptionally moving regardless of the context – in time, viewers will come to root for the characters because seeing their stories and grit proves inspiring, regardless of whether the characters’ goals are to embrace magic, bring tourism and life back to a small town or promote a newly-opened aquarium. In promoting the multidisciplinary approach to life, P.A. Works is seeking to remind viewers of its increasing relevance in all facets of life – combining seemingly unrelated fields confers numerous advantages in both academia and industry because it provides a more holistic view of a problem, and this in turn allows one to draw upon knowledge from different areas to identify and implement effective, innovative solutions. Through their stories, P.A. Works celebrates methods that encourage people to adopt a broader mindset towards the challenges in their lives, and from a storytelling perspective, it creates for plots in which one is always kept on the edge of the seat by what’s about to happen next. 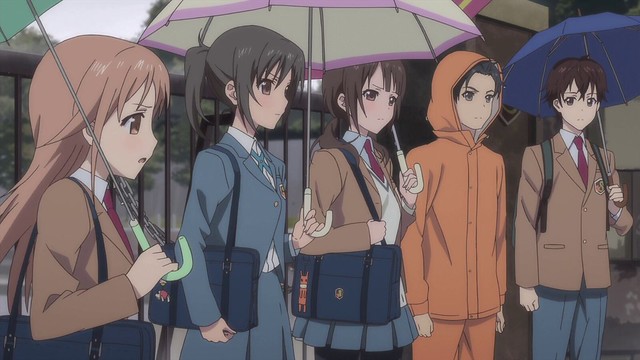 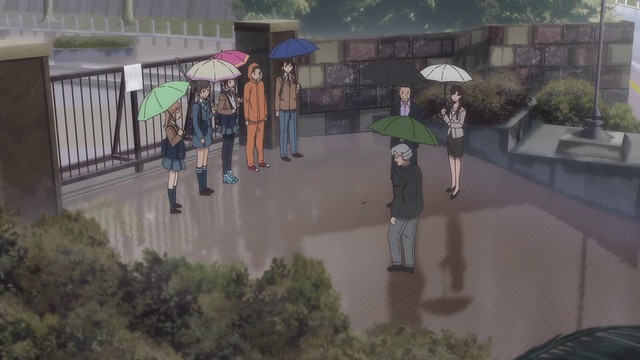 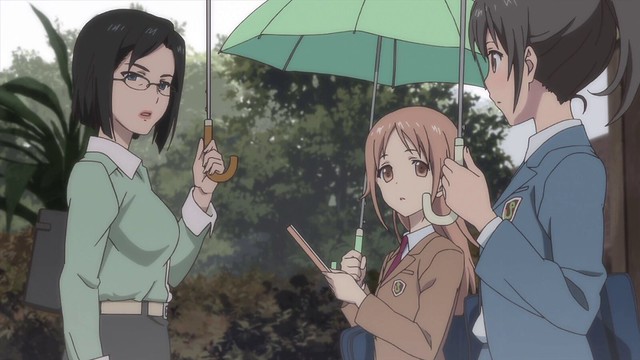 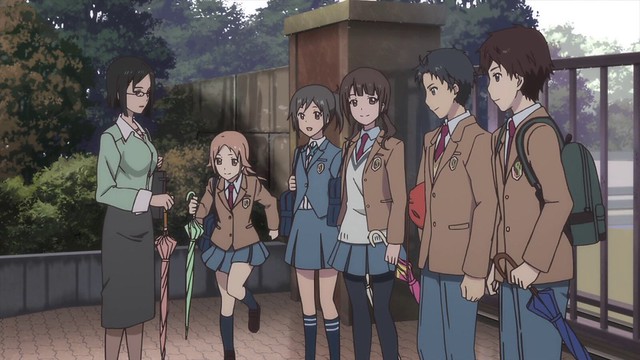 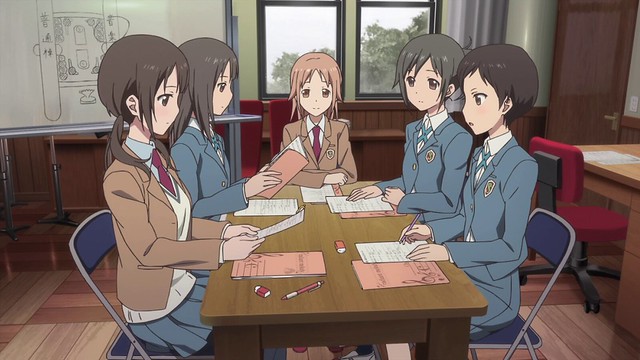 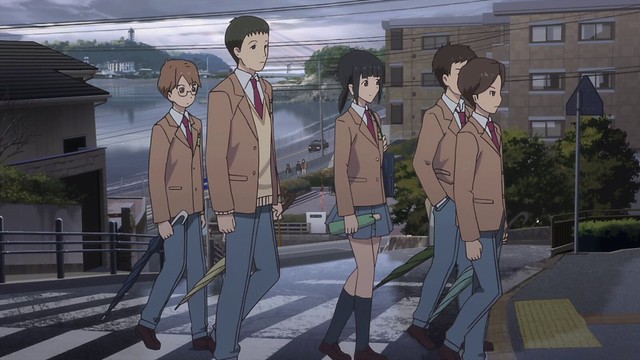 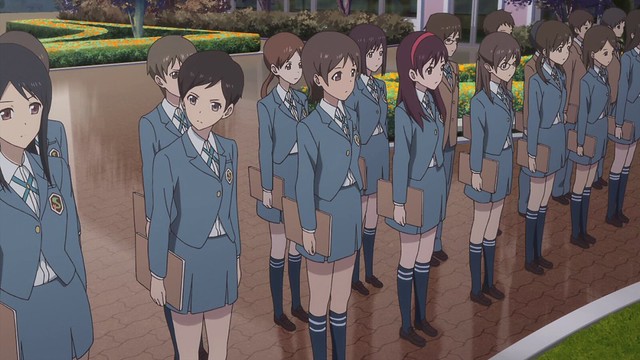 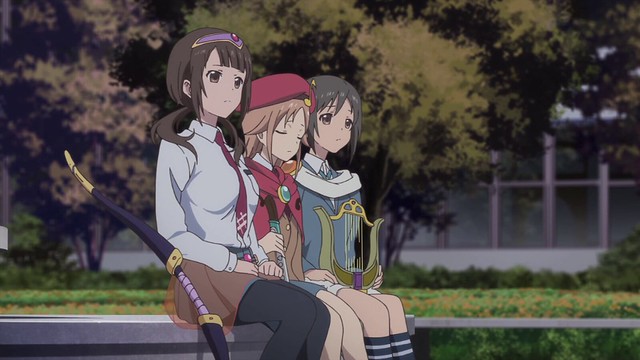 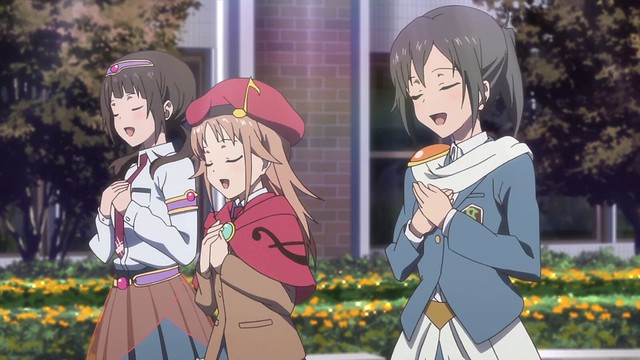 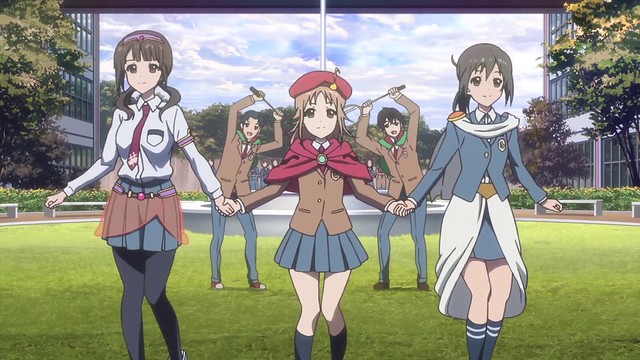 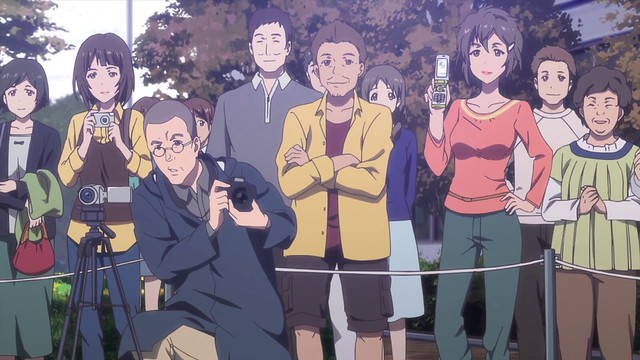 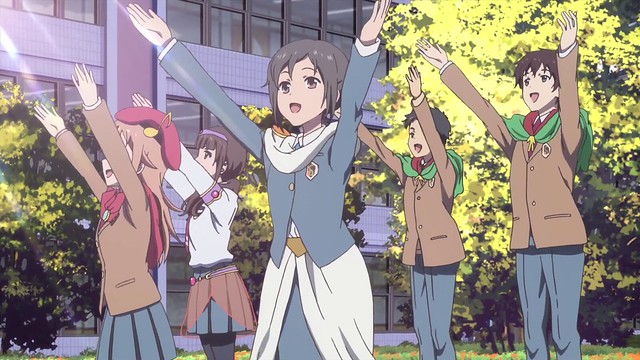 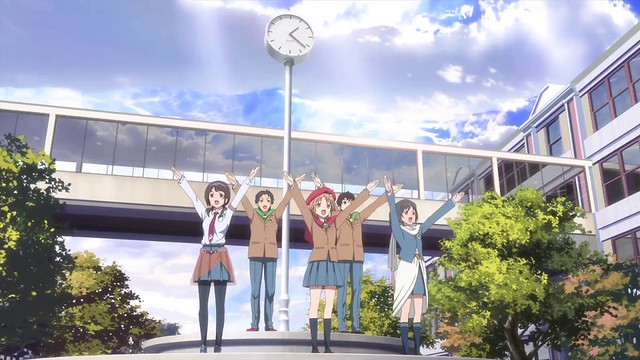 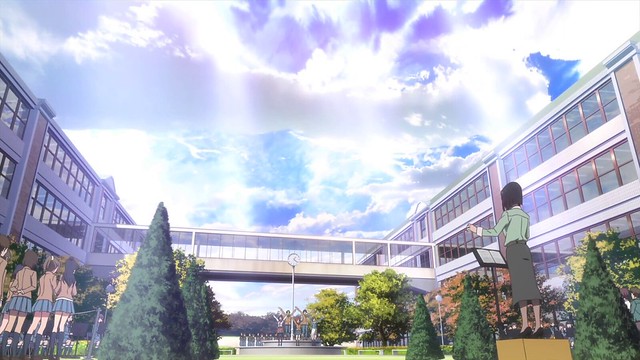 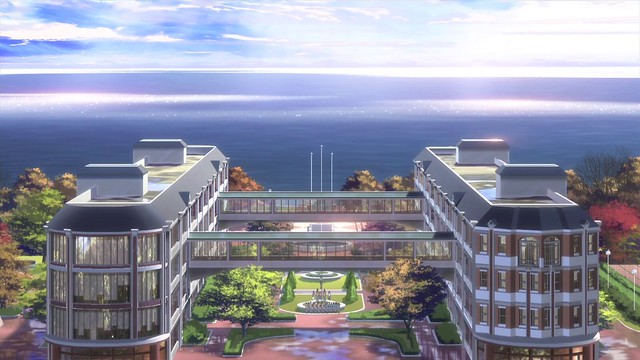 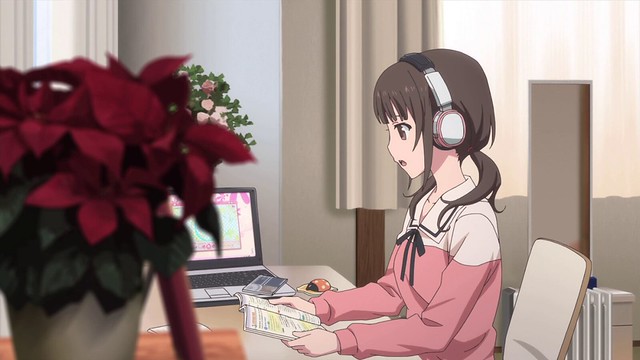 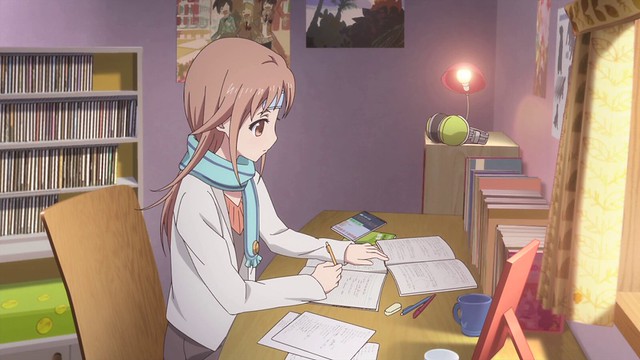 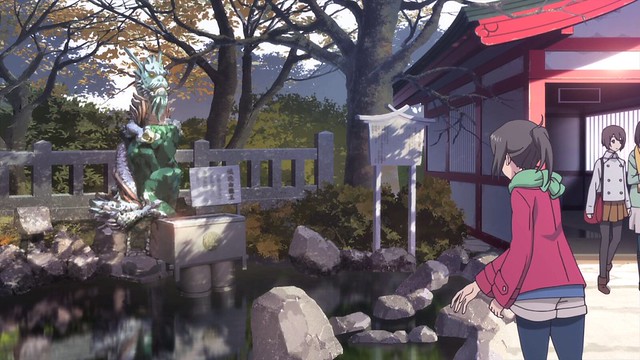 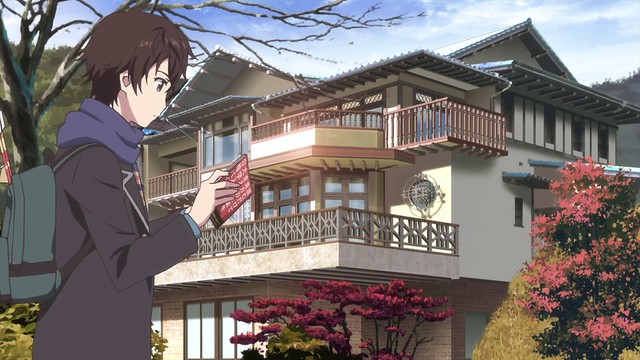 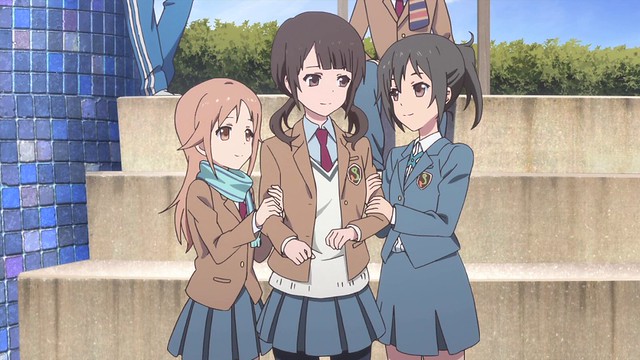 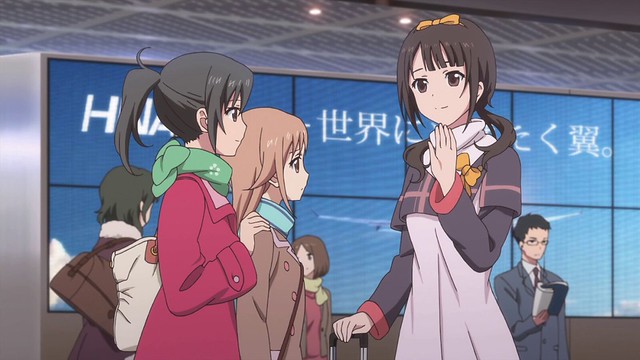 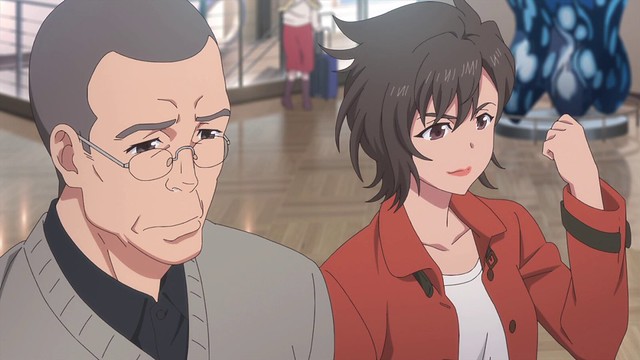 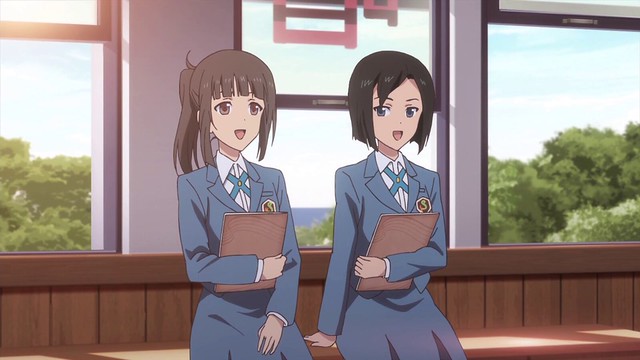 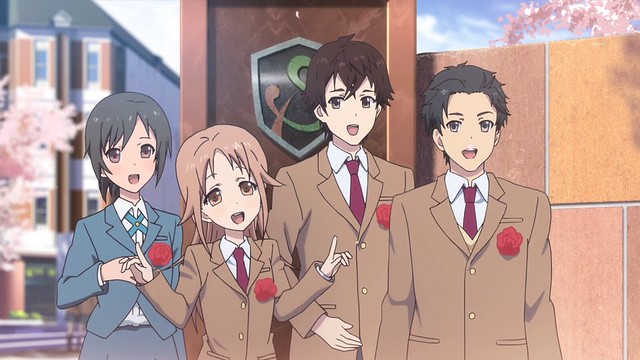 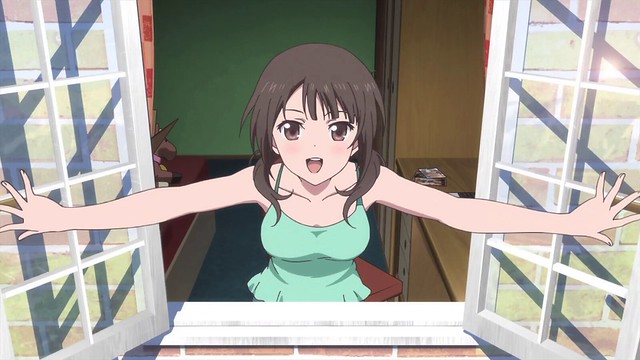 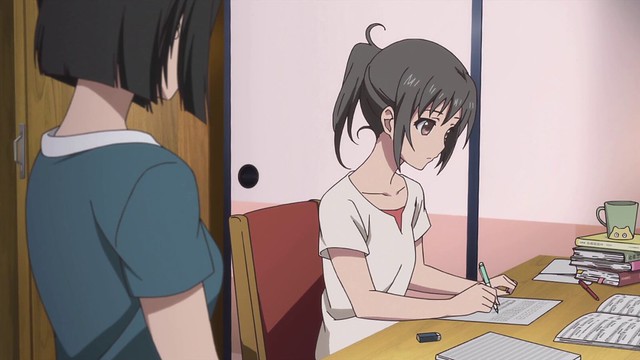 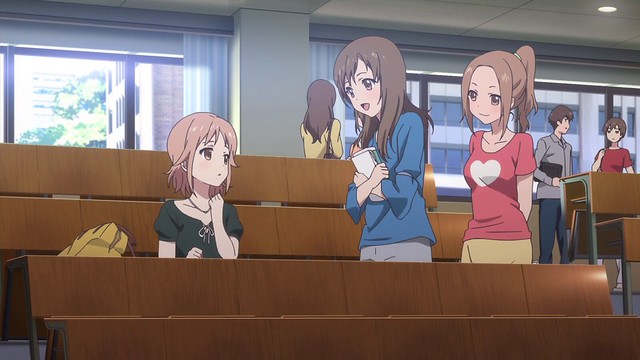 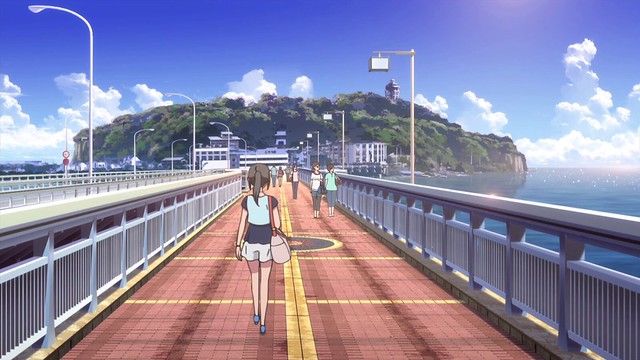 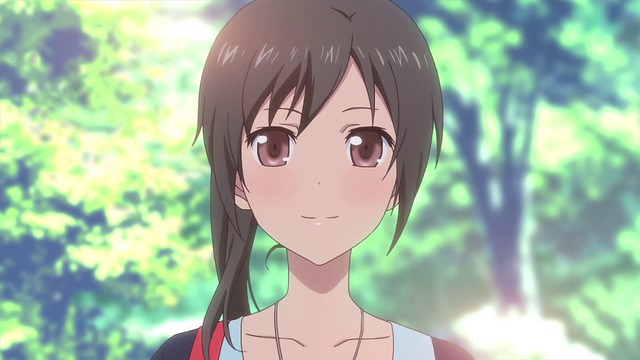 When Tari Tari concluded, I was three weeks into my thesis year. Impressed with how well Tari Tari had presented its messages, I entered my thesis project with enthusiasm – this year marked the first time since secondary school that I was confident in my ability to perform. In the Health Sciences programme, students complete a thesis project to round out their degree, and three weeks into term, our goal had been to present a project proposal in front of the course coordinator and classmates. Unlike my classmates, who had a four month head start on their projects, I entered September with only a rough idea of what my thesis would entail. However, in the time between the start of term and the proposal presentation date, I had managed to draw on my previous experiences in my lab to design a novel project of my own – having just published my first paper about our lab’s in-house game engine and its flexibility, I decided to extend the work I’d began two years earlier on agent-based renal flow and build it into a multi-scale system that combined mathematical modelling with agent-based approaches. Much as how Tari Tari and its successors encouraged combining approaches from a variety of disciplines to build a magnum opus, I drew on my knowledge of biology and software to suggest how component-based modelling would confer enough flexibility to build anything, with a renal system being an example of a complex system worth visualising. On the day of the presentation, I remember delivering my proposal and smoothly answered questions: in that moment, it felt as though I were selling a start-up’s groundbreaking new idea to VCs rather than outlining a health sciences project to professors. Speaking in front of experts is an intimidating experience, but for me, it dawned on me that where software and simulations were concerned, the cards were in my hand. It was here that I began seeing Tari Tari in a new light – Tari Tari isn’t merely a series about music’s ability to convey messages that transcend linguistic and cultural borders, and the importance of opening oneself up to others around them, but also how important it is to be able to bring in knowledge from other areas in order to improve one’s own problem-solving ability and resilience. P.A. Works has certainly taken this message to heart: following Tari Tari, anime like Sakura Quest, The World in Colours and The Aquatope on White Sand all integrate multidisciplinary approaches elegantly into their stories to create a compelling anime, and the fact that even a decade later, workplace and coming-of-age stories from P.A. Works that employ this style have continued to impress.