“Nobody knows what anticipation is anymore. Everything is so immediate.” –Joan Jett

The excitement surrounding Call of Duty: Modern Warfare II (I’ll refer to the 2022 iteration using roman numerals to differentiate it from its 2009 predecessor) is quite tangible, and during the past weekend, the Modern Warfare II open beta was running, allowing me a chance to try the game out for myself: after building a new desktop machine and acquiring a RTX 3060 Ti, I’ve been itching to see how the latest iteration of Call of Duty would handle. The open beta represented the best opportunity to try things out, and while I spent only a few hours in-game, I now have a better sense of what the game requires from a hardware standpoint. On the average match, my machine effortlessly maintains 120 FPS with everything cranked up, and while I have played a few matches where latency was an issue, causing some rubber-banding, the game was smooth overall. Modern Warfare II handles extremely well; movement is crisp and responsive, while the gunplay is immensely satisfying. I never had any trouble moving my character precisely to where I needed to go, and Modern Warfare II‘s firearms feel consistent. While the beta only offers a small hint of what’s to come, Modern Warfare II is stable and performs well. Matchmaking was relatively quick, and once I got into a game, individual rounds were very tight and focused. For classic modes, new maps retain the classic Call of Duty arena-style design, offering fast-paced combat encounters where close quarters firefights and swift reflexes win the day. Modern Warfare II also sees the return of Ground War (a smaller version of Battlefield’s Conquest mode) and a sandbox-like mode called Invasion, which pits human and AI players together in a team-based battle on larger maps, which in turn provides a larger environment for experimenting with Modern Warfare II‘s longer-range weapons. The range of game modes seen in Modern Warfare II‘s open beta is a fraction of the full title, and while I historically have not enjoyed the smaller modes of Call of Duty, Invasion proved unexpectedly enjoyable, giving me a chance to get familiar with the weapons before hopping into a more frantic round of domination with a better idea of how to best use the tools available to me. Surprisingly, this time around, I found myself performing with some consistency: while veteran players and folks with a great deal of spare time will run rings around me, in more matches than I’d expected, I was also able to top the scoreboard.

While skill-based matchmaking meant I was more likely to pitted against players of a similar skill to myself, one aspect of Call of Duty returned to me in full during the course of Modern Warfare II‘s open beta. By default, the voice chat is enabled, and this meant, moments after slaughtering an entire team because of a bit of beginner’s luck on my end, I was screamed at and branded a cheater. In this instant, I immediately recalled why I typically don’t play multiplayer games with voice chat on. I endured the banter befitting of youth and young adults with far more time, and far fewer responsibilities than myself, for the duration of the round. After listening to another player on my team complain about how no one on the team besides himself knew how to play Modern Warfare II, I exited the lobby, dug around the settings and after a few minutes, located the options to completely disable voice chat. The remainder of my open beta experience was more peaceable, although it became clear that Modern Warfare II‘s UI is unintuitive and difficult to navigate. I’ve grown accustomed to Modern Warfare‘s UI, which, by comparison, is very clear and easy to use. The menu system in Modern Warfare II makes it difficult to access one of the game’s most anticipated features: the revised and updated Gunsmith. Modern Warfare II has streamlined the experience by developing a progression system in which one unlocks attachments for a weapon platform, and then these attachments are shared amongst all of the different receivers (weapon types) for that platform. This approach is intended to cut down on grinding, and shared attachments mean one is able to immediately kit out newly-unlocked weapons to bring their handling characteristics closer to what one already has for a previously-unlocked weapon for that platform. On paper, this means using new weapons will be a more enjoyable experience because one won’t need to go through the entire unlock process again. The Gunsmith upgrades are fantastic and cut down on time spent just unlocking stuff, allowing one to experience more of Modern Warfare II. This approach is quite welcome: contemporary titles often drag out the progression to encourage replay, but this makes for an exhausting experience, so seeing Modern Warfare II adopt a more streamlined approach is encouraging. For someone like myself, someone who’s got limited hours to game, a reduced grind means there is incentive to play occasionally without worrying about an overwhelmingly long journey to unlock everything; seeing this in Modern Warfare II does make the game’s multiplayer modes more enticing. 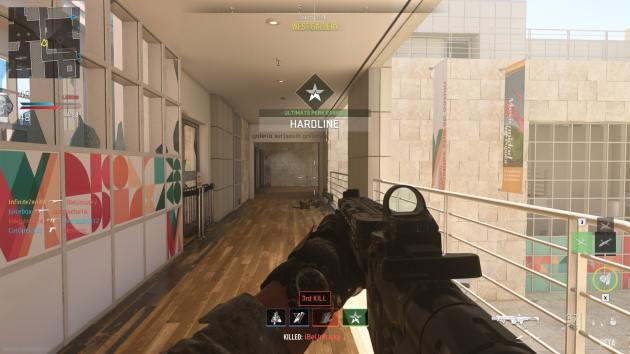 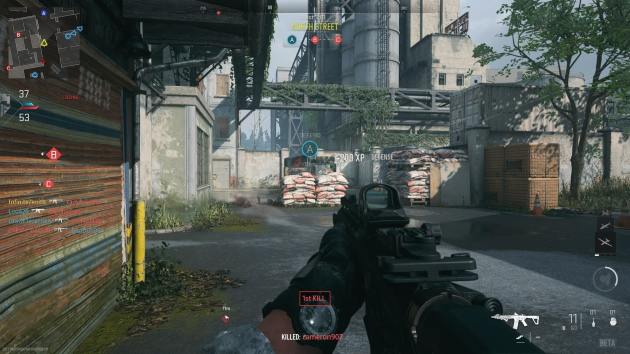 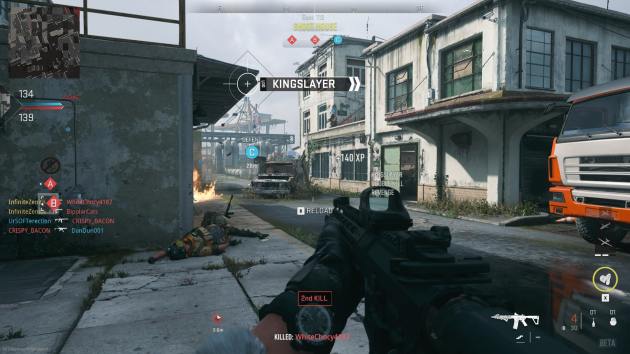 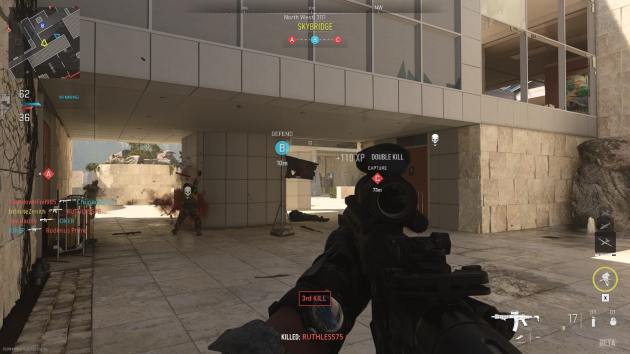 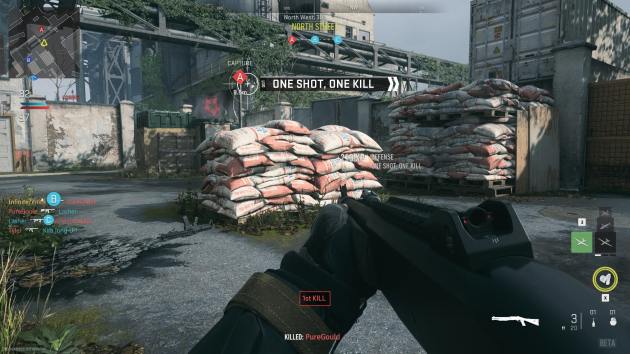 With the open beta in the books, I now have a much better sense of what Modern Warfare II entails. Beyond my usual reasons for keeping an eye on a Call of Duty title, I know that Modern Warfare II now offers a fantastic alternative to the close-quarters combat of the usual maps, and the unforgiving environment of Warzone, which requires a squad and time commitment to yield maximum enjoyment. Invasion has proven to be a surprisingly enjoyable change of pace: maps are significantly larger than the typical maps for domination and TDM, giving one a chance to snipe and use vehicles, but at the same time, the allowance for respawns means that there is tolerance for making mistakes, and applying learnings from said mistakes immediately. The last time I played a Call of Duty open beta, it would’ve been five years ago, when WWII was released. Back then, the multiplayer gameplay proved underwhelming and clunky. However, it is plain that Activision has improved their game considerably since then: Modern Warfare II looks incredible, and for the first time, I see myself playing a Call of Duty game’s multiplayer component. In conjunction with a campaign that looks excellent, there is a very good chance that I will be checking out Modern Warfare II shortly after it launches. Between a promising title and the hardware to do so, I am presently leaning towards picking the game up after I’ve had the chance to to preview the campaign’s content and see for myself how things handle following launch. I’ve traditionally picked up Call of Duty games for their story missions and therefore don’t get much replay out of the games, but in the case of Modern Warfare II, between the presence of multiplayer modes that interest me, in conjunction with a Spec Ops mode and the fact that I’ve enjoyed all of the Call of Duty campaigns I’ve previously played, I am reasonably confident that Modern Warfare II would be a game that engages me. All that’s left now is for the early-adopters to give me a bit of additional insight into what I’d be getting into, and then I’ve got enough to make a decision as to whether or not Modern Warfare II is worth the full price of admissions, or if it will join my library at a later date.