“If the people we love are stolen from us, the way to have them live on is to never stop loving them.” –James O’Barr

During a phone call with Chihiro, who’s visiting a summer festival with Tomo, Fū recalls an old promise that she’d made with Chihiro long ago – they were to visit the summer festival in yukata together. Fū’s grandmother would begin making a yukata for her, but after Fū’s father had passed away, these plans were shelved. In the present, Chihiro invites Fū to visit her in Yokosuka for the next summer festival. Fū’s grandfather is also visiting, and he’s brought over the photos Fū’s father had taken, along with an undeveloped roll of film: having been certain the photos were going to be flops, he’d felt it was a waste of money to bring them to light. When Fū mentions the upcoming summer festival, Fū’s grandmother reveals she’d actually finished Fū’s yukata from long ago in anticipation of the day that Fū would find her smile anew. On the day of the festival, Fū meets up with Norie, Kaoru and Maon. Before they head off to the event grounds, everyone receives a surprise message from Sayomi. Although they are exasperated to learn another mind-bogglingly long adventure is in the works, after meeting up with Kō and Fū’s grandparents, Sayomi posts an update, saying her coursework has kept her tied up, and the “surprise” spot she had for them was actually Fū’s place. From the quiet here, everyone enjoys the fireworks, while Fū tries to photograph them with her camera. Seeing Fū prompts Kō to comment on why their father referred to a good yukata as resembling a warm breeze. When the show ends, Fū’s mother explains the origin of Fū’s name, and everyone then sends their photos to Chihiro. Later, Fū picks up the developed pictures from her father’s camera roll, learning that they were his fireworks photos, and moreover, that they’d come out blurry, just like Fū’s. This is Tamayura ~Hitotose~‘s OVA, which accompanied the home release’s final volume. When I had gone through Tamayura ~Hitotose~ for the first time, I’d been a university student, and it’d been an academic semester, so I ended up setting the OVA aside, resolving to one day revisit it. That day didn’t come until eleven years later; things back then had been quite busy, and as time passed, the ~Hitotose~ OVA fell to the back of my mind. After revisiting Tamayura a year ago, I realised I’d missed this OVA on my original watch of the series and resolved to give it a go, although I’ve not been able to find a moment until now.

The concept of “at your own pace” is integral to Tamayura, and here in ~Hitotose~‘s OVA, another milestone Fū’s healing journey is shown. Fū’s grandmother puts things best – although she had intended for Fū to wear that sunshine-coloured yukata to the next summer festival with her father, after he passed away, everything was put on hold. In her words, time had come to a standstill as everyone grieved for this loss. However, Fū’s grandmother has been around the block and understands that there would come a day when Fū would recover and would want to take a step forward again. Knowing that Fū’s ability to accept thing was inevitable given her own growth, Fū’s grandmother would ultimately finish the yukata she had originally started. This is a consequence of the wisdom she’s accrued over the years, and in this way, by the events of ~Hitotose~, when Fū’s desire to wear a yukata to a summer festival is sparked following a conversation with Chihiro, her wish is able to be fulfilled because the people around her have been looking out for her. In this way, this OVA accentuates how, even though Fū’s father is gone and has left a considerable hole in her life, Fū still has plenty of people around her, all of whom are able to help support and nurture Fū so that she can stand of her own accord. Through both the warmth from her brother, mother and grandparents, and the energy and spirits that her friends bring, Fū’s curiosity to explore the world around her becomes rekindled. Along the way, she is able to try out the things that she’d previously avoided owing to the difficult memories they brought up, and with the people around her, Fū comes to appreciate that to honour her father’s memory, it is imperative for her to take those tricky steps forward. In doing so, Fū learns that so long as she is able to do this, her father’s memory will continue living on – after Fū takes those photographs while watching fireworks with her friends, the end result is identical to the photos her fathers had taken, showing how even now, those precious memories can persist and endure into the present. In this way, Fū’s father is still with her, and as Fū gradually takes an increased initiative to seek out the things her father had loved, she finds that she’s able to incrementally learn more about him, and along the way, discover more about herself, too. 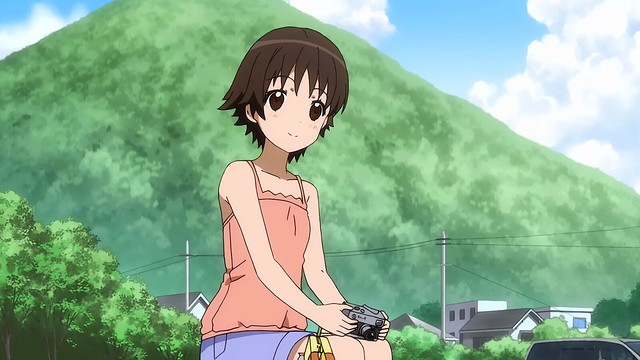 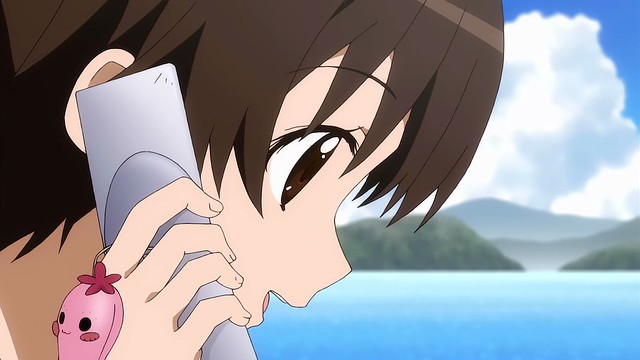 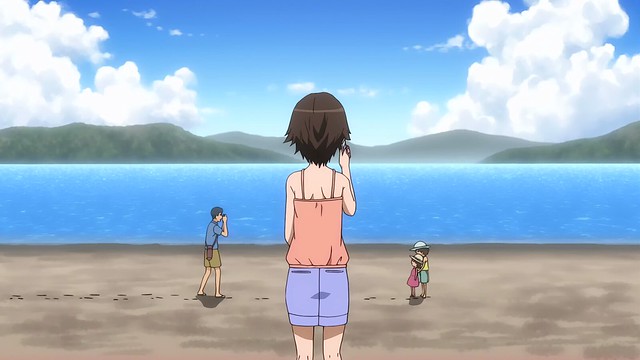 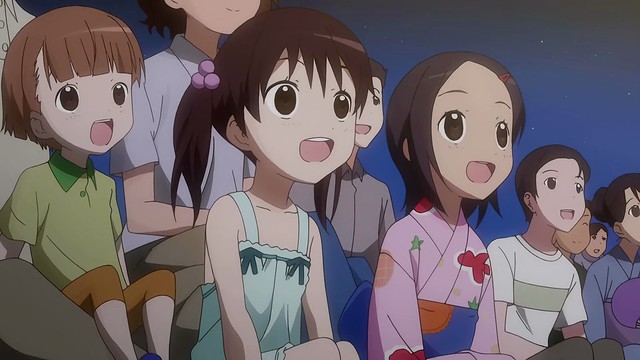 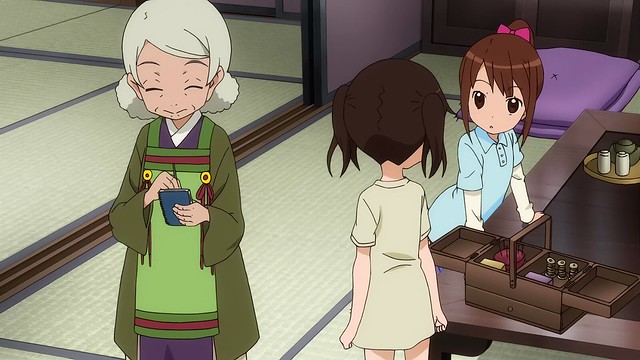 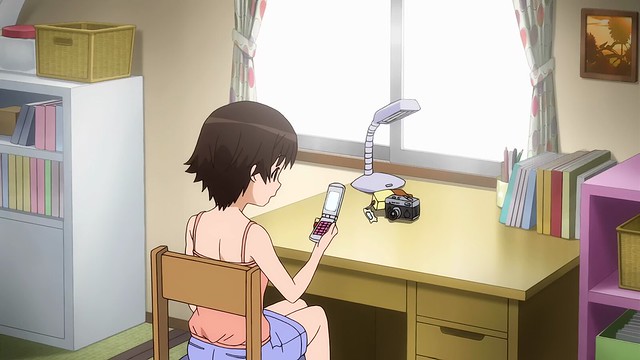 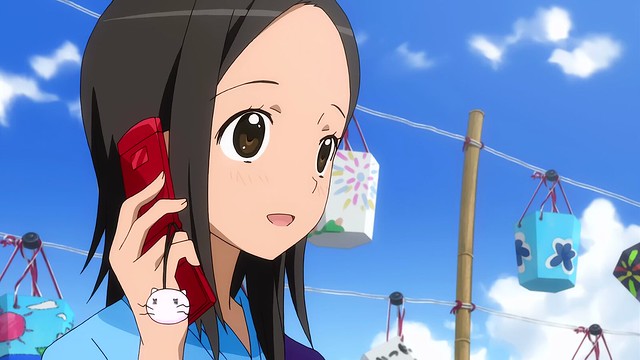 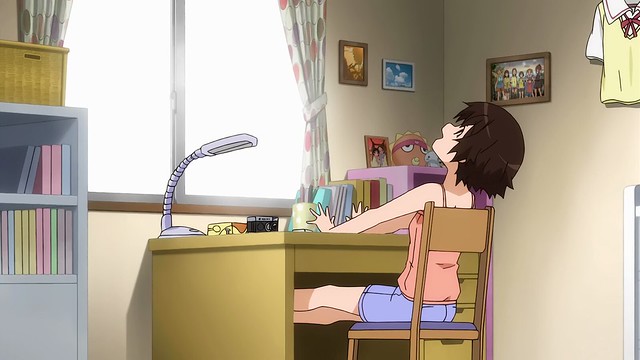 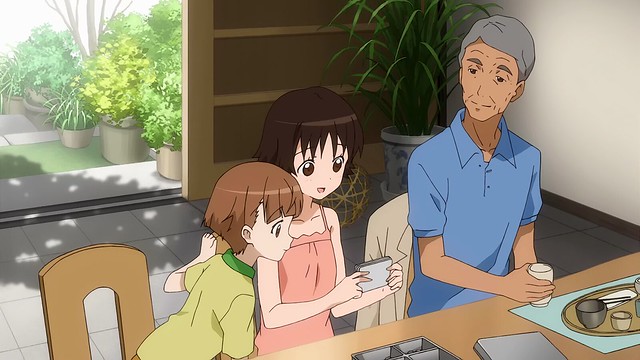 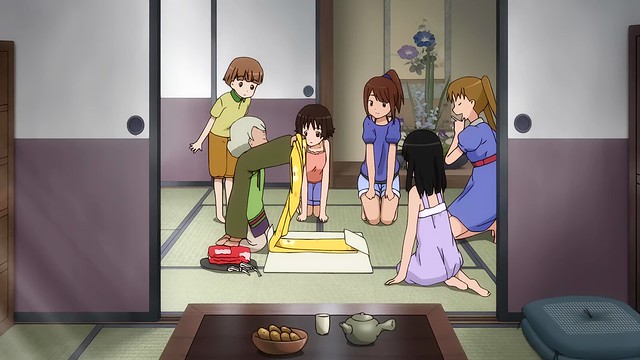 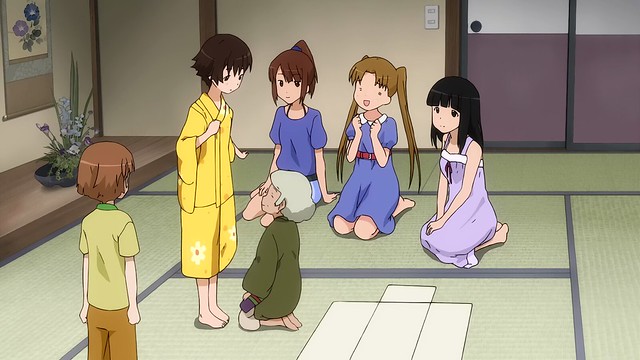 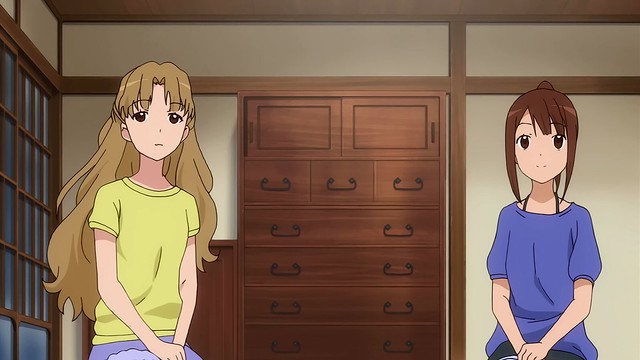 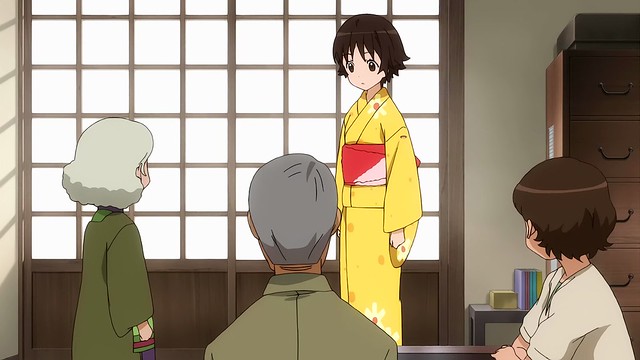 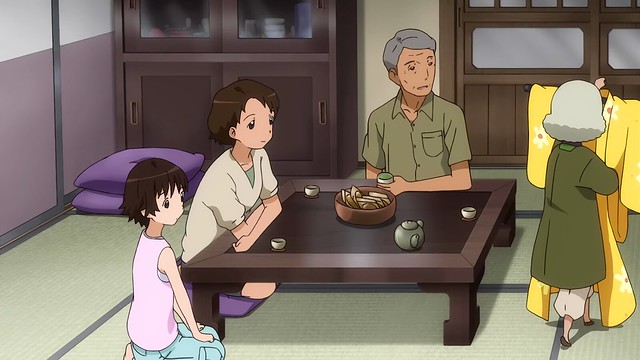 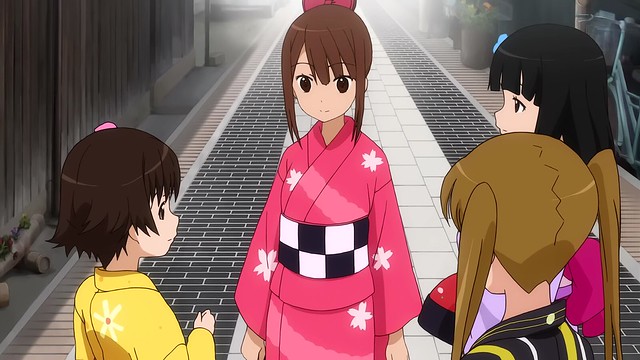 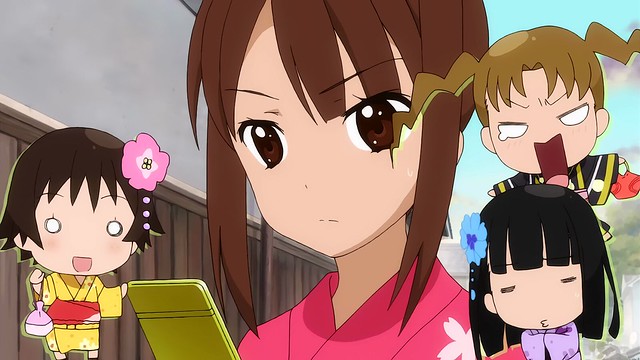 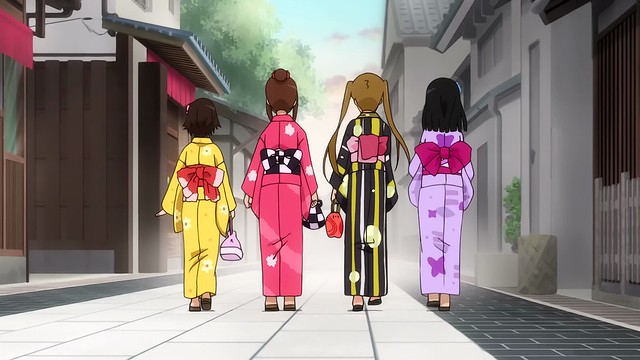 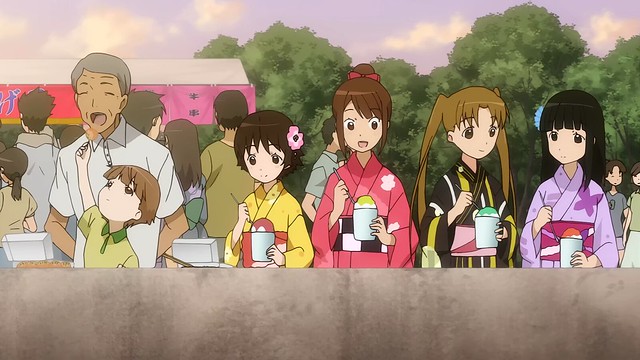 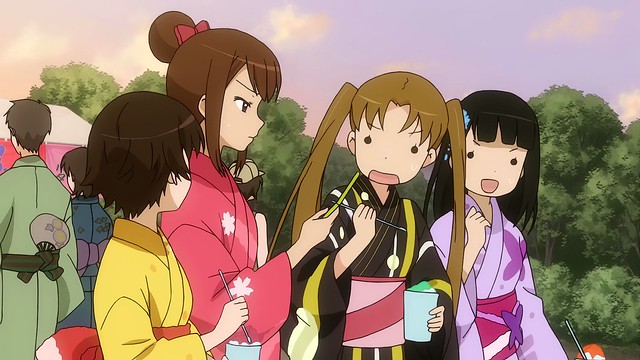 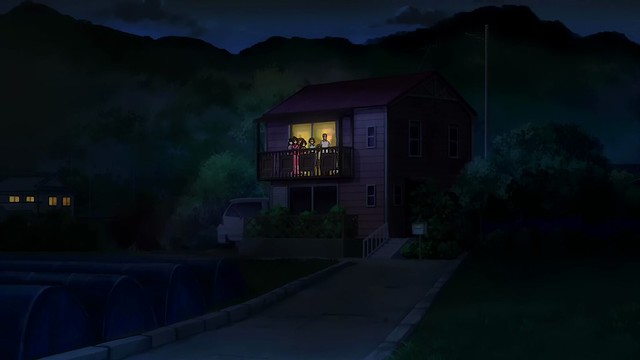 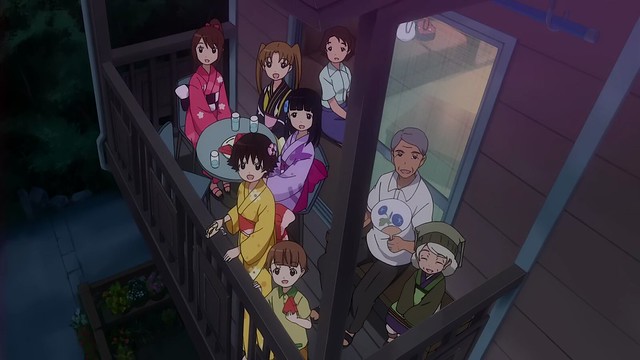 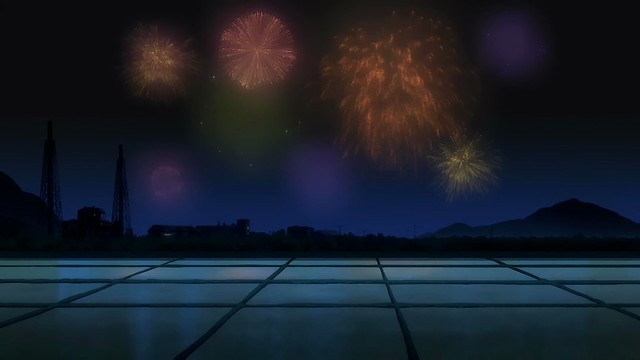 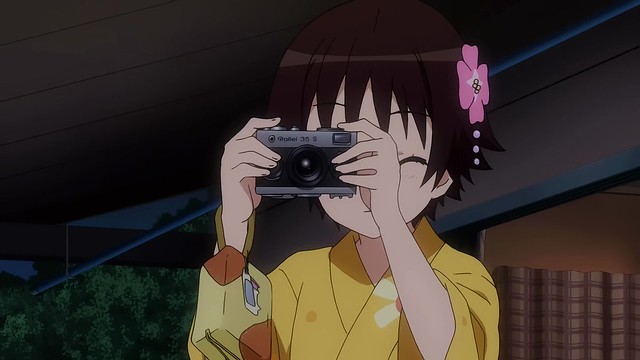 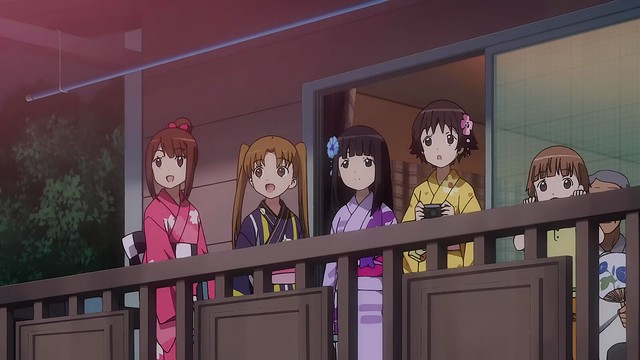 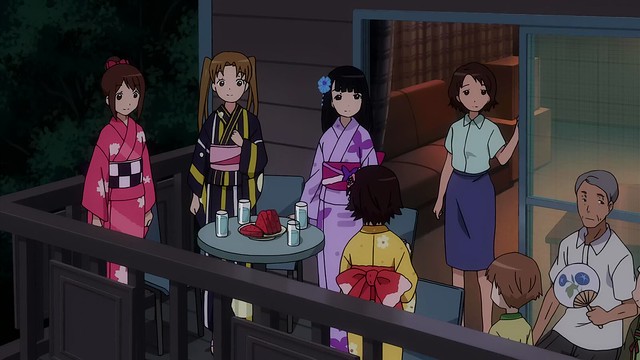 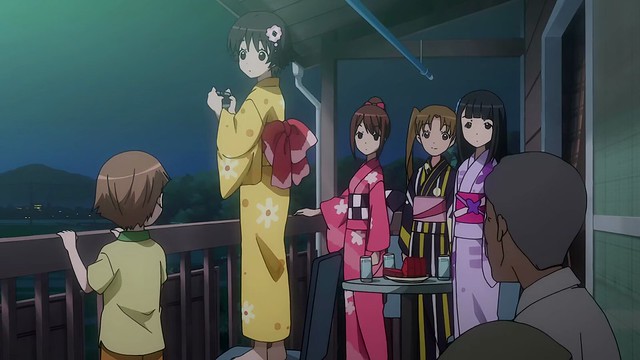 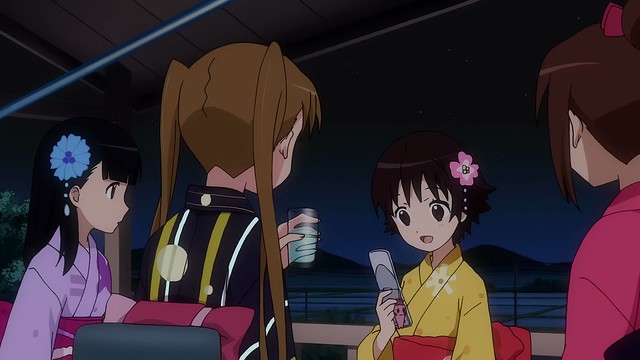 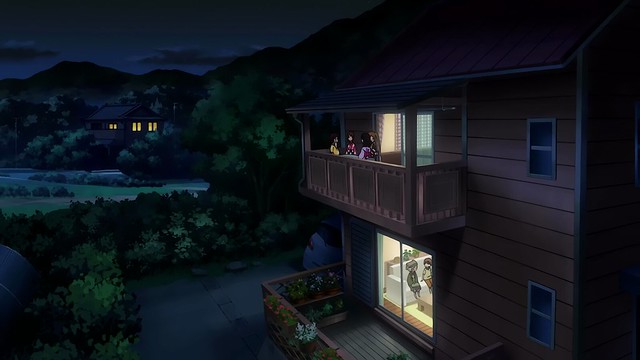 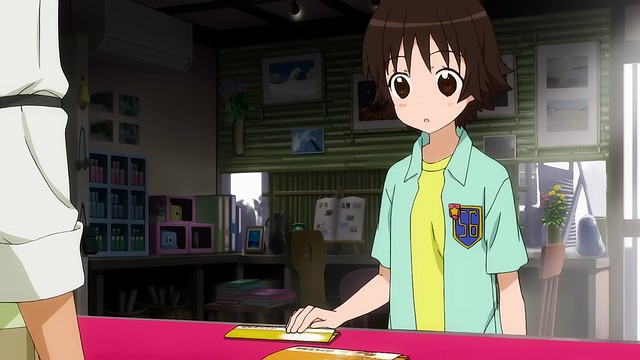 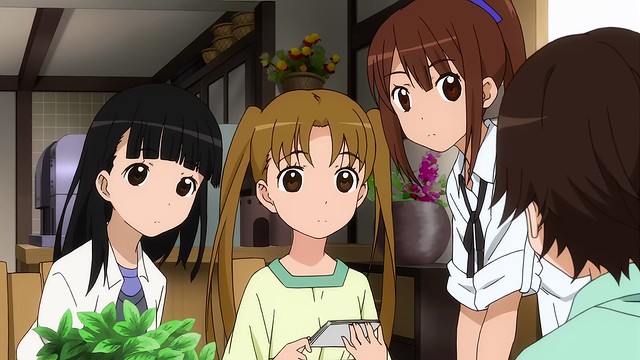 The idea of a new promise evoking old memories creates a bit of irony – although ~Hitotose~‘s OVA was a part of the first season, I’d actually never watched it during my original run through the series a decade earlier. Going through this OVA, I am reminded of the fact that that when revisiting things anew with a fresh set of eyes, the experience may yield new discoveries. Things that one may have forgotten about take on newfound value upon revisitation. This is what allows Fū to create new memories of her friends to cherish: a happenstance mention of wearing yukata to watch the summer fireworks with Chihiro might not have fully materialised yet, but Fū is reminded of her old promise and suddenly wishes to do the same with Kaoru, Norie and Maon. In the process, Fū not only has the chance to see fireworks with her friends in Takehara, but she also discovers more about her father and becomes, in her and Chihiro’s words, “more aggressive”. Simple decisions to take a step forward can have an immensely valuable impact on one’s perspective and help one along; in an environment where Fū longs to learn more about her father at her own pace, with people who are there to support her at each step, ~Hitotose~‘s OVA shows yet another snapshot into Fū’s journey as she gradually opens up. That Fū’s photographs wind up being similar to her father’s old photographs is a very valuable show of Fū connecting with him, and despite his absence now, his memories continue to endure, acting as a source of comfort and inspiration. The idea of seemingly trivial events creating fateful moments is not new in anime, but Tamayura does an especially solid job of conveying this to viewers – being open to new experiences can pave the way for life-changing moments down the line, and similarly, there is worth in looking back and revisiting old memories with a new perspective. For me, there is always joy in discovering something new in a given activity or object I had thought to be familiar. I was surprised that I’d never written about ~Hitotose~‘s OVA, but now, I am glad to have done so – going through the OVA has accentuate my enjoyment of Tamayura, making Chihiro’s visit in ~More Aggressive~ all the more significant, and with this, I believe that I’ve now written about everything in Tamayura to some extent.