2 Comments Posted by infinitezenith on November 22, 2022

“Positive anything is better than negative nothing.” –Elbert Hubbard

While Honoka is studying for her secondary admissions exams, she receives an invitation to go hiking at Mount Mitake. Although Honoka had wanted to focus, she agrees to go after Aoi mentions that Kokona will be accompanying them. On the day of the hike, Hinata notices Honoka’s desire to grow closer to Kokona and gives the pair some space. They end up visiting several power spots associated with luck in relationships, and upon reaching Mount Mitake’s summit, Aoi brings out some homemade hot chocolate for everyone. Honoka reveals that ever since they’d visited Lockheart Castle together, she’d found warmth emanating from Kokona’s photo, and Kokona replies she’s fond of Honoka’s photos, too. Later, Hinata and Aoi swing by the Mountaineering Club at Koharu’s request: she’s got snowshoes and wishes to hit the slopes at Mount Akagi. This time around, Kokona’s busy, but Honoka decides to come with as a break of sorts from her studies. However, because the weather is unseasonably warm, most of the snow’s already melted. In spite of this, the four ascend Mount Akagi together and reach the summit, marvelling at the views despite the overcast weather, and when they head back down the mountain, everyone’s pleased to see that some of the snow has persisted, allowing them to experience the wonders of snowshoes. While Hinata trips during the trek across a frozen lake, everyone ends up with a memorable adventure, and Honoka’s brother invites everyone to join him at a restaurant known for their deep fried shishamo. Aoi thinks to herself that, despite the weather being seemingly disappointing, the day was well worth it, and contemplates how fun can be had even when things don’t turn out quite the way one had expected. With Next Summit progressing smartly along, this winter episode clarifies what viewers had been suspecting, and deals in a life lesson that I definitely need to be mindful of.

Observant viewers had long noticed that Honoka and Kokona had been steadily becoming closer since Next Summit began airing. An ending sequence shows the pair on a hike together, although their activities appear to be characterised by a hint of gentle awkwardness as the two are still getting to know one another. By the time Christmas rolls around, Kokona and Honoka enjoy one another’s company and share in conversation together. Next Summit‘s decision to make this nascent friendship a part of the story is a pleasant show of how Aoi’s own growth is having a tangible impact on those around her. When Kokona had accompanied Aoi, Hinata and Kaede on their hikes, she’d been the youngest of everyone. At Mount Tanigawa, Aoi’s initiative ended up bringing Honoka into the group, and since Kokona and Honoka are middle school students, the pair are able to find an especially close bond in a group of older students. Being closer in age, Honoka and Kokona would probably find it easier to talk to one another than with their seniors, and unsurprisingly, the pair do strike up a friendship that is, in some ways, a parallel of Aoi and Hinata’s: Kokona is outgoing, while Honoka is more reserved. Viewers will doubtlessly find this moment especially heartwarming, and in the bigger picture, the growing friendship between Kokona and Honoka is a consequence of Aoi’s own development; she had reached out to Honoka while they’d been hiking Mount Tanigawa and opened the conversation, allowing Honoka to learn more about Aoi and her group. As it turned out, there was someone similar to herself in age, and by getting to know Kokona better, Honoka herself will doubtlessly gain confidence and become more confident in voicing her thoughts to others, too. 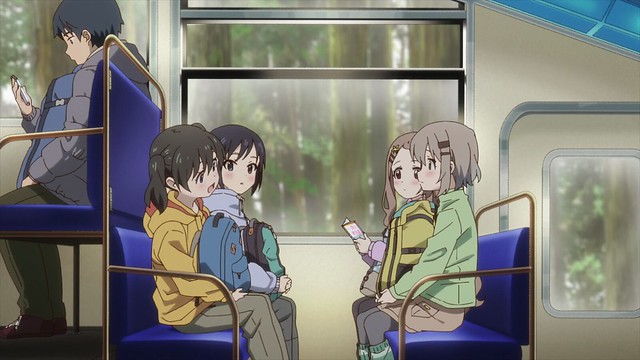 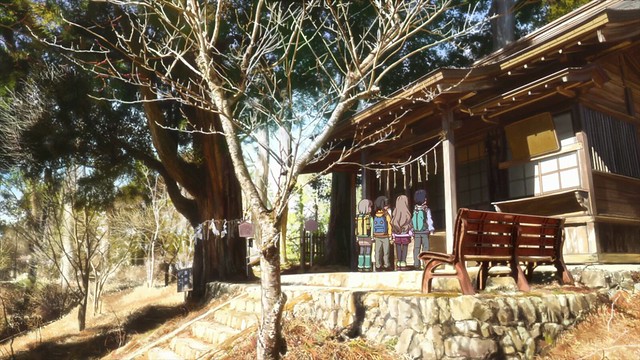 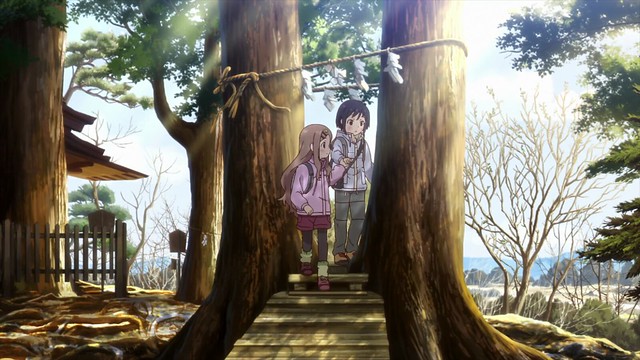 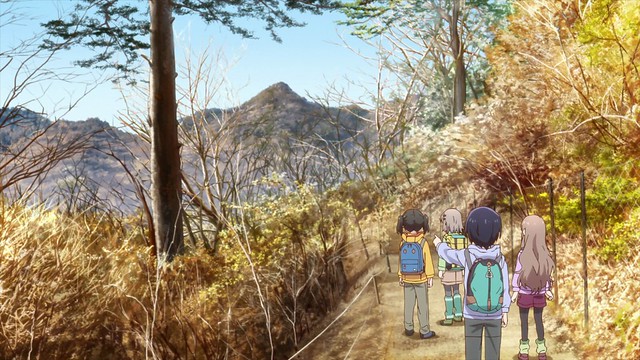 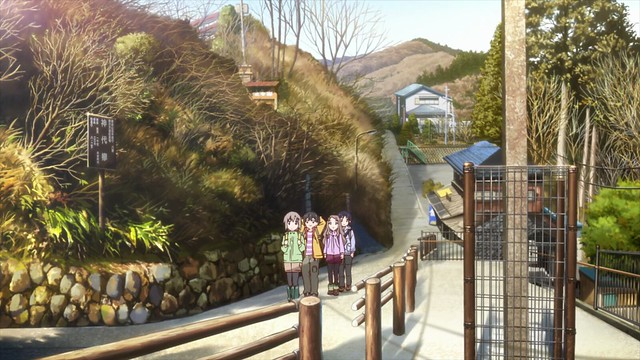 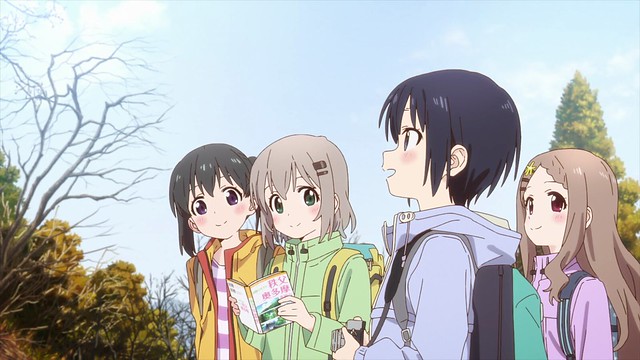 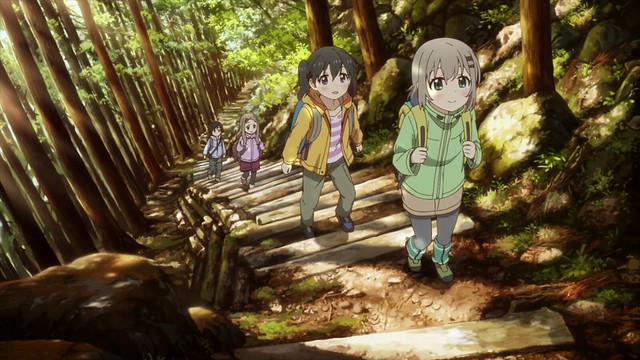 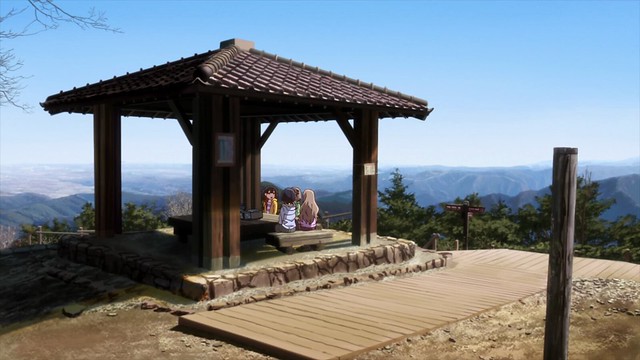 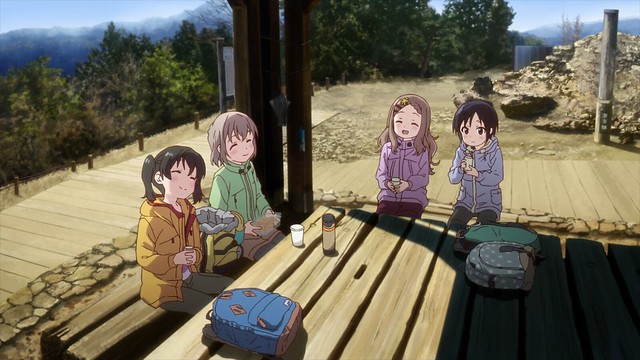 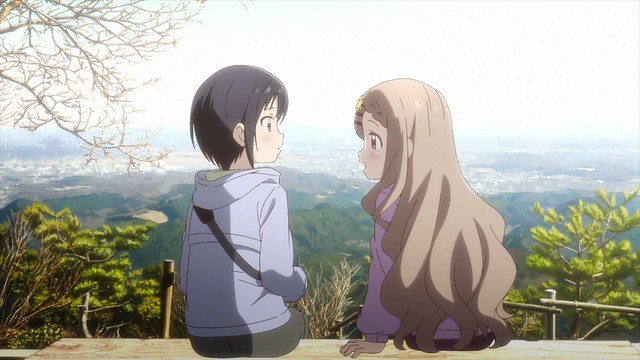 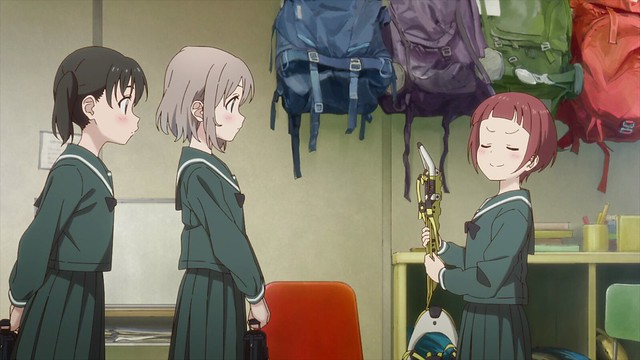 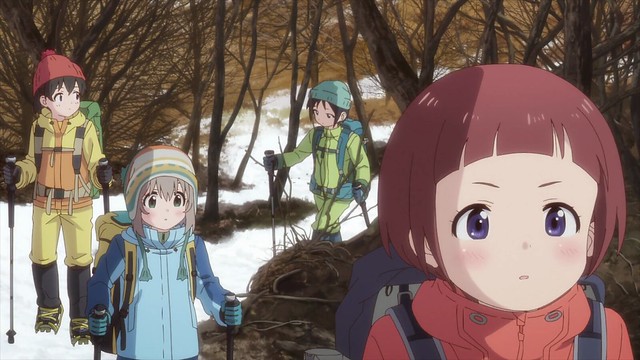 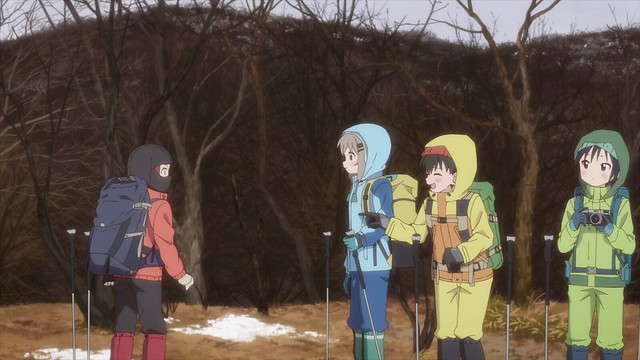 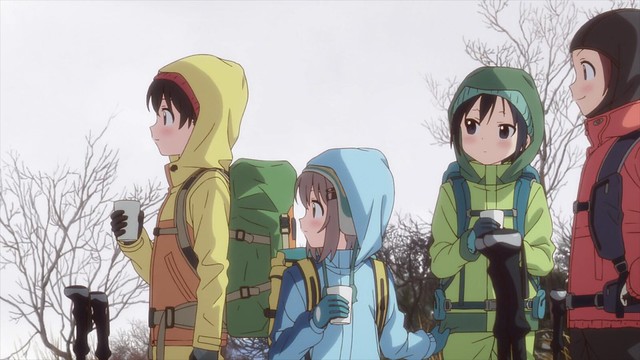 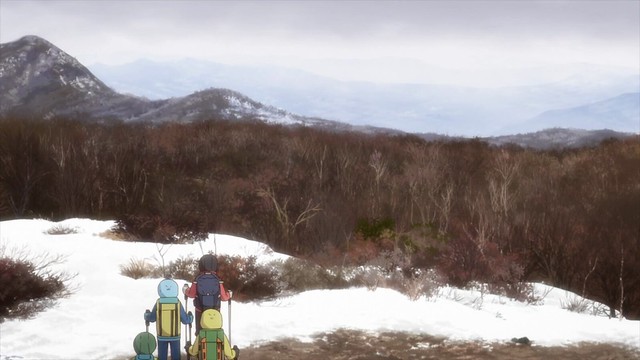 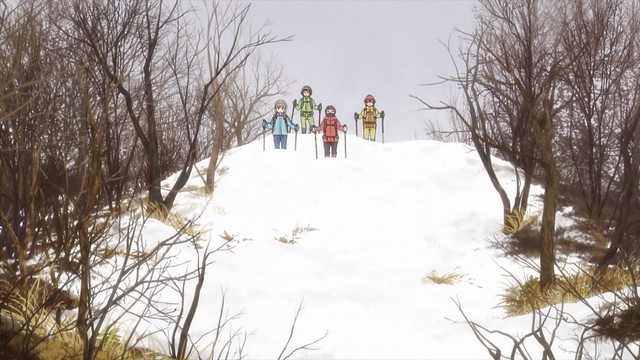 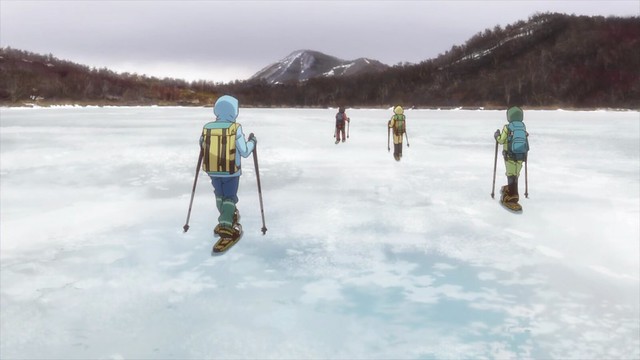 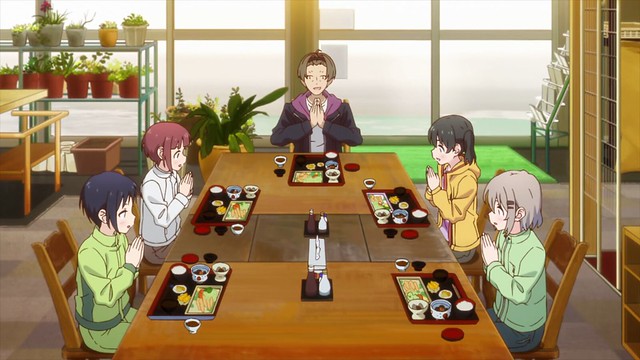 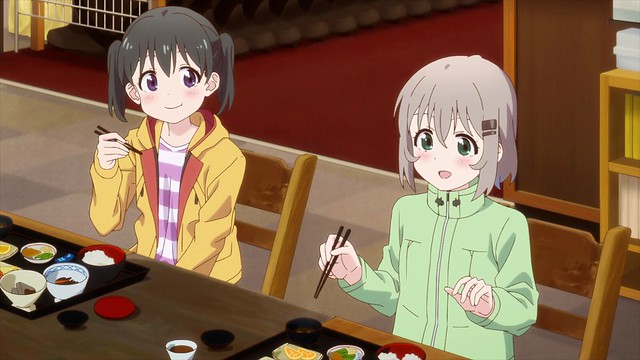 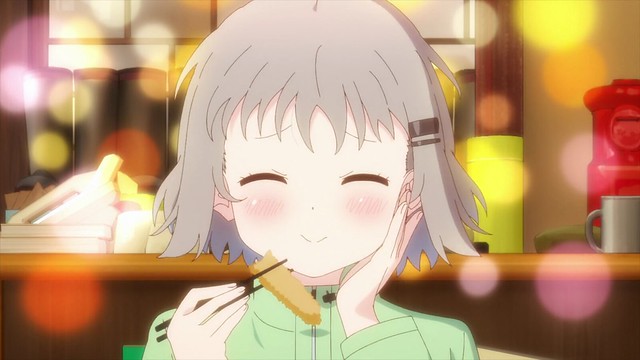 In the eighth episode’s second half, Next Summit gives Aoi a chance to see how even when things don’t turn out as expected, maintaining an open mind can turn disappointment into a new experience. The ascent up Mount Akagi is set under overcast skies, a contrast from the beautiful weather Aoi and her friends typically climb mountains under, and since the object of that day had been to give the snowshoes a go, a lack of snow meant they weren’t able to initially see for themselves the joy of the snowshoes. However, by pressing onwards anyways, Aoi, Hinata, Honoka and Koharu are still able to enjoy the sight from Mount Akagi’s summit, and because they made the hike anyways, are able to see the mountain path downhill is still snowy. I have had similar experiences, where the weather had not been quite what I’d hoped for, but on all occasions, I tend to press ahead anyways and do what I can to make the most of things. While I have no trouble adjusting my plans and handling such scenarios, however, one of my own weaknesses is that I do tend to stay somewhat bothered even if the alternative ends up being perfectly enjoyable. I’ve found that channeling my discontent into planning more experiences in the future is something that takes my mind off things, but what I need to work on is remembering this is always an option; I still need to compartmentalise these negative thoughts in the moment and make the most of what is available. Next Summit does a fantastic job of why possessing such a mindset is so important: it helps one to develop resilience against the unexpected and handle shifting circumstances elegantly. Having established that Aoi and her friends have this particular skill down means the story is one step closer to Mount Fuji, and now that Next Summit is moving through February, I imagine that in next episode, viewers will have a chance to see what awaits Aoi and her friends come March, a time when the weather slowly begins to warm back up as spring approaches.

2 responses to “Power Spot For Valentine’s Day, Trying Out Snowshoes – Yama no Susume: Next Summit Eighth Episode Review and Reflections”