Mountain Stream Fishing, The Meaning of Life and Off to Kamakura With Hinata’s Family – Yama no Susume: Next Summit Review and Reflection at the ¾ mark

“Sometimes you have to take a step back to move forward.” –Erika Taylor

Aoi’s father invites her and Kokona to accompany him on a weekend fishing trip in the mountains at a friend’s place, prompting Aoi to also invite Hinata along. While the girls learn the basics behind stream fishing, Kokona explains that despite having never fished before, she wanted to broaden her horizons ahead of admittance to secondary school and indicates that she would like to enroll at the same school Hinata and Aoi attend. This leads Aoi to wonder what she wishes for in her own future, and while pondering this question, Aoi also manages to catch a fish of her own. After meeting up with Aoi’s father, who’s caught a number of fish, everyone returns to enjoy tempura fish. Later, Hinata’s mother returns home after a gruelling work week and requests an outing that allows her to both hike and check the ocean out. Hinata’s father suggests Kamakura, and Aoi is invited to accompany them. Along the way, Aoi is reminded of the fact that Hinata’s mother is very energetic and expressive, similarly to Hinata. While hiking up a trail, Aoi notices that despite being winded, Hinata’s mother presses on with enthusiasm, and the four stop to enjoy the lunches that Hinata’s other had bought along the way. They subsequently swing by a temple, where Hinata’s mother lets out her work-related frustrations, before watching a sunset along the coast. Here, Aoi thinks to herself that in a few more weeks, with spring’s immanent arrival, she and Hinata will become second-year students. Three-quarters of the way into Next Summit, viewers have another chance to see some of the secondary adventures that Aoi and Hinata take together; these adventures allow Yama no Susume to highlight a variety of life lessons in a gentle, unobtrusive and instructive fashion, indicating how personal growth comes in all forms, as well as how learnings that improve individuals can come from even the most unexpected of experiences.

The ninth episode’s highlight comes with the introduction of Hinata’s mother. This is the first time viewers see her on screen, and from initial impressions, she’s someone who takes her work very seriously, but becomes frustrated when things don’t go as smoothly as she’d like. This leaves her exhausted, and so, when Aoi meets her for the first time in a while, Hinata’s mother is slumped over on the couch. However, she perks up immediately at the thought of an outing to Kamakura, and although Hinata’s father chooses the destination to ensure that the excursion isn’t something beyond what his wife can do, the chance to go outdoors and regroup proves to be a blessing for Hinata’s mother. She’s able to exercise out some of her stress, and during their shrine visit, throws disks at stones to get her concerns and grievances into the air. The trip leaves her refreshed, and although a mountain of work likely awaits Hinata’s mother when she returns to the office, at the very least, she’s now had a chance to unwind a little. The idea of taking a step back to regroup when stressed seems counterintuitive, but it works because it gives the mind a chance to pause and reassess a situation. Next Summit‘s ninth episode’s second half deals primarily with Hinata’s mother, but it’s also a reminder to Aoi – she’d been beaten at Mount Fuji before, but having had time to take a step back and think things over, she returns to the trails with a renewed passion and a deeper understanding of why she enjoys being outdoors. Similarly, while Aoi now faces the prospect of becoming a second-year student, it is important that she is able to find ways of managing her stress, and Next Summit shows that because she is able to find solace in being outdoors, when things get difficult for her in the future, whether it be her coursework, considering directions for her career and eventually, transitioning to the next milestone in her life, Aoi will have the tools to do so in an effective, and healthy manner. 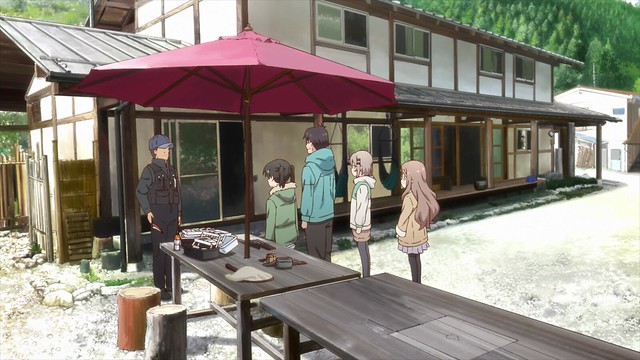 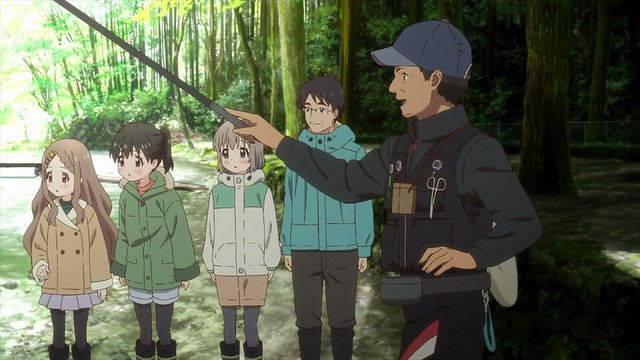 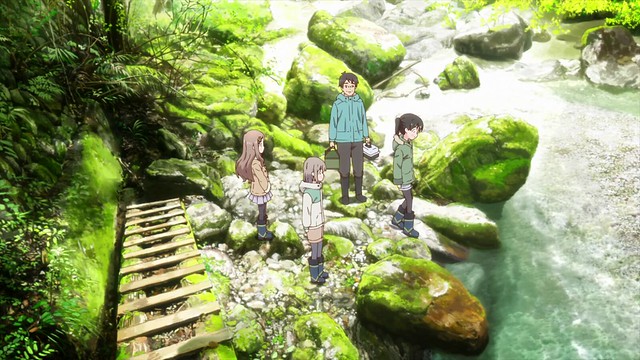 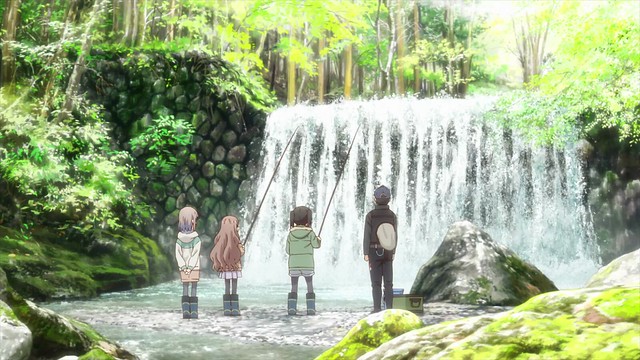 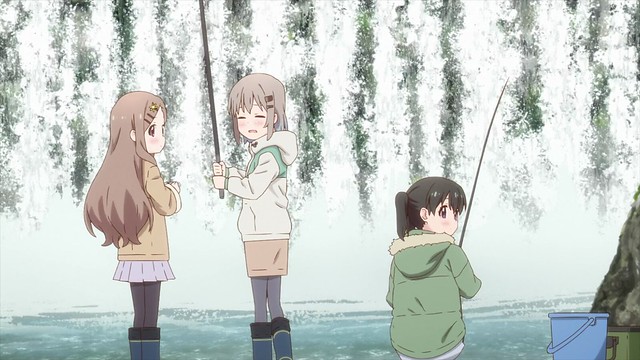 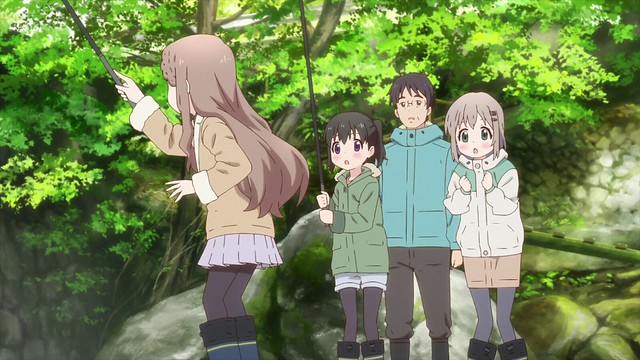 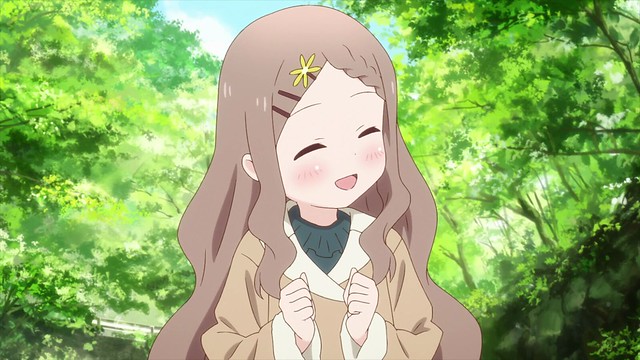 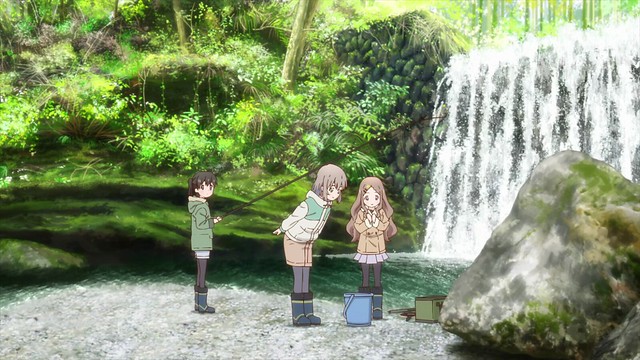 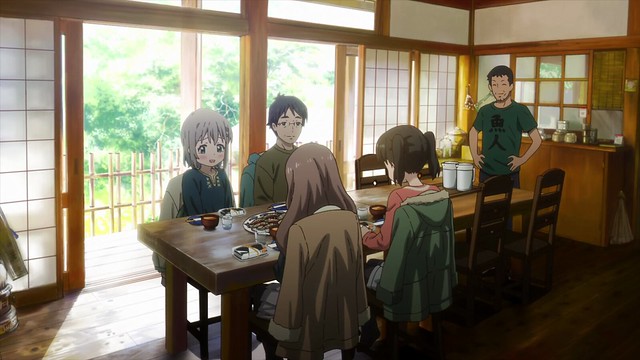 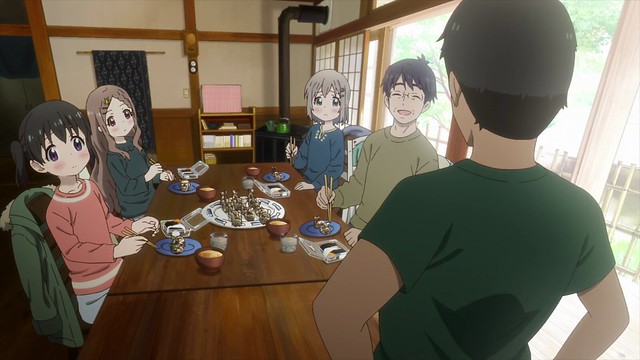 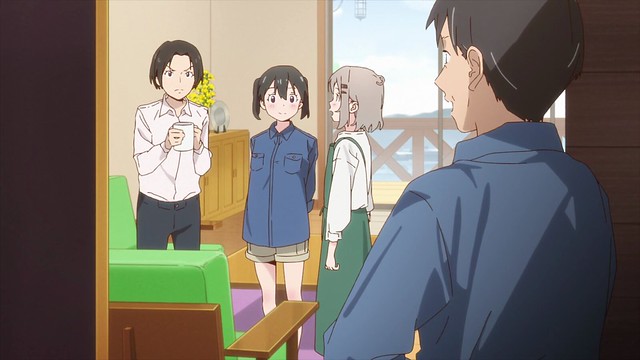 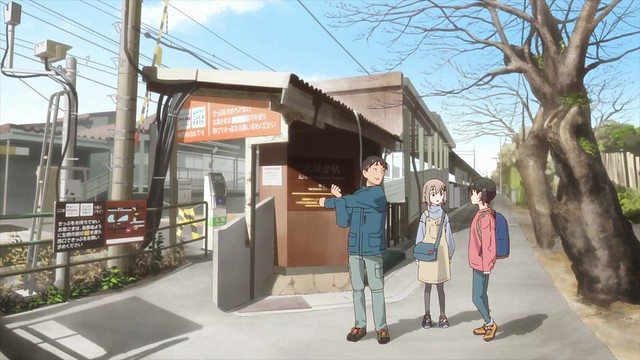 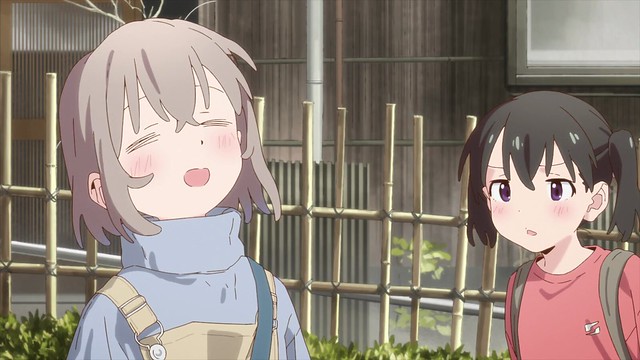 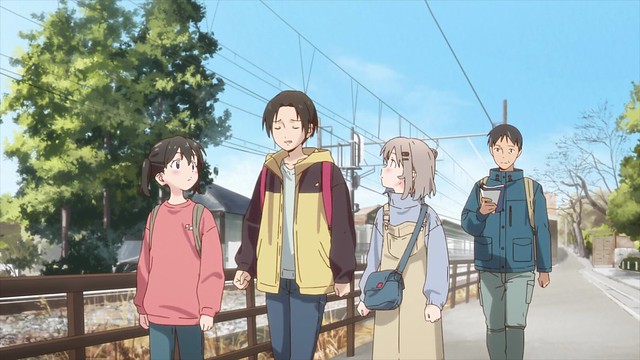 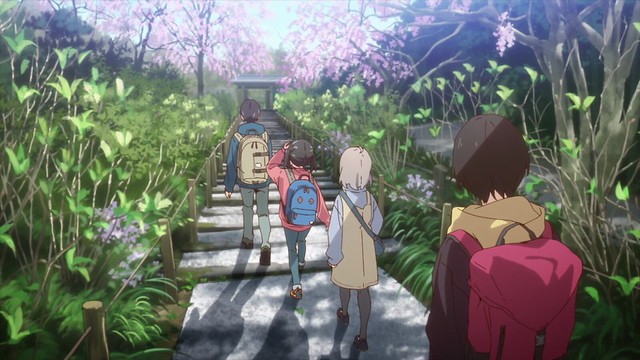 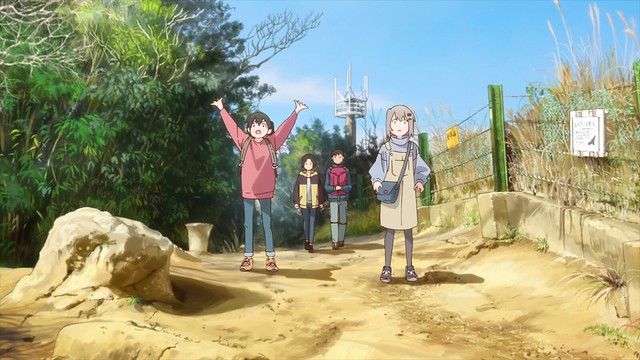 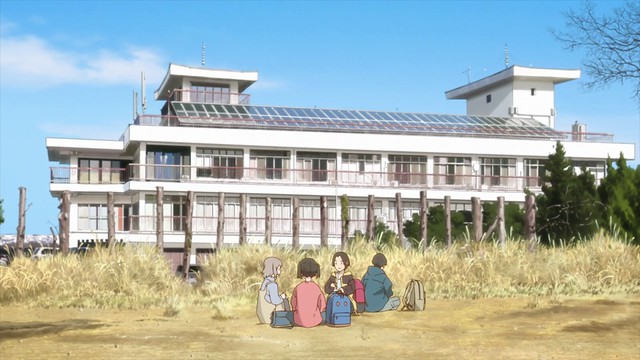 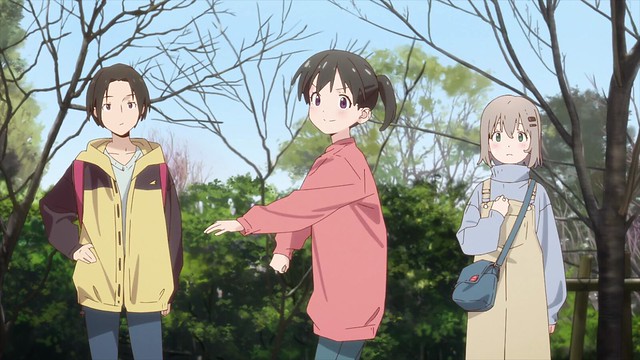 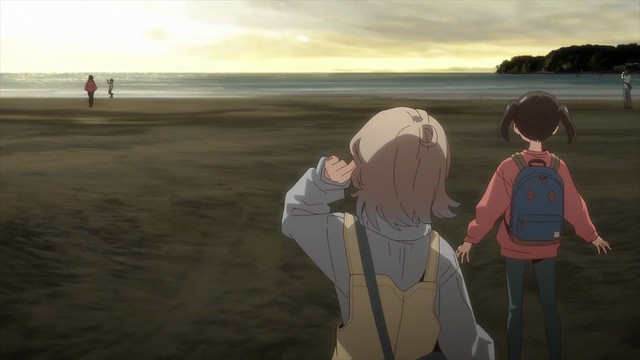 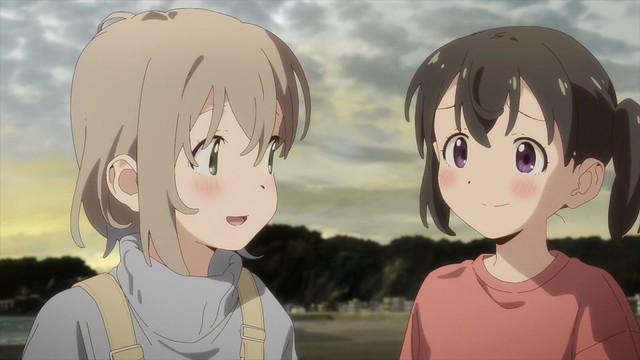 Although slice-of-life anime tend to emphasise the importance of living in the moment, as a given series progresses, the story inevitably turns towards what the future might look like. When characters begin considering said futures, those without a more concrete plan may begin to feel left behind. During the stream fishing outing, Kokona indicates that she enjoys trying new things out and opening herself to new experiences because it may be helpful down the line. This leaves Aoi wondering about what she’d like to do once she graduates from secondary school. It is natural to be concerned about the future if one doesn’t have a clear idea of what things might look like. However, just because one doesn’t have a plan in the moment doesn’t mean it will remain like this forever – I didn’t decide on my career path until I was two months from finishing off my graduate studies, but I did eventually find something I enjoyed doing. Aoi’s worries about her future have a relatively simple solution: because she had stated that the most enjoyable aspect of mountain climbing was that she could enjoy things at her own pace, it follows that the same approach is applicable for her career choice. So long as Aoi doesn’t get stuck in one spot and is advancing steadily, it’s okay to take the time she needs and determine for herself, what her future would look like. Life lessons like these have long been woven into slice-of-life anime with finesse, and spotting these elements is what make these anime so meaningful to watch: they reaffirm the things in our lives that work, and gently nudge us in a new direction if we’re in need of encouragement to better ourselves. Next Summit excels in this area, and while Yama no Susume might deal in mountain climbing, the messages Next Summit have shown off the trails are relevant to all walks of life.