I am quite surprised that no major anime blog has even bothered to talk about the surprise of the Fall 2013 season: the last time a post bore a “Full Reflection and Recommendation” title, it was August, and I had just finished watching Puella Magi Madoka Magica. Now, I enjoyed the TV series and all of the movies, having written the internet’s first (and only) review of Puella Magi Madoka Magica: Rebellion with screenshots, but today, the focus of this talk is Gundam Build Fighters, a show that I had initially followed with a moderate interest. Build Fighters is a solid series about Gunpla Battle, and Sei Iori’s quest to participate in tournaments with his Gunpla. The series takes things from Beginning Gundam one step further, introducing the idea of Plavsky particles to animate plastic models and allow them to do battle with one another: a model kit’s performance is dictated by how well built the model was, and the game occurs in a holographic battlefield that adds impressive background and visual elements. The series begins off slowly, introducing Sei to Reiji, a boy with a mysterious background and an impressive innate talent for piloting Gunpla. Together, Sei and Reiji make their way through the tournament: Sei’s impressive building skills and Gundam knowledge complement Reiji’s natural skills, allowing them to progress, and in the process, the two befriend a colourful array of individuals, including Ricardo Fellini (an Italian champion), Mao Yasaka (a Kyoto native tutored by Master Chinan), Nils Nielsen (a prodigy who aims to learn the secrets of the Plavsky particles) and Aila Jyrkiainen (a Finnish gunpla fighter), while striving for the title of the world’s strongest. 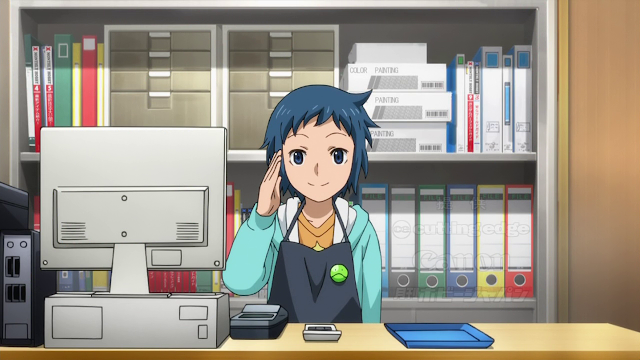 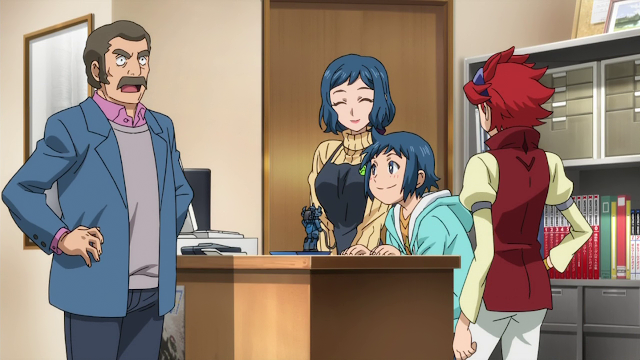 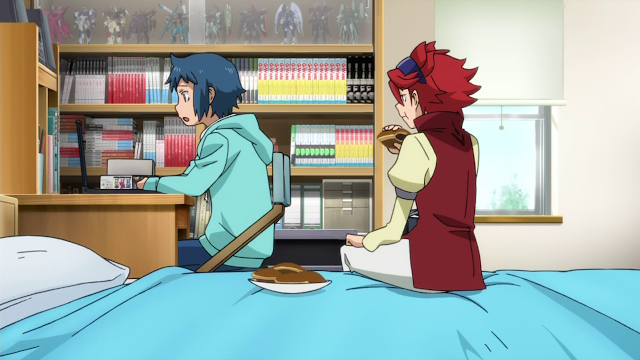 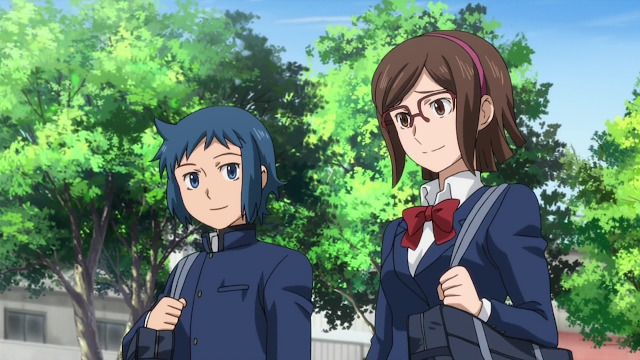 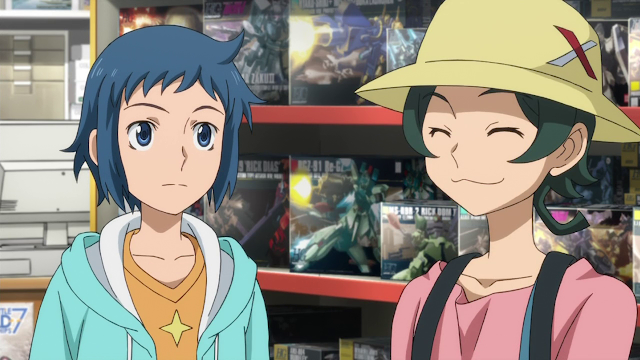 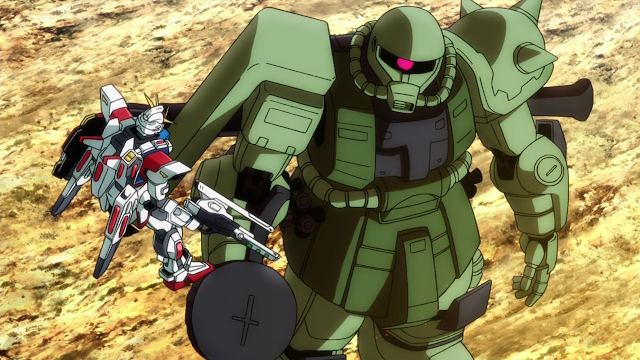 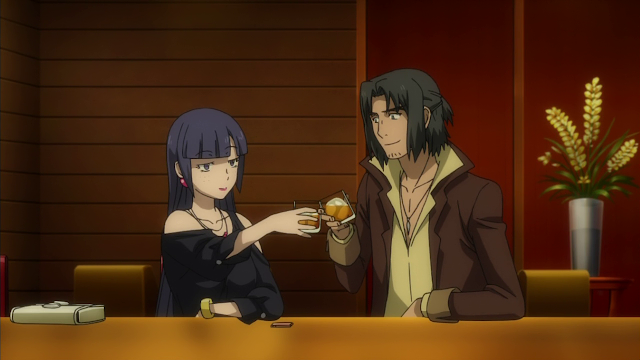 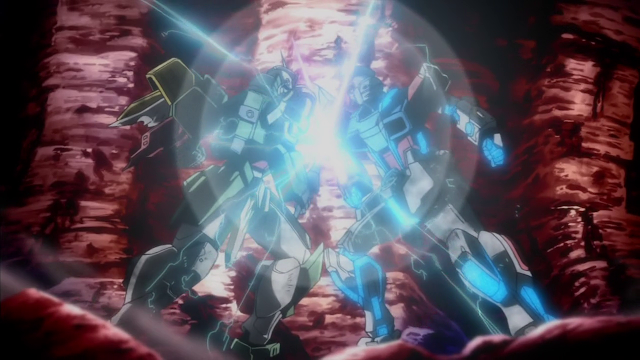 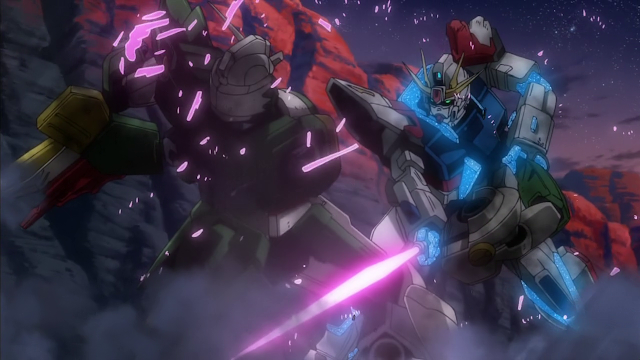 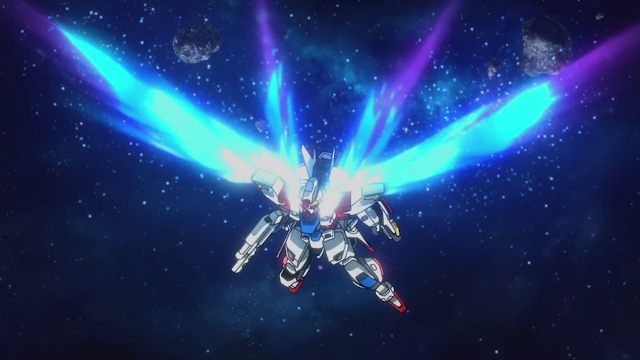 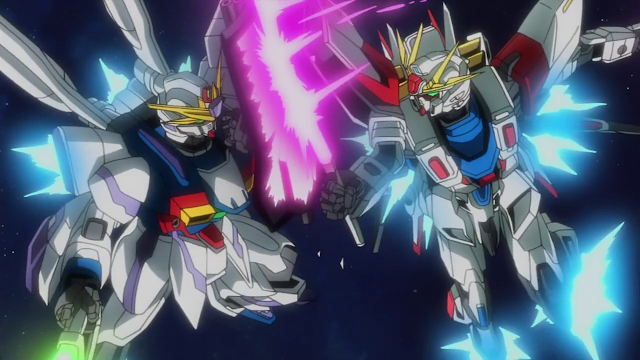 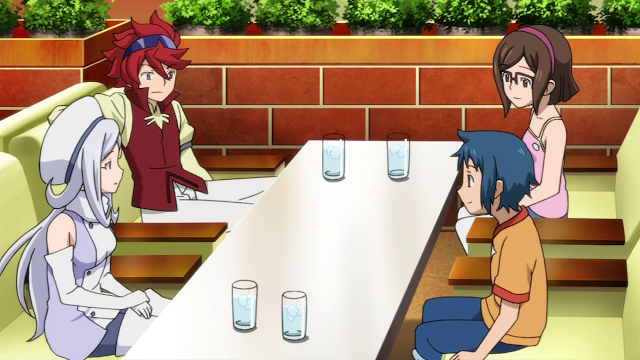 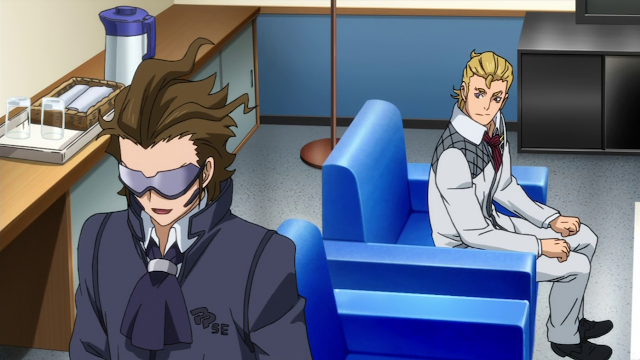 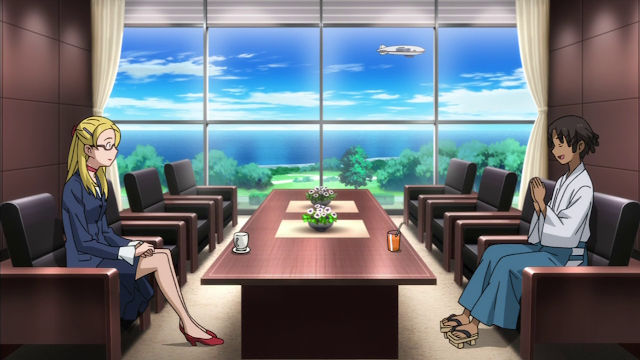 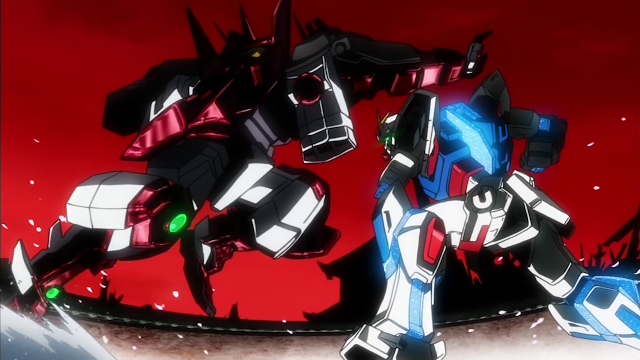 Gundam Build Fighters is conceptually no different than Beginning Gundam, and initially, the series’ slower pacing meant that I watched episodes with a moderate interest. One of my friends (with Gundam knowledge similar to that of Sei’s) greatly enjoyed these early episodes and took great joy in identifying custom models from the different universes. Sei and Reiji initially participate in Gunpla Battle together to continue evening out debts to the other. At this point in Build Fighters, the pacing is still very casual, like a slice-of-life, but as Sei and Reiji become closer as friends and put more heart into each battle they participate in, Build Fighters truly becomes captivating. The turning point for me was episode fifteen: I was no longer just watching episodes as time permitted; I was following them with great anticipation. The thrilling battle between Sei/Reiji and Fellini captured my interests entirely, and, perhaps bearing testament to my own growing experience with Gundam, I saw callbacks to elements from Char’s Counterattack in this duel, which ended in a draw. Every subsequent episode somehow managed to raise the bar further, whether it be Sei and Reji’s battle with Mao, Nils Nielsen or Aila: every episode was simply so well composed, masterfully balancing character dynamics with action scenes. The comedic moments allow for the characters to interact naturally with one another and reinforce the idea that Gunpla Battle is a competitive sport, not war, so lives aren’t at stake, but at the same time, the battles are as emotionally charged as battles from other universes, where lives are indeed on the line. However, after battles, the characters demonstrate exemplary sportsmanship, serve to remind viewers that this is a game, and that in spite of a match’s outcome, friendships can be formed, and new things can be learnt. 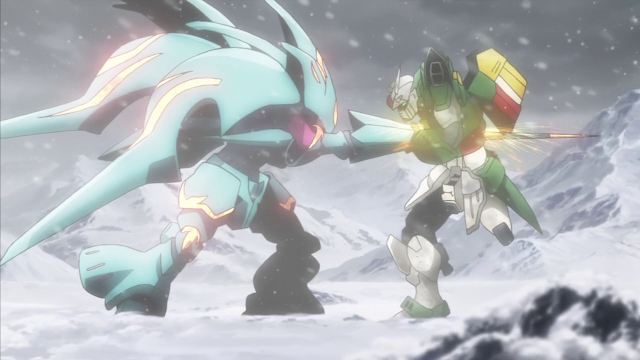 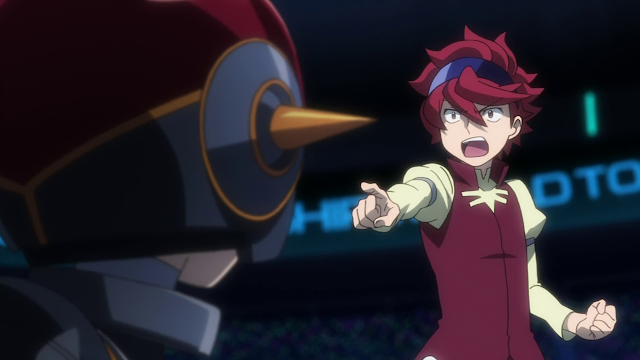 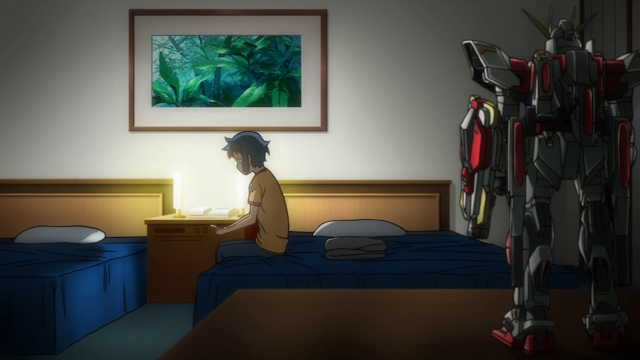 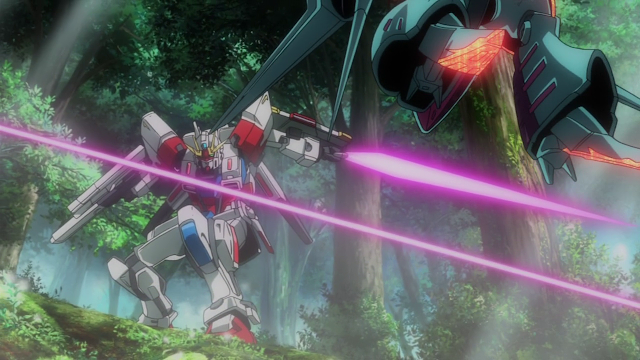 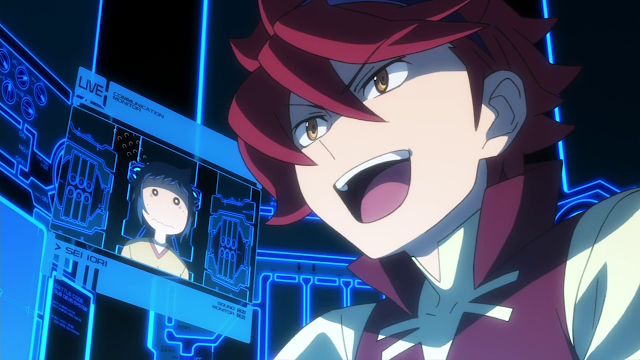 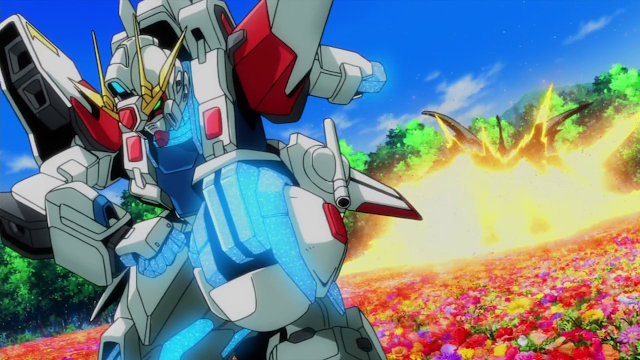 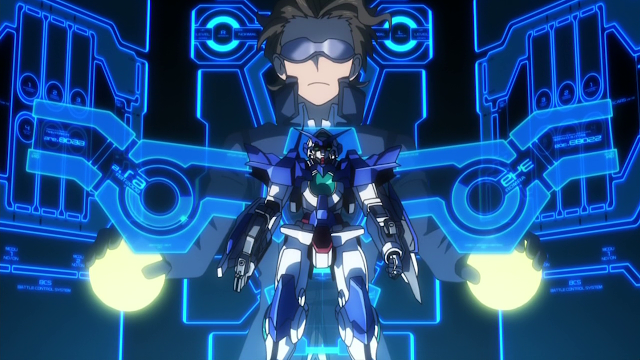 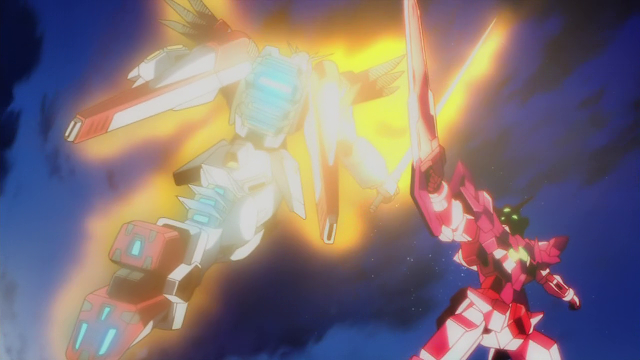 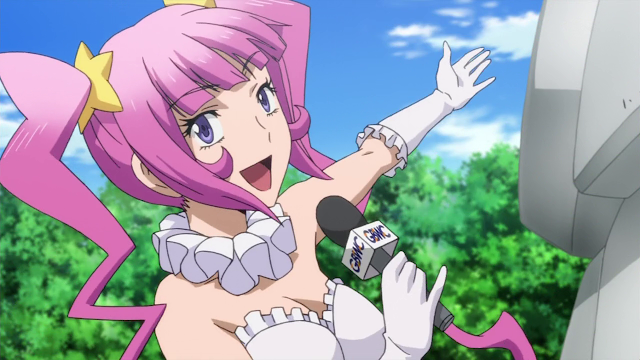 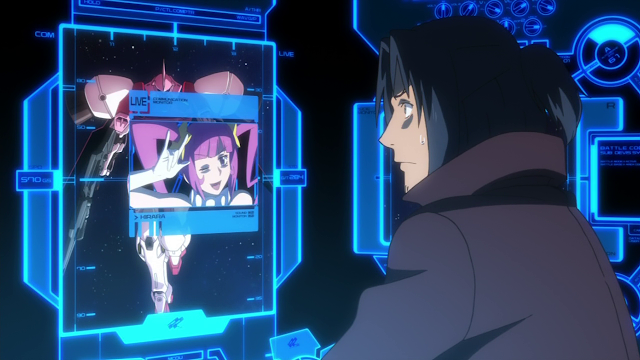 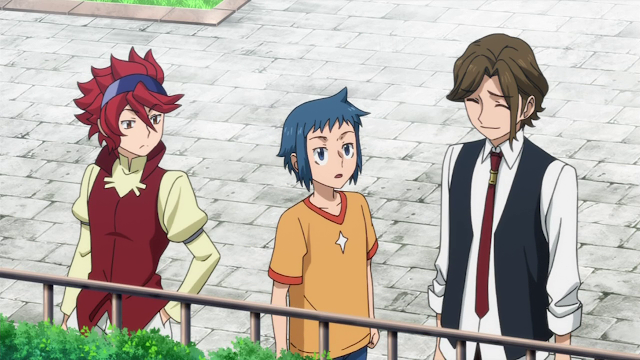 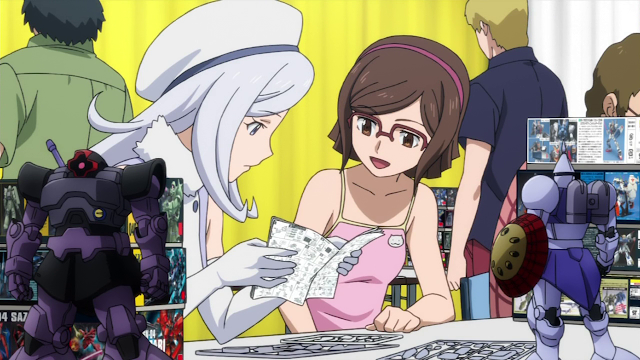 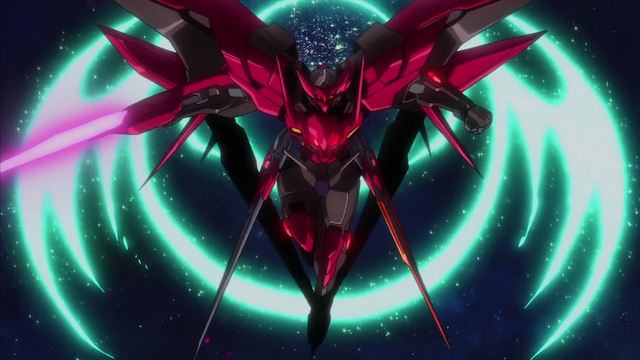 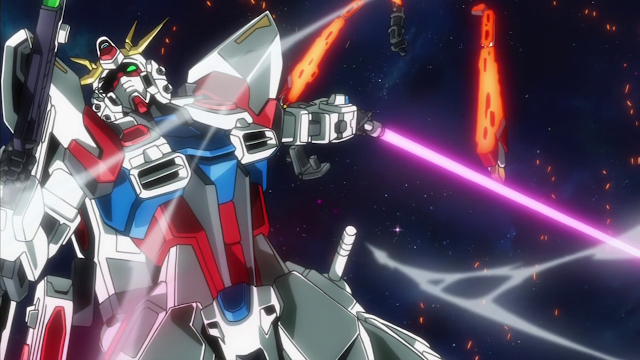 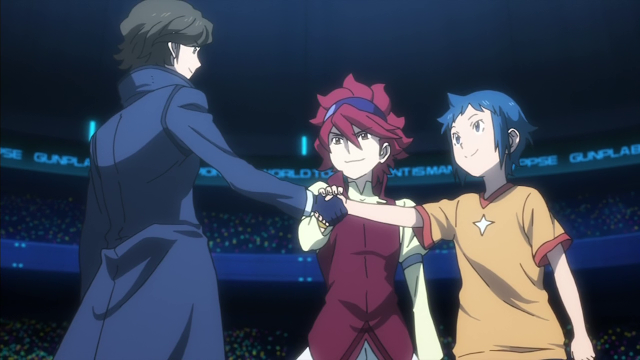 Messages of sportsmanship, friendship and determination form the core of Gundam Build Fighters, marking a departure from traditional Gundam series, where themes from warfare and human nature are brought to the table. Indeed, Build Fighters is very light-hearted in that sense, forgoing the more serious elements for elements individuals may encounter in their day-to-day lives. In this sense, Build Fighters is Gundam for all viewers, old or young, experienced or not. I realise that Gundam AGE was controversial for a handful of reasons, and I admit that I did not watch it because the more serious story stood in stark contrast with the character design, taking away from the show. Artwork does make or break a series; the character designs in Gundam AGE were inappropriate given some of the themes AGE was exploring, but in Build Fighters, the designs fit the setting properly, enhancing the series’ mood and flow. If there was a Gundam for younger viewers, Gundam Build Fighters would be it, although the show is also well-suited for older viewers who may have seen Gundam previously. Apart from appropriate character design and solid animation sequences, Gundam Build Fighters also has a phenomenal soundtrack. The musical accompaniment is very diverse, ranging from J-rock and J-pop to more atmospheric, orchestral pieces and songs that have a distinct geographic origin. There is something on this soundtrack for everyone, and listening to it is an audio treat for the ears: I enjoy the emotional pieces the most. When everything is said and done, Gundam Build Fighters excels because it is able to bring in elements for both old and new Gundam fans, and incorporate all of these elements into a series that never tries to be excessively serious or dramatic. The end result is a product that is engaging and incredibly fun to watch.