3 Comments Posted by infinitezenith on May 4, 2013

March 20 was a sunny, warm start to Spring 2013. While Spring would subsequently kick off far cooler than anyone had expected, March 20 turned out to be a magical day. I had woken up to sunshine, and woke up with the intention of making the final set of changes to my thesis paper, which was due on Friday. March 20 was the release date of Gundam Unicorn‘s RE:I AM (by Aimer), the ending song to the sixth episode. RE:I AM effortlessly became my favourite of the ending songs (right up there with Earthmind’s B-Bird), and I had looked greatly forward to the song’s arrival. The NSERC results had also announced on the 20th, much to my surprise, and as such, March 20 was shaping up to be a great day. By the time evening had arrived, my thesis paper was nearly completion, and I decided to take a break. At that time, a friend asked me about the Left 4 Dead/Resident Evil crossover, noting that he wished to play L4D2 at some point in the future. I replied by asking him how much L4D2 was, and, with my own curiosity piqued, I decided to check for myself. To my surprise, the game was on a discount: at 75% off from its regular 20 dollars, the offer was too good to pass up. We made our purchases immediately and have since then, become the proud owners of L4D2; upon the completion of our academic term, we resolved to familiarise ourselves with the game and engage in co-op missions. At the time of writing, academic term is over, and we will likely begin our crusade against zombies very soon. 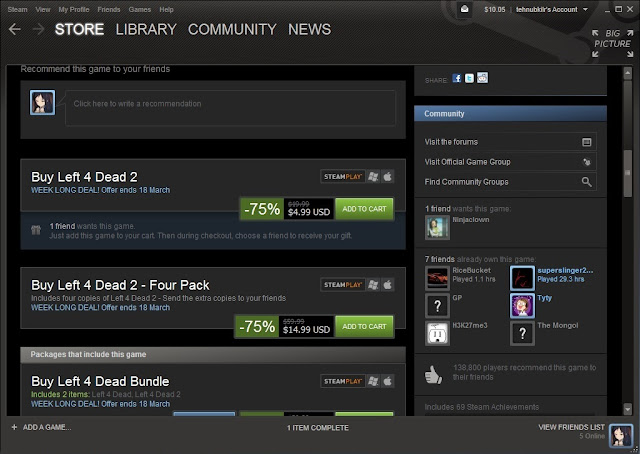 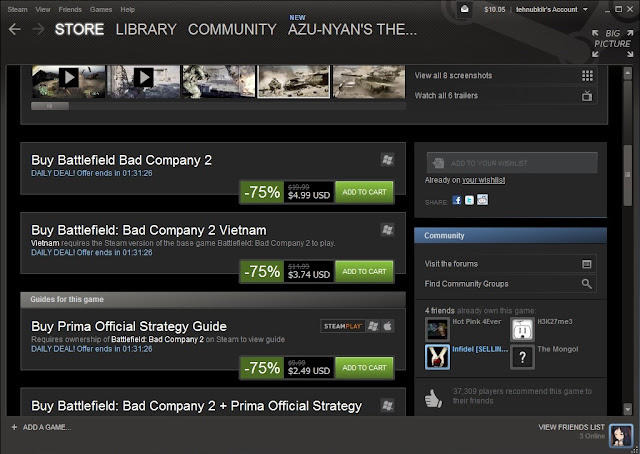 Mere days after the deal I got on L4D2, another sale would catch my eye. April 6 was a foggy, cool morning; as the mists blanketed the landscape and obscured the familiar, I was in the process of studying for a quiz, which would involve the tuple relational calculus, domain relational calculus, XPath queries and table normalisation (first, second and third normal forms). However, before I began, I was scrolling through the Steam Store on the iPad, thinking about what games I would have liked to add to my library once term ended. In a curious stroke of luck, the Store displayed Battlefield: Bad Company 2 on its “Today’s Deal”. With only an hour remaining, I jumped online and made the purchase before the deal expired. However, at the time, my Dell XPS 420 was unable to run the game owing to its video card (an ATI HD 2600 XT, for the curious). I would have likely installed it at the time, but as my computer was unable to play it, I consented to continue studying for my databases course and preparing my thesis defense presentation, before heading to a friend’s place that evening to partake in preparing and enjoying spaghetti with sausages, Scrubs, Cards against Humanity (Canadian edition) and relaxing in t3h hot tub.  This time, my old machine’s incapacity to play the game meant that I would not be able to procrastinate, and as such, may have very well contributed to my completion of my undergraduate honours program on a high note. Given that it is summer now, and four weeks since that foggy, cool morning, I believe the time has come for me to capitalise on these purchases and see where the adventure will take me.

Back on August 16, the developers at Valve released a shiny new co-op update, allowing players to share their own maps. The update also players to test these maps out using a quick-play function, similar to that in Team Fortress 2. However, co-op wouldn’t be co-op without a friend participating, and so, the developers gave to those with Portal 2 a 75-percent off coupon for Portal 2, to give to their friends such that they may also join in on the Festivities. The offer will end on August 30, rendering all unused coupons ineffectual. 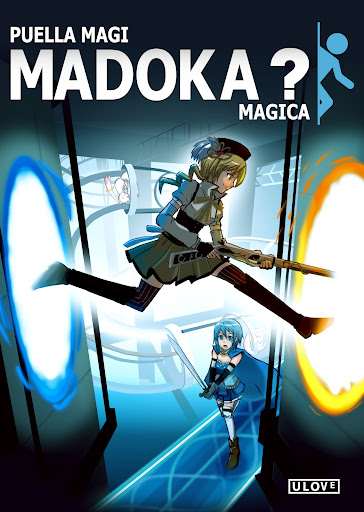 Shortly after this offer was announced, I received my own coupon to pass to a friend. The purchase process, from what I’ve seen, is remarkably simple. Once a user acquires the coupon, if they have enough Steam funds to purchase the game, they would be able to buy Portal 2 for 5 dollars. This deal is phenomenal, and even if it does not necessarily entice new players to co-op mode, it will nonetheless provide some with the incentive to try Portal 2 out. The game originally cost 20 dollars, and it was a great deal then. At five dollars, there’s really no reason not to hold back. 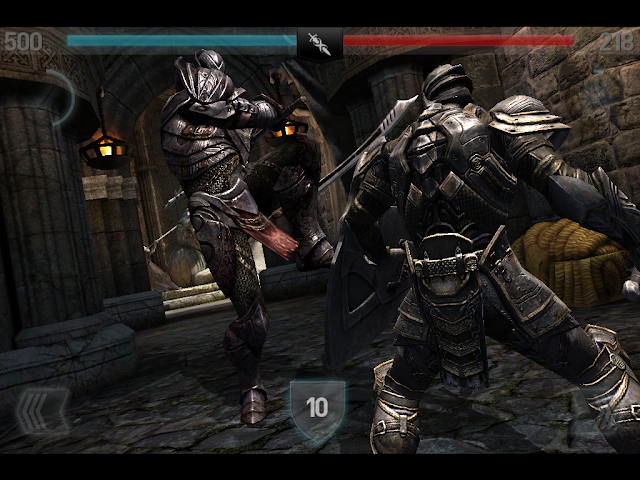 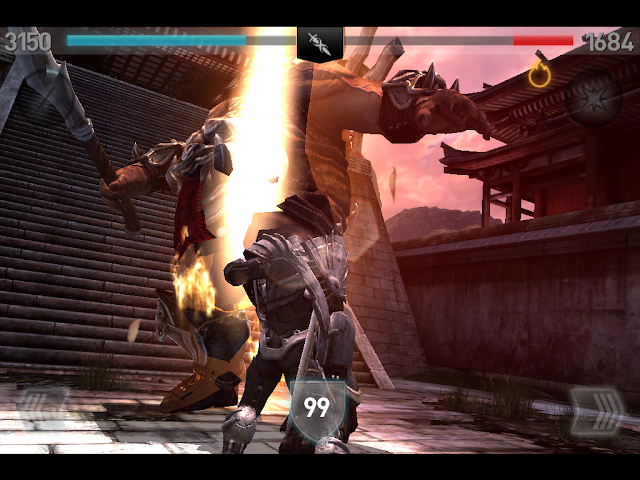 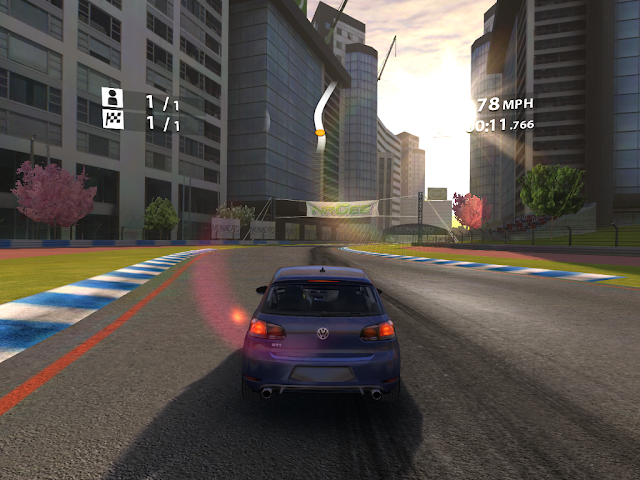 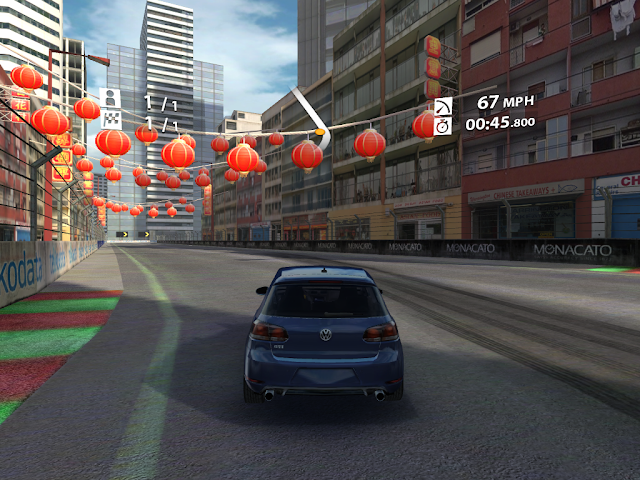