Thoughts of Metro: Exodus while crossing the Flood-Stricken Bridge in Metro: Last Light

“If you’re on the fence about buying this game, I was reading that the PC version uses a lot of power…I know that some people have the most monster computer, and I can’t even run this at a hundred percent.” —TheRadBrad on Metro: Last Light

Motivated by the recent E3 announcement of Metro: Exodus, I returned to the mission that I played through the day that campus had been closed owing to the Great Flood of 2013, and as the rain continued to fall outside, I reached this point in the campaign, following the young Dark One as he guides Artyom to his destination. Artyom’s pursuit of the young Dark One takes him back to the surface, where he intends to travel to Polis and make known the truth at a peace conference. As Artyom begins making his way across the bridge, a ferocious rain storm picks up, obfuscating the large number of enemies. In my original playthrough and a second one during the following summer, I went loud in this mission and immediately found myself against hordes of mutant animals. Fun it may have been to shoot my way through things, to acquire the screenshots for this short talk, I decided to go with a different, quieter approach: I made use of the throwing knives and carefully moved across the bridge. Firing exactly zero shots right up until the zip-line, it proved much more effective to be sneaky. Some of Metro: Last Light‘s best moments are set in the ruins of Moscow above the metro tunnels, and after starting out in yet another tunnel, the E3 demo brought viewers to a beautifully-rendered village above-ground. Artyom removes his mask, suggesting the air is clean, and equips a crossbow before preparing to board a train in the Ural Mountains. The sequel to Metro: Last Light, Metro: Exodus follows Artyom and Anna as they move with other Rangers to the Far East. Exodus will feature a new crafting system and dynamic weather, as well as a greater degree of open-world elements compared to its predecessors, and is set for release in February 2018. 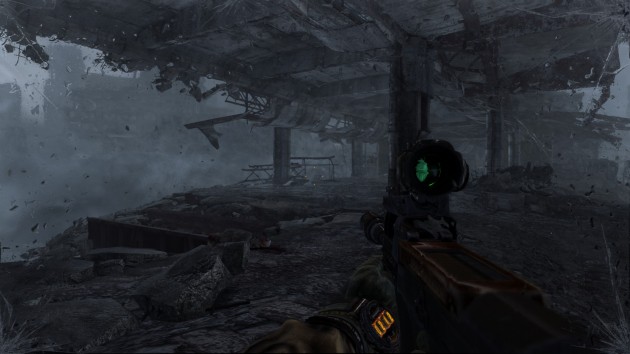 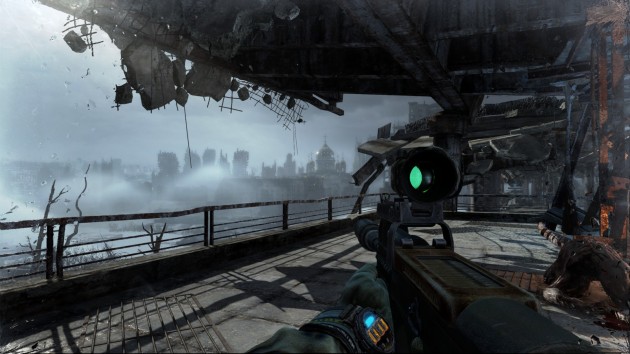 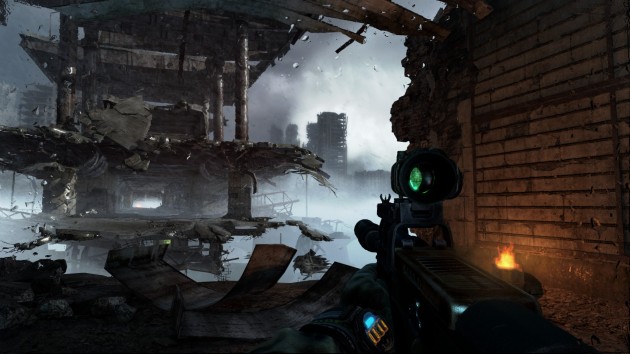 When I first played through Metro: Last Light during 2013, I was impressed with the narrative and visuals of the game. Delving into things, I became more familiar with the Metro franchise as a whole, and it was therefore a pleasant surprise to learn that a continuation was being made. From the E3 footage and new information, the game is becoming closer to the title I was anticipating after watching “Ten minutes in the swamp” to learn more about the game I received with my old GPU. With its greater emphasis on crafting, and open exploration in conjunction with superb visuals, I am excited to see what directions Metro: Exodus will take. Further to this, the fact that Metro: Exodus is set in the Eastern reaches of Russia, with the eventual goal of reaching Siberia, Kolyma or even the Kamchatka peninsula, has greatly elevated my interest in the game. I’ve long been drawn to the mysterious nature of Russia’s far east beyond the Ural mountains, and a game set here provides a fantastic opportunity to explore a virtual interpretation of this side of the world. Cold, vast and desolate, it is here that some of Stalin’s most infamous Gulags were situated, and even today, the remoteness of the area means that populations remain very low. The area’s history means that, even though the terrain and biome is quite similar to the forests and tundra of Canada, there’s a sense of history in Russia’s far east that is simply absent in Canada. As such, I look forwards to learning more about Metro: Exodus, although it is most likely that I will, as I have for numerous games previously, pick it up once I learn more about the system requirements and game length, before making a definitive decision to buy the game shortly after launch or otherwise wait for a sale.